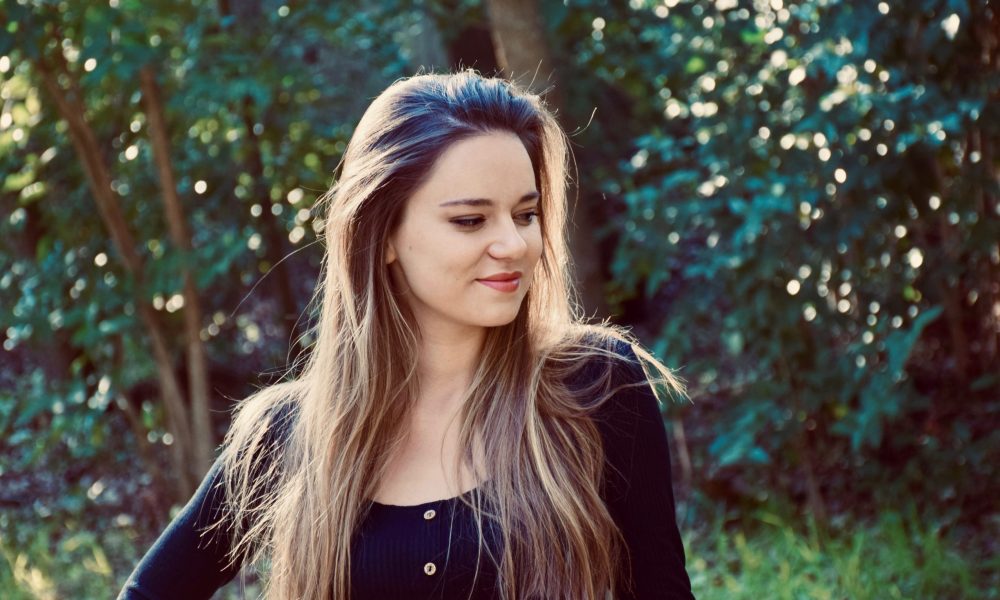 Today we’d like to introduce you to Sandrine Rudaz.

Sandrine, can you briefly walk us through your story – how you started and how you got to where you are today.
What many people do not know about me is that before becoming a film music composer, I was a classical pianist. I actually entered the conservatory in Switzerland at the age of three, where I started the piano a year later. My father never had the chance to take music classes, so when I asked to play the piano, he directly enrolled me in the conservatory. I think he wanted to offer me the opportunity he never had. I then spent close to 20 years studying and playing the greatest classical composers.

I discovered the world of film music in my early teenage years. At this point in my musical journey, I was a bit bored with playing other people’s music, so I said to myself “Why not writing my own music?”. In parallel, I was falling in love with the music of Ennio Morricone and Yann Tiersen, two composers who greatly influenced who I am as an artist today. I first started to compose for solo piano only, which I sometimes still do today! This year I released my first piano solo album, Papillon, in which some tracks are definitely an introspection into these formative years.

It was clear to me that I wanted to become a professional composer, so I went on to study music and got a Bachelor of Arts in Music from the Conservatory of Lausanne, in Switzerland. At the time, I was aware that to really develop my skills and fully exploit my potential, I should leave my tiny country. I decided to fly to the USA to do a Master of Music in Film Music. I spent a fruitful year at the Pacific Northwest Film Scoring Program. Thanks to my amazing mentor, 2-time Emmy-Winner Hummie Mann, I expanded my skillset and learned everything I needed to know to jump into the unknown and start working as a freelance composer.

Upon graduating, I moved to California where I still live today. It’s really an exciting adventure for me. Coming from a tiny country like Switzerland, I am still amazed by how easy it is to make connections. I got to meet so many of my legends, like for example Alexandre Desplat or Danny Elfman at a recording session at Fox. I also had the privilege of being selected to the SESAC Scores workshop with John Swihart, known for Napoleon Dynamite and How I Met Your Mother.

I am very fortunate to have worked on more than twenty films in all genres including five feature-length films over the last year. I am just overwhelmed by the amount of talent and excellence I encountered! It’s always an amazing experience to collaborate with a talented director and help bring his/her story to life with my music. It’s a very rewarding process!

I would also like to emphasize that I don’t see myself as only a film composer. I love writing music for the stage or for video games. Most importantly, I also spend a lot of time and energy producing music as an artist. For example, I released my first piano album a couple of months ago, I also write orchestral pieces like Aurore Boréale and Moonlight Grief. This part of my journey is important to me. That’s where I get to really express who I am as an artist. I am still supporting a story, but the story is not given to me by a director, it comes directly from my heart, from my emotions. In some sense, when you listen to my music, it’s a bit like if you were listening to a part of me.

Overall, has it been relatively smooth? If not, what were some of the struggles along the way?
Of course not! It’s a very tough industry. You get nothing for free, working very hard is necessary but not always sufficient. There are always unexpected events along the way. What is key, I think, is to have the right mindset. I see every failure as an opportunity to get better. For example, if I send a demo to score a film, and that things don’t work out, my understanding is that there are one or more aspects of myself that I can improve to become an even better composer. In some sense, I am even grateful for these things to happen as they show me where I should work on to become the best version of myself!

We’d love to hear more about your work and what you are currently focused on. What else should we know?
I write music for films, video games, and theater. I see myself as a filmmaker, working closely with the director to empower the story. In some sense, I use music to create an intimate connection between the audience and the story. That’s what I do.

Each film is a different journey. I sometimes start writing music to the script. That’s often the best scenario as the cast can get inspired by the music on set. I can also dive deeper into the director’s head. My goal is always to find the best style, the best sound, and the best colors to craft a unique and memorable score. It works best if the composer gets involved early. Of course, in practice, producing a film is such a complex process that it’s not always possible and deadlines can be ridiculously short. For example, for one of the feature films I scored this year, I only had two weeks to produce more than 60 minutes of music! That sounds pretty crazy, but in fact things worked out very well. Such short deadlines just make it more challenging for the team, but nothing is impossible.

I’d like to mention one last thing. People also often think of composers as these lonely artists spending time alone in their dark studios. There’s a little bit of truth to that. But I really think of my job as the CEO of the music department, which can include more than 100 persons if you count musicians! Producing a score implies so many different tasks, from negotiating a contract to dealing with the orchestra players. In every single step, I am the person in charge. This means that, on top of being a creative, I need to be a leader. That’s probably one on the most rewarding part of my job.

What is “success” or “successful” for you?
Success is a very personal and relative concept. It all depends on what you compare yourself to. Over the last year, I was nominated to and won many awards, including a few prestigious ones like the Jerry Goldsmith Awards and the Hollywood Music in Media Awards. A newspaper even named me “Personality of the Month” in my home country. Some people may qualify all this as tremendous success, while some others would judge it as close to nothing. Personally, I take these recognitions as signs that I’m on the right path and that I should keep going forward. 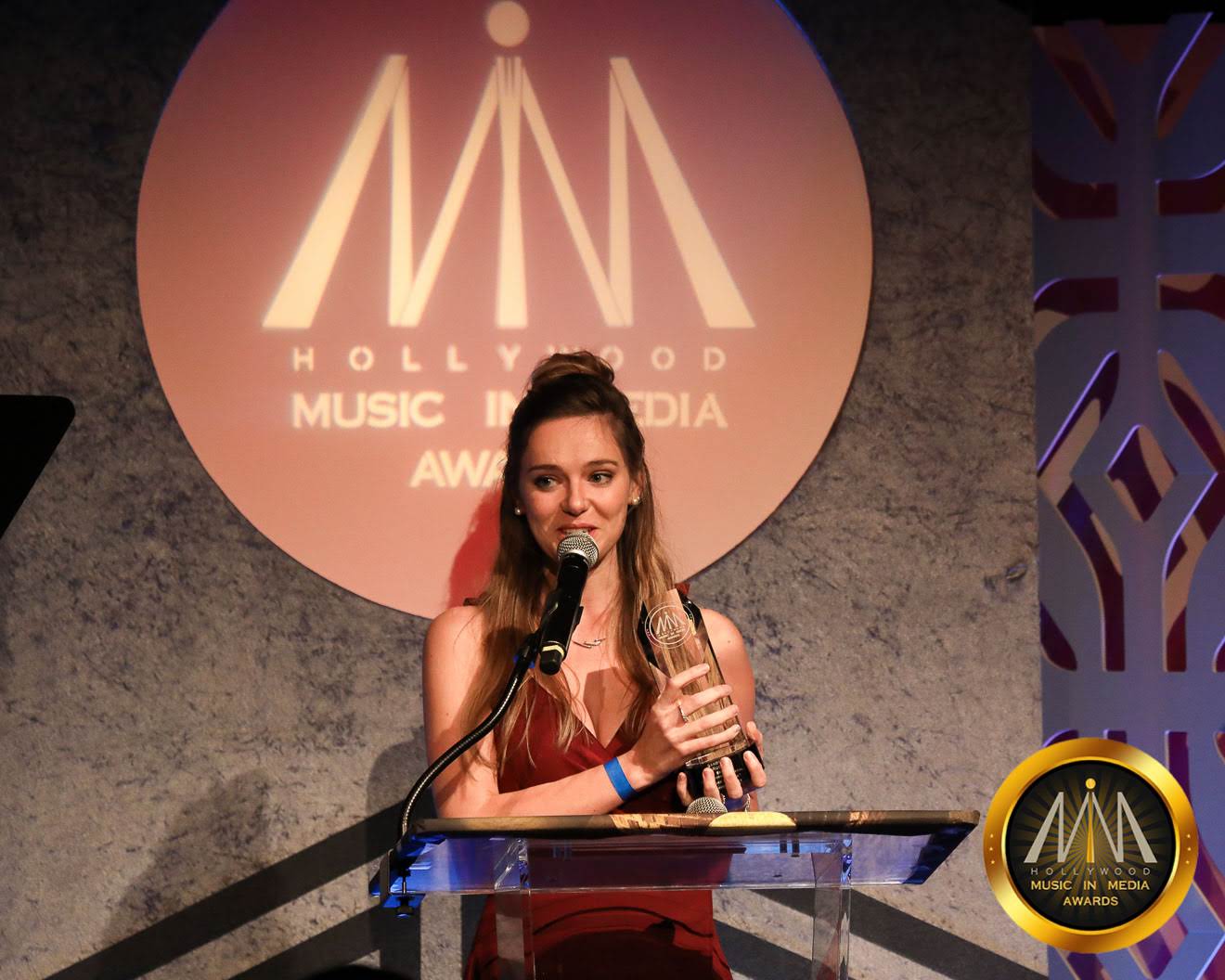