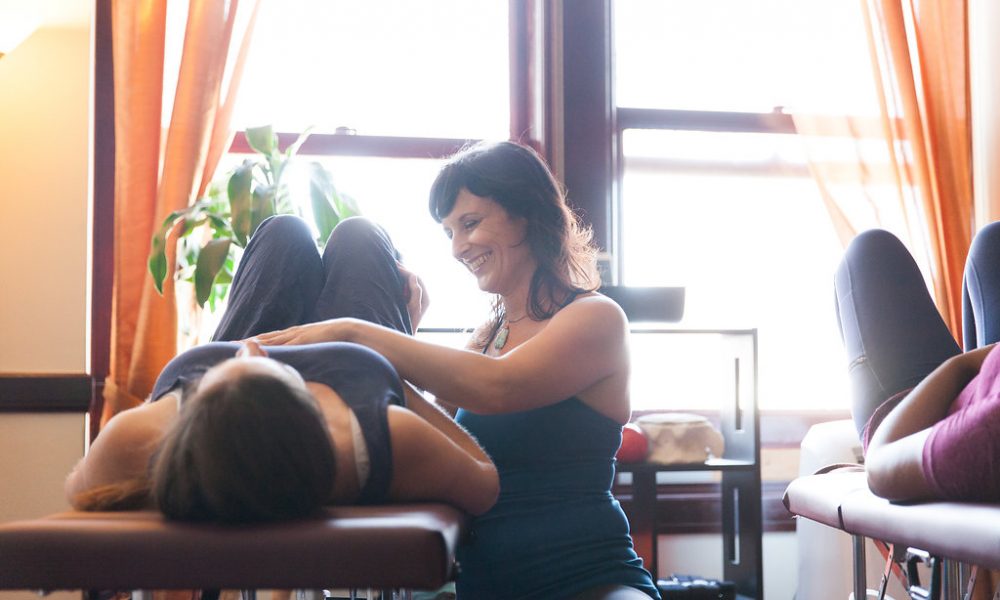 Today we’d like to introduce you to Sally Kleinbart.

Sally, can you briefly walk us through your story – how you started and how you got to where you are today.
Like most peoples’ stories, how I got to this point is a circuitous strand winding throughout life. As a super-sensitive kid, I would sometimes intuit information about people, including where to put my hands in order to help them. I think it was overwhelming and confusing at such a young age, so I mostly shut out those intuitions.

As I entered young adulthood, my body was creaky and painful without ever having experienced any obvious physical injuries. I sought out a chiropractor or two and loved the sensation of being adjusted. I also felt like there was more, as the adjustments didn’t seem to last for me.

I ended up going to massage school and fell into the remembrance of “knowing” where to put my hands. I again had this feeling that there was more than the massage tools I had learned.

A few years later, I was introduced to a chiropractor who had been a structural engineer before going into the healing arts. He had an amazing combination of intuitive skills, (thus my introduction to “energy work”), and knowledge about physics, physiology, kinesiology, and biomechanics. He was especially adept at working with fascia and viscera (organs) and mentored me in subtle, but effective, deep internal work to release and unwind the body. As he said, “bones don’t move themselves,” so with him, I learned to trace back to what was pulling on them to begin with. I felt this was the missing piece I was seeking with prior techniques or therapies I’d received or studied in the past.

I apprenticed with him for a few years and then was inspired to get the Doctorate of Chiropractic to hone my adjusting skills, and intimate knowledge of anatomy, physiology, and the nervous system. Later I learned more about Body Psychotherapy, Traditional Chinese Medicine, and Visceral Manipulation, including how each organ helps us process excessive emotions. Organs can get overloaded with emotions, creating disharmony (and later, dis-ease). Throughout all this, including my own physical practices like yoga/movement and meditation, I rediscovered my connection to intuition. All these things inform my sessions, which is why I called the business “Synergistic Chiropractic.”

Overall, has it been relatively smooth? If not, what were some of the struggles along the way?
If my life wasn’t challenging in its own ways, I might never have been nudged to discover how to help myself and share what I learned. Committing to being present for others one-on-one, for me at least, means a constant reconnection to my own path and journey through confrontation of my own stories and archetypes and stubbornness and physical stuck-ness.

When I began to realize that we are not fully “in control” of our lives, it became a little easier to fully relinquish what control I thought I had, which feels more free. There are often plenty of “obstacles,” but I try to look at them as places I could let go more, or find a creative solution to be present to life. That sounds obnoxiously Pollyanna, so let me follow that with “I do the best that I can.” We are all works in progress, myself the most! But the obstacles I experience all make sense when I look at them from a more energetic perspective, and how they fit into the current archetype of my life.

Alright – so let’s talk business. Tell us about Kleinbart Synergistic Chiropractic Inc – what should we know?
I’ve been told I have a different perspective and way of touch than most people have experienced before. Maybe the best example I can provide is the story of my favorite session thus far:

A woman I had treated for a couple of years was nearly two weeks past her due date with her second child. She was scheduled to have the labor induced the following day, as her first labor had also been. She contacted me, hoping we could get her body to relax and give birth without being induced. I could sense in my hands (on top of clothes, lightly touching), that there was scar tissue on her cervix. When I inquired, she confirmed and said it was from a procedure 20 years prior. I could tell that the haphazardly laid-down tissue lacked elasticity, making it difficult to give into the uterine contractions and dilate.

As I worked on this area–again, fully clothed–each time the cervix softened and got a little more elastic and able to release and relax, the baby would drop down another inch. She stood up, and her bump was a foot lower than it had been when she arrived! She went into labor and delivered 13 hours later without being induced!

Obviously, every scenario is different, but we were both elated that she was able to have a far less stressful labor and delivery than she’d anticipated! And while I describe it as “energy work,” it’s a very physical shift that she could feel, and her body showed, as the tissues released and relaxed. Being able to affect not just one but TWO lives at once is so beautiful, especially when someone is able to come into the world a little more peacefully.

Any shoutouts? Who else deserves credit in this story – who has played a meaningful role?
There are so many whose shoulders I stand on. D.D. Palmer, the “father of chiropractic,” called himself a magnetic healer. I believe he was doing similar work back in the end of the 19th century, as I often describe what I do as magnetic healing, as in the electromagnetic system that courses in, through, around the body. This is what acupuncture is based on, one of the most ancient healing practices whose concepts also influence how I work. Carl Jung’s work on archetypes, along with Dane Rudhyar, who took Jung’s work and applied it to the astrology of personality, have influenced my perception and the work I do as well. I also don’t think it’s a coincidence that Tesla was intuiting about electricity, magnetic fields, and the idea that the earth is a giant brain of which we are all neurons, at the same time D.D. Palmer was practicing “magnetic” healing.

My biggest teacher/guide in personal development and my own soul’s journey is my counselor/astrologer/tarot reader, Kit Wilkins, who encourages me to speak and live in truth. My first mentor in bodywork, the chiropractor who initiated me into this crazy Hogwarts journey, was the Right-Rockin’-Reverend Dr. Kevin Michael (rest in peace). Also, Dr. Jack Lee Rosenberg (rest in peace), and his wife Dr. Beverly Kitaen-Morse, whose work Integrative Body Psychotherapy (IBP) was essential to my experience of working with mental energy stuck in the body. 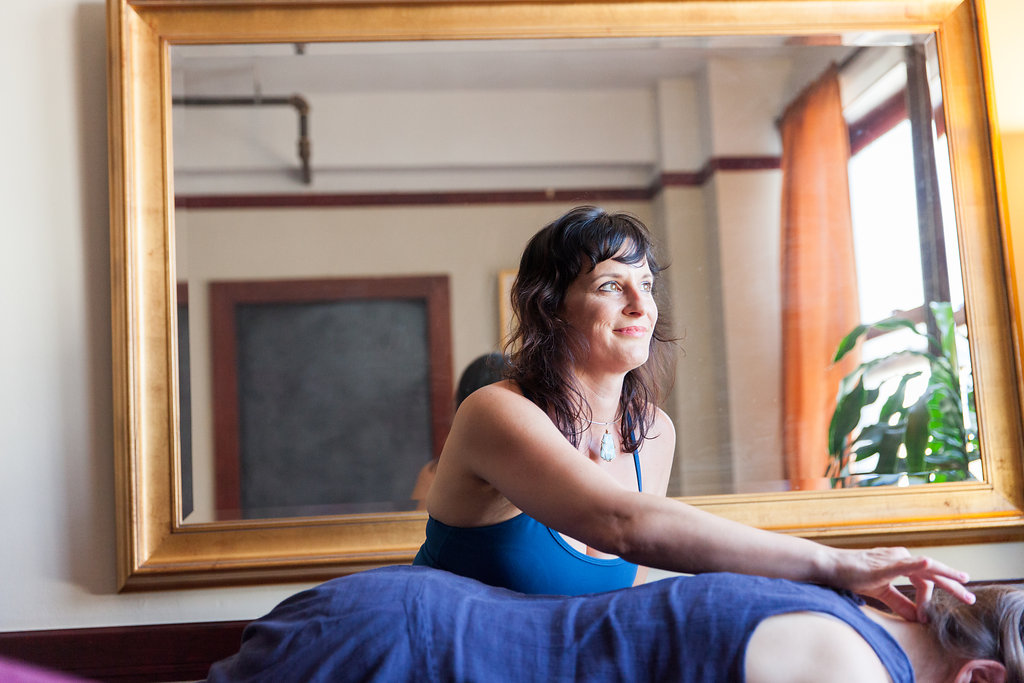 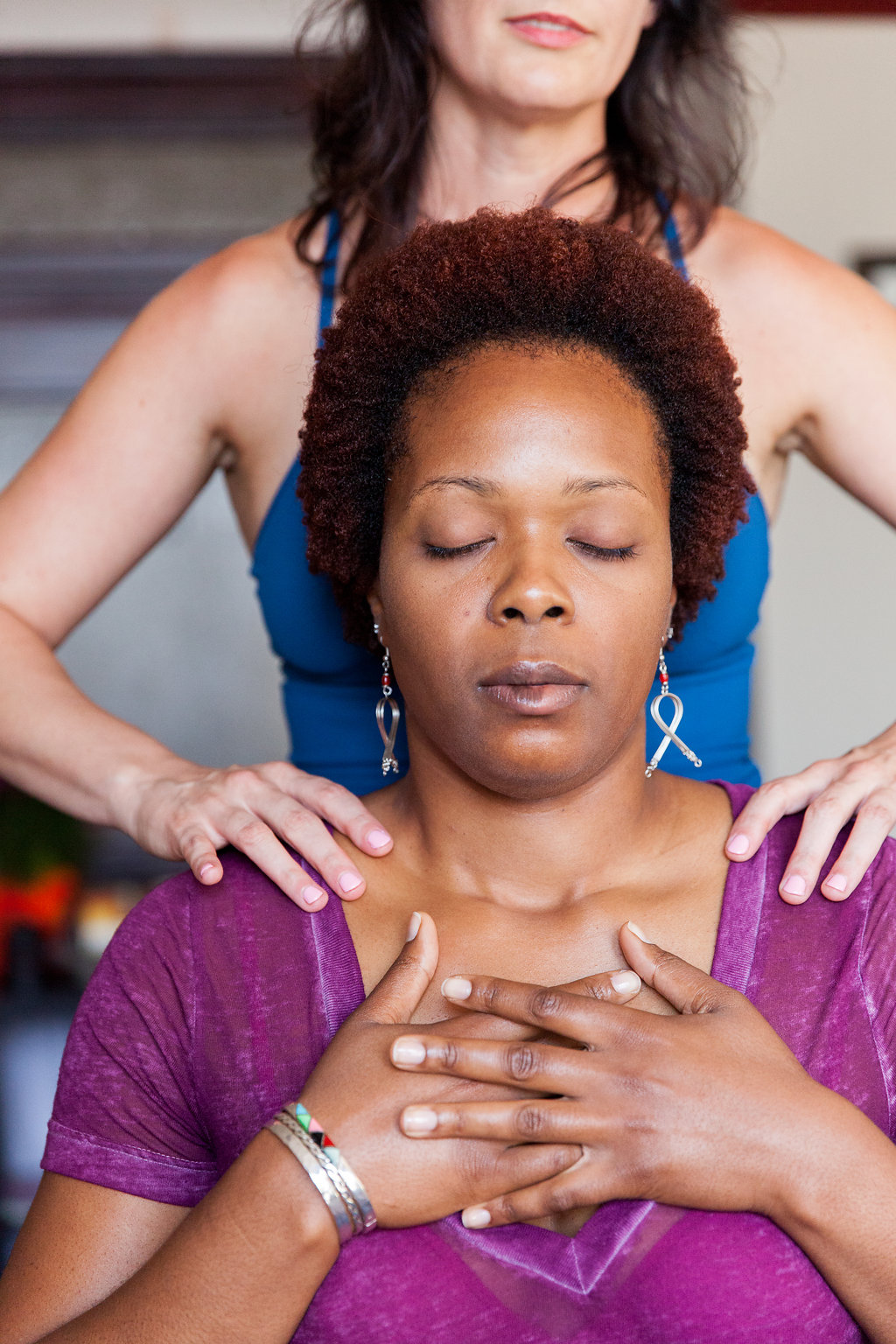 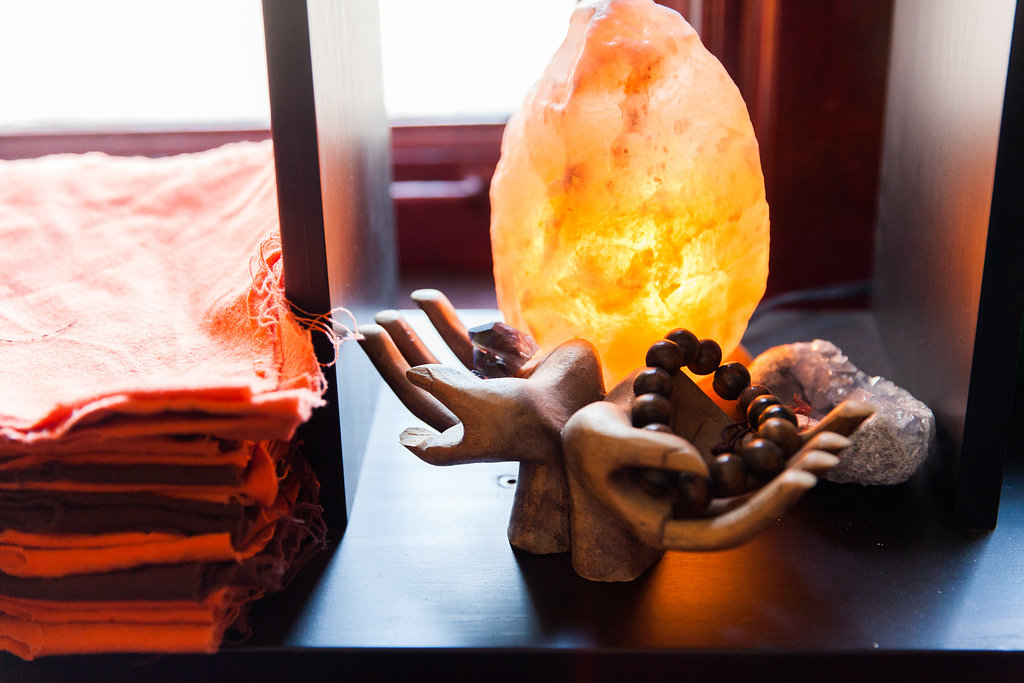 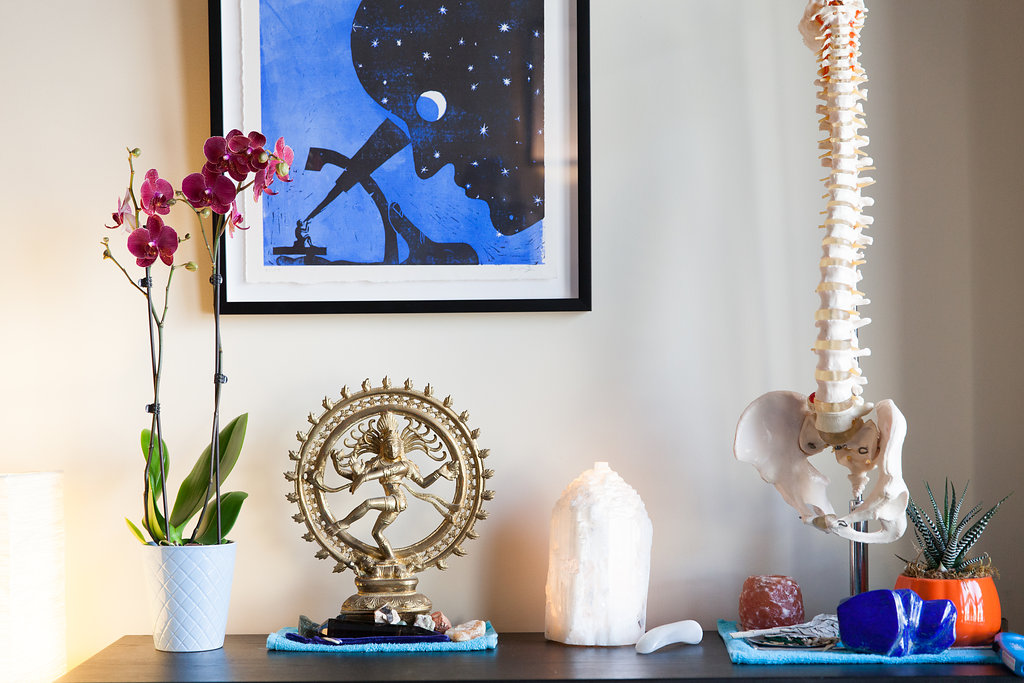 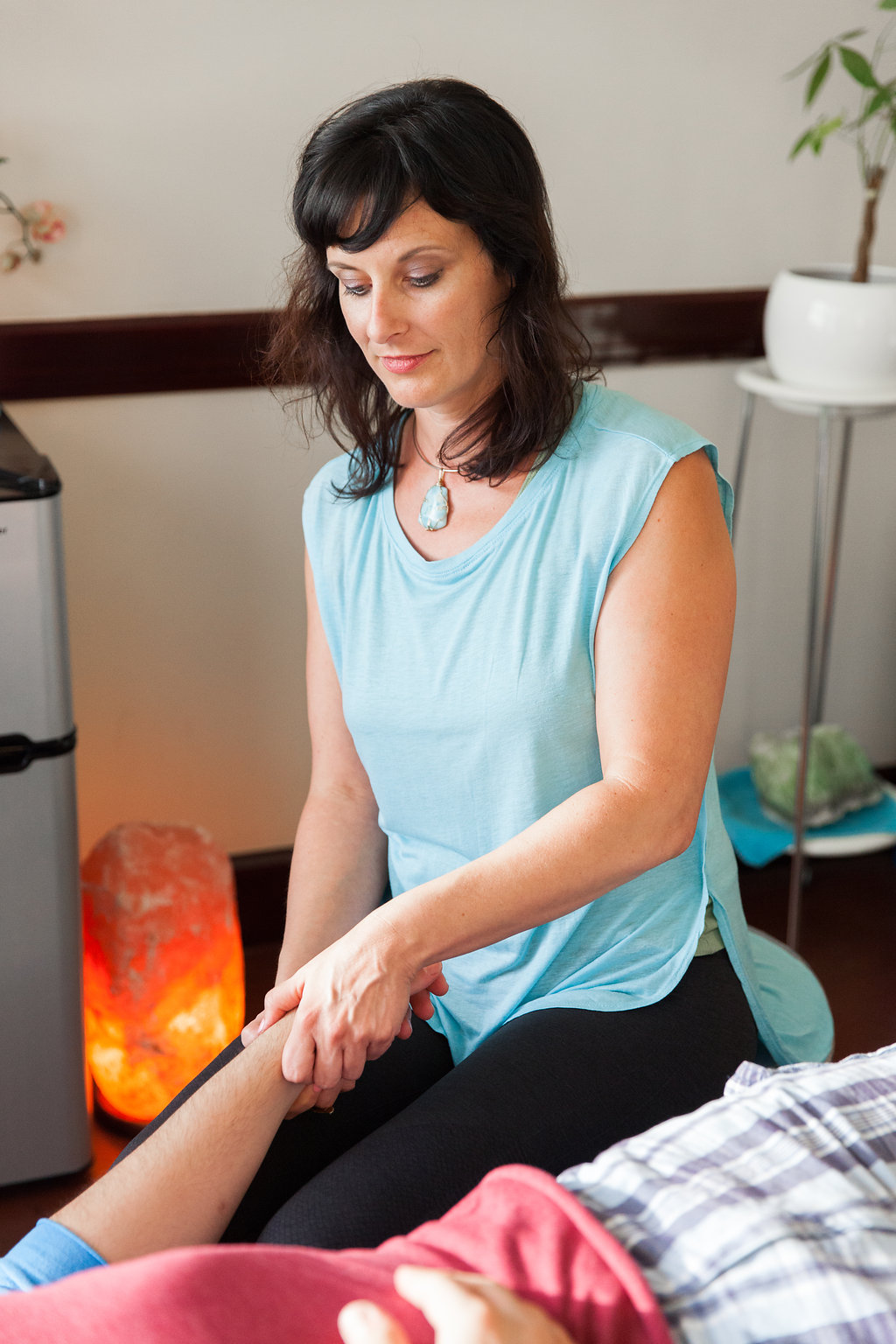 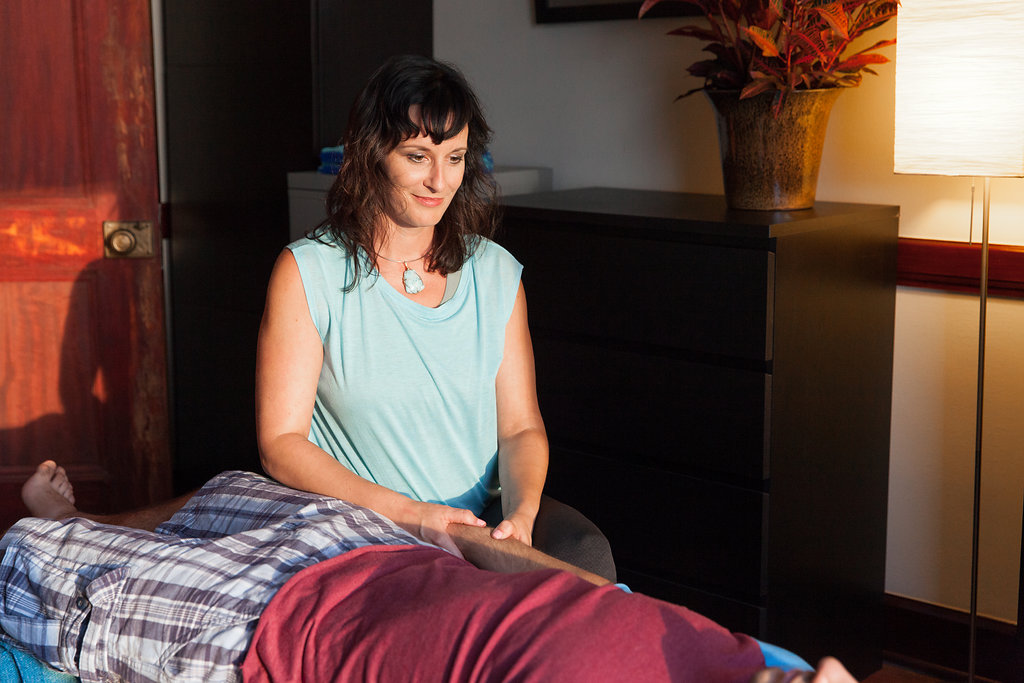