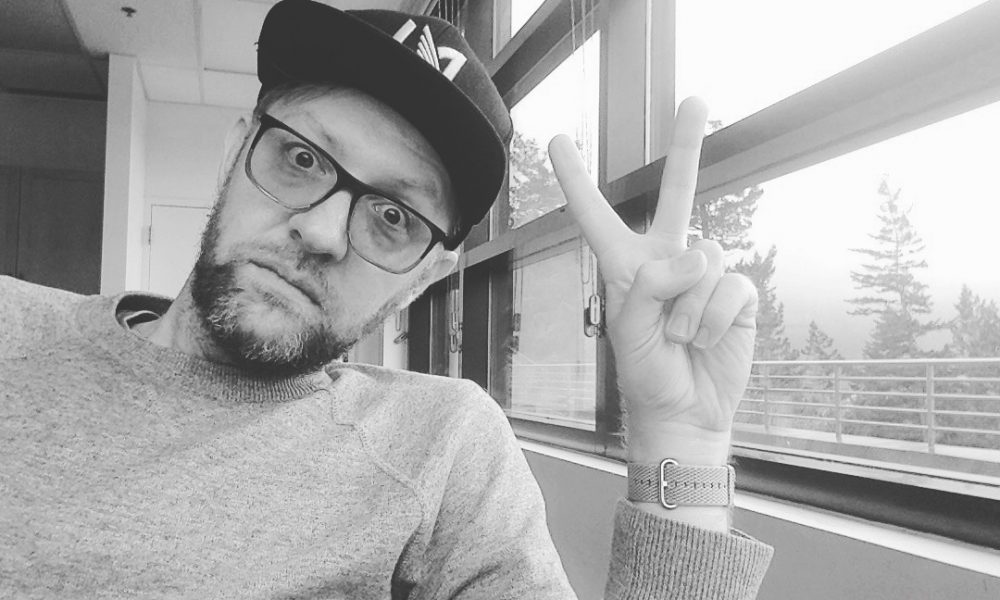 Today we’d like to introduce you to Russell Quinn.

Every artist has a unique story. Can you briefly walk us through yours?
I’m originally from Cheltenham, England. My father died a few months before I was born, from acute leukemia, leaving my then-24-year-old mother to raise me alone. He’d been the first in his family to go to university and was working as a computer programmer, in the era of punch cards and mainframes. By the time I was around five, home computers were starting to become affordable in the UK, and Mum bought an early BBC TV-produced model for us — a way to pass on something from my Dad. I had that same computer for the next ten years, unconnected to the internet, it was just a black screen with flashing cursor, so I taught myself to program.

Despite my computer-science background, I always had a strong interest in the arts and non-digital culture. After a few years of working for Sony in my early twenties, I left England in 2005 and moved to Denmark to start a design agency with a friend. That grew and I ended up moving to Switzerland, to start a foreign branch, a few years later, before eventually burning out and quitting. That was right around the time of the iPhone’s initial boom, and I used my new freedom to create an innovative app for McSweeney’s—the San Francisco-based publisher—that disseminated writing, short film, and art to subscribers. On the back of that, I ended up moving to San Francisco and working at McSweeney’s for a couple of years.

I became a Permanent Resident of the U.S. in 2011 and moved to live in a redwood forest, in a place named Cazadero, two hours north of San Francisco, for almost five years. During this time, I co-created a number of one-off interactive novels. “The Silent History” is a location-based oral history about a generation of children born without the sense of language; “The Pickle Index” tells the story of a fictional country with a surplus of pickled foodstuffs via a functional recipe-sharing app; “The New World” presents itself as a vanilla e-book, only to change its navigation and shape in line with what’s happening in the story. I also started working with other artists and writers on design and technology projects: museum installations, posters, games, apps.

After several trips to Los Angeles, and hearing stories from many friends who had moved here, my wife and I decided to leave the forest and move here in 2016. I also became a U.S. Citizen — filing my application in the period between the UK Brexit Referendum and the 2016 U.S. Presidential Election.

Please tell us about your art.
In 2017, my mother’s long-dormant breast cancer became aggressive, and I found myself back in my childhood home, caring for her as she underwent chemotherapy. The treatment was unsuccessful, and she was given a terminal diagnosis. My stay turned into months and I became a full-time caregiver, isolated and alone. After she died, I arranged her funeral and started clearing the house ready for sale, when my 90-year-old grandmother fell at home, broke her hip, and died during the resulting surgery. I arranged a second funeral and cleared a second house. As an only child with no immediate family left, I was forced to contemplate what connection I still had to the country I grew up in, as well as a future without unconditional love.

I eventually returned to Los Angeles, after a year away, and decided to turn my experiences into a narrative video game named “Linda & Joan,” after my mother and grandmother.

The game is currently in development, with an expected release date of 2022. I am making it alone.

Players experience the events from the perspectives of Russell, Linda, and Joan through exploration, conversation, and tasks designed to give emotional insight into the themes of caregiving, dying, bereavement, and homeland.

What sets “Linda & Joan” apart from other branching-narrative experiences is that while the player has many choices to make, nothing can change the core events that follow—*there is only one ending*.

However, actions, dialogue choices, and task completion, do affect the characters’ perception of events. By spending time with happier memories, taking care of themselves, and choosing the right things to say to each other, the characters— and therefore the player—will find themselves able to deal with the impossible.

The characters’ emotional states will be graphically represented in the game. The player will have to carefully balance the needs of the characters to progress, sometimes requiring difficult zero-sum tradeoffs.

These mechanisms attempt to mirror the real-life feeling of being powerless in the face of looming trauma, when you realize that no decision can affect the outcome, but you *can*affect how you and others feel about it.

Even when life’s story feels like it’s on rails, we still have some power over our own realities. There is still room for dignity, compassion, honesty. For fear and for love. There is a time for self-care. There is a time for duty. The choices we make will define the memories we hold for the rest of our lives.

How or where can people see your work? How can people support your work?
While the main game is two-or-more years away, I am releasing a free prologue in March 2020. This fifteen-minute playable experience is set four months before the events of the main game, when Linda visited Russell in Los Angeles. It is set on a hiking trail up to Griffith Observatory. The player must walk Linda and Russell together, balancing their walking speeds, chatting, building backstory and setting the scene for the events to come. 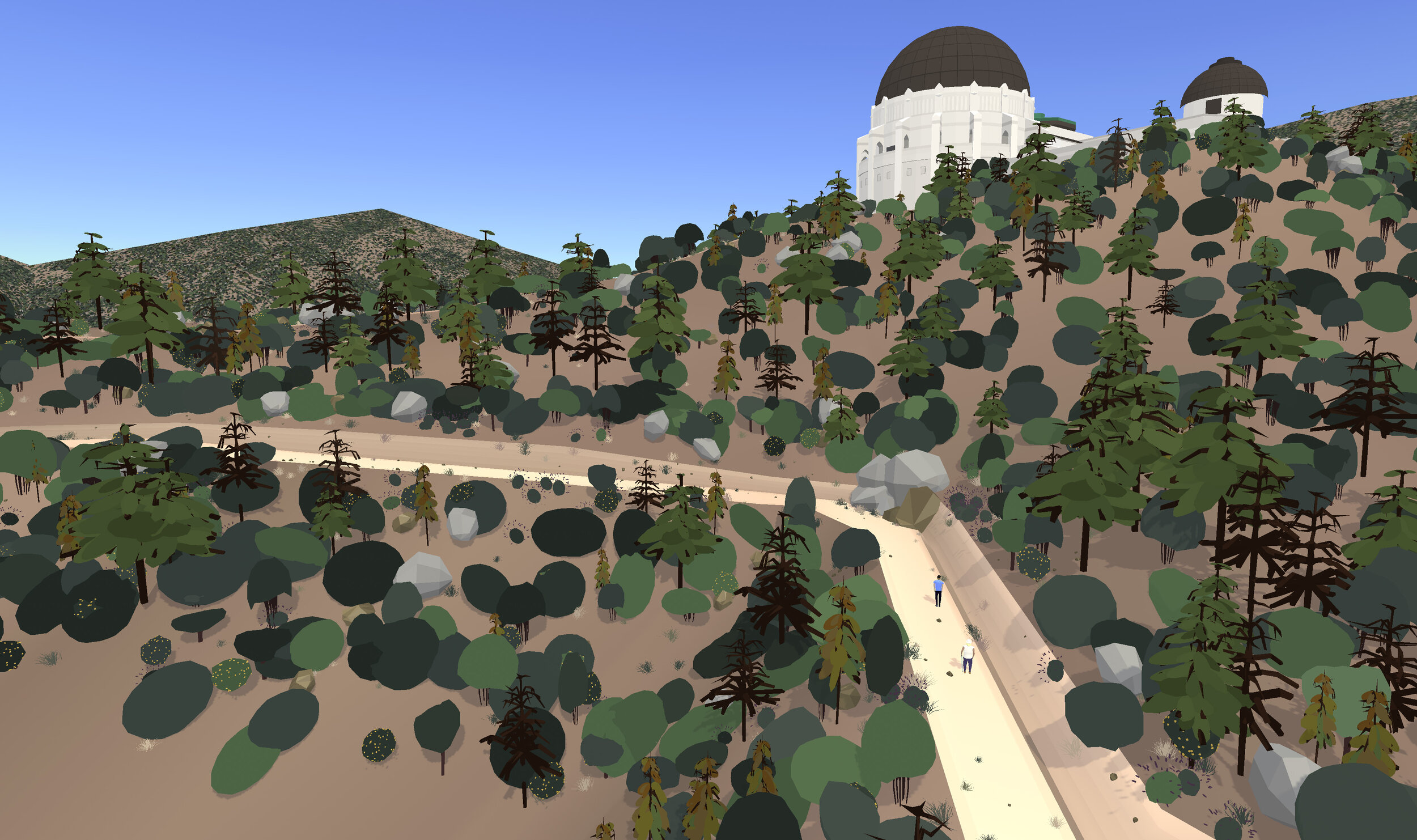 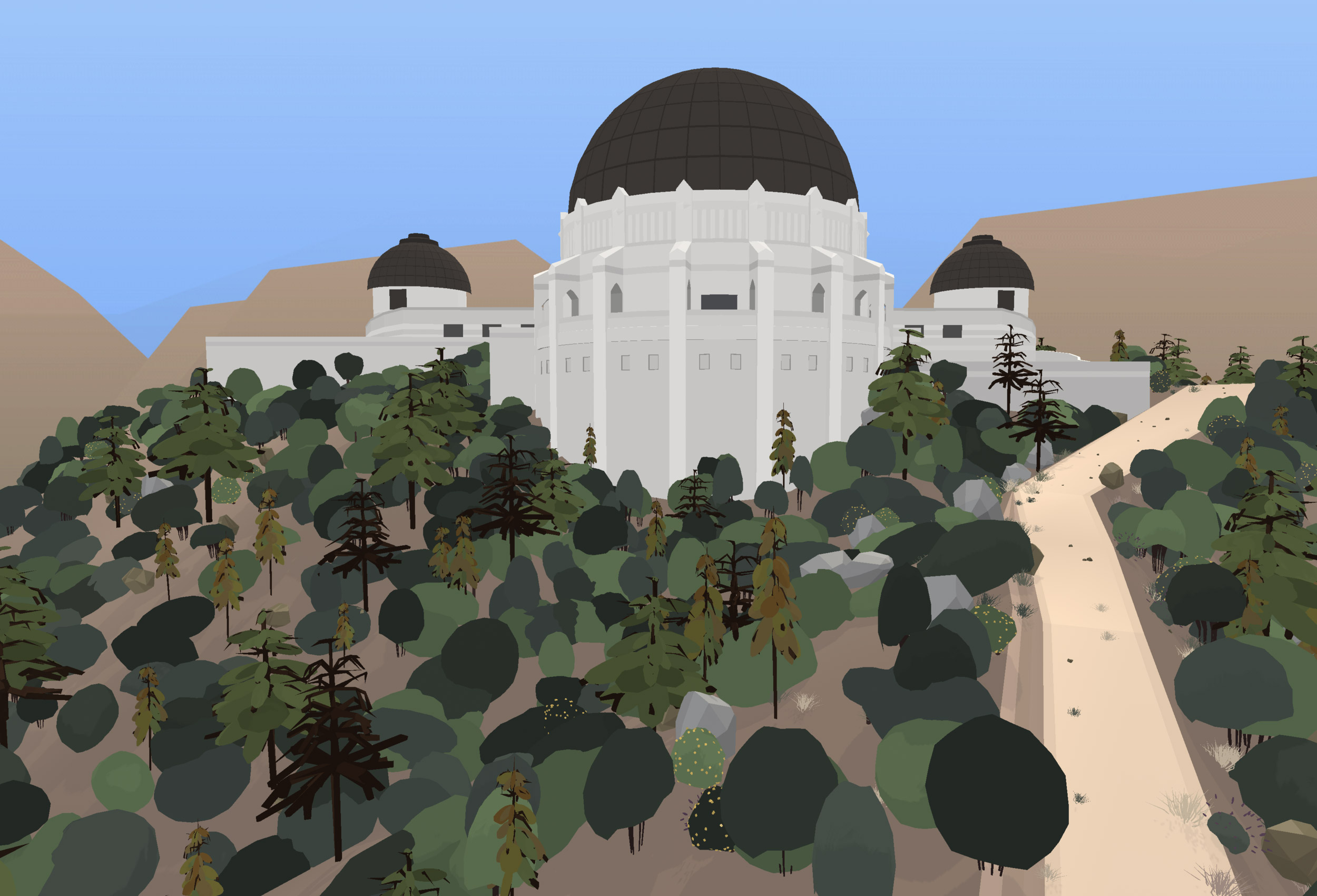 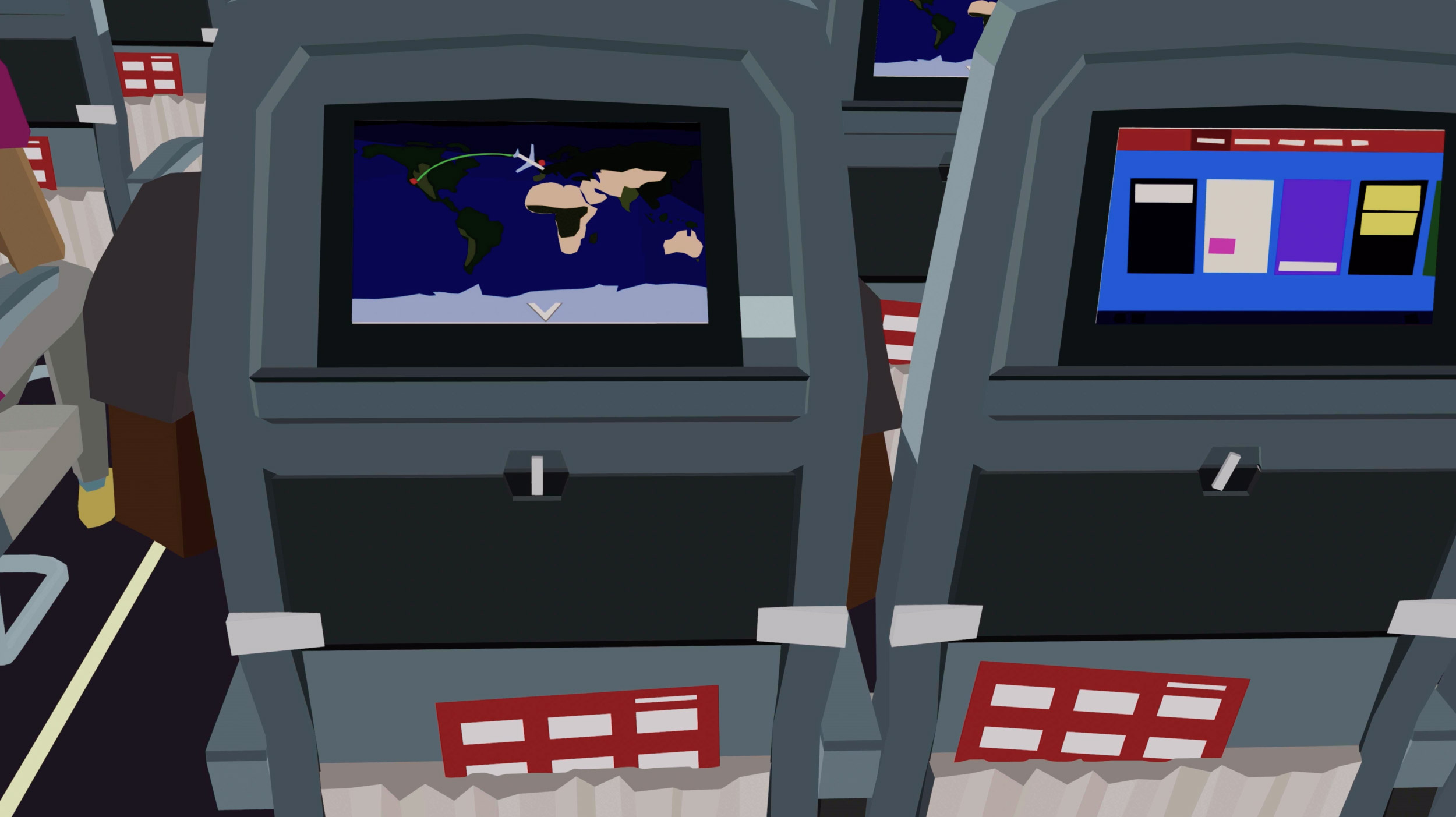 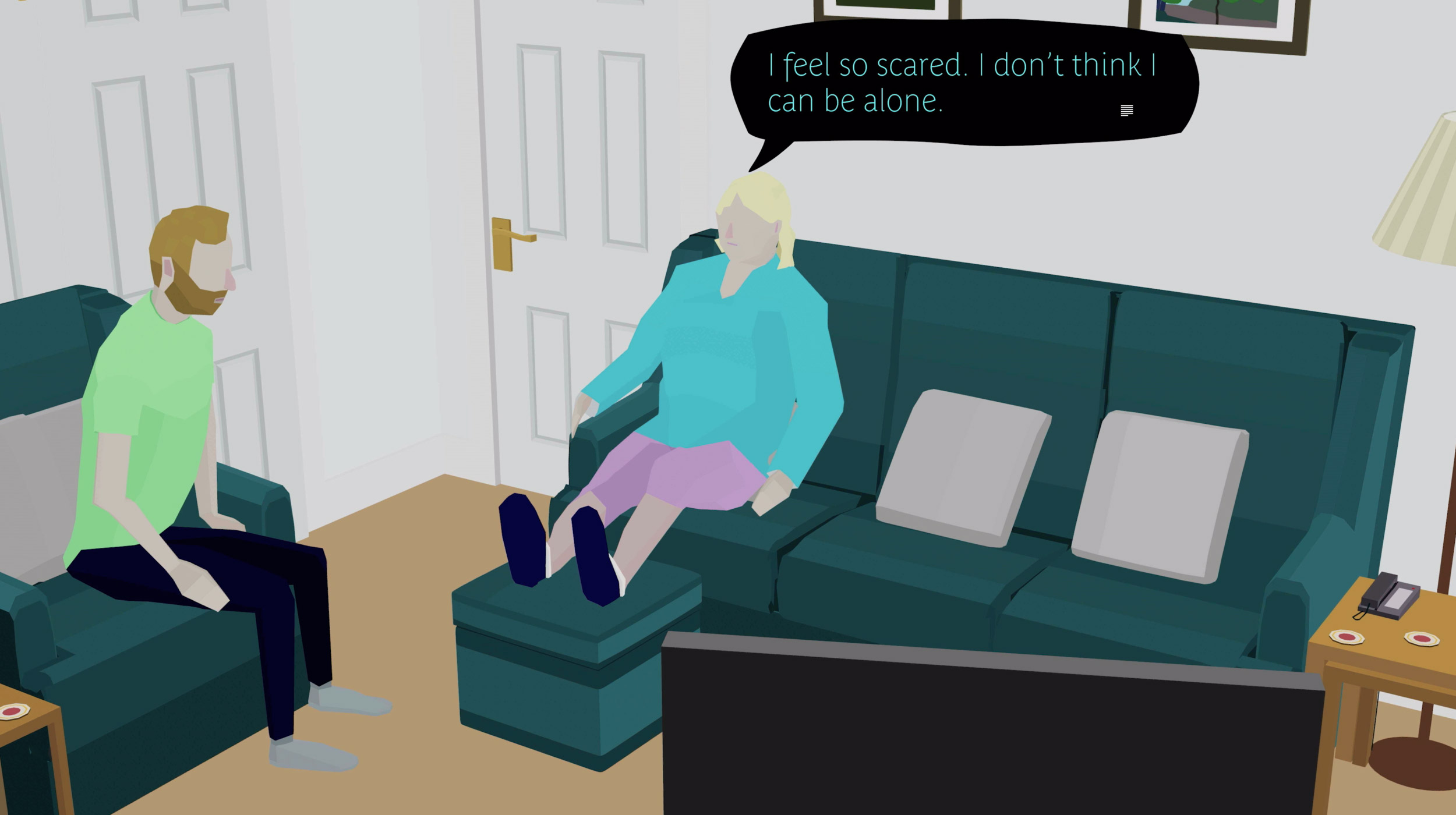 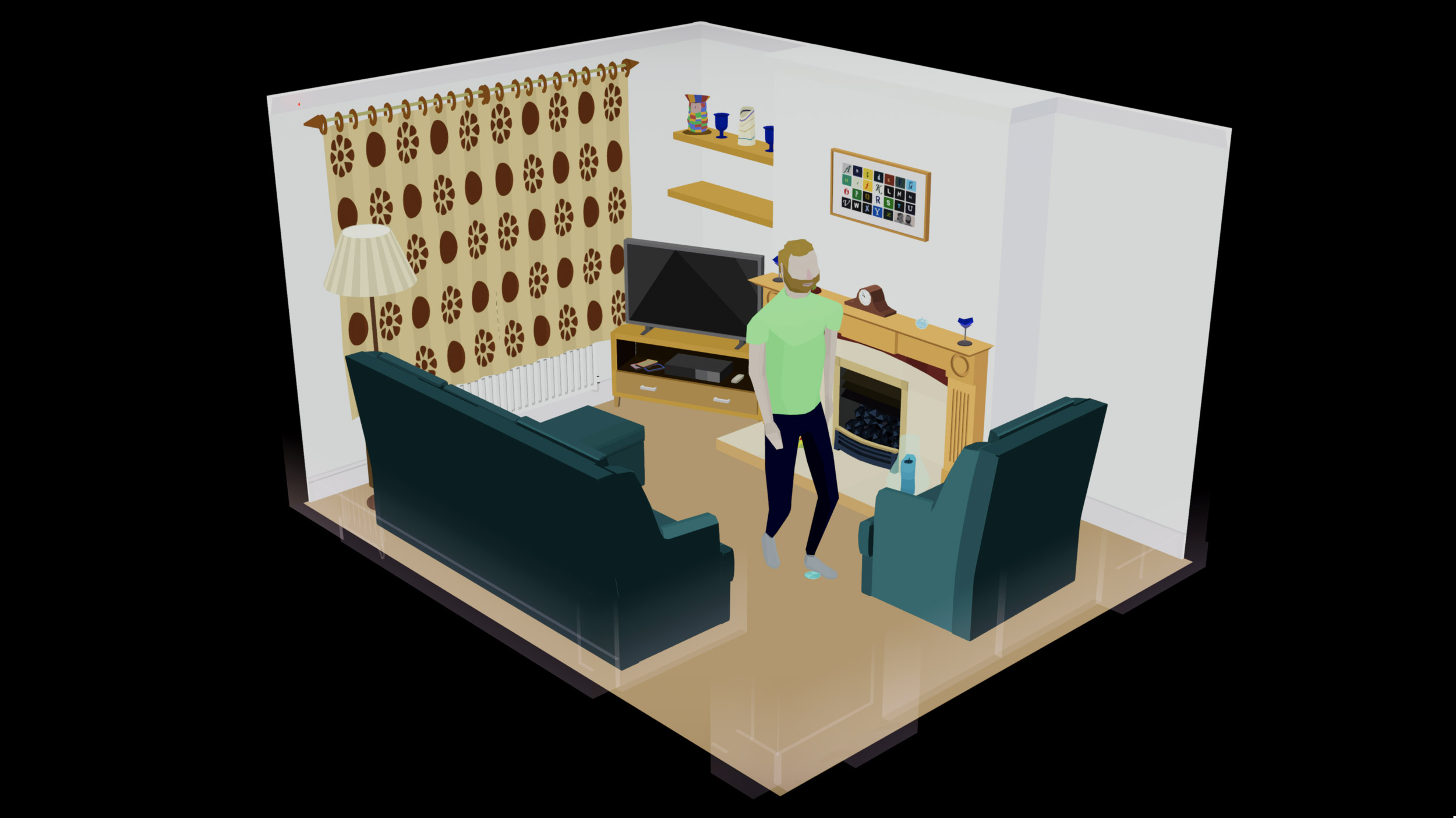 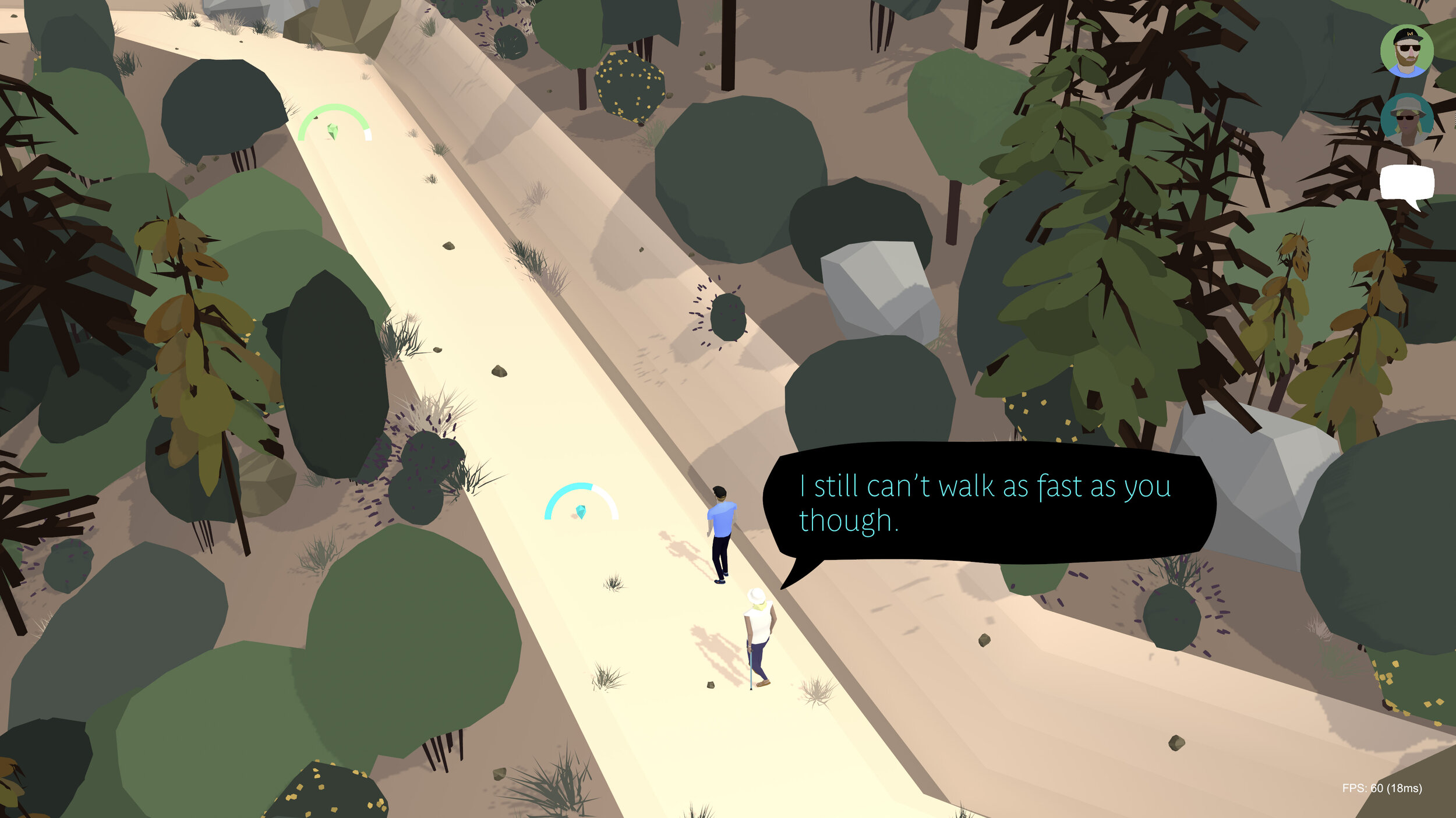 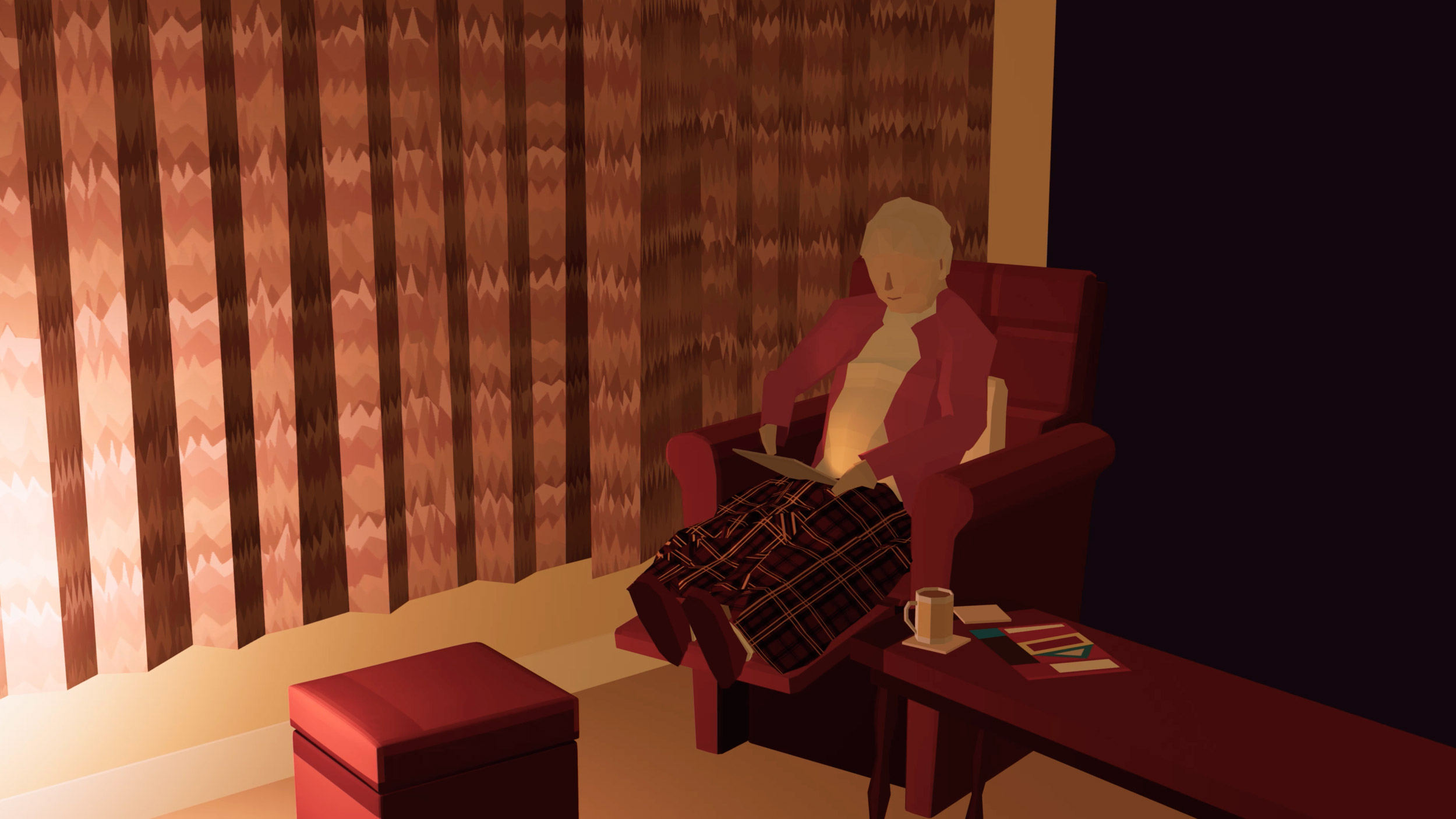 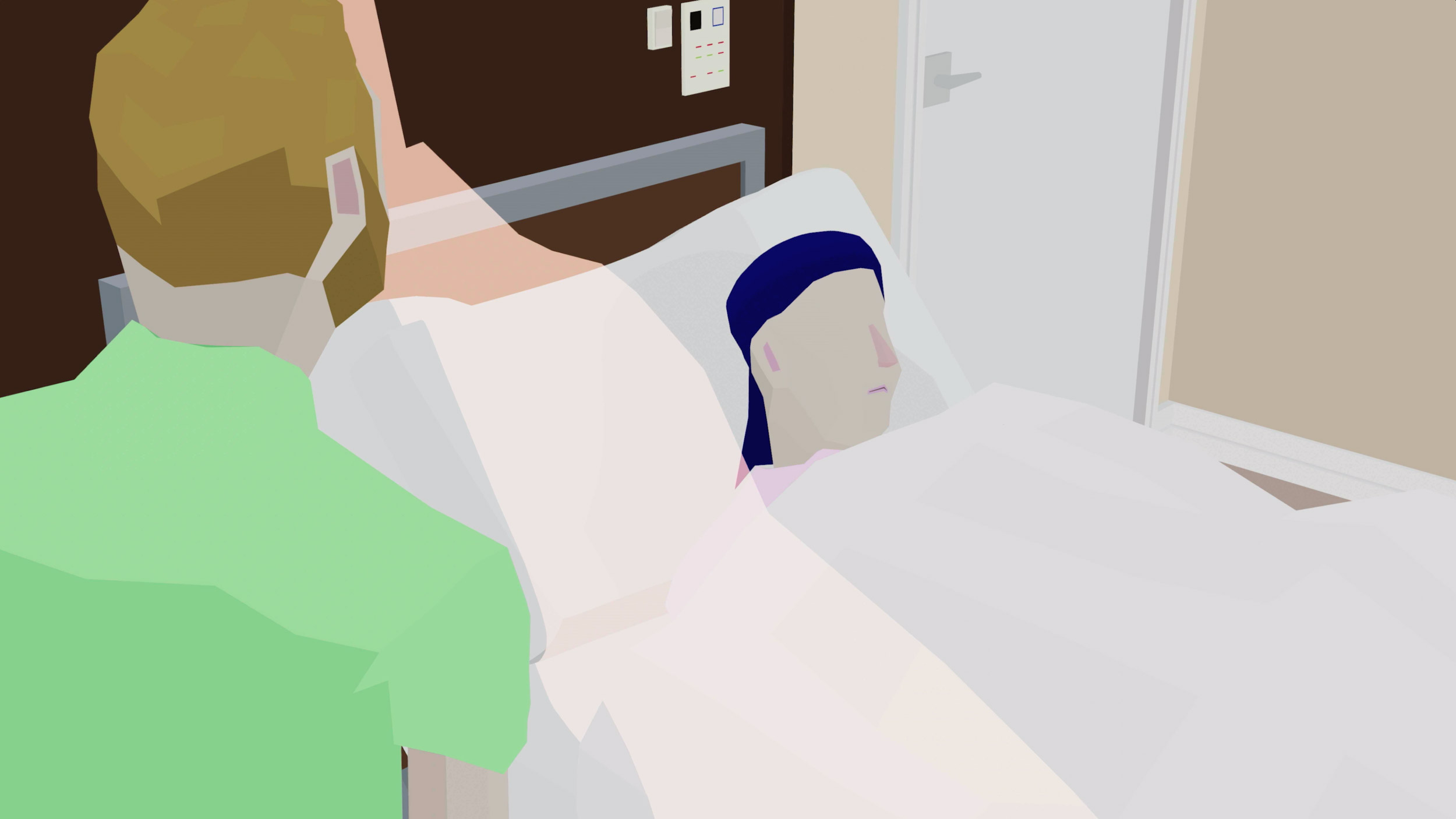