Meet Royalty Milli-Rich of Stressed Out Records in Pomona 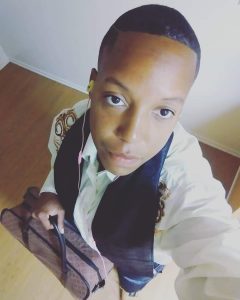 Today we’d like to introduce you to Royalty Milli–Rich.

Thanks for sharing your story with us Royalty. So, let’s start at the beginning and we can move on from there.
First off to those who don’t know me my name is royalty milli–rich i’m an upcoming artist signed to Stressed Out Records independent label. I started out at a young age writing poetry that’s when I found my passion to write music. My first song was titled “back up” featuring my cousin damont tilman, we use to record on a tape player until I started researching studios I actually recorded my 1st song titled “what’s my name” with taxi records. I use to go to audition’s with my cousin to rap infront of different judges.

I always had a passion for music I use to record on my karaoke machine when I lived in Ontario, Ca. Than I linked up with ray and his label getmadd records were I record my albums in his garage. Then I started working with moe wright at his studio recording my hit two singles “hennessey” & “everything black” featuring my cousin Moe Wright. I performed my first song titled” I’m comin’ threw yo’ doe” featuring damont aka young blizz at oasisnightclub in Upland, Ca we rocked the crowd that night. That’s when I started linking up with different promoters & managers to perform at different clubs. I had linked up with grindface recording my album titled” heart turned dark” produced by Ms. Howard, music to me is an outlet it gives me an insight of how to express my self in different.

Working with different artists has been a dream come true photo shoots modeling being on radiostations. When I connected with Melody Allen I heard she was the manager of Wigginnoutradio I took an interest and when I meet her it was like she opened my eyes to another world she took me to a higher level it was her that put me on the Kevin Nash radiostation in L.A. I became part of a tour and that’s when everything changed music videos studio’s working with Snoop Dogs cousin Daneshia Allen meeting Crystal from dpg. I actually opened up for Snoop Dogs cousin album release party it was an honor to perform two of my hit songs I got to meet big boy & lil yachty at the bet experience I did an audition for rapstar were I was introduced to the bet crew.

I’ve been focused & determined to reach my goals eversince I was young I knew being a songwriter poetry writer book writer upcoming artist was my destiny. I’ve recently just finished up my two new mixtapes and an album currently I am working on my new single it’s been a honor to work “behind the camera” with lims movie & television in L.A. I thank los globos nightclub for their opportunity to perform their I thank everyone who has supported me as an artist I thank L.A. casting networks & star now it has been a long journey but I haven’t quite reached the top so much has changed in my life since I’ve moved back to california nothing but blessings I thank drs recording studios what a pleasure to sit down with him and have a conversation about ideas.

It was an honor to work with star now modeling. I just started working with Robert Dorsey my camera dude he has been a real helper shooting my music videos my music is on all platforms all internet radiostation’s. The song that really opened doors for me was my hit single titled “I’m talkin’ shit” filmed by mic material that was my song that put me on the map in L.A.,

We’re always bombarded by how great it is to pursue your passion, etc – but we’ve spoken with enough people to know that it’s not always easy. Overall, would you say things have been easy for you?
I would say it has been a smooth road I can’t really say that I’ve been through any struggles I just go for i don’t let fear define who I am because I want my fans to know that anything is possible you can speak your own life into existence I’ve accomplished so much and I’m still not finished.

Please tell us about your work. What do you guys do? What do you specialize in? What sets you apart from competition?
Stressed out records is a family label it was my uncle Douglas Hardeman who came up with that name don’t know what were he wanted to take but I seen the bigger picture and I started putting our label on the map making it a name around the world meeting different artists recording and featuring different artists who were not known to anyone I worked with people who were looked passed by others I found potential in those who thought they had no talent I became the CEO of this company I am known for reaching higher goals knocking doors seeking out those who fear what they don’t understand breaking down barriers I find artist and work with record with them help them write music i am proud of all my accomplishments that I have made come true.

So, what’s next? Any big plans?
My plans for the future is to become the number one rapper in the industry to work with different management teams to open doors for the new generation to come i look forward to recording more writing more performing infront of live sold out crowds just the ambition keeps me determined on what god has instore for me.