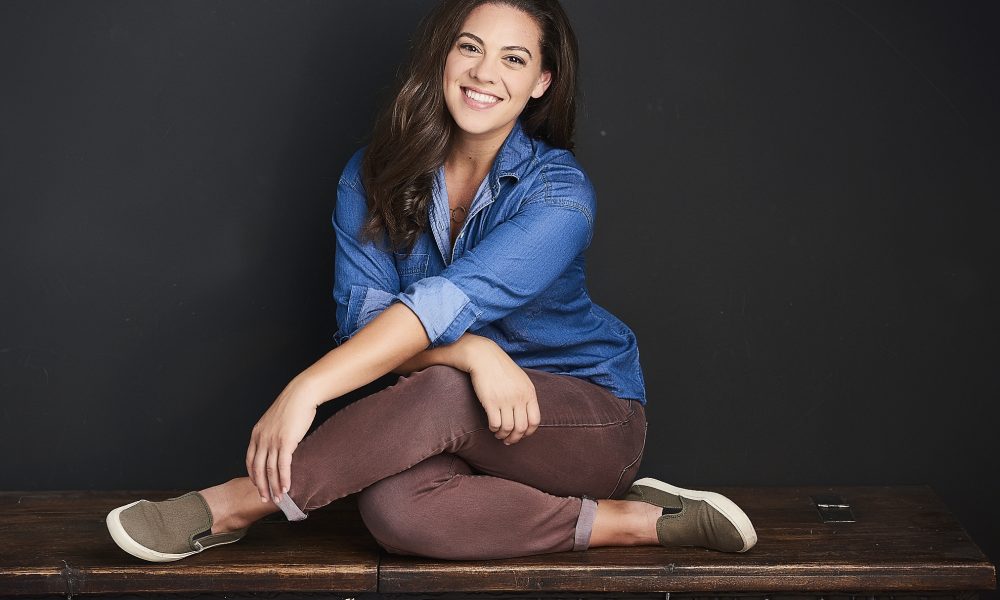 Today we’d like to introduce you to Rosie Moss.

Rosie, please share your story with us. How did you get to where you are today?
As a kid, I would play dress up with my younger brother, create skits for us to perform, set up the living room to look like a theatre, “sell” tickets to parents and make them sit and watch our show. I was a total comedienne. But outside of our home, I had gripping stage fright. I always loved performing but it did take some time to get me out of my shell. It look hours of piano lessons before I wasn’t reluctant about playing at recitals, numerous roles in the chorus before readying myself to have any solo lines, and I even remember, playing on numerous sports teams during practices but feigning aliments and excuses to keep me on the bench and away from the spotlight.

After a lot of trial and error, rebelling against the voice inside that said “you’re not good enough” and listening instead to the resounding heartbeat that said, “you can do this!” I began slowly to take risks and explore different performance opportunities. By the time, I was in high school, I was an avid theatre-goer, the president of our drama club, and a prolific writer in my honors creative writing class. I felt supported and encouraged. I took on many leadership roles in the shows and eventually decided to pursue acting as a profession, and went to Boston University’s College of Fine Arts Theatre Program.

Having been originally from New York City, I moved back to the Upper West Side after graduation. Some fun experiences from those years include: filming the lead role in a pilot presentation about the underground world of music in Westchester, interviewing a hot recording artist on his latest album and getting him to sing for the camera even though his “people” said he wouldn’t sing, breaking off a KitKat bar in a national commercial, hosting a segment introducing obscure movies on the EPIX channel, performing with the American Globe Theatre, producing Colin Quinn’s one man show and joining him on Howard Stern, and enjoying endless perfect late night NYC pizza.

Since moving to LA, it’s continued to be a whirlwind of hustle and flow, rejection, reinvention, study, and pursuit. It’s amazing the experiences one can have in this career. I continue to push myself to be bolder, to take risks, and to stay positive, and live my life to the fullest.

We’re always bombarded by how great it is to pursue your passion, etc. – but we’ve spoken with enough people to know that it’s not always easy. Overall, would you say things have been easy for you?
Of course, there have been struggles! Often when I mention to someone new that I am an actor, the response is, “oh wow, that must be so hard!” And it is hard. It’s hard maintaining side jobs to provide for months when acting jobs aren’t paying enough. It’s hard to continue to self-motivate when it sometimes feels like you’re alone on this journey, going uphill very slowly. But I am supported by amazing friends and amazing family. And I’ve been fortunate to have other jobs that make my acting career sustainable. It often feels like I am spinning too many plates, rushing to get from one place to the next, and making my schedule fit like a Tetris board, but I keep going!

So, as you know, we’re impressed with Rosie Moss – tell our readers more, for example, what you’re most proud of as a company and what sets you apart from others.
You’re lookin’ at her!!! That’s the tricky part of being an actor. You are your instrument. You are your business. I’ve learned how important it is to really always represent yourself in the best light, to attempt to never take anything too personally and to consistently work on your craft.

After performing lots of smaller roles in bigger film and TV projects, I was cast as the lead role in a digital series for Lifetime/A&E called: “The Rookie” which felt like a milestone in my acting career. You can watch all 8 episodes at www.mylifetime.com/shows/the-rookie. I can also be seen on Freeform’s “Famous in Love” in the episode “Secrets & Pies.”

While pursuing film and TV here in LA, I have also kept busy doing theatre. Late last year, I was in a retelling of Macbeth with 5 actors that tapped into my love of Shakespeare and physical theatre. I have also found a nice niche working with the West Coast Jewish Theatre and the Jewish Women’s Theatre. My grandmother, Tova Ronni, was a Yiddish and Hebrew singer/storyteller and I’ve enjoyed exploring my heritage deeper with these two Jewish theatre groups.

As a way to let loose on the weekends, I have found playing co-ed football as a great way to stay fit, make friends, and shake off the busy, tough work life that being an actor demands. And after years of practice on the field, I now naturally bring my sporty side to any role.

So, what’s next? Any big plans?
I want to continue to write, produce and act in my own work. A short film, “The Pass” that I wrote, produced and acted in with a fellow actor/friend Tori La Desma, has been screening around LA at HollyShorts, IndieNight, and the Unreasonable Shorts Festival. It’s been amazing to see a project from inception to premiere. I have other projects I’ve been writing and am eager to get those into production.

This May, I will be performing in “Guilty Parties” with the Jewish Women’s Theatre and you can get tickets for that at http://www.jewishwomenstheatre.org/showsevents/performances/. 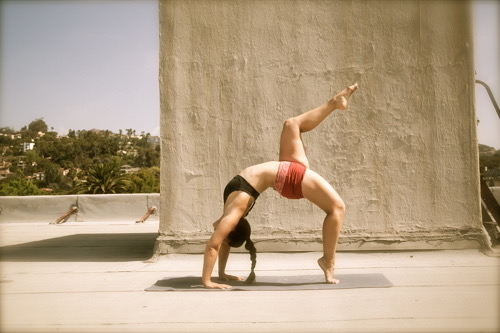 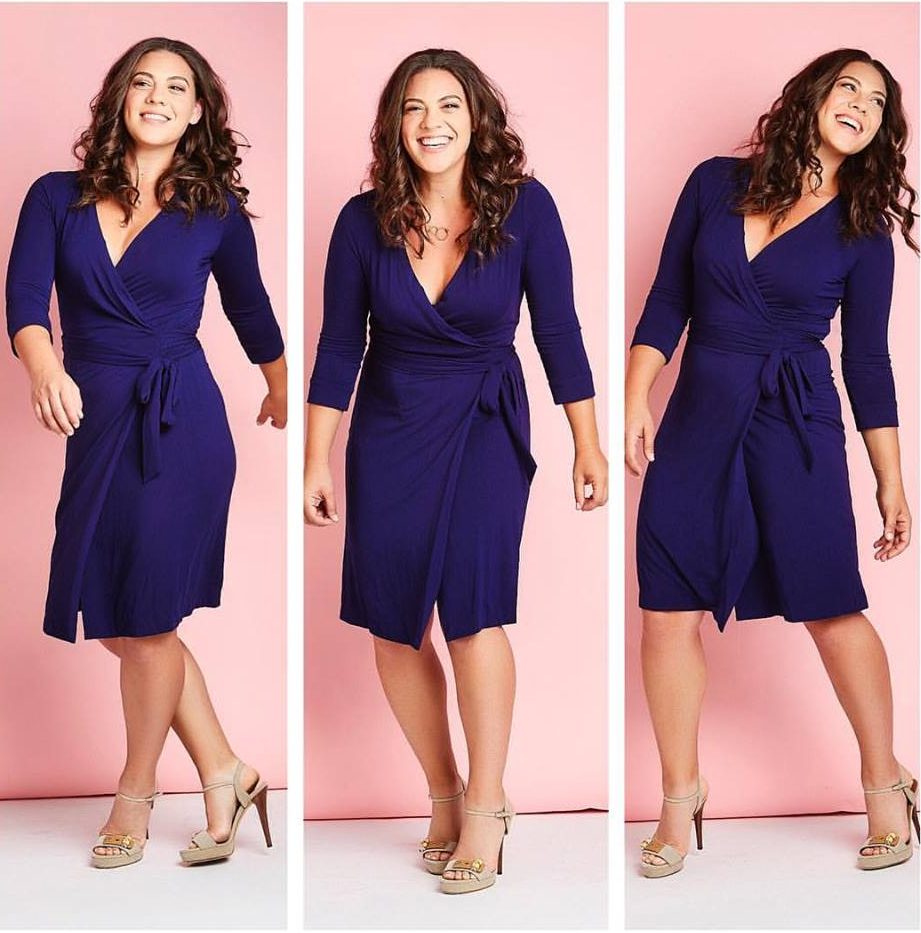 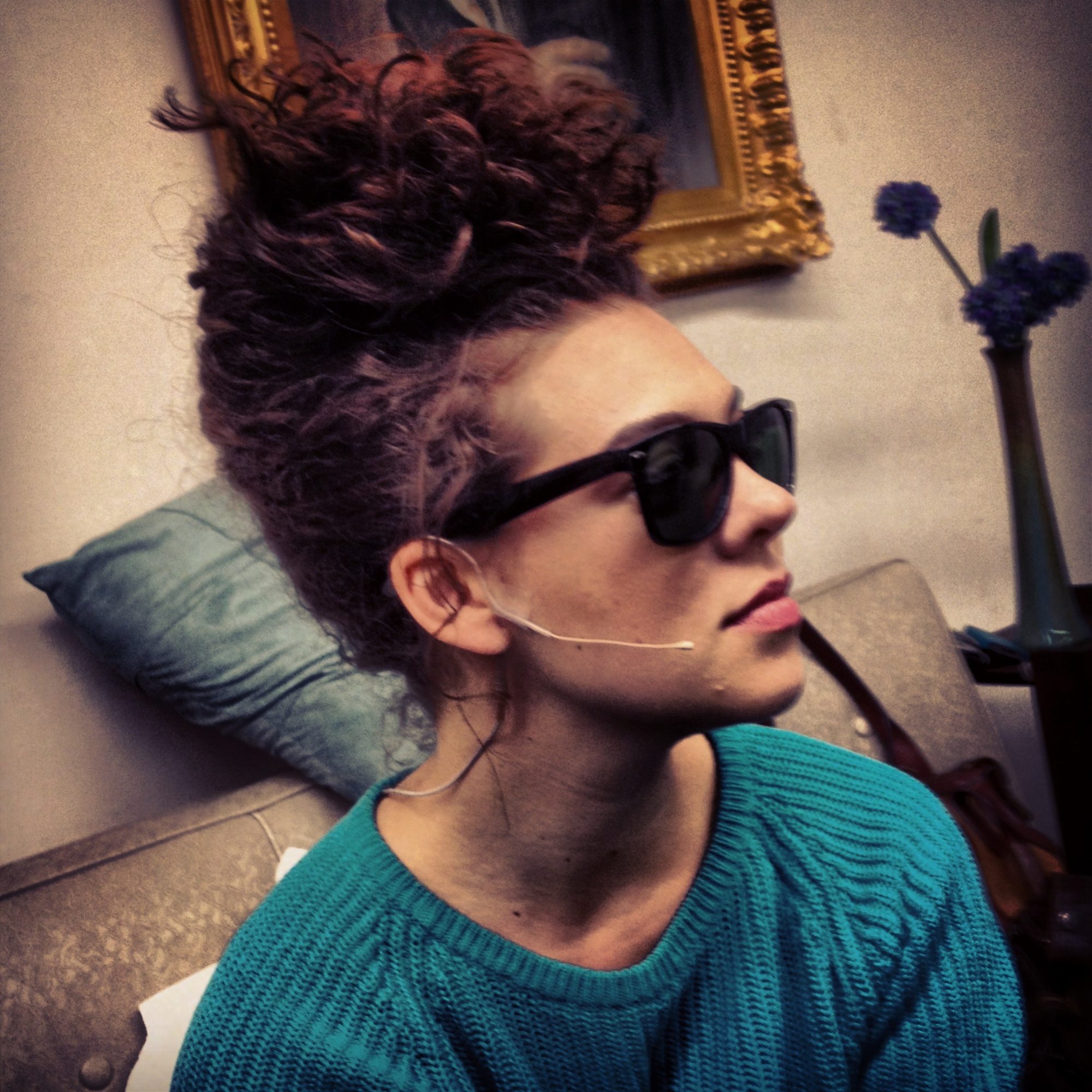 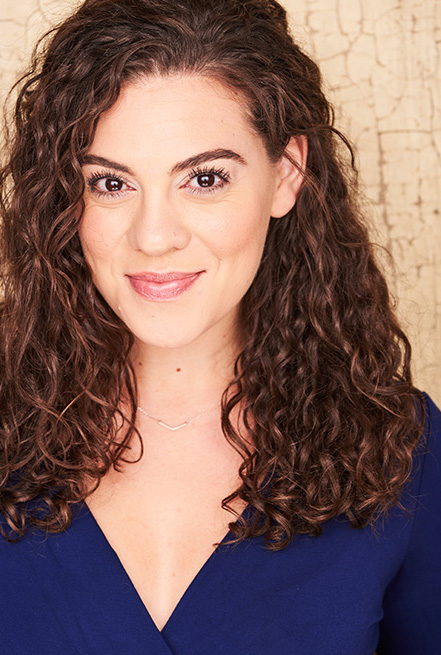 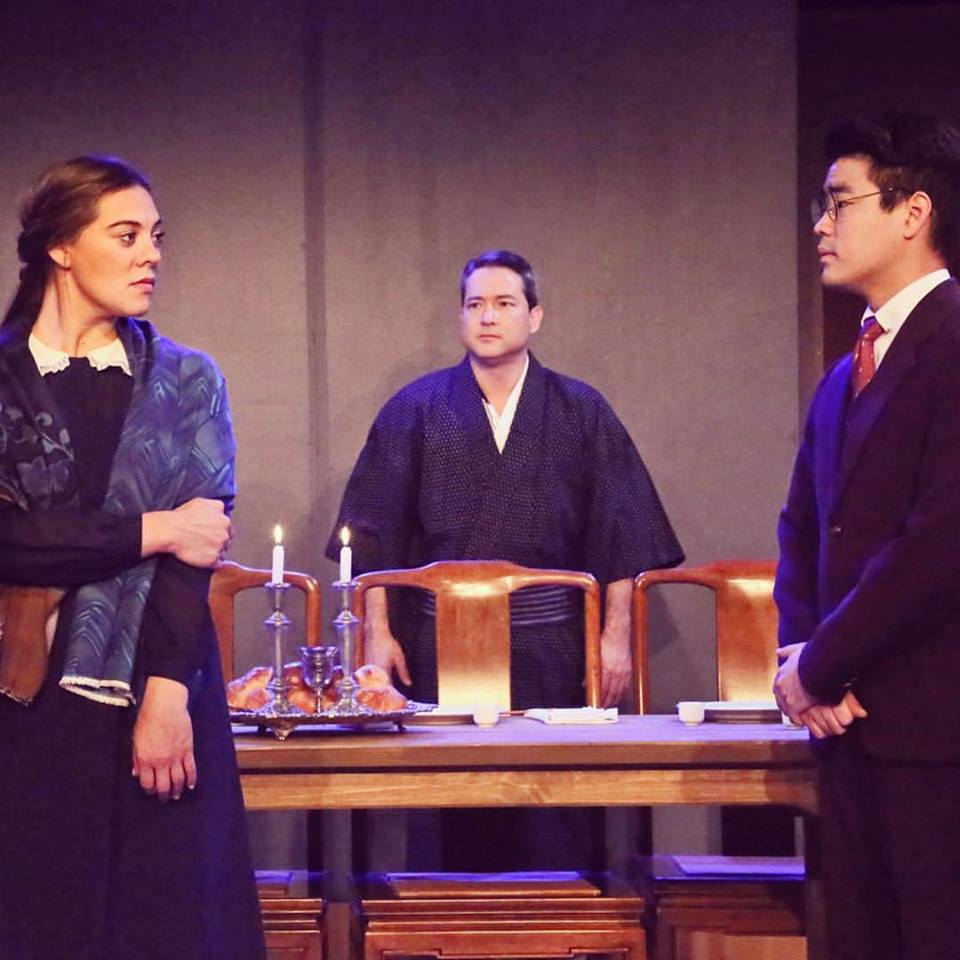 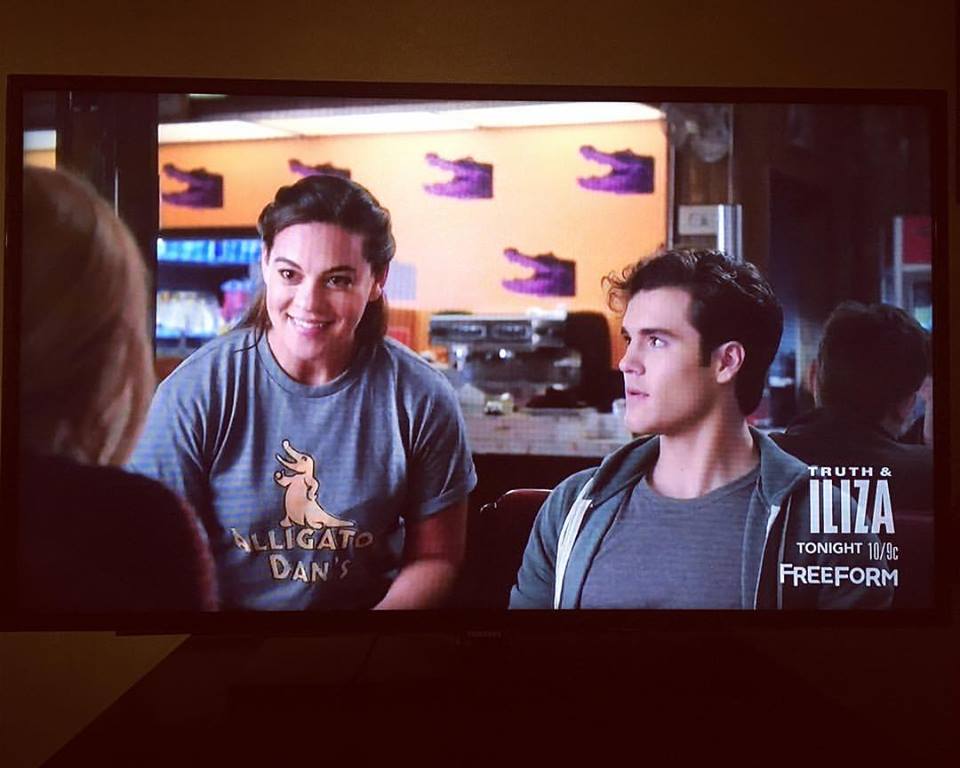 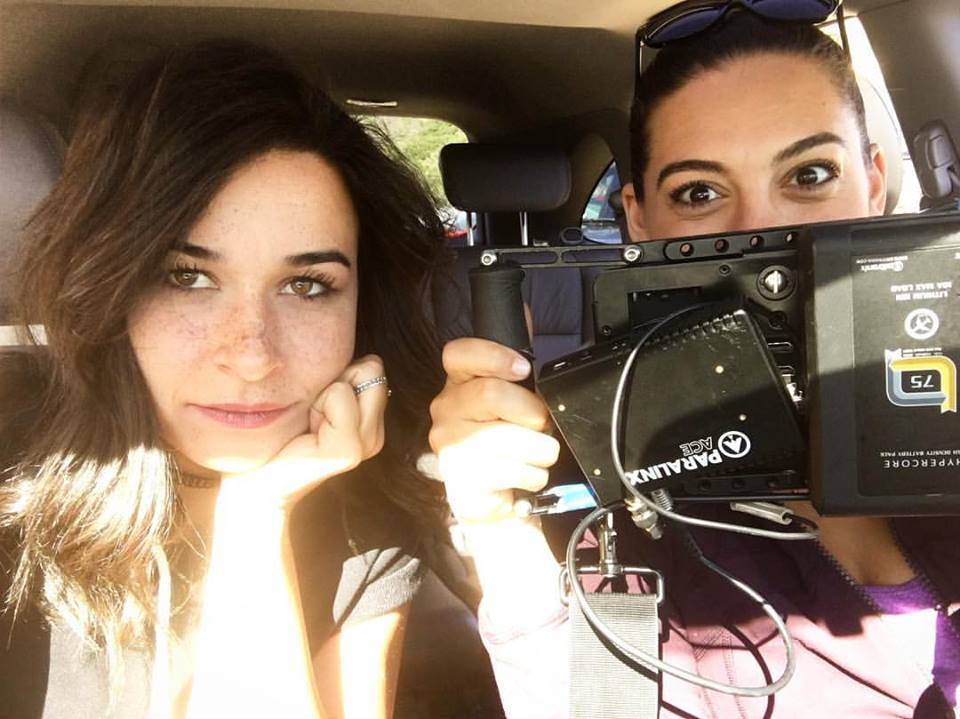 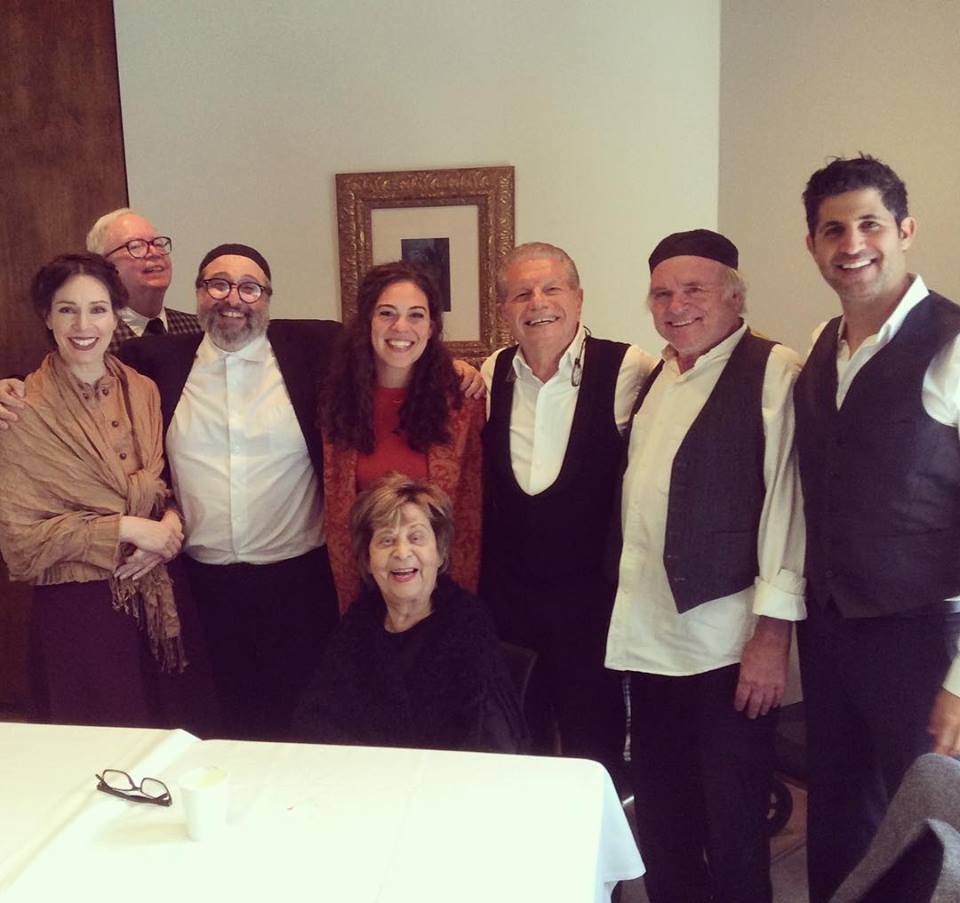