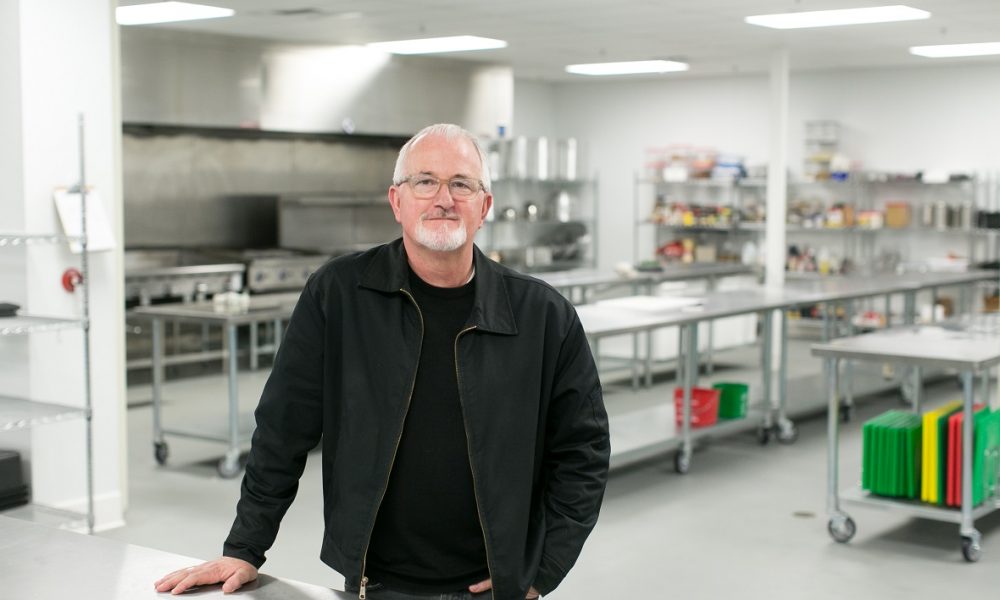 Today we’d like to introduce you to Robert Egger.

So, before we jump into specific questions about the business, why don’t you give us some details about you and your story.
This year marks the 30th anniversary of my launch of the D.C. Central Kitchen. I’m both honored and saddened by that. Honored that we’ve been able to provide so many healthy meals and help so many people get great jobs, including the thousands who have graduated from programs based on the model I developed, where donated, surplus food is used to fuel a culinary job training program for those who were homeless, addicted or incarcerated. But I’m saddened that programs like it are still required, in city after city, and now country after country. I would have thought that we’d somehow have moved further past the need for emergency food programs, food banks and pantries…but we haven’t. In fact, it’s quite the opposite, and here come the 70+ million Baby Boomers. That’s why I continue my work, and moved from Washington, DC to Los Angeles to launch the L.A. Kitchen.

I believe deeply in the power of food to uplift, engage, educate and employ. My work has, at times even put me in conflict with colleagues and peers, who use “pounds moved, or meals served” as their main metrics for success. I want to know how many fewer people are in need; how many can feed their own families, or support themselves. But of equal importance, I hate waste…be it food, or people. That’s what keeps me motivated, and moving forward.

L.A. Kitchen was built to confront three deep wrongs…food waste, unemployment and ageism. We take all three and combine them to create a beautiful, powerful system that can be replicated almost anywhere, using existing ingredients. Our goal is to find a way to feed more people, better food for less money, while giving unemployed people skills, and volunteers an opportunity that really matters. In short…all food has power, all people have potential, we work hard to reveal both.

We’re always bombarded by how great it is to pursue your passion, etc – but we’ve spoken with enough people to know that it’s not always easy. Overall, would you say things have been easy for you?
Change is NEVER easy, and running a program that never settles, nor rests on past laurels demands a stiff spine, a staff of powerful, empowered individuals, and a willingness to speak uncomfortable truths, even if it means you won’t get a grant, a contract, or invited to sit with the cool kids. That’s one of the reasons I launched my first “social enterprise” business back in 1994, so that we could hire people nobody else would (returning felons), and earn enough money to make it easier to be bold, and speak up…whether it was against unjust national polices, or flawed metrics for success. You won’t always be popular when you push back against routine, and ask hard questions…but that’s what leadership demands.

So let’s switch gears a bit and go into the L.A. Kitchen story. Tell us more about the business.
L.A. Kitchen has both a revenue generating and non for profit business. The nonprofit work we do is divided into two programs. Impact L.A. recovers wasted fruits and vegetables (which constitute over 50% of the food wasted in America), and engages thousands of intergenerational volunteers. Those volunteers work alongside students enrolled in Empower L.A., a 14-week culinary arts program that matches younger men and women aging out of foster care, with older men and women returning home from incarceration. Through these two programs, we save this community, and our country a LOT of money. Less food goes in the landfill, fewer young people go to prison, or end up on the streets, and fewer “returning citizens” go back. Better yet, every year, the graduates of Empower will earn about $2M in new salaries, and contribute over $200K in payroll taxes.

We also have Strong Food, our revenue generating business that buys similar “cosmetically imperfect” fruits and produce at fair market value, and uses it to create value added products that we sell. Of course, we also hire graduates of Empower (paying above the minimum wage, and providing full benefits). The best part, none of our profits leave Los Angeles, they are reinvested in our programs, or in more jobs.

Do you feel like our city is a good place for businesses like yours? If someone was just starting out, would you recommend them starting out here? If not, what can our city do to improve?
I grew up in SoCal in the 1960’s, so it feels like home for me. But it’s also one of the largest concentrations of older people in America, so it needs to be ground zero for redefining how we include and engage our elders. Our motto at LAK is “wrinkled food, wrinkled people…no waste”, and we work hard to help people see that everyone has a role to play, a gift, a skill. A great nonprofit doesn’t try to fix the problem; it simply reveals the power of community to address the issue.

They say that Los Angeles “is the city where the future comes to happen”. I think we can lead the country in how we move past the false notion of beauty that Hollywood promoted for decades, and showcase that here in SoCal, we now see past those simple notions of physical beauty, and see that real beauty emanates from within, or through the way we live our lives, and support the community. 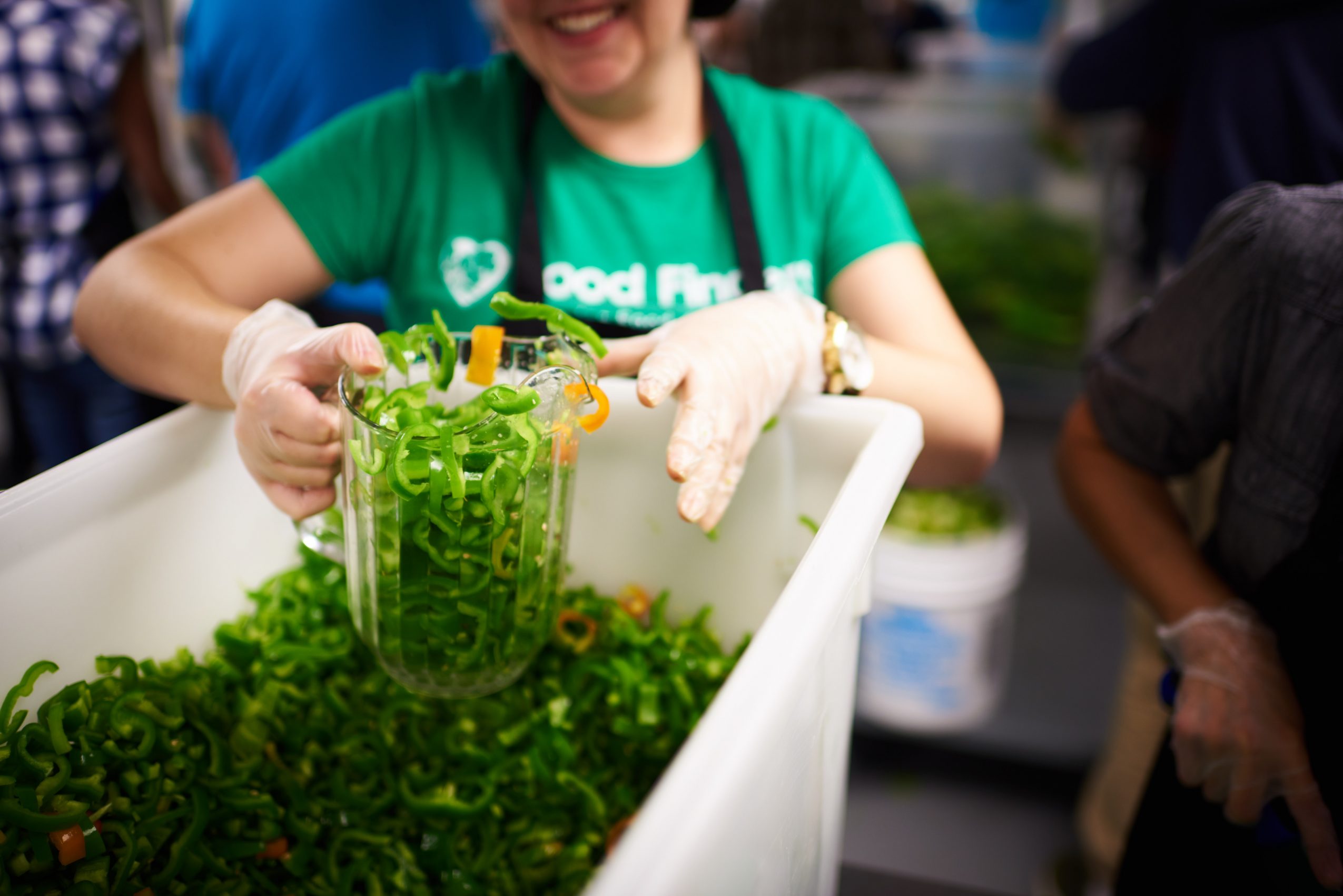 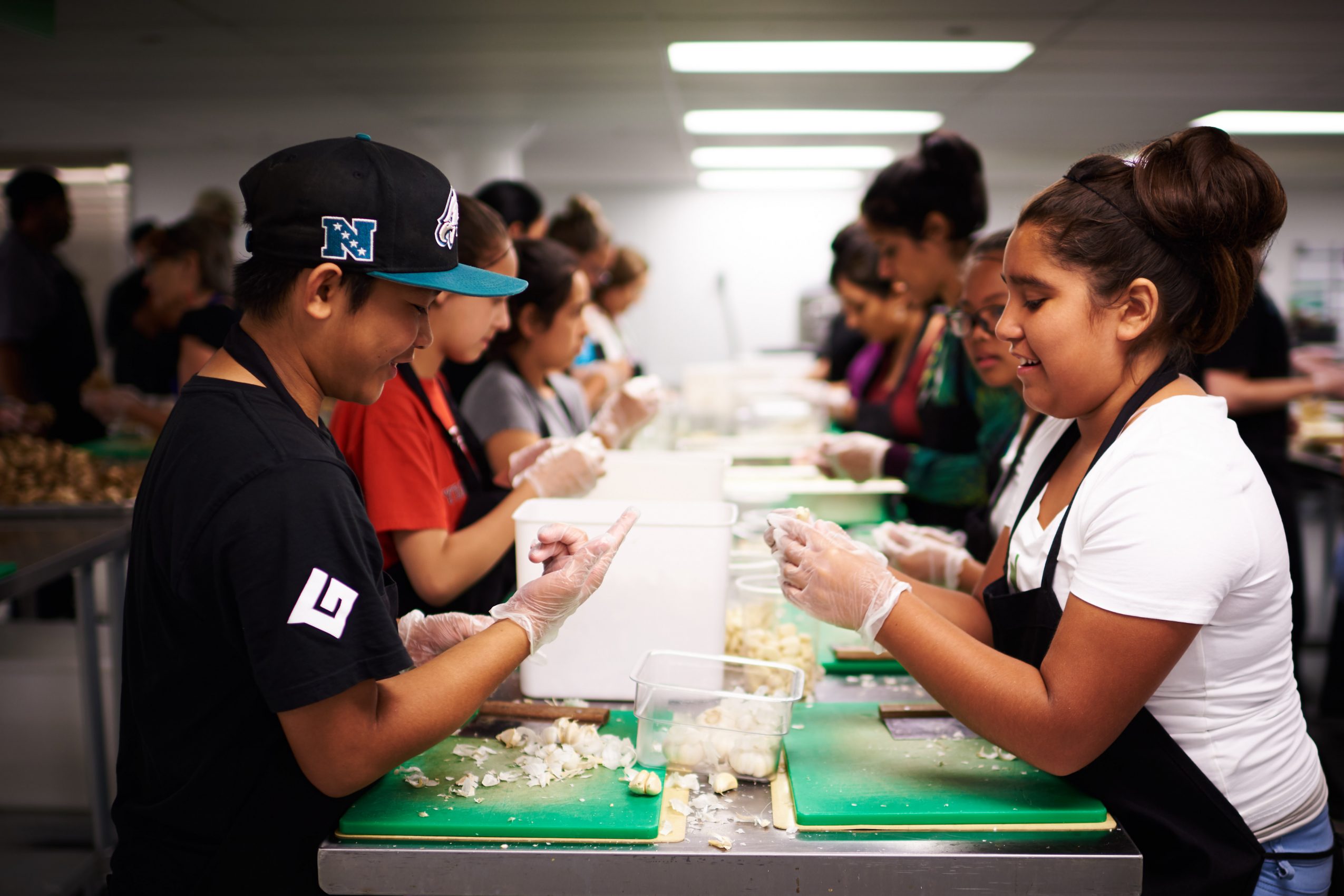 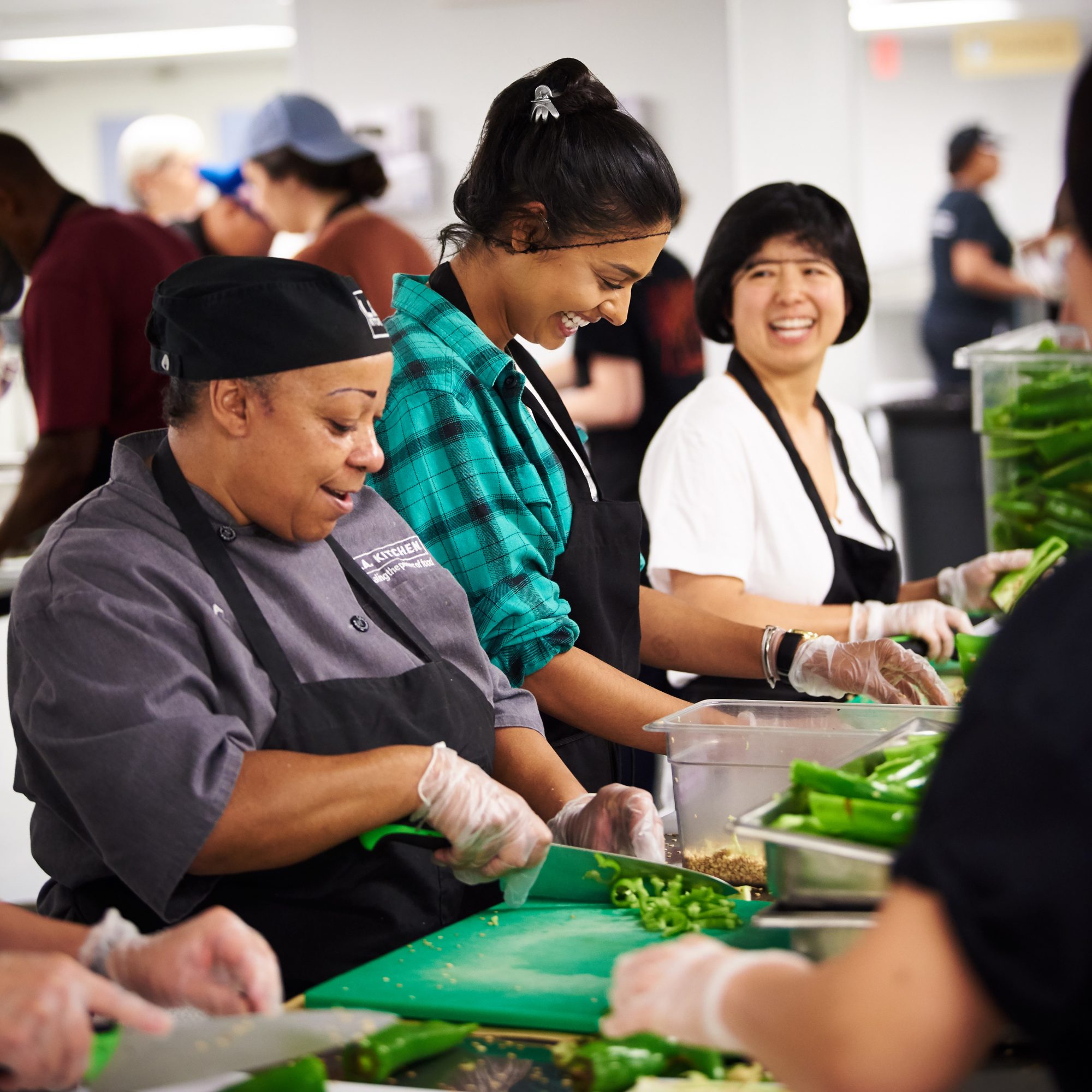 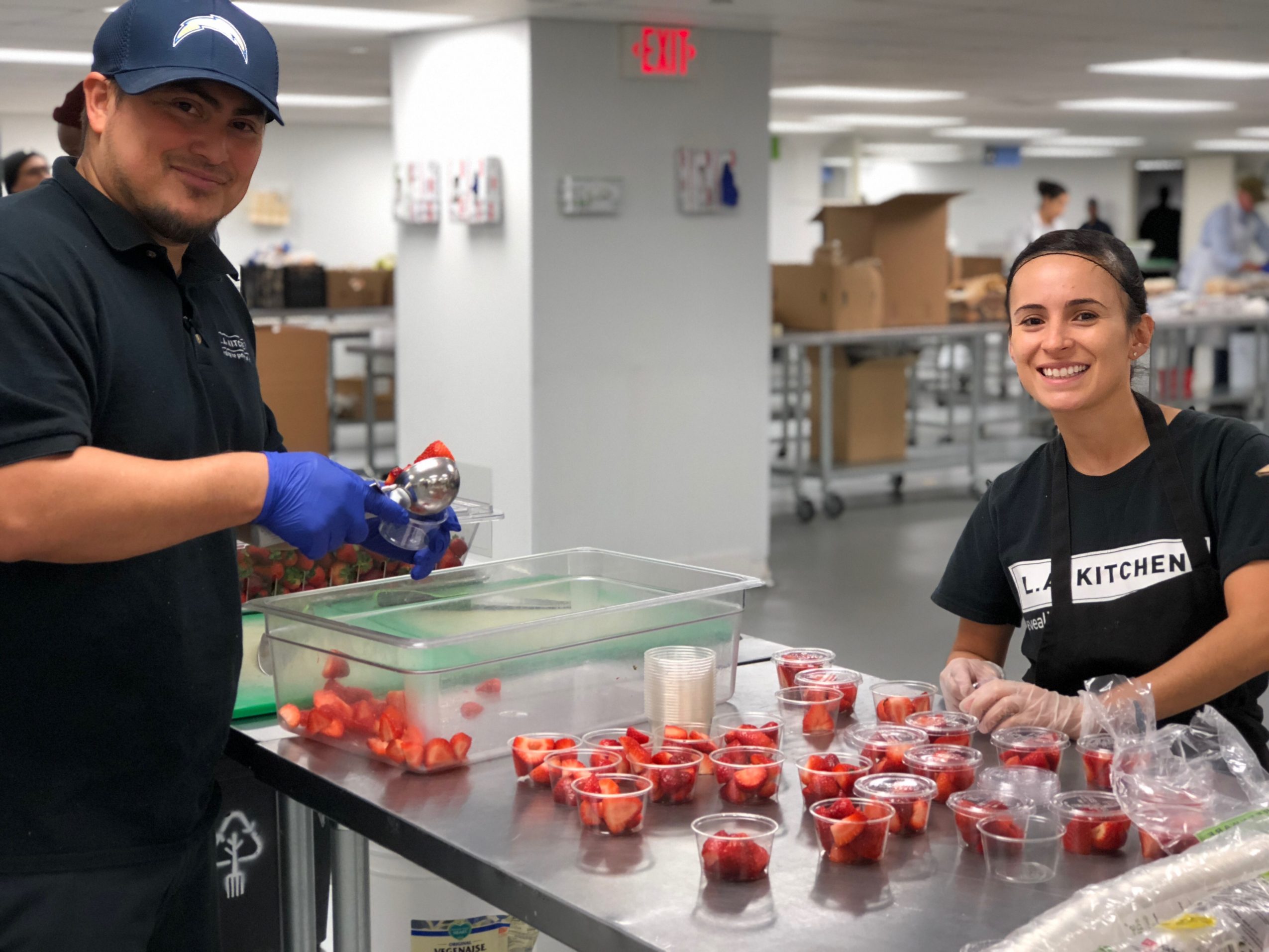 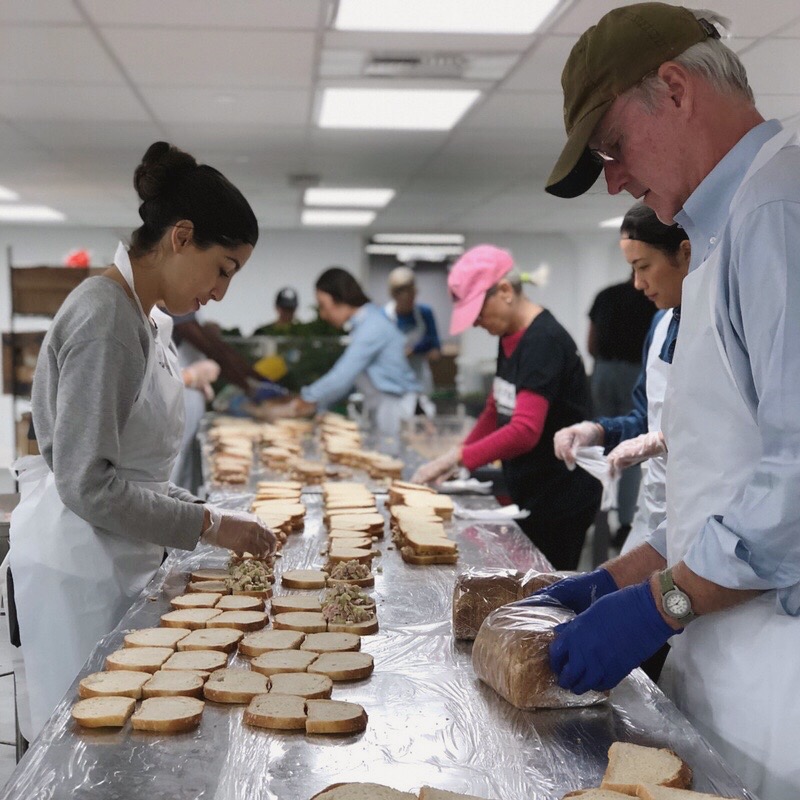 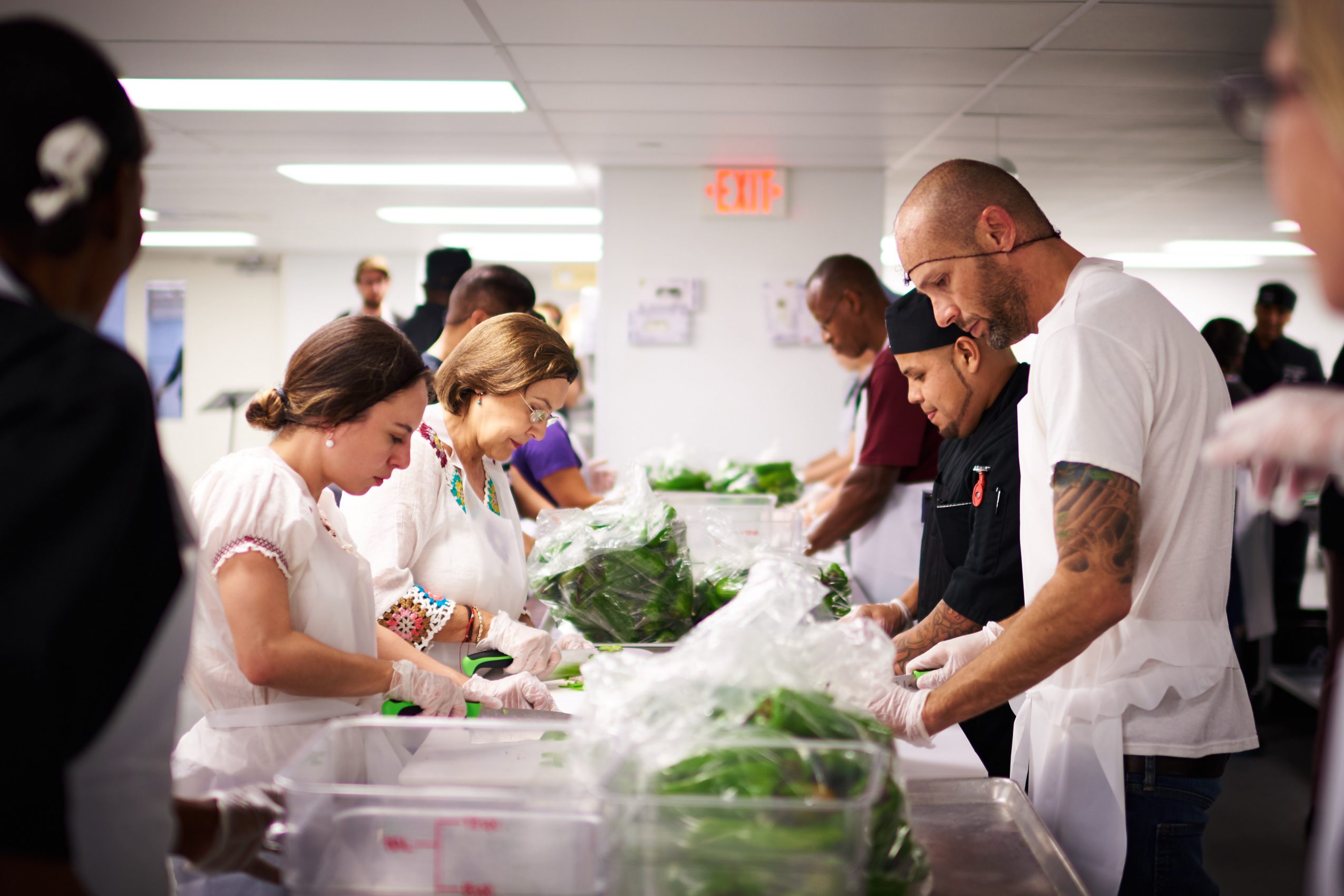