Meet Rick Lazzarini of The Character Shop in Simi Valley 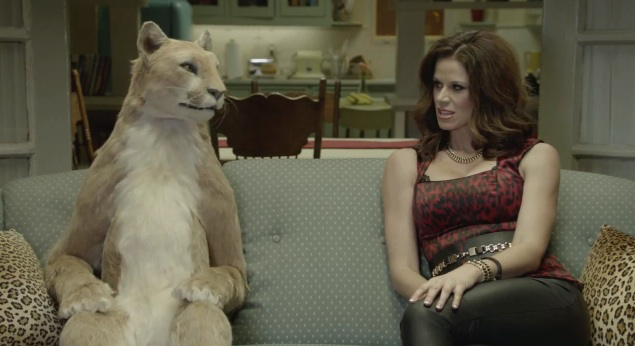 Today we’d like to introduce you to Rick Lazzarini.

Rick, before we jump into specific questions, why don’t you give us some details about you and your story.
I loved horror films, monster movies when I was a kid. So, I started making my own. A magazine called “Famous Monsters” came out with “behind the scenes” articles so I began experimenting and researching Prosthetics, Mask-making and Prop making, so by the time I was 17 I was already working for rock bands such as “The Tubes” and “KISS”. I came down to LA and went to Film School at Loyola Marymount U, where I rented a garage off-campus and continued making props and monsters for music videos and low-budget slasher films. Early work on horror flicks such as “Slumber Party Massacre” soon led to more mainstream work, such as the “Nightmare on Elm Street” series, “Aliens”, “Spaceballs”, “Batman Returns”, and my realistic animal replication led to jobs such as “Outbreak” and “Operation Dumbo Drop”. A career in commercials followed, with the design, creation, and puppeteering of the iconic “Foster Farms Chickens”, doing the “Budweiser Frogs”, and many more. Feature Films, TV Shows, Broadway shows, Museums, Restaurants are all now customers who purchase our Animatronics and Puppets. Not bad for a geeky kid!

Overall, has it been relatively smooth? If not, what were some of the struggles along the way?
Working in the Entertainment Industry is never easy. There are challenges everywhere: Budgets, Deadlines, Egos, Constantly-changing specs. Producers who cheat you out of earned payment and royalties. An increased squeeze from Corporate NDAs, where they try to get you to agree with some pretty onerous conditions…before you even know what the project is. There is also the long road to prove yourself, after which you get recognized. Then you start to charge accordingly… which starts Clients on the cycle to look for someone cheaper who is on that long road to prove themselves! 😉

The Character Shop – what should we know? What do you guys do best? What sets you apart from the competition?
We’ve come to be known for a reputation for innovation, for realism, for solid professionalism. Clever animatronics, which are sophisticated mechanisms that allow our creations to be very lifelike. Attention to lifelike detail and finish. An ability to adapt our visual style to whatever the concept requires.

We’re most proud of our range and past involvement on iconic or long running projects such as the Foster Farms Chickens, the Bud Frogs, the Ghostbusters franchise, Aliens, several Super Bowl and Academy Awards ads, our Waldo® control systems, and so much more.

What sets us apart from other companies is our holistic view to the entire process; from Design, through Construction, to bringing our characters and creatures to life on set. We bring an intense energy to the Artistic side, but the same to the Logistic side, because our effects are, in reality, elaborate illusions that have so much going on, cleverly hidden, which the camera does not see!

What is “success” or “successful” for you?
Being passionate yet professional about the work, while receiving recognition from peers and Clients…and fans! The ability to say “yes” *or* “no” to projects that you know you either *have* to do…or shouldn’t do. Success also means you’ve been able to make a living at what you love doing, a good living. Success means that people seek you out for your advice and consultation and labor.