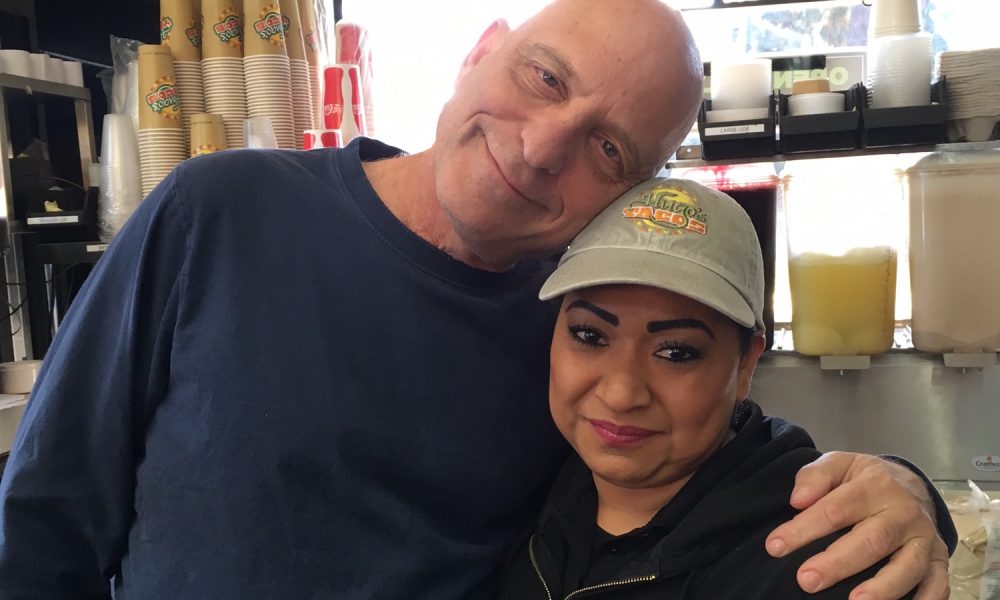 Today we’d like to introduce you to Richard Brenner.

Thanks for sharing your story with us Richard. So, let’s start at the beginning and we can move on from there.
I ran a blues bar in Chicago which made me want to open a bar with music – but in a warmer climate. After 10 years of trying to do that, the idea morphed into finding a space to open a coffee house, which is when I met Tom Kaplan who was roasting coffee at the time at his restaurant, Caffe Latte. He liked the idea – in 1990 there were only a handful and none of them were offering fresh roasted coffee – so we became partners when we opened Highland Grounds.

At the end of the 90’s, Tom had sold Caffe Latte and Tom’s dad, Terry Kaplan, had decided to retire from Hugo’s in West Hollywood, where Tom had worked when Terry opened the restaurant in 1980. Tom found the Studio City Hugo’s location and we jumped on it. Being in Studio City, we saw the stand across the street become available and Hugo’s Tacos looked like it could become a reality. That led to the Atwater Hugo’s Tacos, the Agoura Hills Hugo’s Restaurant and back to the most recent Hugo’s Tacos in Woodland Hills.

Great, so let’s dig a little deeper into the story – has it been an easy path overall and if not, what were the challenges you’ve had to overcome?
As Chief Operating Officer, the biggest challenges were at the beginning. We had had a successful 25 year run with our full-service restaurant Hugo’s. Now we were trying something different. When you open a new place, you go in it with the highest expectations (dreams), but the reality is brought back down to earth by the first people you hire. It takes time to build a good/great staff. We have that at the restaurant and we have that now at the Taco Stands, but the first group of people you hire need time to find their place and the jobs that fit their abilities. Someone you thought would be great at the window taking orders, might not be able to multi-task, which is important, and that can throw off all the other training you’re trying to do for other positions.

The other challenging part is the menu. Does your menu work with the space you have? Does it work with the people who are making it? Food items that you thought would work have to be dropped and new ones created. However, once you find your rhythm, things start to smooth out and then you have to be able to handle the inevitable turnover of people until you get to the point where you have a committed staff.

Alright – so let’s talk business. Tell us about Hugo’s Tacos – what should we know?
As all ideas do, Hugo’s Tacos started as a gleam in our eyes, sometime in the 1990’s. It became a reality in 2005, when my partner, CEO Tom Kaplan, and I, with CFO Bill Kohne’s encouragement and expertise, opened our first Studio City location.

As an offshoot of Hugo’s Restaurant, Hugo’s Tacos offers a South-of-the-Border cuisine with healthy options. Chef Nabor Diaz Prado used family recipes, re-created taste memories and traditions, fused with his experiences at, and ideas from, Hugo’s. In “translating” the dishes, he began with the abundance of regional ingredients available in Southern California – the same way he would start in Mexico, if he were cooking there, using the ingredients on hand to create.

Mexican cuisine is by nature a “fusion” cuisine, having incorporated Spanish, French, German, North American, and even Middle Eastern influences over the centuries – most of those influences in evidence on Hugo’s Tacos’ menu. The Hugo’s stealthy-healthy twist (organic products, vegan and gluten-free options, fresh, from-scratch cooking, recyclable and compostable packaging) is just one more addition to the cuisine’s ever-expanding development.

We’re proud of being authentic to our history and the cuisine’s history, which we think, makes us authentically delicious.

Is there a characteristic or quality that you feel is essential to success?
Tenacity and compassion