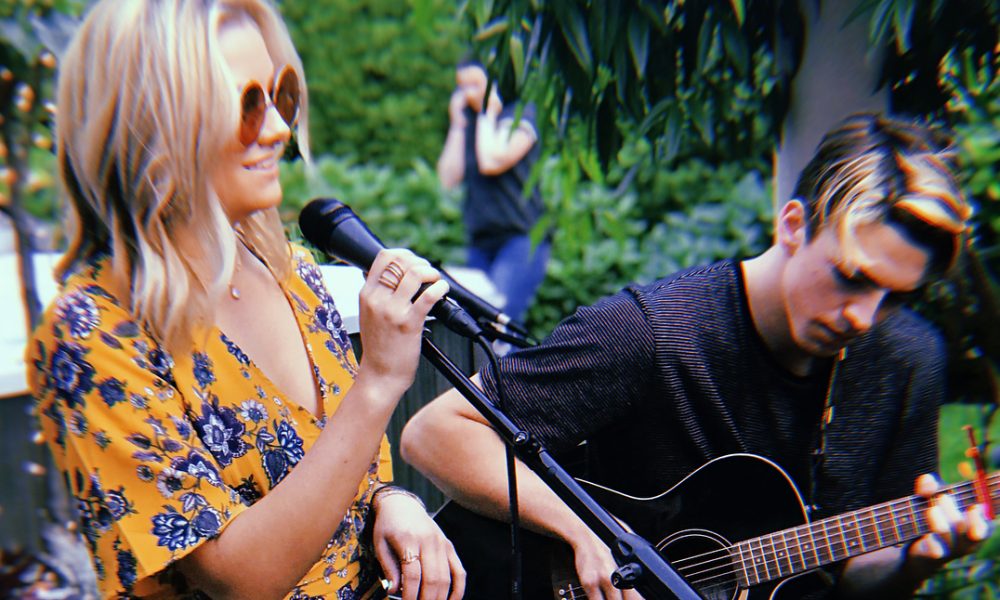 Today we’d like to introduce you to Powell Aguirre.

Powell, let’s start with your story. We’d love to hear how you got started and how the journey has been so far.
This whole music journey has brought a very profound meaning into my life. I find it as something I can turn to when the world is behind me. Not to sound edgy or anything but I am a very introverted person. There are people that can bring the character out of me meanwhile there are others who can make me feel muted. Growing up, I slowly chose the path to isolate those who weren’t as close to me and focus on tighter circles. I’d rather have four quarters than 100 pennies! I’ve always had itching ambition to do something meaningful.

Music is in my blood. My great Grandfather practiced western swing with his jazz band and my father plays the saxophone and is the singer in his Jazz band. The earliest I can remember playing anything was pressing on keys as a kid on my family’s piano. As far as producing, my older brother helped me download Fruity Loops Studio on the family computer in 3rd grade. This was around when Skrillex dropped the most fire EP of all time introducing dubstep. I would study tutorials on YouTube learning how to replicate a wub-wub sound and place some drums around it :’) It wasn’t until around Junior year of high school that I started to take music more seriously. I wanted to replicate a radio-ready sound and push my foundational skills to their full potential. I would make music with all the free time I had and find myself at 2 AM in my boxers teaching myself Rip Tide on guitar, or finally creating that warm melody thinking I might have a hit song. This all creates a very special glow in my heart that nothing in this world can compare to.

I did extremely poorly throughout my time in school. I was not one to sit through lectures or read and answer questions. This affected my grades drastically. As my senior year was coming to a close, it was really tough to see a lot of my friends heading off to some of the best schools in the states. This made me feel like the odd one out. It didn’t feel right to NOT go and study business and get a degree. But at the same time, I knew in my heart that it wouldn’t feel right at all to go down this path.

I didn’t want to attend school for music because I would assume the curriculum would be boring and full of proper methods used to score a film. One field of study that interested me was Computer Science. I took a programming class during my freshman year where we got to program video games. This allowed me to incorporate creative detail while overcoming syntax errors and to me, that felt nice :’) With this brief history; I applied to an open admission technology school based out of Arizona. I wrote them an essay including my story and why I would be a great fit and in return; I was accepted with a small scholarship included. My first thought was a great relief. Finally… a plan I can tell to my teachers and friends’ parents! Have you ever convinced yourself you like something when deep at heart; you’re not quite 100% about it? That’s where I found myself to be in this situation. Everyone else in my graduating class was moving onto higher education and I thought in the tunnel vision that this could be my own professional pathway.

That’s when an absolute miracle happened… I broke my leg! But It was all meant to be… Just a fine evening scootering around with some friends when I whipped out the gnarliest wheely of 2018. I lost balance and caught my fall with my left leg stomping on the ground resulting in a compound fracture through both my tibia and fibula. Just when I thought I was heading off to Arizona to study computer science… I spent the next three months physically unable to move from my bed. I used this time to make more music and focus on creating quality sound. It was really hard at the same time to see all my friends have their final goodbyes and get-togethers, but I was also visited by those who were closest to me. By the time I was able to walk again, I attended my local community college but without a long term direction. I was working at a PacSun but still focused on music.

I then started to talk to a girl of interest who was also from Seattle and had moved to LA for her modeling agency. She and I had mutual friends which broke the ice in the DMs and began our FaceTime relationship. After about a month of talking, I visited her in LA. The day after, I surprised my good friend Nate who I grew up with and had lived in the area. Nate lived with three other producers who I got along well with through common interests and goals in music. The weekend was filled with amazing experiences but I was sad I was going back to Seattle. I felt that my goals didn’t seem realistic when I’m not surrounded by those who think like me. Los Angeles has lots of opportunities for whatever it is you wish to pursue and for me; I felt I needed to manifest it.

Nate informed me that one of his roommates was moving out at the end of that month and that was exactly when I made plans to transfer my PacSun job to the location in the area and start school at Santa Monica College. I said my bitter-sweet goodbyes to my friends and family and drove 1000 miles from Seattle to Los Angeles.

After eight months of living here, I am beyond grateful for the number of people and experiences I have come across. It truly showed me how much life has to offer and that my goals are very obtainable if I put my mind to it. Music is my vehicle to live the fulfilling life my 11-year-old self fantasized about.

Overall, has it been relatively smooth? If not, what were some of the struggles along the way?
The broad picture has been the struggle itself. In my life, I learned to fail. I have attempted going pro at Scooter Riding and failed. I would stream World of Warcraft and attempted to be a full-time entertainer and failed. I have logged 5000+ hours into CS: GO attempting to go pro and have failed. The list goes on and with all of this trial and error, I have learned a lot about myself. I now know that I am one whose driven off of passion. I fantasize about end results and focus on the steps to get there. Another important lesson I’ve learned about failure is that it’s viewed from various different perspectives. To me, failure is giving up. My idea is that there should never be any reason to ever judge someone until the end of their days. Even then, the only examples up for judgment would be the progress in the art to appreciate. If you love something you will spend your time doing it subconsciously. That activity becomes your past time and evolves into your own craft. That’s what music became for me as I progressed in my sound through my years producing. I will never stop making music. The art is in my spirit and even if I’m not making bangers to be played at festivals, I’ll always make something from the heart that sounds good to me. That will source the initial glow in my soul that nothing could ever be compared to.

Surf Mesa – what should we know? What do you do best? What sets you apart from the competition?
Surf Mesa is a project I started in my junior year of high school. I released budget EDM music to SoundCloud with no greater ambition than to create art on a blank canvas. Some people in my school would listen to my music and mention it to me but I would just play it off as a sarcastic beat that I made ~being bored~.

This year I am focused on expanding Surf Mesa as a brand. I wish to be playing in more sets around Los Angeles and growing my following on social media. I’m also focused on my niche sound. Warm, melodic music to fall in love with. I want people to confidently play my music on Bluetooth while at a beach or in the car with windows down :’). This is something I’m willing to dedicate the rest of my time to perfecting and will carry on the legacy in my blood. Keep it mellifluous – sweet or musical; pleasant to hear.

What is “success” or “successful” for you?
Success is not based on outside stats. My notion of success is gratitude within. If you get to wake up every day with a roof over your head and a warm shower, that’s more wealth than the simple man. Let alone having the opportunity to go and do what you love on a day to day basis. Authentic luxury is the freedom to live, laugh and love what you do. 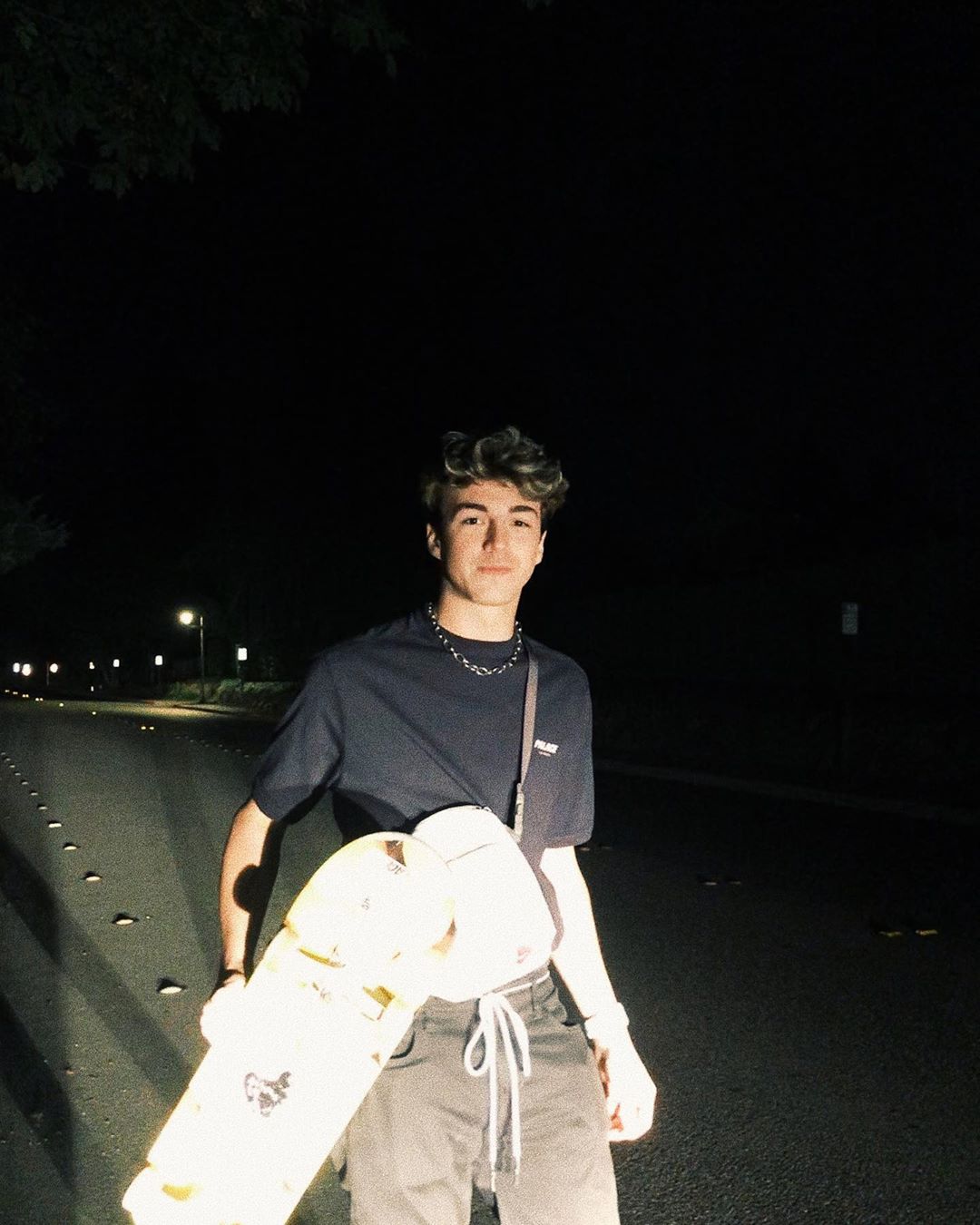 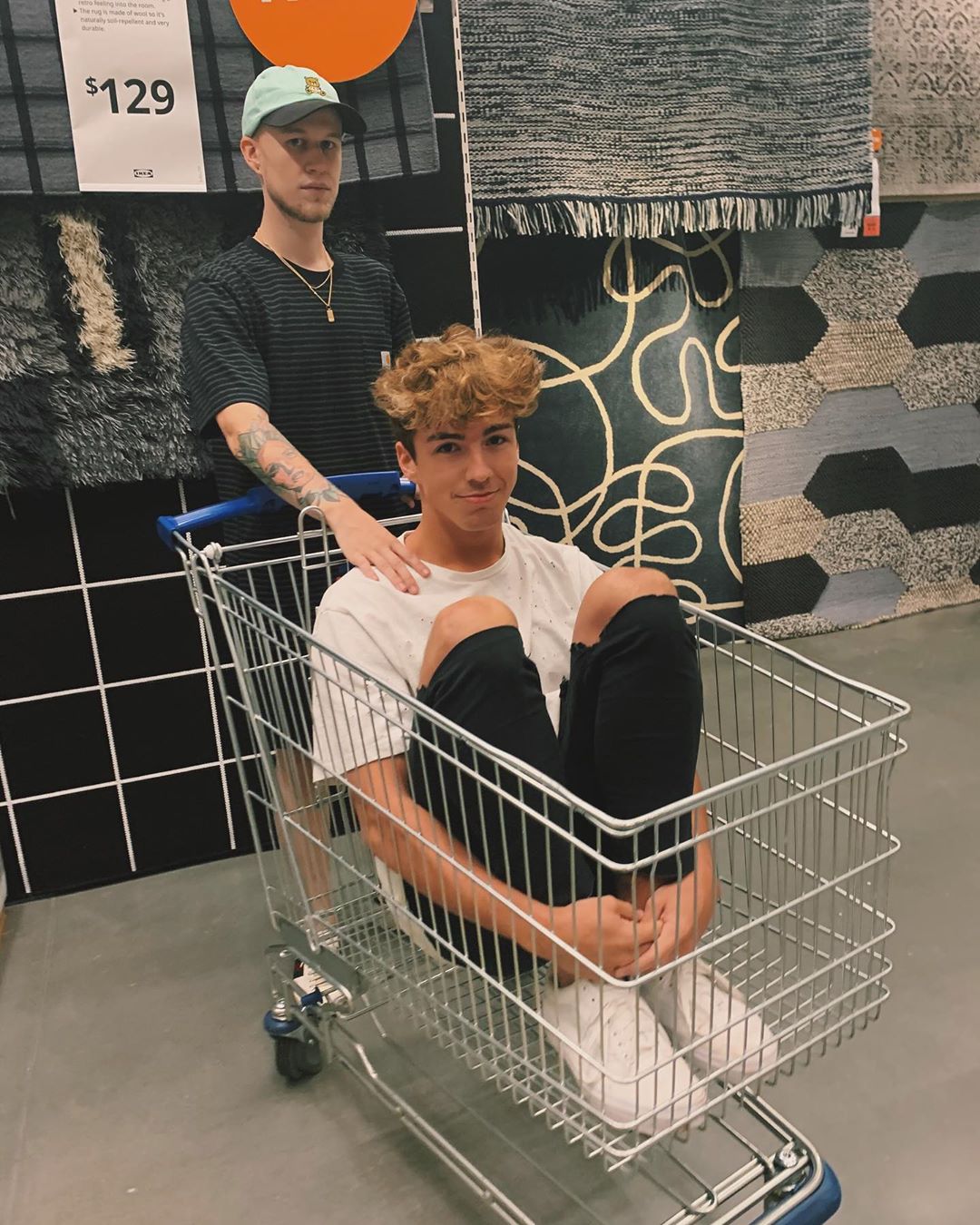 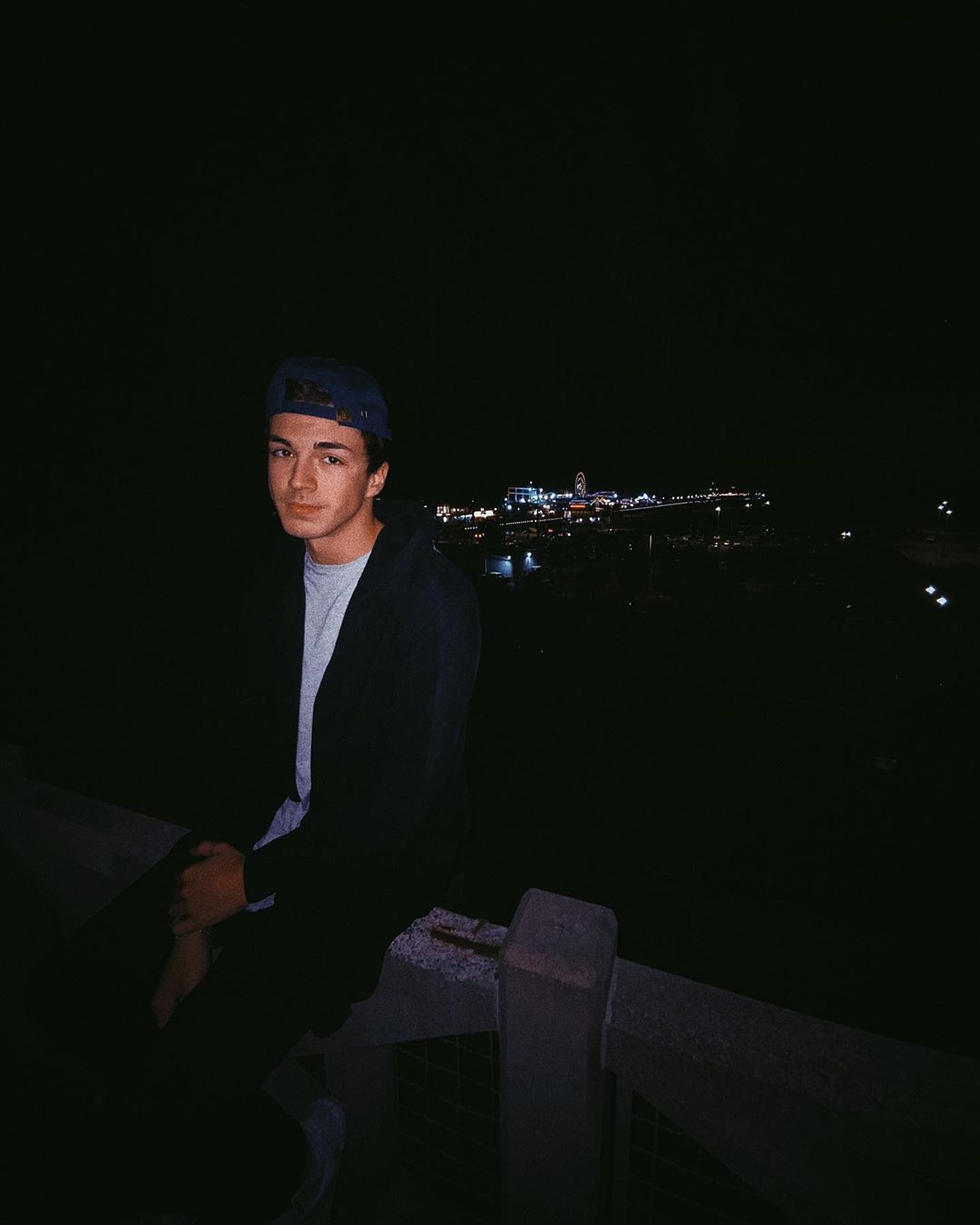 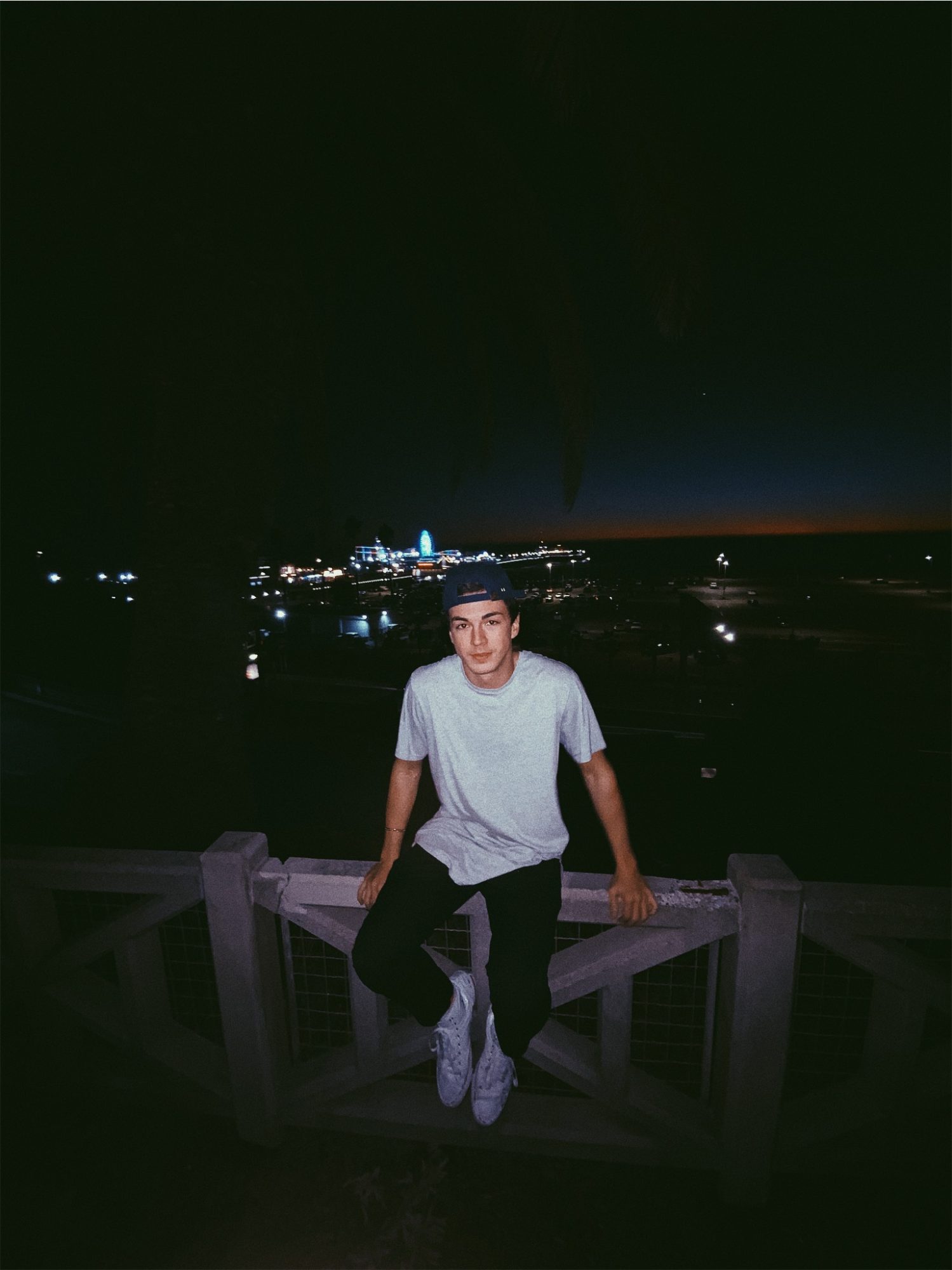