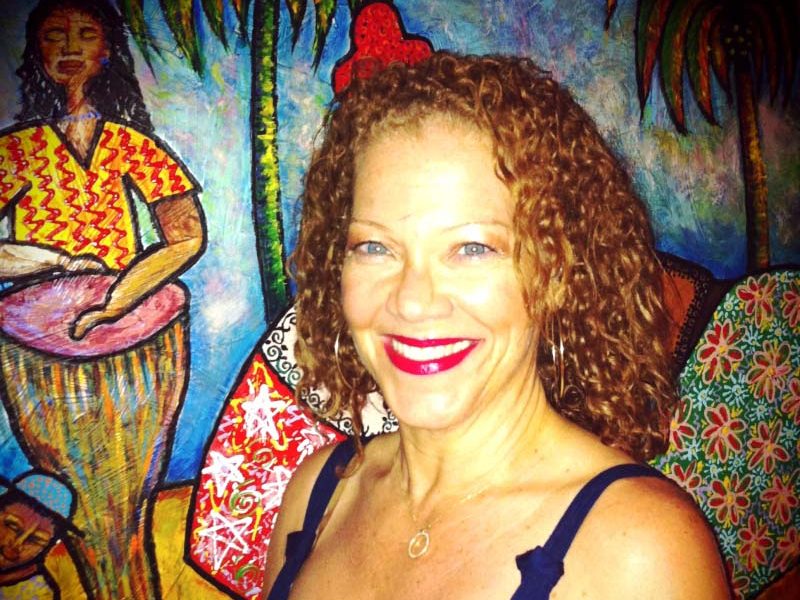 Today we’d like to introduce you to Pam Ward.

So, before we jump into specific questions about the business, why don’t you give us some details about you and your story.
Pam Ward, artist, activist, writer. I was born in Los Angeles during the Black Power movement, when LA was an explosion of artistic expression and rage, when drummers and painters took to the streets, pumping out drumbeats and radical rhymes. I spent lots of time crisscrossing the city. My father, architect James Moore took us on “visual journeys,” piling us into our VW bus, and pointing out the sites. “See that,” dad said, pointing to the spider-shaped dome at LAX, “that’s designed by black architect, Paul Williams.” Driving from the 110 to the 10, past the Felix the Cat sign on Figueroa, I discovered many visual signposts to let me know I was home. Dad was from Pasadena. Mom was from Watts. Mom’s teacups are encased in the Watts Tower’s base from the days she gave bottle caps and broken pottery to her neighbor, Simon Rodia. Later my father would design the Watts Library on 103rd, the last work he did before he died.

Images and words are an important part of my story. I went to art shows in backyards where my dad’s friends showed their wares since many blacks weren’t shown in museums. These homemade shows were impressive, where huge paintings hung from trees and people read poetry or displayed assemblage work, like “The Operation,” by Johnny Riddle made from found art from the ’65 riot. From these gatherings, I began putting on shows myself and I would read poems to family and friends. As a kid, I hung at the library or went on my own visual explorations, pumping up and down Slauson on my purple, banana seat Schwinn, talking to folks, hustling candy, trading empty bottles for Jolly Ranchers or Sugar Babies. I also read from the library my dad kept in our house, Black Power, Before the Mayflower, Three Musketeers by Dumas (who I found out during a trip to Paris, was black.) I loved drawing or writing poems or making my own Hallmark cards from the slick piece of cardboard inside my mom’s pantyhose pack. I wrote my first novel at ten after seeing Salvador Dali’s “The Persistence of Memory,” impressed by his melting clocks I entitled it “Time Land.” My parents never gave me money, so if I want anything, I earned it myself which has spawned many a natural entrepreneur. Sometimes mom left me in front of Boy’s market while she shopped and I sold psychedelic homemade rings fashioned from colored telephone wire, which I curled around my pencil.

Currently, I am a yoga instructor learning the fine art of breathing.

Great, so let’s dig a little deeper into the story – has it been an easy path overall and if not, what were the challenges you’ve had to overcome?
Okay, being a single mom with two daughters was hard. But being self-employed made it better. I could go to all my kid’s events even though I didn’t have much money. I think many challenges people face in business is getting paid.

To solve this, I always asked for a deposit on new clients. This way you always saw some of the money and the client also had a vested interest.

Never be afraid to ask for what you are worth. Working at home can make you lazy. Get up and get dressed. Go to the gym. Go on a walk. Get moving! I would force myself to walk to the post office just to get outside and a walk in.

Alright – so let’s talk business. Tell us about Pam Ward Graphics formally, Ward Graphics – what should we know?
I did a lot of work for black clients in my community. I also focused on non-profits or small mom and pop businesses. I am a boutique design studio with a quirky style. My first advertisement said, “Take a Walk on the Wild Side” and featured a black and white photo of the March on Washington. If you can play with that moment, you can do anything.

Is there a characteristic or quality that you feel is essential to success?
Tenacity and patience.
Kindness
It’s more fun to do business with people you like. A printer told me once, “cut the bad branches off the tree.” 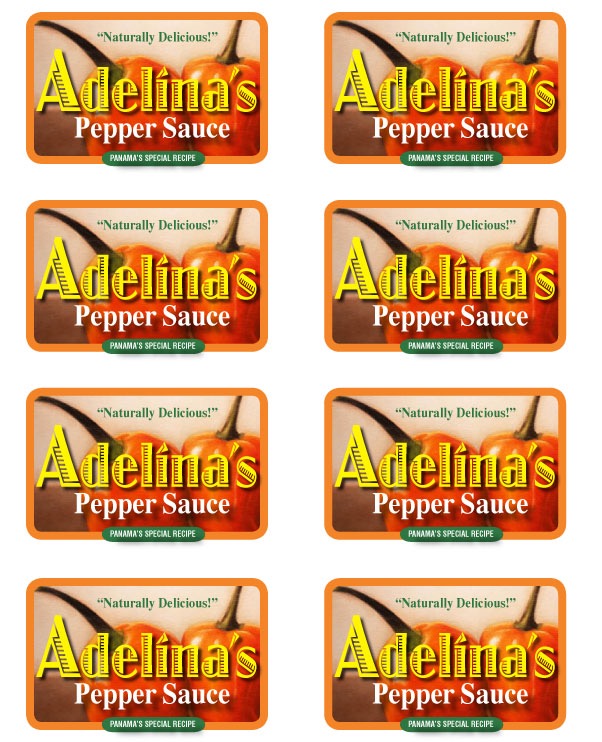 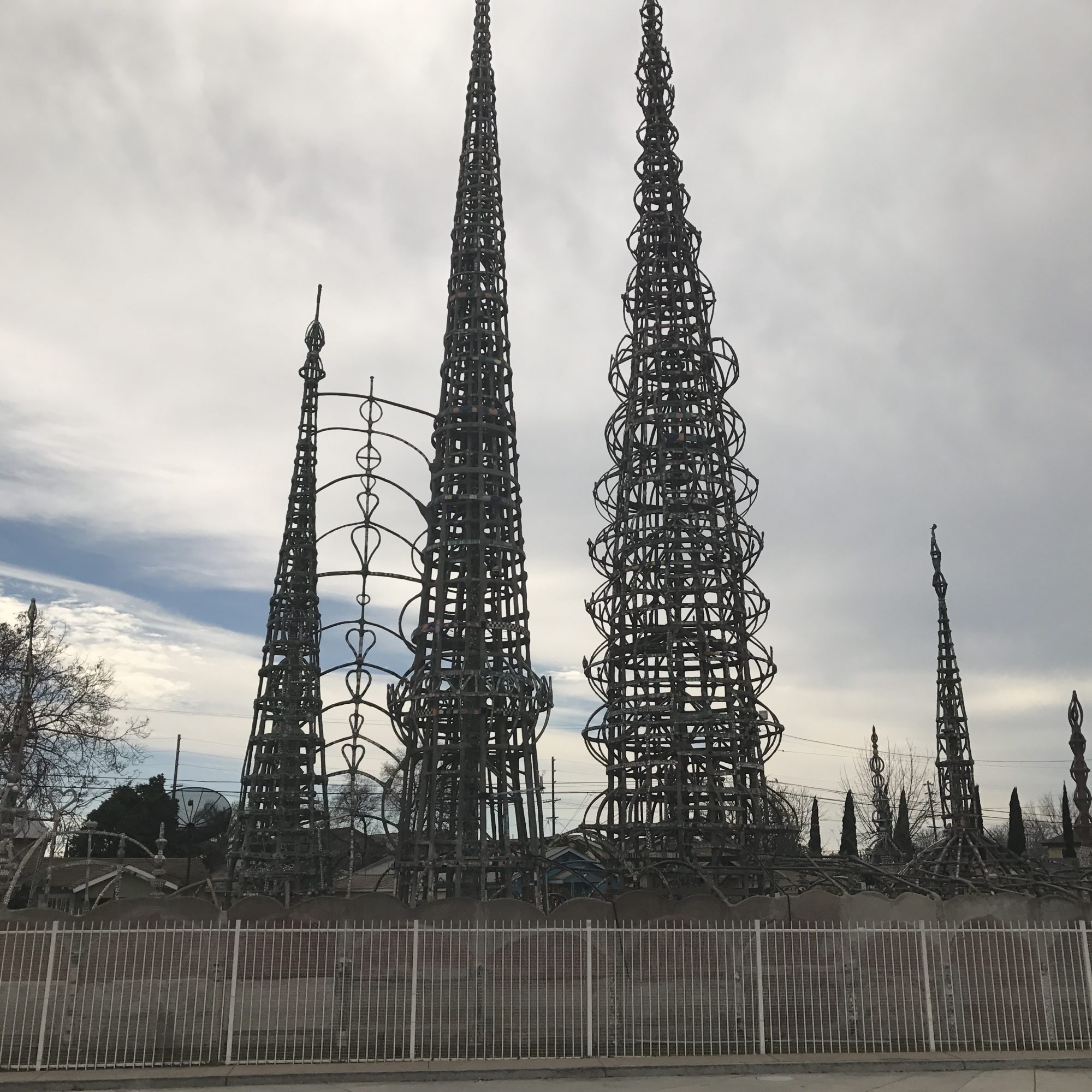 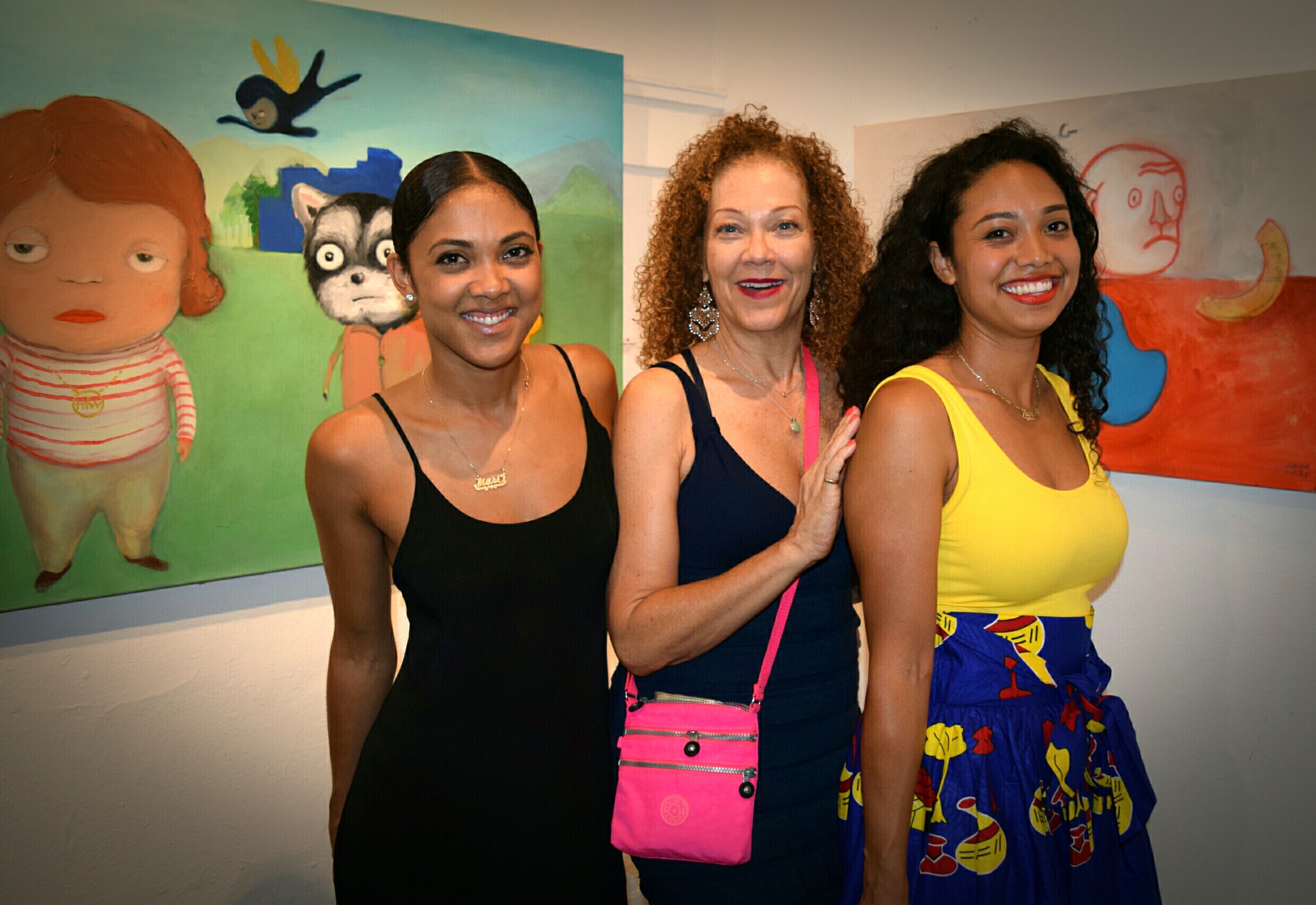 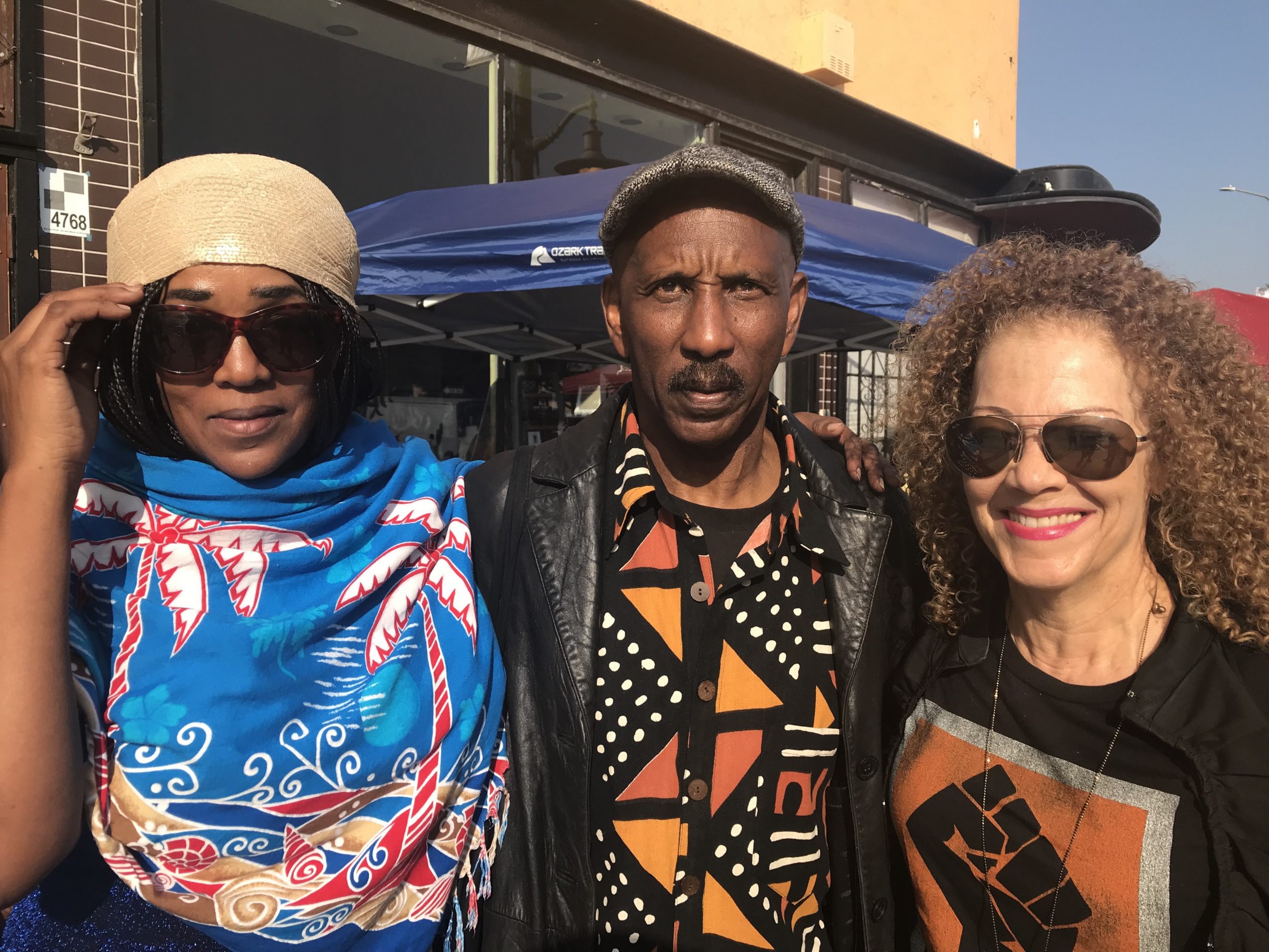 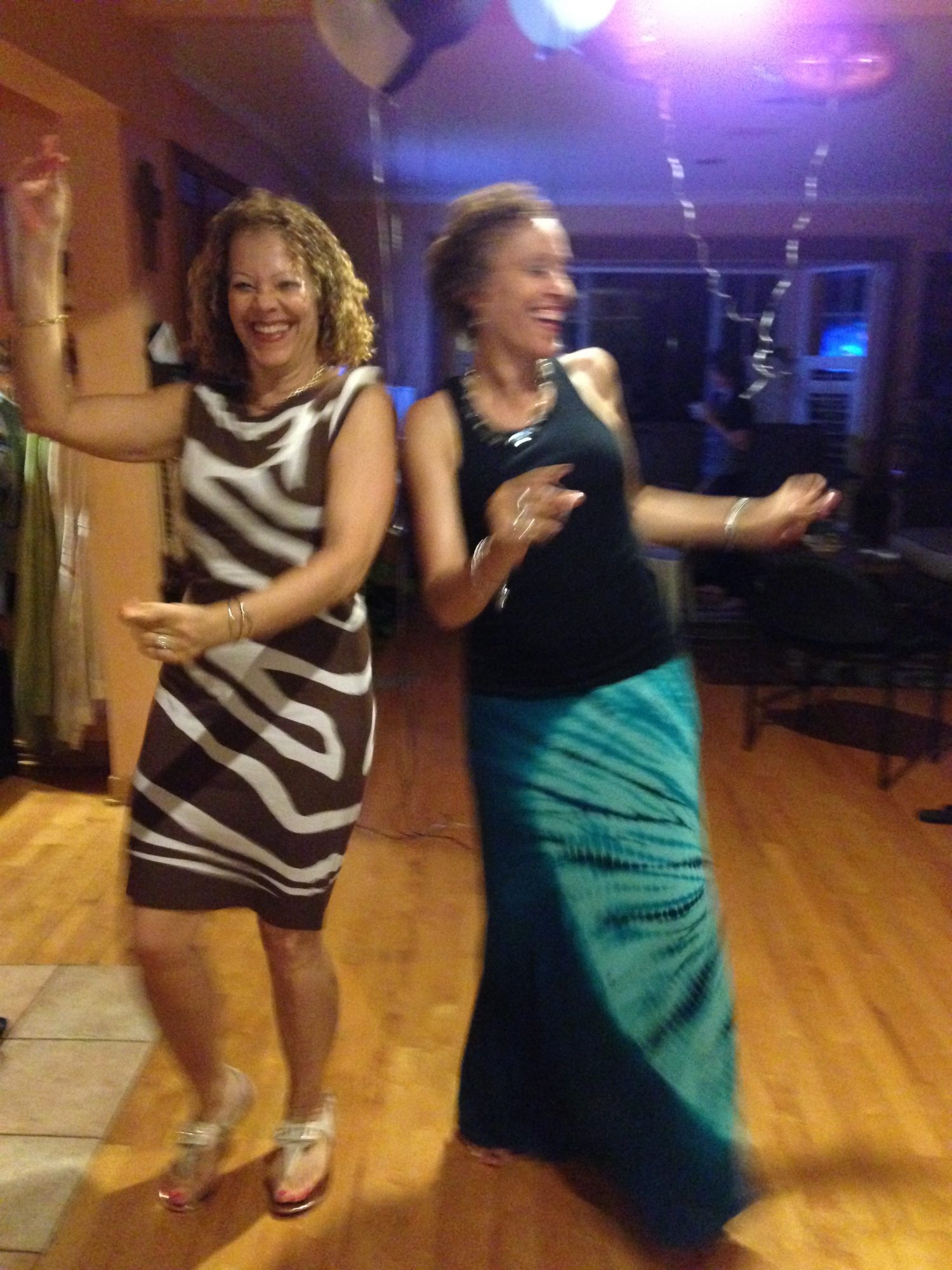