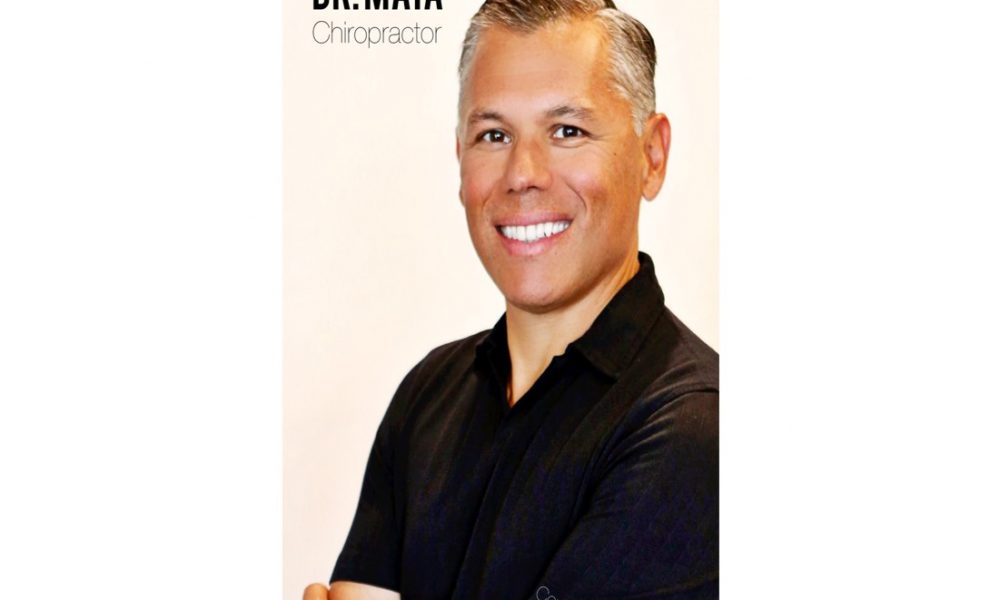 Today we’d like to introduce you to Olman Mata.

Olman, let’s start with your story. We’d love to hear how you got started and how the journey has been so far.
An epiphany is an inspired understanding arising from a connection with a profound insight, awareness, or enlightened truth. At the young age of 18 I didn’t know what this word meant, but I certainly experienced it.

Most high school kids don’t have a clear idea in regards to what they want to do in life, well I was no different. However, I was clear about one thing: I loved to surf. On one beautiful southern California day perched on my board without a worry in the world, I saw the most amazing wave forming on the horizon.

I confidently paddled towards it along with all the other surfers out there that day. In a matter of seconds, the massive wall of water was within arm’s reach. The wave was ready for me, but I was not ready for it. I was immediately engulfed in its fury, and in an unfortunate turn of events, I felt myself repeatedly and violently tossed on to the ocean floor. As often happened during that time in my life, I over estimated my abilities and underestimated the unpredictable force of nature. I only vaguely remember being pulled out of the water by my surf buddies and being rushed to the hospital.

Though semiconscious, I knew my injury was serious due to the intense pain in my lower back and the strange numbing sensations running down my legs. To make matters worse, on our way to the hospital, the car my buddies were driving was rear-ended by another car while I lay in the back in agony. Needless to say, this made my condition worse and delayed the medical attention I needed. A series of X-rays and an MRI confirmed a fracture between the last vertebra and tailbone–my back was broken.

At the end of three months, I considered myself a cripple, unable to walk and move about freely. The use of a wheelchair and crutches were essential to my mobility. I was told by my doctors to keep up my therapy and rehab sessions and “we’ll see what happens”. That was easy to say, but not easy for a once-active high school kid to obey.

Fortunately for me, one week prior to my accident, I was thumbing through some brochures at my high school career center. I remembered seeing some information regarding the chiropractic profession, but I did not think much of it at the time. After another uncertain prognosis form my “go-nowhere” rehab session, I thought to myself, “Chiropractors have something to do with the spine. Maybe I should go see one”. Knowing that there had to be a better way, I flipped through my local phone directory until I got to the Cs. I dragged my finger down the on the chiropractor’s page and landed on one–Dr. Walter Koch.

I scheduled an appointment the same day. My first visit, in my anxious and inpatient state, was uneventful with more X-rays, exams, pushing and prodding. I returned the next day when Dr. Koch diligently and passionately explained the nature of my injury as he pointed to the X-rays and manipulated a model of the human spine. This was impressive. Even more, it was enlightening because no one until then had taken the time to explain what had really happened to me. I immediately trusted his 20 years of experience and his eagerness to help me. With great difficulty, I struggled onto the adjusting table with his assistance. Without hesitation, he positioned my body in a way I feared would seem painful but, somehow, that was not the case. After a just a few minutes and three skillfully applied adjustments to my spine, I sat up on the table and felt a warm sensation on the soles of my feet. Something happened, I just didn’t know what. He asked me to stand and march in place. I rose quickly to see the results. Not only was I able to march in place with full strength and coordination, I was able to walk about the room with ease. How was it that this gentleman was able to restore my health with just his hands? What others had not been able to do in months, Dr. Koch was able to do in minutes. To an impressionable youth, this was simply amazing! I sat back down, quickly rose and stood up again, just to make sure this was real. At that moment, something came over me that can only be described as an epiphany coupled by an overwhelming feeling of clarity. I had a clear realization of what I was to become: a chiropractor just like Dr. Koch.

While not yet a high school graduate, I became a frequent visitor to the campus of the chiropractic college. There I visited the faculty, asked questions and laid out the scholastic road that would get me where I wanted to be. Although clarity and determination were my driving forces, I would have to complete a few years of university undergraduate studies before I could even think of enrolling in chiropractic college. Because I declined to take any summer breaks throughout my college years and I diligently satisfied required classes, I was accepted in the Los Angeles College of Chiropractic.

In December of 1992, I graduated as the youngest chiropractic doctor in my class. Soon after, I started my internship with Dr. Kock. I was now treating patients on the very same table on which, years before I had been treated myself. My example shows that the sooner you achieve clarity in what you want to do in life, the sooner you will become the person you want to be and express what you do.

I now have a successful family practice in Covina, California, just down the street from where Dr. Koch’s office once was. For over a decade I have also been recognized as “The Chiropractor to the Stars”. Aside from my Covina office, my company, On Production Chiropractic, provides chiropractic care to the cast and crew of the television and motion picture industry. Over my lifetime, I have had numerous moments of enlightenment and clarity that have helped me evolve into a better person, but none are so memorable as that the one which made me who I am today.

I was fortunate to have supportive parents and lucky to have a mentor like Dr. Koch. I was meant to find that brochure in the career center, and I was meant to submit to the force of that wave on that summer day. It is said that things in life don’t happen “just because.” Everything happens by divine design; there is a rhyme and reason for all events, good and bad. Usually, when negative events occur, we find ourselves asking “why is this happening to me?” The reason at that time is not apparent; in hindsight, however, it becomes quite clear.

Great, so let’s dig a little deeper into the story – has it been an easy path overall and if not, what were the challenges you’ve had to overcome?
I was so committed early on in life to become a chiropractor; I wasted no time as soon as I graduated high school. I took my education head on, never taking the usual spring and summer breaks as most students did. As a result, I completed all of my prerequisite undergraduate studies, quickly moving right into grad school. At 24 I graduated as a doctor of chiropractic, the youngest in my class. Early in practice, I realized it was difficult to be taken seriously as a doctor when you look like a kid; this was the case for many years. I committed to constantly work harder in every way possible to prove to the world that I was a competent and skilled professional. I was known as “Dougie” by my patients, a reference to a television show in the late 80’s and early 90’s; Doogie Houser MD. The show was about a genius teenager who was a talented doctor played by Neil Patrick Harris.

Alright – so let’s talk business. Tell us about Covina Chiropractic – what should we know?
Covina Chiropractic provides chiropractic care to the families in greater San Gabriel Valley. We are committed to bring about good health by emphasizing the importance of a well-balanced nervous system. We provide safe, gentile and effective adjustment to the spine; allowing the nerves of the neck and back to work at their optimum potential, eliminating pain and discomfort.

What moment in your career do you look back most fondly on?
Looking back, I am so glad that I found something I was passionate about and continued to stay passionate; to this day. I started my practice, set my roots in the ground, stayed in one location for over 24 years and focused on one thing only…. to be a great chiropractor and serve my community to the best of my ability. Keep the main thing, the main thing… It is better to be a master of one, than to be a jack of all trades.