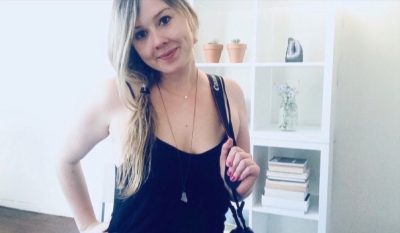 Today we’d like to introduce you to Nicole Wensel.

Nicole, can you briefly walk us through your story – how you started and how you got to where you are today.
I was born in Palo Alto, CA, grew up in Katy, TX and went to film school at the USC School of Cinematic Arts. Now, I work as a writer, director, and actress and own a production company, Conscious Cinema Co., which focuses on social impact filmmaking. I started off in the film industry working at different production companies, studios and gaining experience on set.

One of my first gigs after college was working as a ghostwriter on scripts and other projects for a prominent LA-based production company. After taking a step back, I decided to start my own production company, in order to become the change I wanted to see in the industry, both in terms of content produced, as well as with regard to the general industry culture and treatment of women and minorities. I wrote, directed, starred in and produced my first feature film, Quarter Life Coach, which received accolades at niche festivals and is currently available on VOD.

I’m currently working on my second narrative feature film about society’s assault on femininity and healing from childhood sexual abuse, harassment and domestic violence. I’m also producing and directing a documentary feature about “bringing mindfulness to the streets.”

Great, so let’s dig a little deeper into the story – has it been an easy path overall and if not, what were the challenges you’ve had to overcome?
When I first graduated college, I thought to ghostwrite was a great gig. I was happy just to be getting paid to write––as much passion as I have for acting, directing and other art forms, writing is really my first creative love. But slowly, certain things started to wear on me.

For instance, one moment that stands out was sitting at a conference table during a meeting, in which the male producer who had hired me pointed to the script I had poured my heart, soul and artistic gifts into and said to a potential collaborator, “I know what I’m talking about because I wrote this script.” It took everything in me to not scream out loud at that moment and to instead bite my tongue. He was paying me, after all, though it did make me feel a bit like Margaret Keane.

It was at that moment that I knew I had to take a stand for my talent and value as an artist. I finally started to recognize that my particular voice was unique to me, and, indeed, a valuable asset. I think that’s a big thing, for women, in particular, to really know your worth and stand firmly in it. Society, and this industry, in particular, will try to tell you your worth is purely in your looks or your sex appeal––that you can’t be gorgeous and brilliant and talented and that you have to put yourself in a box.

Look at Hedy Lamarr, the woman invented WiFi and went down in history as a pretty face. Sometimes, it’s hard to see the brightness of your own light and realize how powerful you truly are. I decided to take a risk and set a firm standard: I wouldn’t write another script for these guys unless my name was on it as the official screenwriter and I got paid industry standard. To my surprise, the producers said, “OK,” and almost immediately, I was assigned a new project.

I can’t express how excited I was to be working on my first script that would actually have my name on it as the official screenwriter and that had already been greenlit by this production company, which I had admired from afar for so many years. I had already started on the research and the first draft process when I went in for a meeting with the executive producer of the project.

As I sat there across from this man, in an instant, my heart was broken when he began to sexually harass me, “At some point, just so you know, you’ll have to return the favor,” he said, “maybe after the company Christmas party.” He went on to describe in explicit detail exactly what would be required of me in exchange for this screenwriting job, which I later learned is called, “quid pro quo” harassment. There wasn’t really anywhere to turn at the time. I tried calling the ACLU, who told me I had 100 days to file a lawsuit.

That didn’t seem possible at that moment and the event had triggered so much fear and shame in me, that all I felt I could do was to leave the project. I returned the advance payment I had received and kind of ran away from it by leaving the LA film world and moving to New York. I had to go through a huge healing process, which in a way, I’m still going through. I’m doing my best to channel my frustrations with living in such an oppressive patriarchal society into my creative work so that hopefully I can help to be a part of positive change for women in our world.

A huge part of the continued oppression, which is something I’m specifically working to change, is that roughly 96% of top-grossing films are still being directed by men––that means our culture is absorbing the male gaze on female characters 96% of the time, which is often a hyper-sexualized, dumbed down version of women, which feeds into the cycle of unconscious bias that affects hiring decisions and makes men the preferred choice for every leadership position on an unconscious level. In spite of many industry “diversity and inclusion programs,” this number stays the same year after year, as evidenced by the annual statistical analysis put out by USC Annenberg.

This year has been huge in calling attention to sexual harassment and the gender parity issue, which makes me more optimistic than ever, though we should all remain cautious and aware that just because these topics are getting media coverage does not necessarily mean that the day-day change is fully taking effect. This is really just the beginning––change takes time, especially for such deep-rooted issues. For me, personally, as heartbreaking as some of my early experiences were, they have initiated me into my sense of purpose in the world, and for that, I can say I am grateful.

All of the amazing women who are a part of the movement toward positive change in the film industry and beyond inspire me on a daily basis and I feel so deeply appreciative that this journey no longer feels like a lonely one.

Please tell us about Conscious Cinema Co..
I started Conscious Cinema Co. to produce film projects that have the power to elevate the global consciousness + cultivate positive change in the world. I do so by writing, directing and producing feature films in both the narrative and documentary format. I am passionate about creating spiritual, conscious cinema. My films seek to entertain while simultaneously expressing shared humanity and at times acting as a healing and inspirational force for audiences.

I also produce cinematic video content for ethical brands. I love working with brands that are aligned in core values and am particularly drawn to the conscious capitalism and social impact of business space. Through cinematic storytelling, we have the power to empathize mass audiences to causes that are important and inspire more conscious purchasing decisions.

Conscious Cinema Co. has several features in development that focus on using the narrative storytelling format as a tool for social impact, drawing on entertaining genres like action-adventure, romantic comedy and science fiction to tell stories that matter.

The mass consumption of entertaining narrative feature films and the ability of these films to evoke empathy for individuals of diverse backgrounds is the gateway for huge cultural shifts and lasting positive social change. Conscious Cinema Co. particularly focuses on the necessity of capturing these diverse perspectives behind and in front of the camera, with an emphasis on female and minority-centric stories.

Do you look back particularly fondly on any memories from childhood?
My sweetest childhood memory was when my cat had kittens, mom used to bring them up to my bedroom in a basket and wake me up by putting them all on top of me––best alarm clock in the world. 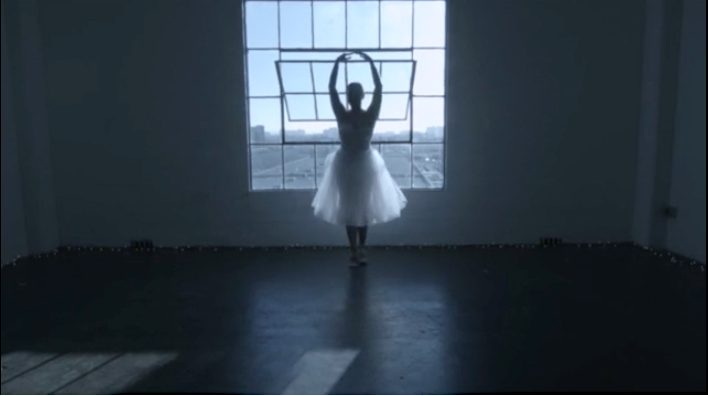 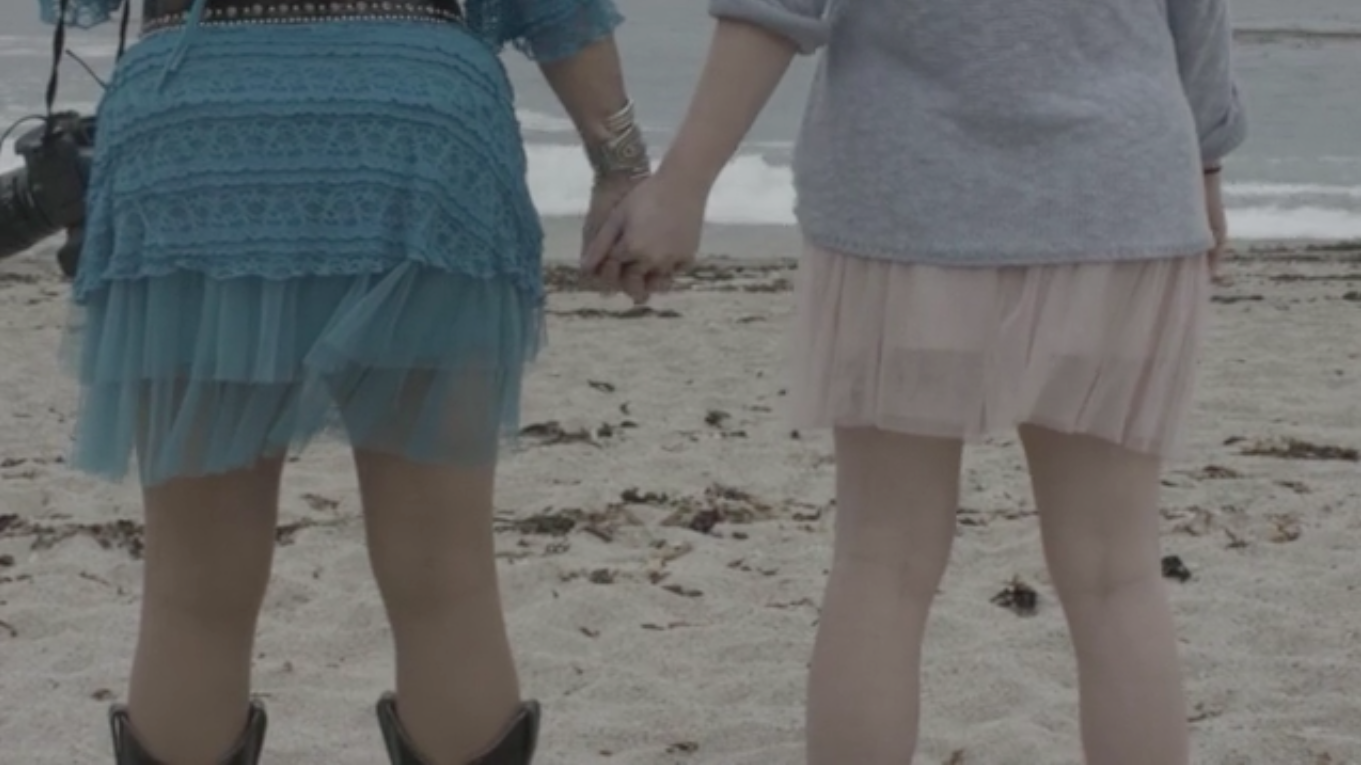 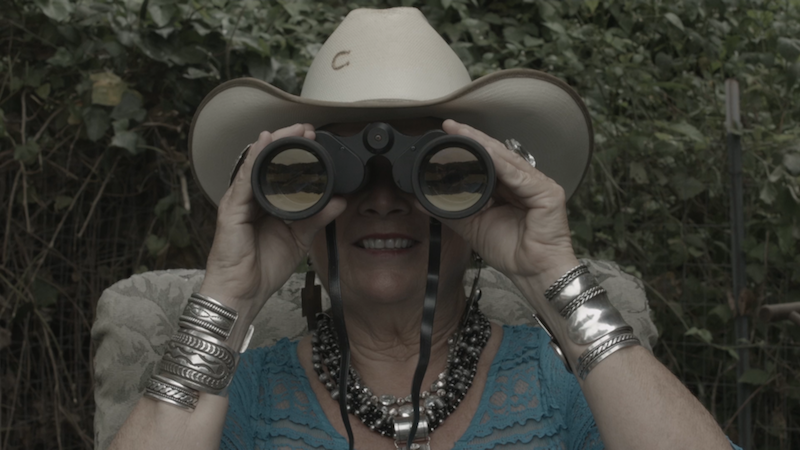 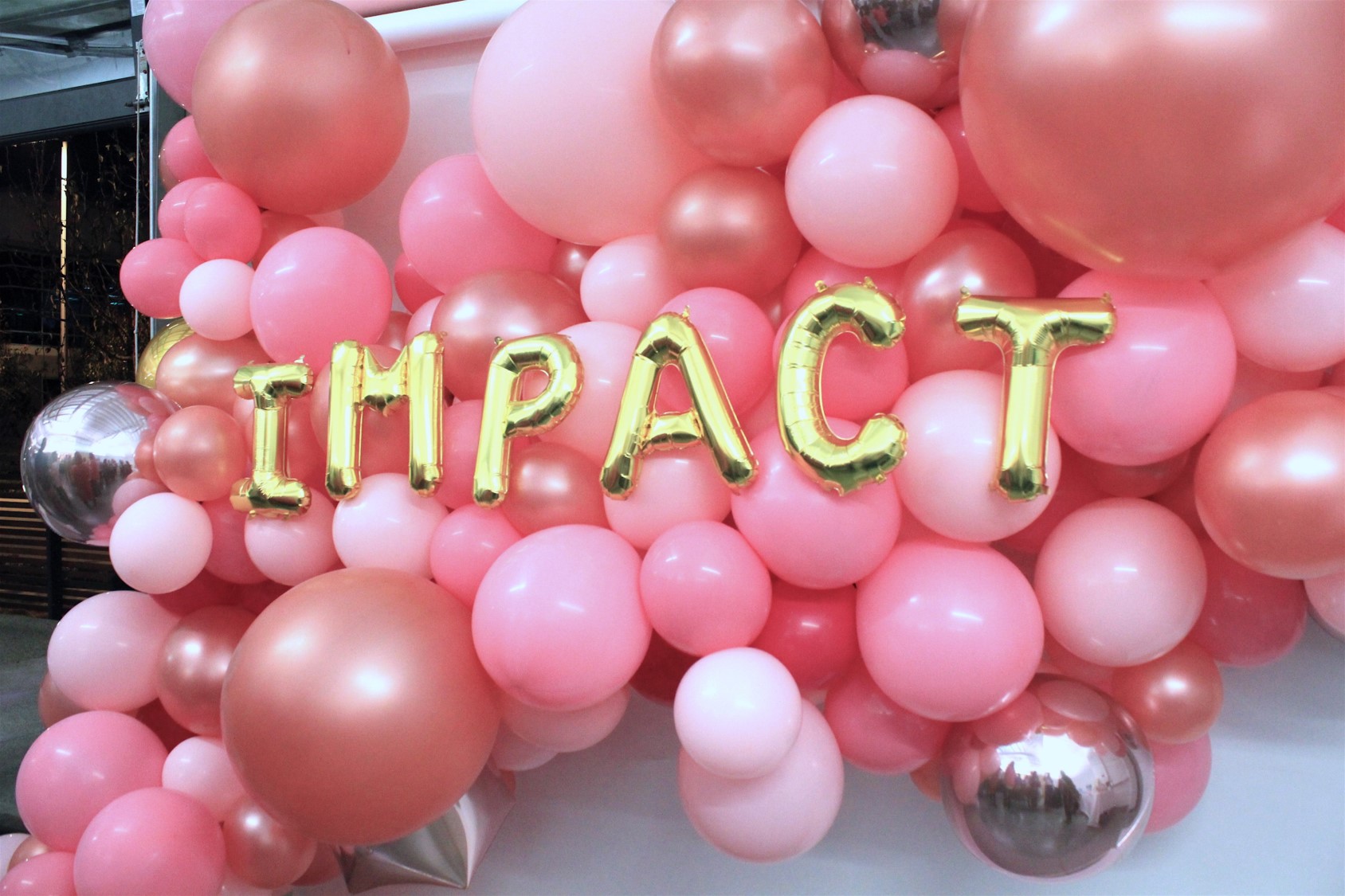 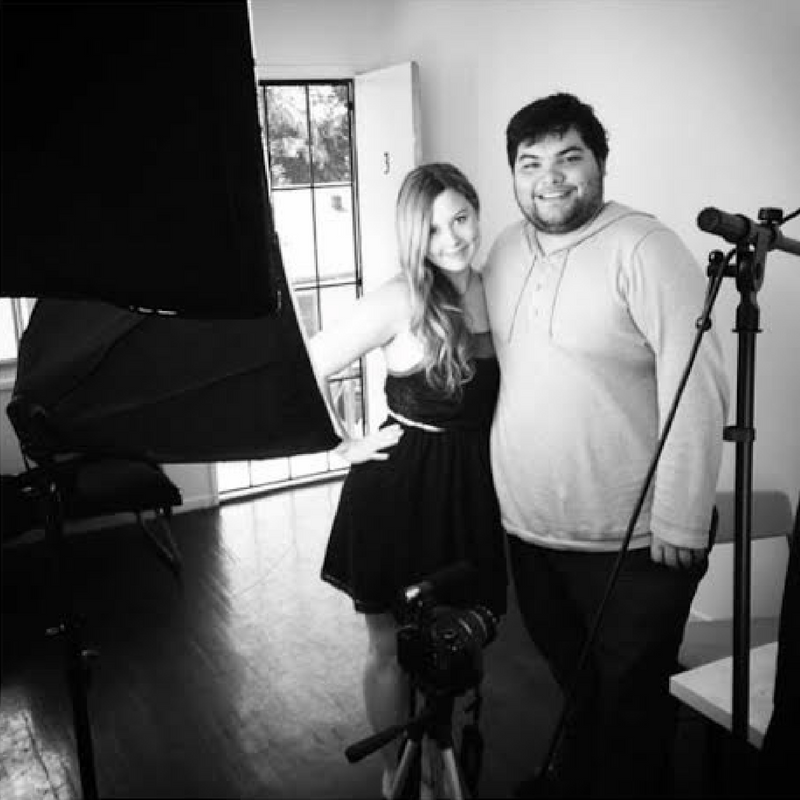 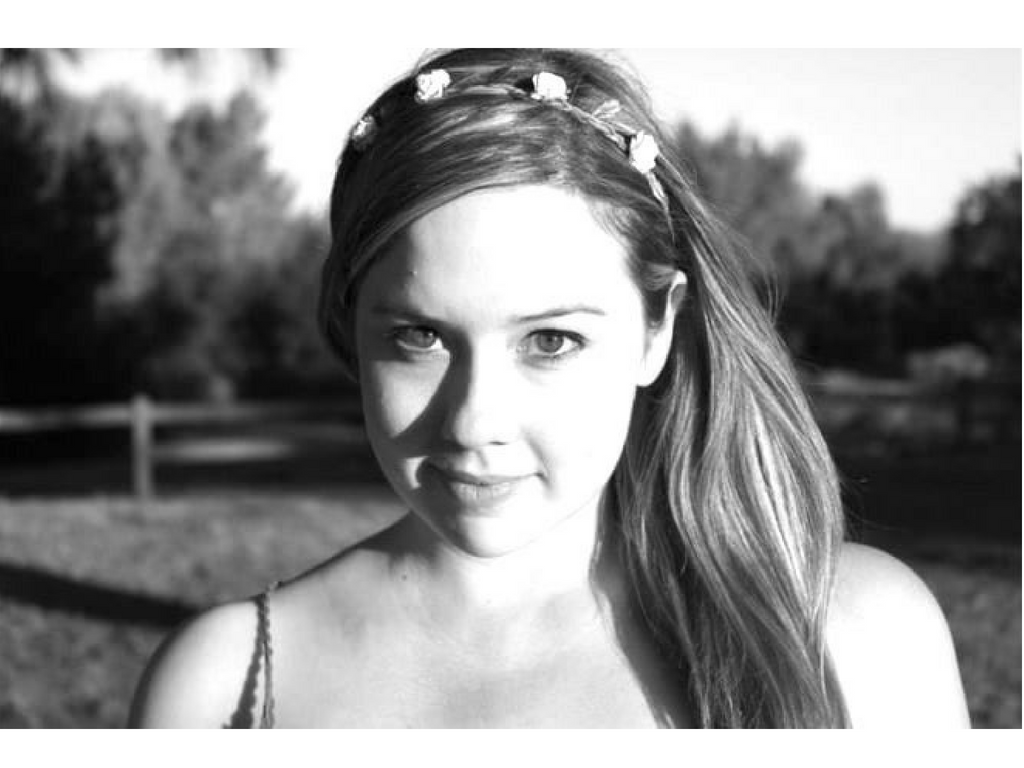