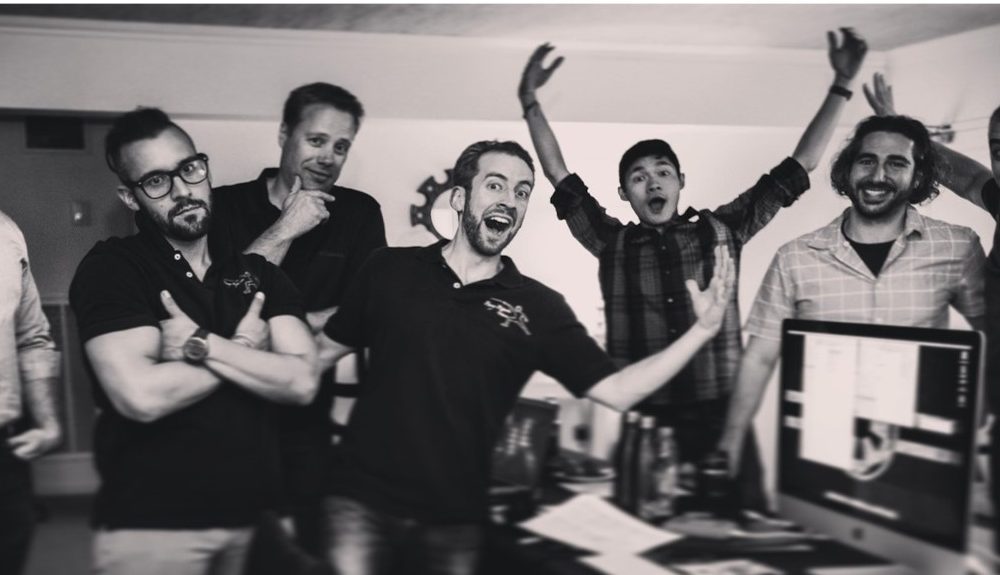 Today we’d like to introduce you to Nathaniel Beaver.

Thanks for sharing your story with us Nathaniel. So, let’s start at the beginning and we can move on from there.
I grew up in West Lafayette, Indiana in a family of five. I was lucky to have seen Return of the Jedi in the movie theater at 3 years old! My family loves movies, and film had a big influence on my life. My brother, sister, and I used to use my dad’s old VHS camera to shoot fun little videos and commercials.

I attended a small high school. It was in those early years that I started acting in theatre productions and exploring the video camera through various school projects, short films, skits, and stop-motion videos that I made using my action figures. I was recording on VHS tapes and editing at home (crudely) using two VCRs, a CD player, and a small Radio Shack audio mixer. I wish I had today’s technology back then. Who knows what I might have produced!

I started out as an actor, attending Indiana University (Bloomington) and double majoring in Theatre and Telecommunications. Although I loved acting and relished the opportunity to create a character, I soon learned that my passions were in working behind the camera – Directing. In the Telecommunications Department, I learned from their field and studio production courses, as well as worked at the PBS studio, WTIU.

After graduation, I freelanced as a camera operator in and around Indianapolis, while working full time at the Indiana State Department of Health as the Distance Learning Coordinator, but I knew that my path would eventually take me to Los Angeles.

Before settling in LA, I made a brief stop in New Zealand. I obtained a work visa for two years, where I lived, traveled, and worked in Wellington. I had never been out of the United States before. It was an amazing and beautiful experience. As a huge Lord of the Rings fan, seeing all of the filming locations was awesome! However, the best part was a chance encounter on a city street with Weta Workshop Manager Richard Taylor, which led to a personal tour of the workshop. It was my “Willy Wonka & the Chocolate Factory” moment! After applying for New Zealand residency and unfortunately being denied, my magical time in this fantastical country had ended. It was time to return home.

I finally made it to LA and worked as a server while I purchased equipment, met new people, and built a new business, Parry-Riposte Films. I have been directing, editing, and operating camera since then.

I have worked with many companies, such as Providence Saint Joseph, the American Heart Association, On-Site, Grand Performances, Hollywood Fringe Festival, 99 Cents Only, Contours Rx, and Papa Joe Networks. I have enjoyed being creative for comedic sketches for BurgessTV, TMI, and Sparklepuss. Recent short films include Welcome Home Robbie, Krampus, and Christmas: A Revenge Tale.

We’re always bombarded by how great it is to pursue your passion, etc – but we’ve spoken with enough people to know that it’s not always easy. Overall, would you say things have been easy for you?
It has not always been a smooth road. I have found it to be difficult living in LA and seeing my friends back home getting settled into “normal” jobs, starting a family, buying a house, saving for retirement, and other tasks of a “normal” life. To some extent, I do wonder if that is the life that I should have embraced. However, when you are a creative/artist type, there is no “normal” path that you are to take when following your dreams or achieving your goals.

Creating a strong client base is always a challenge and a constant focus of mine. Some clients only need one video produced, and then you never hear from them again. Some clients have multiple projects and return frequently for more jobs. I think that the fluidity of owning your own production company means that you have to be prepared for the ups and downs, the times when you are full-on busy, and those times when you are not.

So, as you know, we’re impressed with Parry-Riposte Films – tell our readers more, for example what you’re most proud of as a company and what sets you apart from others.
Parry-Riposte Films specializes in post-production editing; however, we are able to assist in all aspects of film and video production. We strive for complete satisfaction of the client’s film and video production, with fast and efficient turnaround completed within an economical budget. Whether you require assistance in short films, documentaries, behind-the-scenes, events, seminars, or any other production, we can make it happen.

The name for the production company, Parry-Riposte Films, was chosen as it relates to the competencies in the art of fencing: the focus to detail, the concentration on task, and the agility required to anticipate the next motion along with the ability to be quick, swift, balanced, and on point. When these skills are met, the pathway to success becomes an equal playing field with the competition, regardless of the size, weight, age, or other characteristics of the competition. Quality execution simply becomes a question of experience. The little guy can succeed against the big guy, which is the perfect analogy to today’s film industry.

We are proud of our strong work ethic. We believe that being punctual is extremely important. Delivering your projects on time, ahead of schedule, and on a budget are always the goals of Parry-Riposte Films. Success is all about the details as well. We want our clients to know that they are valued and appreciated by striving to do our best and going beyond their expectations.

The Parry-Riposte Films business motto relates quite well to the art of fencing. To sum it up, we are “Fast. Efficient. On Point.”

So, what’s next? Any big plans?
As Director of Parry-Riposte Films, I am always looking for that next project or that new client to work with. I have a few feature scripts I have written, and I am planning to direct a short film in the near future. As well as the creative and artistic projects ahead, additional corporate events, galas, interviews, and promo videos are on the horizon. It is very exciting to continue to grow and look ahead to all that this New Year will bring!