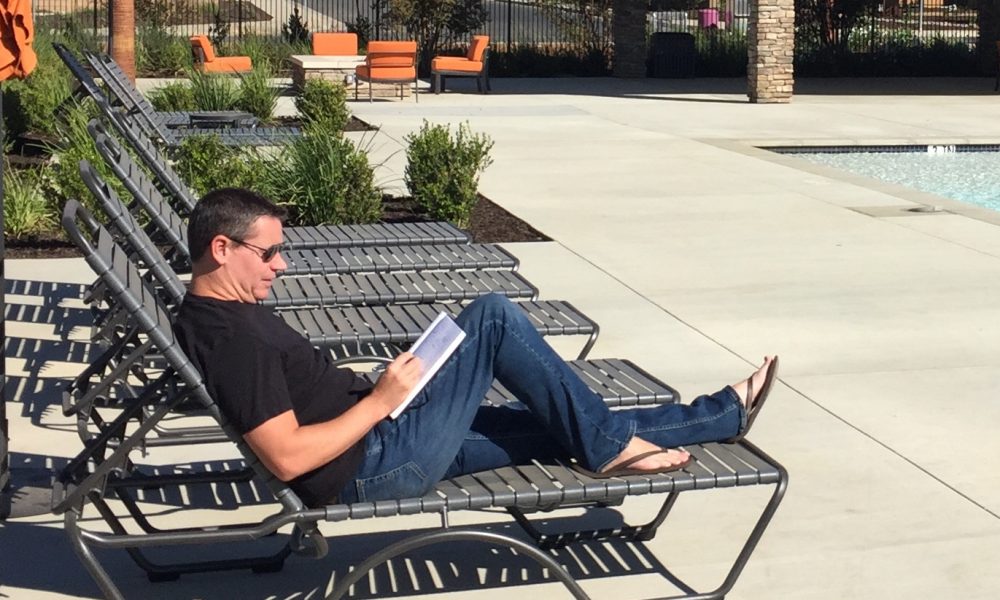 Today we’d like to introduce you to Nate Fakes.

Thanks for sharing your story with us Nate. So, let’s start at the beginning and we can move on from there.
I started drawing ever since I opened up my first box of crayons. I feel pretty lucky that I knew early on I wanted to be a cartoonist, so I made every effort to do so. My first big break was winning a contest for designing the grade school yearbook in 5th grade. My cartoon illustration won and I received a whopping five bucks. From that point on, I knew there was something in this whole cartooning thing.

I went to college at Wright State University, in Dayton, Ohio. There, I was employed as the staff cartoonist for the newspaper, where I drew an opinion and gag cartoon weekly.

My gig at the college landed me an internship in New York City with MAD Magazine. That’s where I really learned a lot about becoming professional and creating comics as a living.

I’ve worked many crappy day jobs on the road to becoming a full-time cartoonist, including being a car salesman, a barbwire fence builder, tech support operator, waiter and a merchandiser. However, each of those jobs, I believe, helped build my character to really think outside the box and become a better cartoonist.

I was eventually offered an in-house position at a major agency in L.A., where I wrote and created Red Bull cartoons (you know, “Red Bull gives you wings”) that were distributed worldwide.

After over a year at the agency, I decided to open up my own studio, Nate Fakes Studios (www.nfakes.com) in the outskirts of L.A. in a little town called Beaumont. Along with my studio, I launched Cartooning Courses (www.cartooningcourses.com), where I teach cartooning and how to profit from your work. (Knowing how to profit was my biggest frustration trying to make it in the field.)

Great, so let’s dig a little deeper into the story – has it been an easy path overall and if not, what were the challenges you’ve had to overcome?
It’s been anything but smooth. Any creative profession takes a TON of failures and rejections to “make it”. Even when you start bringing in money, you hit dry patches and a lot of times have to resort to day jobs to get by. The worst part of the journey was seeing others doing well and not being able to get there myself. I know you’re not supposed to compare yourself to others, still, it hurt when I’d glance over and see a magazine I’ve been published in while stocking ice cream at a grocery store, knowing I wasn’t good enough to cut it full-time as a cartoonist.

I’ve learned that we all have different journeys and that you really CAN make it if you just keep going. Sure, there’s going to be a lot of stuff that doesn’t work out, but – at least in my case – I’ve discovered a lot of joy in other things I didn’t think I’d be doing because other avenues didn’t work. For example, when I was a kid, I wanted to just be syndicated in newspapers, however, that’s not much of an option anymore. Newspapers are drying up and it’s just not financially feasible. So, I’ve relied on clients and other options, such as in-house work, that’s been very rewarding.

All the struggles help with teaching cartoonists as well. If I can help any creative avoid some of the frustrations I’ve experienced, it’s fulfilling. I think hitting roadblocks is important, it builds character. That being said, there are so many damn roadblocks one hits with cartooning, that eliminating a few of them for someone isn’t a horrible thing.

We’d love to hear more about your art.
With my studio, I specialize in coming up with custom cartoons for companies. Cartoons, I believe (and it’s true) are the best form of advertising for businesses. They’re memorable, stand-out and are oftentimes even saved and put on the fridge. So, I’ve created custom cartoons for 21st Century Fox (now Disney), Costco corporate, Brecks and other major brands.

Along with that, I create a lot of illustrations for clients (a lot of book cover art recently), wine labels, greeting cards and apparel — you name it. There’s a big variety of projects I tackle and I have fun with each one. There’s no other company on earth that can do what I’m doing because every cartoonist has their own unique art. I feel like most of my customers/clients walk away proud to have a Nate Fakes original.

Cartooning Courses is extremely rewarding. Everything is online for the students and I let no question when it comes to cartooning go unanswered. I’m mostly proud of the family dynamic of it all. Every student feels like family and I personally work with them to help them succeed. Cartooning is a tough business and not for everyone, so Cartooning Courses works step-by-step on that journey to help get students there.

Do you look back particularly fondly on any memories from childhood?
My grandma owned a little snack shack in the middle of Kansas called Snack Haven. I loved going there, getting milkshakes and all of the delicious goodies. She inspired me to start my own business, even at a young age. The burgers with extra cheese helped pave the way to becoming an independent cartoonist. 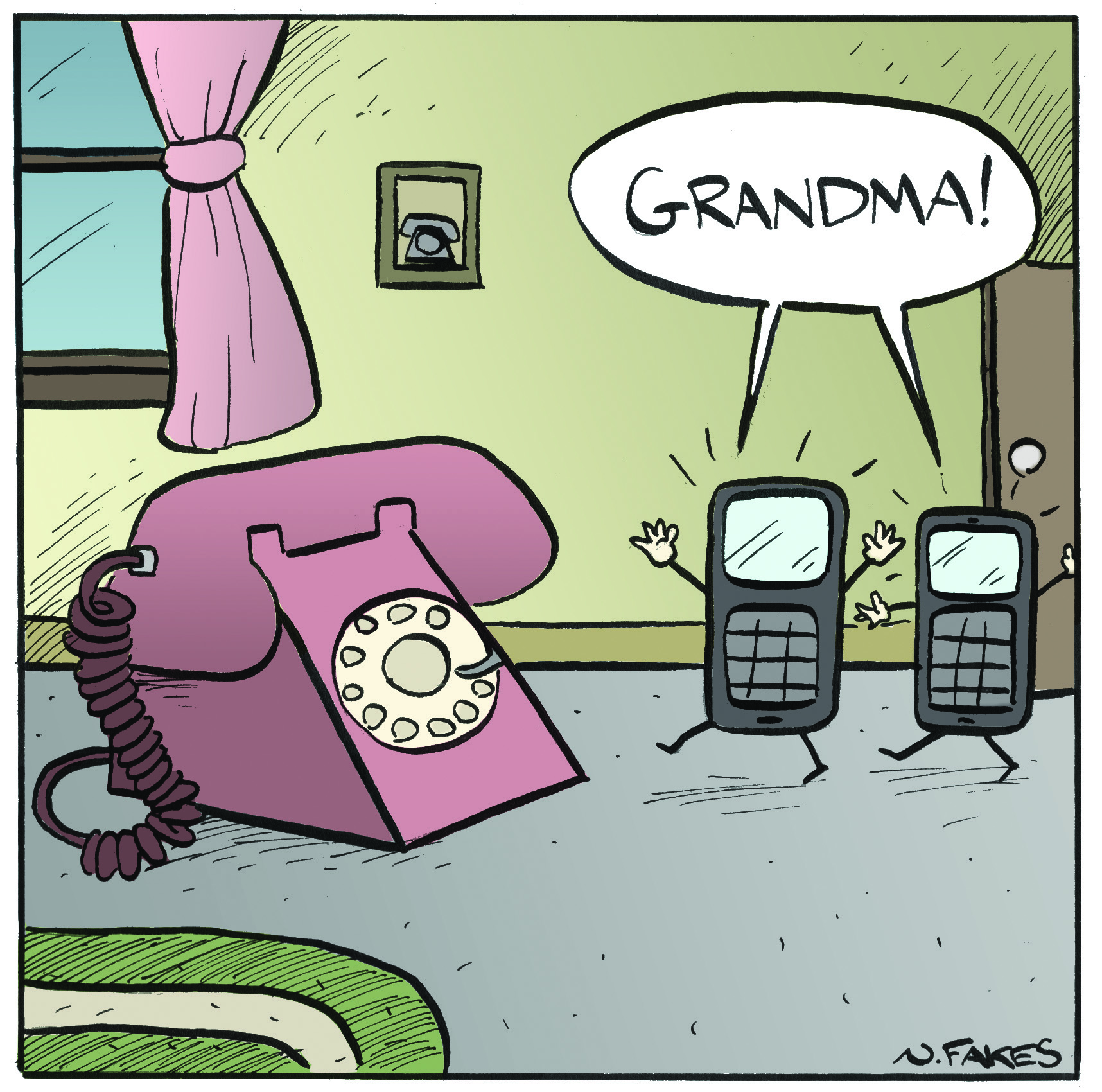 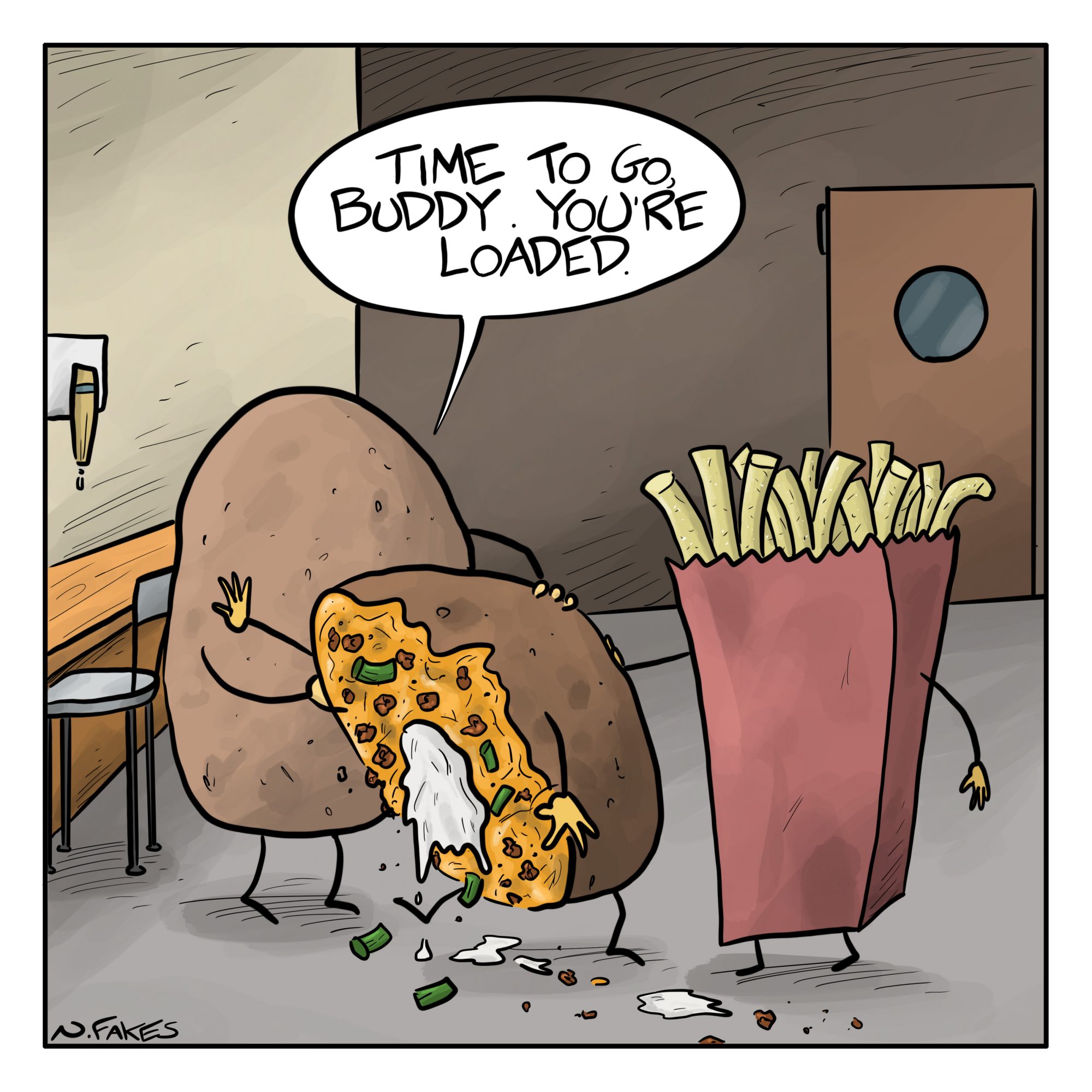 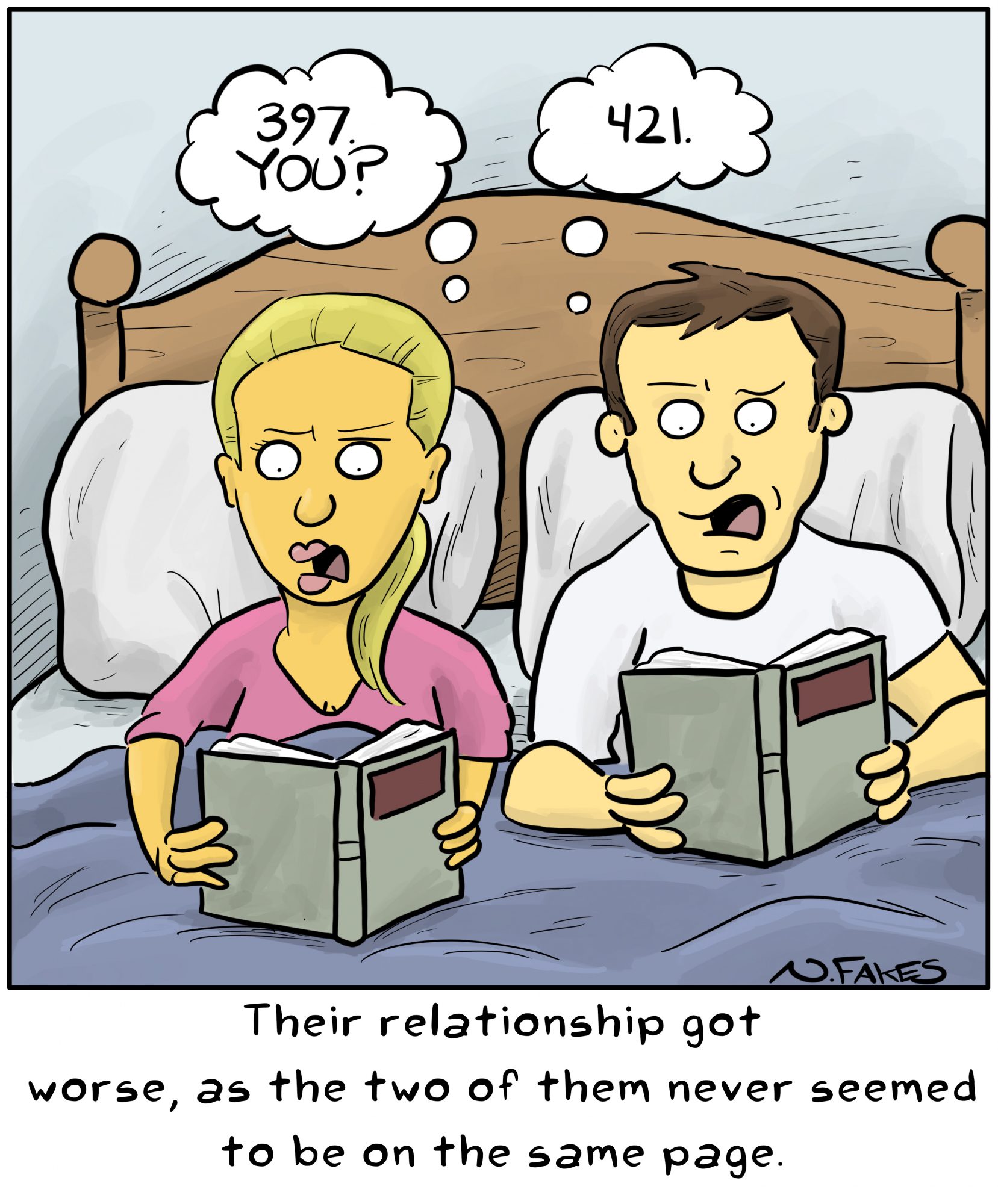 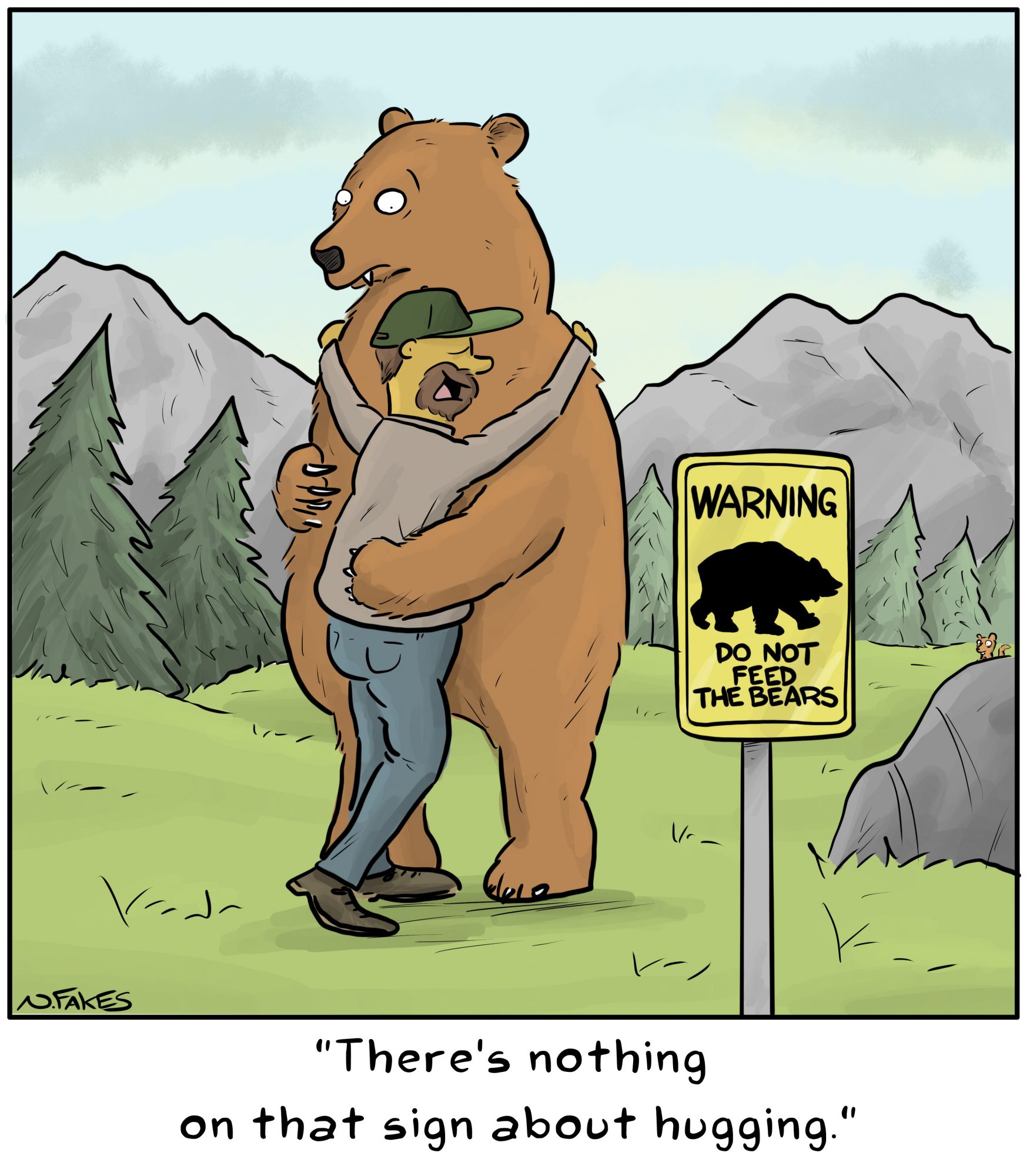 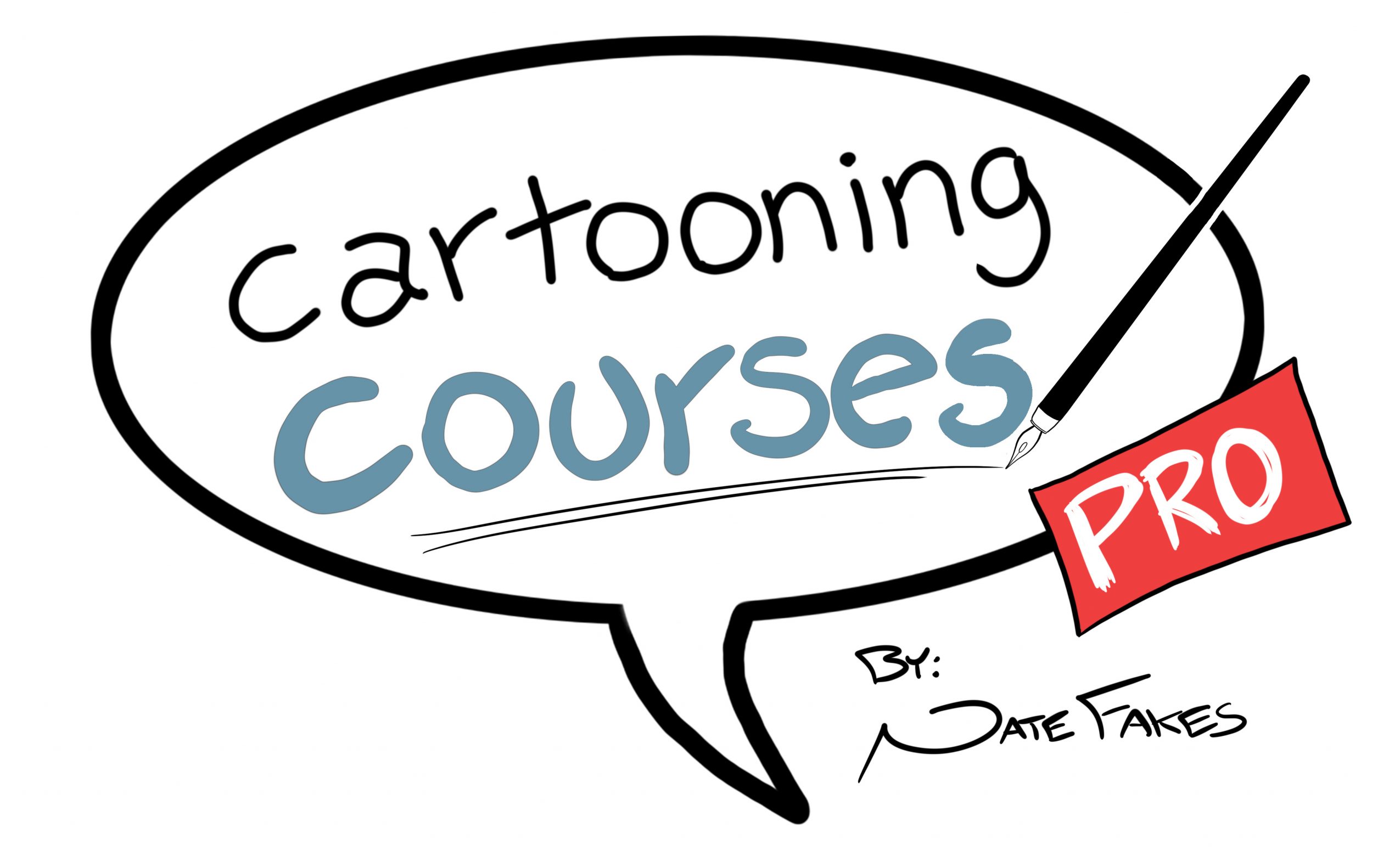 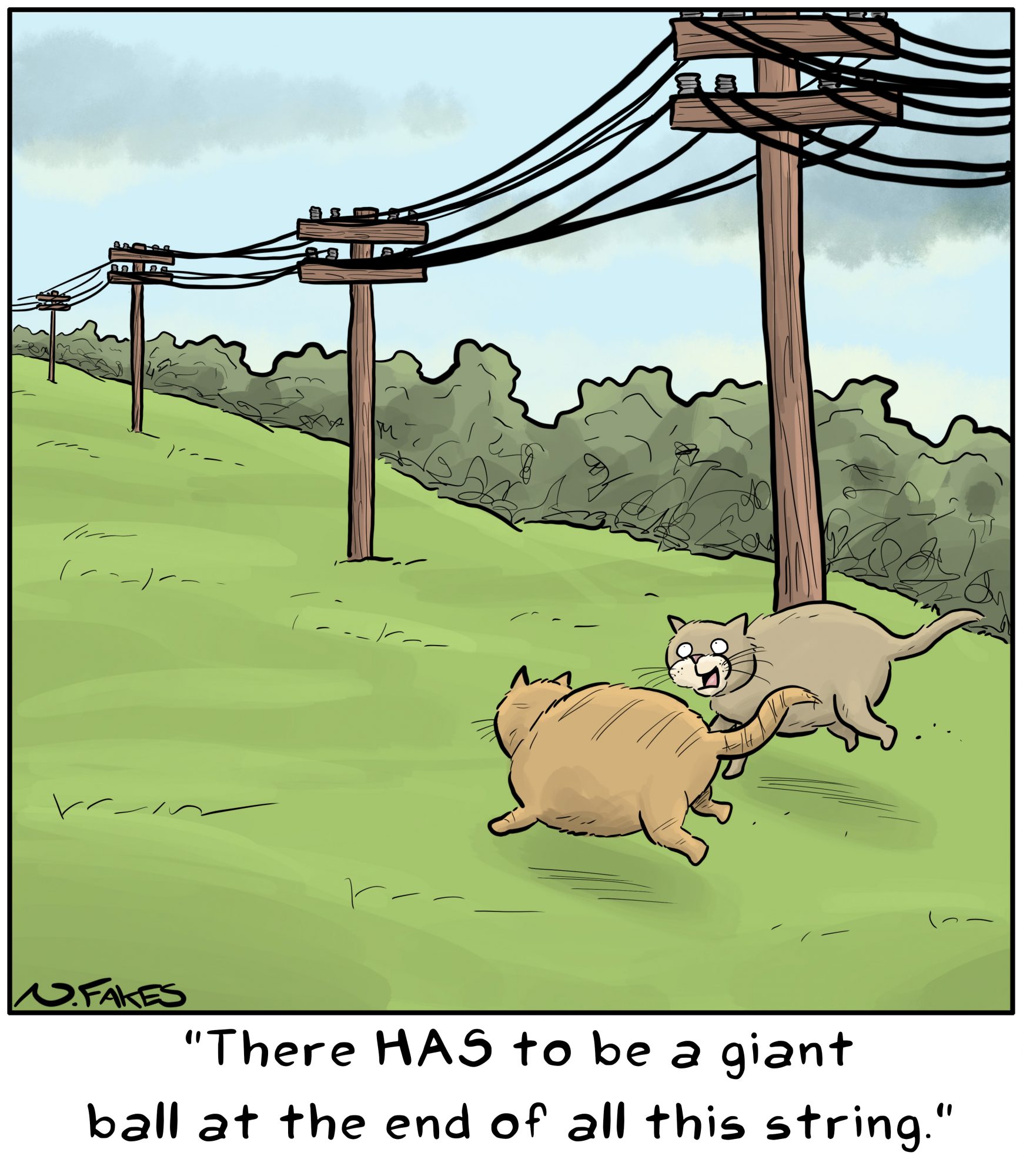 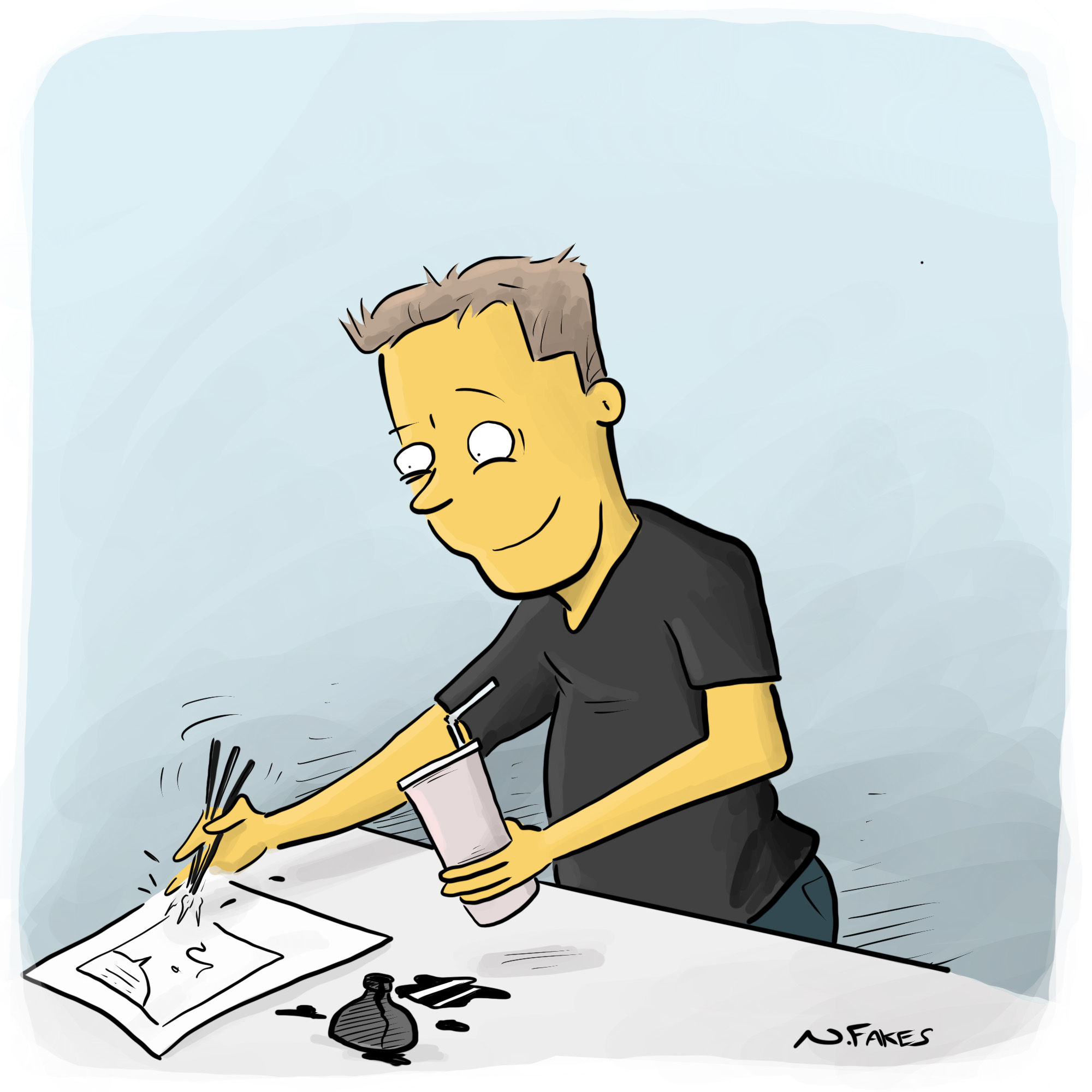 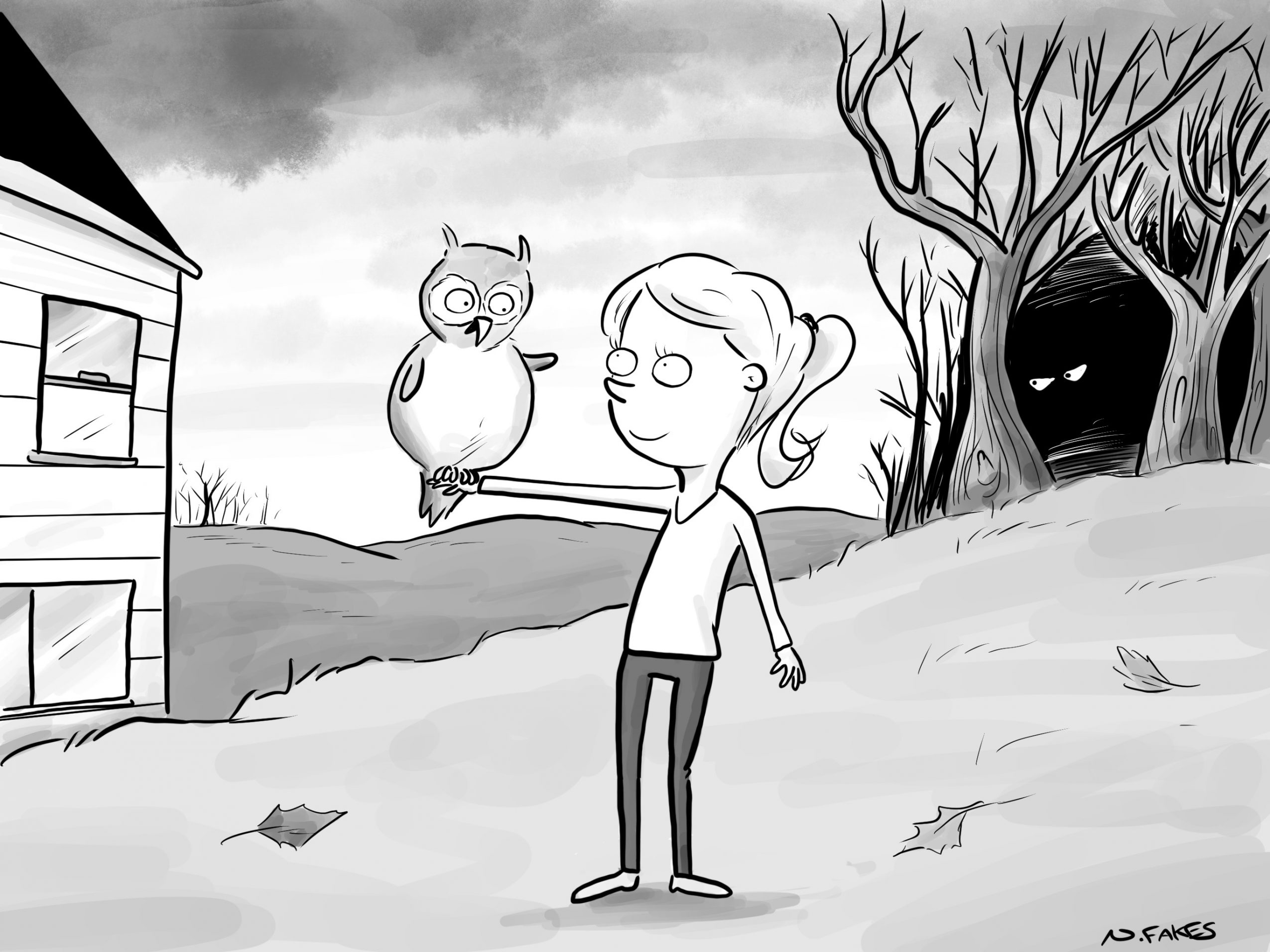 Image Credit:
All art was created by and copyrighted by me, Nate Fakes.