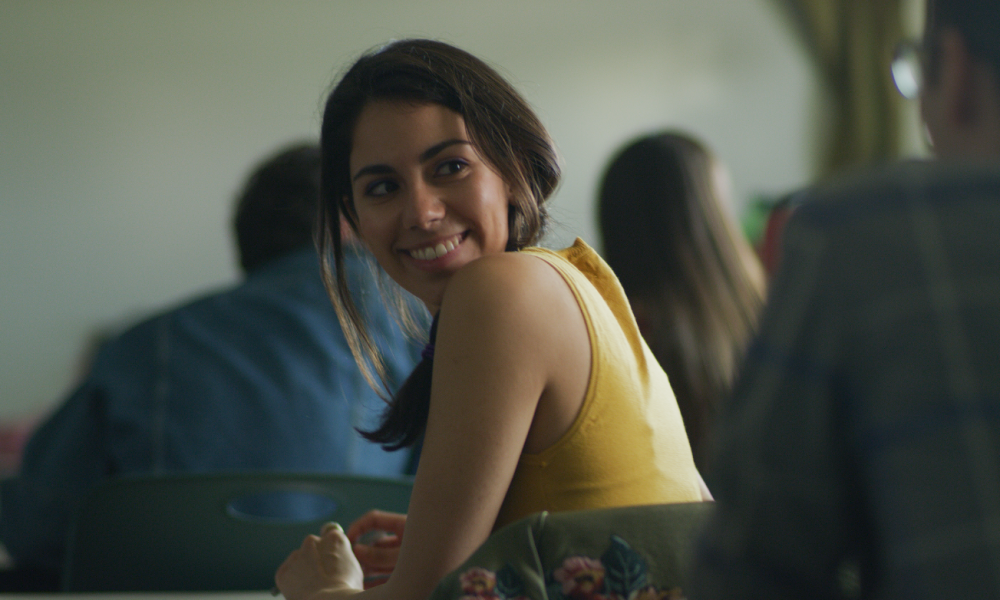 Today we’d like to introduce you to Monisha Dadlani.

Monisha, let’s start with your story. We’d love to hear how you got started and how the journey has been so far.
When I was five years old, I started taking acting classes after school, which is when I started to fall in love with the theater, acting and storytelling in general. I grew up in New York City, so pursuing the life of an artist didn’t seem so far-fetched. Eventually, in middle school, I started performing in the school musicals. I’m like 90% sure I’m tone-deaf and am truly the dorkiest dancer you’ll ever meet, so I always got cast as one of the background ensemble members with barely any lines and definitely no solo songs, but I loved the entire process.

At some point in this pre-teen phase, I started writing as another creative outlet. I wrote a ridiculous play entitled “You Ate My Hat.” It was an allegory for drug addiction (no clue why), and I made my friends act it out for my 12th birthday. Yes, it had a theme song. Fast forward to high school – I was a drama major at Fiorello H. LaGuardia, which is a performing art high school that inspired the “Fame” movies. Going to a public school that emphasized the arts solidified my decision to pursue storytelling as a career as opposed to just a hobby.

I went on to obtain a BFA in Acting from University of Southern California with a minor in Cinematic Arts. I’ve also worked as an apprentice with the One Year Lease theater company, obtained a certificate in film from the Prague Film School, and studied improvisational theater and sketch writing with the Upright Citizens Brigade. Last year, I had the opportunity to work as one of the creators in Ron Howard and Brian Grazer’s content acceleration program, Imagine Impact, which has opened so many doors for me as a storyteller.

For me, being, part of these creative communities introduced me to mentors who continually inspire and encourage me to keep going in pursuit of what I love to do.

Great, so let’s dig a little deeper into the story – has it been an easy path overall and if not, what were the challenges you’ve had to overcome?
There have been a plethora of struggles, and I’m sure there will continue to be more struggles, but that’s just part of the process. For me, rejection has been the most difficult part of being an actress and a writer, but it’s also a necessary part to keep growing as a creator.

I’m learning that one of the most important parts of this career is fighting for what you’re passionate about and creating opportunities for yourself as opposed to waiting for someone to hand them to you.

We’d love to hear more about your work.
I’m an actress, writer, filmmaker, and theater producer based in Los Angeles. I focus on creating mostly female-driven ensemble projects that usually have an element of comedy with a healthy dose of absurdism. Honestly, I’m proud of every project I’ve had the opportunity to work on because they’ve all been learning experiences and have allowed me to collaborate with other truly talented, hard-working creators.

In college, I produced my first feature film (“Miscalculated”) with Irene Lazaridis, directed by Hannah Powell. We were three nineteen years old who were making a full-length film with a skeleton cast and crew of college students with a budget of $4,500 and no experience. The completed film should only be watched when paired with a heavy drinking game (take a shot when the boom’s in shot when there’s clear ADR when there’s a continuity issue, etc.), but it taught us that sometimes you need to just jump in the deep-end to learn how to swim.

Irene Lazaridis (a fellow classmate from LaGuardia H.S.) and I have since produced the pilot of a digital series “Night of the Pawn” together, which follows an ensemble of debt-ridden college seniors who start an underground chess gambling scene. We shot it guerrilla-style on iPhone in NYC, an experiment with what we had the ability to create with a phone, some creativity, and a talented cast of actors.

In 2018, I stepped into the role of theater-producer with a fellow classmate from USC, Marinela Zubovic. Together, we produced and performed in Sarah Treem’s “When We Were Young and Unafraid” at New Collective Theater in Hollywood directed by Victoria Pearlman. While we both loved our time at USC, most of the plays we worked on didn’t feature enough well developed female characters, which was frustrating to say the least. When we found Sarah Treem’s play about a bed and breakfast in the 1970’s that housed victims of domestic abuse, we knew we had to share this story.

For the past few years, I’ve been working on a digital series entitled “Three’s a Crowd” about two roommates who accidentally kill their third roommate for not doing the dishes. It’s a ten-episode absurdist comedy that delves into the complication of female friendships and the conflict that comes with cohabitation. The pilot episode is available online, and episodes two through ten are currently in post-production.

My most recent project that I am over-the-moon passionate about is entitled “Condoms & Cherries.” It started as a short film I directed about a high school senior who sets out to lose her virginity on prom night. After making its festival circuit, I realized I wasn’t done with this world or the characters. I developed the half-hour comedy pilot and series bible of this story through Imagine Impact. I’m excited to say that currently “Condoms & Cherries” is now in development with Sony Pictures Television.

The reason why I am so proud of all of these projects is because of the numerous other creators who brought them to life with me. I think in any business, collaboration is vital because it creates different perspectives. Having a creative network of collaborators is something I am so incredibly grateful for. 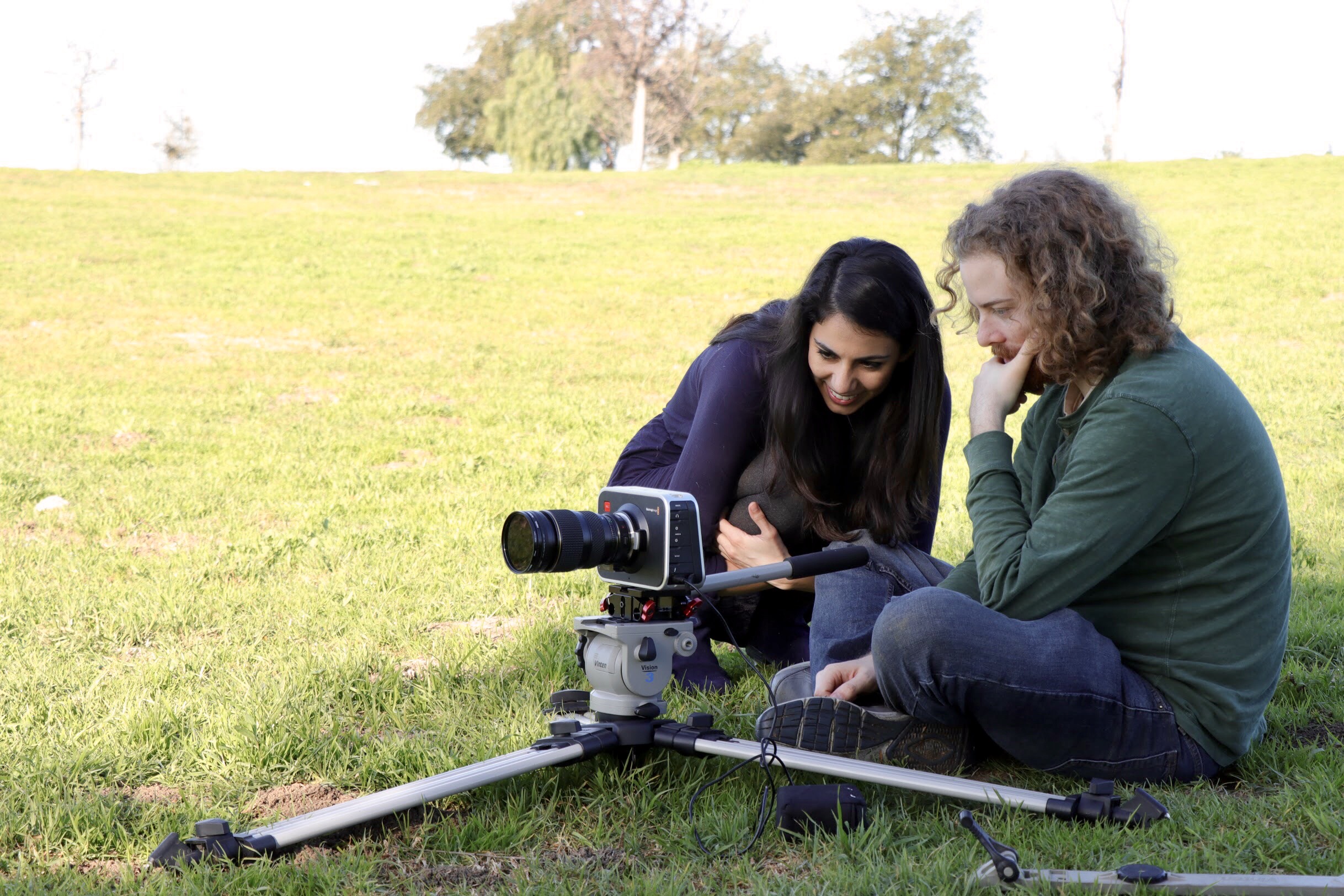 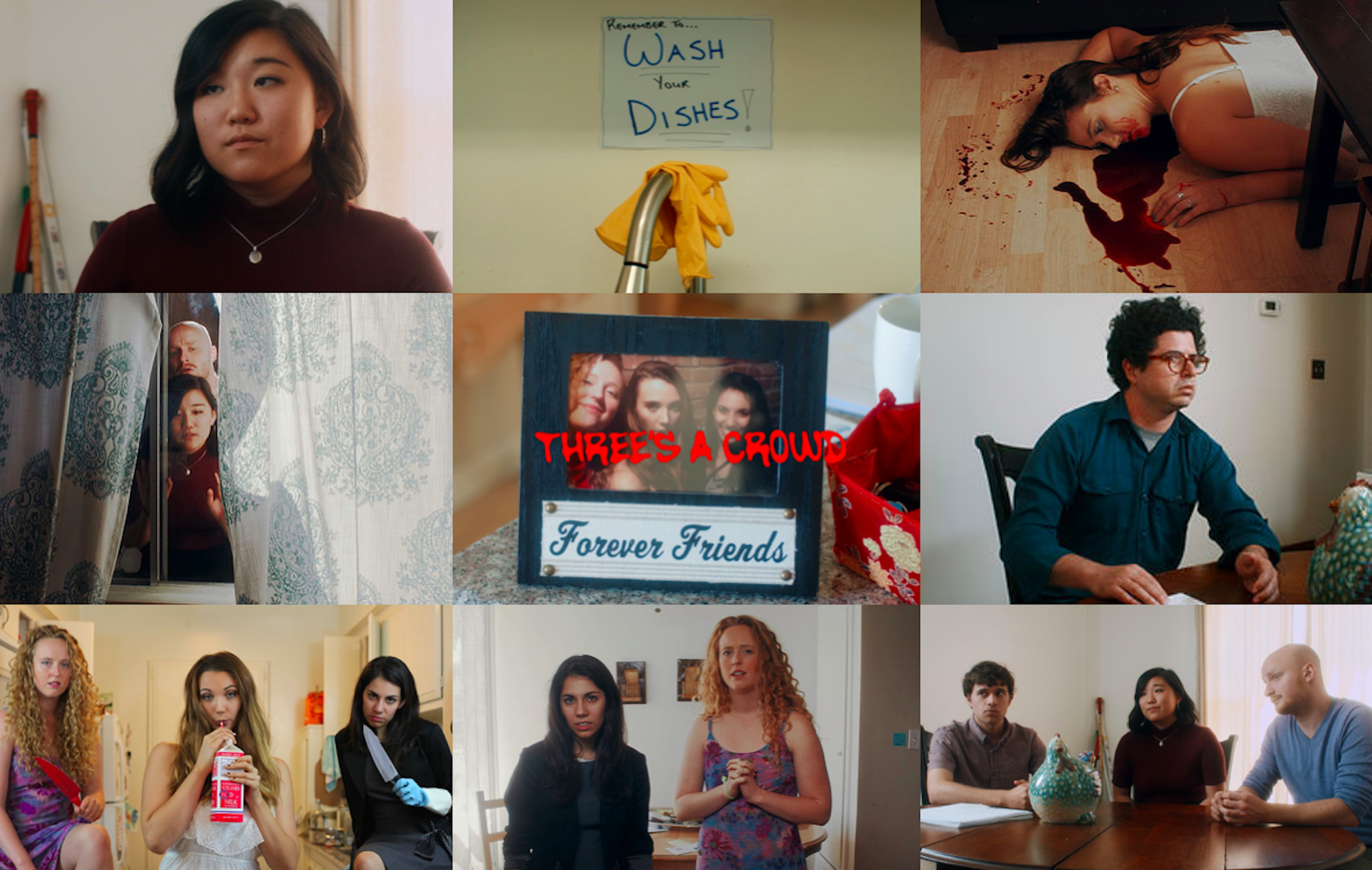 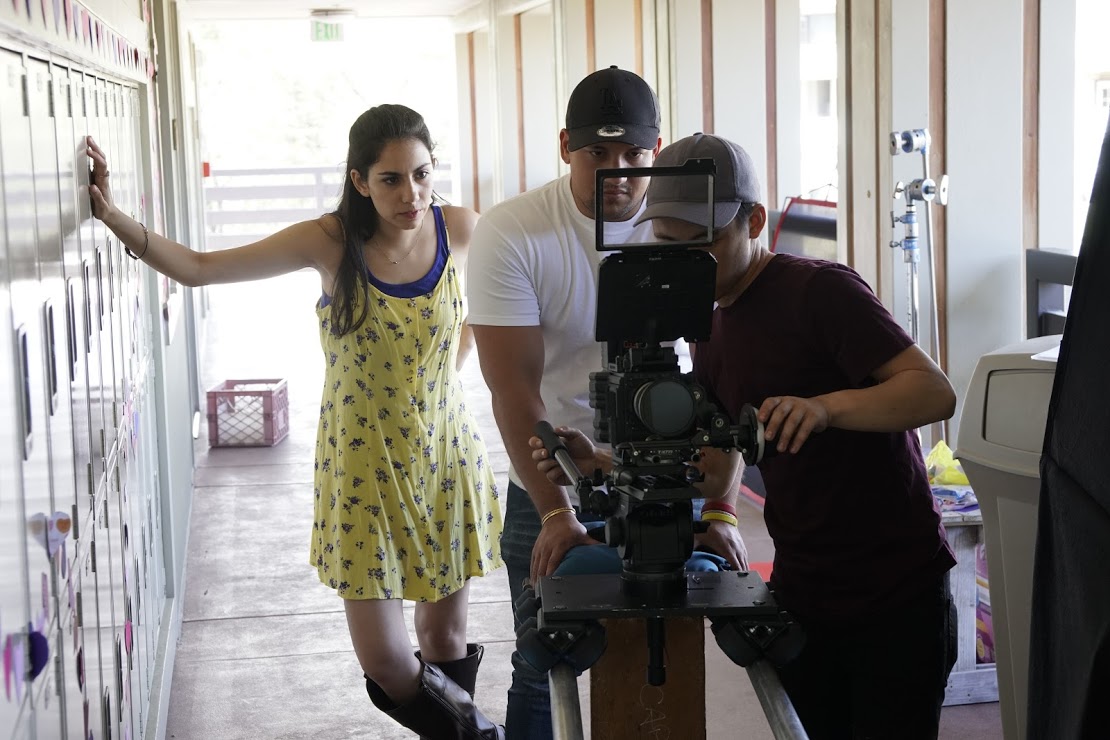 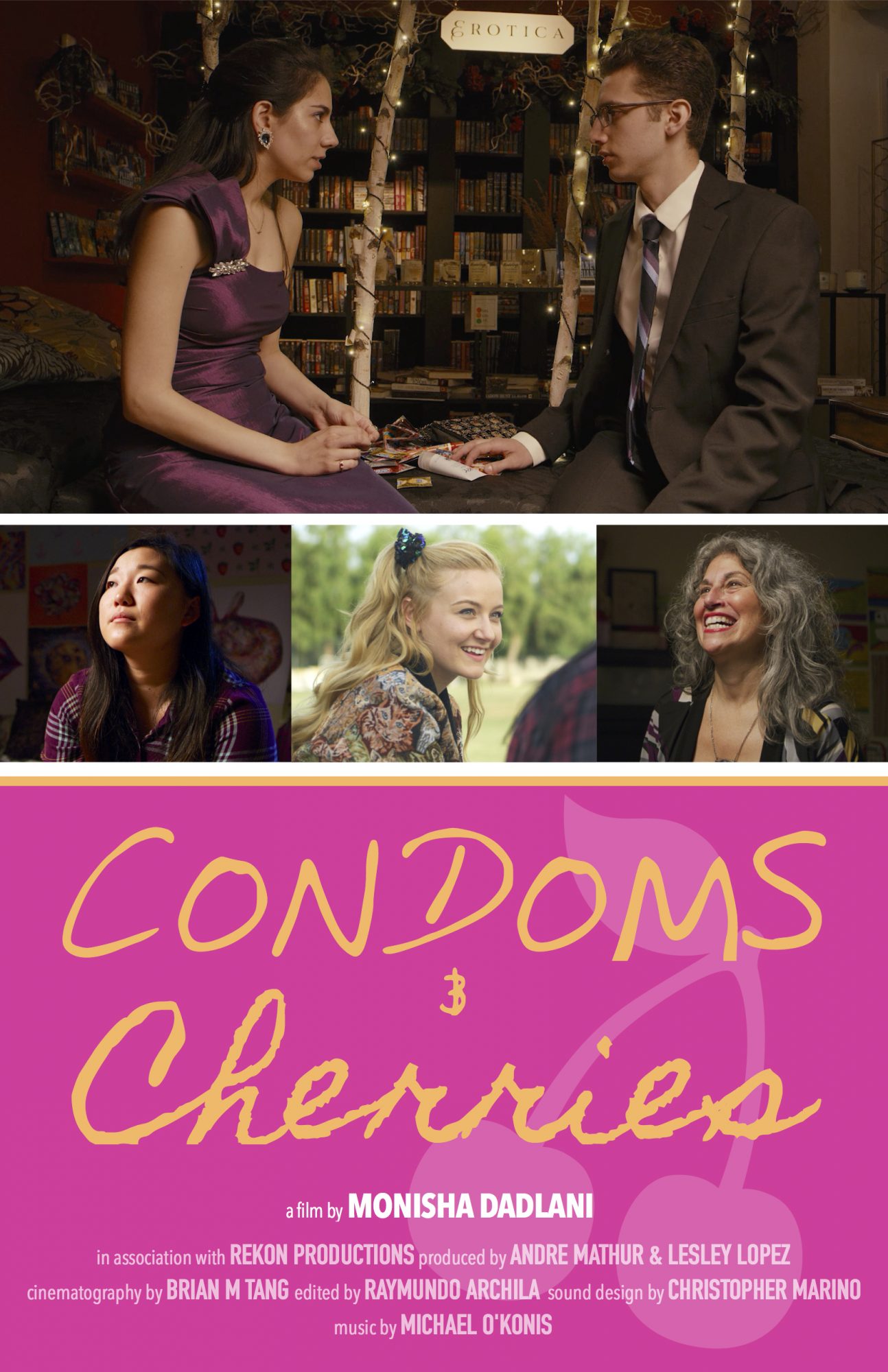 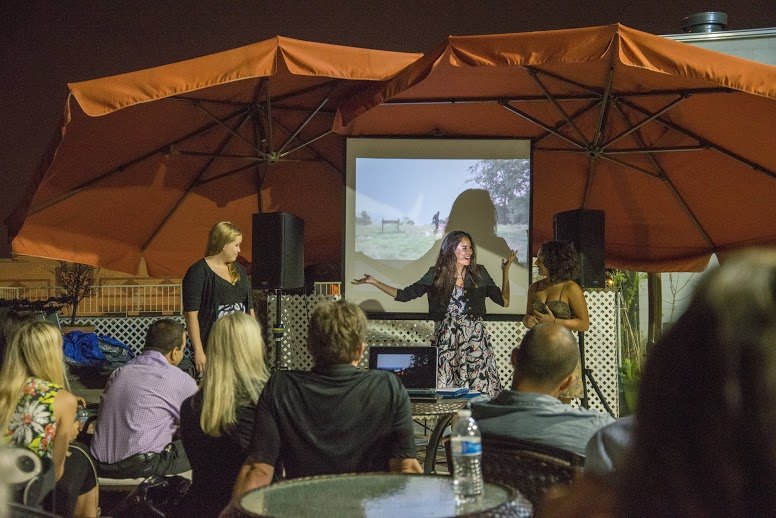