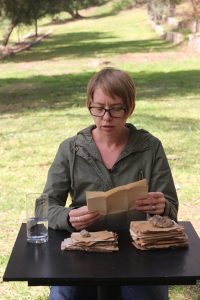 Today we’d like to introduce you to Michele Jaquis.

Thanks for sharing your story with us Michele. So, let’s start at the beginning and we can move on from there.
I can’t remember not making art of some kind. I got serious in high school where I did drawing and painting mostly because that was what I had access to. In my senior year, I went to the National Portfolio Day in Miami. Hartford Art School had one of the shortest lines to meet with their admissions staff.

It was the last school I applied to and the first that accepted me. They also gave me the best financial aid (without it I wouldn’t have been able to go). My mom and grandparents were pretty supportive saying “we can’t afford to send you to college so if you can figure out how to pay for it you can study whatever you want.”

I often tell my students that if HAS hadn’t required me to take sculpture in the foundation year I probably wouldn’t have, but I quickly realized that I think in three and four dimensions. I ended up double majoring in Sculpture and Experimental Studio and minoring in psychology. I took a year off between undergrad and grad school working in admissions at HAS. I also worked as a therapist of Applied Behavior Analysis for children with Autism Spectrum Disorders and as an art teacher at a juvenile detention center. It was there that I solidified my plans to become an educator in addition to an artist. I went to RISD for my MFA in sculpture and took video classes at Brown University, where I also earned a College Teaching Certificate. A month after graduation I moved to LA, despite all my professors telling me “Why are you going to Los Angeles? No one goes to Los Angeles” (this was 2000). “You should go to New York.” They told me I was going to ruin my career.

In the months before I got to LA, I sent unsolicited application packets to what seemed like every Southern California art school, university art department and non-profit arts organization. I was determined to have my shit together and not just follow my boyfriend (now my husband) across the country, who was in grad school at Sci Arc. Luckily by August, I had landed part-time teaching gigs at Otis College of Art and Design and Cal State Long Beach. In the eight years I taught part-time I was also at UC Riverside and worked as a behavior therapist and videographer and editor for the Center for Autism and Related Disorders – all while making and exhibiting my art. In 2008 I was hired full time at Otis and have been there ever since. As Associate Professor in Creative Action and Director of Interdisciplinary Studies and the Artists Community Teaching Program I engage students in collaborating with each other and various community partners while overseeing all undergraduate minors.

Overall, has it been relatively smooth? If not, what were some of the struggles along the way?
LA is a tough place to be an artist if you didn’t go to graduate school here. It took me a while to make connections in the art world. Also coming from a low-income, single parent family meant that I had student loan debt for a long time. It also means I need a full-time job and can’t spend all my time making my own art. I know this puts me at a disadvantage; I don’t always have time to promote my work, I’ve never had gallery representation and can’t afford to hire assistants, but my work has been shown in alternative spaces, commercial and non-profit galleries, and film and video festivals in the US and several other countries. Ultimately I am satisfied with the balance of my art and teaching practices.

Tell us about your art practice. What do you do, what do you specialize in, what are you known for, etc. What are you most proud of as an artist? What sets you apart from others?
I make art that examines the complexities within personal and social relationships, identity, language, and communication. With a background in sculpture, installation, video art, and performance art, I work across a range of disciplines and media. Others often introduce me as a video artist, but lately I am also working on a series of drawings and a podcast.

The podcast, “We Are All Americans” (https://itunes.apple.com/us/podcast/we-are-all-americans/id1440542922) is inspired by the fact that my Russian great-grandfather gained his US citizenship after serving in the US Army and my Lithuanian (or Austrian, or Russian, or Latvian – depending on who is telling the story) great-grandmother entered the US on fake passport. Since May 2018 I have been recording conversations about how family stories are passed down from generation to generation and what it means to be American in the contexts of multiculturalism, immigration, military service, black lives matter, white privilege, and indigeneity. The project is part of my efforts to counter xenophobia and foster empathy through humanizing those who have experienced discrimination, migration, immigration, and displacement, while also recognizing the complexity of the term “American,” with regard to all nations in North, Central, and South America.

The drawings I have been making are about finding solidarity and voicing a response to xenophobic statements and policies coming from the Republicans and Trump. I have been drawing the phrases “We Are Here,” “We Are Here Together,” and “Never Again” in various languages combined together (Spanish and Yiddish, Arabic and Hebrew, and Hebrew, English, Japanese and Spanish, for instance – http://www.michelejaquis.com/#/we-are-here/). I see parallels between now and earlier waives of immigration. I know that my mere existence as a third generation American, with Ashkenazi Jewish ancestry, is predicated on the fact that much of my family escaped Eastern Europe before the Nazi’s rose to power. I fear for my LGBTQ friends and family that the rights they have fought for may be taken away. I am horrified that the Trump administration is putting refugees and asylum seekers in concentration camps. Everyone who comes here on their own accord is essentially seeking a better life and we shouldn’t be afraid of the demographic shifts in our country. Instead, we should embrace difference and support each other. The designs for these drawings have also been made into T-shirts available through https://michelejaquis.threadless.com/. The proceeds from selling this work is being donated to RAICES.

Another recent body of work was made in collaboration with and inspired by my friend Paul Pattison, who suffered from epilepsy and died in 2015. One of the videos, “Paul’s Brain,” was nominated for Best Short Documentary and Best Editing in the ReelHeART International Film and ScreenPlay Festival (http://reelheart.org/en/reelheart-2019/wednesday-july-03-2019-400pm/) in Toronto, where it screened on July 3rd. The whole body of work, including videos, sculptures, drawings and one of Paul’s prints, will be exhibited on July 25th in PØST’s (https://postlosangeles.blogspot.com/) series of Kamikaze exhibitions at MiM Gallery in Los Angeles. 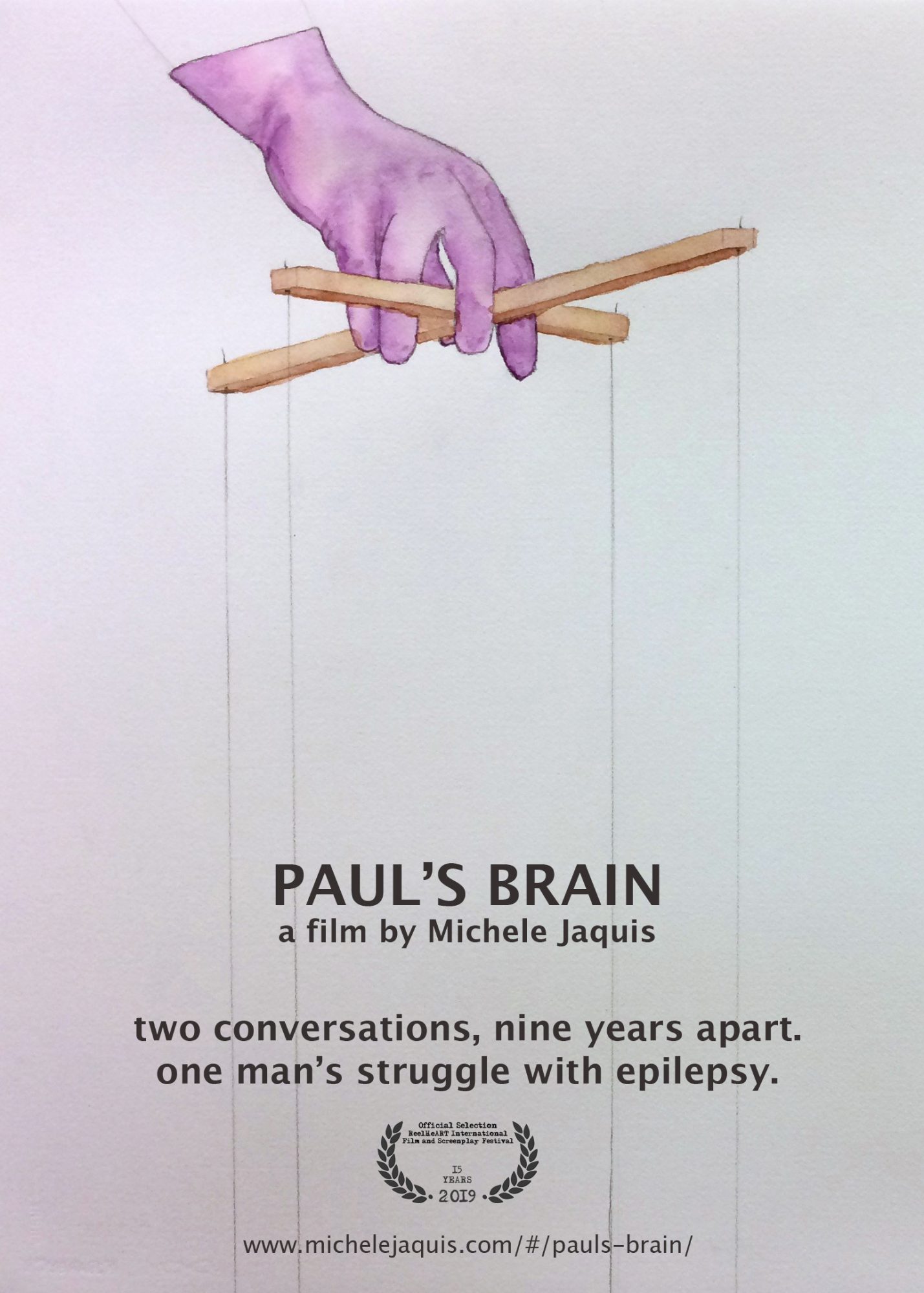 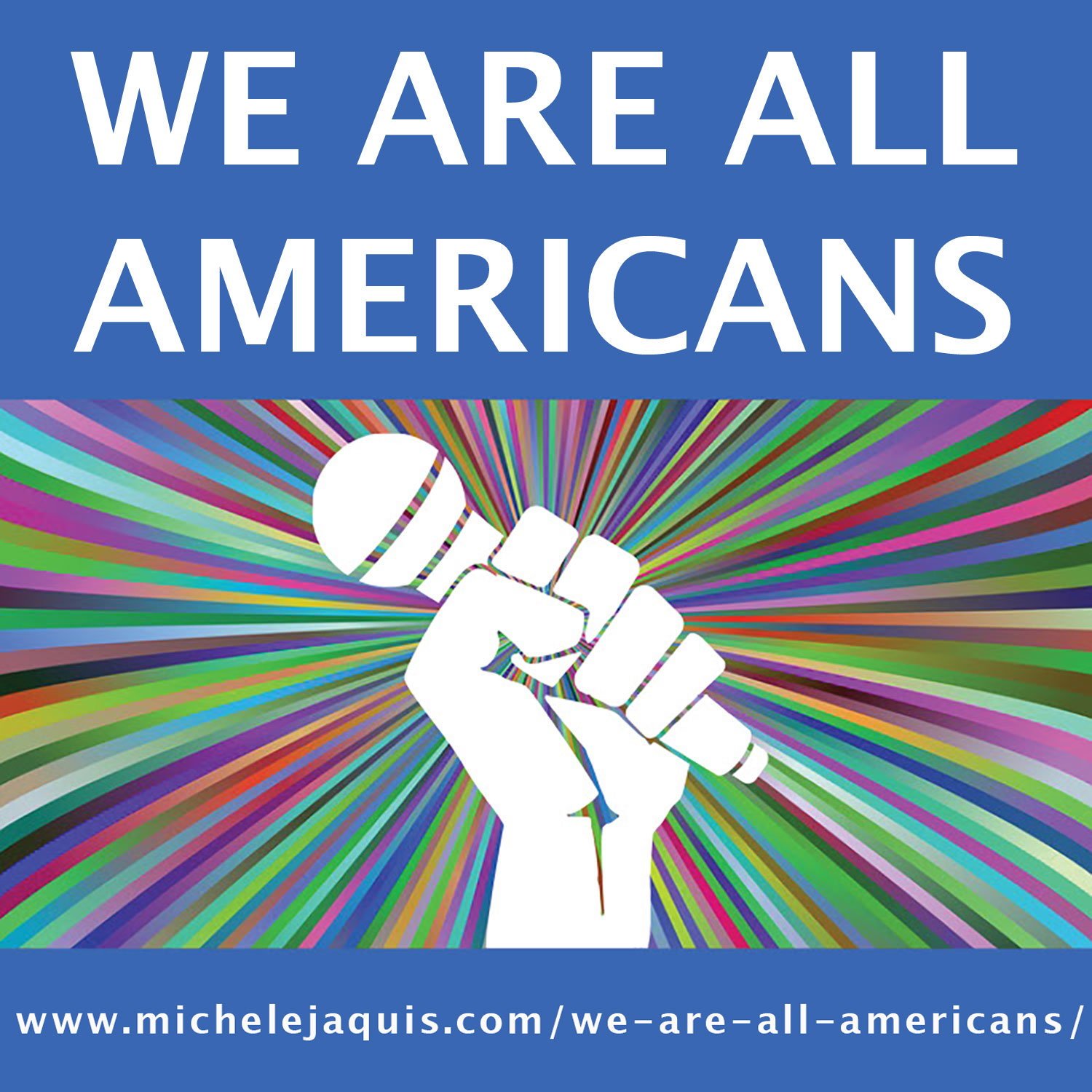 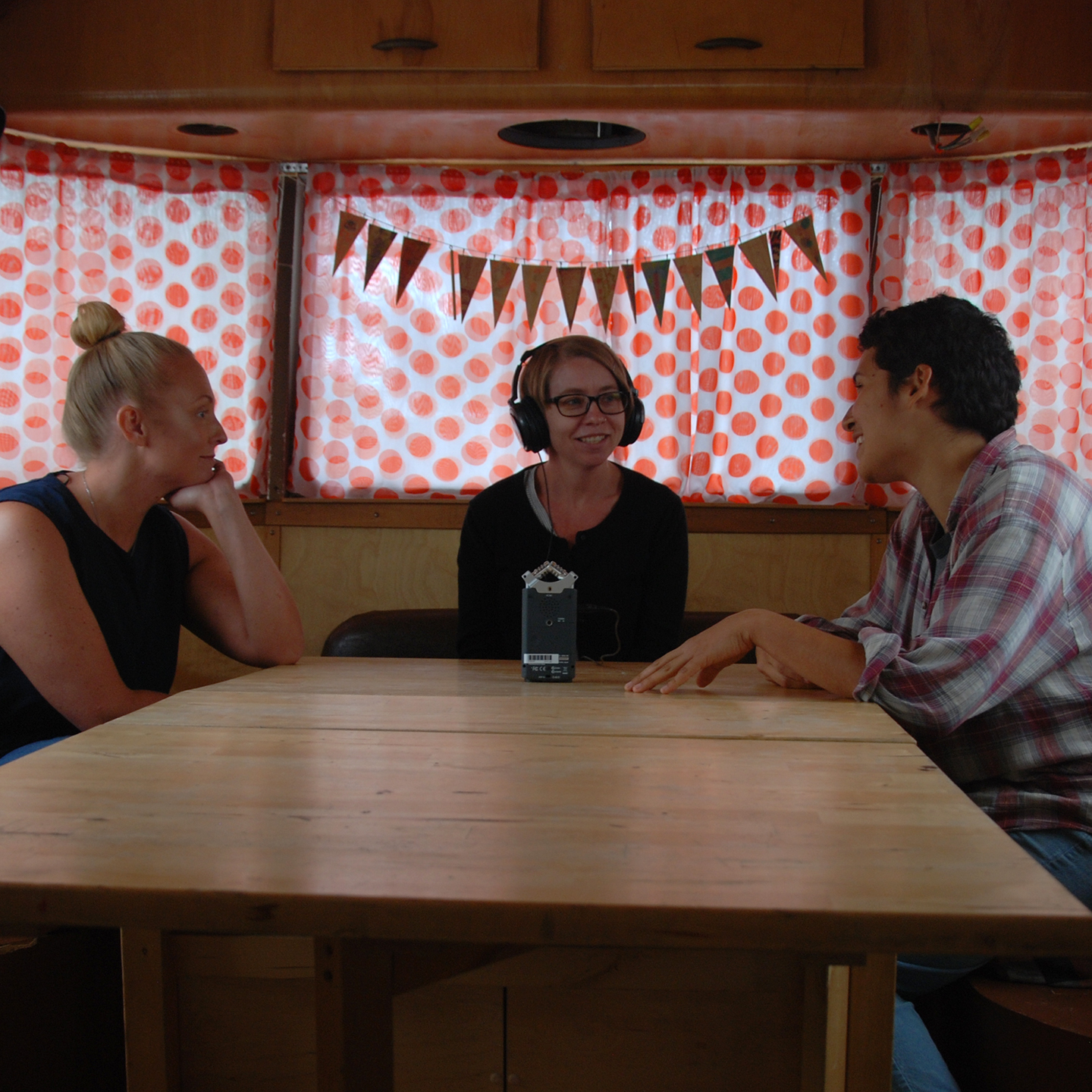 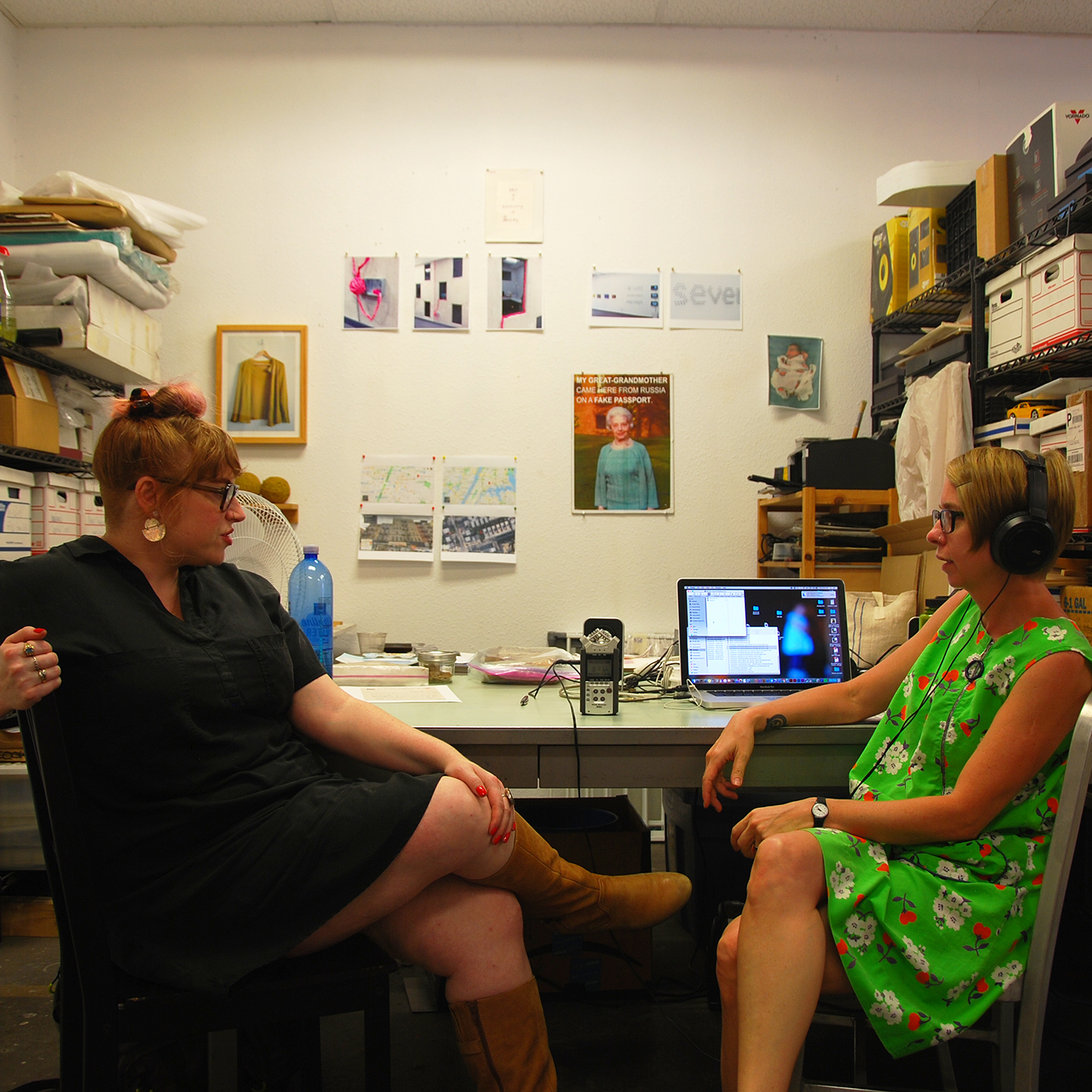 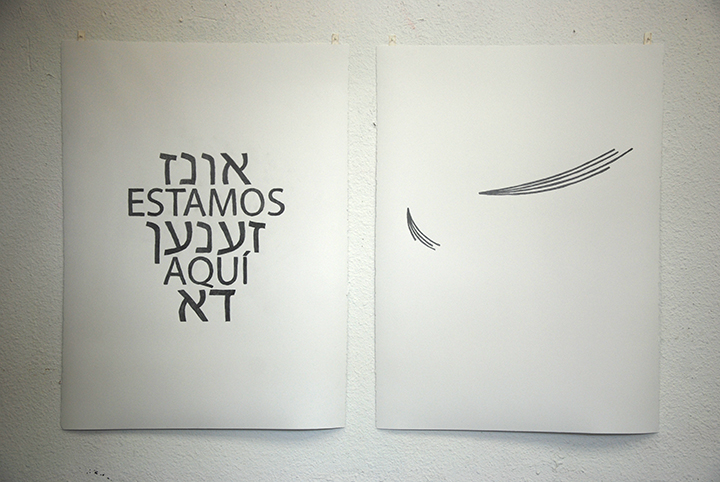 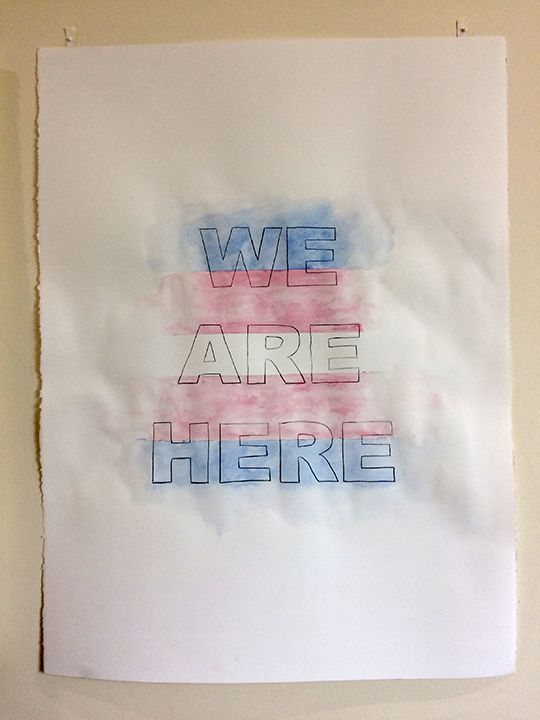 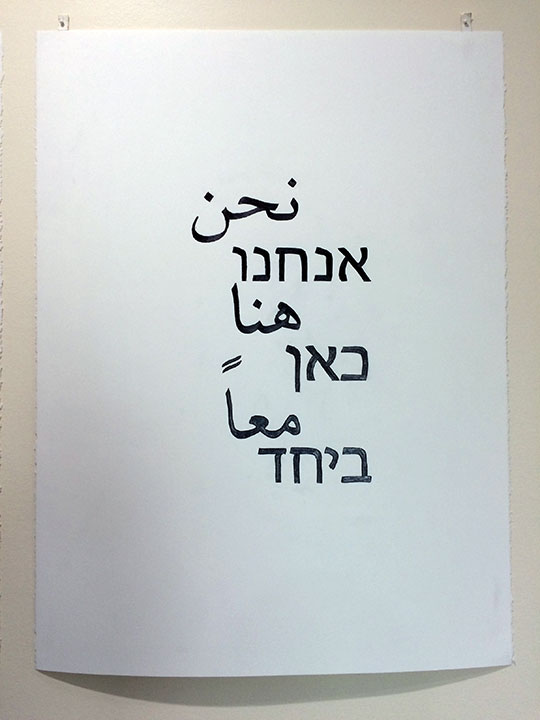 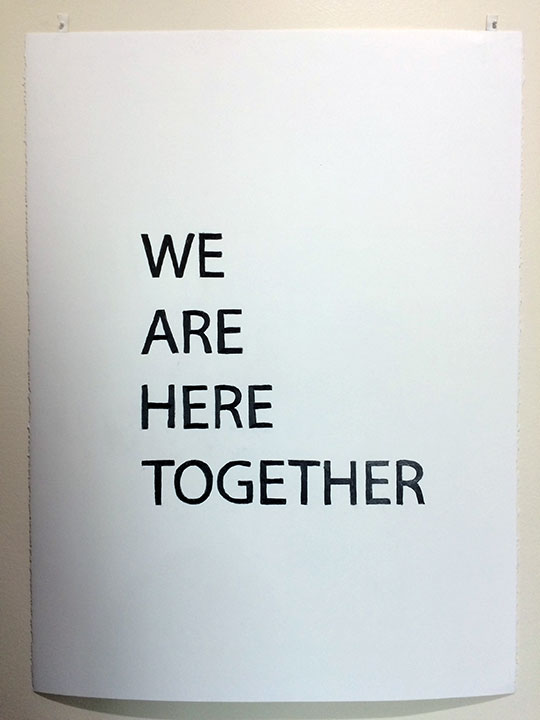 Image Credit:
Photo of Michele Jaquis by Sarah Rushford, Logo for We Are All Americans by Millie JC Designs, All other images by Michele Jaquis