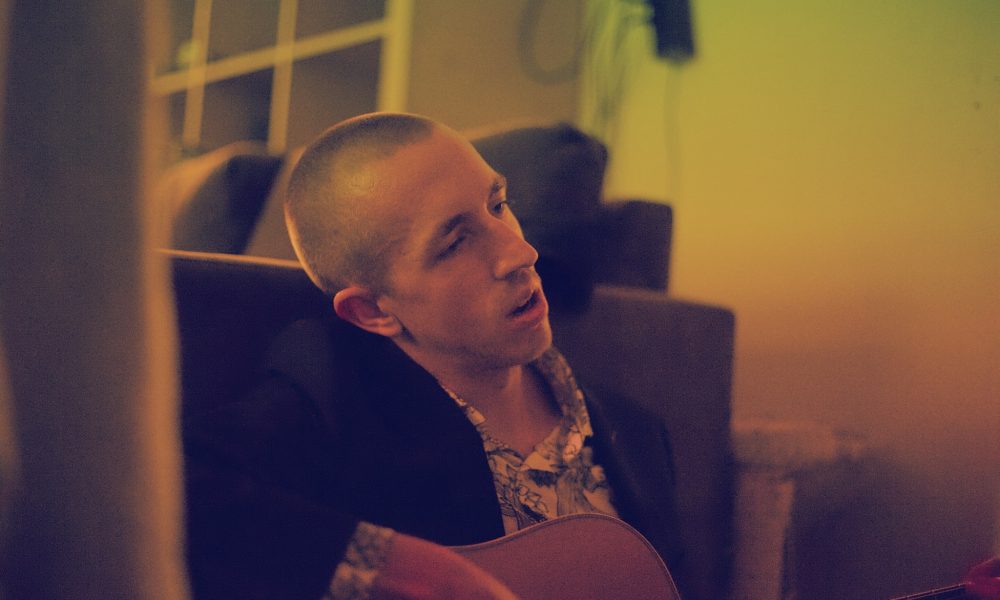 Today we’d like to introduce you to Michel Von Loh.

Thanks for sharing your story with us Michel. So, let’s start at the beginning and we can move on from there.
I was born and raised in the small East German town of Dessau, just a little over an hour drive south of Berlin. Growing up in a largely non-artistic family, but under the ubiquitous influence of local and European art, music, philosophy and literature, namely the Bauhaus School of Architecture and Design, I early on developed a keen interest in everything sounding and performative. I first enrolled in Dessau’s municipal music school at the age of four and ended up spending my entire childhood there, studying classical guitar and later mandolin, as well as music theory, analysis and composition. Fueled by my first public concerts and successes in national guitar competitions, I decided to move to the city of Weimar to study guitar with Christiane Spannhof at the University of Music “Franz Liszt”.

There I had a chance to really expand my notion of Western and non-Western musical traditions, in part thanks to my encounter and subsequent friendship with composer, pianist and cultural activist Alan Bern. His teachings on improvisation on the one hand, and his authentic revival and constant development of secular Jewish music on the other, sowed the seeds for my own improvised music ensemble and inspired some early instrumental songwriting. After working for Alan’s socio-cultural organization, the “Other Music Academy”, between 2016 and 2017, I had reached a point where a career as a performing classical guitarist did no longer seem like a valid option. And so, I moved to Los Angeles that same year and began my studies as a music performance major at the California Institute of the Arts in Santa Clarita.

With guitarist and composer Miroslav Tadic being one of my main teachers since, I soon rediscovered my love for Jewish songs, giving rise to a Theodore Bikel Yiddish song cycle I’ve been working on with the generous support of Aimee Ginsburg Bikel since 2018, but also returned to improvised music and my common roots with the Bauhaus in my latest interdisciplinary work, the “Kandinsky Sonic-Visual Project” (2019). In addition, I continue to perform music by contemporary composers, most recently with Yuval Sharon’s The Industry LA in the opera production “Sweet Land” (2020), and organize and participate in sound baths and other immersive performances with the DTLA based art collective DWP Movement. Another passion of mine that started with the arrival of the first refugees from the Syrian civil war in Germany in 2016 and took a new direction under the guidance of composer and peace activist Yuval Ron here in LA is playing and adapting for the eastern long-necked lute saz.

Has it been a smooth road?
As for the majority of young artists today, most of the struggles I ran into over the years were of a financial kind. I was fully aware, for instance, that there wasn’t going to be any sort of federal funding available to me when I was accepted at CalArts. Unlike international graduate students, international undergrads from EU member states aren’t eligible for federal loans or grants from their home country nor the US. In addition, all relevant US scholarships have to be merit-based, rather than through submission of an application. Considering that and the limited financial resources that could be provided by relatives at the time, I nevertheless decided to face the challenge and just focus on the path ahead. In the end, I was fortunate enough to be offered financial aid from a long-term supporter in Germany, politician and former president of the Konrad Adenauer Foundation Bernhard Vogel, as well as through the Lillian Disney Scholarship at CalArts.

Can you give our readers some background on your music?
Apart from some arranging and instrumental songwriting which I mostly do for solo guitar or other guitar-related ensembles, I frequently collaborate with other instrumentalists, singers and composers. A large part of this collaborative work revolves around improvised music and different approaches of experimental music-making in ensembles of varying sizes, primarily together with members of the DWP Movement art collective I mentioned earlier. Another aspect that has become increasingly important to me, especially since I moved to LA, is the performance of contemporary and non-traditionally notated compositions, such as works by Helmut Lachenmann, James Tenney, Eve Beglarian, Courtney Bryan, Du Yun or Raven Chacon.

Let’s touch on your thoughts about our city – what do you like the most and least?
I remember when I first developed a rather vague but insistent fascination with the place Los Angeles as a kid: some of music’s most influential and pervasive minds have settled, worked and shaped the evolution of entire musical styles and genres from here. From the familiar early visionaries, like Walt Disney, Arnold Schoenberg, Igor Stravinsky or even Oskar Fischinger, to the various innovators of today, LA has without a doubt been representing the pulse of the Western music industry for most of the post-war era. Though that alone doesn’t constitute for all of LA’s magic, of course. One of the leading reasons I chose this city, having been exposed to all kinds of creative environments throughout Europe and Israel, is its unique cultural diversity, along with the openness and societal impartiality needed for relevant, boundary-pushing artistic processes.

For me, embracing this LA spirit of cultural plurality and unbiased creation has been crucial in taking a step back from the competitive and socially detached attitude of Western classical music. But as with all diverse cultural melting pots worldwide, otherness requires equal treatment of all of a population’s creative contributors, while at the same time ensuring fair and reliable access to a wide range of the resulting contents to consumers. 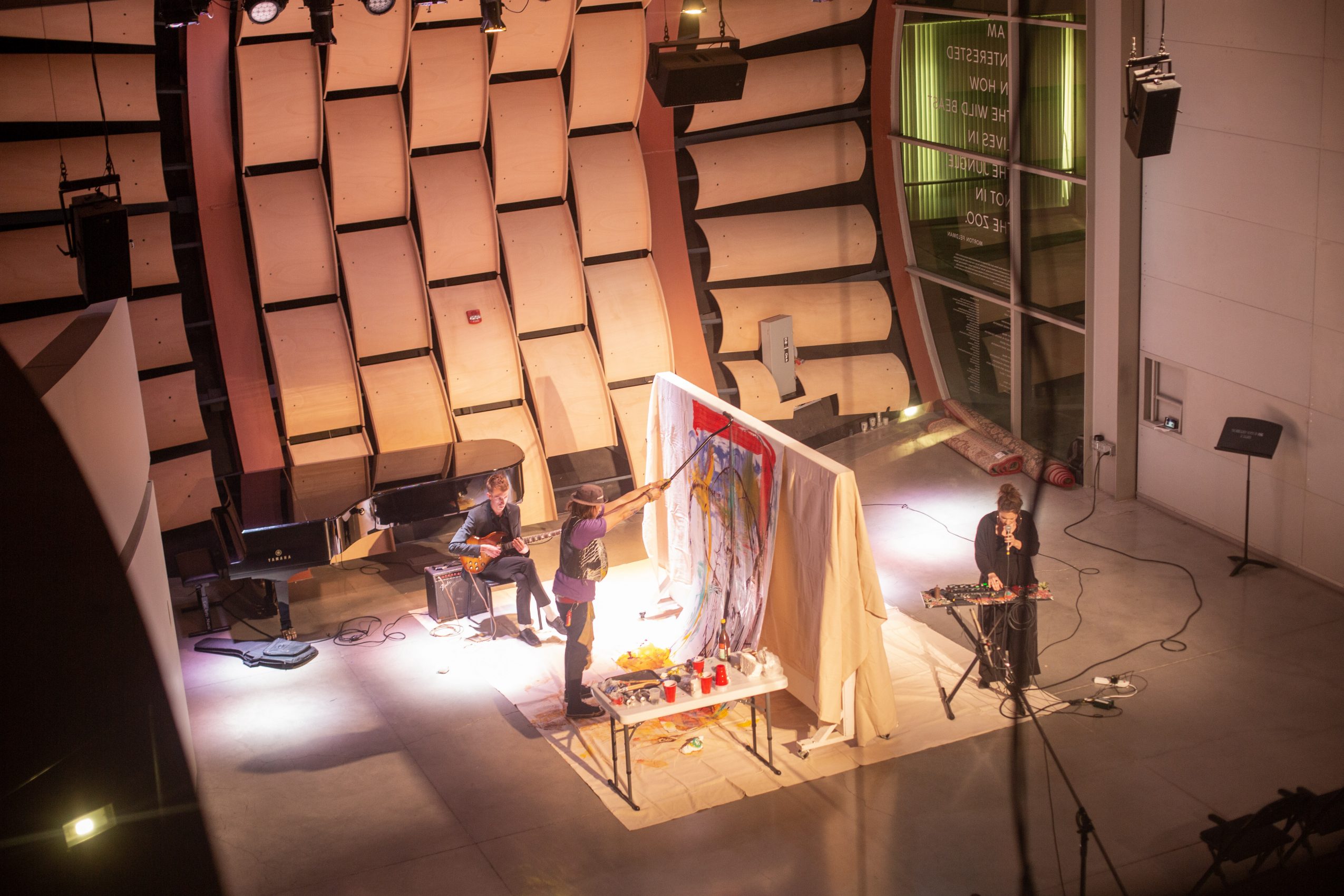 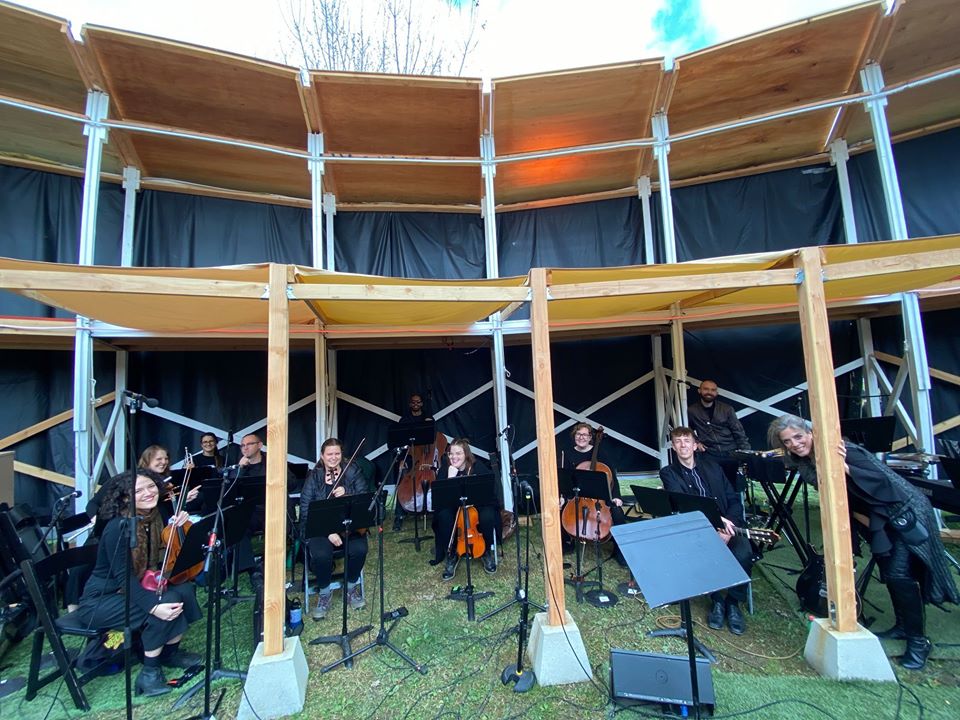 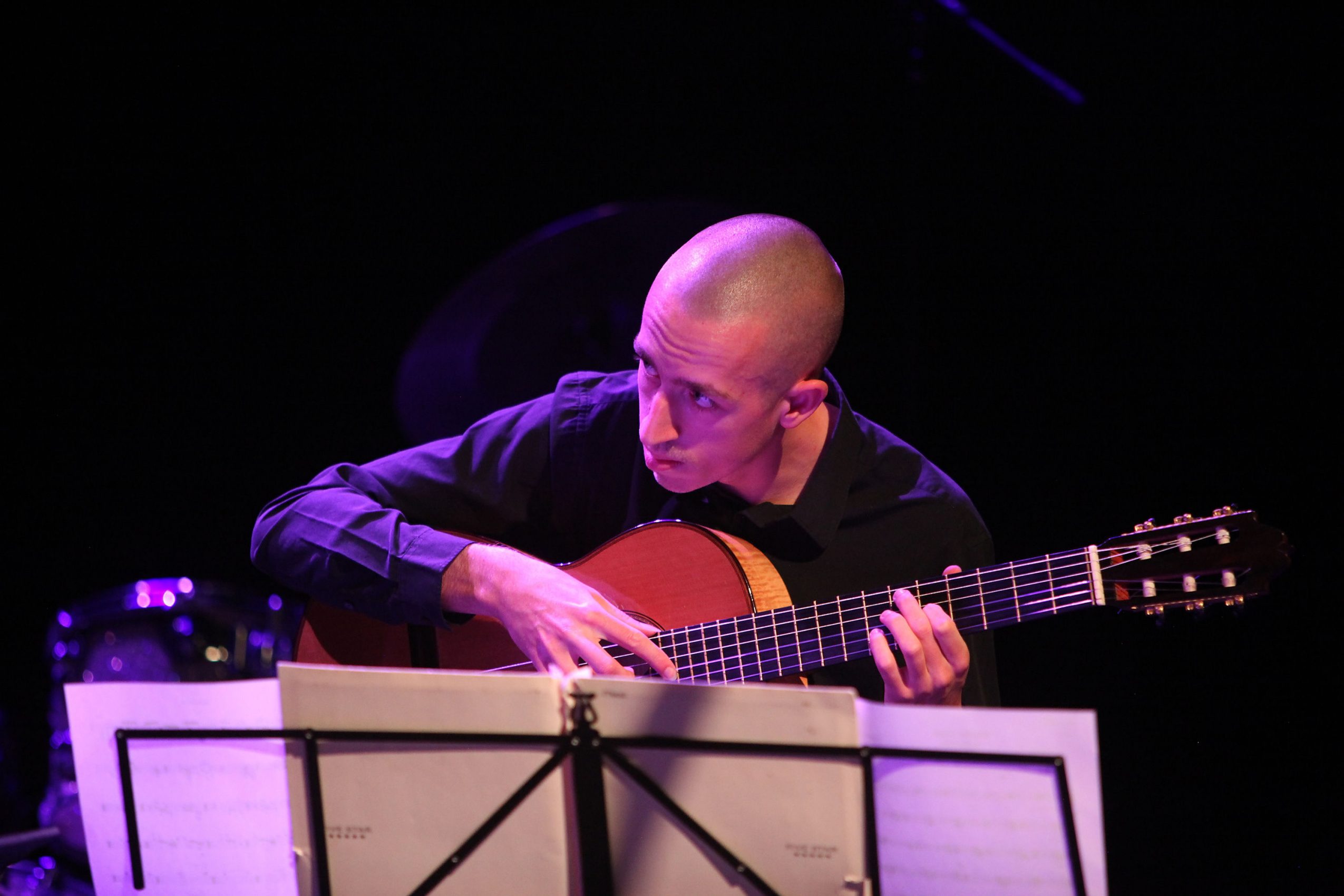 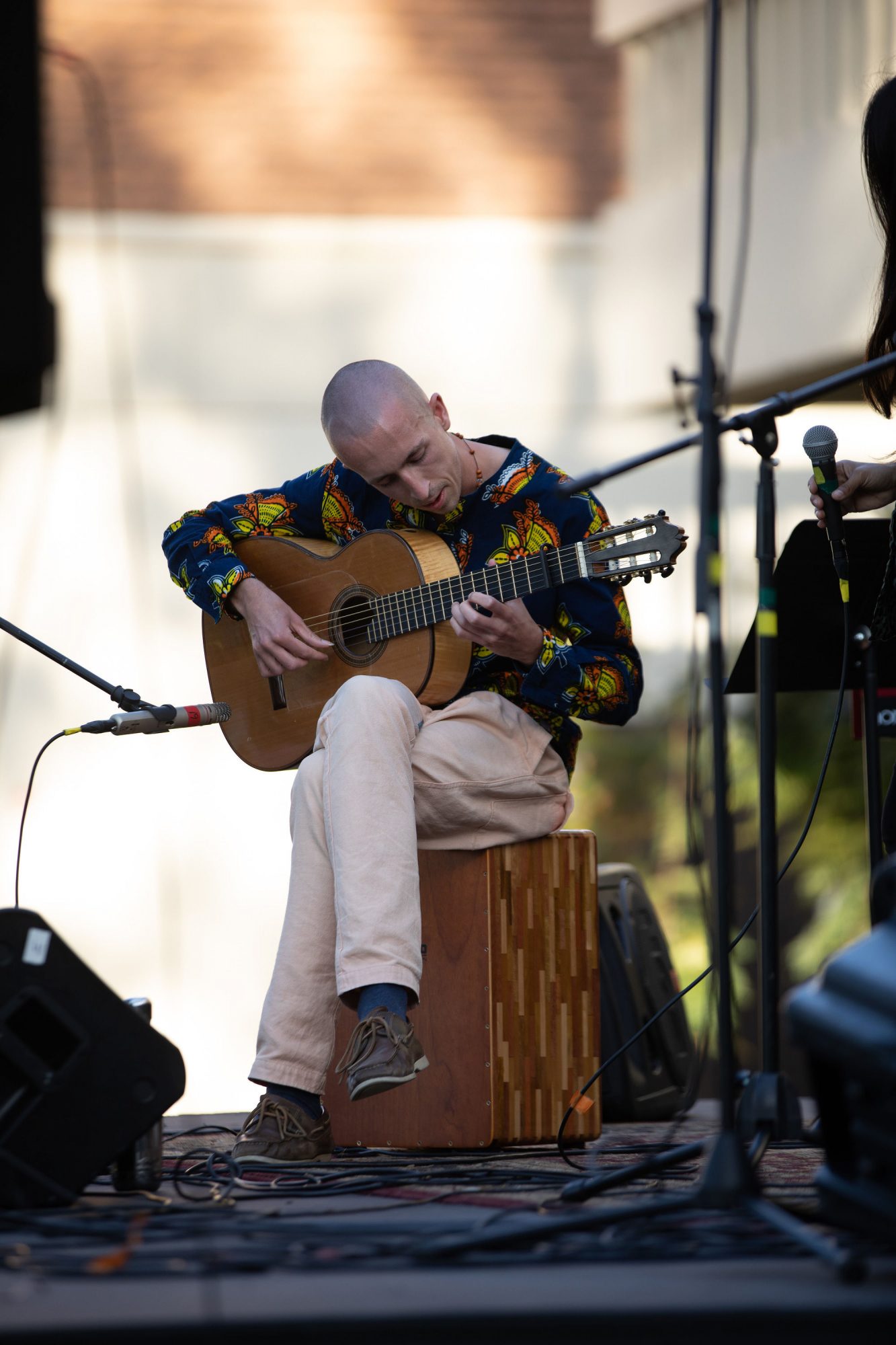 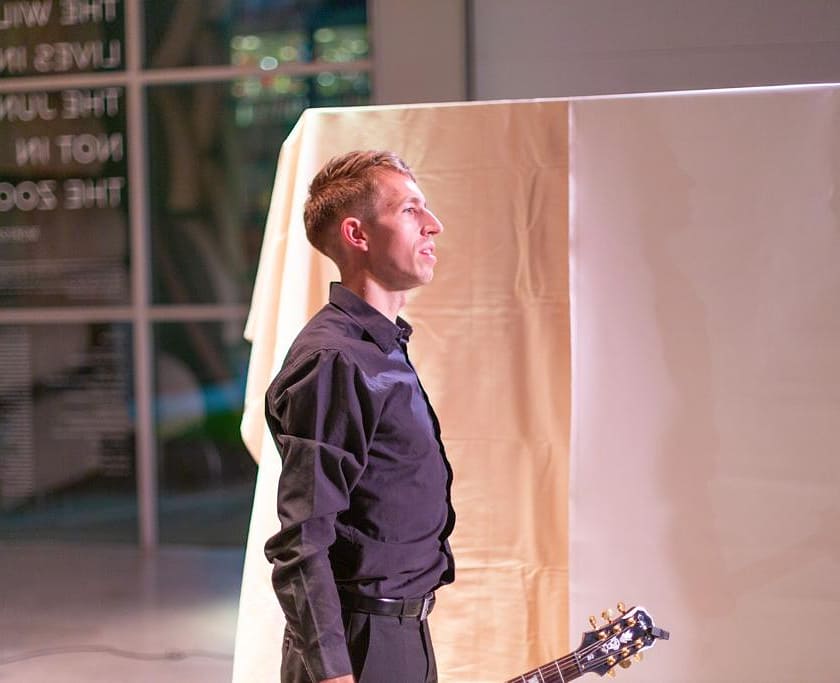 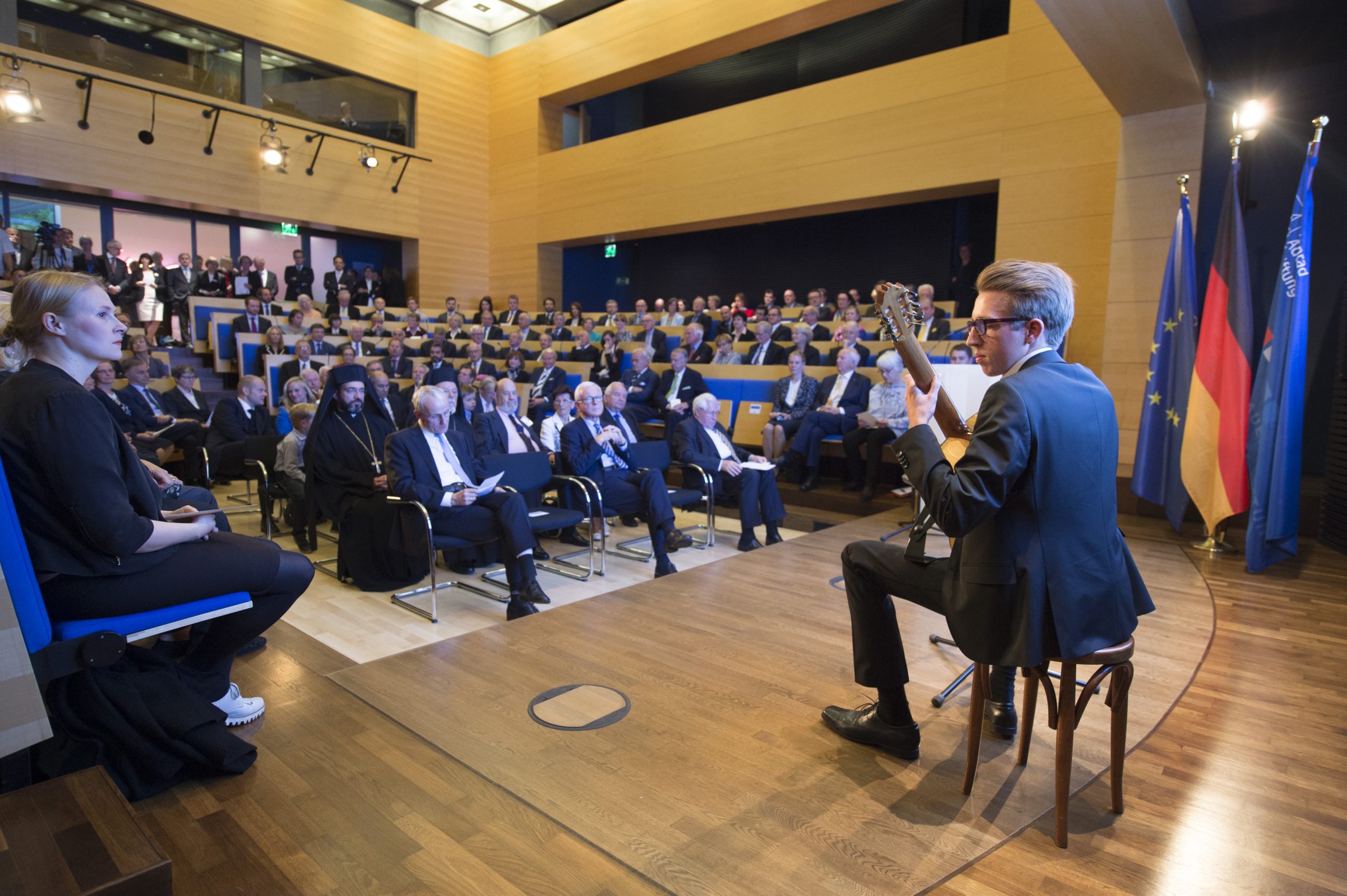