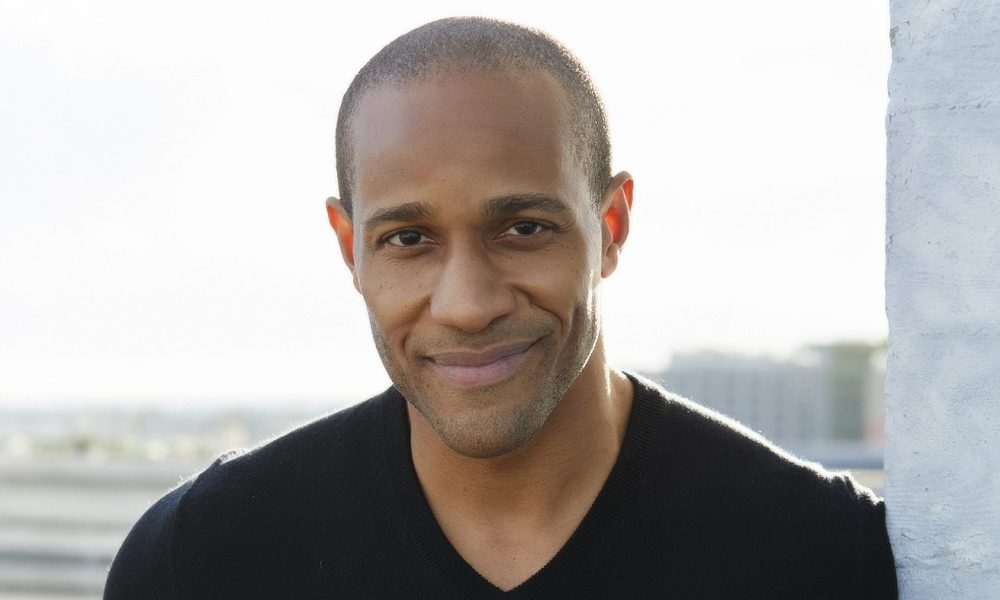 Today we’d like to introduce you to Michael Cory Davis.

Thanks for sharing your story with us Michael Cory. So, let’s start at the beginning and we can move on from there.
My work started in social justice and activism started in 2003. I am an actor and a filmmaker. While acting in films made for the SyFy channel shooting in Eastern Europe, Bulgaria to be exact, I learned about the issue of sex trafficking at a function I attended for a local non-profit, Face To Face Bulgaria.

I was motivated to learn more about the issue especially since I found out so many young girls were duped into thinking they could have a career in modeling or the entertainment industry but then forced into a world of prostitution.

I traveled for three months while I was there to orphanages and shelters where victims and potential victims of trafficking were and saw the circumstances that made it ripe for traffickers to exploit them. After meeting a 13 year old girl who was sold into prostitution by her adopted parents and trafficked to Holland, I was inspired to craft a narrative story around her experiences as a way to create a national Call-To-Action for that community. I loved Bulgaria and the people were so kind to me I felt this was a way to leave a lasting positive mark on a country that did the same for me despite the challenging issues that the society was facing.

After I made Svetlana’s Journey, the film was a national success. We were able to get it onto their Bulgarian National Television station, motivate a movement and generate a larger conversation about human trafficking, and ultimately play a role in urging Bulgarian lawmakers to create a commission to combat trafficking in persons.

When I returned stateside, Svetlana’s Journey started winning film festivals, such as Best Short Subject winner Hollywood Film Festival and HD film festival in 2005 for Best dramatic short. We started gaining lots of national attention and I started informing the public on CNN, World News, and lots of local news outlets as a subject matter expert.

I started collaborating with federal and local law enforcement agencies like the FBI, Homeland Security and others  and gained a deeper understanding of human trafficking as a growing epidemic in the United States. It was then in 2006 that I created my production company, Journey Film Group and created my second film, a documentary Cargo: Innocence Lost with a mission to do a deeper dive into the various aspects of human trafficking.

I traveled across the world with my films raising awareness about the issue, worked to rally supporters for legislation across America on a federal and state level, took part in educating law enforcement, churches, highschools and college students, and supported the efforts of non-profits that were directly involved in rescuing and rehabilitating victims of human trafficking.

In 2009, I founded the non-profit Artists United for Social Justice (AUSJ) as a platform to support artists like myself who create and distribute art to raise awareness about social injustices. Since then we have created a series of public service announcements with Ashley Judd providing the voiceovers as part of The I Stop Traffic Awareness campaign leading up to our latest film “The Conversation” as part of “Have The Conversation” campaign to foster a robust conversation around sexual assault and consent, with a particular focus to engage men and boys on being the solution.

Overall, has it been relatively smooth? If not, what were some of the struggles along the way?
Ha! Nothing in entertainment or social justice is smooth, but I have learned the rockier the road the better the storytelling can be. One of the biggest struggles especially in the United States was getting people to believe that such a crime like human trafficking was happening in the United States. I really was part of an early wave of activists between 2003-2009 to spotlight human trafficking and since it dealt with rape, child abuse as well as immigration when talking about foreigners being trafficked in for work or commercial sex acts it was very taboo for most to discuss.

On top of that, it was and still is extremely challenging getting people to see a prostituted person as a victim and deserving of services, especially when that person is an American. Early on there were very little services available for American children who were arrested and they were treated as criminals compared to foreigners that were being offered services under the Trafficking Victims Protection Act. It took considerable effort to change the lens in which people view domestic sex trafficking victims and that work is still required.

I’d say once the film “Taken” with Liam Neeson made it to theaters nationwide suddenly people were concerned about this problem, in particular because it was a Caucasian American girl that was taken, it changed the “stereotypical” face and economic bracket of victims of prostitution and trafficking in America and made people wake up.

The other struggles are the same for most non-profits, fundraising, and keeping supporters actively engaged. Being a non-profit that focuses on social justice it can be challenging to raise funds for the creation of content, no different than raising funds for any film.

Much of what has been created for Artists United for Social Justice I have self-funded and used donations from vendors to provide in-kind services. This is why being an actor and director is so helpful as I pull in other talented artists from other projects I work on to support the organization’s mission.

Artists United for Social Justice – what should we know? What do you do best? What sets you apart from the competition?
Artist United for Social Justice is a dynamic blend of art and activism. We focus on a social justice issue then create content for campaigns that keep the spotlight on the issue. Ideally, we will involve all forms of art giving way to photographers, fine artists, musicians, etc. to take part in the mission.

What I love the most about this work and AUSJ is we are not afraid to enter the fray and deal with the hard-to-tell stories. Since we are not creating work solely for the sake of profit and entertainment, we can measure our level of success by how effective we are in raising awareness and did we do it in an authentic and honest way.

As of now, we are widely known for our I Stop Traffic Awareness campaign and films on sex trafficking but that will change once our latest “Have The Conversation” campaign launches. I am really excited and proud about this campaign as it will bring men and boys into the conversation around sexual assault and consent in a way that I feel the #Metoo movement has not.

I feel the media, MeToo and TimesUp have been inspiring and effective in sounding the alarm about the horrific situations women are faced with daily and have put perpetrators behind bars and certainly on notice but they have missed the mark with actually delving deep into the psyche and culture around what has created an environment for men and boys to engage in such acts. Maybe it’s not their role and I am okay with that because I believe now is the time for men to mentor men on this issue.

There is a phenomenal teaching moment and conversation not being had publicly, nationally, globally about a paradigm shift occurring for healthy masculinity and I am thankful that I and Artists United For Social Justice can be a part of that charge with our film, The Conversation and the campaign itself.

What is “success” or “successful” for you?
Success for me is based on achieving benchmarks that we set for each project. Considering how challenging it is to create and complete content, the first part of success is did we create something and can it be distributed because it hit the mark and is engaging.

The second part of success is, did we have an impact, did we touch at least one person’s life in a positive way. I have learned from over 16 years of doing social justice work that you can’t get caught up on the “going viral” aspect to judge one’s success. That is to simple of a way to measure efficacy. There were times in my life when I felt like I didn’t do enough, that I didn’t change enough hearts and minds, and then I think about the letter a child wrote me after watching Svetlana’s Journey in Moldova telling me she didn’t know why an American would care to tell the story of something affecting someone in Eastern Europe but her life was forever changed by seeing the film and she started an anti-trafficking group in her school.

I think about the father in Orange County at a church who cried on my shoulder after my speaking engagement when he told me he lost his 16 years old daughter to suicide after she killed herself because she was a victim of sex trafficking and how watching my film helped him deal with emotions he had bottled up.

I also think about the group of teenagers in Westmount Highschool in Montreal who after my presentation and screening of Svetlana’s Journey were so motivated they created a campaign to force Air Canada to put information on their fights about sex trafficking. I have countless stories like these, so what I learned is even when you think you’re not successful, simply planting the seed of what a just and equitable world should look like in someone’s heart is enough to have the flower blossom someplace else and for that I can die a very successful man in my heart. 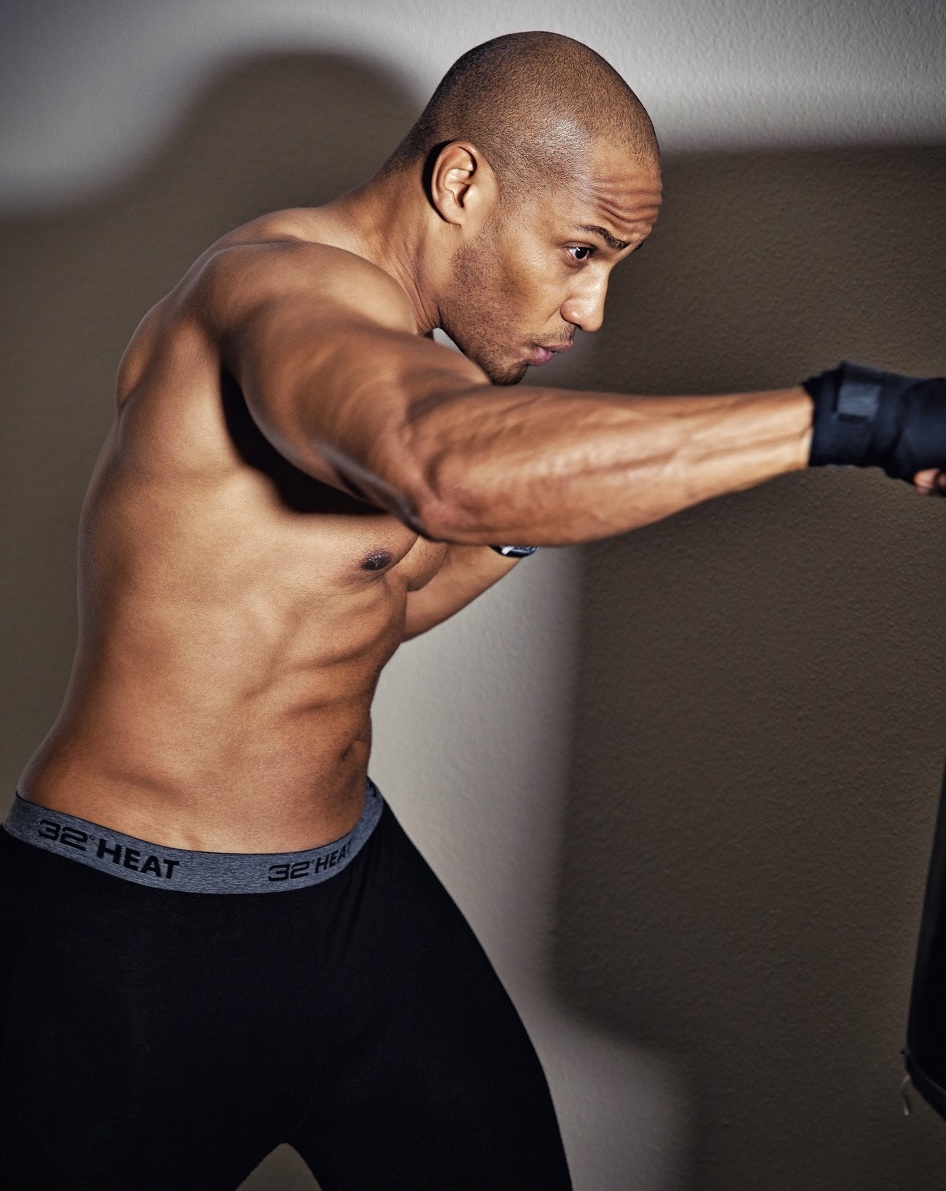 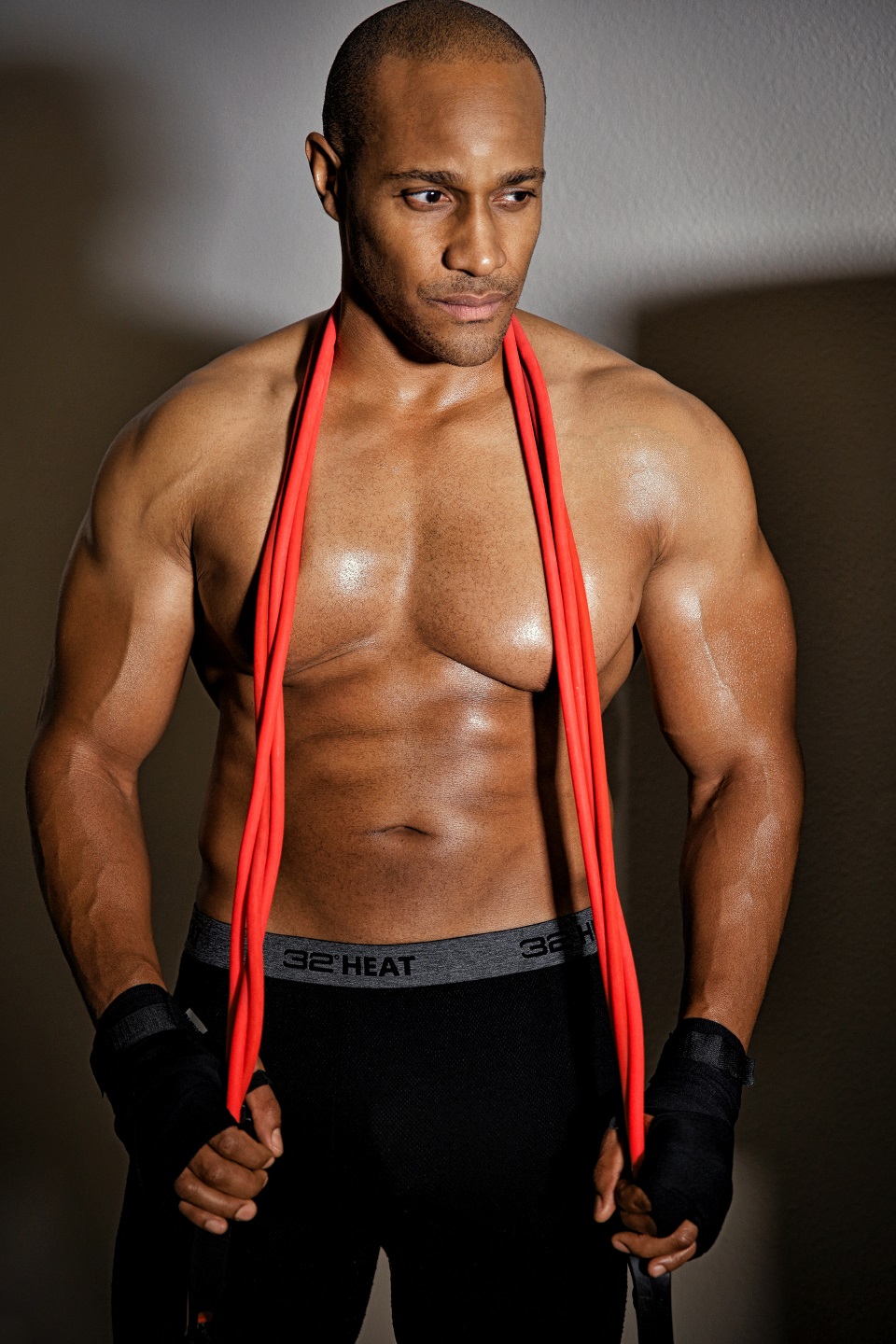 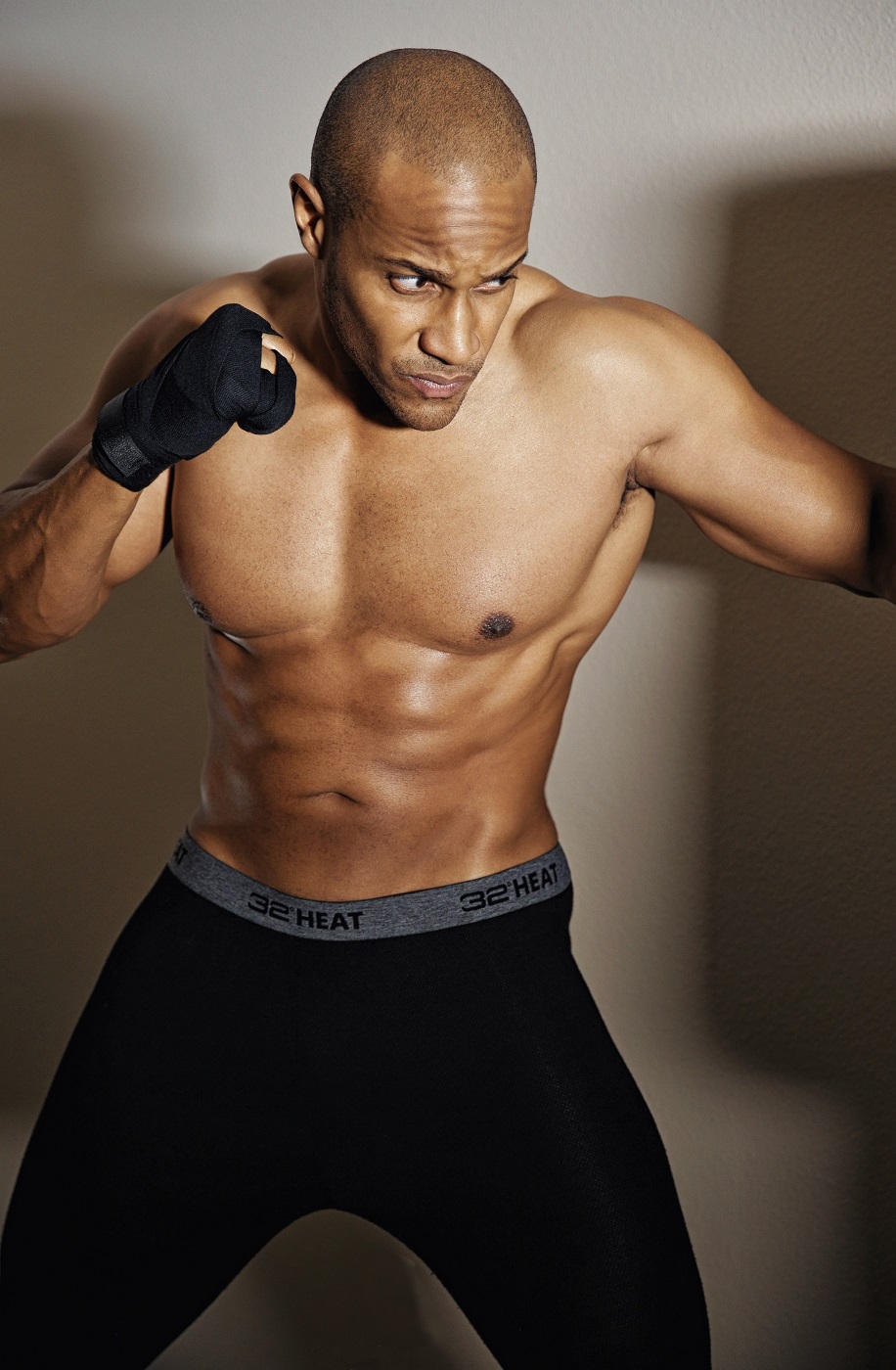 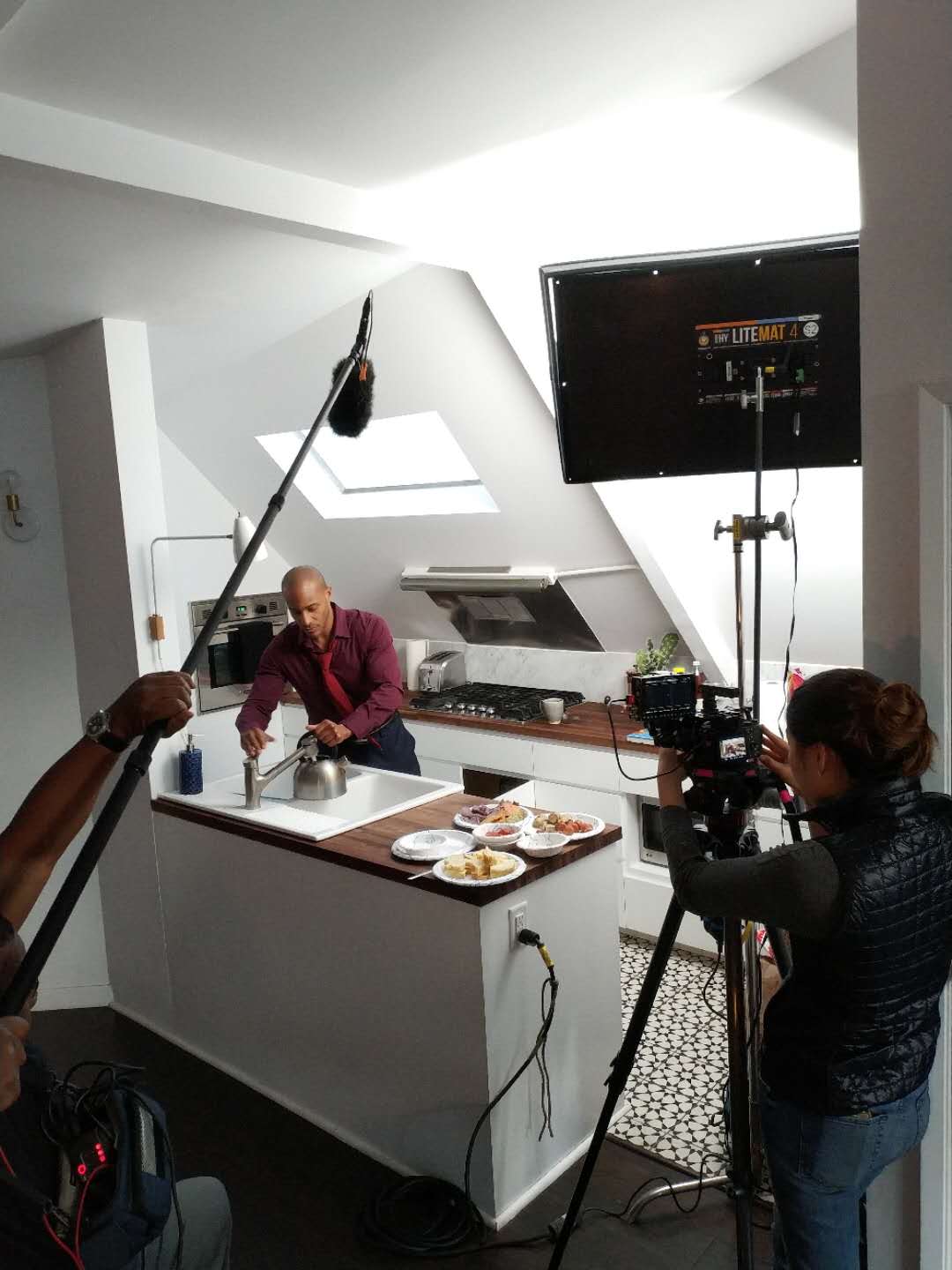 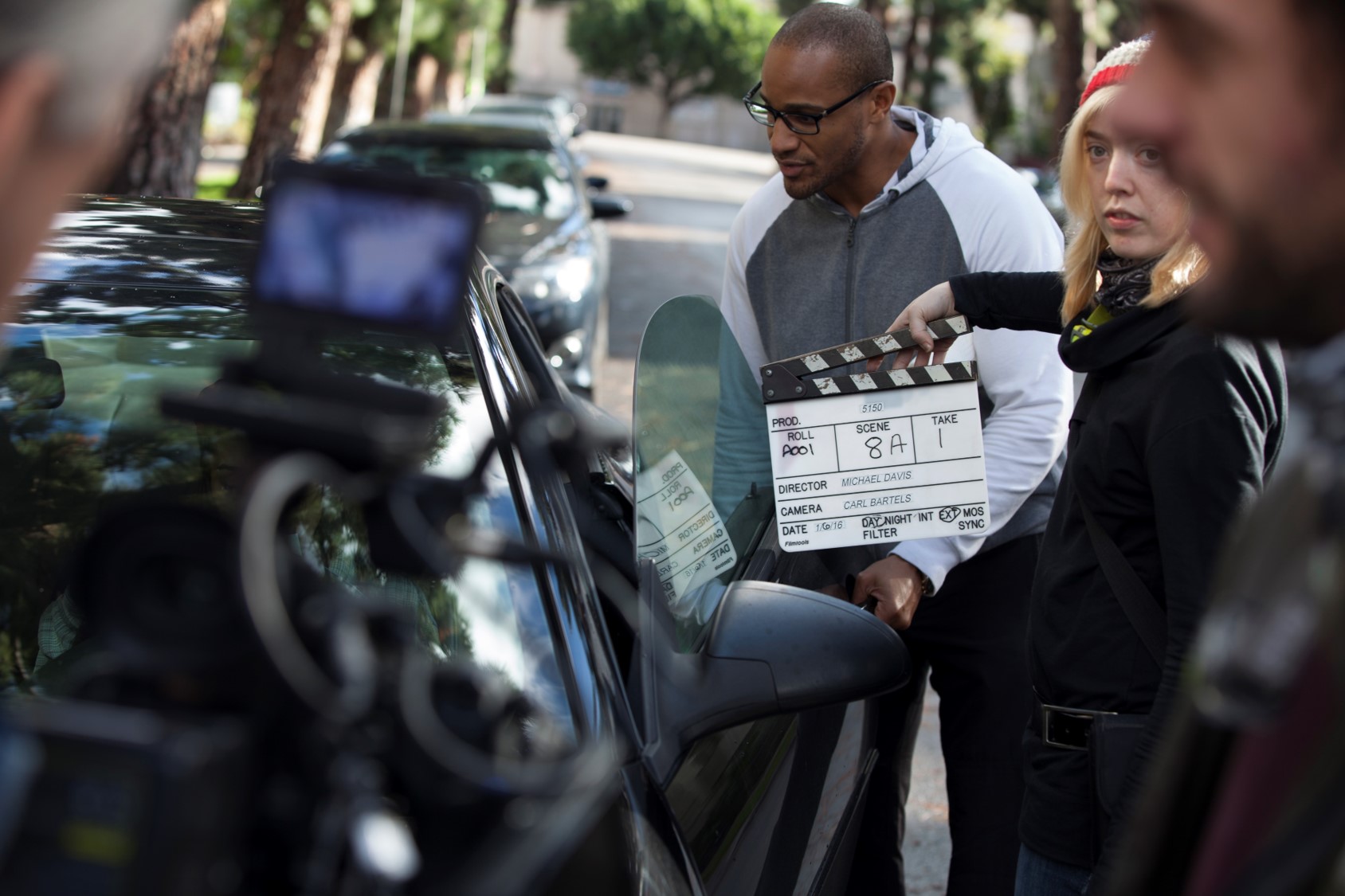 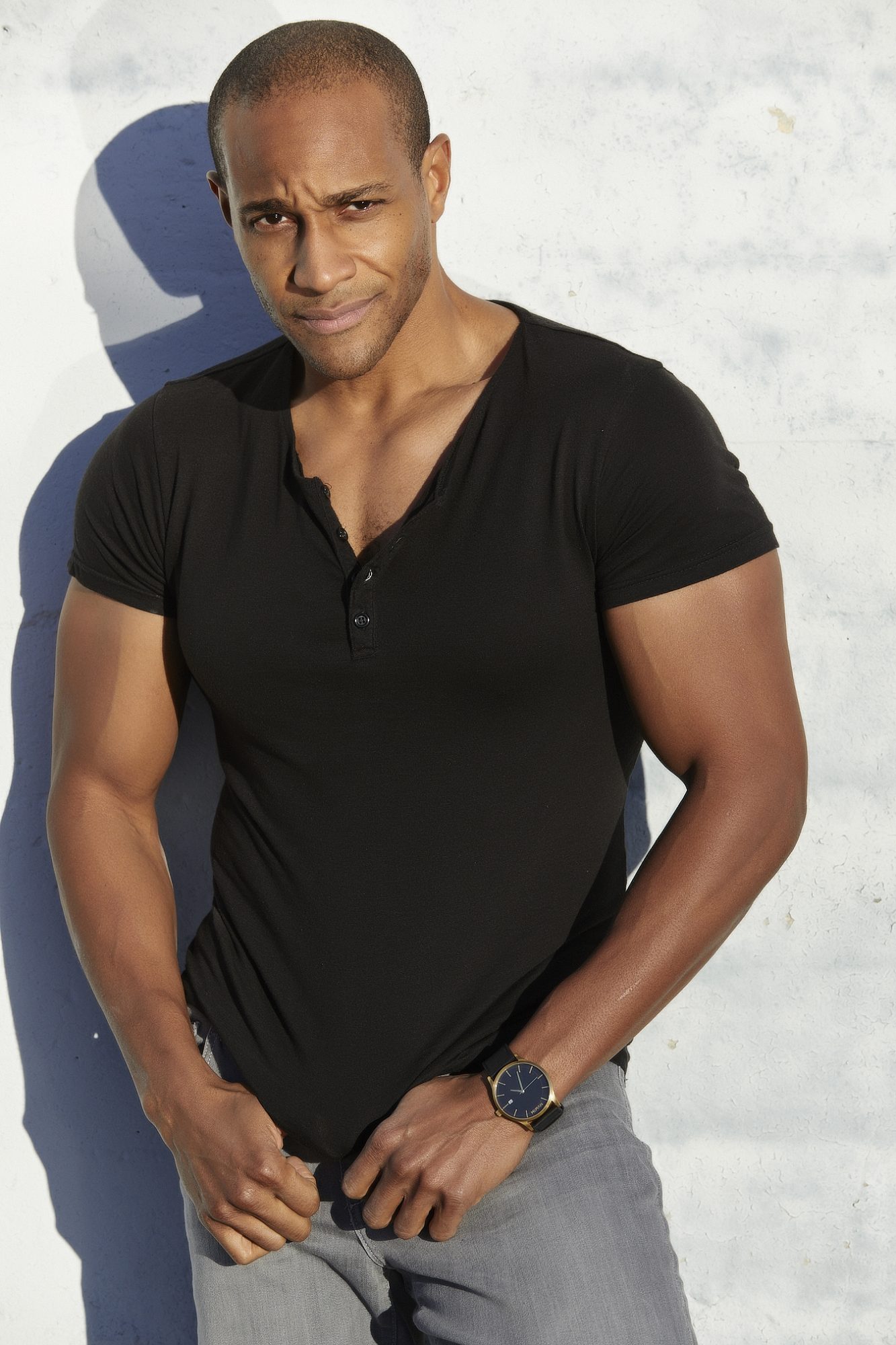 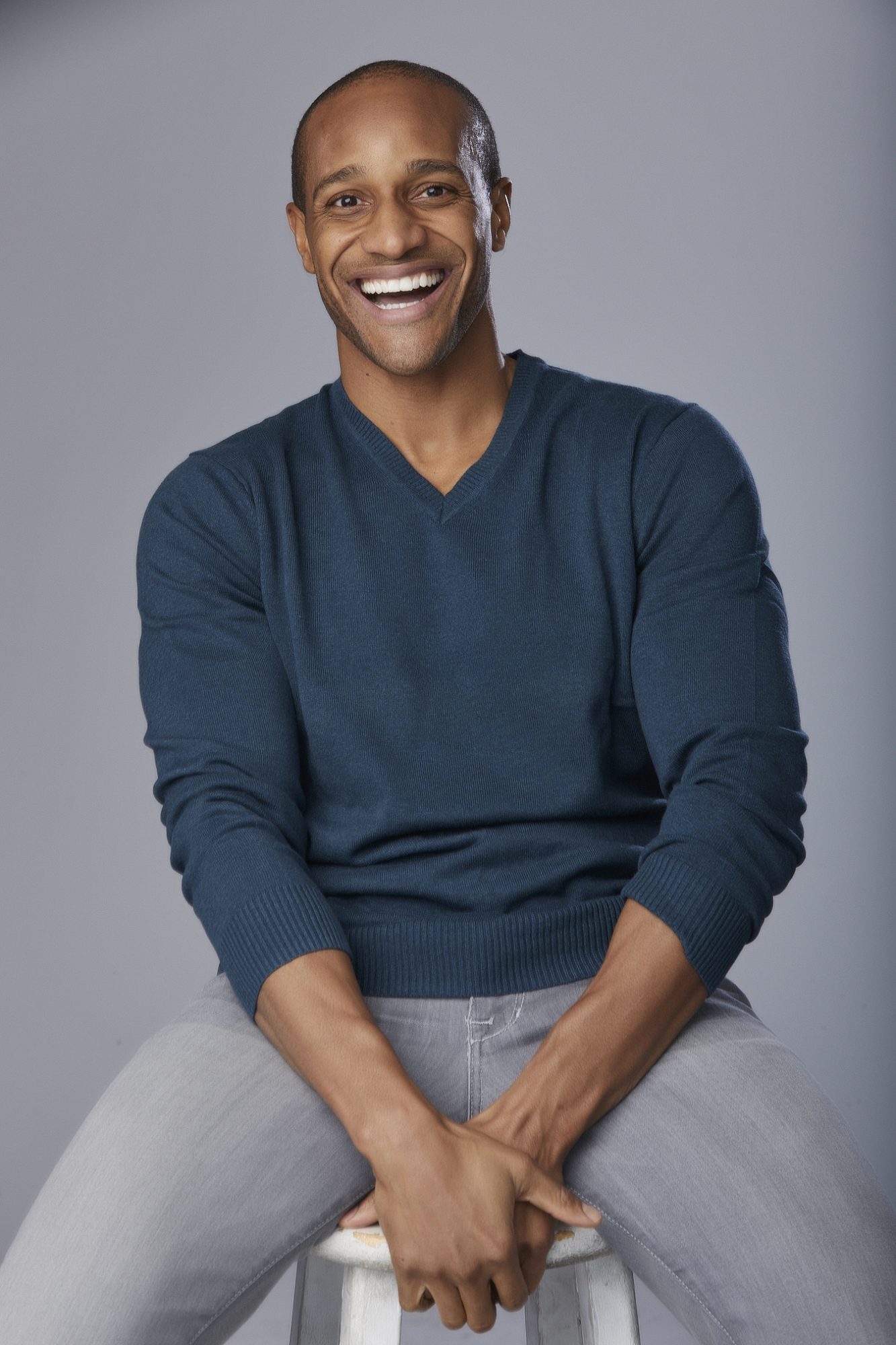 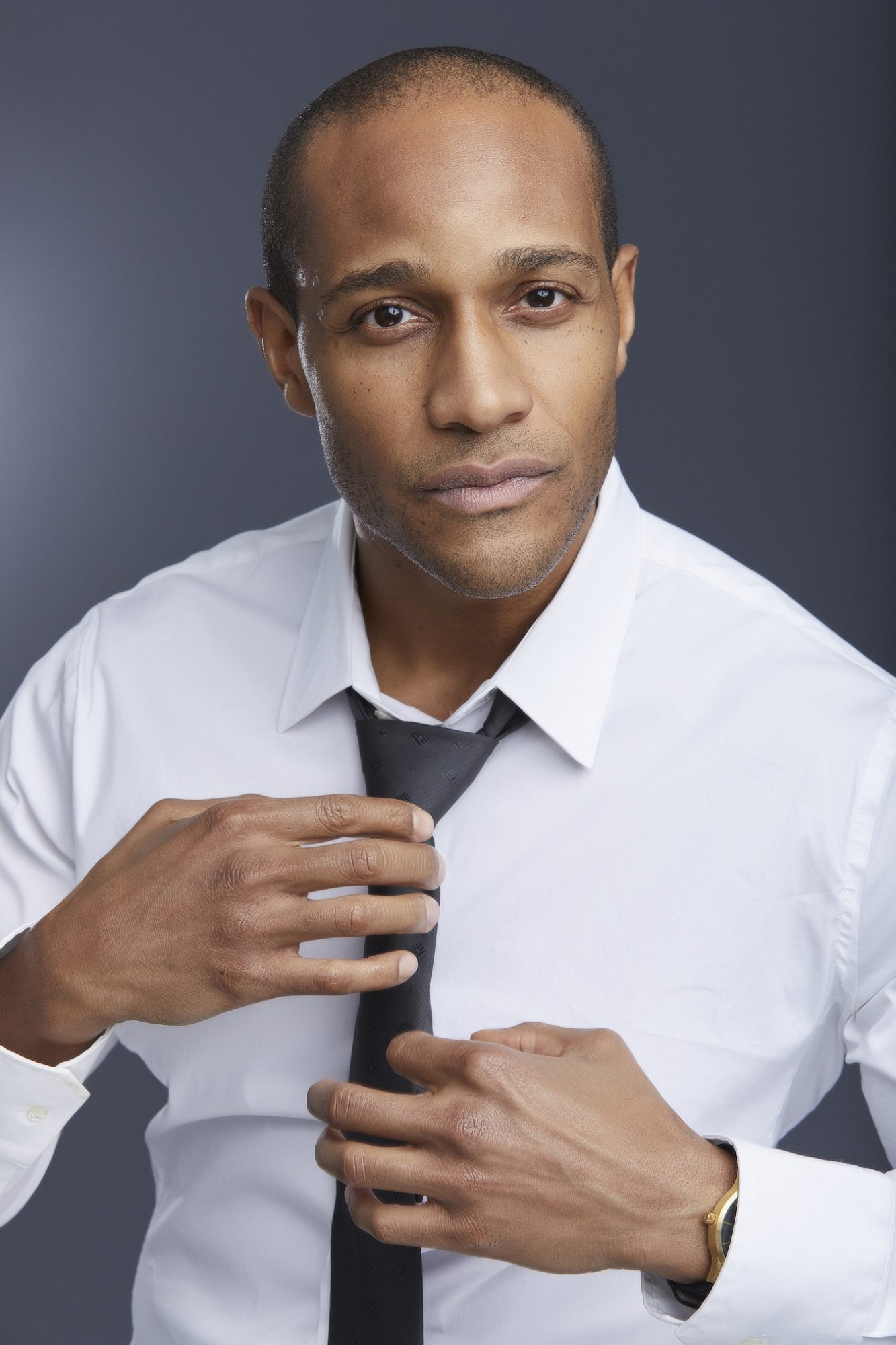 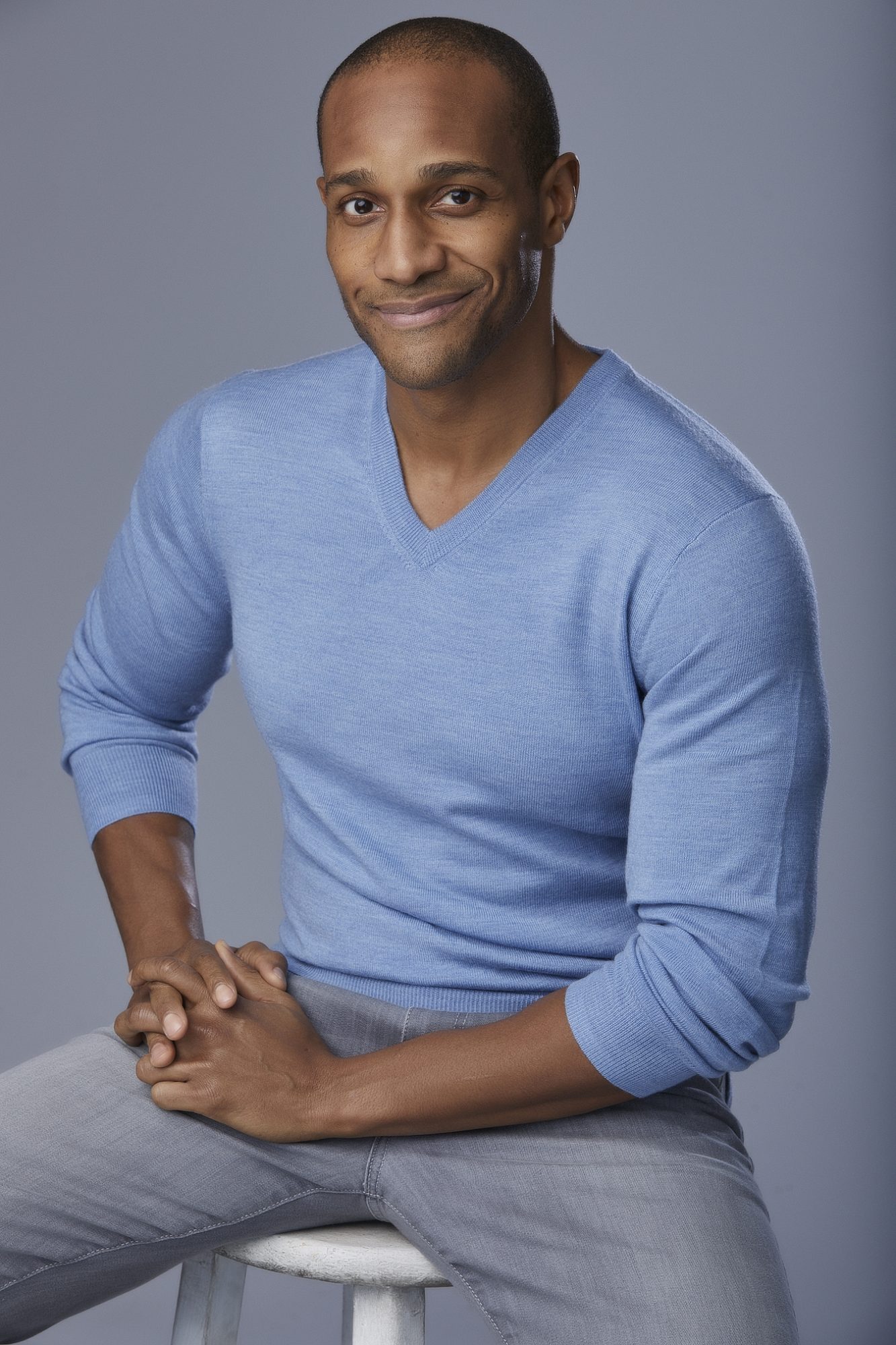 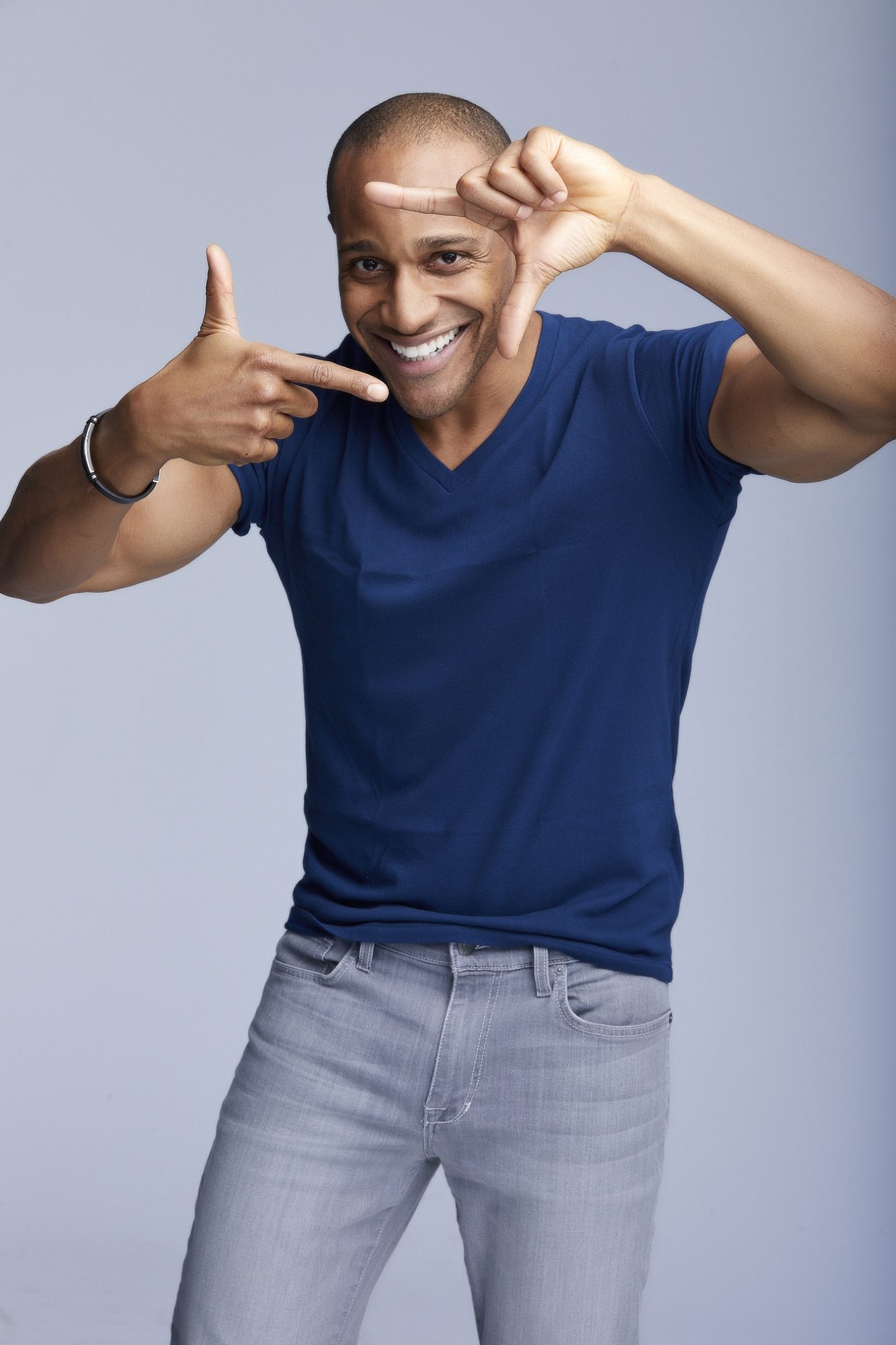 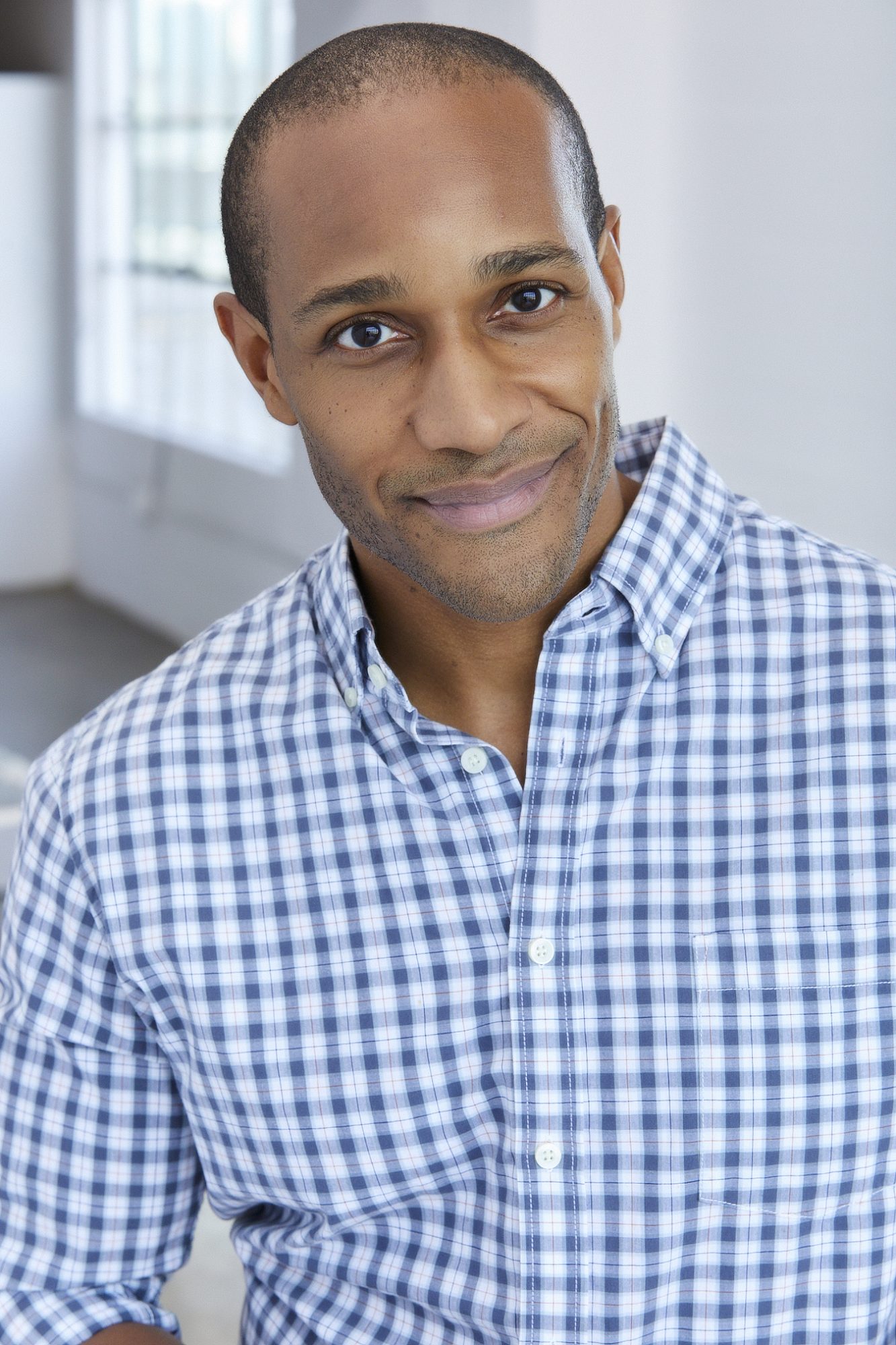 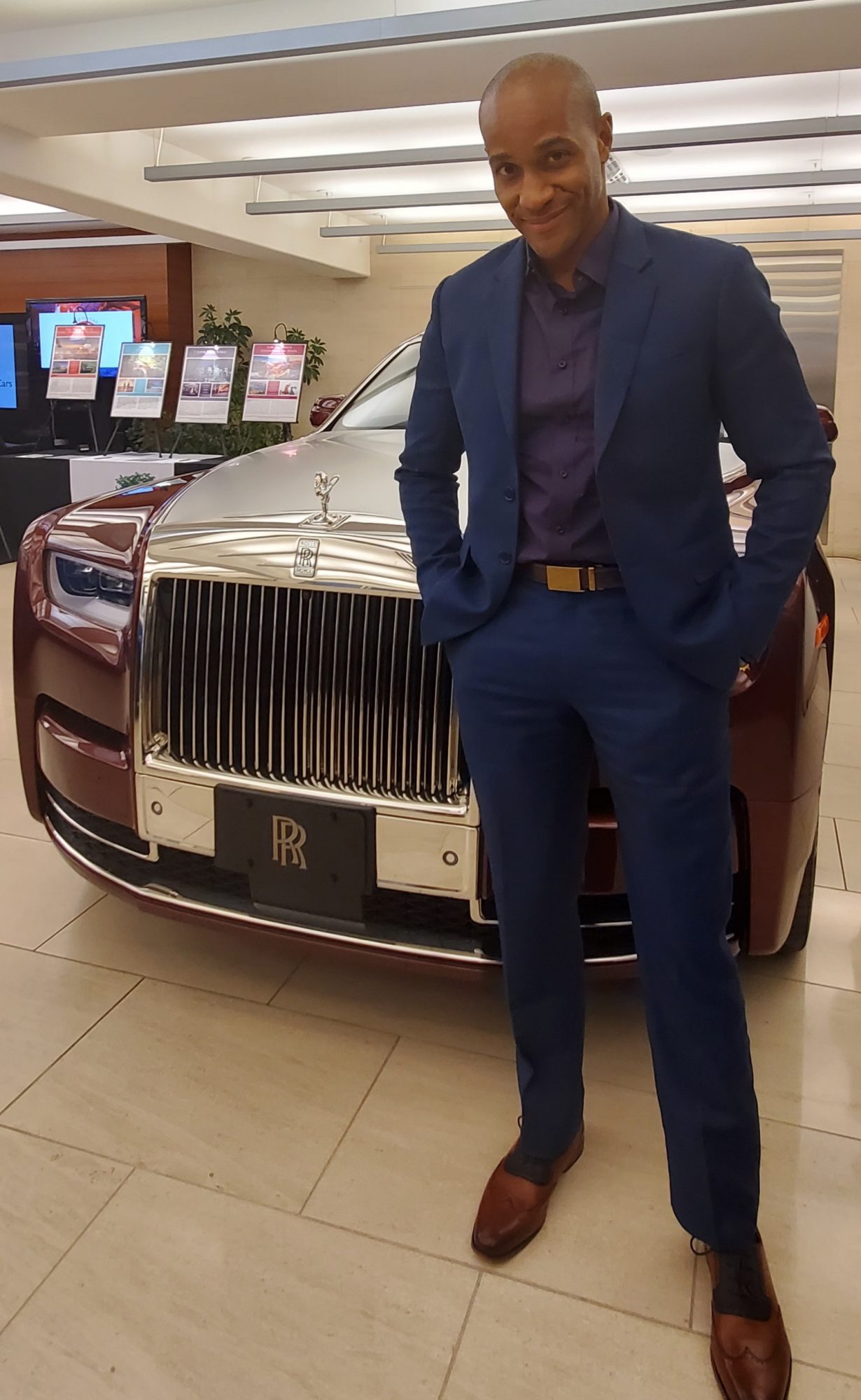 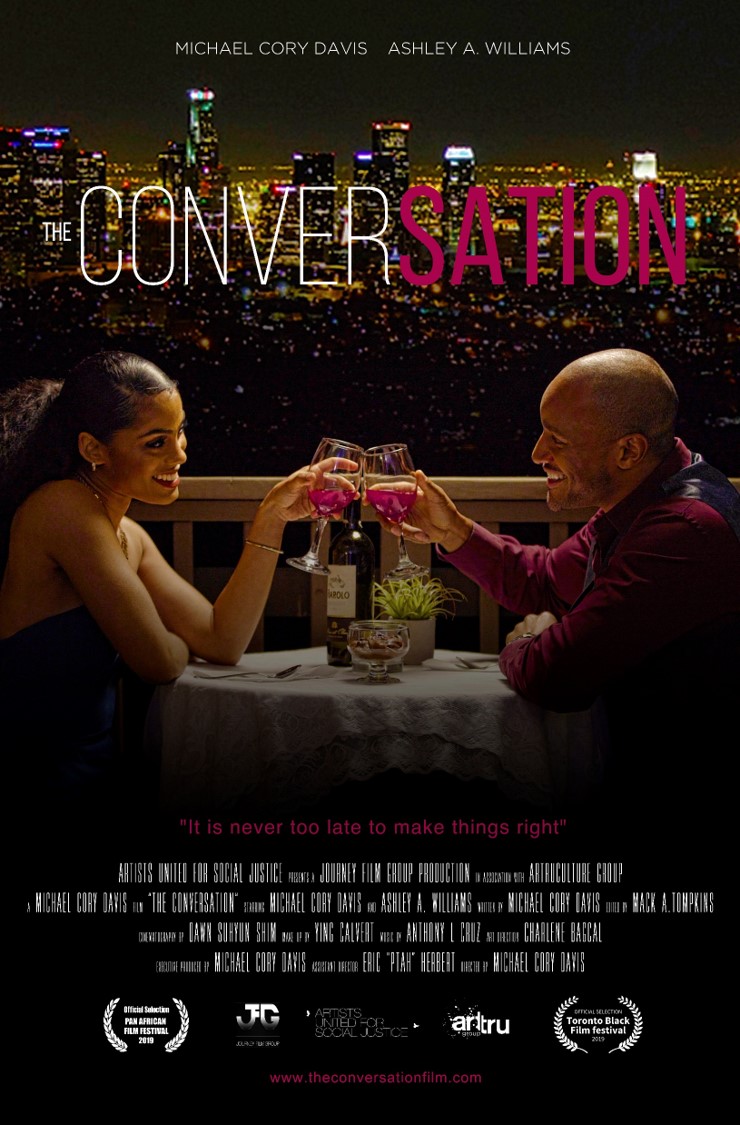