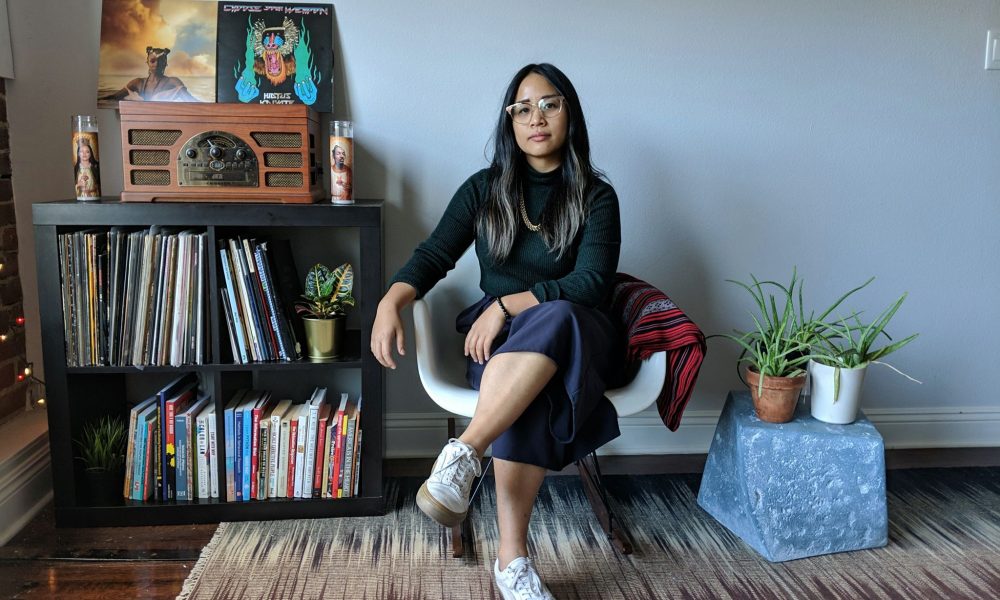 Today we’d like to introduce you to Menchie Caliboso.

Menchie, please share your story with us. How did you get to where you are today?
From a very young age, music was always a big part of my life. I started with piano and violin lessons when I was six and went on to learn classical music and Philippine folk songs. I don’t think I really connected with these genres because I was really listening to pop and rock music (like many other kids at the time). Luckily, I discovered guitar tabs when I was ten and came home one day to find a guitar on my bed that was gifted by parents. I thank my parents and grandparents for encouraging my musicianship and creative growth from an early age. Throughout my teens, I was just another teenage girl with growing pains, and channeling all of that through songwriting.

During my freshman year of college, I read “This is Your Brain on Music” by Daniel Levitan, and eventually transferred to Berklee College of Music as a music therapy major. I became really fascinated by music’s ability to heal the injured brain and even reduce stress markers that were risk factors for chronic illnesses. Early on, I knew that I would go to grad school, so I volunteered at a couple of research labs. One of the labs was Susan Roger’s Music Perception and Cognition lab. Susan is Prince’s engineer on Purple Rain and now a cognitive psychologist, so being under her mentorshorship showed me what it looked like to push boundaries as a female in science, technology and music. During this time, I was also constantly surrounded by peers and artists, both in Boston and Los Angeles, who were producing their own music, so it was very natural for me to start producing and mixing my own music. I moved back to hometown Long Beach right after I graduated from Berklee, and there’s a really tight-knit community of musicians that have really supported my artistic development. So really – it’s my support systems and genuine relationships with good folks that helped me get to where I am today.

I produce music for Bootleg Orchestra and do research/data analytics at a children’s hospital.

We’re always bombarded by how great it is to pursue your passion, etc – but we’ve spoken with enough people to know that it’s not always easy. Overall, would you say things have been easy for you?
No, and I’ll speak particularly to being a musician. Regardless of the countless hours practicing and creating, or big gigs and collaborations, there’s still a lot of self-doubt and questioning — where is this going? Is this good enough? I don’t know if I’ll ever win a Grammy or sign under a major label, but I also don’t know if I’ll ever stop making music. Music is really creative and emotional, but the music industry is very business. I think what’s kept me in music this long is its ability to reach hundreds of thousands of people. Because of that, why not use music to shed light on what’s going on in the world, and start a discussion on what people can do about it?

Please tell us about Bootleg Orchestra.
I’m a guitarist by training but produce and play bass for Bootleg Orchestra, an electronica soul group from Long Beach/Los Angeles. I’m in this group with my best friend Vanessa (vocals/trumpet) who I’ve known since high school and Andrew (guitar/co-producer). As a group, we value social justice and economic equity and organize with the Philippine – U.S. Solidarity Organization of Southern California, a solidarity organization of Filipinos and non-Filipinos that is committed to defending people’s rights in Philippines. We recognize that US imperialism and this neoliberal era is at the root of a multitude of struggles in our communities, so the international solidarity that we share and the community organizing that we do informs a lot of our songwriting.

Has luck played a meaningful role in your life and business?
By luck, I mean putting in hours of practice so that I could say “yes” in the moment an opportunity presents itself. By luck, I mean developing genuine relationships with people that I truly appreciate and will actively be on my team – personally, creatively, and/or professionally. By that definition, luck has been a driving force throughout life. 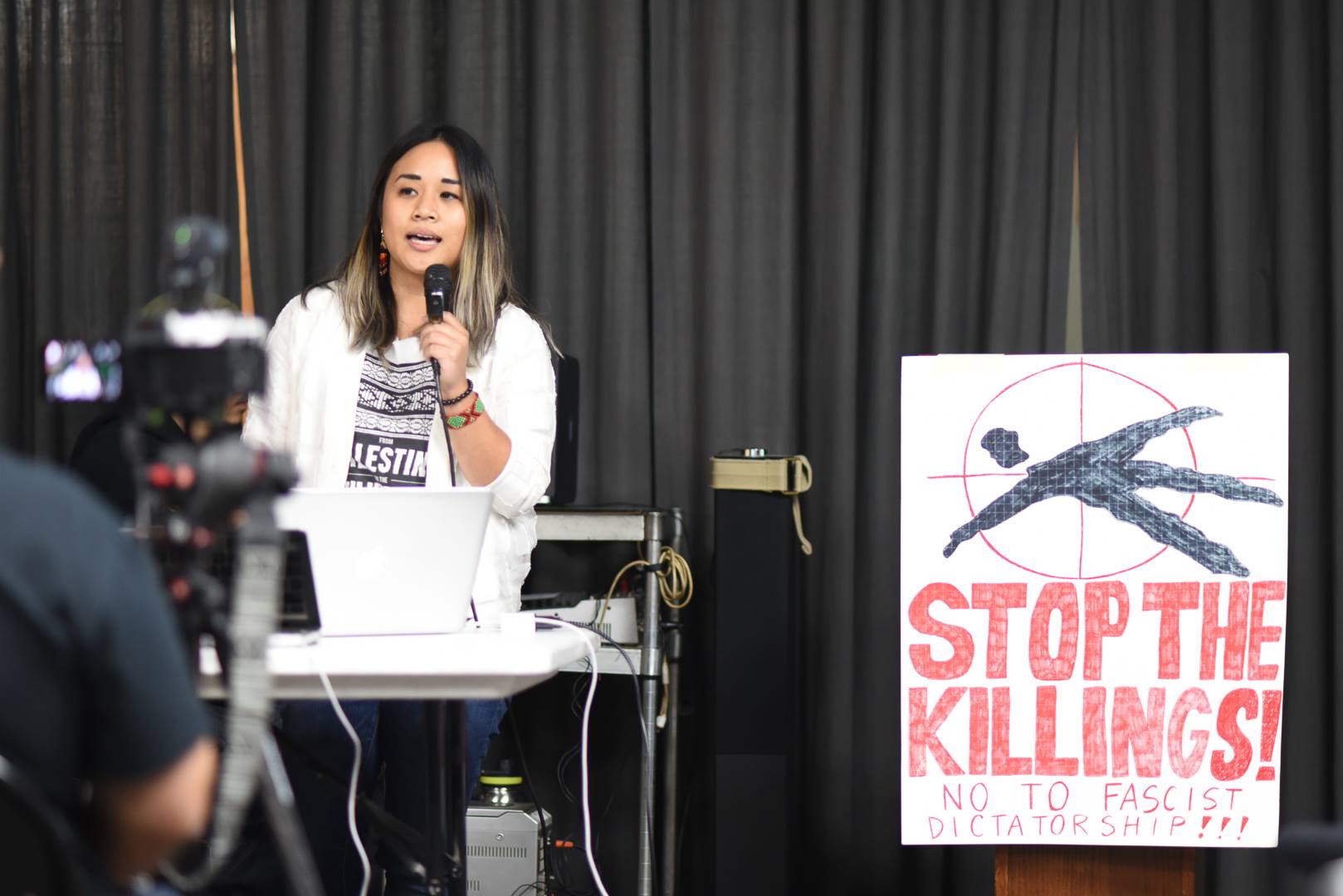 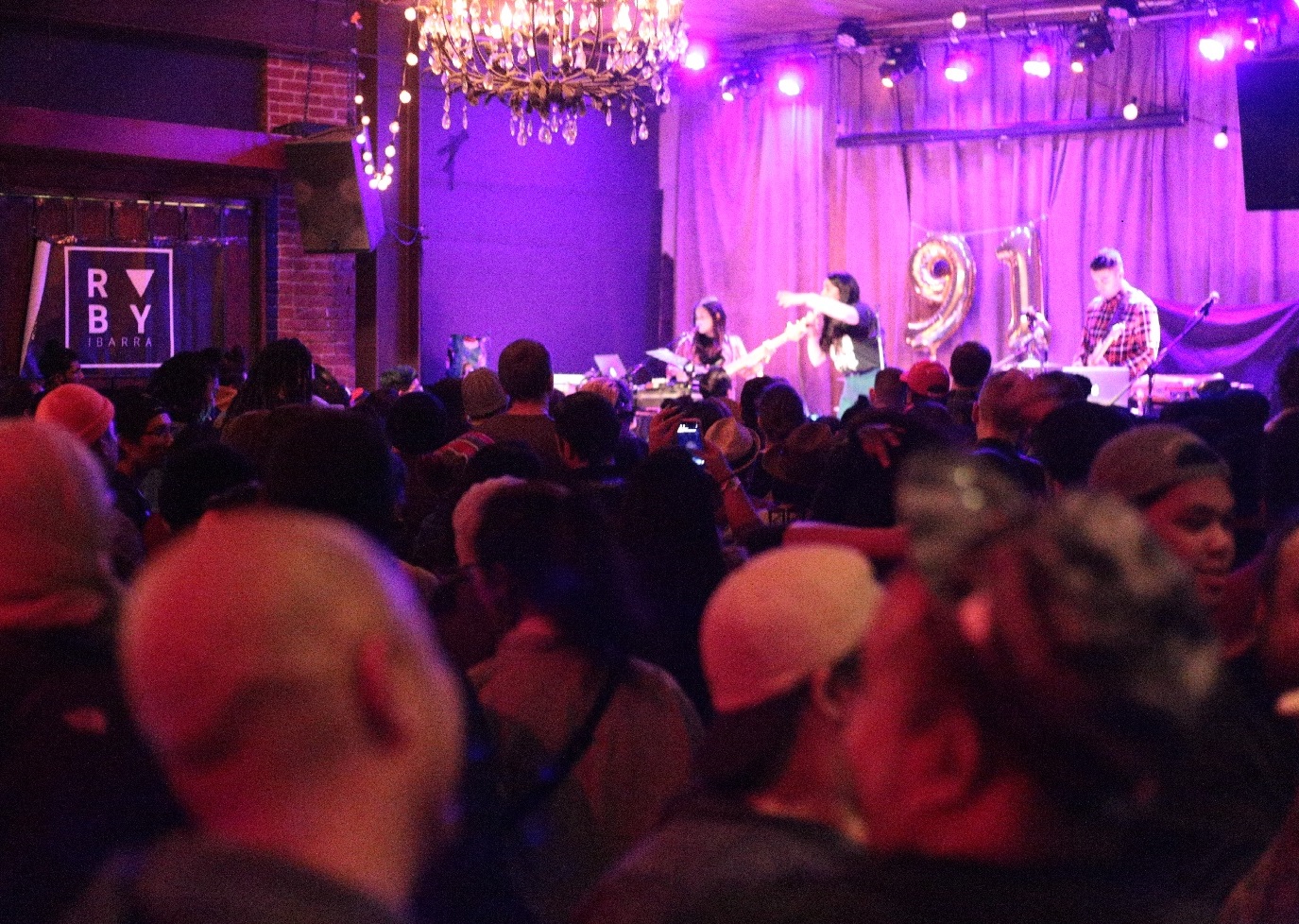 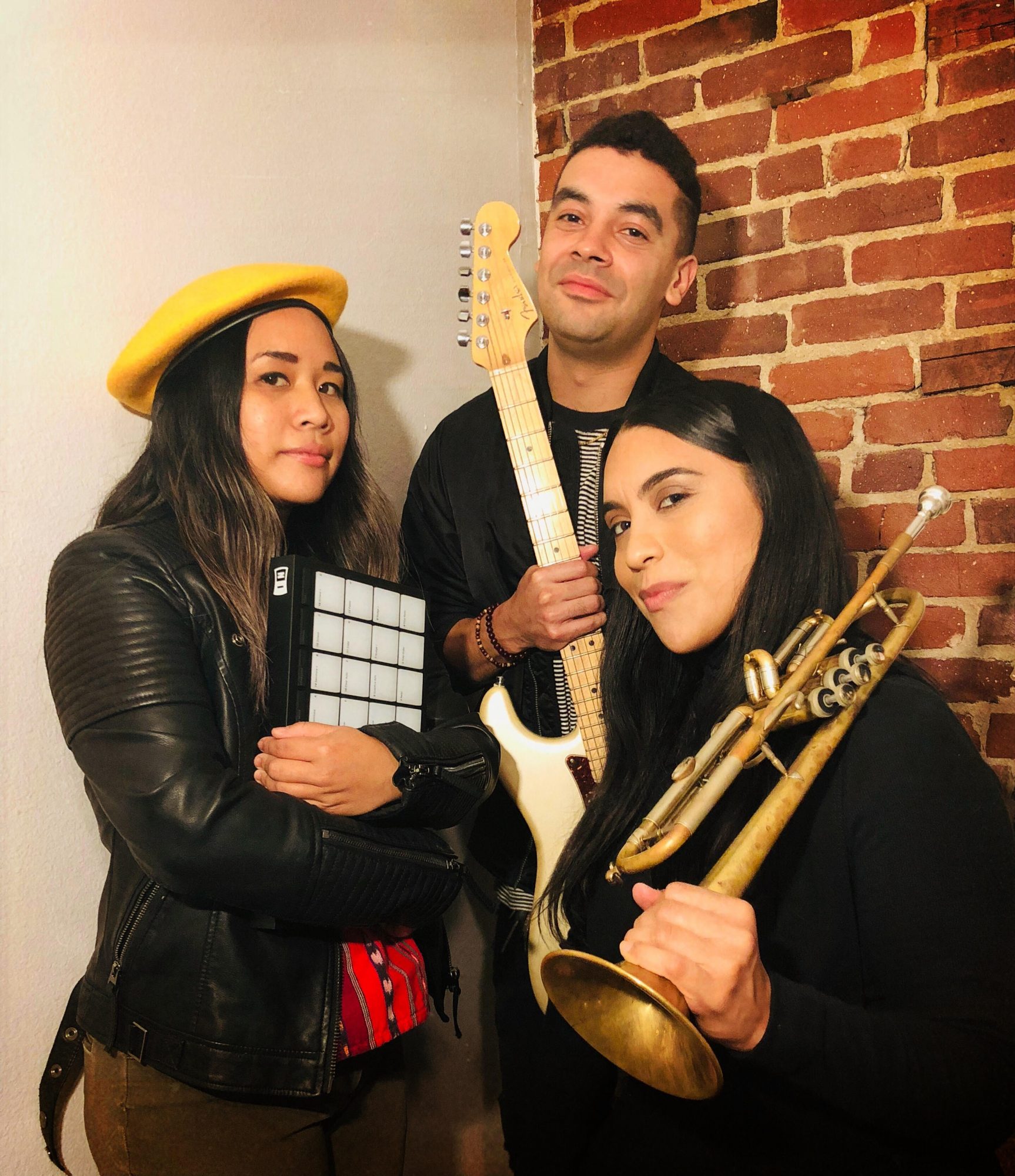 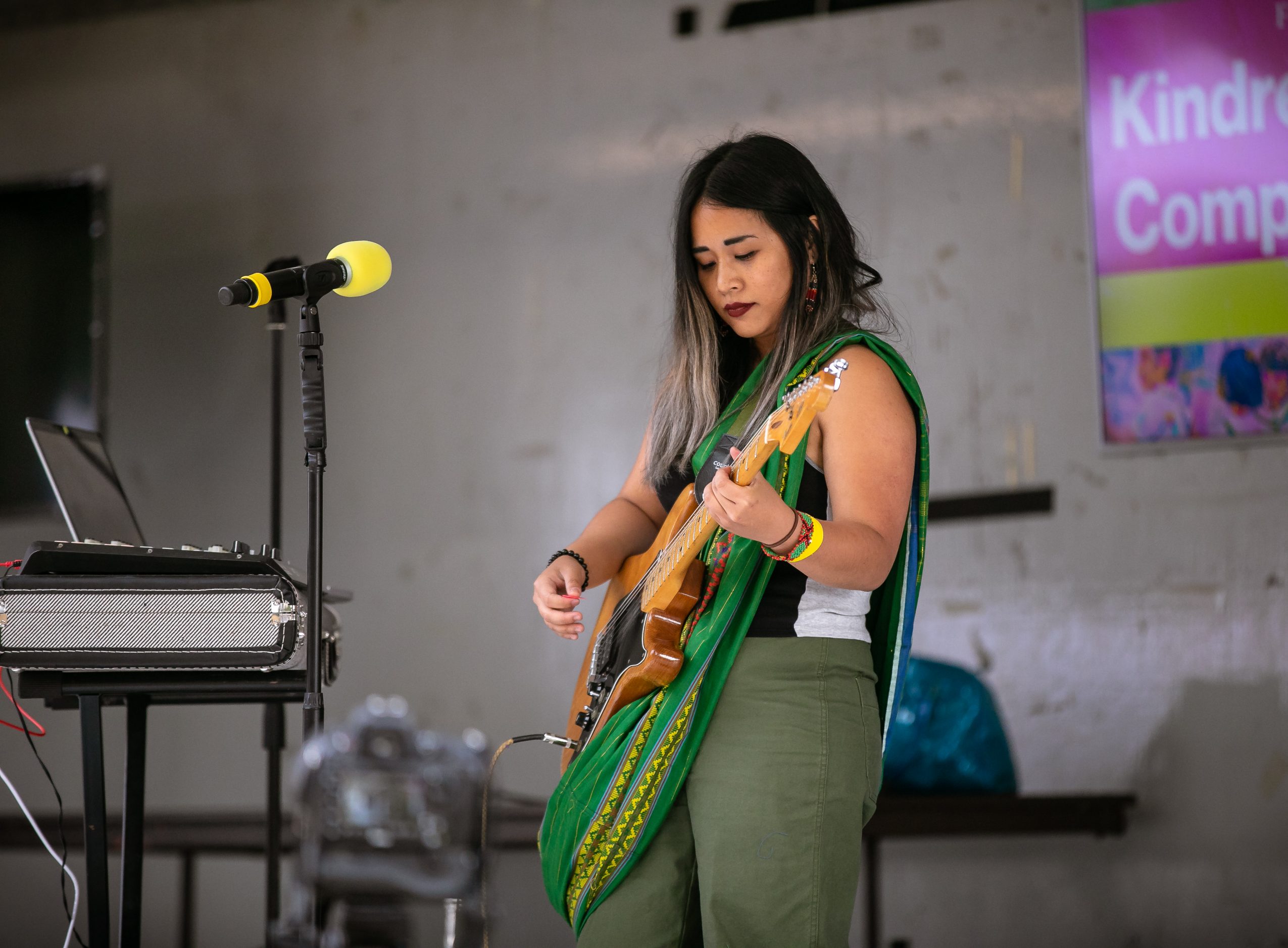