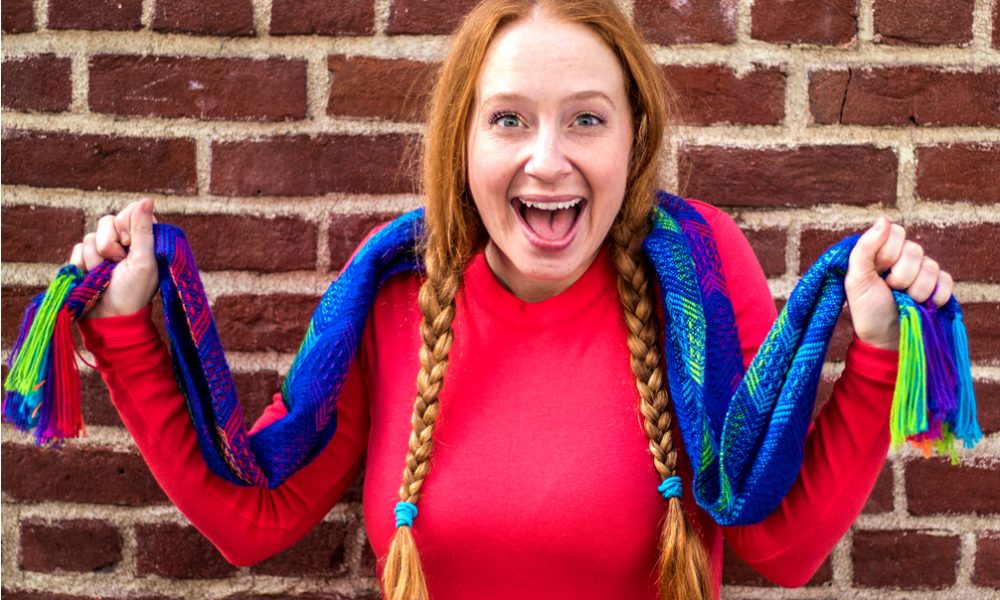 Today we’d like to introduce you to Mary Pascoe.

Mary, please share your story with us. How did you get to where you are today?
My mom recently sent me a box full of treasures from my childhood. She had saved nearly every single poem and short story I had ever written, every drawing, and all the various awards I had won throughout the years.

One of my favorites in the collection was something I created when I was 10 years old, in which I declared that I wanted to be an actress when I grew up, along with the fact that I absolutely adored Garth from “Wayne’s World” and that I wished to wield the power of magic.

While I still can’t seem to conjure potions at will, I do feel true magic each time I begin to write, or improvise with a team on stage in front of an excited audience, or unleash the music within through my voice, my guitar, or my keyboard.

That Garth-loving young Mary began acting, singing, and dancing with Battle Creek Junior Theatre in Michigan. Thanks to my loving parents, I was already living my dream.

Mrs. Joyce Gibson, my awesome 6th grade teacher, gave me my first shot at improvising. She had me secretly behave badly in class as a sort of social experiment, and I will never forget what a rush it was.

From there, I took pretty much every opportunity to sing, act, and write.

I was blessed to star in some incredible high school plays, wherein my drama teacher, Mr. Robin Nott, opened my eyes to a whole new world of creativity. I will always be so thankful for everything he taught me, and for believing in me so much.

I even won the State Championship Title in Broadcasting from The Michigan Interscholastic Forensic Association with the help of the magnificent Mrs. Laura Livingstone-McNelis.

While I attended Wellesley College in Massachusetts, I had the great opportunity to open for Ms. Jill Sobule with my original folk songs.

I began auditioning for professional film and television roles, studied Filmmaking, Women’s Studies, and Theatre, and became a licensed radio DJ and newscaster for 91.5 FM WZLY.

My world changed forever when it was announced that the Julia Roberts film “Mona Lisa Smile” would be filmed on our campus. Mr. Kevin Fennessy cast me as a featured extra, and while on set, Mr. Mike Newell promoted me to a principal actor, and even let me improvise on camera. What a thrill!

Today, I am a proud card-carrying member of SAG-AFTRA, regularly acting in TV and movies, and I have released three albums on my own record label, Crabble Dabble Entertainment.

I have also had the great pleasure of performing stand-up comedy at many wonderful venues, including The Comedy Store, Flappers Main Stage, and The Ontario Improv.

I generally sing funny songs and do zany characters, which you can also find on my podcast, “Mary Gets It”, on Apple Podcasts and YouTube.

I still love Garth, and I’m so happy to say that Mr. Dana Carvey now follows me on Twitter and SoundCloud!

We’re always bombarded by how great it is to pursue your passion, etc – but we’ve spoken with enough people to know that it’s not always easy. Overall, would you say things have been easy for you?
The truth about showbiz (for most of us) is that, for many years, you have to spend a lot more money on your craft than you will be able to earn back.

I have had more than my share of struggles through the years, but I am blessed to have the most caring support system in the world.

I don’t know if it’s fair to say I was ever truly homeless, because so many incredible friends opened their doors to me and my fur children in our times of need.

I am forever thankful for the kindness and hospitality of Tony Santiago, Melissa Winn Houchen, Mike Hallmark, Frank Howell, Tom Cosolito, Kira Carino, Cecilia and Davey Horner, Ryan O’Neil, Denny Brooks (Rest In Peace), Ciara and Jason Boyce, Cory Pearman, and many more lovely folks who have made this path so much smoother for me.

Also, my family is truly the greatest in the world, and they always help me so much in so many ways. I feel teary-eyed just thinking about how much they have all sacrificed for me, and I pray that someday I will be able to repay them for all they do.

My loving thanks goes out to every single person who has purchased music, tickets, or merchandise from me, and special gratitude goes to everyone who has donated money to help me stay in LA. I couldn’t do this without you.

We’d love to hear more about your work and what you are currently focused on. What else should we know?
I just wrote the pilot scripts for 2 original TV shows, along with a spec script for one of my favorite sitcoms.

Of course, I’ve found a way to work some funny songs into the shows. My love affair with comedy just continues to grow and branch off in all sorts of fun ways.

Several of my new songs will soon be hitting the market as well.

I am extremely proud of the fact that my music is splattered across the internet without the aid of a major label. I created my record label on my own, and I have complete artistic freedom, which is priceless.

Has luck played a meaningful role in your life and business?
Every single role I’ve had in TV and movies has been through luck. I am constantly submitting myself, but so are hundreds of other actors.

I have turned so many of my bad situations into positive works of art. In fact, my incredibly talented friend, McTwizz, and I just dropped a new dance track we created together, which embodies this very idea.

It’s called “Ascend”, and it details some of the roughest times in my life and how I turned that pain into strength. It is an anthem for all of us.

I thank God every single day for all these opportunities.

I am so grateful for everyone who helps me, from the Casting Directors and Comedy Bookers to the viewers/listeners and the random people on the street who inspire me.

Most of all, I am lucky to be blessed with a wonderful life partner and best friend, Mr. Ryan Conway, who keeps me smiling every single day. Whenever I feel stressed or doubtful, he lifts me up and says, “You got this,” and that’s all I need to hear. 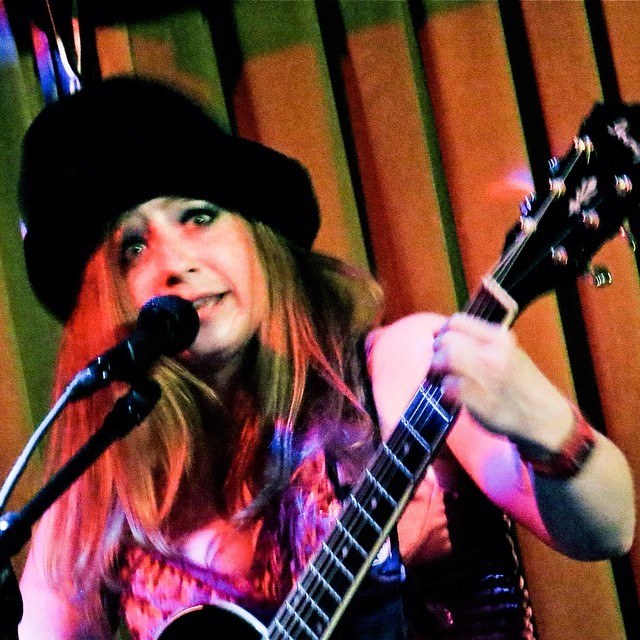 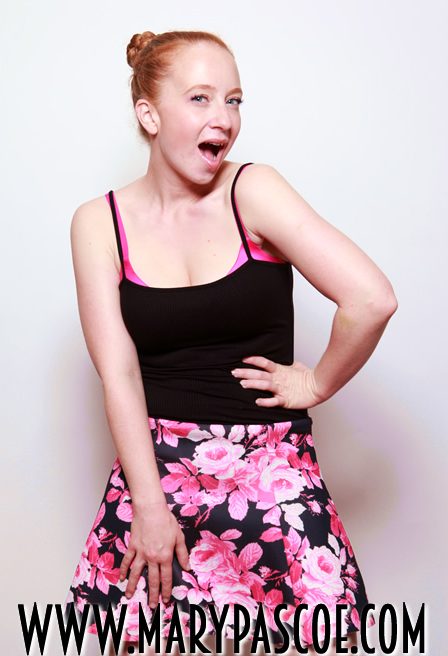 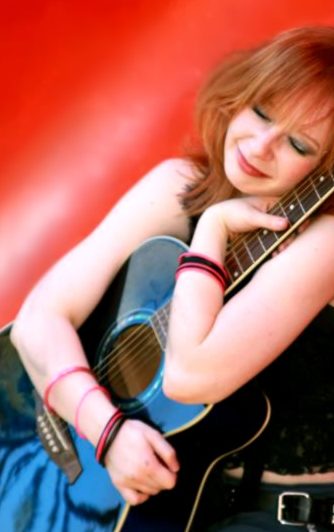 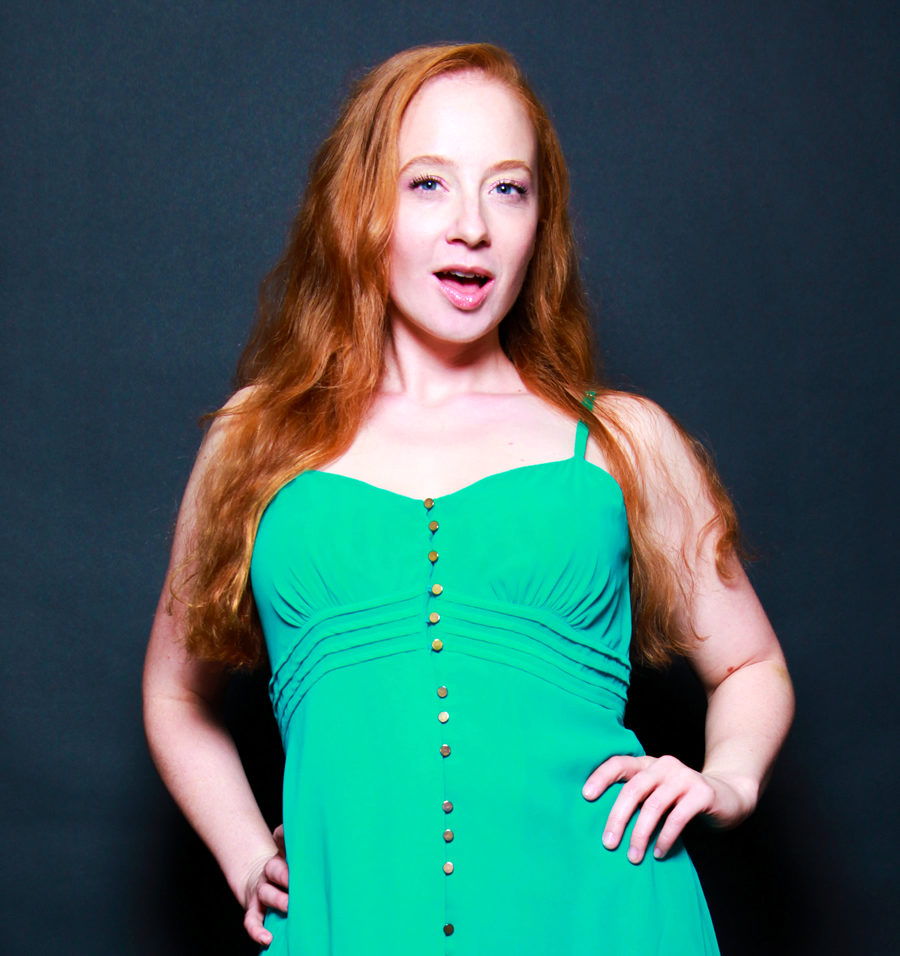 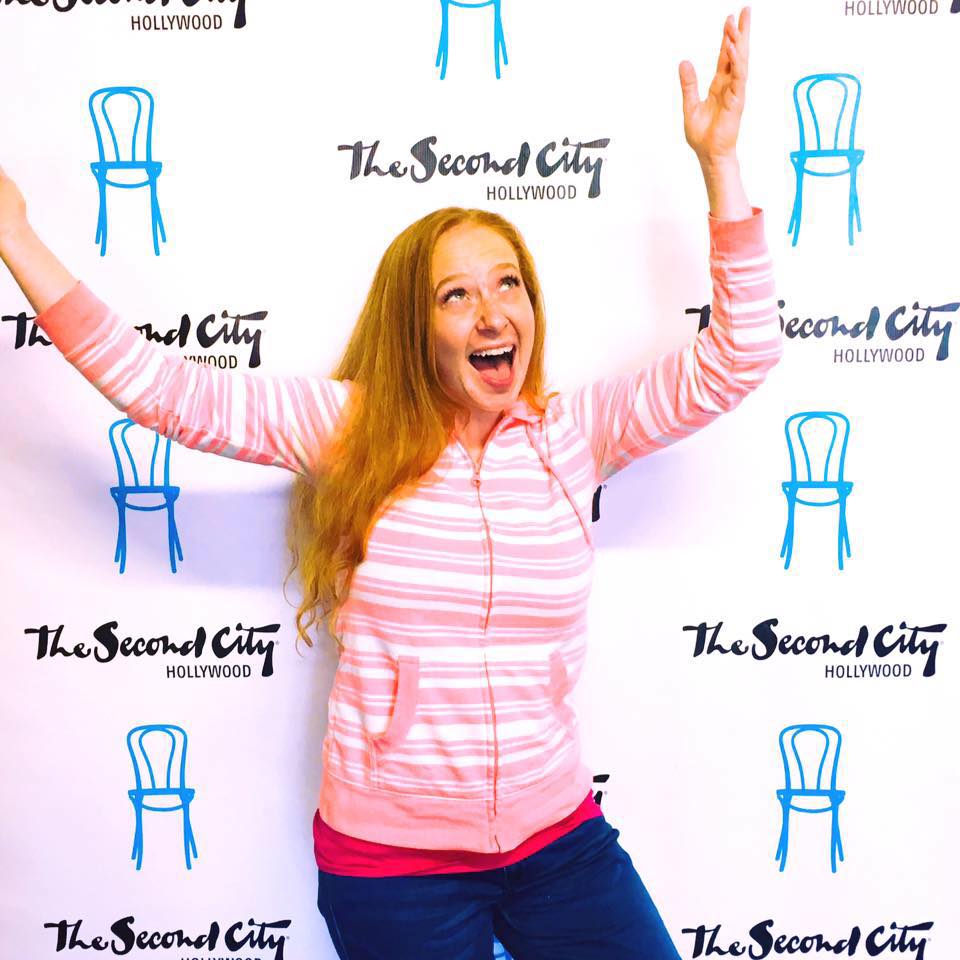 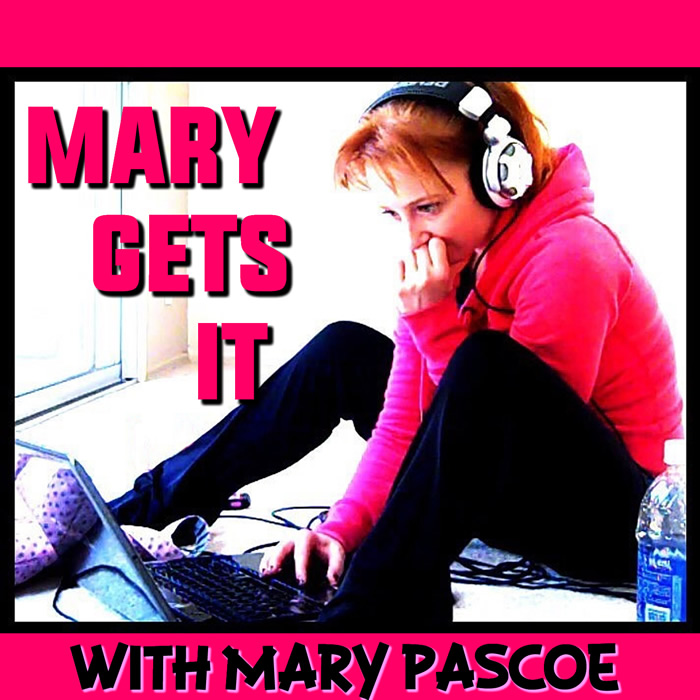 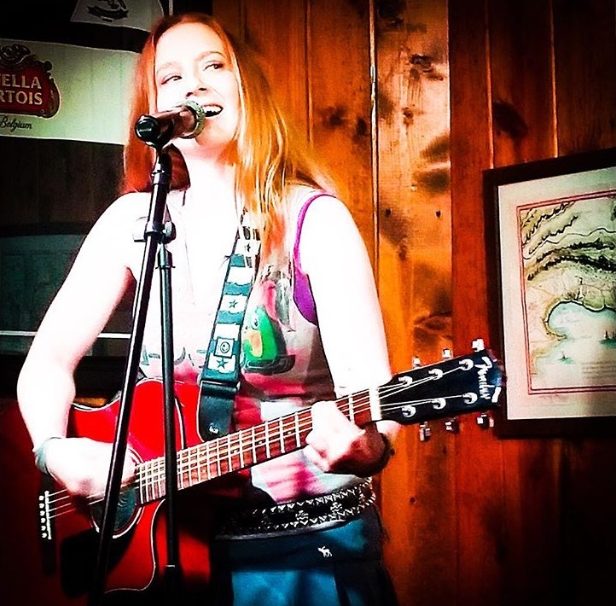