Meet Mars Wright of Life on Mars in Downtown 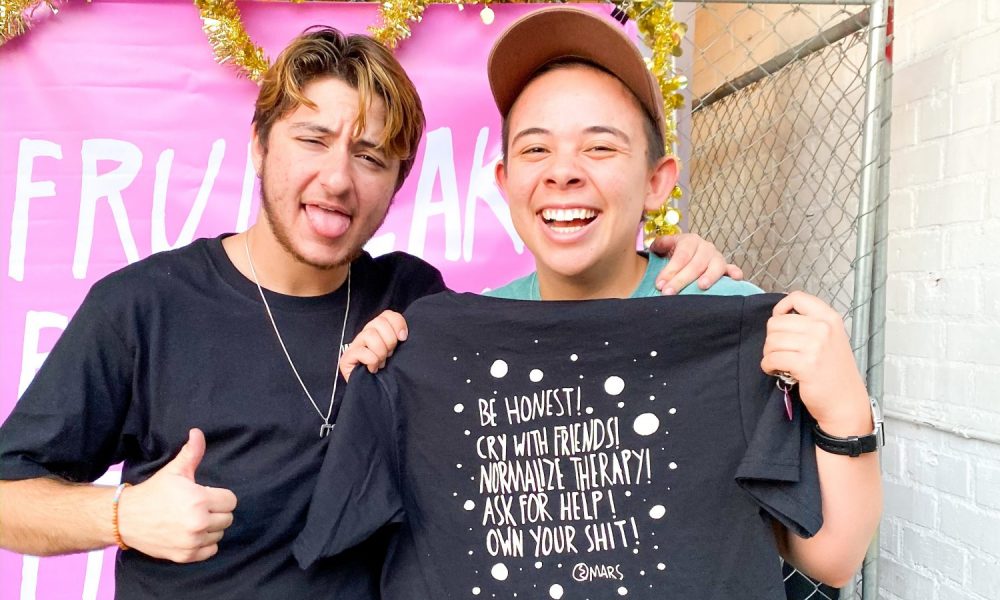 Today we’d like to introduce you to Mars Wright.

So, before we jump into specific questions, why don’t you give us some details about you and your story.
I moved to LA after graduating college in 2017. I moved to LA so that I would be able to transition from female to male safely. After moving to LA and coming out, I started getting involved in the local LA queer community. At the time, I was working at a really toxic job doing something I wasn’t very passionate about and all of a sudden, I just decided I couldn’t do it anymore and walked out. I had studied fine art and design in college. I was looking through my notebook and found a page where I had just written down “trans is beautiful, femme, masc, boys cry, love being queer, switch, end toxic masculinity, and won’t be erased” in cursive and it just really spoke to me. That’s when I decided to create a collection of art and clothing called Life on Mars. The goal was to create a physical representation of the safety one can find in themselves and in their community, whatever that be. The fact that you couldn’t really read what was written in cursive without the person telling you created this interaction where you could disclose your queer identity in a safe way if you wanted.

At that time, I was in a modeling shoot for Radimo, a queer clothing line in Los Angeles, and Dero (a queer investor) heard of my idea and offered to sponsor the first batch of shirts! I knew I had to give back and decided to donate 25% of the proceeds from any of my collection to the Trans Lifeline – a suicide hotline for Trans people. From there I went to the Print Shop LA, a queer owned print shop and collaborative space in Chinatown, and started to hand screenprint 50 shirts with my writing on it not having any clue if people would want them or if this was a huge mistake. I released them a few days later with just my venmo link and a promise to send random strangers on the internet a shirt and people loved them! I was so surprised! I sold out within 24 hours!

After that success, I was still struggling to survive as most artists in LA do. When I went to the post office to ship all of my shirts out I noticed the to and from stickers and I took a huge handful. I was really struggling with what my purpose was and going through a difficult breakup so I wanted to put stickers up in my neighborhood to remind myself to literally get out of bed. I drew things like cry it out, the world is always changing, be patient, and keep going and stuck them on my walk to the grocery store and laundromat. I took pictures of the stickers and people seemed to really relate to needing to find purpose and to trying to ask the important questions. I drew 100 stickers in the next ten days and filmed all of it. Then I released those, I had figured out how to set up a website for myself now, and those sold out within HOURS of me posting them. I still get sent photos of them around people’s cities and it makes me want to cry.

From there, I’ve printed seven shirts with two re-releases, one print, one tapestry and a bunch of stickers, all limited edition and made by me.

In conclusion, Life on Mars is a way for me to share my art and help people feel safe and heard in a world that so often tries to invalidate and put us down. I was reached out to by someone who got a shirt and wore it to school. They hadn’t come out yet and when they wore it to school someone else noticed what it was and from there they both knew they were safe and kind people. Now they’re dating!!! and have been for over a year.

That’s what Life on Mars means 🙂

Overall, has it been relatively smooth? If not, what were some of the struggles along the way?
It’s been so difficult! There were days when I had .50 cents in my bank account and the only thing keeping me going was knowing that I was doing this for a greater good. That creating trans representation and fighting stigma matters more than anything to me. Being the representation I never saw could have saved me from my multiple suicide attempts and thinking my art might be able to make someone feel like they are seen and loved, that there is hope for a trans person, why would I do anything else?

We’d love to hear more about your work and what you are currently focused on. What else should we know?
It’s really just me Mars making art, mostly shirts but I did just expand into doing a lot more items by sourcing my printing through Threadless. I’m known for being a transgender activist and for creating art that helps trans people explain their life experiences. I donate 25% of the proceeds of all my work to the Trans Lifeline, a suicide hotline for trans people. What sets me apart is my mission to help trans youth feel seen and accepted.

Any shoutouts? Who else deserves credit in this story – who has played a meaningful role?
The people online who have supported me I don’t even have words to thank them. When I was at my lowest my internet family was always there for me. There is so much validity in internet friendships. Thank you to DERO for sponsoring the first batch and the Print Shop LA for letting me print there. 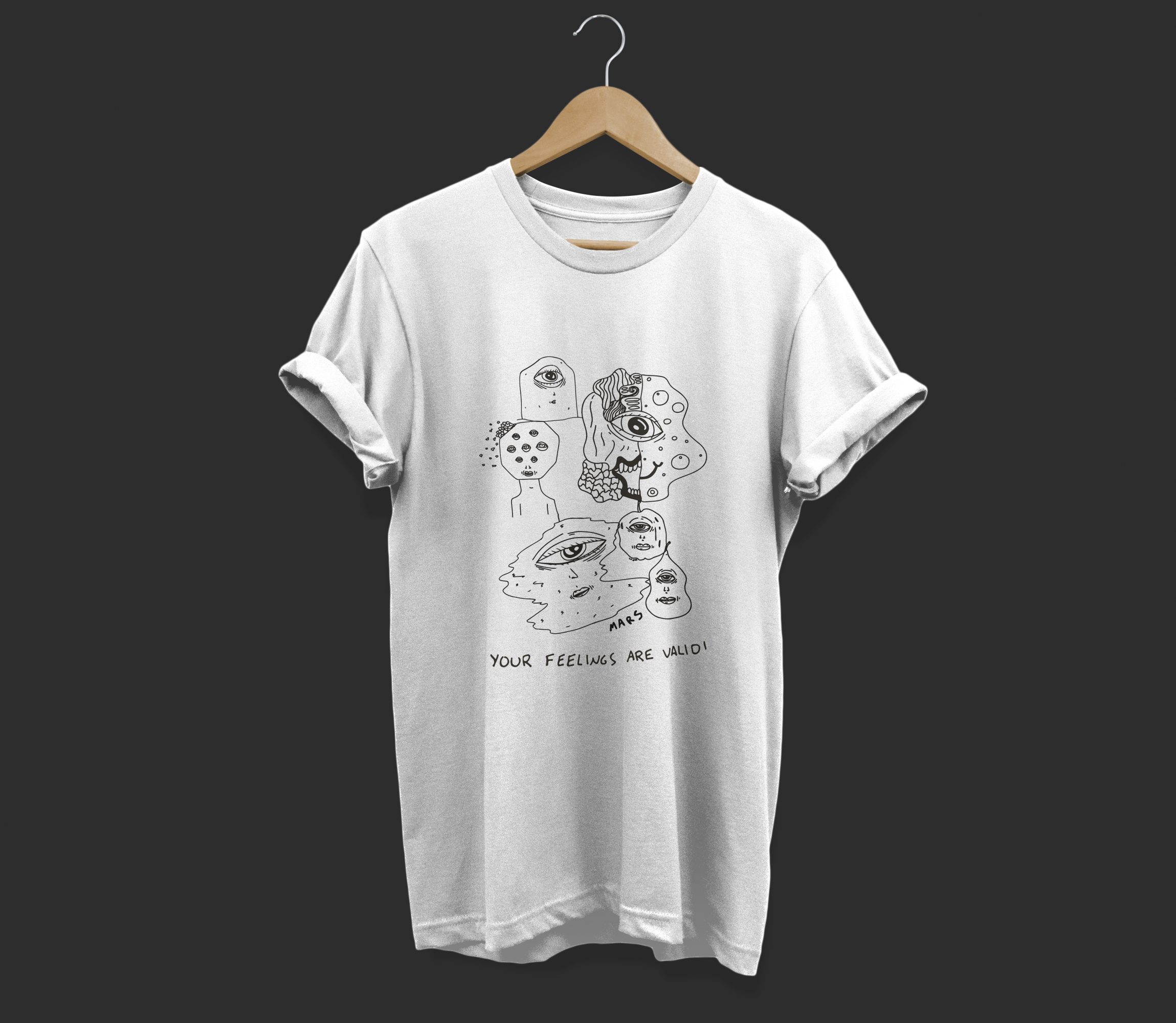 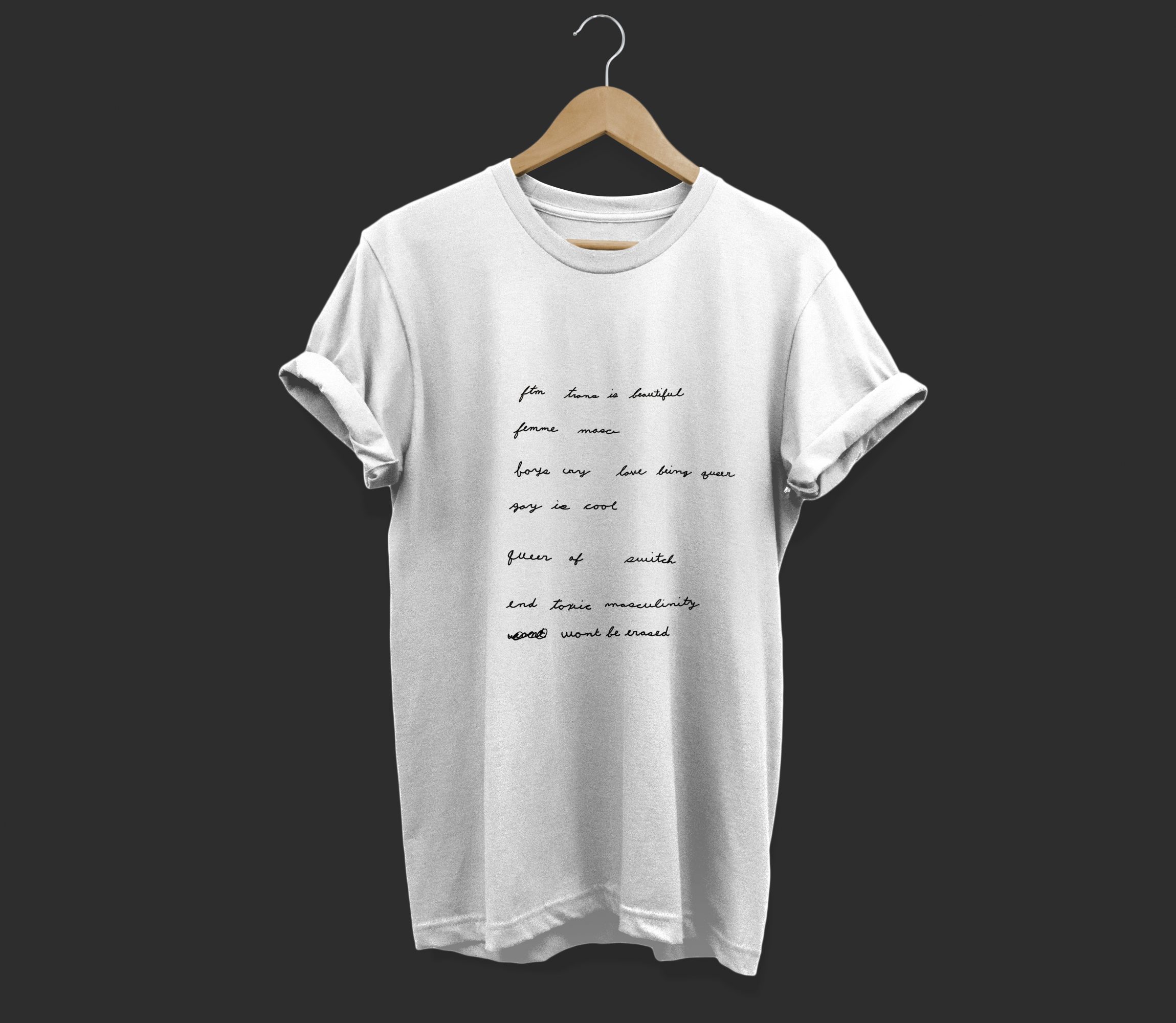 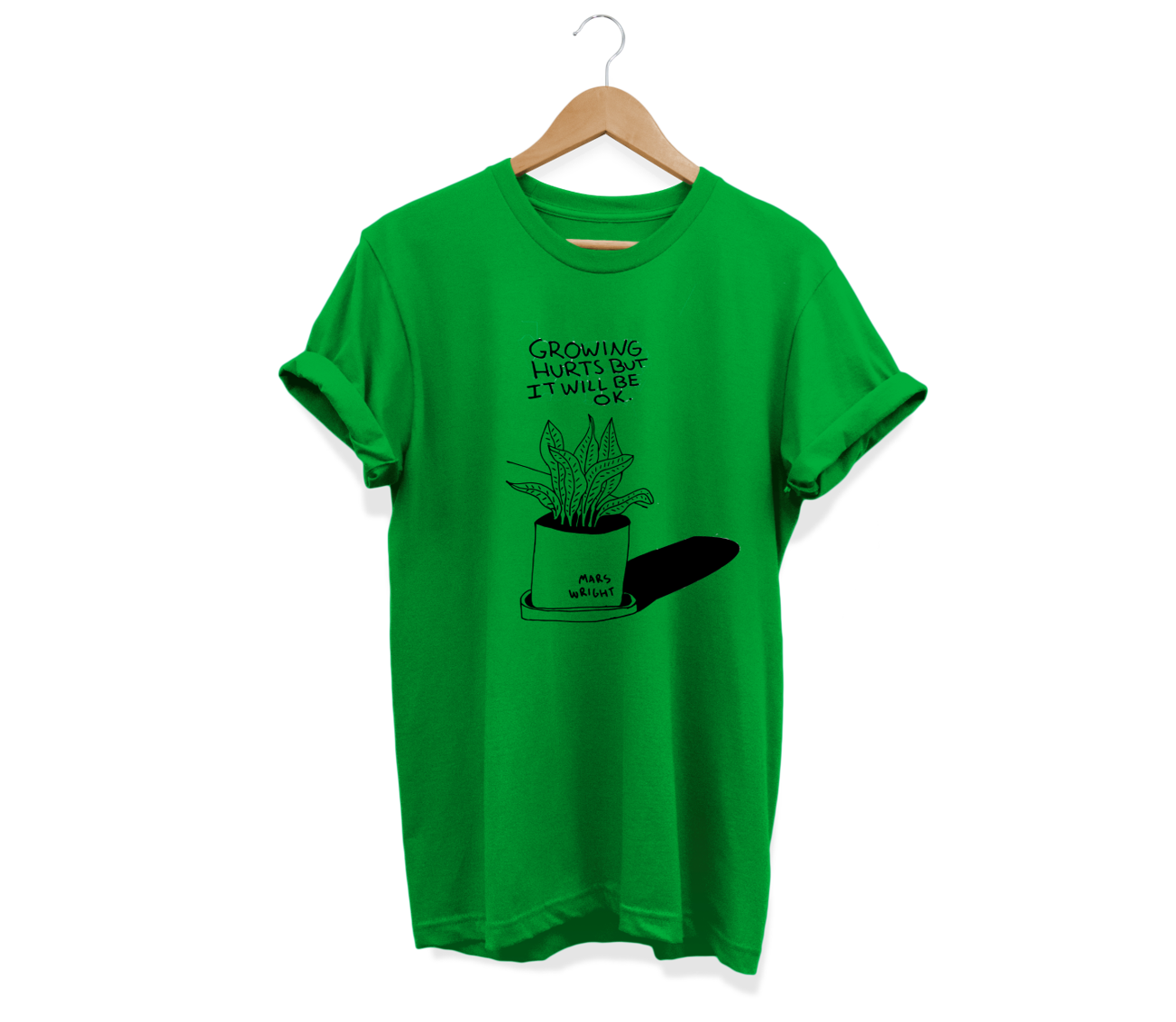 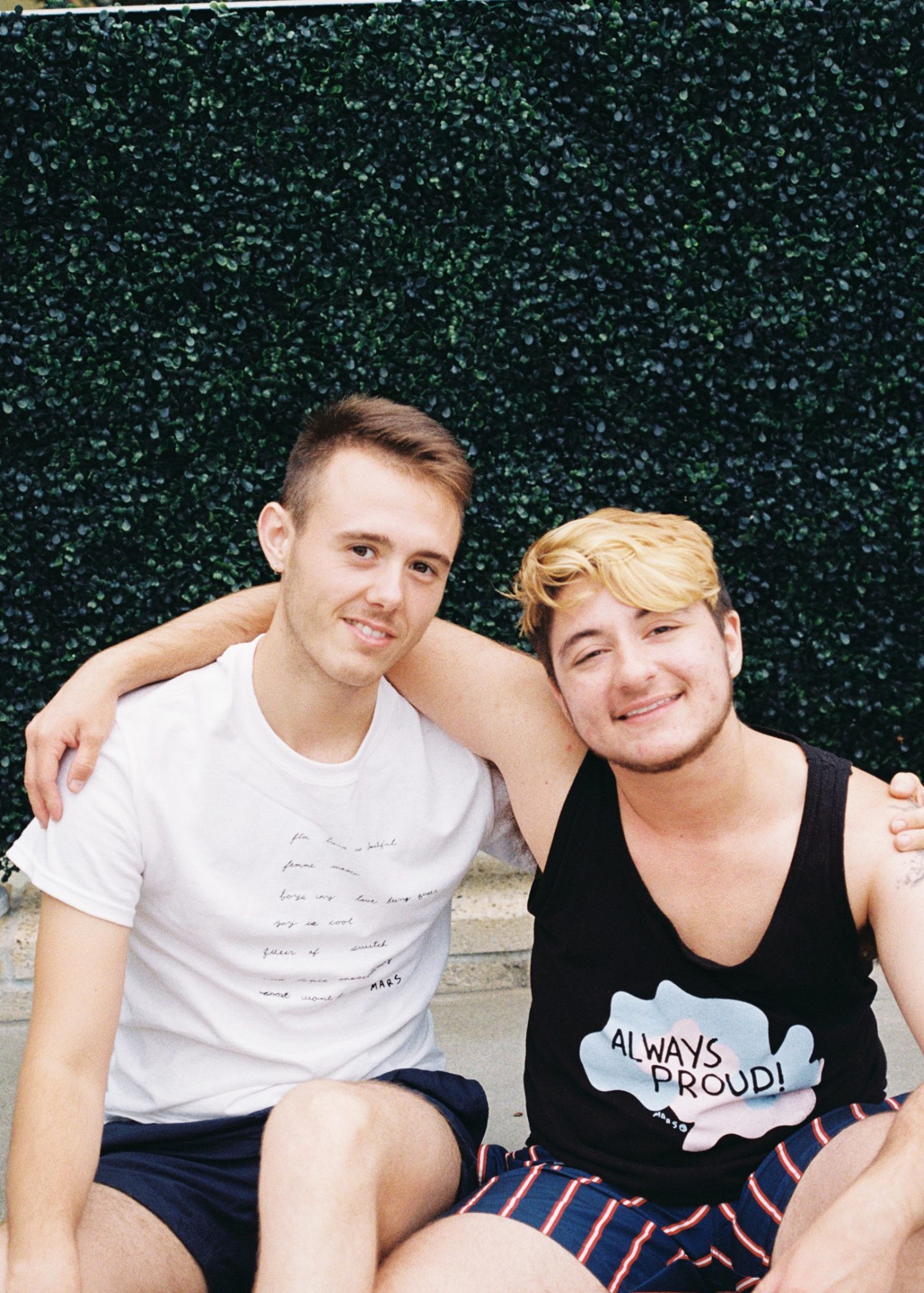 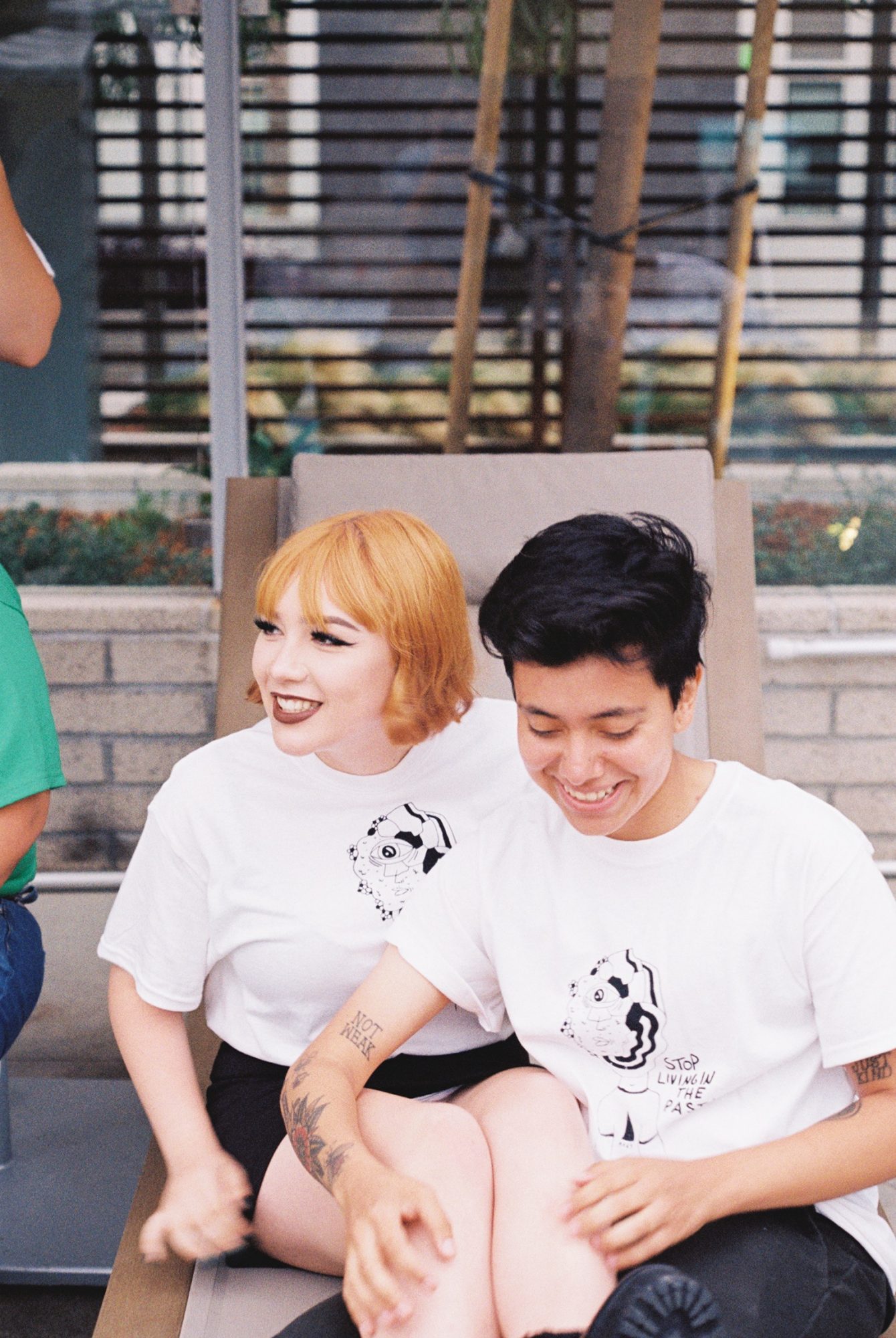 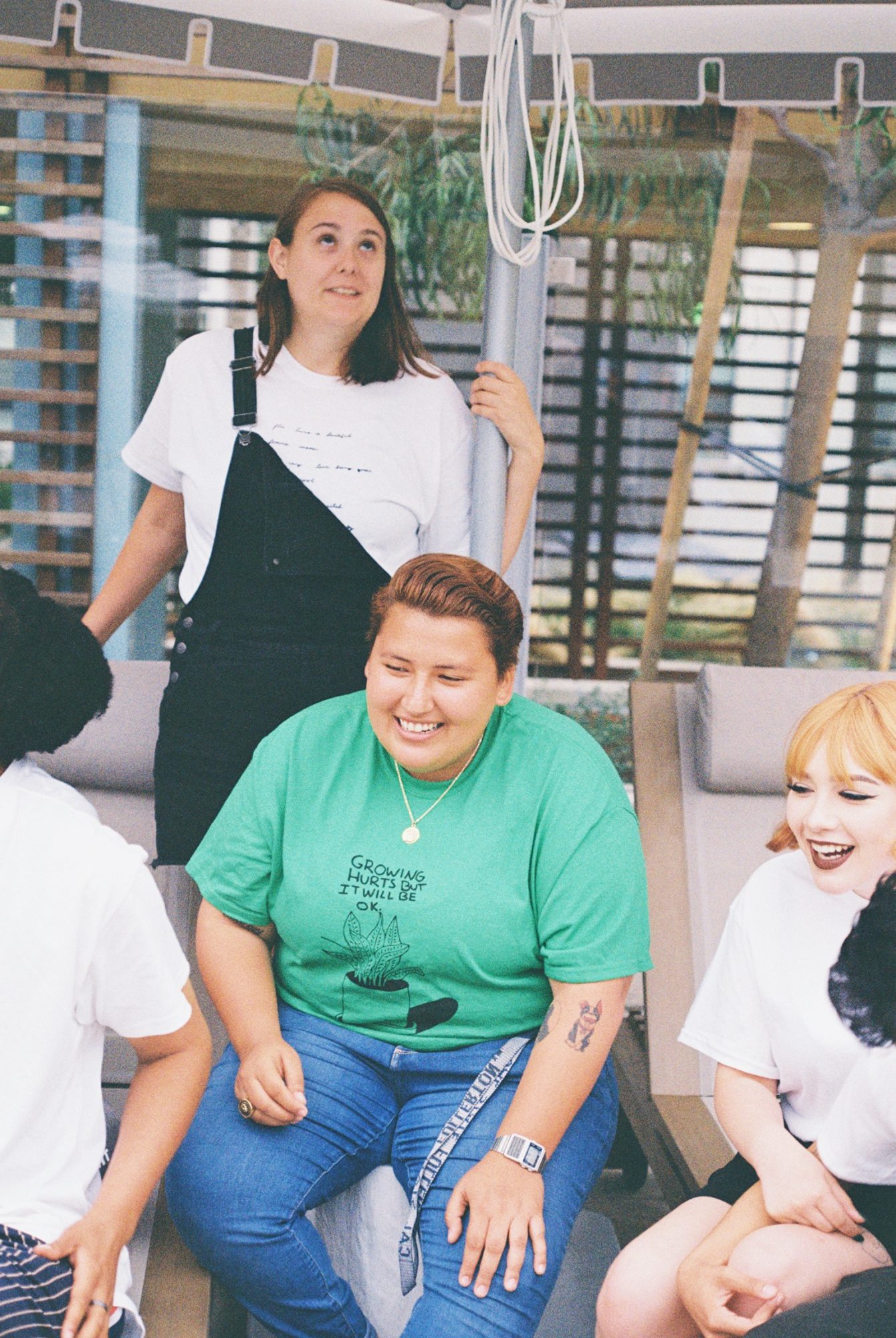 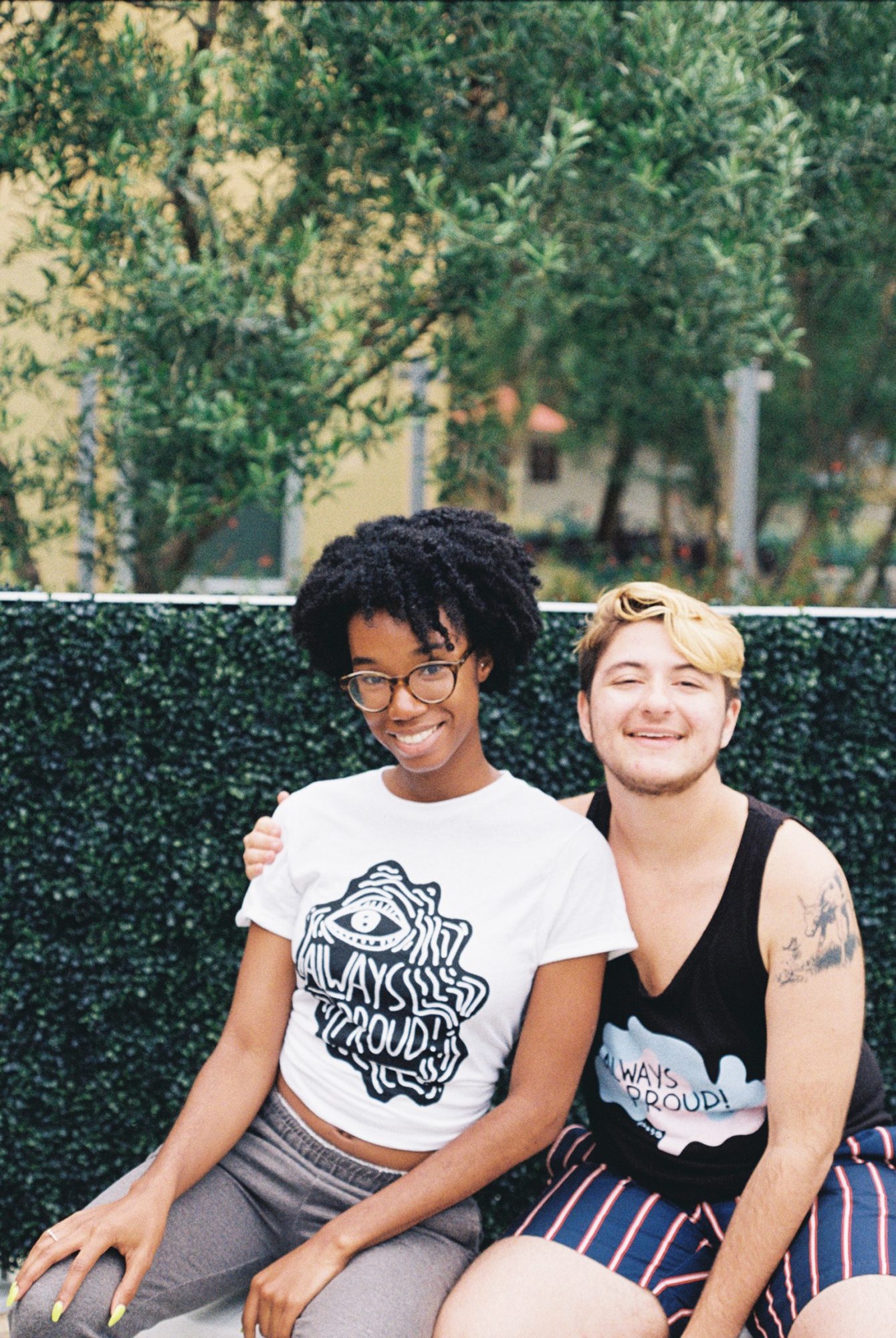 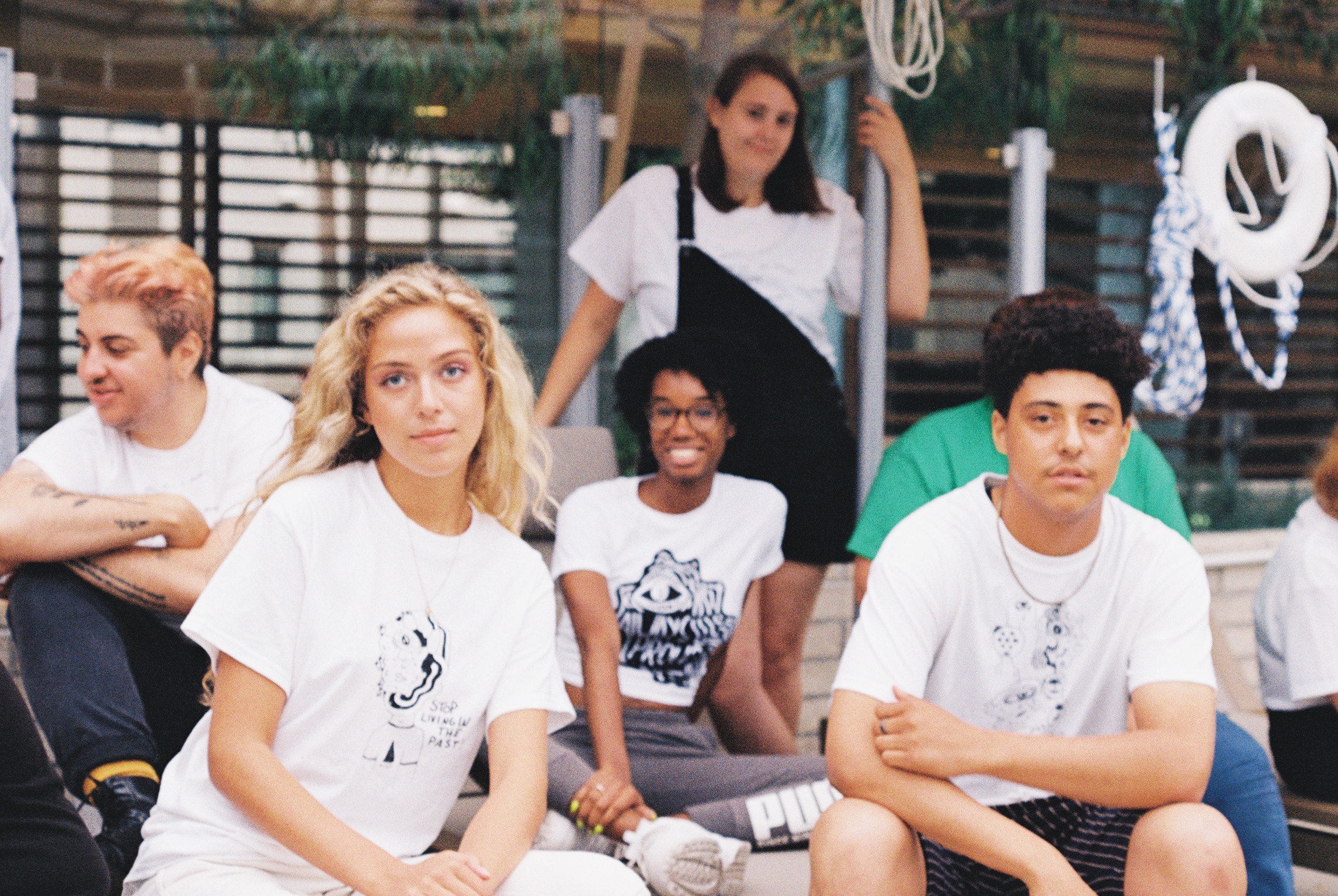