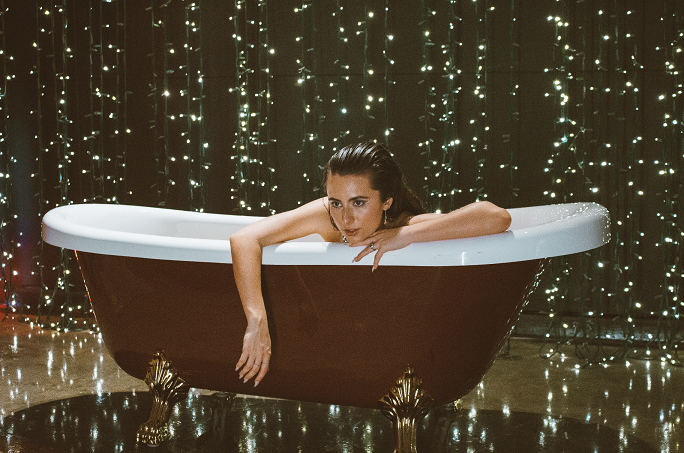 Today we’d like to introduce you to Madi Rindge.

Triple-threat singer-songwriter, artist, and producer, Madi Rindge debuted her self-produced single, 7.13 in 2019. It was the first of many that Madi not only wrote and sang but also engineered and produced. Currently releasing her next project through a series of singles, Madi will again be a producer on a number of the tracks. This project is headed in a much more R&B direction and the first one of a group of singles, called Good Love, was released last March 13th.

“As a twenty-something woman, I’ve been on a journey to discover myself and understand love. One night when I couldn’t fall asleep, I opened Logic and started producing. I turned on my mic, closed my eyes, and sang. All of the words sort of fell out. I don’t even know where they came from. But the result was “Good Love”, a song that represents something I’ve searched for my whole life without even realizing it. And although I’m on a constant, ever evolving journey to figure out what good love really means to me, it begins right here, with learning how to love myself first.”

Born and raised in LA, she grew up in a Grammy Award-winning household, where music and performance was always at the center of her life. She began playing classical piano at just three years old and by middle school was writing and performing original material.

While studying music business and performance at NYU, Madi released “Summertime.” It was picked up for film and tv placements, including an independent film at Sundance and Tribeca film festivals, and aired on radio stations Pulse 87 NY and Pulse 96.7 Las Vegas. Her self-directed “Summertime” music video was aired on Ellen Degeneres’ “EllenTube.”

After graduating from New York University, Madi moved back to LA where she wrote and performed duet “California”. Independently it accumulated over 500k Spotify streams and was featured on Indie Shuffle. She released “Naked” with Gil Glaze, which aired on Sirius XM. In October 2018, she performed for SoundCloud as an “artist to watch” playing songs from her debut EP, Just One, released April 1, 2018.

Additionally, Madi writes for artists based in LA (some of which are Grammy nominated). For the past year and a half, Madi has been performing an average of 4 nights per week around LA, building a dedicated fan base. Stay tuned with show dates, new releases and more at MadiRindge.com.

We’re always bombarded by how great it is to pursue your passion, etc – but we’ve spoken with enough people to know that it’s not always easy. Overall, would you say things have been easy for you?
It has most definitely not been a smooth road. I do believe a lot of good comes out of challenges, but the music industry can be both discouraging and so exciting all at the same time, which can be confusing haha.

I try to always remind myself to do whatever feels good so I can remember why I do what I do. A lot of people assume that because I have a dad who’s a Grammy Award winner, that my path was paved for me. That’s not the case at all. Everything I’ve done in LA, every show I’ve played, and all of the connections I’ve made have almost exclusively been of my own accord and I am extremely proud of that. This industry really tests the faith you have in yourself and your ability to trust that over everything else. Of course, I feel so lucky to have such a talented and hard working dad. It’s been such a blessing to truly see what this industry is all about. Growing up, I was able to understand how much work really goes into putting on one show or releasing one song for example. And regardless of the difficulties musicians face in terms of job security, pressure, and putting yourself on the line, I couldn’t imaging doing anything else.

Writing, performing, producing, and all things music feel like therapy to me. There’s nothing like having a creative outlet like music, to express yourself. There have been countless times where I resorted to music because I felt like I didn’t know who to talk to or I felt like nobody would really understand me. And that makes me feel safe and powerful.

It has only been in the past year or so that I’ve been making a full time living through music alone. I was able to quit my second and third jobs, which feels like a huge accomplishment. And I cannot WAIT to see what 2020 has in store 🙂

We’d love to hear more about your work and what you are currently focused on. What else should we know?
I am a singer, songwriter, producer, performer and musician. I also have built my own websites, do all of my social media management and posting, branding, marketing, PR, styling, release strategies, contracts, photoshoot curation, and management. It makes me feel really good having a solid understanding of what it takes to have an artist career but I’m excited to get to the place in my career where I can focus just on the creation of music and build a team that I know I can trust!

So, what’s next? Any big plans?
The biggest change I’ve faced is the direction of where my music is headed and becoming a producer myself. I have always been influenced heavily by rnb and soul music and I’m finally incorporating that into my own music. Everytime I write something with that feel, I get extremely excited. This year I’d like to open on tour for a large act and play some festivals. 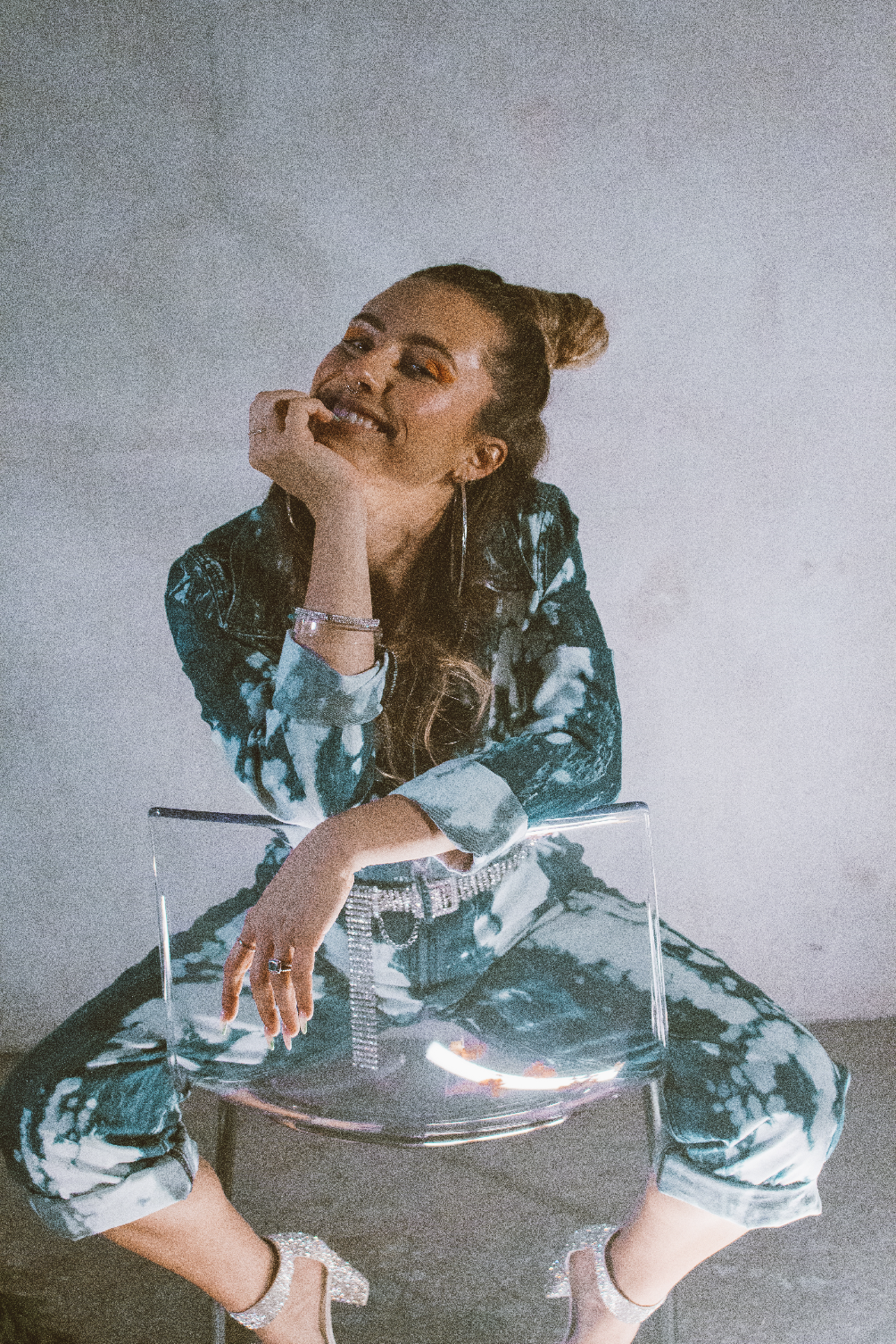 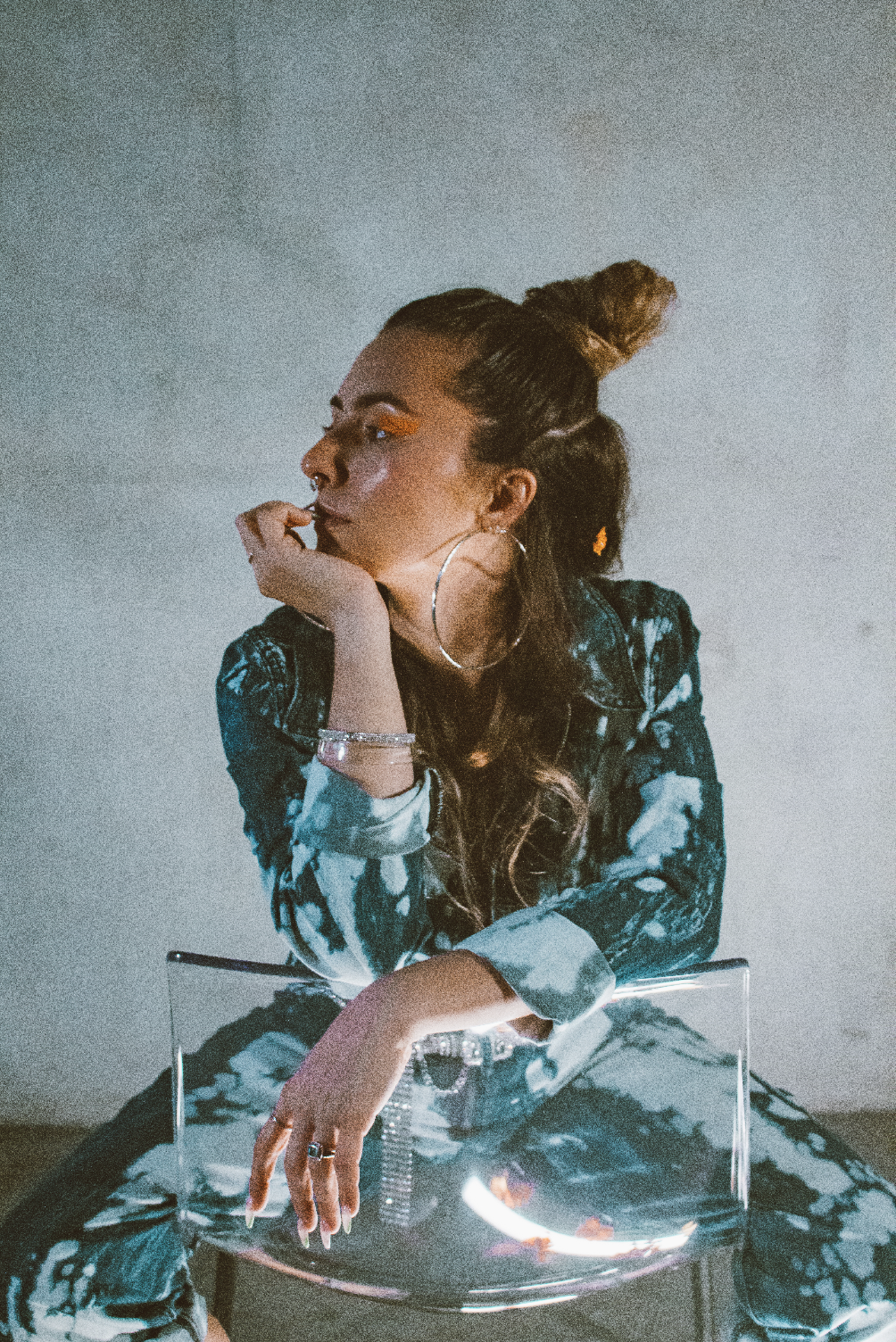 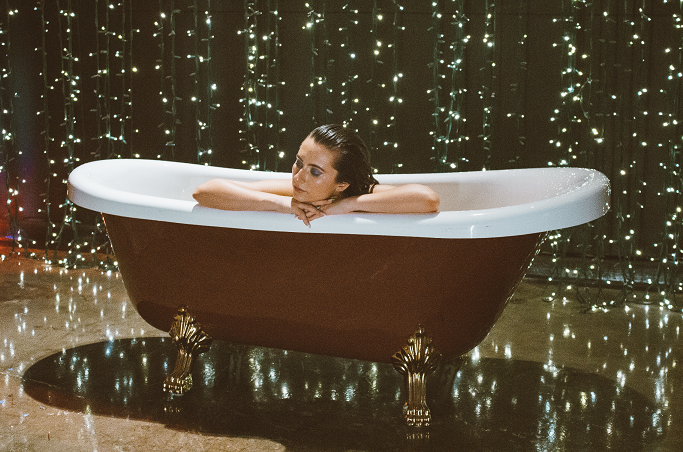 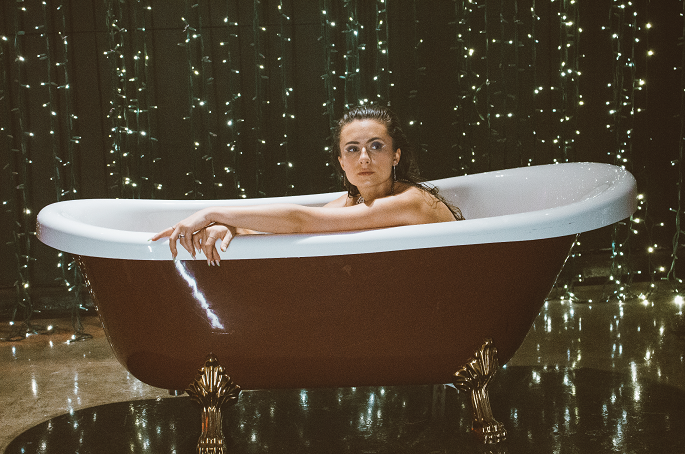 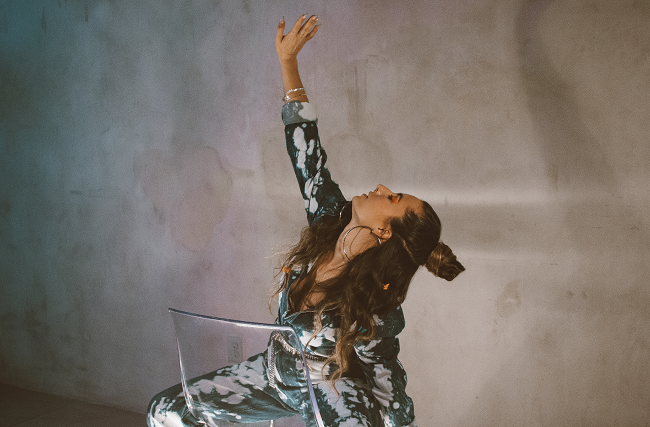 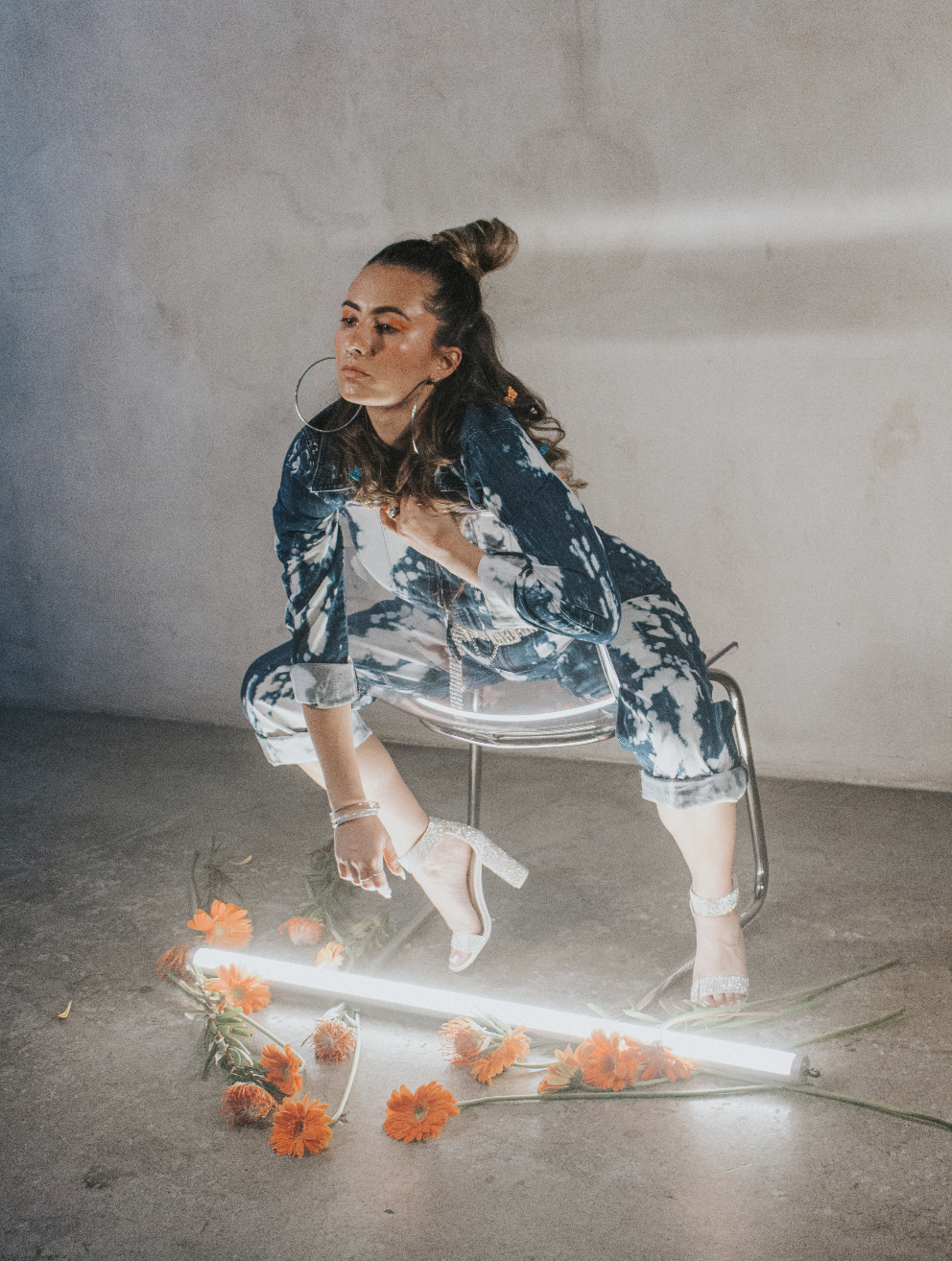 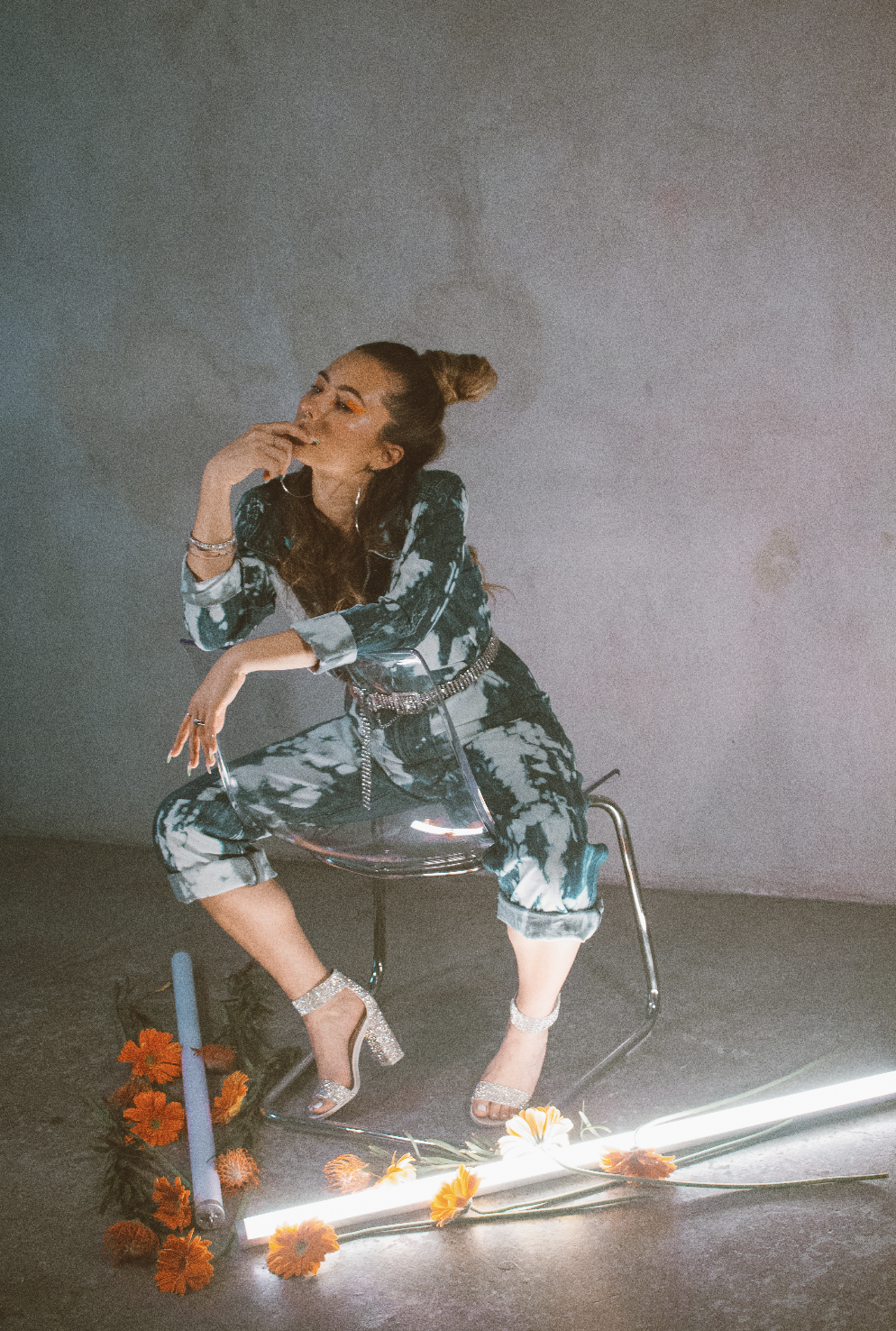