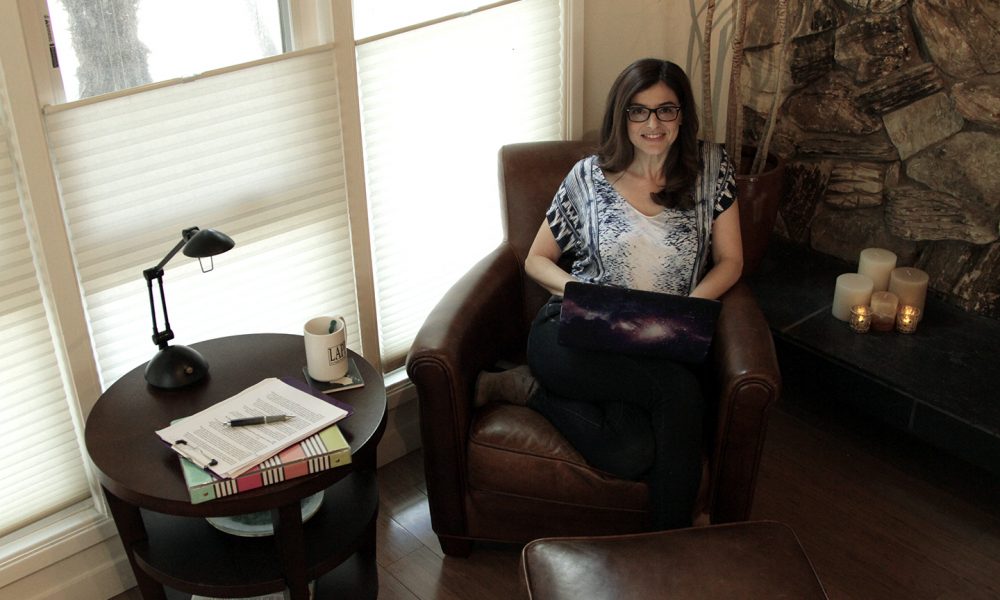 Today we’d like to introduce you to Wendy Woodhall.

Thanks for sharing your story with us Wendy. So, let’s start at the beginning and we can move on from there.
I’m a native Philadelphian who has been a proud Angeleno for about 24 years and counting.

I moved to LA to finish my last semester of college with an internship program ran through Emerson College and at its completion I had a week to find a job or I had to honor my return ticket home. Luckily, the employment gods shined on me and I began my first job as a publicity coordinator for the Miss Universe Organization where I had the opportunity to travel the world with beauty queens. (Talk about an amazing opportunity for a 21-year-old!)

Following my work at Miss Universe, I flexed my marketing muscles and entered the world of product placement where I eventually became manager of a small company and was in charge of placing our client’s products into film and television shows. This took me to all the major studios and various sets all over the city. From being so close to production, I was bitten by the production bug and began working in television for about 8 years. Starting as a talent coordinator, I worked on shows like the MTV Music Video Awards and some shows for the Travel Channel where I met my future husband, Woody who was working in the sound booth next to me. Over the next few years, I became a supervising producer for some of HGTV’s top studio shows.

My husband and I became a team in all aspects of our lives. Together we decided to support his interest in moving from production sound to post-production sound and over the next few years we set up our first post audio studio in West Los Angeles.

Eventually, I hung up my producer’s hat along with the long hours and began working as the operations manager for our studio, Allied Post Audio in 2004. Over the years as the studio grew we moved further west to Santa Monica where we eventually built our own studio space in an industrial complex that was used as an ambulance garage. We also had a baby during the construction of the new facility.

One of the things I began to notice was how many filmmakers came through our door with tons of questions about the post-production process. Post in general and audio post, in particular, was often seen as a “dark art” that no one really understands completely and so my husband and I started a group, Los Angeles Post Production Group, in our studio’s lobby one Wednesday night a month for people to come and learn about all different aspects of this “dark art.” As a bonus, it brought new people into the studio who were able to tour the facility, meet us and see what we had to offer.

Within the first year, the meetings were so well attended that we had to move to a larger location. There was obviously a real hunger for these editors, colorist and sound designers who often had somewhat solitary professional lives, working alone in dark rooms, to come out and feel a part of a community especially in such a big city like Los Angeles.

As the technology and the media landscape changed we were able to join forces with another Santa Monica based audio studio, 48 Windows and now, Woody and our Allied Post clients work out of that amazing space delivering hundreds of hours of programming.

While I no longer needed to handle day to day operations with Allied Post, I still continued to handle business development and bookkeeping and I was freed up to dedicate more time to growing our LAPPG organization. I began approaching companies for sponsorship and was successful at bringing top tech companies on board over the years. These industry leaders understand the value of bringing people together face to face rather than solely online.

So, as we celebrate our 10th year this June I’m so thankful for this amazing 4,500-member community we created here in this vibrant city. From events like 6K workflows with David Fincher’s post team for the film “Gone Girl” to creating a post-production centric film festival, LA Post Fest, held at the Aero Theater we’re always busy bringing our members the latest, trends, tools and technologies while creating opportunities for them step out of their dark isolated rooms to socialize and network.

Great, so let’s dig a little deeper into the story – has it been an easy path overall and if not, what were the challenges you’ve had to overcome?
Does anything ever really go according to plan? Well, I can tell you from someone who has produced monthly events for the past 10 years there is always some bump in the road but it almost always gets handled and sometimes it even turns out better than originally planned.

But in terms of the journey to working as an Executive Director for an industry organization, yes there were lots of bumps and turns in the road. For me, I found my work as a freelance TV producer required extremely long hours, an inflexible schedule and a continual uncertainty of shows getting canceled or going on hiatus.

So, when I eventually decided that this wasn’t what was going to work for me as I eventually wanted to start a family. I ended up setting a clear intention for what I did want. I wanted a job where I was still involved in the industry but could set my own schedule and answer to myself, where I would be able to fully participate in my child’s life, have a reasonable amount of stress and where I could fulfill a need on our industry while building a strong community.

The truth is what I was looking for didn’t really exist. So eventually I decided that I would have to create what I wanted. Although it took a while, I think setting the intention was key. But don’t be mistaken, owning two businesses means you’re always working in some way. Especially in this day and age when you have your work with you 24/7. There is no “clocking out.” So, it requires probably even more discipline than when I worked in an office for someone else. It also requires self-imposed “unplugged time” but that one is a skill I’m still always working on!

Please tell us about Los Angeles Post Production Group.
My husband and I started Los Angeles Post Production Group in 2008 which has grown into a 4500 member community of post-production and production professionals. We’ve produced over 130 live events from meetings to parties to workshops to a post-production centric film festival, L.A. Post Fest. Each month, we open the doors to people regardless of their skill or experience level to come and explore new technologies, various workflows, case studies, new product launches and tips and advice from industry leaders and experts in a supportive and welcoming atmosphere. It’s not uncommon for a student to be sitting next to an Emmy Award-winning editor and networking with them.

With incredible partners like Adobe, Vimeo, Shutterstock, Zeiss Camera Lenses, Blackmagic Design, OWC, LaCie, Glyph Production Technologies and iZotope, we are able to stay on the cutting edge of what’s happening in the industry. Our members get exposed to many of the key tools and technologies they can use to make their jobs more efficient and effective and to get to the business of telling compelling stories.

There are many great organizations like ours in the city. Since LAPPG’s inception, we wanted our group to be open to anyone with a passion and interest in filmmaking and we’ve always been platform agnostic which means we cover the whole arena, from production to post-production, not just one set of software tools or one type of camera.

In recent years with the significantly shifting digital landscape, the worlds of post and production have been brought much closer together so we try to provide information from end to end. It is important for producers and directors to know what is going on down the road and vice versa.

Most of my work entails handling the day to day operations including wearing as many hats as I can possibly stack up there on my head including that of an editorial director for the group where I plan, book and produce /monthly presentations and panels. I work closely with my partnership director to bring as much value as possible to our industry-leading partners, who are amazingly loyal and passionate. I also handle our social media and website as well as all new membership business and business transactions and bookkeeping. Plus, I have my hands deep in marketing and PR for the organization. My husband and partner is an amazingly technical person who works hard to keep me up and running as well as produces and edits all our YouTube videos from our meetings and is the face of LAPPG at our meetings in addition to his incredibly busy work as a supervising sound editor for television and film.

I recently overheard someone say to a new member at our last meeting that have been coming to LAPPG for 6 years and that the group was like family to him. I think that is one of the things that we are able to deliver in this sprawling city. We’ve created a place where you get to see people each month that are in the foxhole with you and know what you go through workwise but also want to help each another and elevate the work they all do.

I am also proud of the outreach we’ve done over the years, bringing students to our meetings to provide them an opportunity to meet working industry professionals that can help mentor or even hire them some day. We purposely make the entrance fee as low as possible to allow access to anyone who has an interest and passion for learning and becoming part of this community. I also love how the whole community rallies at the holidays and collects hundreds of cans for our annual food drive for our local community organization, Westside Food Bank.

Do you look back particularly fondly on any memories from childhood?
I remember when I was 9 years old, my family went on vacation to Hawaii but we spent a few days exploring Southern California and on the first night at the hotel in LA, I woke up around 4 am (7 pm my body’s time) and exclaimed “Oh my goodness, oh my goodness we’re in California!” and then, I proceeded to crash down on my pillow for another couple hours of sleep while my family, who were awakened suddenly due to my over enthusiastic outburst and couldn’t get back to sleep. It’s still that excitement that I felt on my first trip that keeps me living in this great place! 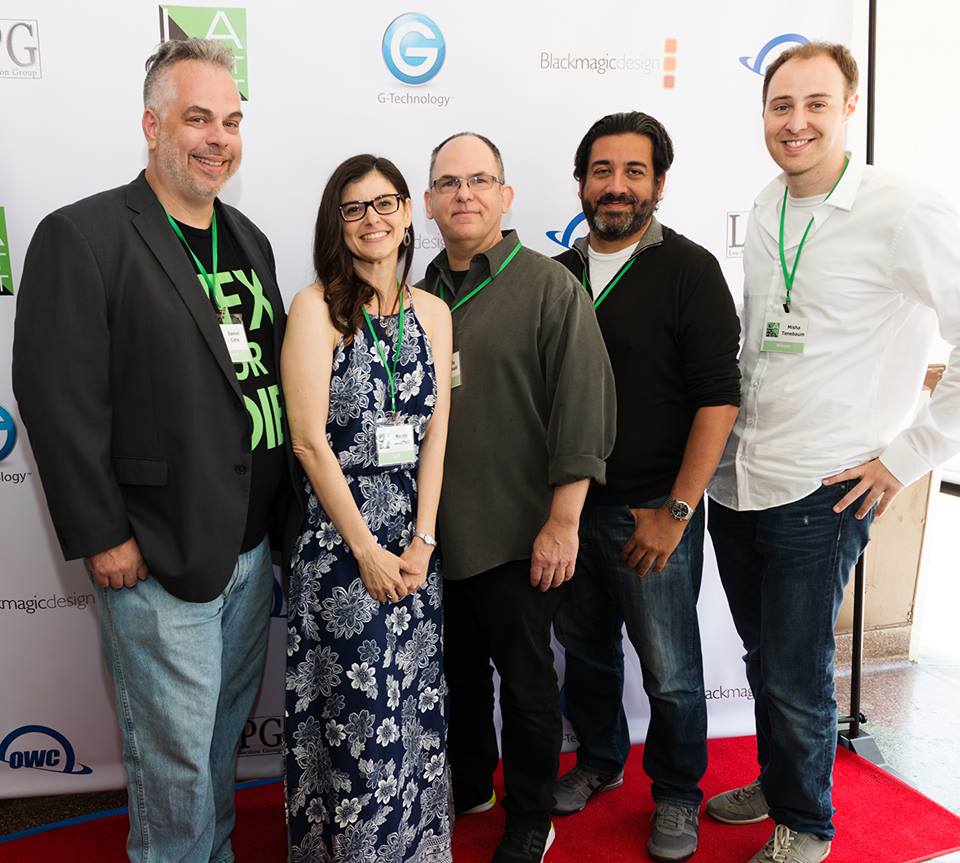 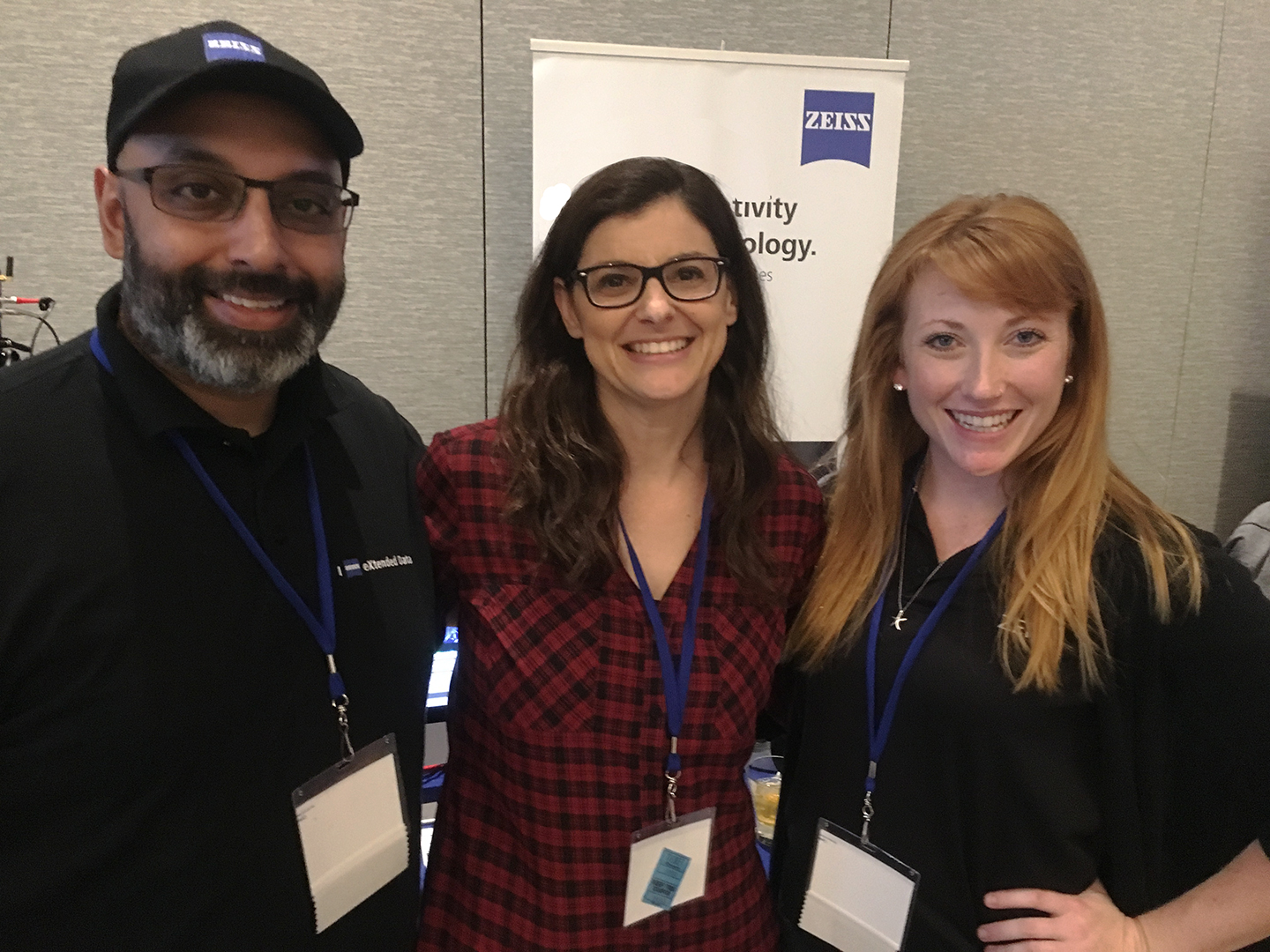 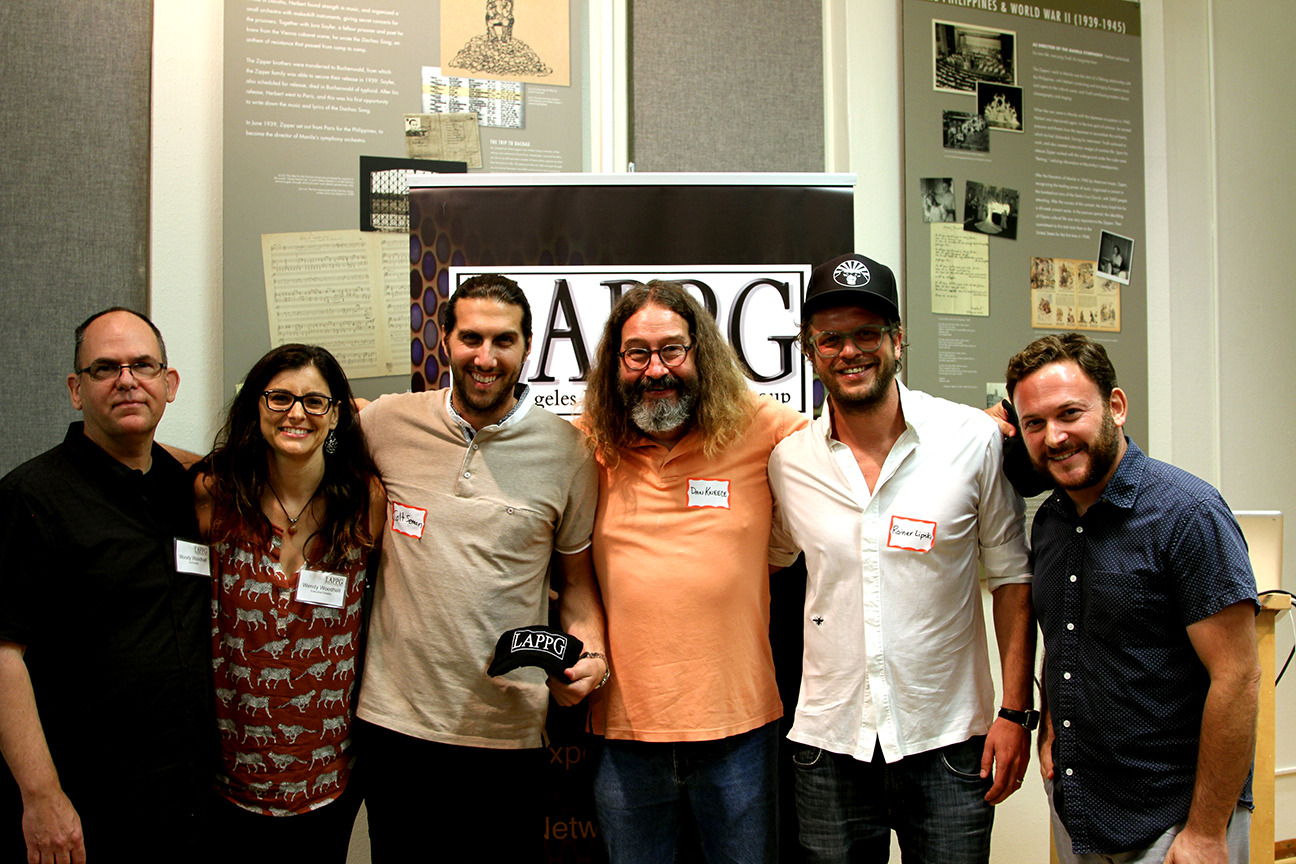 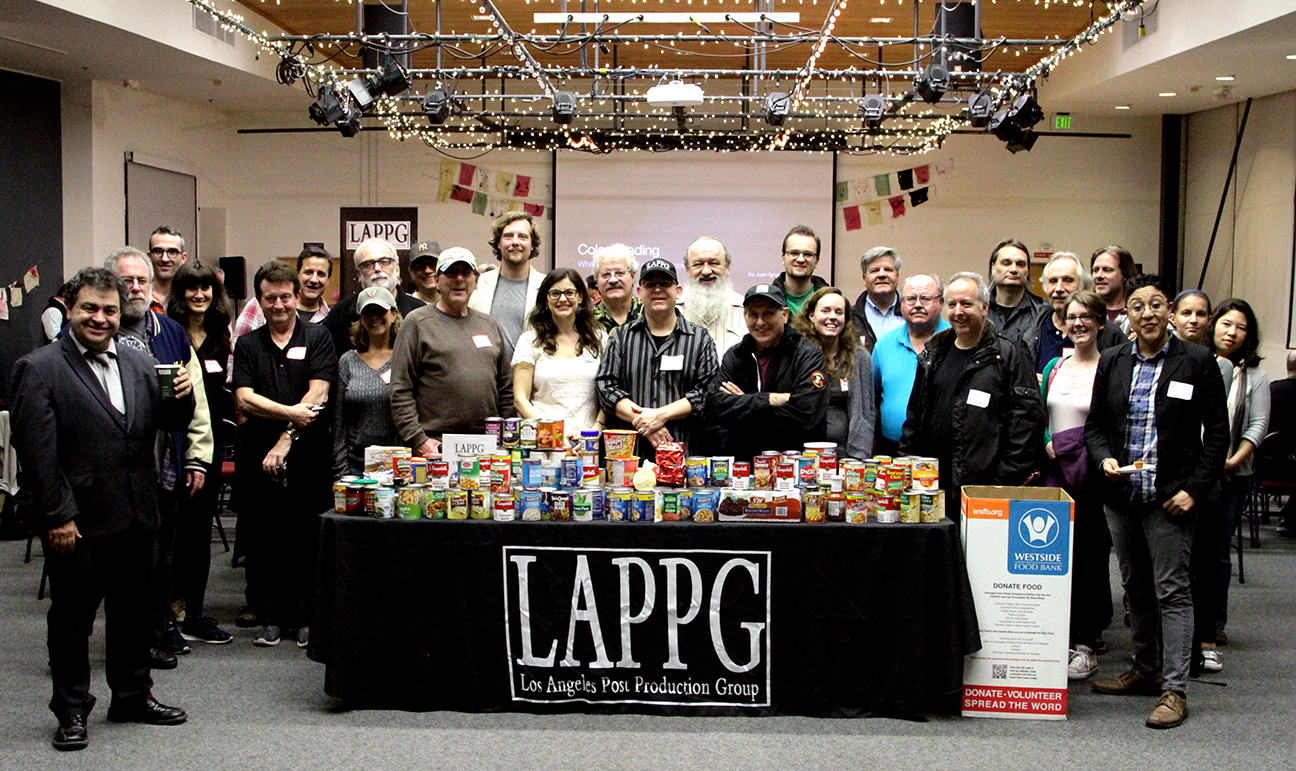 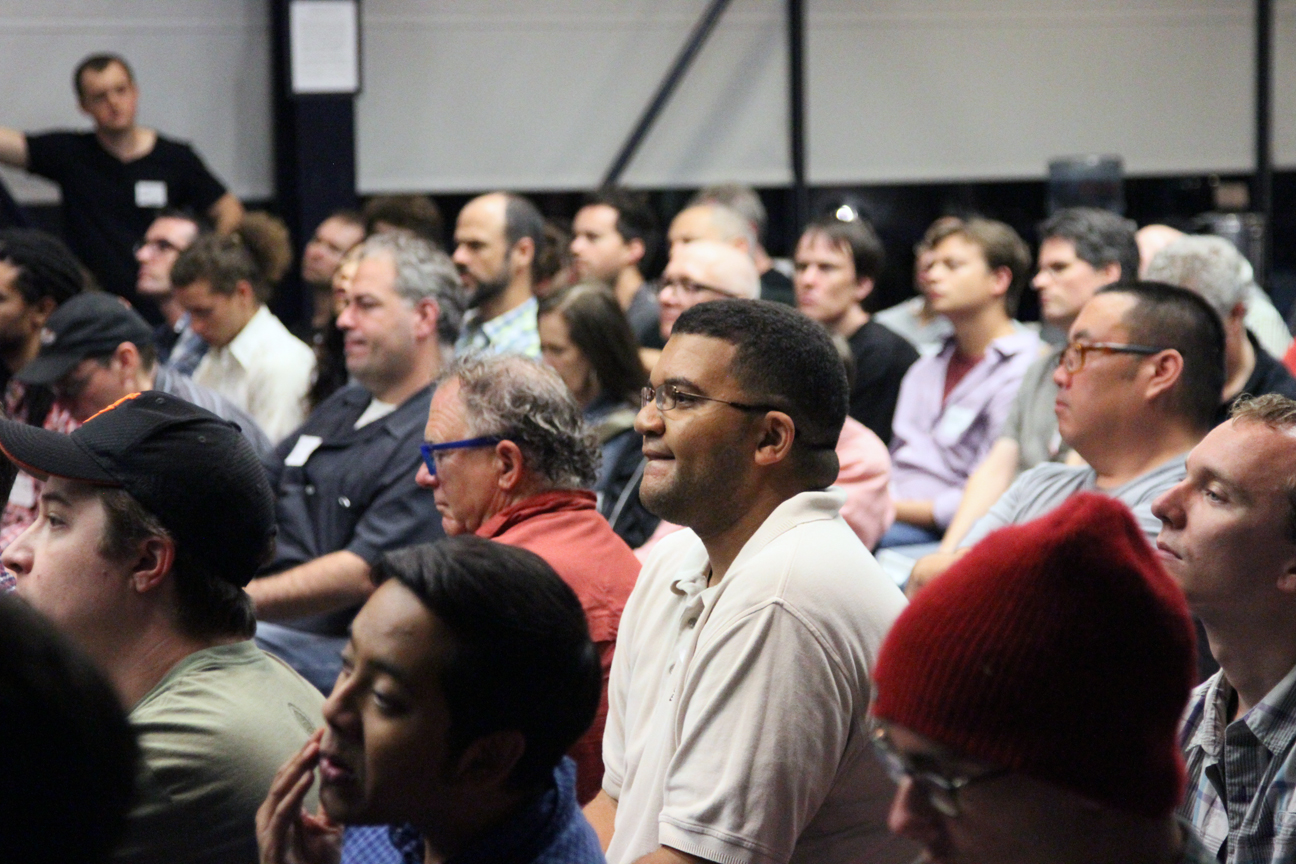 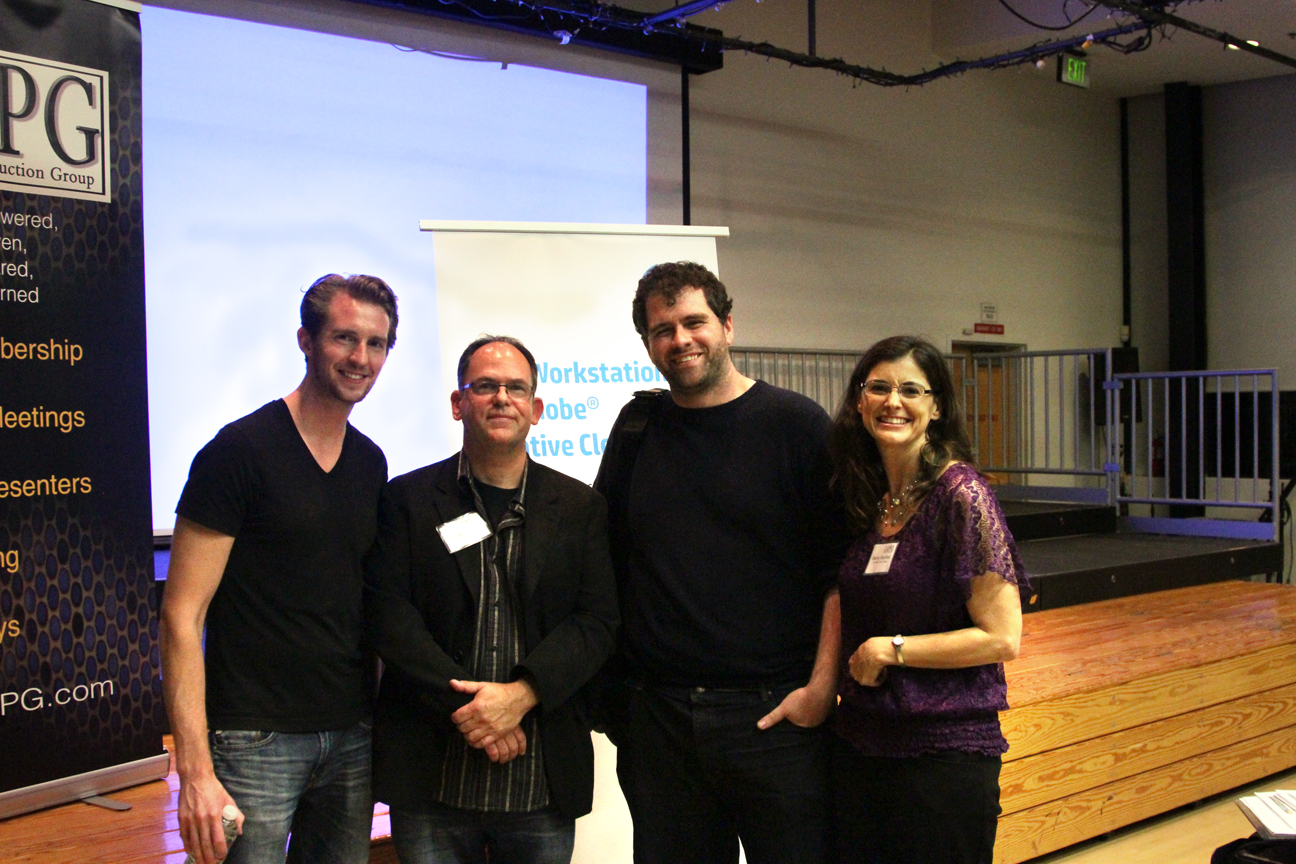