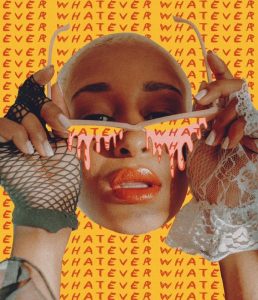 Today we’d like to introduce you to Little Dugan.

Alright, so thank you so much for sharing your story and insight with our readers. To kick things off, can you tell us a bit about how you got started?
When I was five, I had struggles reading and writing, so my parents put me in acting class to help me become a stronger reader. I was good at it, and so I stuck with it. As a child actor, I booked a lot of commercial work …an Avon ad, David’s Bridal, and some modeling here and there. I stayed connected to acting throughout my school years. I went to art schools and attended dozens of professional acting classes in Los Angeles. When I graduated from high school, I did some theater in college and even did a play in Scotland and London. So, acting really was in my blood and I don’t remember a time when I wasn’t acting. It’s my passion. I’m called to it, but you’ll be surprised to find out that I haven’t done any legitimate acting in the last five years… “shakes head in disappointment”. And what I mean by that—I haven’t done any full-length plays, full-length films and I haven’t been part of a cast in five whole years: unless you count a VH1 Reality Series where I played a planted actor for a hidden camera show. Don’t get me wrong, I absolutely would love to be the star of Tarantino’s new film.. wink wink… But Instead, life has taken me down an unexpected path. I’ve been expanding my opportunities into other forms of media and the arts, which has opened up an entirely new world for me.

I’m sure you wouldn’t say it’s been obstacle free, but so far would you say the journey have been a fairly smooth road?
First, have you ever met anyone in life whose entire journey has been smooth? Well, if that person even exists, I’m guessing that person probably doesn’t live in Los Angeles. I’ve always had struggles with independence. A few years ago, I moved out of my parent’s house…or maybe moved is a stretch…more like I just left. No phone. No car. I grabbed my I-PAD, which was the only thing I owned. I couch hopped for about a week before settling into a wealthy acquaintance’s home in the Hollywood Hills. They were kind enough to let me stay for a year rent-free. In reflection, that was a great kindness. Because they showed me such kindness, I won’t go into the dysfunction that was happening in that home…but I will say that apart from the lizards, rodents, drugs, police, and violence involved…I stayed in the Hollywood Hills. So, hey! Who’s complaining? This wasn’t an ideal situation, but it did change me, threw me into the world…and it taught me valuable lessons in learning to trust myself.

Can you tell our readers more about what you do and what you think sets you apart from others?
I’m a walking, talking production and everything that I do has to be full out and dramatic. I live for a show. But let me break it down for you: I am an entertainer, actor, model, creative director, baby pole dancer, 420 enthusiasts, Basquiat, diva extraordinaire, and the biggest person you’ll ever meet in your life…that’s why they call me Little. If you look at my Instagram, you’d think I was a video vixen. If you look at my website, you would get the impression of a control freak creative director. And if you look at my Twitter, you’d just think I was a nut. So, I’m diversified, if I can say so. I’m proud of my enormous resume—specific moments that stand out are performing at EDC “Electric Daisy Carnival” in front of

thousands in Las Vegas, going solo to New York and maneuvering my way onto stage for New York Fashion Week, continuing my ballroom journey with the Hollywood Haus of Basquiat and conducting multiple artistic projects for several Cannabis companies. I’m a quick study love to learn and I’m ready to take on the world! So, come for me. I’m here!

How do you think about happiness?
Experiencing life. Trusting life and seeing where it takes me…and also early 2000’s rom-coms and making people laugh is also up there. 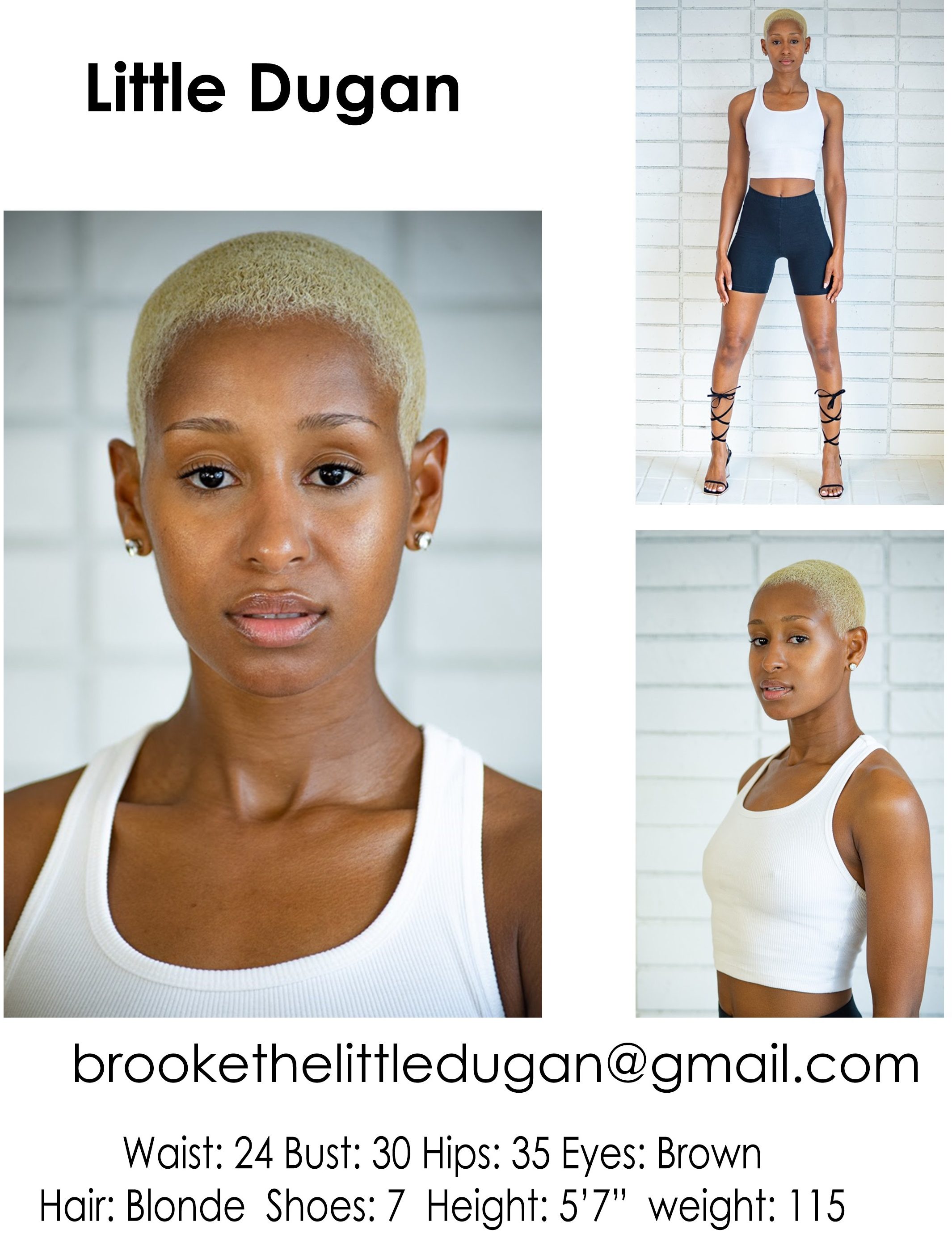 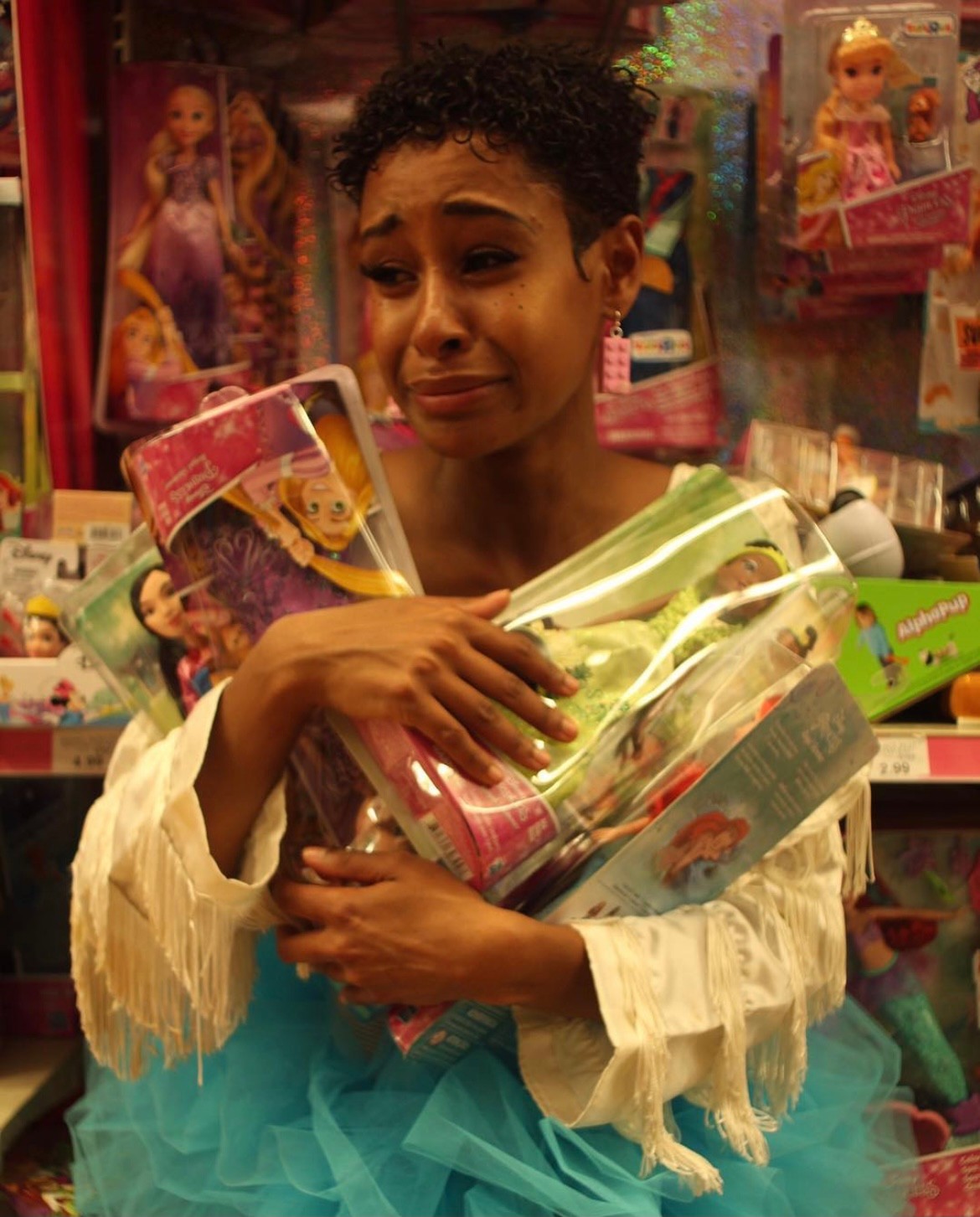 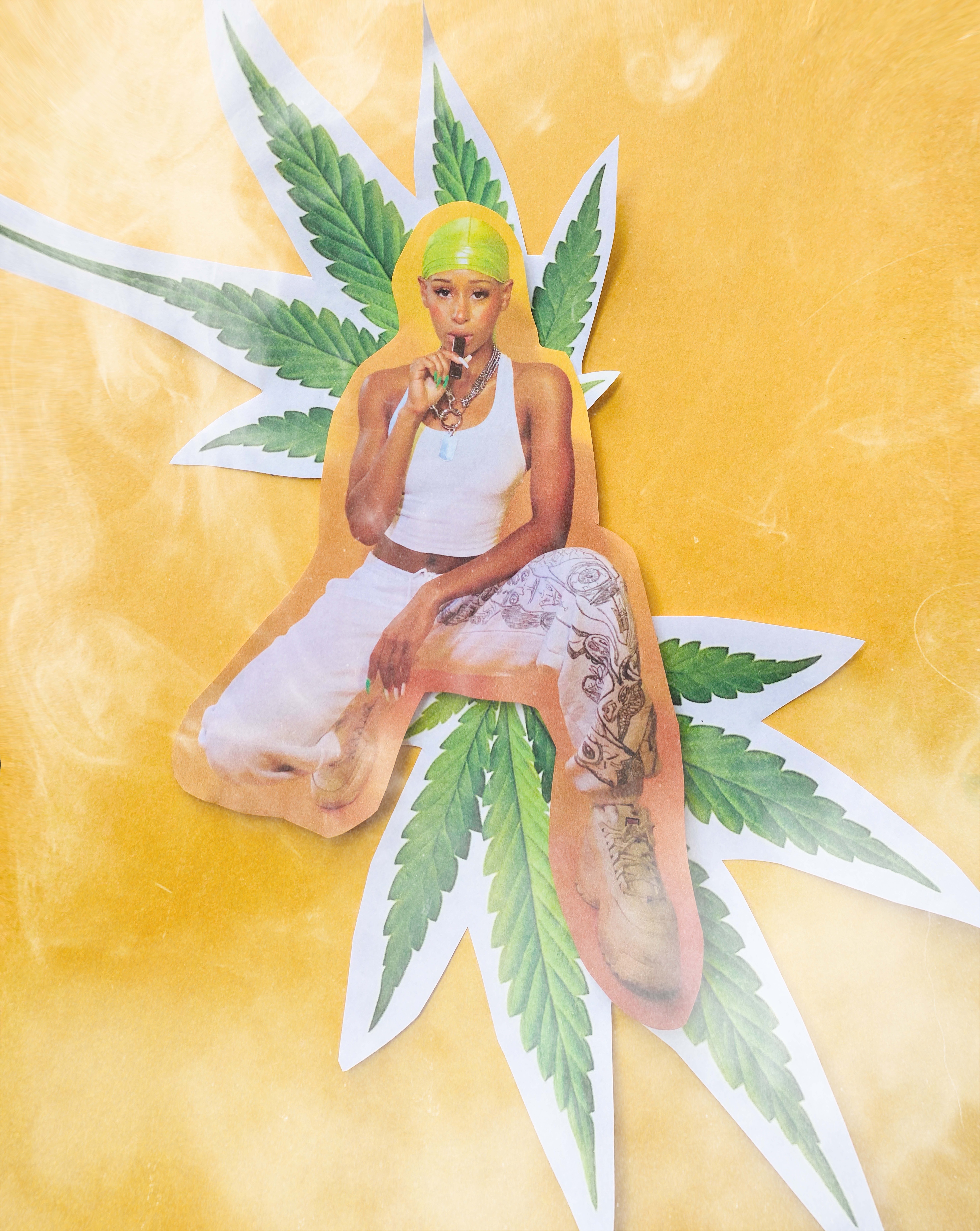 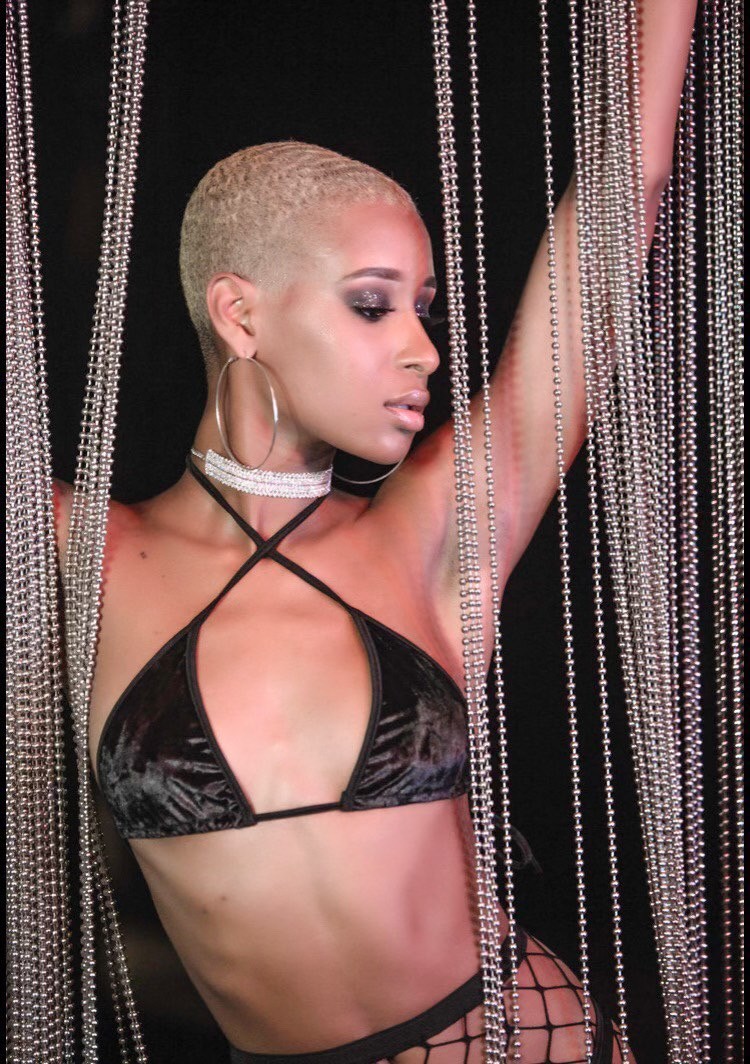 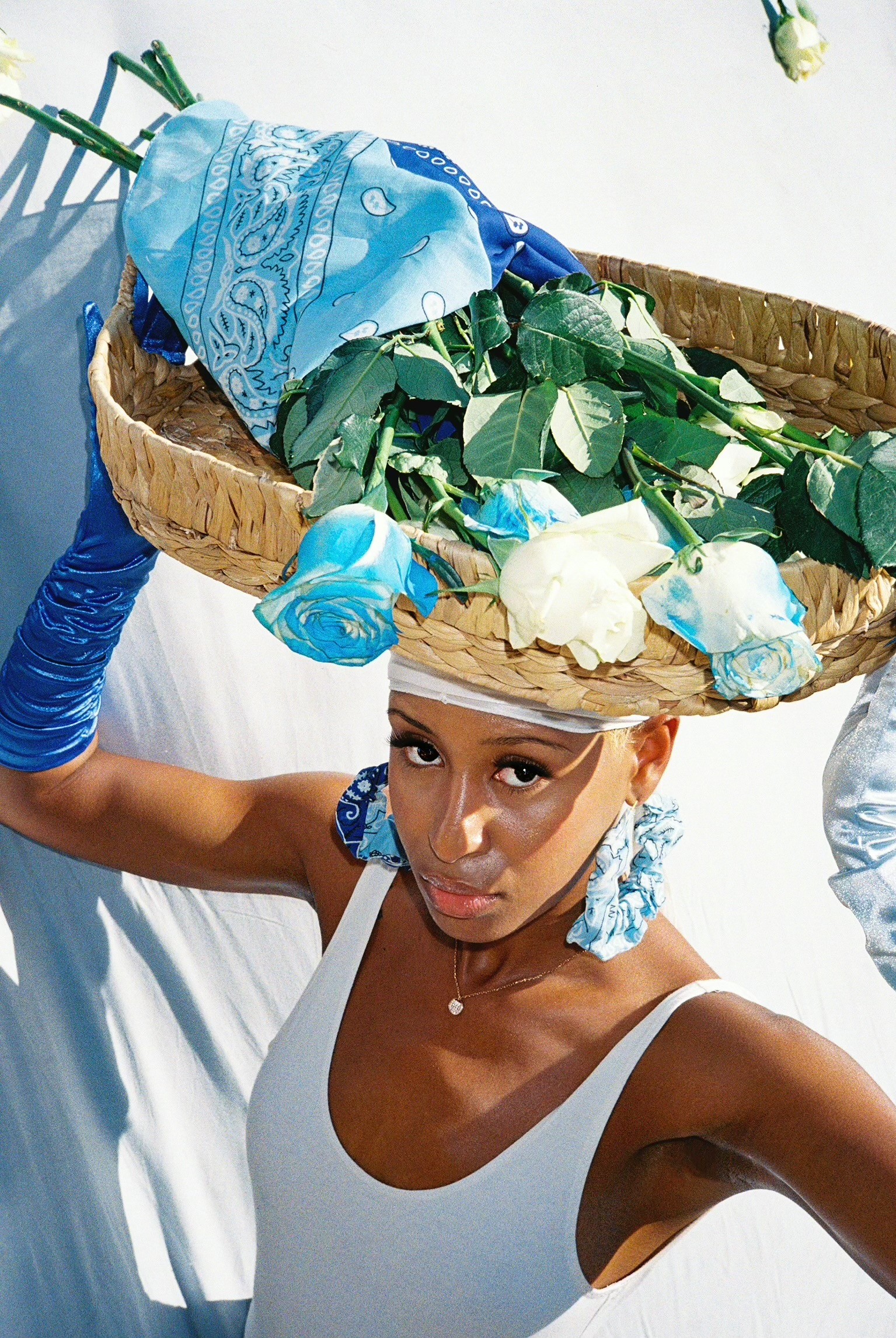 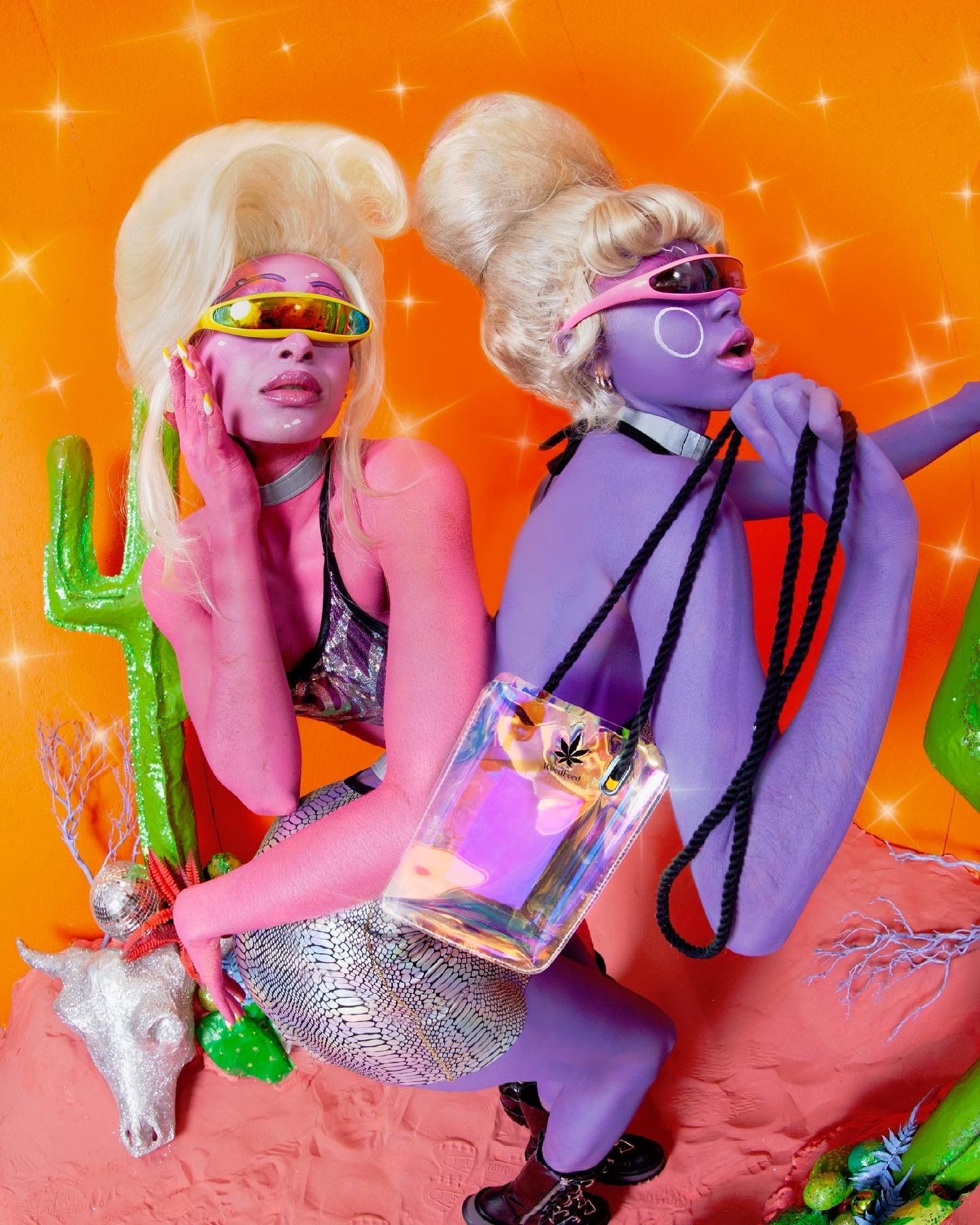