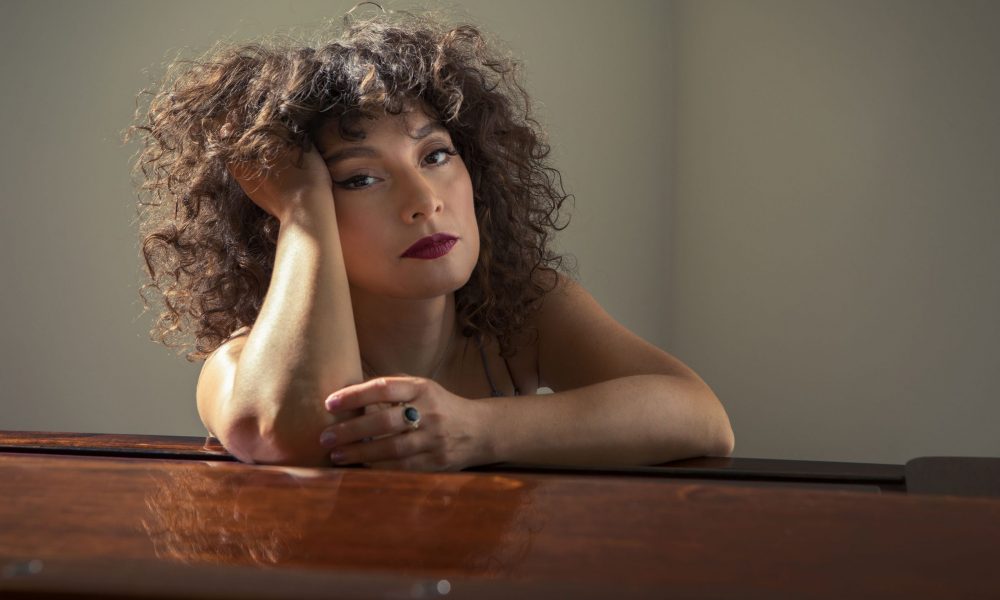 So, before we jump into specific questions, why don’t you give us some details about you and your story.
My family is originally from Ecuador. I am the youngest of five. My mom and dad worked very hard to give us a better life. I was born here in the U.S. unexpectedly. My siblings are much older than I. For a while, it kind of felt like I had six parents. I always wanted to be like my sisters so I copied what they did. They were dancers, so I would put on dance shows in the living room and make them watch. They loved musicals. So did I. They loved obscure 80s music and folk rock 70s music. So did I. Whatever they were into, I was into. We inherited this really fancy record player and a ton of records from a deceased uncle. My sister used to sing along to this Linda Ronstadt record called Lush Life. It was an album of jazz standards with the Nelson Riddle orchestra. I would sit beside my sister for the duration of the entire album and watch her sing in awe. I knew I wanted to sing but I was still too shy to try. I just love that record. To this day, I get chills when I hear Linda’s rendition of When I Fall In love. It’s the best.

I remember that we had this old school Lowrey Genie Organ in the corner that was dusty. No one really used it. One day I just sat on the bench and started playing with it. I guess I was about 4 or 5. I loved playing it because it had all these colorful buttons that lit up. I felt like I was on a spaceship. My feet couldn’t reach the pedals so I remember I would crouch on the floor and play the pedals with my little hands. I loved the deep bass sound that they would make. It was really soothing. Unfortunately, the rest of my family didn’t think so. I kept playing and I eventually started playing by ear and teaching myself melodies that I would hear on the radio or television. I began taking piano lessons when I was 10. I showed a lot of progress quickly and my family all pitched in to buy me a piano.

I went on to study theater and music composition at Binghamton University in New York. Though I was studying classical piano, I met some jazz musicians and we started playing together for fun in the practice rooms of the music department. I became their lead vocalist on a whim. I had never sung jazz before. We played weekly at this local French restaurant and that’s when I really began to overcome my fear of singing in front of others. That’s also how I supported myself through college. While studying theater, I discovered a passion for acting. I had a revelatory moment when I walked onto the main stage of my university for the first time. It instantly felt like home. Through a series of unexpected events, I moved to Los Angeles to pursue a career in acting and music. I quickly began attending open mics and writing my own songs. I was in a few bands. The crazy thing is I remember watching the movie Beaches with my mom when I was a kid and I saw this incredible outdoor stage shaped like an egg or something; surrounded by trees. I told my mom with excitement “I’m going to live there!” I had no idea where it was. Turns out it was the Hollywood Bowl and I live right beside it now. Sometimes you don’t know-how. You don’t need to.

We’re always bombarded by how great it is to pursue your passion, etc – but we’ve spoken with enough people to know that it’s not always easy. Overall, would you say things have been easy for you?
As a kid, I struggled with depression and low self-esteem. I grew up in a small town in Upstate New York. I went to private schools most of my life and the other kids were predominantly white. I was bullied and made fun of for being darker and having curly frizzy hair. At home, my parents fought a lot. Sometimes the cops would come. My parents both struggled with mental illness. My father tried to kill himself when I was ten years old. That was very traumatic for me.

When I moved out at 18, I was never looking back. I soon discovered alcohol and that became my everything. Alcohol led me to many other drugs. Gradually my life got worse until I lost everything including any dignity I had left. I had lost so much weight I was unrecognizable. I was probably going to die. Then one night, I somehow mustered the words “please help me” when I found myself alone in a room at this giant house party. The ecstasy had run out and I wanted to end my life. No one was in the room with me but when I mustered those three words while on my knees and meant them w every ounce of me, something inexplicable happened. Soon after that, I went to my first AA meeting. I struggled to stay sober at first, but I kept trying. I thought I couldn’t pursue my music career if I stayed sober. I couldn’t imagine being creative without the help of drugs. In fact, it wasn’t until I stayed sober that I started rapping in Spanish and making music more consistently. I’ll have nine years sober this July and my life is completely different. My life is meaningful now, even through these difficult uncertain times. My mental illness is treatable and I treat it every day. It’s not something I am ashamed of anymore. I know how lucky I am. I know so many who didn’t make it. Addiction is a pandemic too.

Can you give our readers some background on your music?
I am a local musician, singer, songwriter and rapper. I play piano and other various instruments such as guitar and bass. Two former piano students of mine discovered that my name Lita is also an acronym for Love Is The Answer. When that was revealed to me I felt called to share this message with the world; that within every one of us is the inherit wisdom of this truth about Love. That started me on my own journey to cultivate this inner wisdom. I don’t see LITA/Love Is The Answer as a trend or a catchy corny thing to say. I believe it’s really true. It’s one of those rare simple truths that I know I tend to forget. I’m constantly having to re believe it because there’s so much fear in me. There’s so much fear in the world. The only thing I’ve ever found more powerful than fear is Love. My music is an expression of that.

Every day, every moment is another opportunity to choose how to experience my Life. I write about things that I’m working through or experiencing; things that need healing or a closer look. It’s all very exploratory, reflective and I find that really engaging. I enjoy finding all the ways to express love and joy in music. It feels so important. My childhood was tough and Music like that really saved my life. It lifted me up. I want the people who can relate to my experiences to hear my music and be inspired; lifted. And even more than that, I want people who might not relate to listen so that they might find a new perspective… so that they might find some compassion for what they might not understand.

Has luck played a meaningful role in your life and business?
I don’t believe in bad luck. Luck can only be good.

Earlier I mentioned becoming a lead jazz vocalist on a whim and a series of unexpected events that led me to Los Angeles. One of those unexpected events was moving to South Lake Tahoe and performing all over the city with various bands as their frontman. It makes me laugh. The same little girl who would watch my sister sing in awe, who was so shy and nervous to sing in front of others that her voice would crack, was now a frontman. I suddenly get the opportunity to perform not only jazz but funk rock and pop with such diverse incredibly gifted musicians who were always so generous and helpful. I began recording original music there and explored my voice through hip hop. I can’t say enough how grateful I am to all those musicians and to the audiences as well. They all believed in me more than I ever did. I learned so much from them. That’s where I really developed as a performer. South Lake Tahoe was the best music school I could have ever gone to… full of good people and great music. Those same good people guided me here to L.A. Shout out to Ron Darby and Joe Grissino in particular.

I began playing locally in Los Angeles pretty much right away and have been doing so continually ever since. I don’t know if that’s luck. I just keep doing what I love to do and sharing it, even when I’ve thought I should give up. I play at various venues throughout the city. My favorite venue is Bar Lubitsch in West Hollywood. I love playing there. Hotel Cafe is fire. I haven’t played at Bootleg Theater yet. I really hope to. Would love to play at Seven Grand and work with Rick Taub at LA Music Booking. That’s been one of the hardest things for me during this difficult time of social distancing. I really miss not being able to play live. Performing live is important to me.

It helps me feel connected and present. I know I’ve been lucky to have experienced audiences that are so responsive and appreciative. It’s inspiring. With everything happening right now in this city, I wish I could also contribute through live music. Music heals. I hope all our venues make it back from this. Please donate and support our local music venues whenever and however you can. Every little bit counts. It really does.

I guess the role of luck has truly played in my life is getting sober. That’s when my dreams began to take shape. That’s when I began meeting a ton of incredible musicians out here like my producer Johnny Mesa. I had no idea he would become my producer when we met. I wanted to record a song I wrote called The Silence Breakers. I had originally begun recording it with another producer but our schedules were not in sync so I met with John. After working with him on this tune I knew I wanted him to produce my debut album. I call him the wizard of sound. His instincts are so sharp and he has an incredible ear. He’s a joy to work with. I also want to mention the brilliant Hans DeKline who mastered the song and Callie Galvez who played cello so stunningly on it. I am very proud of this song. I can not wait for its release. It’s coming soon! We’ve got a music video in pre-production right now with the wonderful Chris Hall directing and Rachel Greco choreographing that is going to look so beautiful. I don’t know how I got so lucky to meet such gifted people! I’m beyond grateful. 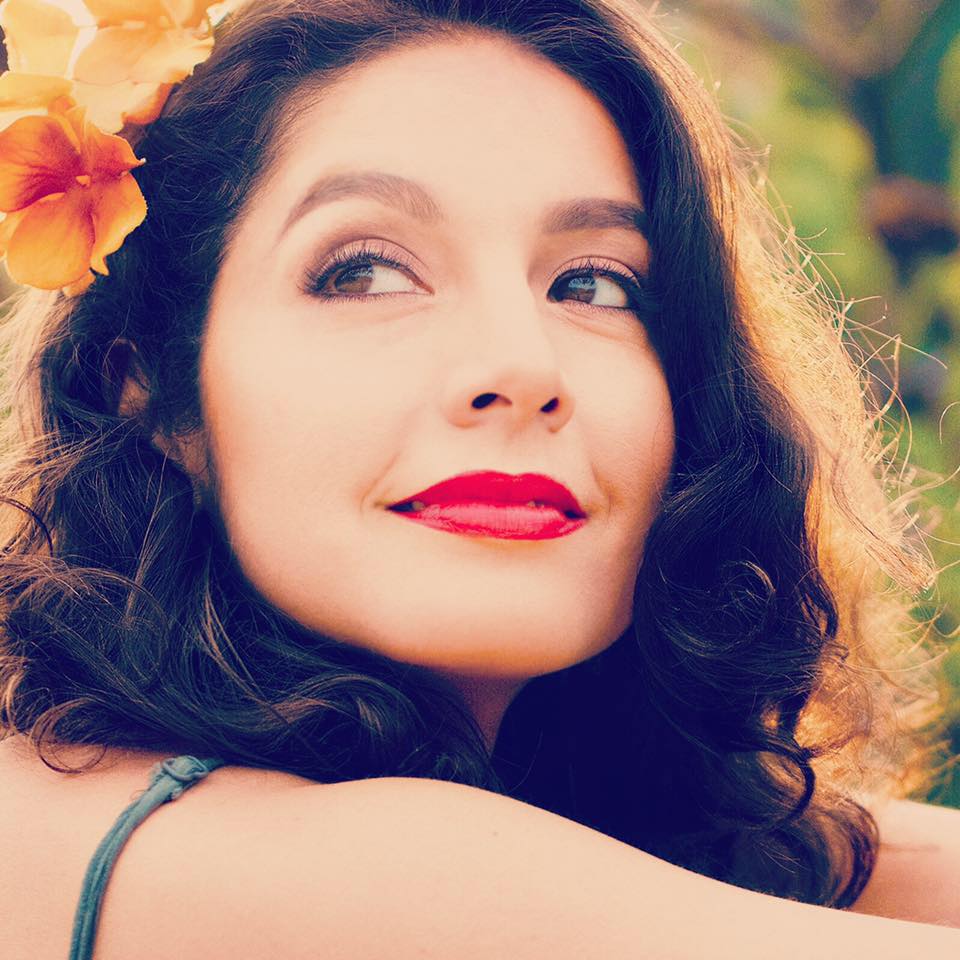 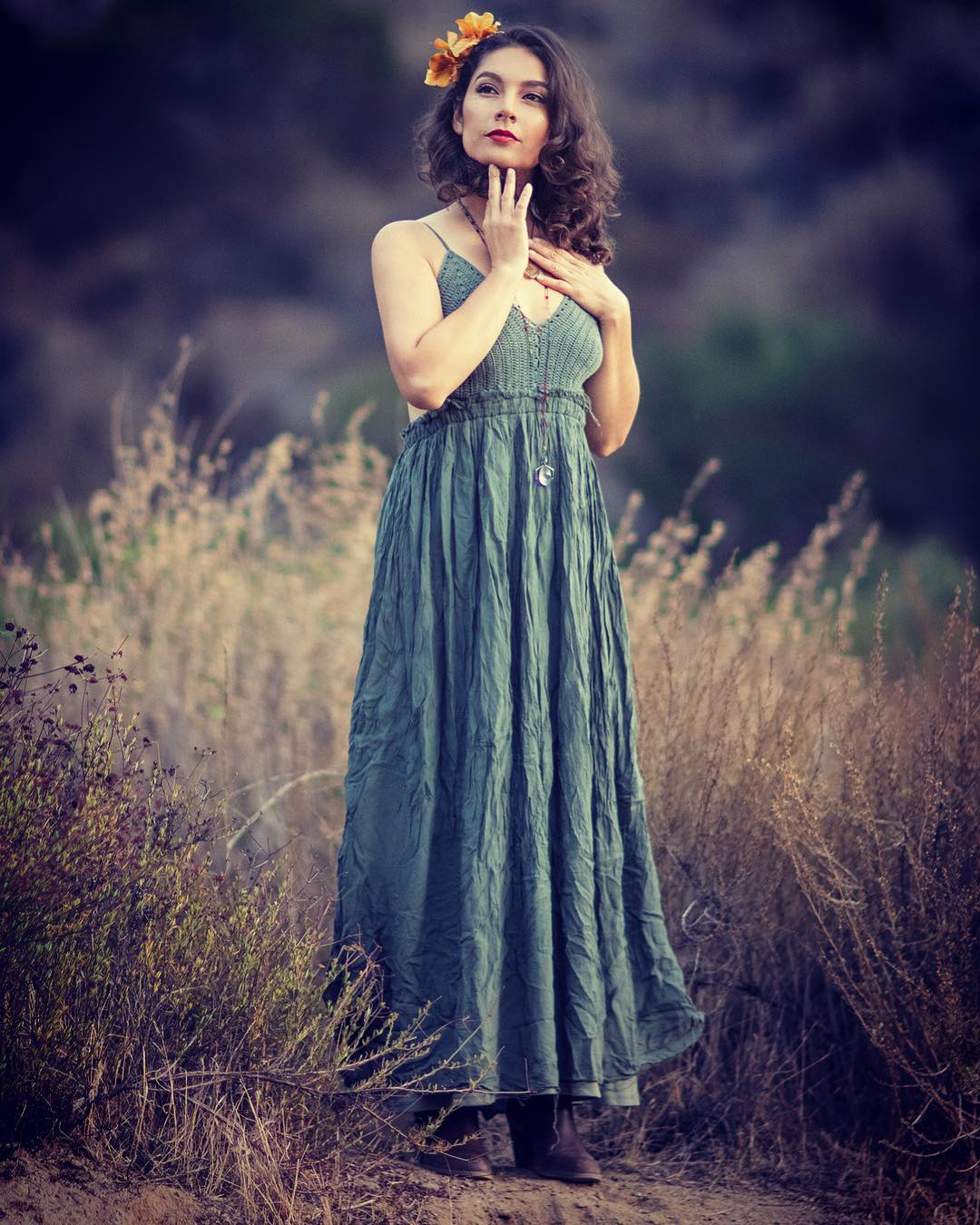 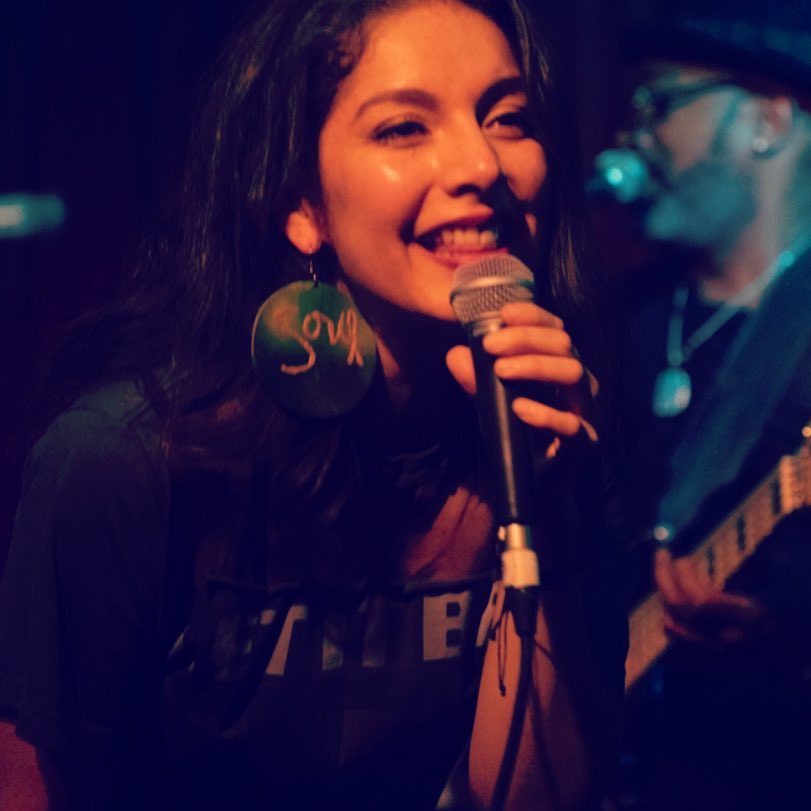 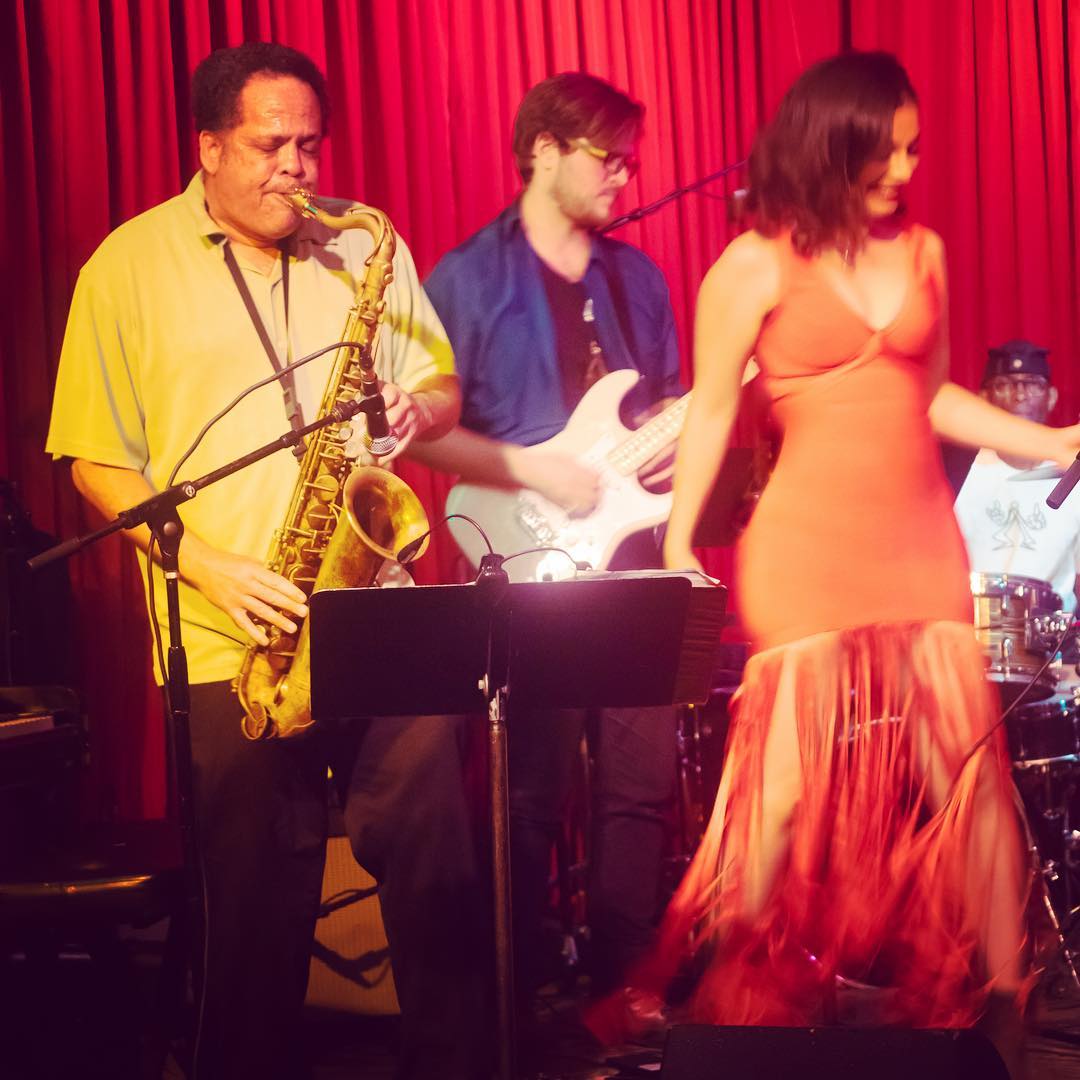 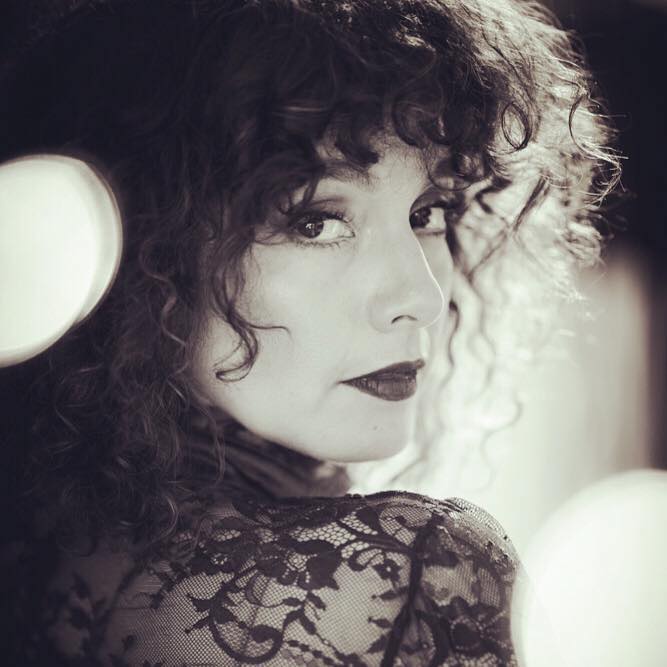 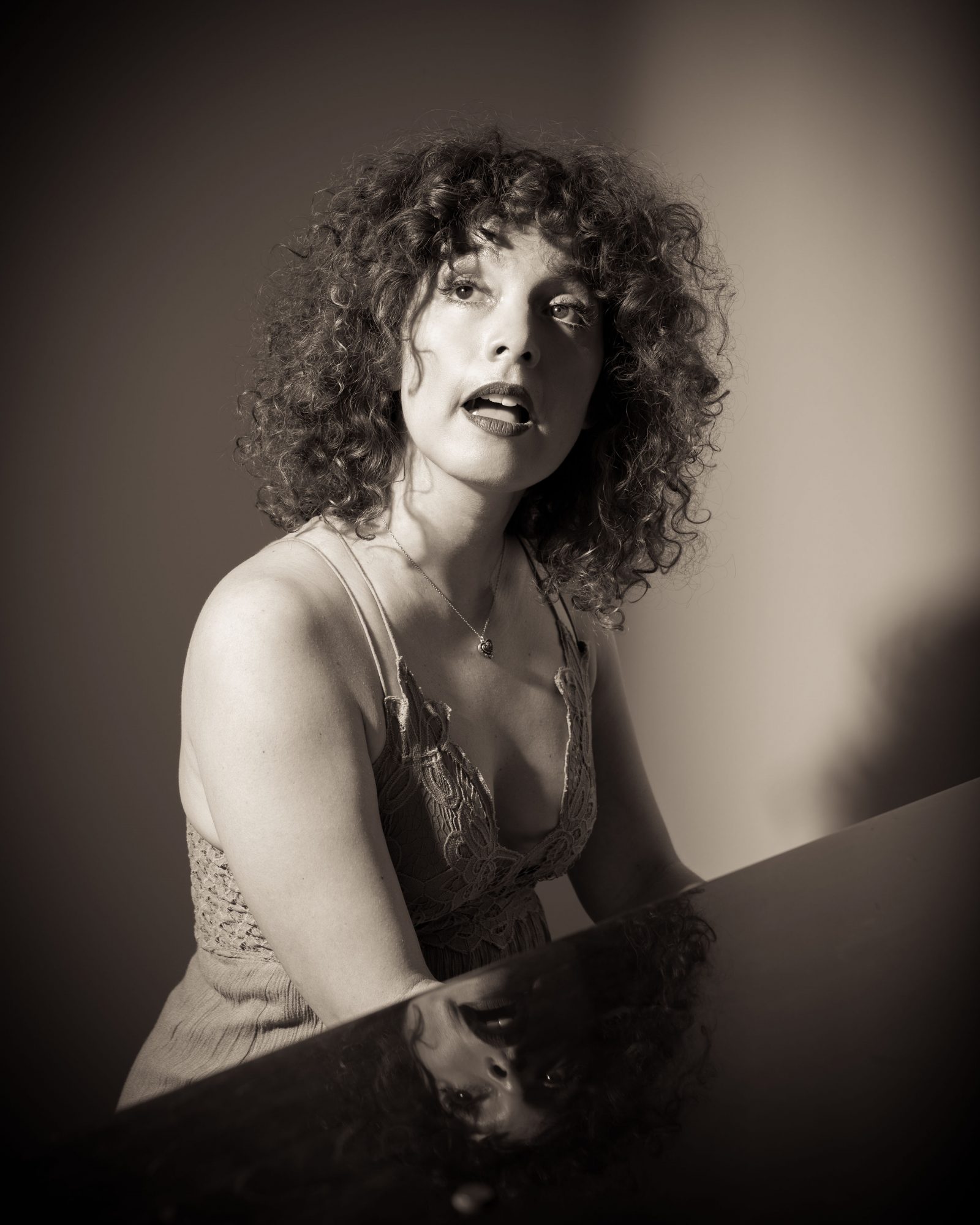 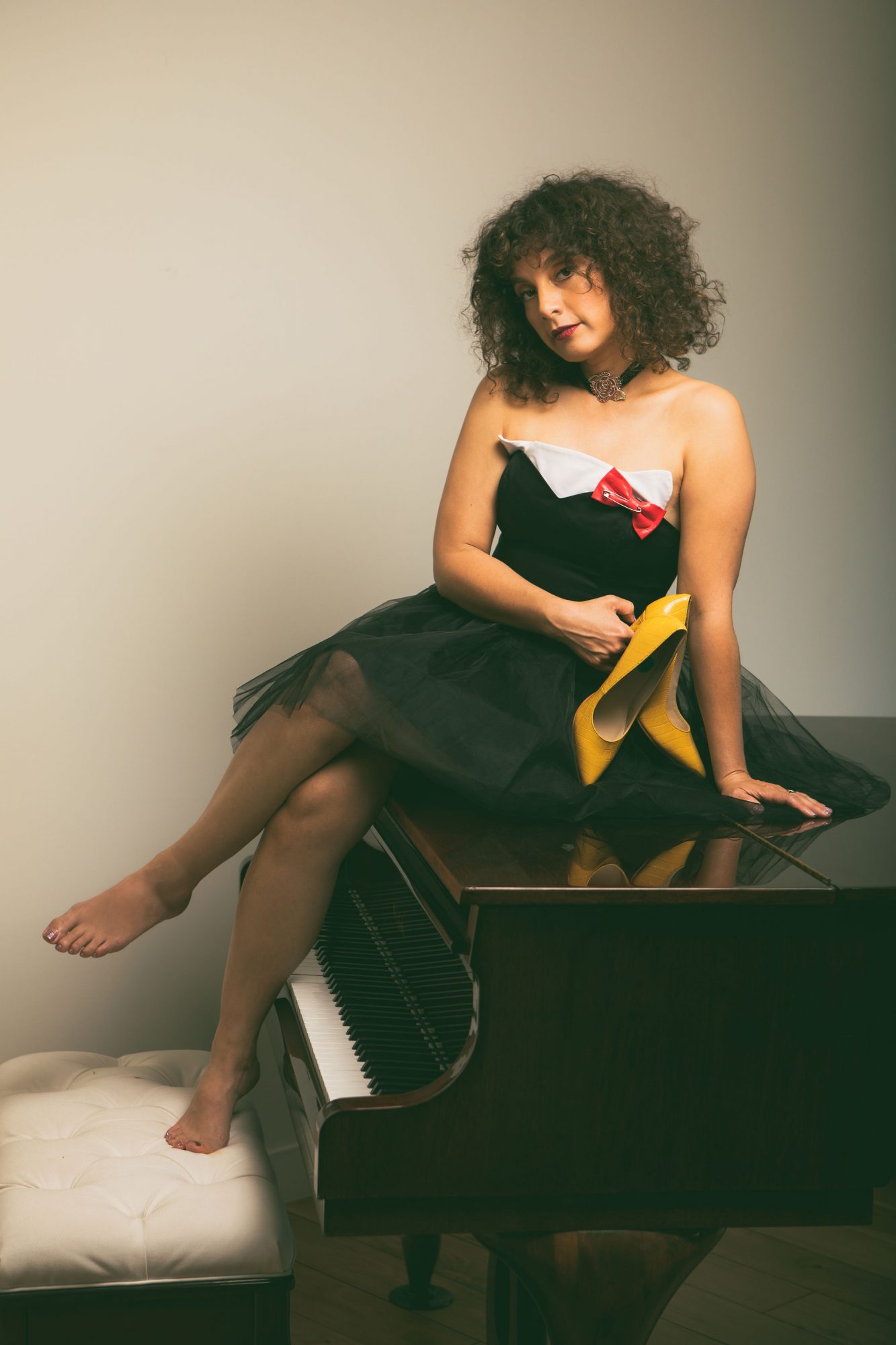 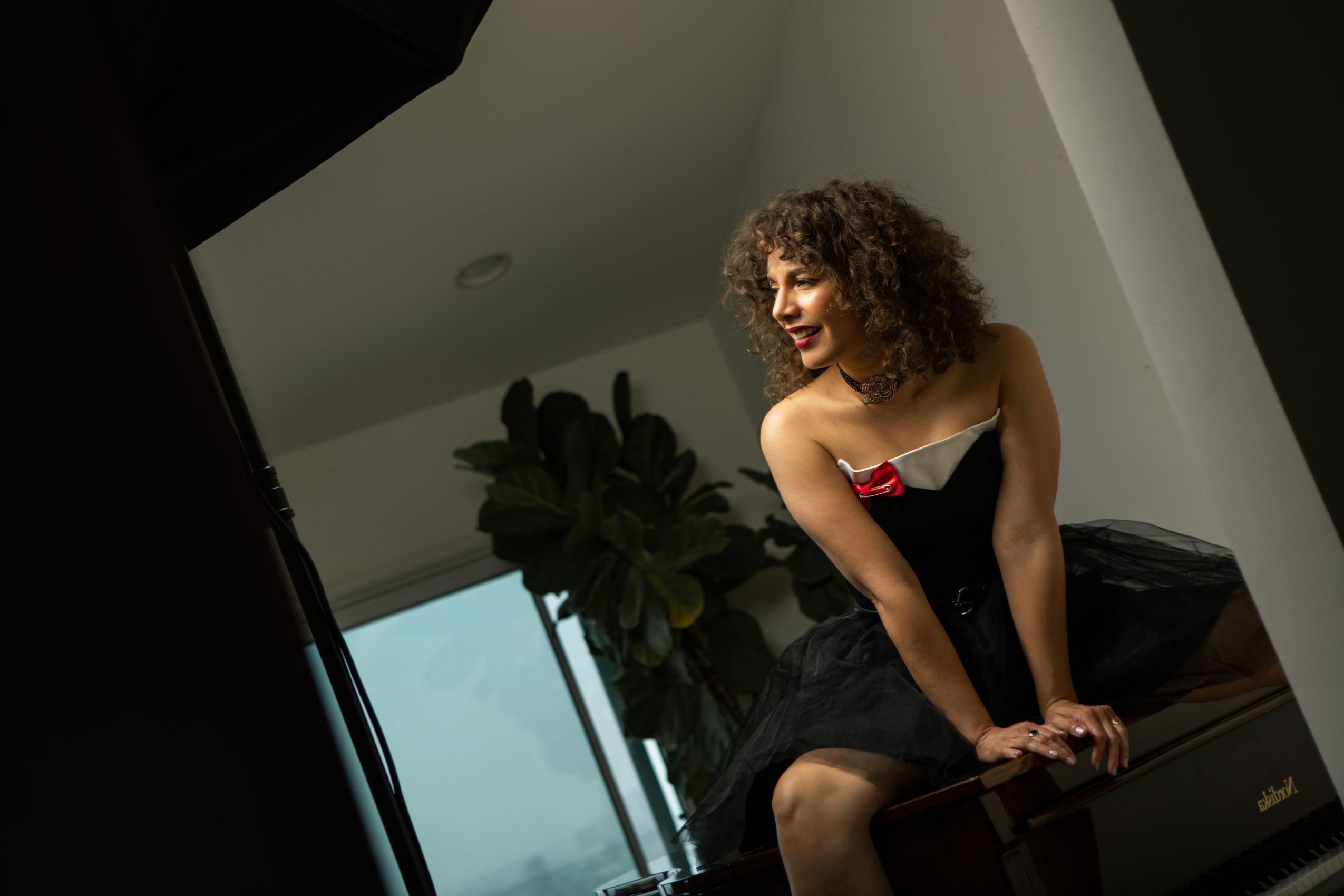