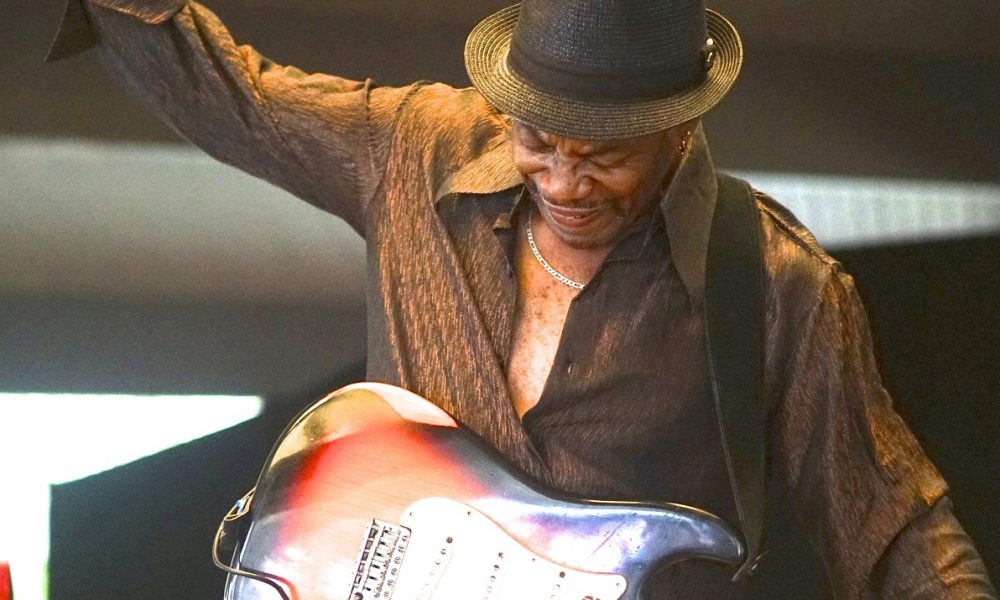 Today we’d like to introduce you to Leo Key.

Leo, please share your story with us. How did you get to where you are today?
My musical journey began in Birmingham, Alabama at an early age of four when my father began to notice my interest in imitating entertainers like James Brown, Elvis, and Chuck Berry. At the age of six on Christmas Day, my first guitar appeared under the tree made of cardboard and plastic, with a wooden neck. From it, I learned to play the “Peter Gunn” theme on one string, which was impressive to my siblings. On my 13th birthday, my Dad came home to pick me up from a long day of work at the steel mill, then drove directly to what was at that time was a “Western Auto Store”, there he purchased my first electric guitar and amplifier. It was a “Truetone”, made by the Silvertone Company.

Growing up in the Baptist Church with Gospel Music gave me major influences, input and ability to witness, learn and absorb my deeply rooted musical traditions. I learned what tremendous power and effect music has on the human soul.

Through my middle and high school years, I ran track, played football, and made friends with music-minded school mates. From there, we formed bands to play talent shows, backyard parties, and community events. Occasionally, we would get sneaked into small clubs for gigs. Most of us never had formal music lessons, we mainly learned by ear. But some of the patient older players would take the time to teach us a few chords or riffs.

A few years after High School, I started to form and play with many different groups until the right one was in place. We named the group “The New Horizon Band”, and became popular locally, and in other parts of the State.

Two brothers of that group Don and Ernest “Flip” Sykes had a very well known uncle here in Hollywood looking to manage a band from his home town. He was Bill Whitten, owner of Workroom 27 Productions then located in West Hollywood on Santa Monica Blvd. Whitten designed stage costumes for Neal Diamond, The Jacksons, and Earth Wind & Fire, The Commodores, and the list goes on and on. “The New Horizon Band” was renamed “Between the Two” before leaving Birmingham. We arrived in Hollywood stunned by how fast the pace was, and the glamor of the big city. But soon, we got a chance to open for the group “New Birth” at the legendary Troubadour. Following a few local gigs, we hit the road and toured the country for one year nonstop. After landing a deal with MCA’s subsidiary label Source Records, we later returned back to Los Angeles to start with production of the album.

Through our management’s rocky relations with the label, our completed double album was never released in the States. We did a one month tour of Japan, shortly after that I left the band to become independent. Knowing I needed formal music training to stay in the game, I then decided to take a year off to attend G.I.T. which later became (M.I.) Music Institute here in Hollywood. I worked a day job and attended classes at night to a heavy schedule. With the contacts I’d made during the previous Japan tour, I was contracted to return with my group throughout most of the 80’s. After many years of sitting on the shelf, (2) songs from the Between the Two Band album were released 2017 in Europe.

Independence gave me the freedom and control to explore every aspect of the business. I soon learned that to survive in the music business, you must wear “several hats”. Meaning you must develop several areas of expertise to keep moving forward. That, I learned from the many labels, producers, and engineers through the years which are:

Motown Records, MCA Records, Death Row Records, Ray Chu of “Saturday Night at the Apollo”, “Chuck Rainey”, “George Clinton”, “The Patrice Rushen Band”, Cedric Martin of “Confunkshun”, Thomas McClary of “The Commodores”, Louis Johnson of “The Brothers Johnson”, Kirk Franklin, and Fred Hammond’s recording projects. Plus countless other independent artists, musicians, and recording projects. In 1999 production, engineering, and music instruction were added to my qualifications. Recommendations landed me production work with my first CD project. The Hill Country Youth Ranch of Ingram Texas hired me to work with a hand-picked staff on their Children’s Project. There I was a co-writer, arranger, co-producer, I co-penned the title track “Let The Voices Sing” from the debut CD “Broken Wings Can Fly”

Working with at-risk children and young teens of the Hill Country Youth Ranch gave me more joy and fulfillment to a level that is hard to explain. My life’s work in the music business from that period had been defined. Giving back what I’ve learned as an artist through the years has given direction, purpose and hope to many. Associations formed at the Youth Ranch project resulted a relocation to Dallas. There I began a recording studio business venture, I managed Avalon Recording Studios in Sunnyvale, just a few miles from downtown Dallas. We operated a full recording business with a state of the art recording studio and mobile recording truck for location. Technology and music trends began to change at breakneck speed during that time, and it started to have major effects on the studios bottom line. Operation cost and changing times forced most larger studios to close their doors, project and home studios became more cost-effective to artists and bands.

I returned to Los Angeles with enough qualifying credentials to become a member of the prestigious Los Angeles Recording Academy. I currently hold a seat on the Producers & Engineers Wing of the Academy. For the last decade and a half, I’ve had the opportunity to work with The Los Angeles County of Education and at-risk youths here in Hollywood. For the past six years, I have been an instructor for voice classes at My Friends Place 5850 Hollywood Blvd.

Overall, has it been relatively smooth? If not, what were some of the struggles along the way?
The number one struggle I’ve encountered through the years is mainly consistency, but there are many other elements that must be considered. Development of strong work ethics can be the key. Every Artist and Musician faces most of same challenges as sports athletics. We must stay conditioned physically and mentally to perform at a competitive level. The terms “Use It or Loose It” or “Practice Makes Perfect” are very essential terms that must be taken into account.

How to deal with rejection is a challenge most artists find extremely difficult to face. I learned to just work hard, give it all you’ve got, and let no one tell you what you can’t do.

New styles and trends take over old ones, technology alone has played a major role in how the last 20 years changed the music business landscape. I constantly research and study to stay ahead with new skills. Seldom does anything go smoothly in the process of studio and stage, there are so many elements connected to the process. Examples are recording sessions and live performances, which can endure minor to major equipment failures, weather-related issues, cancellations, illness, delays, etc.

As an independent artist, I learned how to best manage ups and downs of the business. Today you must develop the skills to be flexible. Just to be a singer or musician can be a rough ride in today’s music business. But the hurdle to face is finding balance.

Can you give our readers some background on your music?
Leo Key Blues is a multi-functioning pro-audio operation that covers music production from conception, studio, to stage. Pre and Post music production, live sound and lighting services for small to medium size venues or events. I offer music educational courses for ages five to adult that cover: Songwriting, vocal training, guitar/bass, digital audio engineering, and stage performance. My main objective is to highlight and influence the importance of music education to the next generation. It also features the Leo Key Blues Band for live performances and touring.

What is “success” or “successful” for you?
I define success as having the ability to complete a goal or task properly. My criteria is the knowledge, standards, and rules I work with. 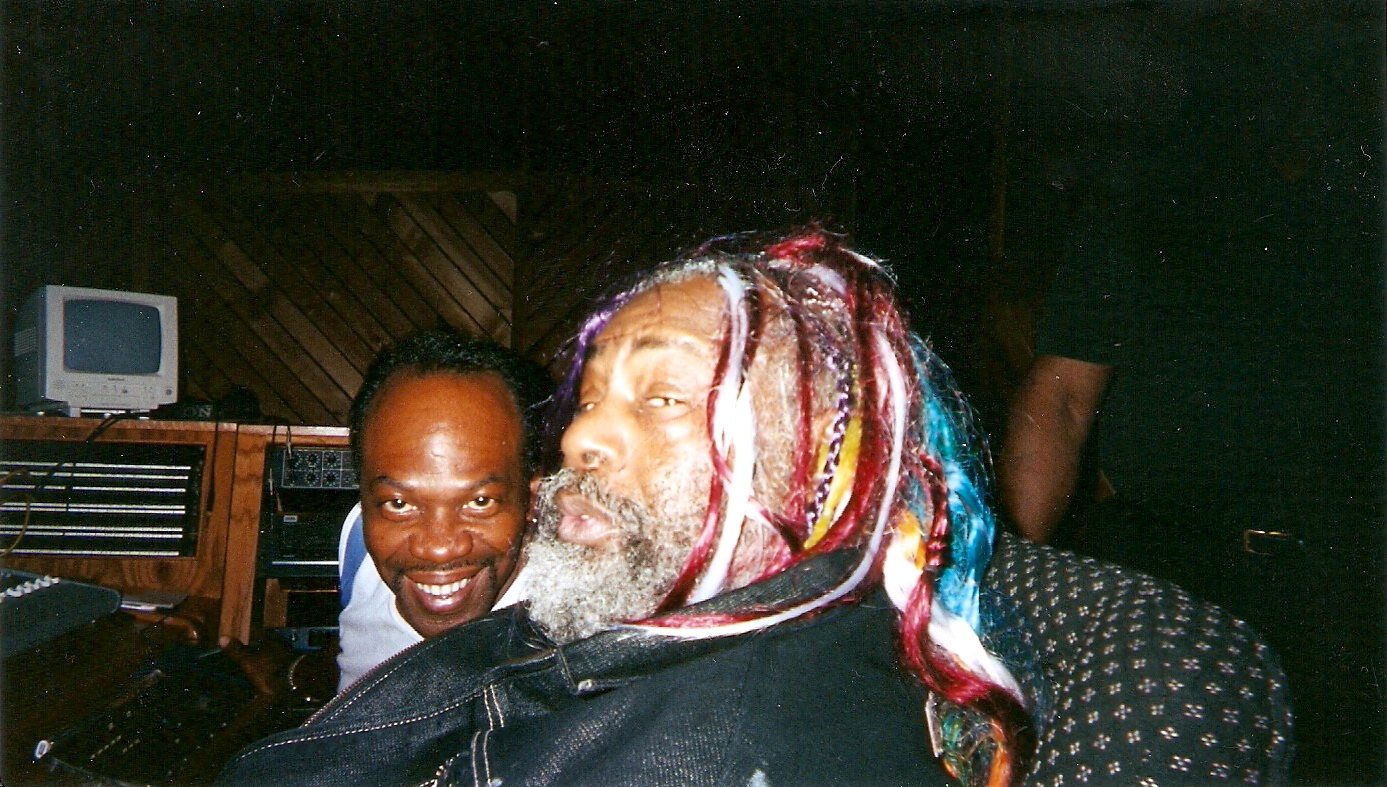 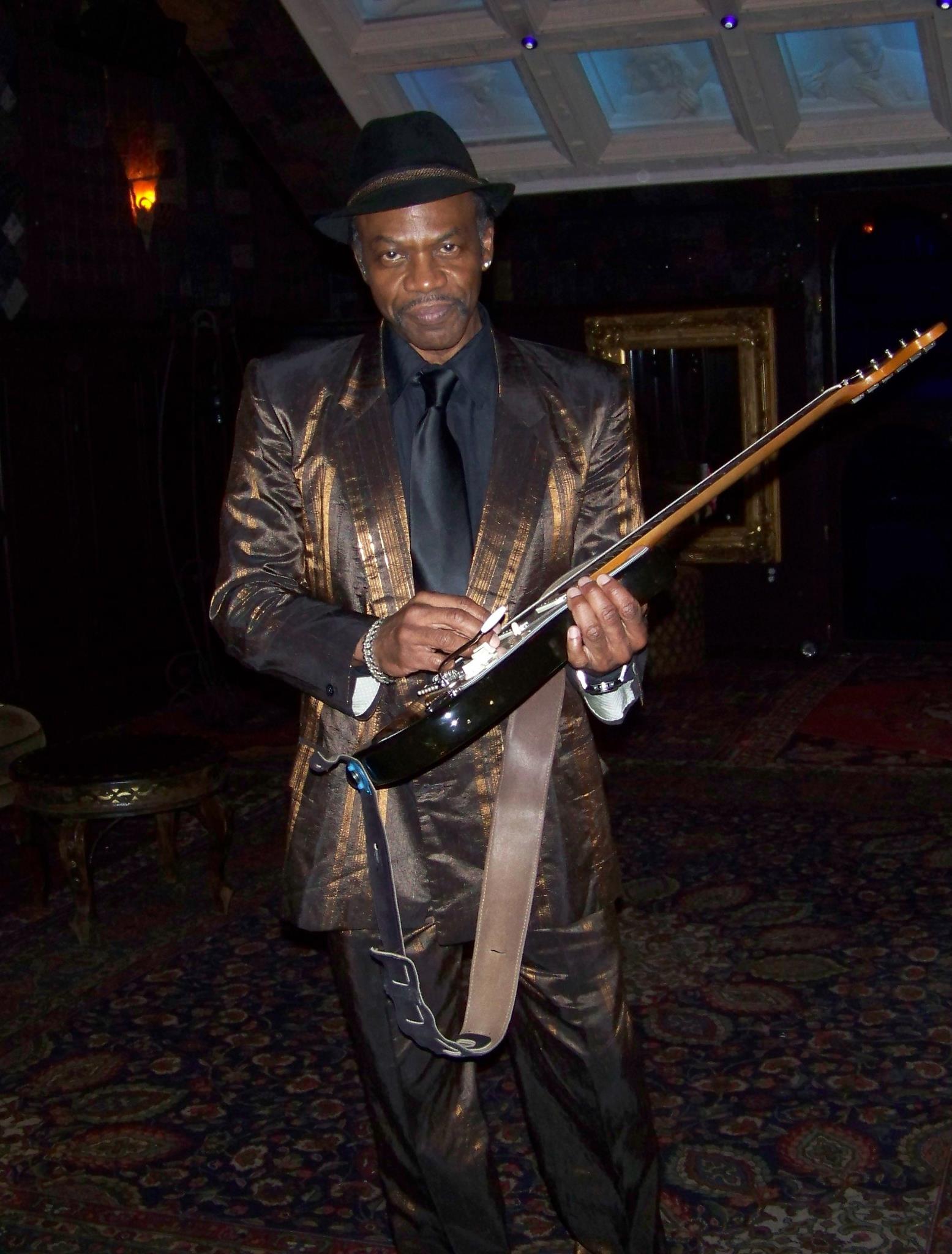 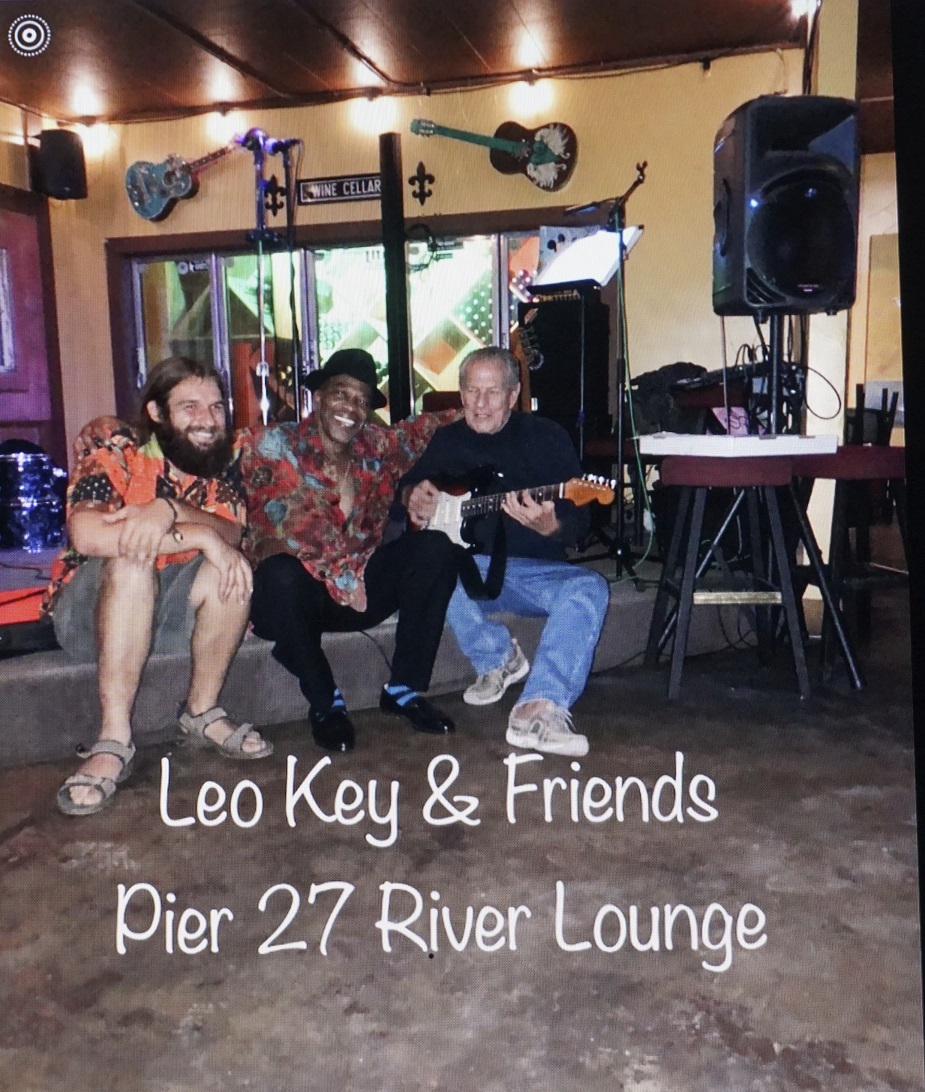 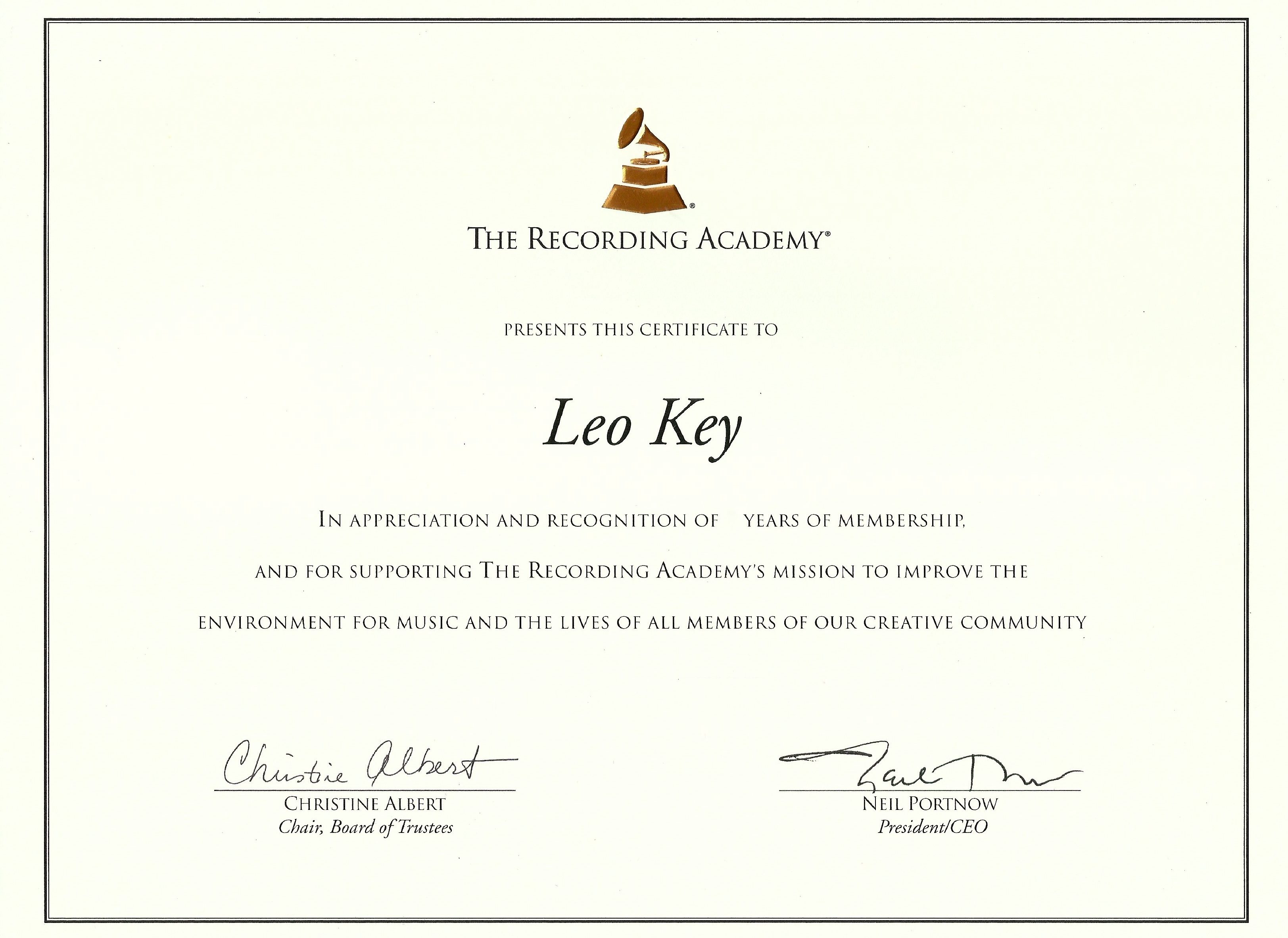 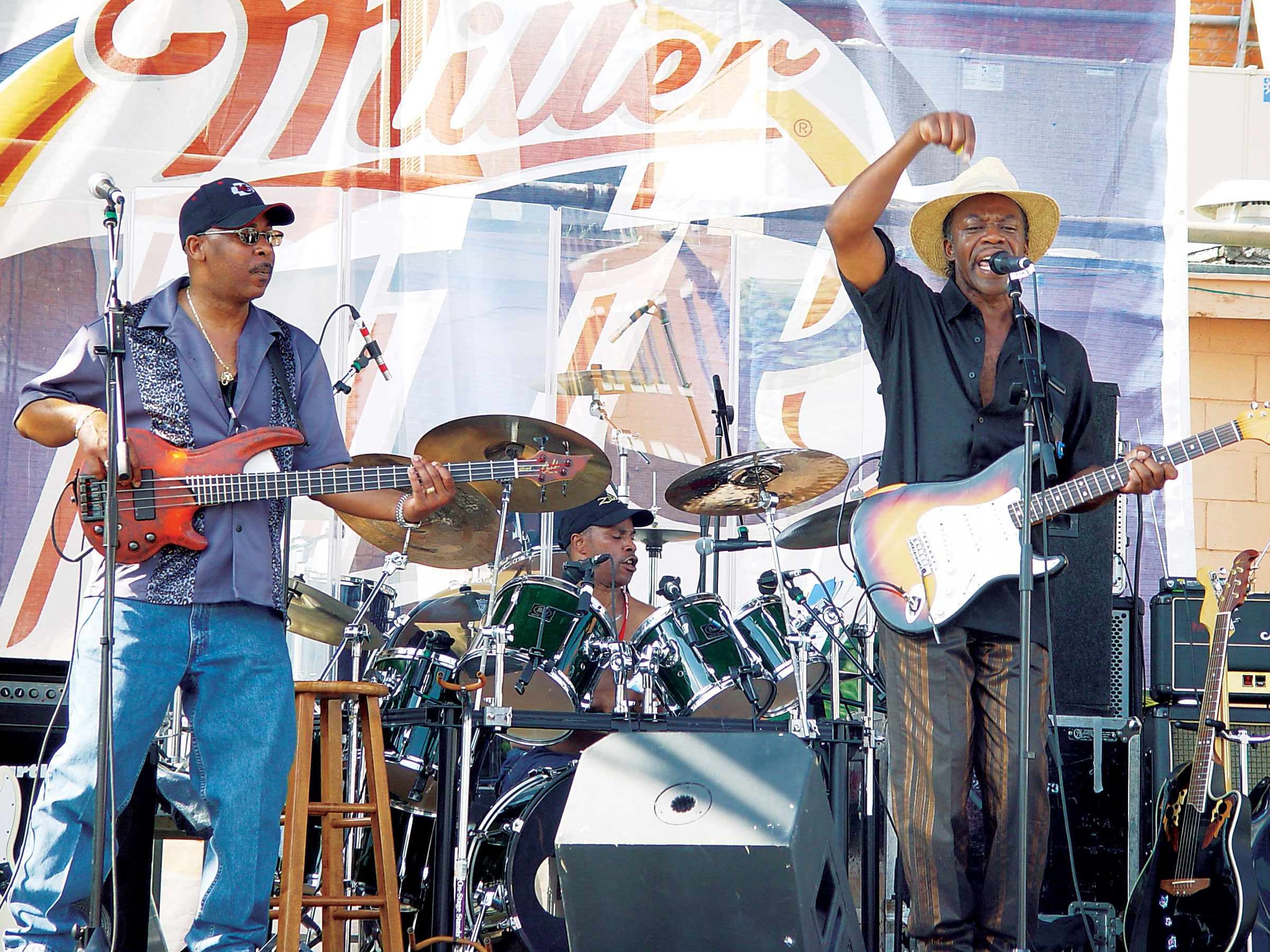 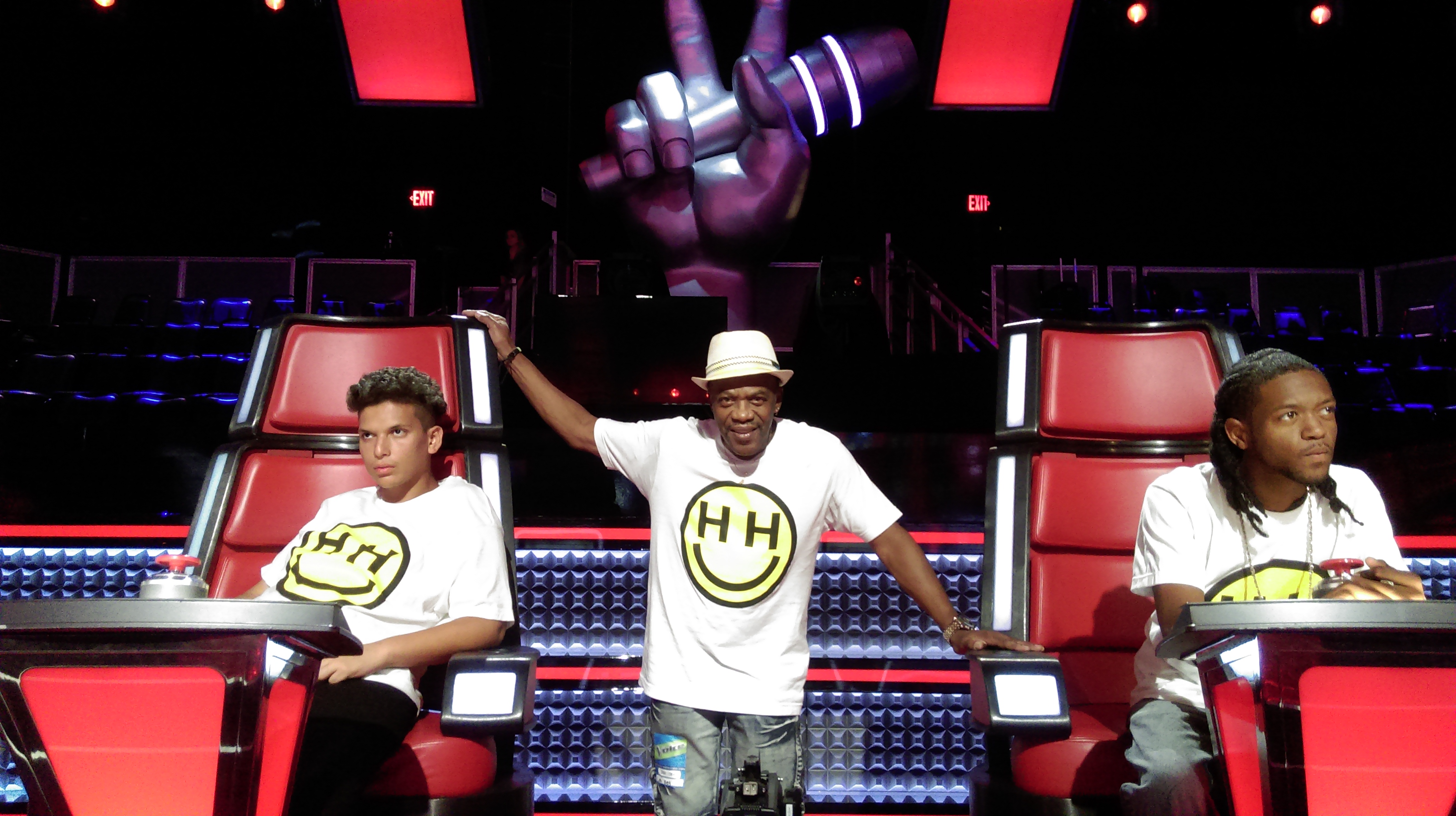 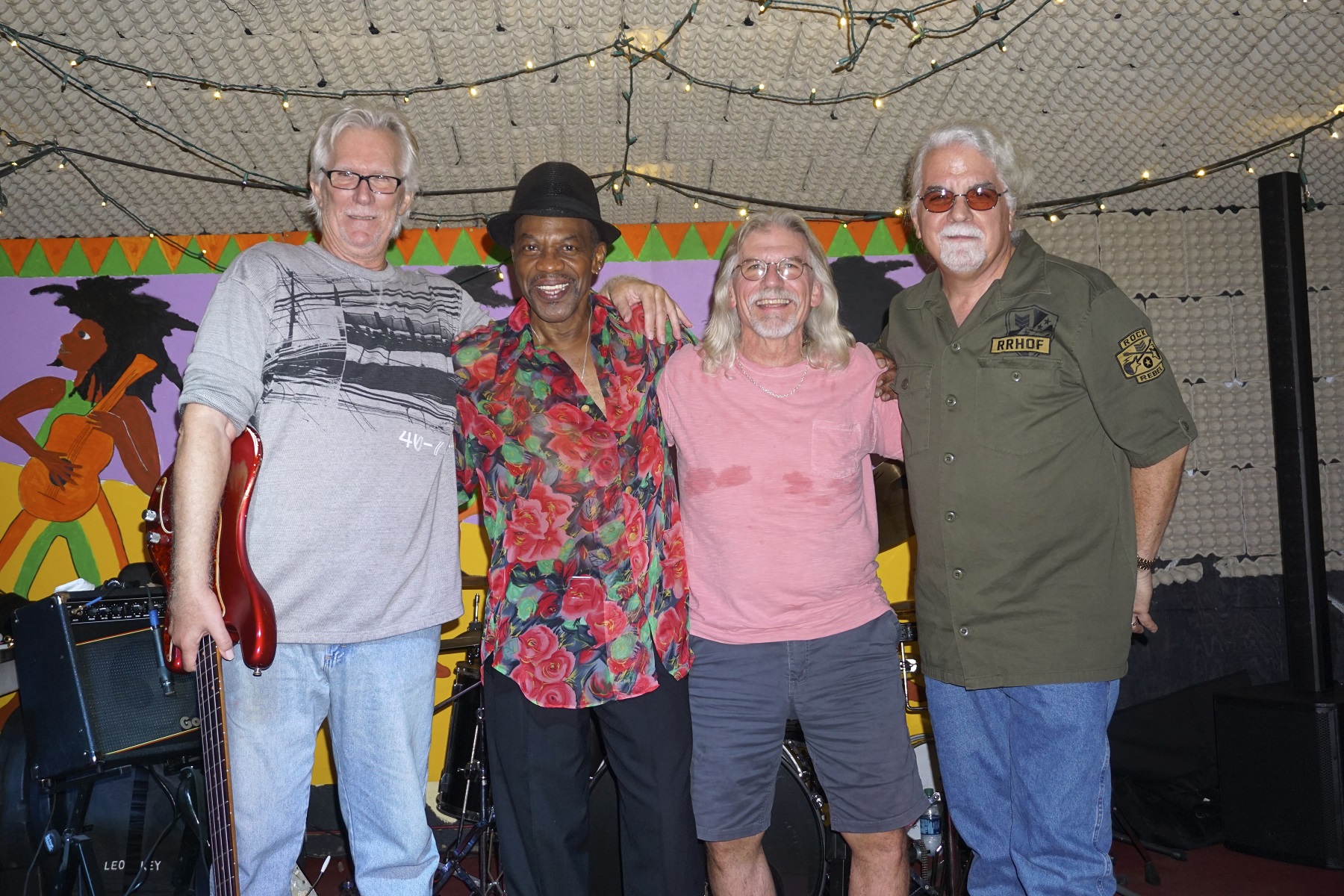 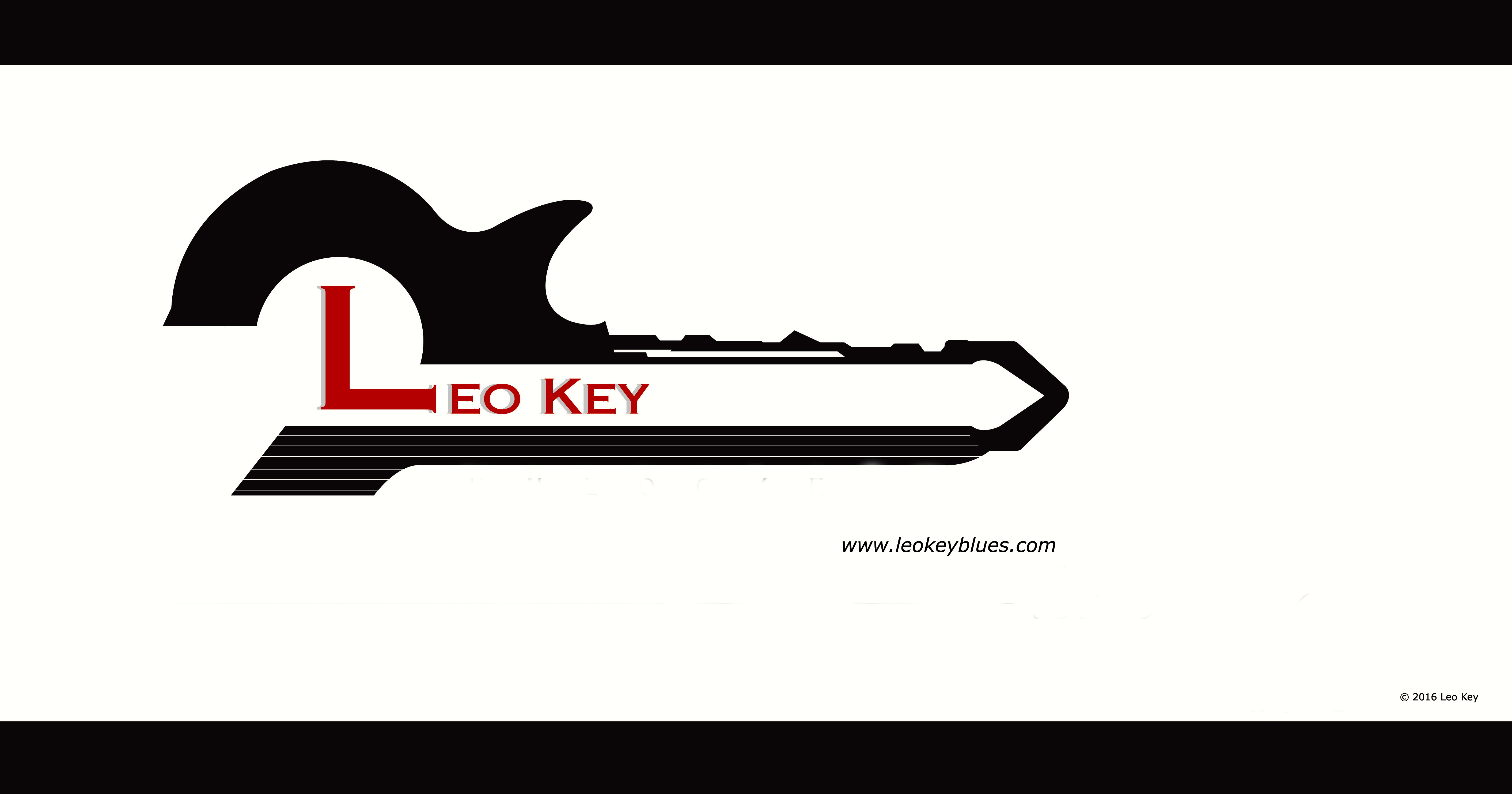