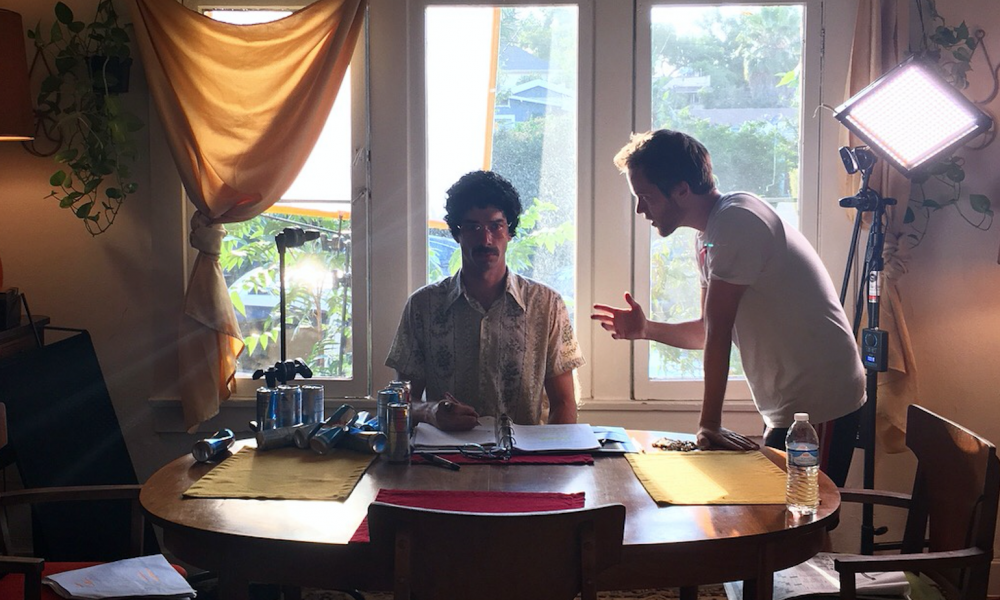 Today we’d like to introduce you to Kyle Kenyon.

Kyle, can you briefly walk us through your story – how you started and how you got to where you are today.
I grew up in a pretty rural part of Missouri and went to a really small private Christian school. And by “really small,” I mean that my graduating class was six students. Including me.

When I was about five years old, my grandma bought this huge VHS camcorder and would help me make silly little movies. They were awful and usually featured me getting angry at my little sister for forgetting her lines (eventually I started giving her non-speaking roles; she’s never forgiven me). Somehow, this hobby turned into the only thing I ever felt completely committed to pursuing: directing.

In college, I got the chance to direct theatre and video projects almost constantly. After graduating, I moved to LA with a group of friends. We all thought it was normal to sleep on air mattresses for most of our 20s. And by LA standards, I think it was pretty normal? Soon I started working on whatever I could find. Film student projects, no-pay P.A. jobs, art department work in the desert, I did a lot of weird gigs just to be on a set of some kind.

Eventually, I got a steady film industry day job that could help me pay my bills and fund my own projects in my free time. Some people think a full-time day job is the end of your dreams somehow, but I think it’s the opposite. Get paid during the week and make your own stuff on the weekends!

We’re always bombarded by how great it is to pursue your passion, etc – but we’ve spoken with enough people to know that it’s not always easy. Overall, would you say things have been easy for you?
I think there are a lot of struggles for anyone who makes the move to LA with no connections or money. I don’t have rich parents or a trust fund. I’m not entirely sure how trust funds work. Is it just your parents giving you an allowance each month? Is it monthly? I don’t know. Anyway, for years, all the furniture in my apartment came from sidewalks during trash day. And you could tell.

However, I think those struggles can be a good test of how bad you want to do what you came here to do. If you’re not willing to spend a few years eating canned goods and living in the worst part of town, then maybe LA isn’t for you. Maybe you don’t want to do what you originally thought you wanted to do. And that’s completely fine! I don’t look down on anyone for quitting LA. But when someone lives here for years and pushes through all that, it can really solidify that THIS is what they want more than anything. For me, that can be a great motivator to succeed.

Another great motivator? Having cats at home that expect constant meals.

We’d love to hear more about your work.
I definitely prefer to do comedy above anything else and I would love for that to be my specialty as long as I’m directing things. Comedy maybe doesn’t get the recognition that dramatic movies and shows get, but I think it’s as valid as any genre. Dramas win awards but comedies get the fun midnight screenings at all my favorite movie theaters, so…

As far as what I’m the most proud of, it’s definitely the project I just finished a few weeks ago. For the past three years, I’ve worked with a really talented group to produce our own comedy show called “Schmotts.” It’s about a grad student who is forced to move back home with her mom and her new (very obnoxious) stepdad. The first season just dropped at www.Schmotts.com and it’s made up of 5 episodes, 22 minutes each.

It’s been a really long process, but incredibly fun. I think what sets it apart is how we took very ridiculous characters and treated them as if they’re completely serious. I had an amazing cast and crew who took every idea to the next level and made it so much better than originally planned. We also fused a lot of our personal experiences into it (my mom has asked me several times if a certain character is based on her…and she’s not wrong to wonder that).

Without a doubt, “Schmotts” is the most collaborative project I’ve ever directed and I think it’s that collaboration, with a team you really like, that makes filmmaking so cool.

I feel pretentious saying “filmmaking.” Just want to let everyone know that.

What were you like growing up?
I grew up obsessed with movies, Batman, and the Chicago Bulls. I guess none of that has changed.

My mom took me to the movie theater nearly every weekend, no matter what was playing. I think that, more than anything, shaped who I am and what I like.

It’s weird how certain things that might not seem important as a kid end up having such a huge impact on who you turn out to be. Thanks, Mom! 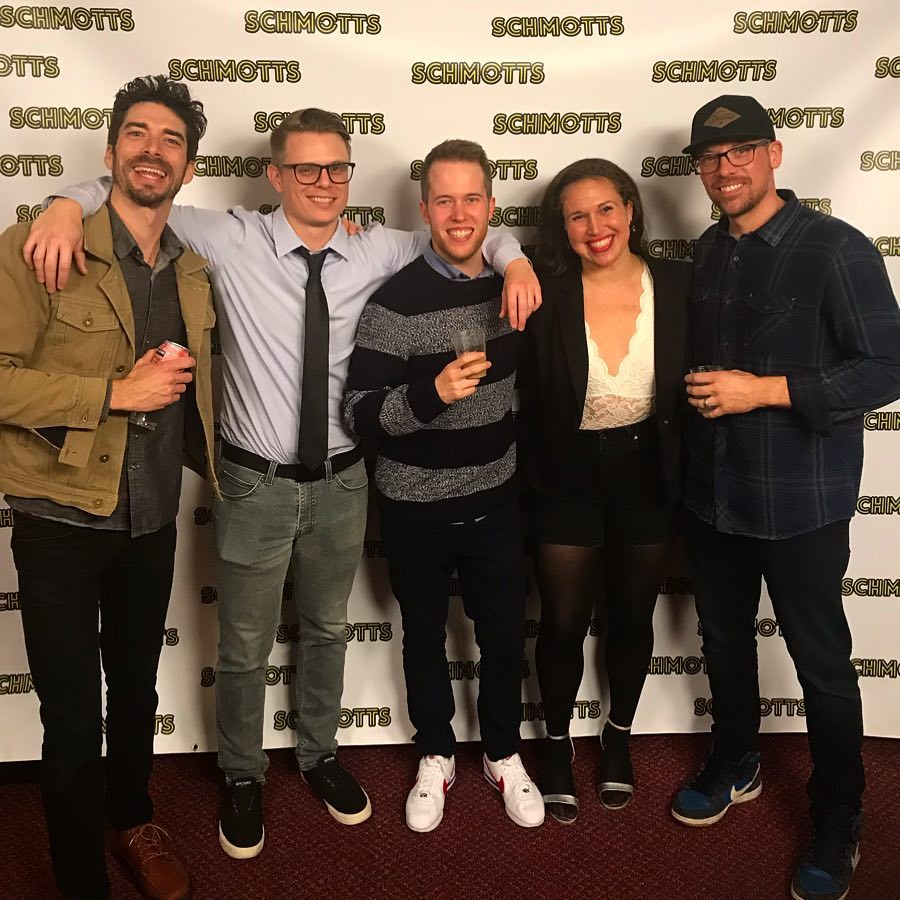 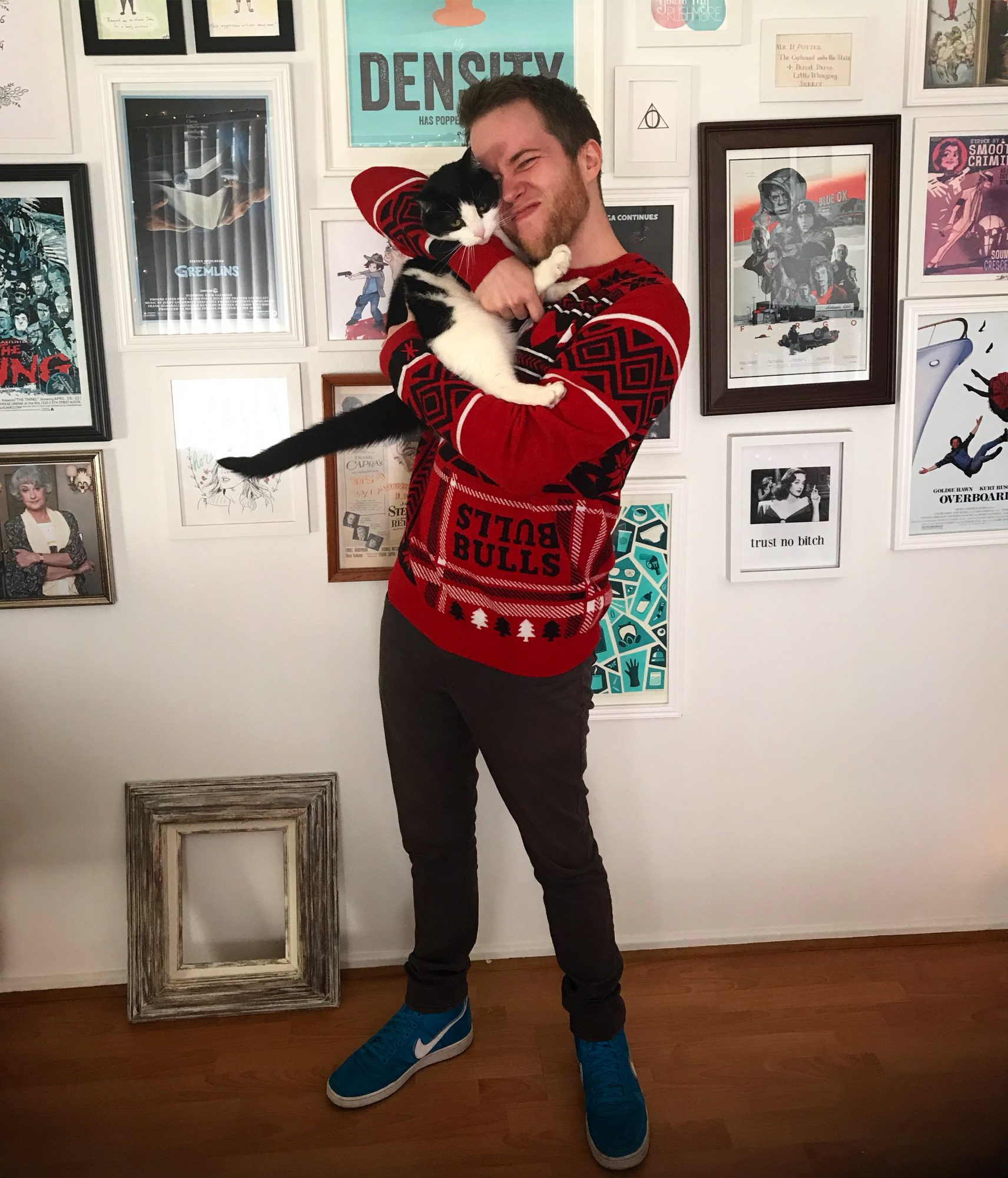 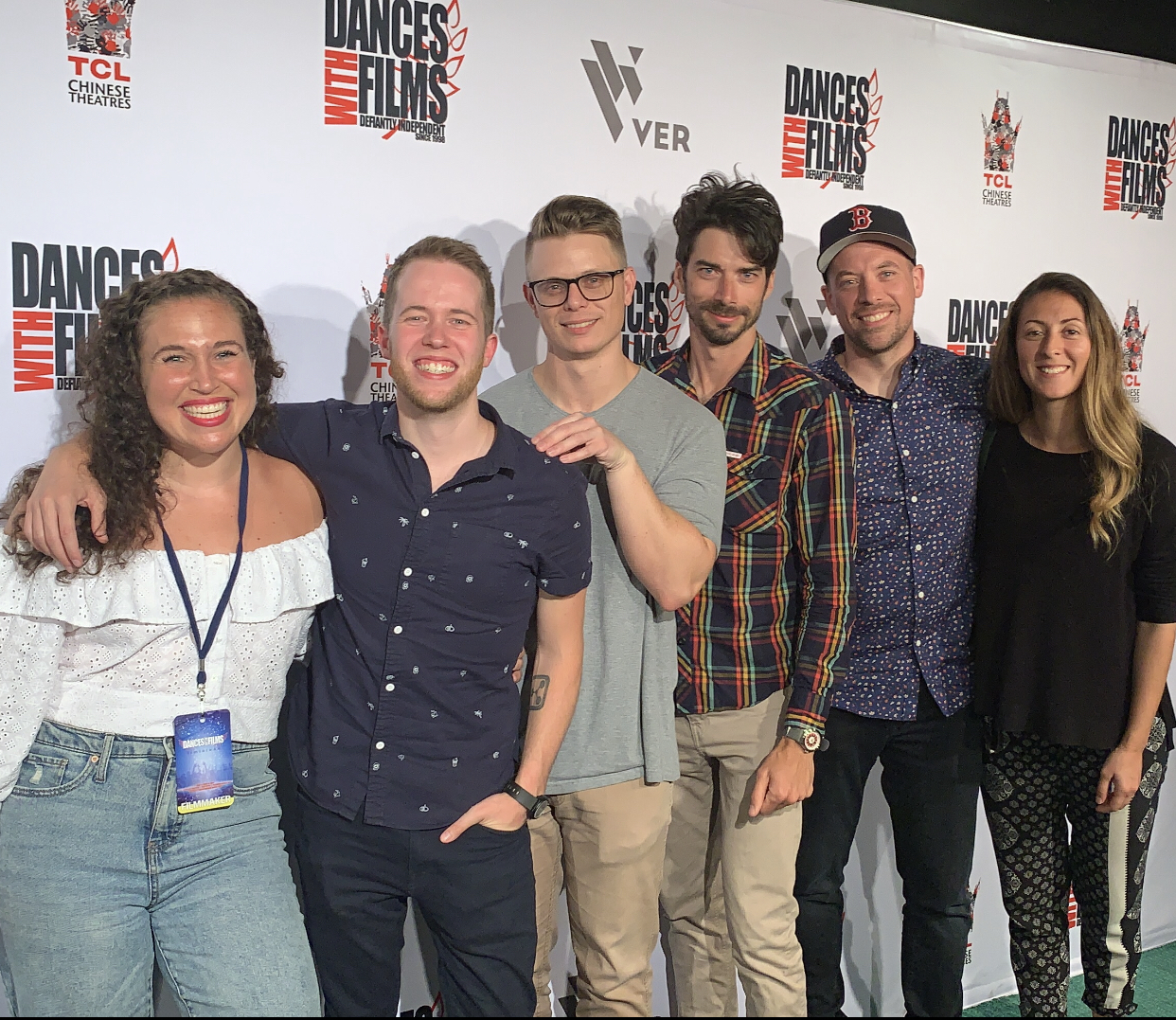 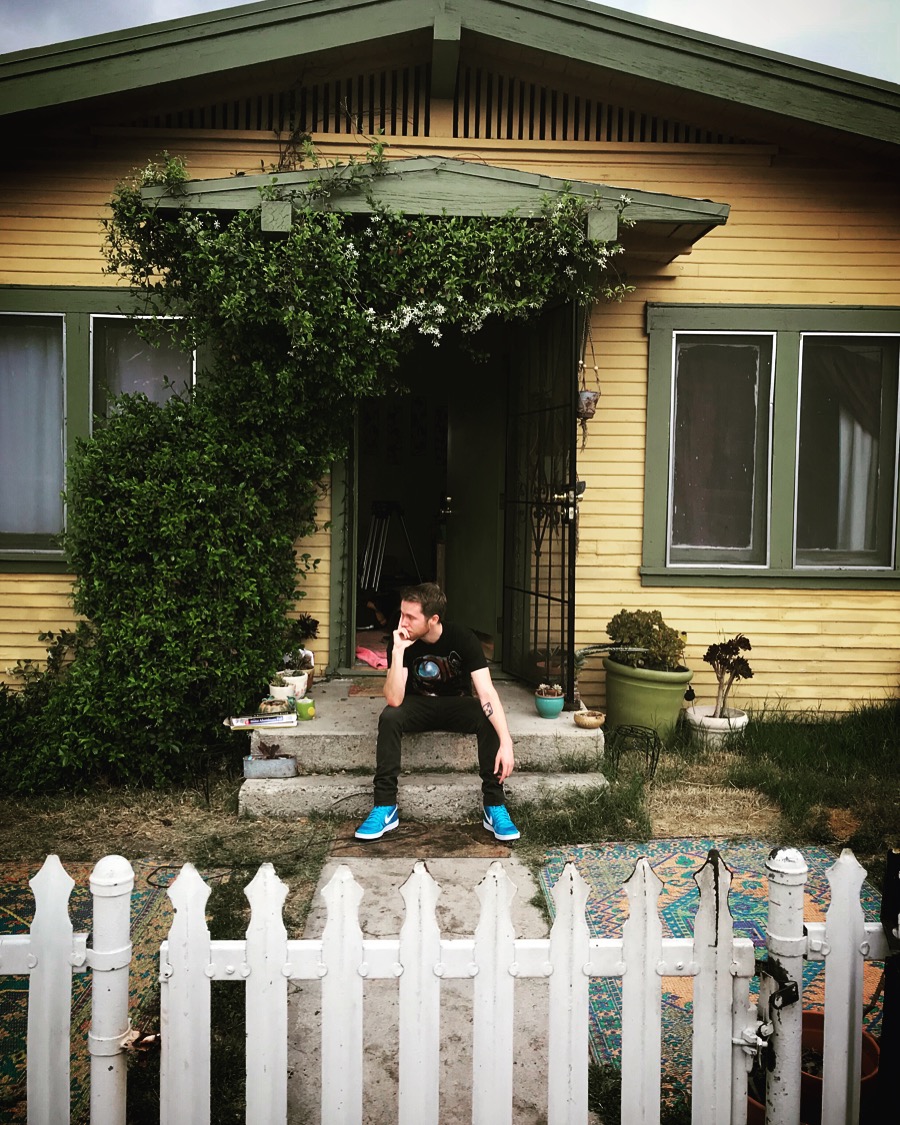 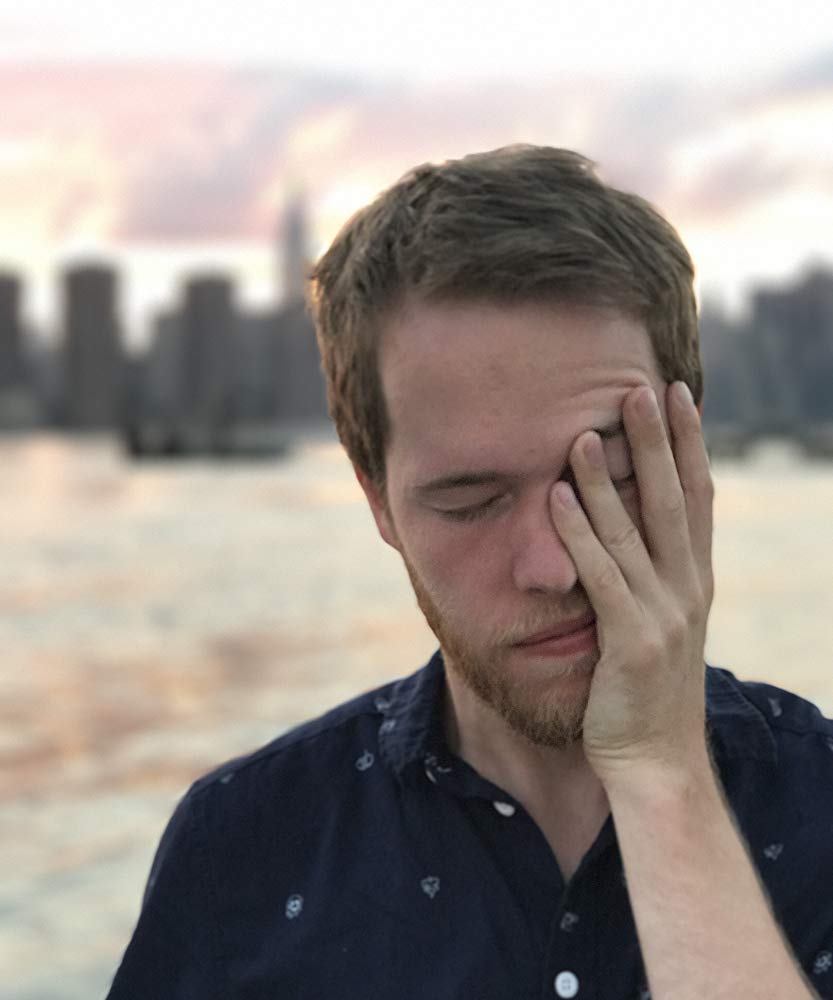