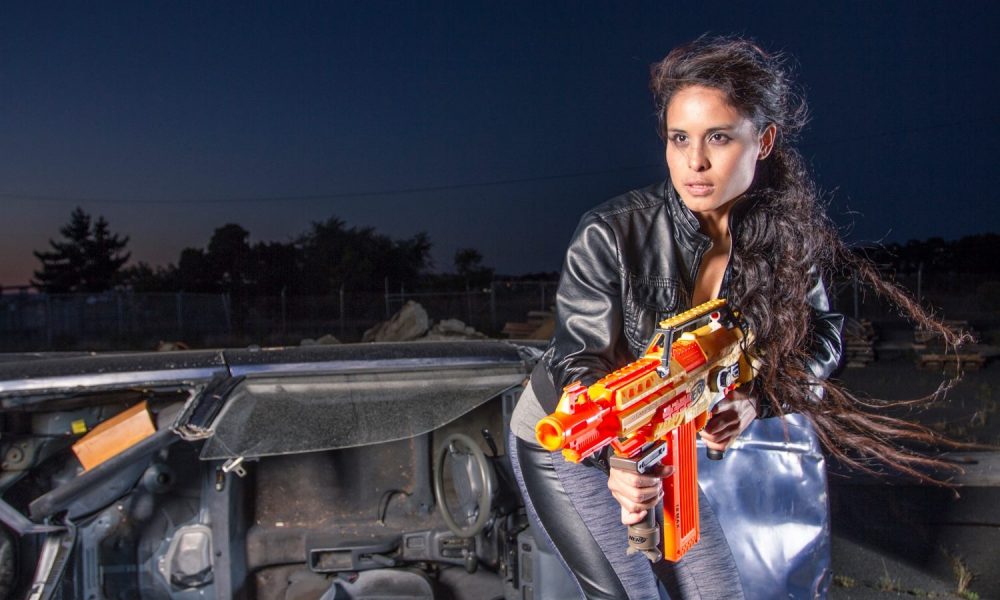 Today we’d like to introduce you to Kristine Gerolaga.

Kristine, can you briefly walk us through your story – how you started and how you got to where you are today.
Hell yeah, and thanks for having me! It was my junior year, spring 2004, and I was sitting in the back of the Vallejo High School auditorium watching a handful of hilarious one-act plays that the students in our drama program had written and directed. After the show, I couldn’t stop thinking about how much fun the students were having and how much fun I had watching them, so I enrolled in drama class for my senior year.

That year, I wrote, directed, and acted in two original – and in retrospect, terrible – plays that got into the Winter and Spring showcases. My (incredibly dope) drama teacher Mr. Eakes even secretly submitted me for a creative scholarship and I won $1000 to use for my college education. After such an inspiring, fulfilling, and creative year, I thought I had it all figured out. I officially caught the acting bug and impulsively told my parents that I’d be majoring in  theatre when I went to UC Davis in the fall. Terrified, they immediately talked me out of it and convinced me that a career in entertainment would not only be extremely difficult, but heartbreaking.

We talked a lot about how tough life was for them growing up in the Philippines. How they worked as hard as they did so that I would never have to endure the same struggles. I didn’t want to disappoint them so I listened and agreed even if it destroyed me. After taking back my enthusiastic “YES” to what excited me, I instead said a reluctant “Sure…” to picking something more practical. As kids, we were led to believe that we already had to know what we wanted to be when we grew up, so the people pleaser in me used to tell people that I’d be a dentist one day even though not one ounce of me actually wanted that.

So I’m not kidding when I say that I literally ran my finger down the list of science majors in the course catalog and randomly landed on biochemistry (WHAT) when I chose my new major. I figured that was something a dentist would major in…? So, that’s what I went with and had plans of one day spending the rest of my life in everyone’s mouths. (To be clear, I only have gratitude for dentists, so shout out to them for the work they do to keep our mouths healthy!)

Fast forward to 2008, and bitch, after failing two chemistry classes, getting put on academic dismissal, and suffering through two years of being the most depressed and suicidal I had ever been, HELL NO I was definitely NOT going to become a dentist. I switched to majoring in sociology to avoid getting kicked out of school and that’s when things started to look up. I was learning so much about the human condition that it became especially influential in the kinds of stories I gravitated toward and tell as an actor and filmmaker.

I finally stopped holding myself back and secretly joined the Film Actors Club – a group I found on Craigslist of all places – that met in Sacramento to practice monologues and improvise scenes. I was the only woman in the club and was lucky to have found a group of kind, protective, older men who seriously just wanted to put in good work and improve their acting skills. One of those men would eventually cast me in my first leading role in a short film that gave me my first IMDb credit.

I loved the process so much. I started looking for projects to submit for (guess where! …on Craigslist!) and went to my first audition at a Round Table Pizza. I surprisingly booked the short film and simultaneously experienced my first career heartbreak when months after the shoot I found out that the footage was lost and that the project would never see the light of day.

In 2009, I got the courage to tell my parents that I was officially committing to pursuing an acting career. I got a job as a group home residential counselor for at-risk youth and attended evening acting classes at the Beverly Hills Playhouse in San Francisco – found again, on Craigslist (what a treasure chest!). I spent the next five years there pushing myself to do the scariest shit I’d ever done at that point and some of the best work I’ve had the opportunity to do that only my classmates have seen. It was such a special and safe place where we all truly supported each other (something I have yet to find again). It’s there where I found some of my closest friends to this day, including my soulmate and creative partner. It was also there that my teacher Robert Zimmerman encouraged us to stop waiting for opportunities and create our own work.

The first short film that I co-wrote and starred in along with my creative partner Steven Krimmel is called Disconnection, which was based on our tumultuous long-distance relationship. It got its national television debut on NUVOtv for their Emerging Latino Filmmakers showcase hosted by the star of Jane the Virgin and future Golden Globe winner Gina Rodriguez.

Next, I wrote, directed, produced, and starred in a comedic short film about a woman and her personified period called A Period Drama that had its world premiere at Dances With Films, ended its festival run at San Diego Comic-Con, and even snagged a few nominations and wins for Best Short Film. Throughout all of that, I got myself an agent and started booking commercial work in the Bay Area while I continued to make short films and train my ass off.

In 2014, I moved to Los Angeles, closed the gap on my long-distance relationship with Steven, and we continued making short films together while auditioning to act in other projects. From then until now, I faced a ton of rejection as expected, but was fortunate enough to work on some wonderful projects. Here are some of the highlights:

– A Period Drama was picked up by Hewes Pictures for distribution on DIRECTV’s Shorts HD channel and Amazon Prime.

– I got to play D’jharn, a bounty hunter in the popular Star Wars fan film Han Solo: A Smuggler’s Trade starring the fantastic Jamie Costa, the legendary Doug Jones, and directed by the wonderful Keith Allen.

– In 2018, I dropped my agent and manager, stopped auditioning, and decided to focus on my own projects. I created a micro-series called Starring Kristine, where two of my micro-shorts were selected for Toronto International Film Festival’s TIFFxInstagram Shorts Festival out of 23 shorts chosen worldwide. Starring Kristine was then selected for a grant by The Future of Film is Female and played at a special one-night screening in partnership with MoMA at Nitehawk Cinema in NYC, summer of 2019.

– And my latest news: I was selected to be a part of an exciting project from ATTN: and Amazon Fire TV. With their support, I was given the creative freedom to write and direct an original short film and was paired with an established mentor to support me through the process. I got an amazing team together to create Concealer, a horror short in the vein of The Invitation and Get Out, about the reunion of two friends and the cosmetics pyramid scheme that almost tears them apart. You can watch ATTN:’s behind the scenes documentary about the project on their social channels and you can watch Concealer on Amazon Fire TV and Amazon Prime.

I’m currently developing a few feature films, including one for Concealer, making more Starring Kristine micro-shorts, and continuing to look for work as an actor and director on my terms. I’ve lived with and continue to work through my depression, but I’m always optimistically looking forward to what the future may bring!

We’re always bombarded by how great it is to pursue your passion, etc – but we’ve spoken with enough people to know that it’s not always easy. Overall, would you say things have been easy for you?
The road has absolutely not been smooth, but it’s been a great rollercoaster so far! Depression is something I’m likely to live with for the rest of my life, but I’m always improving my self-care routine and doing what I can to destigmatize mental health issues. Like most people, rejection is the most common obstacle I’ve had to deal with and I’ve learned to move on quickly over the years (but trust, it still stings for the first few minutes or days).

Rejection from: Projects I’ve auditioned for, from film festivals, writers and directors labs, contests, and everything under the sun that thousands of vulnerable actors and filmmakers pour their souls into hoping for that chance to advance their careers. Financial struggles are another common obstacle that I seem to figure out every year even when things got reeeeaally scary in my bank account. Finding the right day job so that I could continue working on my projects is another ongoing issue.

Finding the right people to do projects with is another heartbreaking part of the process. Being disrespected, underestimated, and feeling undervalued by your teammates can be devastating for your self worth, but I think I’m finally getting closer to zeroing in on my most trustworthy collaborators and I’m always grateful to those who have put their trust in me. And even though the industry is slowly but surely improving, real career-making opportunities for marginalized actors and filmmakers are still rare. As a Filipina actor and female filmmaker, the stats for people like me making it in this industry are still abysmal, but the small percentage of those who are leading the way gives me so much hope.

Tell us more about your work.
I am an actor and filmmaker. I love to tell stories that center underrepresented people, that explore social issues, and sometimes I just want to make people laugh. I’ve always gravitated toward the idea that stories are meant to hold a mirror up to society and that’s something I like to do in my work.

Has luck played a meaningful role in your life and business?
I’m about to drop two clichés. I do believe that good luck is when preparation meets opportunity. I work very hard so I am lucky when certain opportunities come along that I’ve been prepared to take on. And in terms of bad luck, it’s really true when they say that if you want to book an acting gig, book a plane ticket! 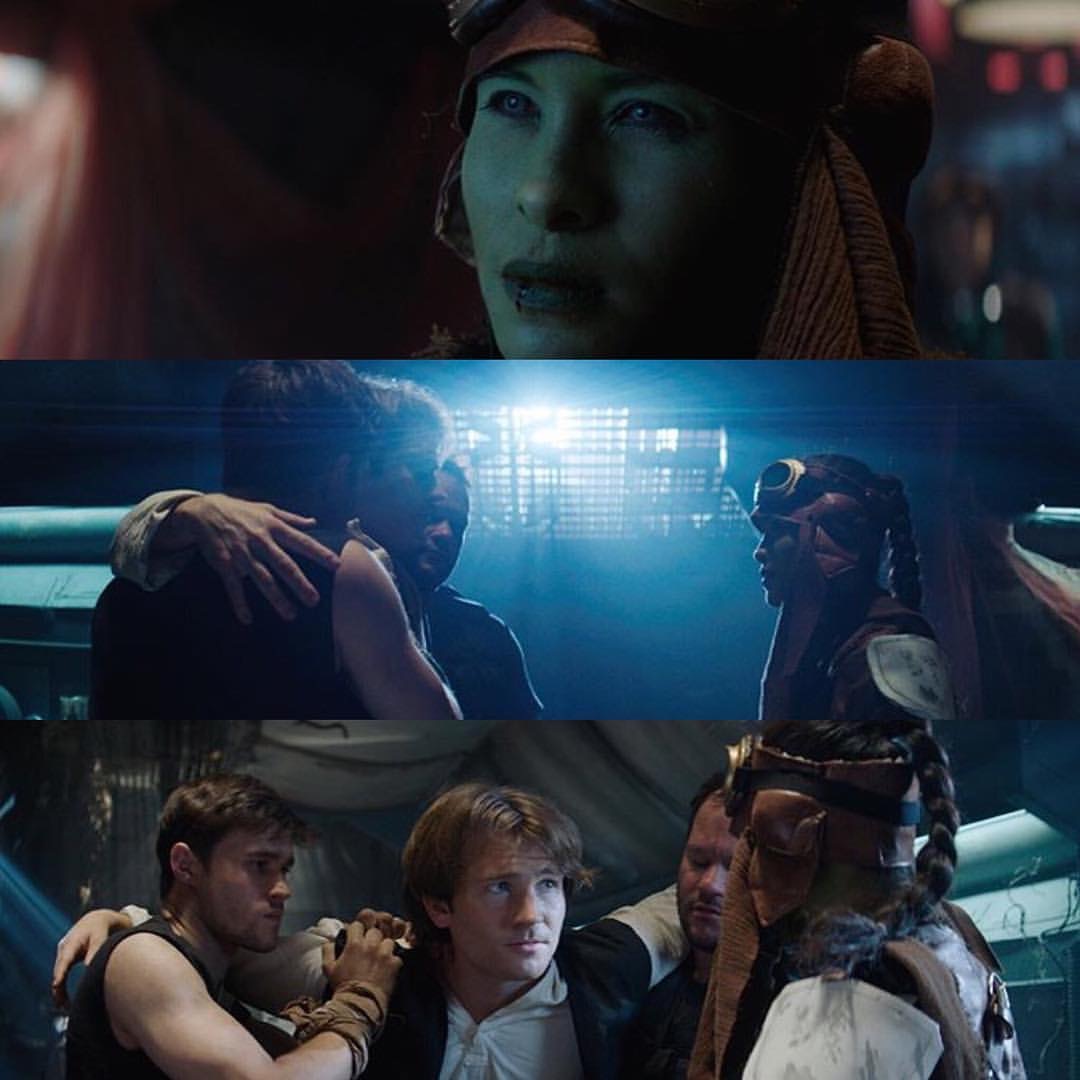 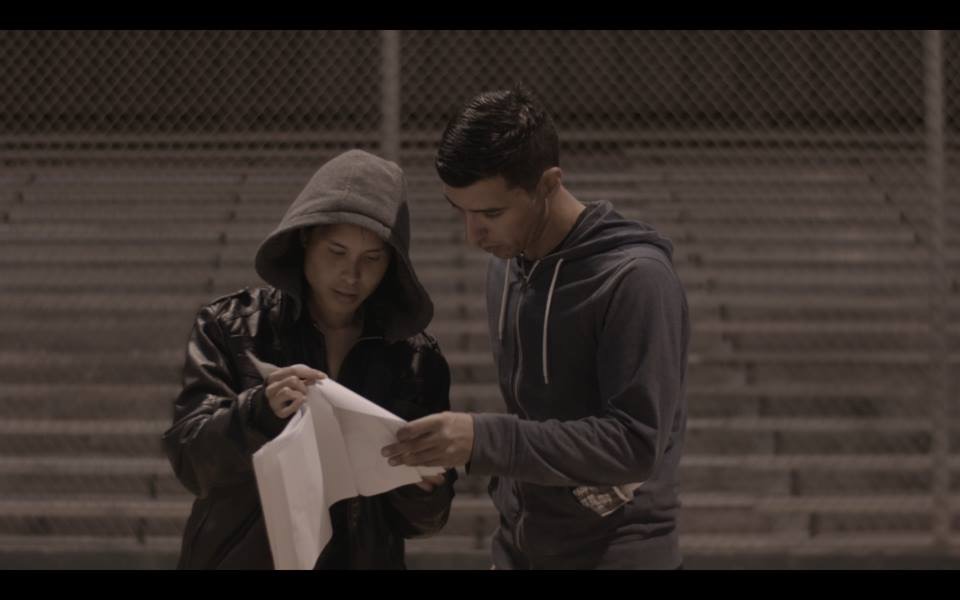 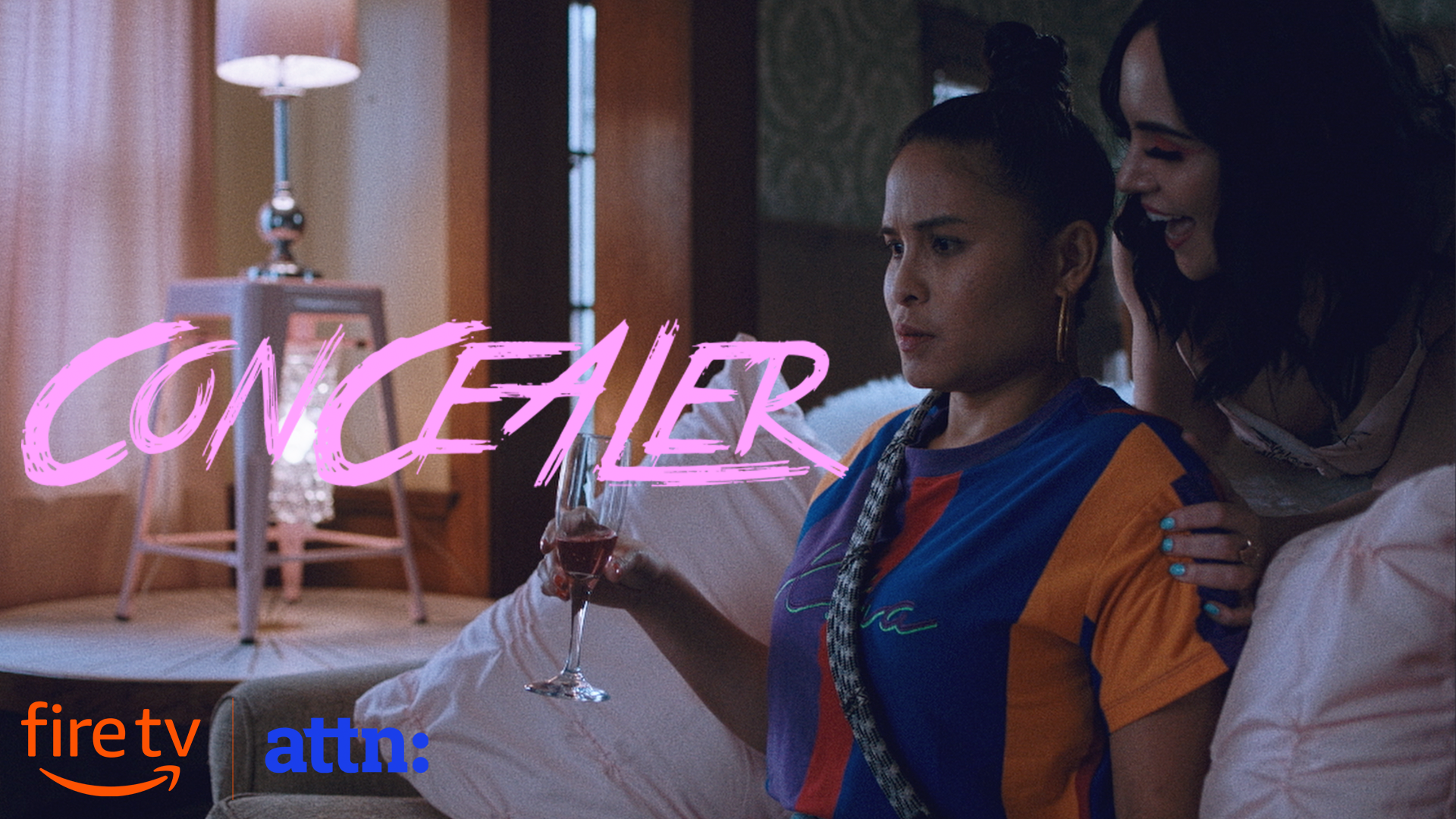 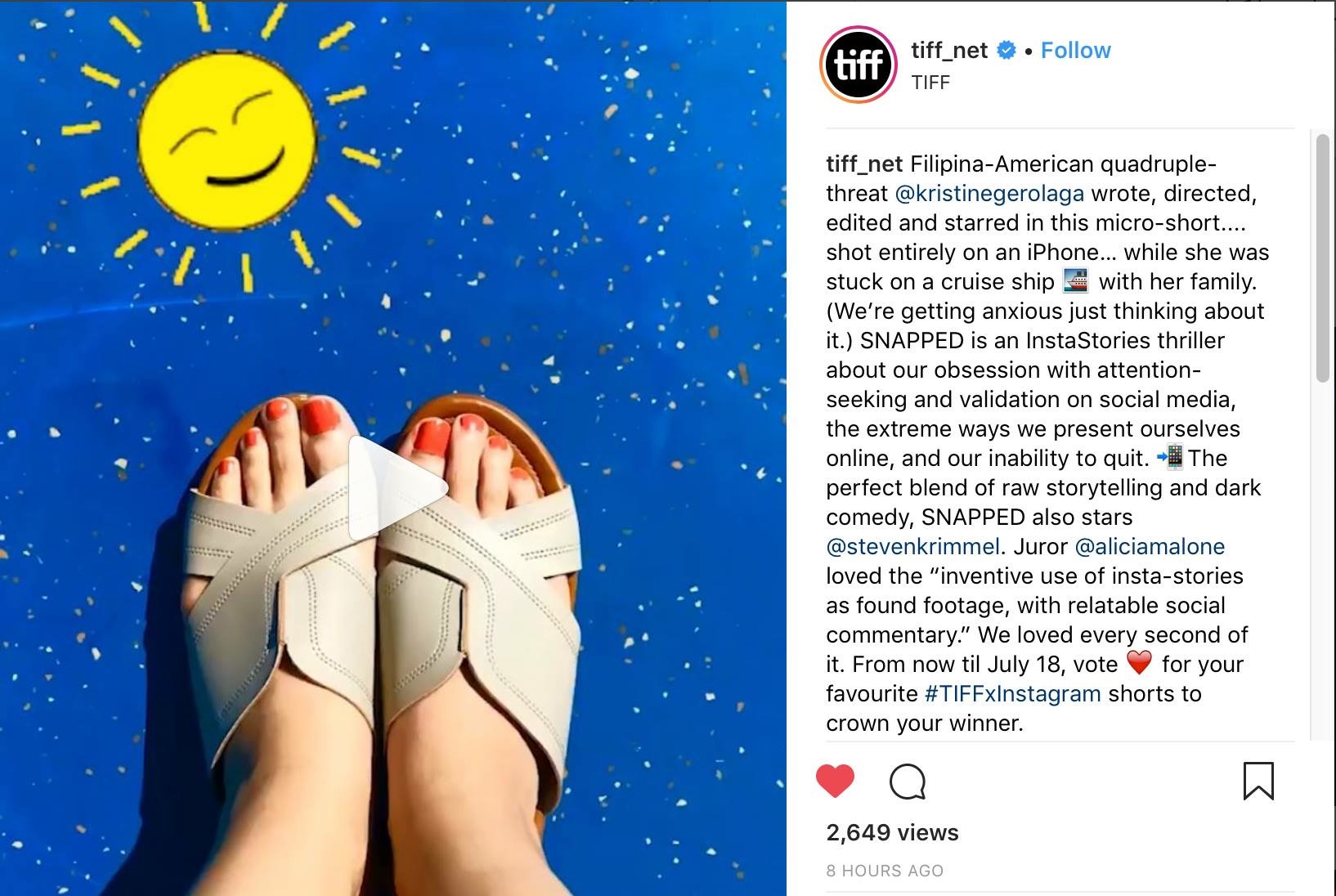 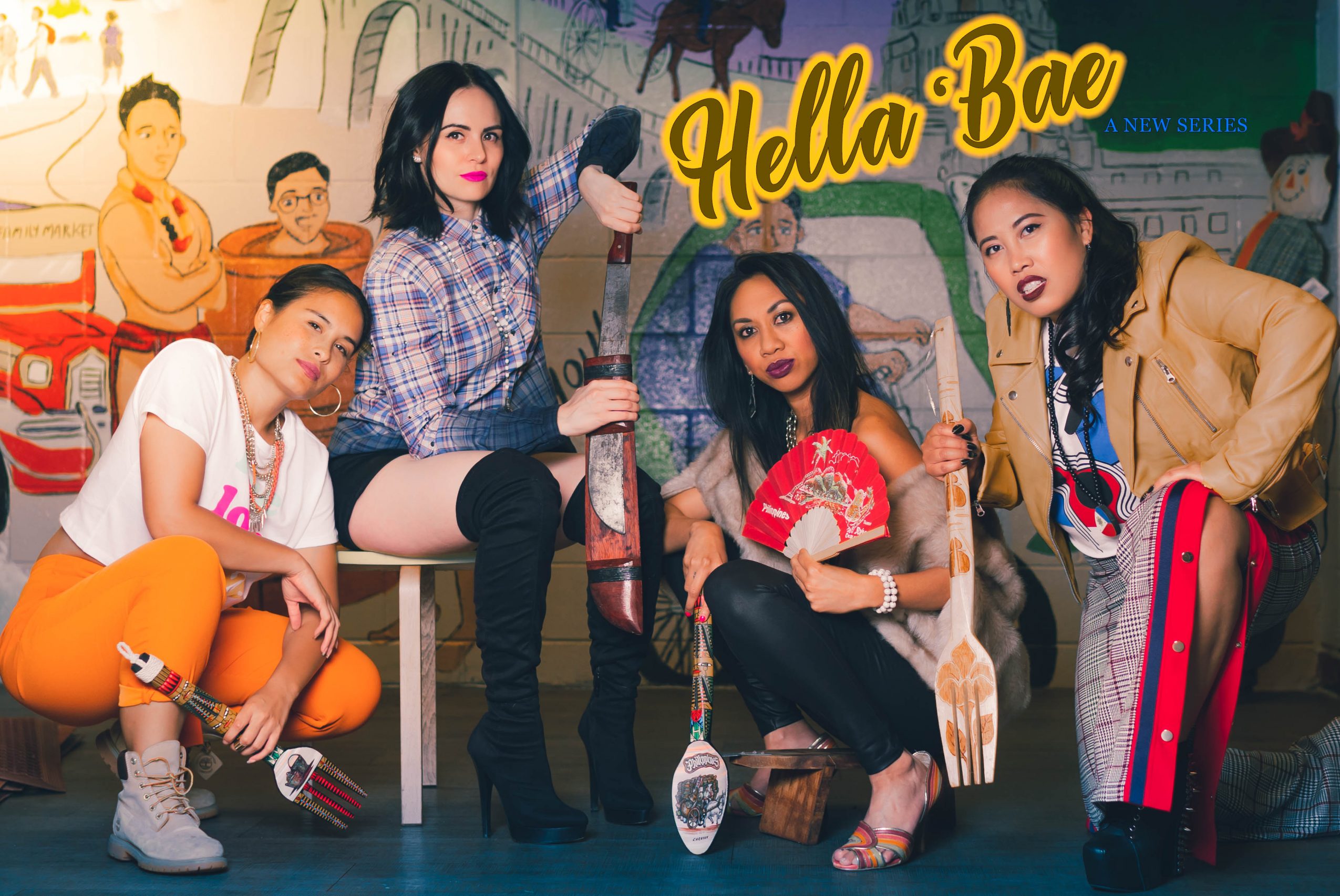 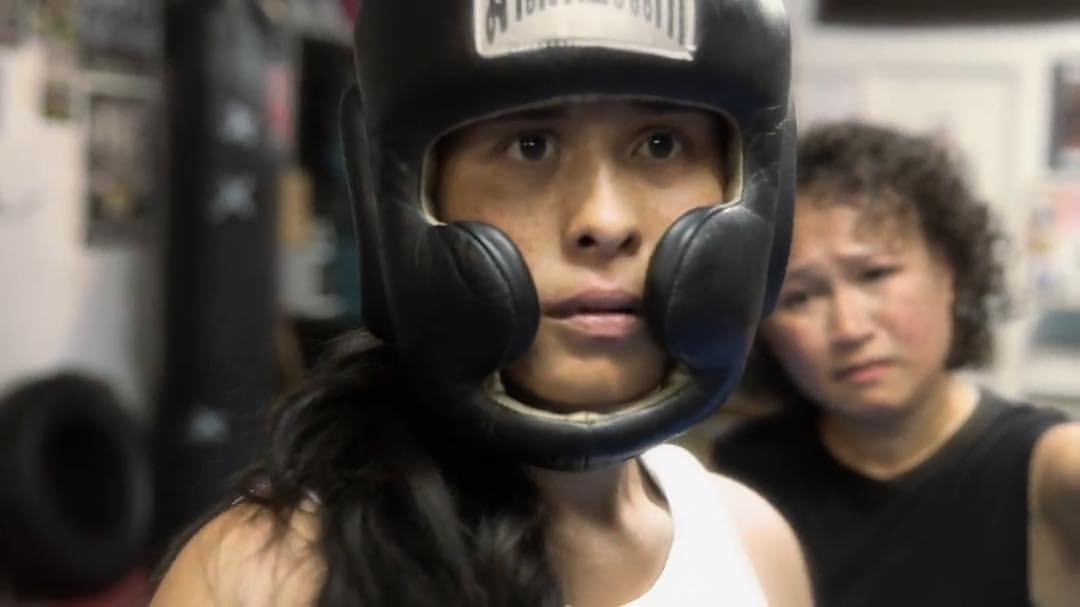 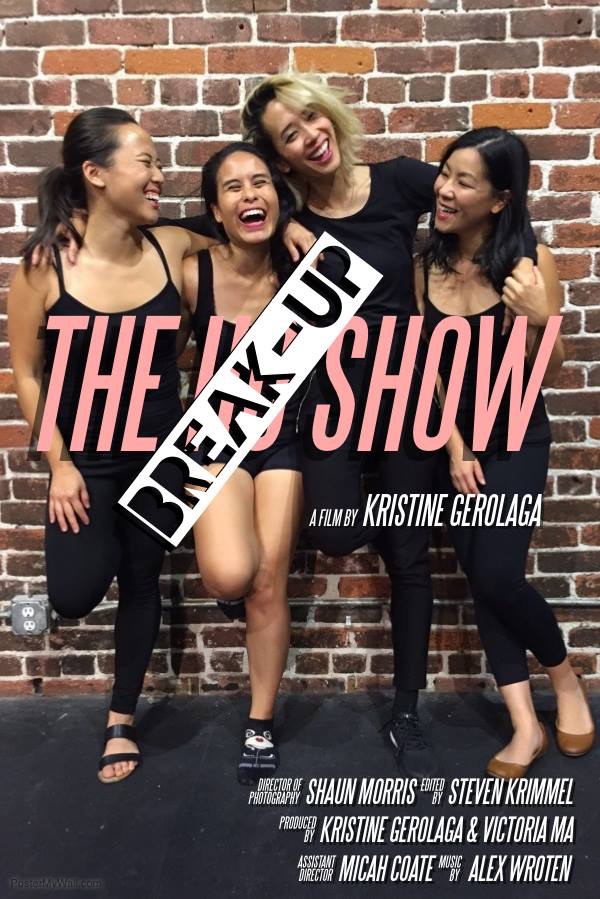 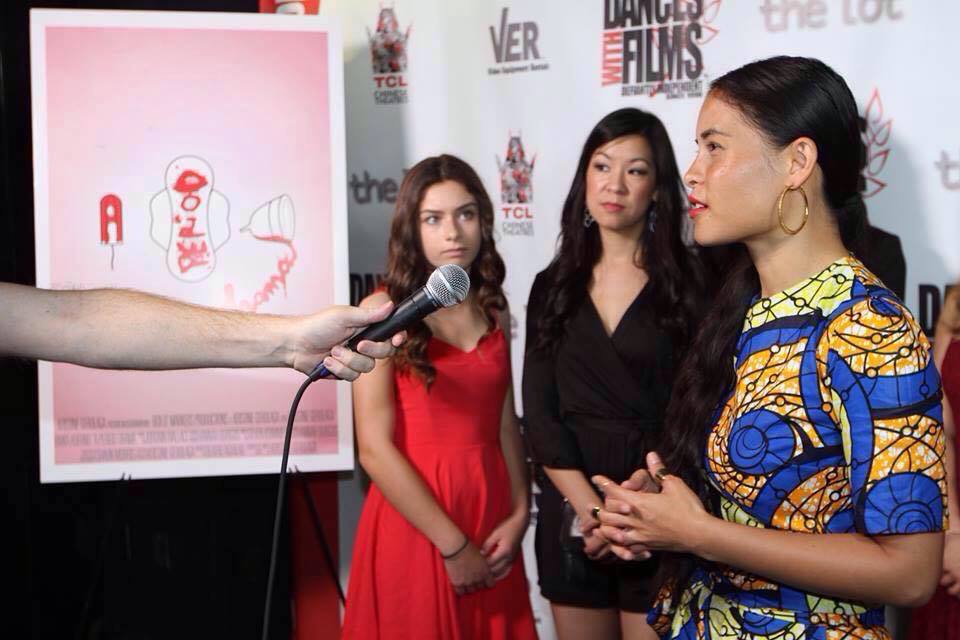