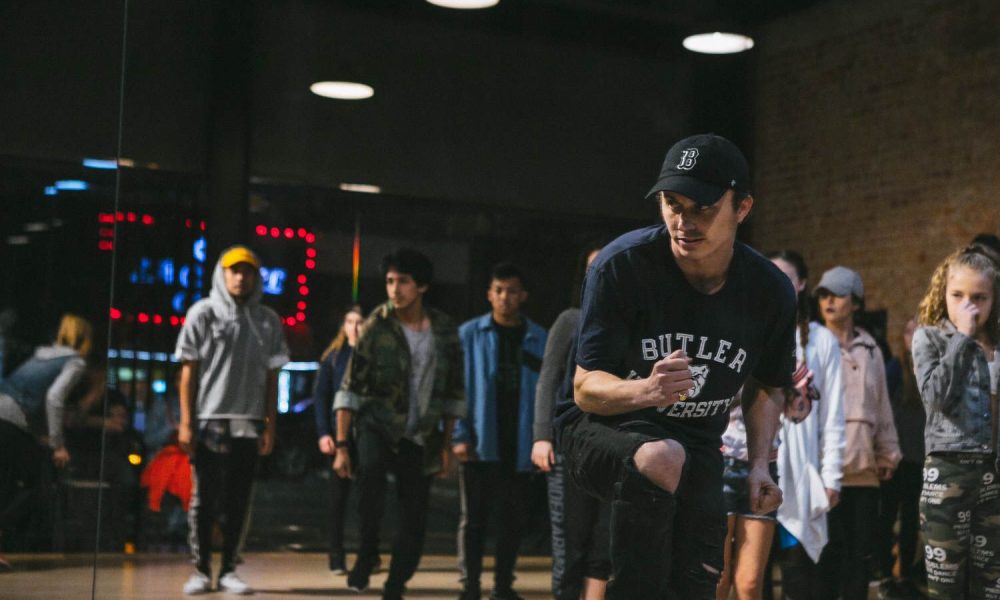 Today we’d like to introduce you to Kenny Wormald.

Kenny, please share your story with us. How did you get to where you are today?
I was born in Boston, MA., where I studied from the age of 6 – training in Tap, Ballet, Jazz, Modern and Hip Hop. After graduating high school, I moved to Los Angeles to pursue a career in the performing arts. In October 2011, I was cast as the lead role of Ren McCormack in Paramount Pictures remake of Footloose. I then went on to appear as a guest on The Tonight Show with Jay Leno, ELLEN Show, Jimmy Kimmel Live, and Dancing with the Stars! After Footloose, I went on to star in several films as an actor including the critically acclaimed, LOVE & MERCY, where I play the Beach Boys’ drummer, Dennis Wilson. I recently appeared on AMC’s smash hit TV series, Fear The Walking Dead.

As a dancer, I have been fortunate to work with artists such as, Justin Timberlake, Madonna, Janet Jackson, Britney Spears, Mariah Carey, Christina Aguilera, Chris Brown, Jennifer Lopez, Michael Bublé, Jessica Simpson, Nelly Furtado, The Pussycat Dolls and more. A highlight was being part of the MTV Video Music Awards Michael Jackson tribute. Other credits include the MTV’s series DanceLife, and the dance film franchise’s, Centerstage and Honey.

Aside from performing, I am incredibly passionate about teaching and I teach/choreograph in conventions and workshops all over the world. February this year – Robin Antin and I joined forces and opened up our own dance studio PLAYGROUND LA located on the famous Melrose Ave, where we offer Master Classes, scheduled daily dance & dance fitness classes – Taught by the industry’s hottest teachers & choreographers. We have only been open for a couple months but the studio has already been the home to some of the industry’s top choreographers including Mandy Moore and Marty Kudelka as well as host to several reality TV shows and production companies. It has been a really exciting time to see all the amazing support and talent that has come through our studio’s doors.

Has it been a smooth road?
Definitely not a smooth road! There are new struggles each day, but because I love what I do. They’re worth the fight.

Being a performing artist and choosing it as a career is extremely insane. There is literally zero guarantee. Every day is a struggle… We audition thousands of times over a career and we hear “no” all but a few times. But those few times you hear yes, well, those can change your life.

The cool part about these challenging moments is almost everyone else deals with them too… you’re not alone. The friendships I’ve made during my 15 years of living in LA have had a huge impact on my career. They motivate me, support me, inspire me… and hopefully I do the same in return.

Surround yourself with people that have a positive way of thinking. Motivated to do the things you see yourself doing!

So, let’s switch gears a bit and go into the Playground LA story. Tell us more about the business.
The Playground LA is a dance space on Melrose Avenue that offers dance classes from the industry’s top tier choreographers/instructors & also Rentals for events/shoots/shows etc.

We have rapidly become one of the top dance studios in Los Angeles!

Myself and Robin Antin teamed up last October, we then started construction immediately after getting the keys. Doing most of the work myself along with some incredible friends, most were professional dancers as well! We opened our doors Feb 1st. I taught the very first class and it was packed! Old and new friends came to support!

Since then, our studio has boomed!

What sets us apart? We are on Melrose Avenue. Only owned by 2 performing artists, so we know what people want. We’ve created a space that caters to the artists, not the corporate detachment we see other places

How do you think the industry will change over the next decade?
The industry is ever evolving especially with the internet and video content but the thing that will never change is dance, no matter what the style people will always be dancing and creating and People will always need a space to dance so providing a space we can grow and create along with them so we are excited about the next 5-10 years.