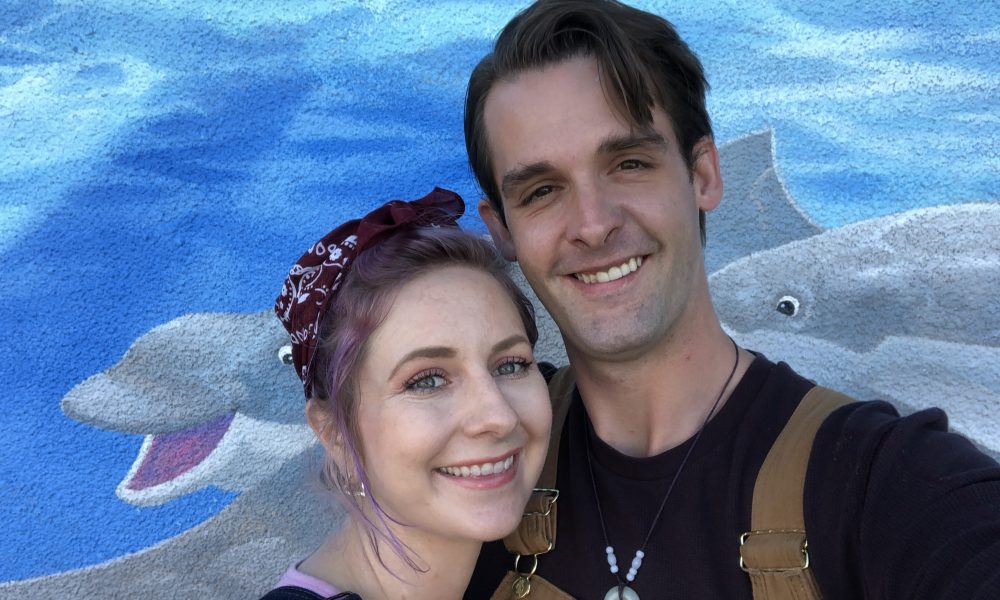 Today we’d like to introduce you to Kenny McBride.

Kenny, can you briefly walk us through your story – how you started and how you got to where you are today.
As I remember it, my first thoughts as a child were of starving to create. Learning to draw was my first addiction, it is unquantifiable and affirming to becoming good at something and I felt that. When I graduated 8th grade my stepmother suggested I audition for Orange County High School of the Arts. My time was great, I was taken seriously for my talents and so absolutely didn’t do my other school work.

Getting kicked out over summer break before eleventh grade was one of my first wake up calls. The message was clear; get back in no matter what. It felt horrible to be so “demoted”. I was accepted back into OCHSA for twelve grade year with a GPA higher than I thought they could go. At this point, I figured I’m good I’m back in and so focused on guitar, art classes, playing rock and roll and overall not doing my homework.

I hardly made it out of there. After an amount of couch surfing, I ended up living in a music studio for about two years and trying to become a famous guitarist. That did not happen and so that dream dissolved as quickly as my place to sleep. It is around this time that I met my future wife and business partner, Anna Schoenodorfer. Madly in love and homeless was a great time to rediscover my passion for drawing and painting. When Anna went to college in Merced we began a long-distance relationship that only forced me into a deeper obsession with my creativity over the next three years.

My twenties were definitely spent in the pursuit of mastery at what I do. I never took more than a part-time job and focused largely on painting. Particularly whatever I could, both from life and imagination. Anna and I were living in Merced; she graduated and I was struggling with starting an arts community engagement group called Shut Up N Smile. We decided it was better to leave the small town and head back to Southern California, arriving and setting up studio in Long Beach.

It was at this studio, Art Exchange, in Long Beach that I was able to make my introduction to the colorful city. It has been six years since Anna and I moved here and during the first three, I taught at several locations and showed art as Anna excelled in the corporate world. Two catalysts pushed me towards creating the business we run today. One was a critique from a studio mate the other was a death in the family.

Overall, has it been relatively smooth? If not, what were some of the struggles along the way?
Standing late at night out front my studio and looking in at a few of my paintings a neighboring studio artist and friend asked if he could give a critique. The paintings were all whimsical, imaginative, colorful and unrelated to each other. The critique was not on my technique but rather the intent. Put bluntly my display was summed as being masturbatory. What is it’s purpose past my own gratification I received from the act of painting it? Out of all critiques this is the one that sat like a silent troll at my shoulder for the following two years, whispering into my thoughts; who are you doing that for?

My Mother In Law was my biggest fan since the first day I was introduced. She would beam just glancing at any little sketch and was my first serious patron; every time I visited she would have a stack of new canvases she had bought for me. If this is how special she made me feel it was a fraction of what she made Anna feel. After she passed Anna was able to do her job with some enthusiasm for another year but we could both see that she was drained.

Days following Laurie’s passing and finishing a mural I had been working on over the week prior is when I had my realization. Art gives me such personal peace and it is why I do it, particularly drawing what’s in my head. Large artwork and murals have the power to confront people with their feelings; it can suspend them in a state of disbelief, wonder, calm or any other way of being. It was a simple purpose placed in front of me, forget about what’s in my own head and make a future out of getting the vision out of other’s and onto their walls.

Please tell us more about your art.
McBride Arts is the mural team that Kenny and Anna McBride have created together. Our mission is to inspire people in their spaces. We create sight specific artwork for businesses, public spaces and homes. Creating murals for students on school campuses is an aspect of our business that brings pride and aligns us with our mission. I enjoy the challenge of painting large and co visualizing with clients.

We also have had great opportunities to work in our community and with the local residents. It was inspiring to see so many come out and volunteer over 250 hours and make our largest mural at Washington Middle School in Long Beach possible. Recently Anna reached out local businesses that have had to board up because of riots and offered free murals.

One of the murals was a portrait of George Floyd and it was vandalized the same night we painted it. We repainted it the next day after watching the security footage displaying the hateful act. This resulted in quite an outcry from the community, many came forward with stories of actions of hate the vandal had directed at them. Because of the strength and persistence of those community members he was brought to justice.

It is endlessly affirming to create artwork on walls for others everyday. Several times people have told us that we don’t realize how much impact we are making and I know they are right. We do try our best to take on meaningful work and feel so great full to have been able to make lasting connections with our city and local communities along the way.

Any shoutouts? Who else deserves credit in this story – who has played a meaningful role?
It goes without saying that I cannot create this scope of work without Anna having left her job to share her talents alongside me. It is living a dream I never could have imagined, to be able to work alongside the love of my life. My first mural was commissioned by my Mother in Law at the Social Security Office she was manager at.

Our first city mural was made possible by a persistent advocate, Jim Danno, who pressed through any obstacles in order for us to paint a pedestrian bridge over the 710 freeway. Bryan Amburgey also has advocated for us several times and was crucial in securing our large community mural in coordination with the city and school district at Washington Middle School. And if we want to talk about cheerleaders, I have got the greatest neighbor, Cindy, who has seven murals from us and has directed us to countless more. Anna and I talk about advertising sometimes but we never find time to do it, we feel so blessed to have such loyal customers that often become advocates of our art and help keep our dream growing. 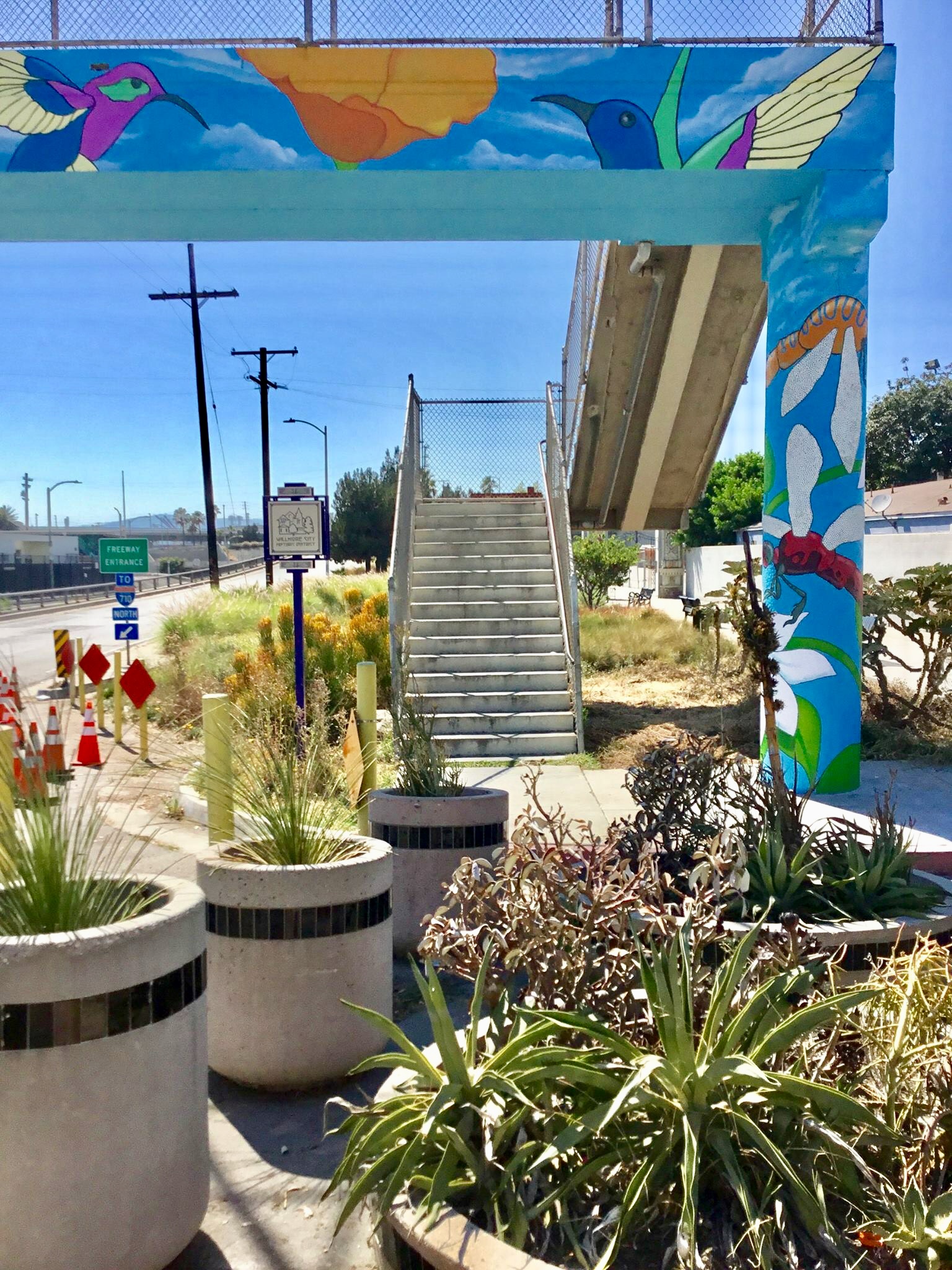 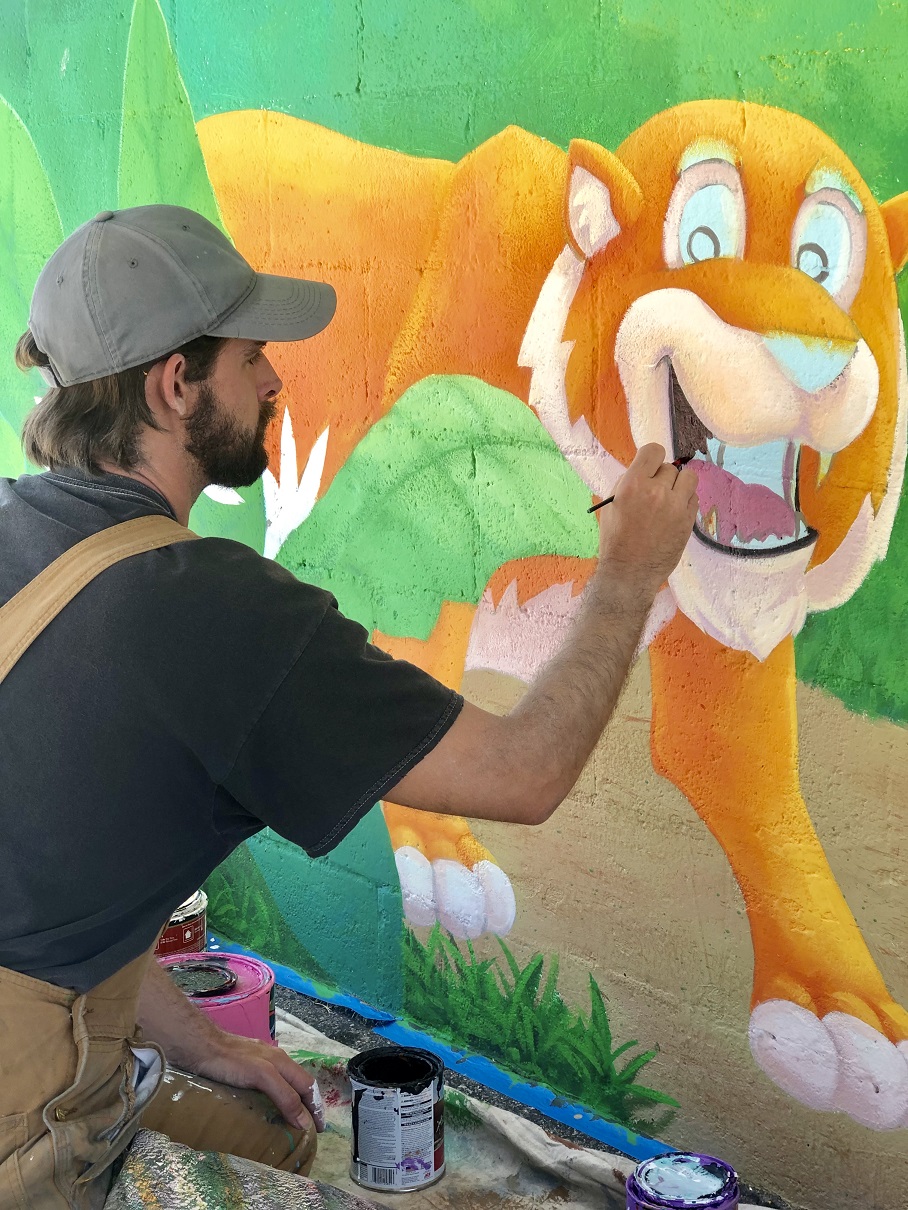 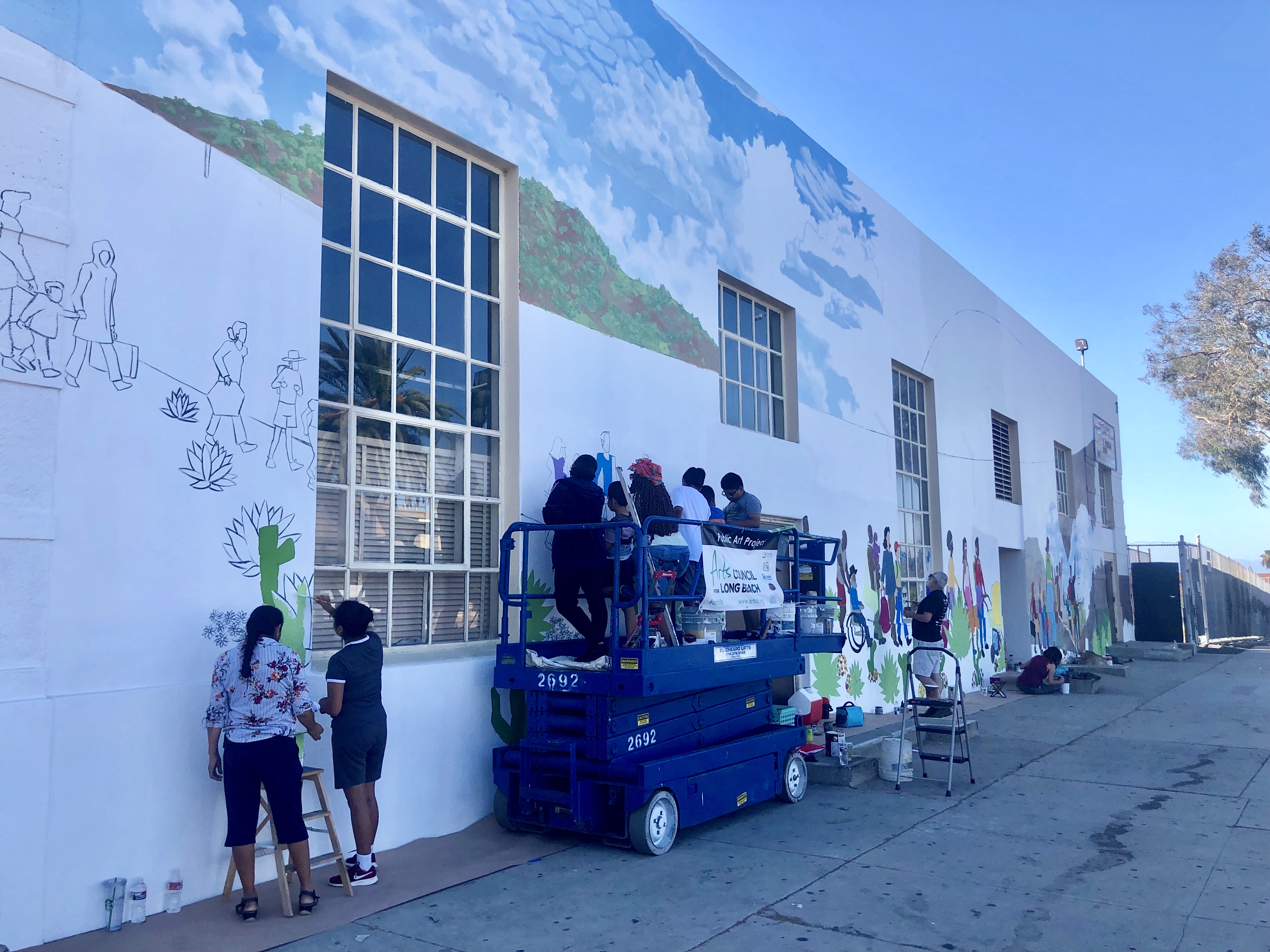 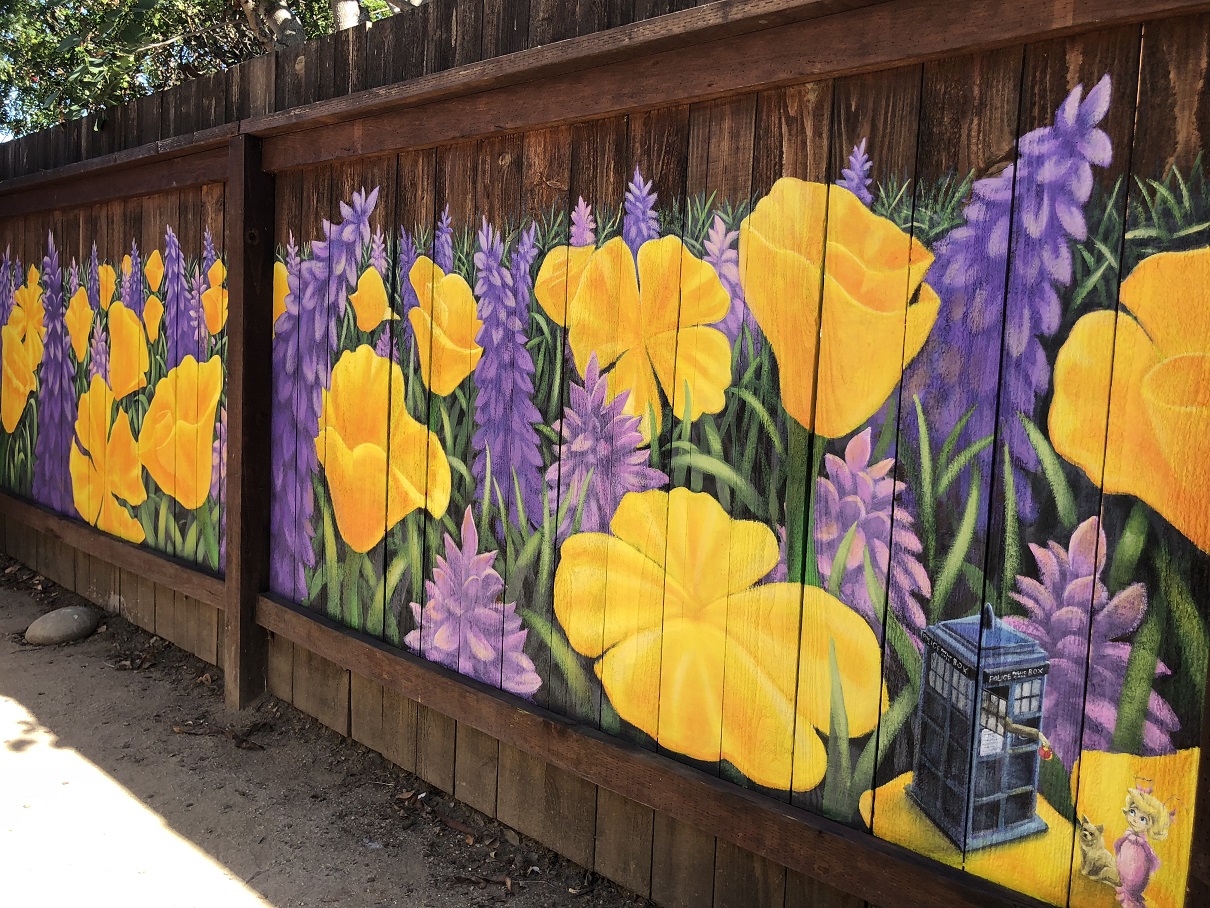 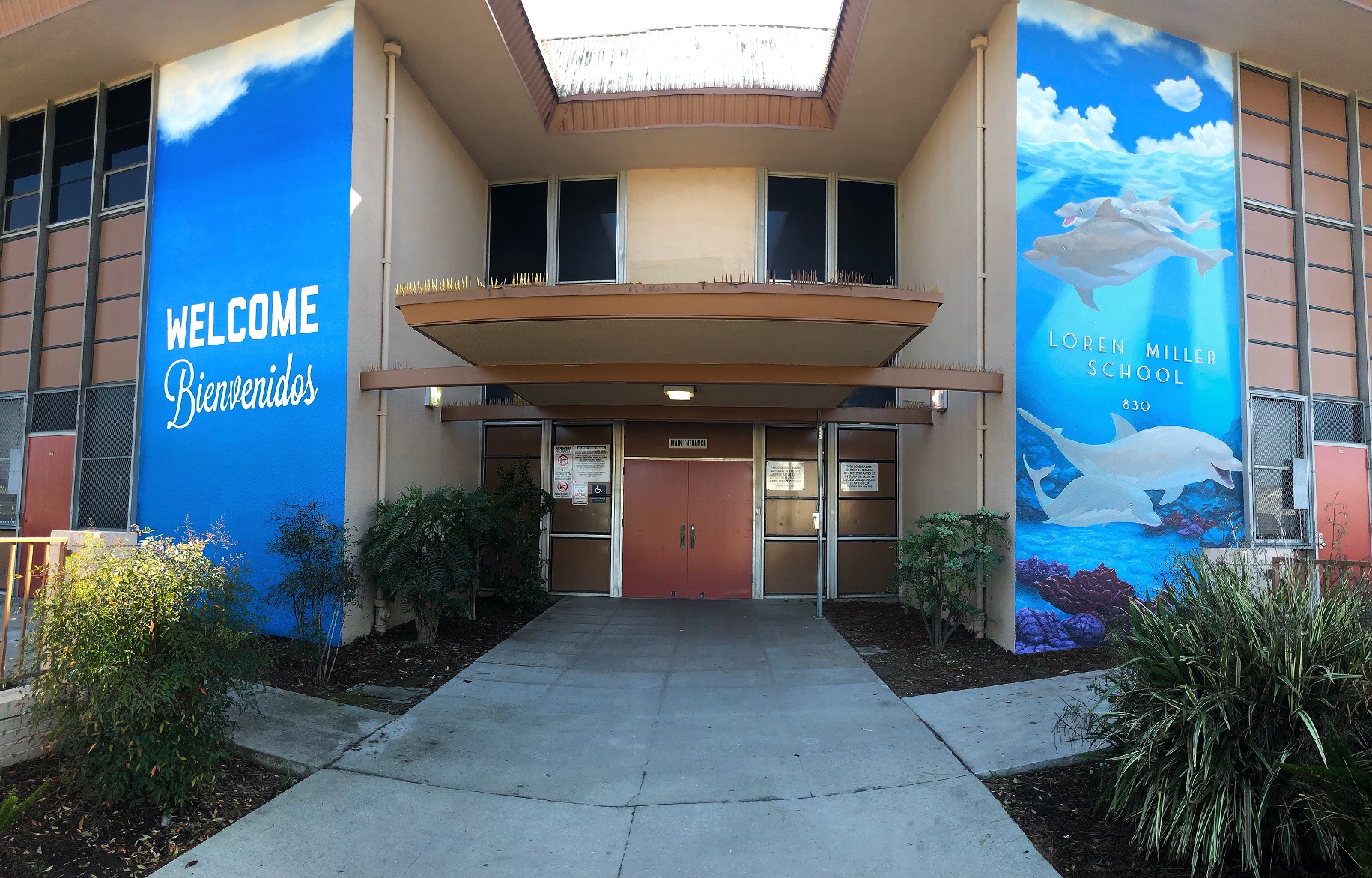 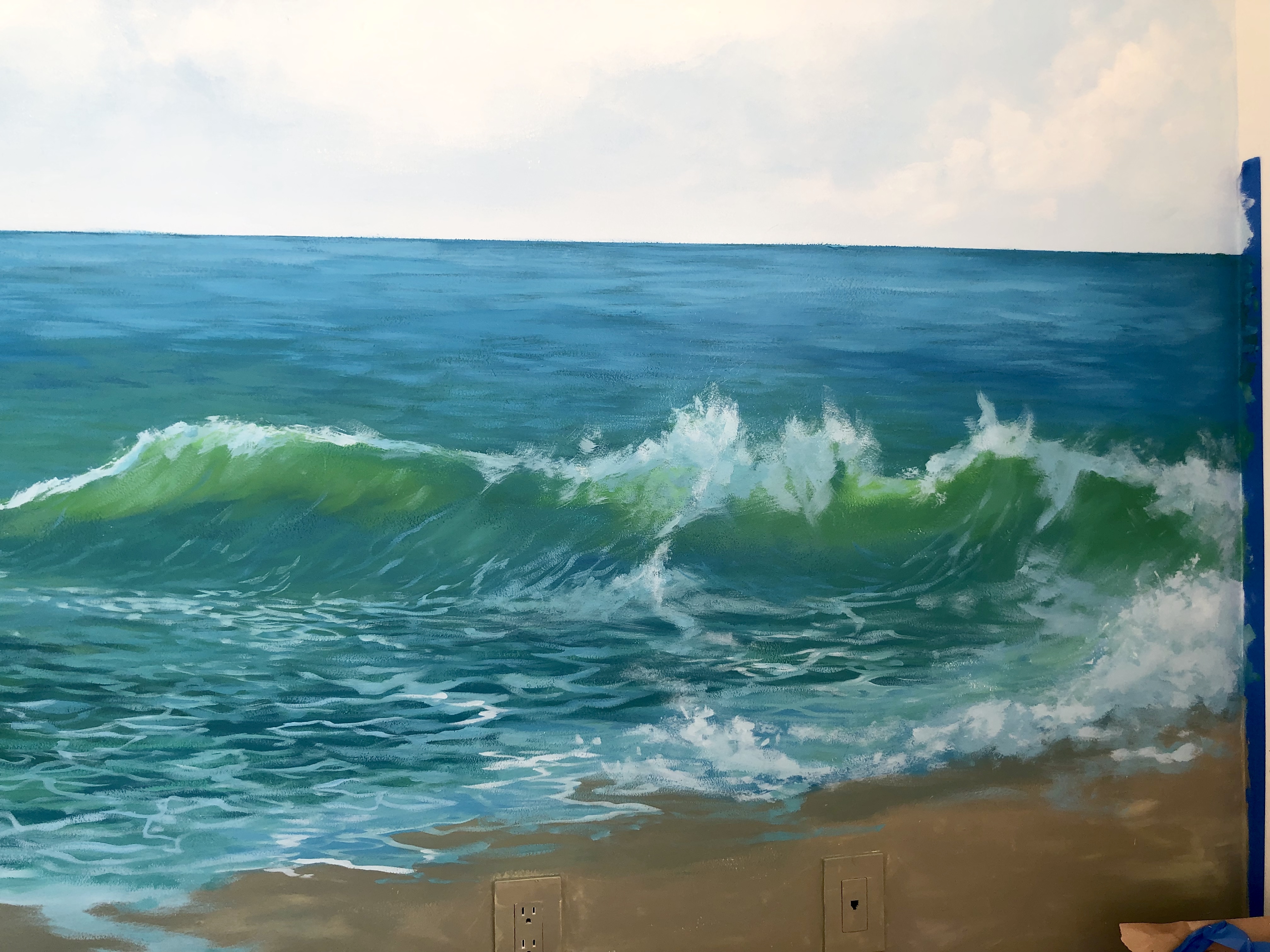 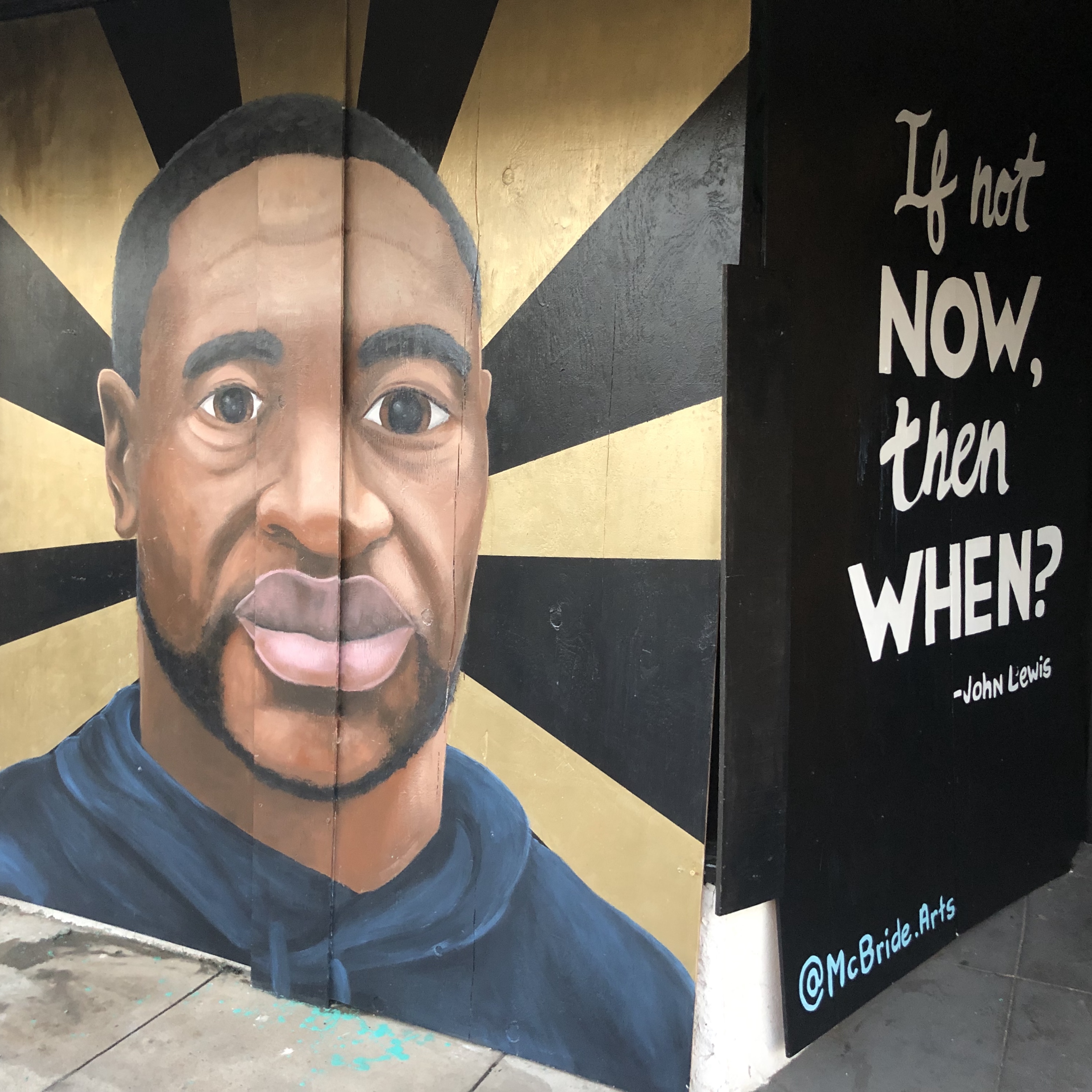 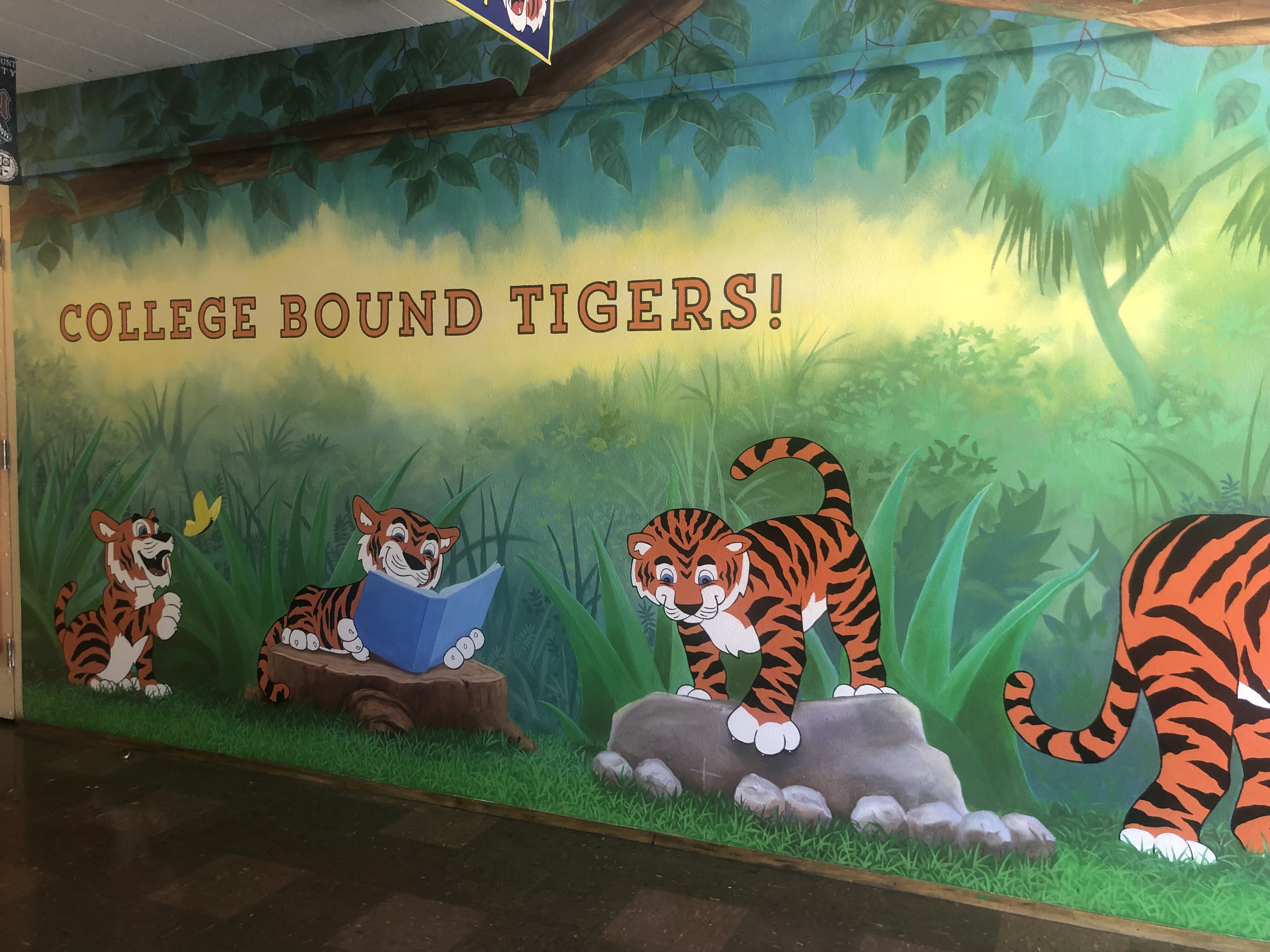