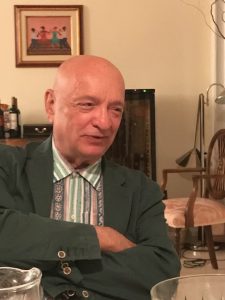 Today we’d like to introduce you to Ken Atchity.

Thanks for sharing your story with us Ken. So, let’s start at the beginning and we can move on from there.
All my life I’ve been focused on stories–writing and editing them,; publishing them; analyzing them as a professor of comparative literature and Fulbright professor at the University of Bologna; reviewing them for The Los Angeles Times Book Review; developing them; representing them; and producing them. Long ago an ambassador from a middle eastern country told me: “You’re like your Phoenician ancestors–you’re a story merchant,” and the more I thought about that the more I liked it. Especially because the Phoenicians, the great merchants of antiquity, invented the alphabet to make story exchange–from Indian to Greece, Egypt to Rome, China to Italy–easier. I’ve written and published more than 20 books of my own, both fictions, like The Messiah Matrix, and nonfiction, like A Writer’s Time–which the New York Times called “the best book on writing.” As a literary manager producer, I’ve made hundreds of deals for my clients for film and television, and produced over 30 films. We were nominated for an Emmy for The Kennedy Detail and saw The Meg, a book/film we developed, sell nearly $600 million in the global market. I’ve always believed that the world we humans inhabit “is made not of atoms but of stories.”

We’re always bombarded by how great it is to pursue your passion, etc – but we’ve spoken with enough people to know that it’s not always easy. Overall, would you say things have been easy for you?
You begin to see it as a smooth road, the longer you endure the journey. What seemed like bumps at the time, looking back are merely the natural patterns, the ups and downs of the most exciting and least secure career in the story marketplace. The struggles were about clarifying and securing rights, dealing with people whose egos have suddenly blossomed, herding cats to get a project into production or a book into press, and, always, finding a way to stay “at the baccarat table” until the payoff comes. But if you have lots of ideas, there’s no downtime that isn’t filled with making them happen one way or the other.

We’d love to hear more about your business.
We set up movies and television series on one coast, books on the other and through our own imprint, but my favorite activity is the one we’re known best at: developing intellectual properties for the widest possible markets. What sets us apart is that we’ve done it all, for over thirty years–we’re even dealing with theater and opera. We specialize in recognizing great stories.

What were you like growing up?
Born in Louisiana Cajun country and growing up in Kansas City, I was a serious student, especially of languages–Latin, Greek, French, Spanish and by the time I got my PhD from Yale Italian, German and recently just published a book on “domestic Japanese.” I love language because they unlock stories, so learned Greek to read Homer, Spanish to read Don Quixote, Italian to read Dante, etc. Raised in a family that loved jokes, I soon learned to recognize that jokes, too, were stories and observed who knew how to tell them, who didn’t. I also noticed that EVERYTHING we do seems to be about storytelling, whether it’s serving on a jury and judging which of the opposing attorneys I believe; buying a car from a salesman; listening for a political candidate’s message; or deciding, on a first meeting, whether I “like her story” or not. I was, from early days, intent. One day in graduate school, I was walking across Harvard Square when a woman crossed my path and said, “Smile, sir!” 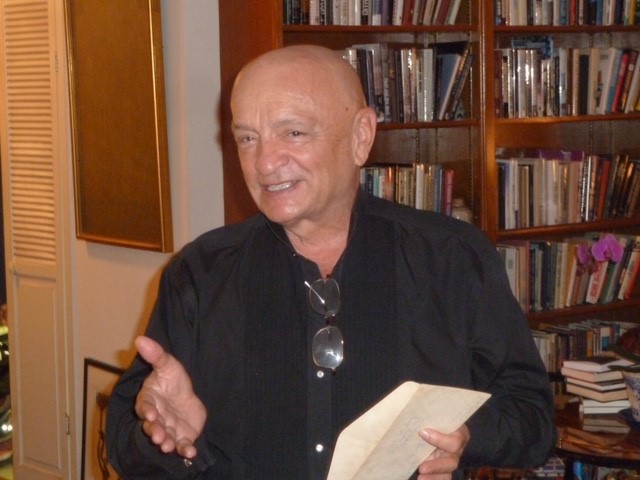