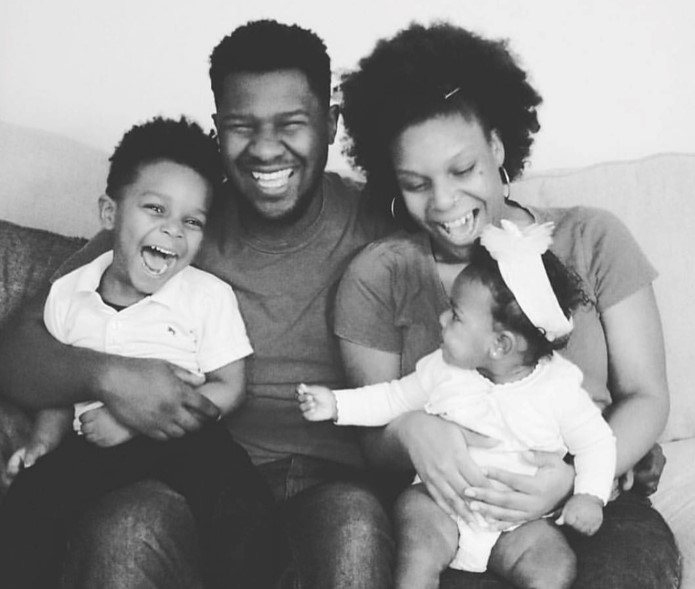 Today we’d like to introduce you to Kellz “Jokenword” Barksdale.

Kellz, can you briefly walk us through your story – how you started and how you got to where you are today.
I am a poet and a comedian I started out Kellz Barksdale. At 14 years old, I fell in love with hip hop rhymes and complex Wordplay. I wrote rhymes and hated my voice, so I left it alone. At 18 in college, I started doing skits with friends at Seton Hall University. We became pretty popular on campus, and I was known for my humorous quotable content in the videos. At 21 went to a party at Seton Hall that ended with gunshots.

A young lady that I had taken a walk with a year prior was talking to me about comedy and pursuing it. She was hit with a couple of shots and later passed away. That weighed heavy on my heart for a while and that NYE I decided church was the best place to spend New Years. At the end of the message, they did their usual altar call, except this time they said if you have something on your heart you want to do this is your year to do it.

I heard the message received it and tried to record myself telling jokes for the next 100 or so days. I saw an open mic that was monthly at my new college, and I finally said I’m going to do it on the last one. I called out of work told my jokes, and from there it became a drug to me. I started out like many comedians terrible!!! Bombing on stage, having people walk out, getting heckled and getting booed off stage all in my first five years.

Within the process of this comedy journey, I had my wins too. I won overall Christian Comedian in an Orlando competition. I traveled to over ten states and over 40 cities following this passion of mine. Eventually, after three months of comedy, I started writing rhymes again, and I wrote a poem just for fun called “Fast Food” which at the time I didn’t realize would be my first “Jokenword” poem.

When I moved to LA in 2016, I had that one poem and another one that I hadn’t finished. In 2019, I now have 30 minutes of Jokenword material that I perform and get the same laughs as my standard stand up comedy performances. I’ve been able to evolve my two passions into a niche genre.

We’re always bombarded by how great it is to pursue your passion, etc. – but we’ve spoken with enough people to know that it’s not always easy. Overall, would you say things have been easy for you?
I’ve struggled mightily within this journey. When I started, I worked a night job on Monday’s through Friday.

So my only opportunity to hit the stage was on Saturday and Sunday. I would get better and then get rusty the next time I hit a stage. When you first start out you need ALL the stage time, you can get. After I got a day job, I made less money so I couldn’t travel like I wanted to. Time management has been the biggest fight for me.

I am married with two beautiful children, and prior to February 2019, I was a manager at a cell phone store. I’ve been fortunate that I have finally been able to take what I know about the business and apply it. I finally am able to perform as I peak within entertainment.

So, as you know, we’re impressed with Jokenword – tell our readers more, for example, what you’re most proud of as a company and what sets you apart from others.
I call myself The Godfather of Jokenword. Not because I was the first comedian to write poetry or the funniest poetry writer; however, I am the first person to brand it. I have withstood so much doubt, people tell me, “what if people didn’t come to the comedy show to hear poetry.” Another group of people told me, “You need to do poetry to be funny.”

When both statements are false because, in my “traditional standup comedy” all my jokes rhyme with the punchlines, it helps my cadence and lulls people in. Children’s books are written with rhymes to help hold children’s attention. Nowadays people have short attention spans, so I’ve used that for my Standup Comedy.

So, what’s next? Any big plans?
Currently, I just release my first book. Entitled The Art of Jokenword on Amazon. My next goal is to create some articles of clothing with the initials JNW. I want to create a clothing brand that donates a portion of the proceeds to children to go to college. I had a rough experience trying to pay for college, and I want to ease the financial burden.

After the clothing line, I want to publish my hour comedy special, “What Happened to Kellz” which will tell the story of how I transitioned from Kellz Barksdale to Jokenword. I’m the midst of all the new merchandise I want to create my website to share my story and to provide a platform for collectives to interact and network with one another.

I am a Standup Comedy instructor and coach. I teach people fundamentals and hone their existing skills through methods of finding an individual’s conviction. I provide a free trial called 7 days funnier where I take a comedian or someone that thinks they want to dabble in comedy and do 7 30 minute consultations. After the week the individual gets a slight gest of what I believe will help them get funnier faster. I teach a 5 week class for $99 called Joke N Win in Santa Clarita that will start in the fall of 2019. I also charge by the hour to personally help a comedian build their comedy routine, stage presence, material, confidence and small nuances of performing arts. 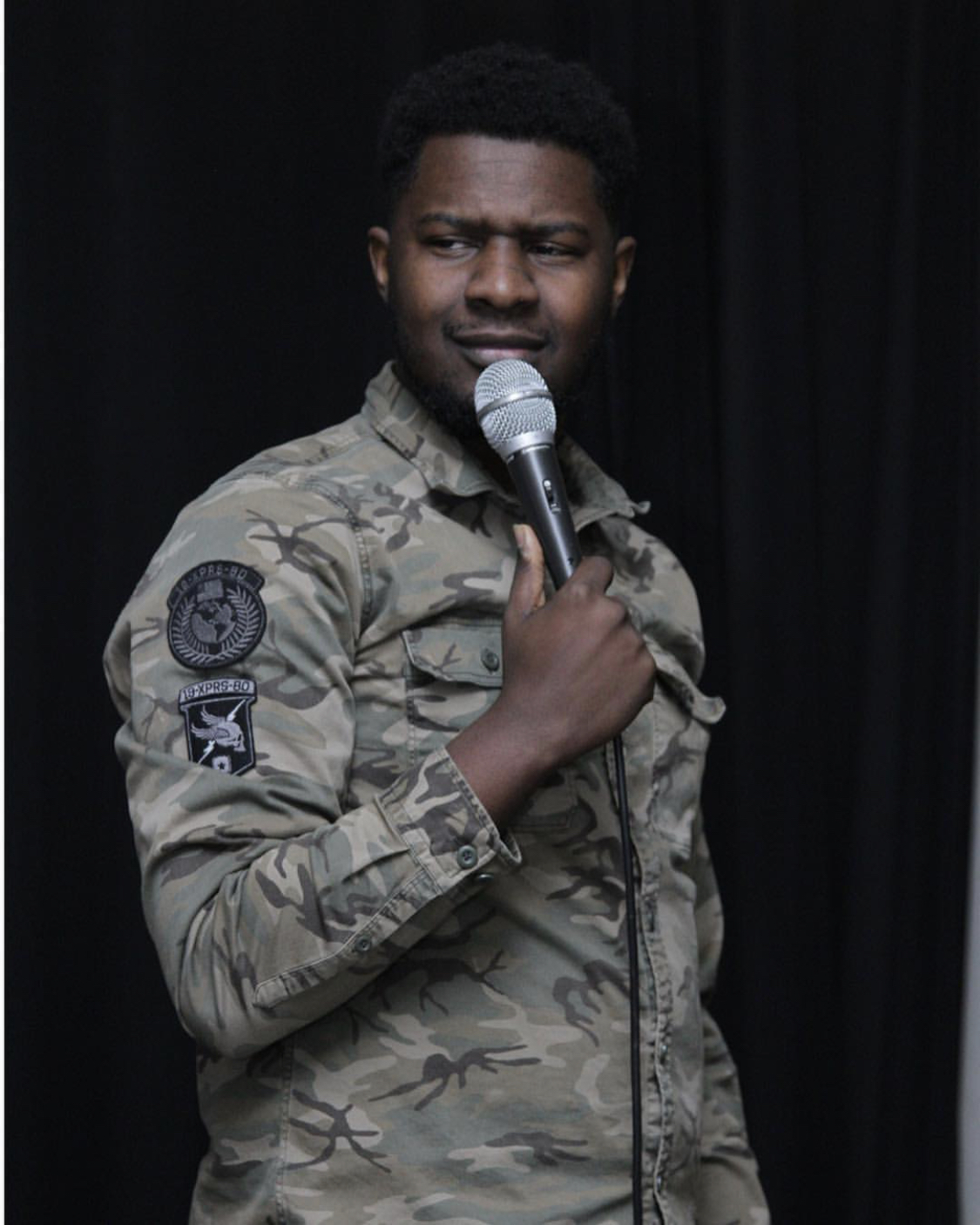 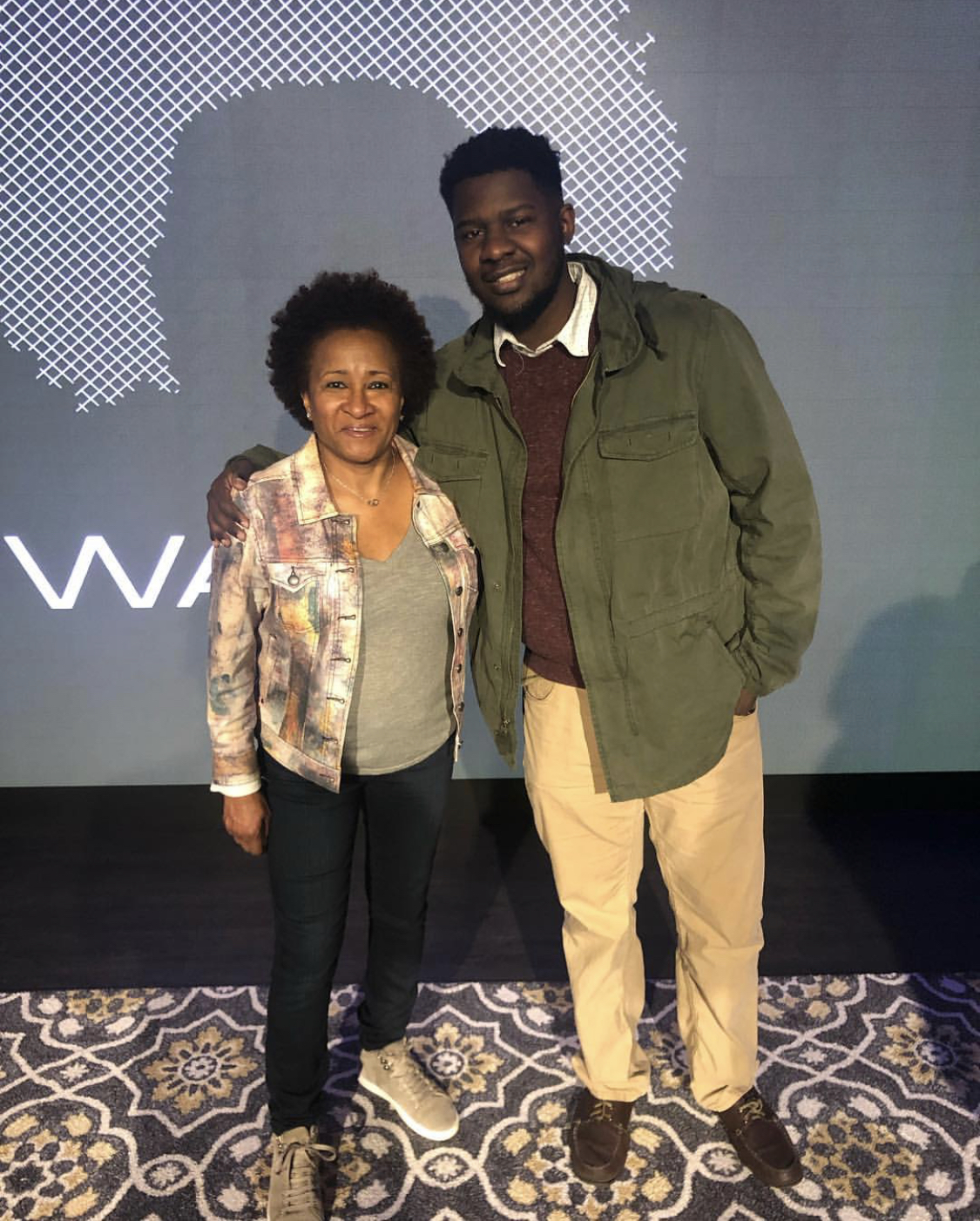 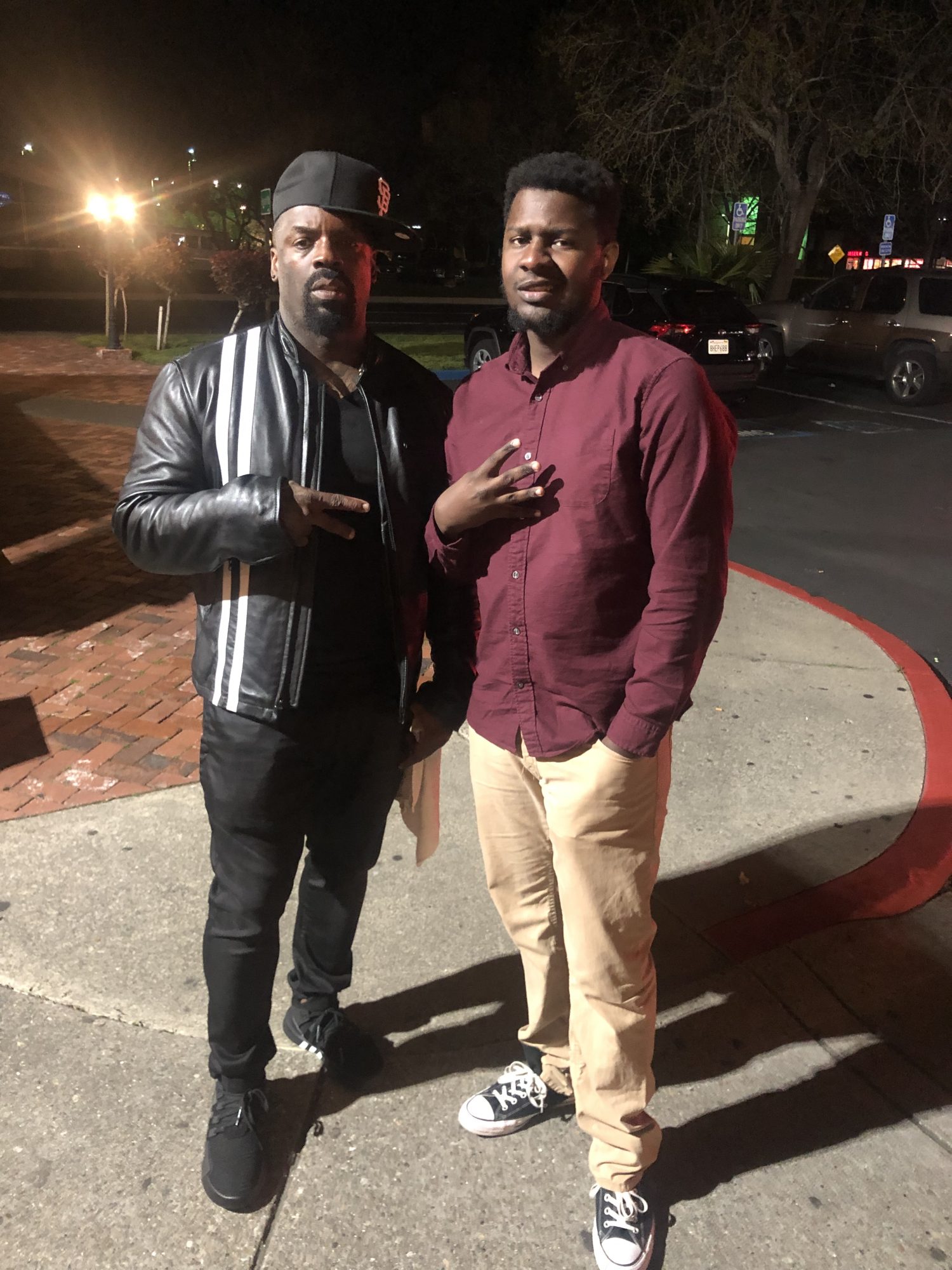 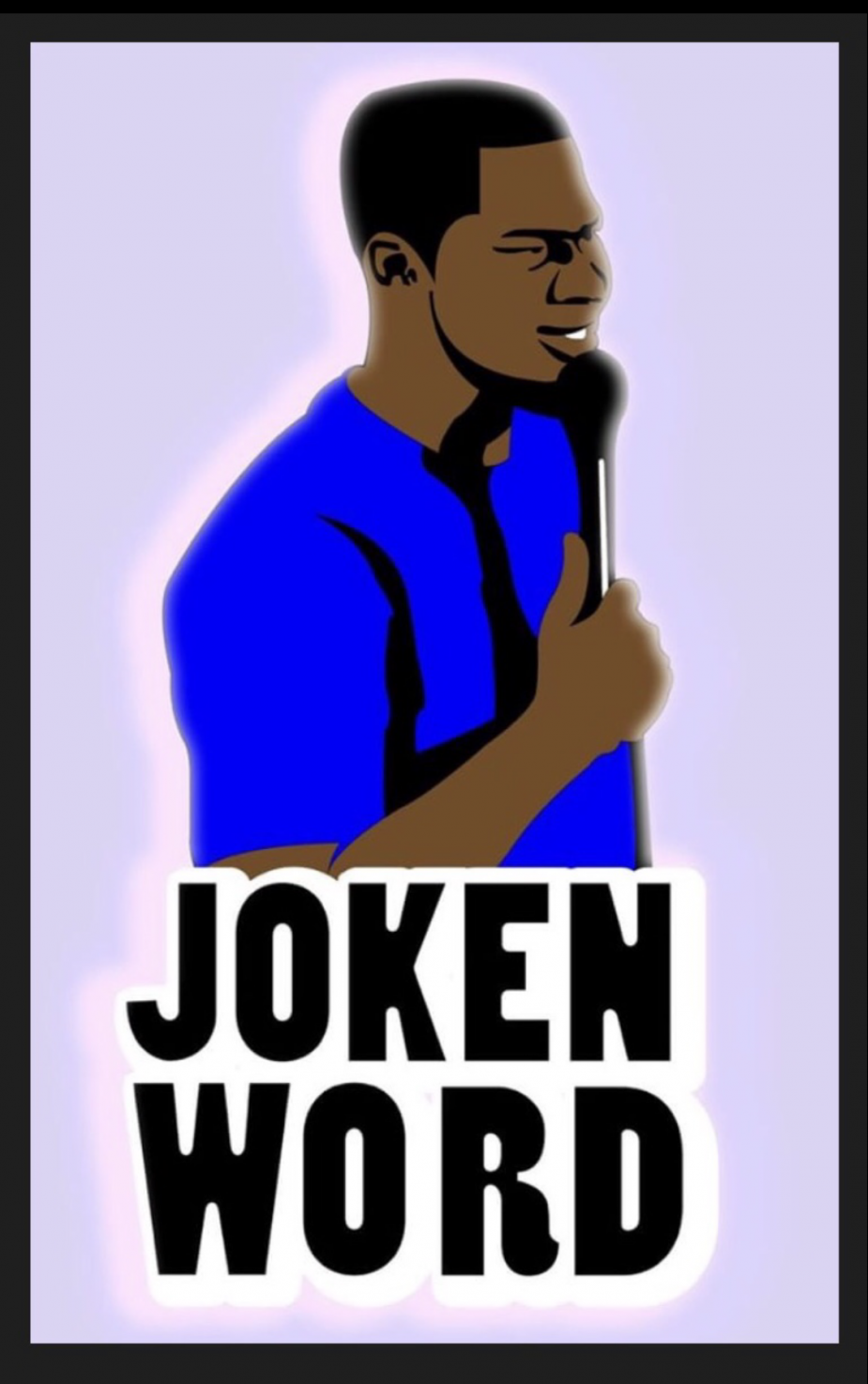