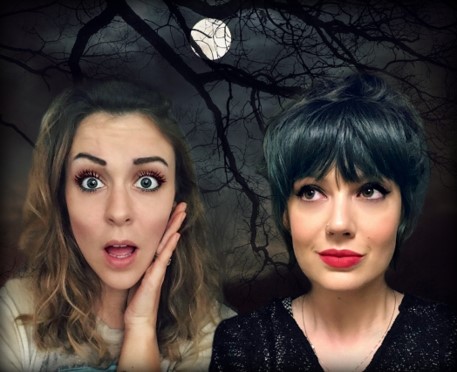 Today we’d like to introduce you to Ashley Casseday and Lauren Ogle.

Thanks for sharing your story with us Ashley and Lauren. So, let’s start at the beginning, and we can move on from there.
Ashley: We both come from small towns in Illinois, but we met in Los Angeles. We both moved to LA to be in the entertainment industry, and we actually met as background high school students on the show Glee around ten years ago.

We became fast friends and continued to hang out after our careers took us elsewhere. Lauren started her own small business—a music program for children and I managed restaurants and comedy clubs.

We strayed from the entertainment industry, and we did not miss it, but we did miss being creative. I especially was completely burnt out working a 55 hour a week job and not doing much else, and I decided to quit my job and take a couple of months off. It was at this time that we decided to try to do something fun and creative together.

Lauren actually suggested starting a podcast, but we didn’t know what we’d talk about or who in the world would listen to us.

Lauren: In our almost decade of a friendship we had always found ourselves breaking off from groups at parties to talk about the strange and unusual—things that most people usually rolled their eyes at or flat out refused to participate in—and we knew that we could talk about the paranormal for about 195 hours straight, so we thought “Let’s see if people will listen to us.”

And it turns out, they would! At first, our listener base was solely friends and family, but it very quickly grew, and now we have thousands of listeners from all over not only the country; but all around the world!

We’re always bombarded by how great it is to pursue your passion, etc. – but we’ve spoken with enough people to know that it’s not always easy. Overall, would you say things have been easy for you?
Ashley: Oh Gosh, no. So when we first got started, we had a producer. A male friend of ours had agreed to have us come to his apartment, record with his equipment, and then he would edit and upload the episodes, and we would just have to worry about research, booking guests, and social media.

Well, right as we were ready to record our first episode—we had chosen our opening and closing music, been posting to social media, had done all our research and even planned out upwards of 50 episodes for our first season—and he backed out. We were so disappointed, but we didn’t want to lose our momentum. So, I agreed to produce the show.

We got on Amazon and bought this dinky little microphone, I downloaded some editing software and watched about 100 YouTube videos to figure out how to use it. I had never edited a minute of audio before in my LIFE. I had no idea what I was doing—but within about two weeks we had our very first episode of the show. It’s cringe sometimes to go back and listen to our first 20-30 or so episodes—mostly because our equipment was so cheap and we hadn’t quite found ourselves yet—we didn’t know what our show was.

Finding our show was so exciting, and it came out of struggle. When we started Keep It Weird in 2016—there were no female-driven paranormal podcasts that we could find. We were very excited. Within a year of us starting our show, there were hundreds—seriously HUNDREDS! With our same format- two girls, combining true crime and paranormal, even calling their listeners “Weirdos.” It was like collective consciousness, it was bonkers. And some of them were blowing up! And we weren’t. And we had a great product. So what gives?

Lauren: It was really hard to not compare ourselves to others success or obsessing over the fact that we weren’t getting the attention that others were getting. But it forced us to find our show and make it what it is today—which is a far superior product.

Ashley: On top of all of this—producing the podcast, the newsletters, the YouTube channel—that’s a full-time job. And we both have full-time day jobs on top of that. Some weeks can be too much. Too tired, too burnt out, too busy. But then the episode airs, and we get to hear the final product, and our listeners are writing us telling us how much they love us and appreciate the work we put in and it’s all worth it.

We’d love to hear more about your brand and podcast.
Ashley: Absolutely, so we are Keep It Weird—we’re primarily a podcast but we’re also paranormal investigators, we have a monthly newsletter for upcoming horror movie and TV news, and we also have a YouTube channel series called “This Week in Weird” where we share strange and unusual news stories from around the world.

Our podcast is very unique; it’s definitely a comedic show, but we talk about some very serious topics. As I was saying earlier—our struggles allowed us to “find our show.” And what I meant by that was after season one we shifted away from the “just sharing stories” format and moved onto in-depth research into things like theoretical science, parapsychology, history, law, etc.

Lauren: We’re so proud of our content—not just because we work so hard on it and it’s so well researched—but also because of the guests we get to bring on the show. We want passionate people—and we work hard to find people who are passionate about a specific topic, or people who have experiences unlike our own.

Recently, we had a “Human Body” episode, and our guest was a very funny Los Angeles comedian who also happens to be a eunuch. He was able to tell us about his life experiences from puberty and hormones to sex and adulthood and finding his place in the world being as different as he was and it was a really special episode for us.

We’ve also been able to have witches on the show, mediums, twins, and many of our guests have had paranormal or unexplainable experiences that they get to share with us in our episodes.

What were you like growing up?
Ashley: Weird, haha. My favorite movies were Alien and Terminator 2: Judgement Day and my favorite TV show was Tales from the Crypt on HBO. We didn’t have HBO, but my aunt would tape marathons of the show on VHS and mail them to me.

I had a ouija board, I was reading Stephen King by 4th grade. Total weirdo. I think I was drawn to that sort of thing because I had had paranormal experiences in the house I grew up in. Myself along with several others, so I know I wasn’t just crazy! I had a very high threshold for “fear” at a very young age, and that has continued on into my adult life. I think that really helps when we go into a paranormal investigation– it allows me to look at things objectively instead of just shouting “WHAT WAS THAT” every time something strange happens.

Lauren: And I was weird in a different way. I also loved scary movies, although my parents didn’t allow me to watch anything rated R, so I just loved the scarier of the children’s movies– one of my favorites was The Witches, which even to this day I’m like “IS THIS FOR CHILDREN?” Practical Magic, The Craft– come to think of it maybe I just loved witches.

I also would always talk to myself– which is normal for children– but it was localized to my house growing up– specifically my upstairs bedroom and the backyard. I always told my parents I was talking to my friend who was a little girl. When we moved out, an acquaintance of the family moved in, and she told us that she was getting creeped out because she always heard a little girl in the top bedroom. So that’s terrifying.

Do you feel like our city is a good place for businesses like yours? If someone was just starting out, would you recommend them starting out here? If not, what can our city do to improve?
Ashley: The cool thing about podcasting is that you can do it literally anywhere.  You want to start a podcast from your research facility in Antarctica?  You can.

However, I think LA provides so much for our show, specifically.  There are so many interesting people in Los Angeles—people that have come from all over the world that have crazy stories to tell.  LA also has so many interesting opportunities.  From the Scare LA convention downtown or Monsterpalooza that both take place every summer—just huge horror conventions with so many different small businesses selling their creepy or strange products and fans of the genre filling the building.

Lauren: Yes!  From haunted hotels and cemeteries for us to investigate, cool pop up art shows like the “I love scary movies” show that’s open until July, and loads of creative people who will pull us into their endeavors—like Methodbox who interviewed us for their YouTube channel or other podcasts that want to collaborate.  There are endless opportunities to pursue—our schedules are always full. 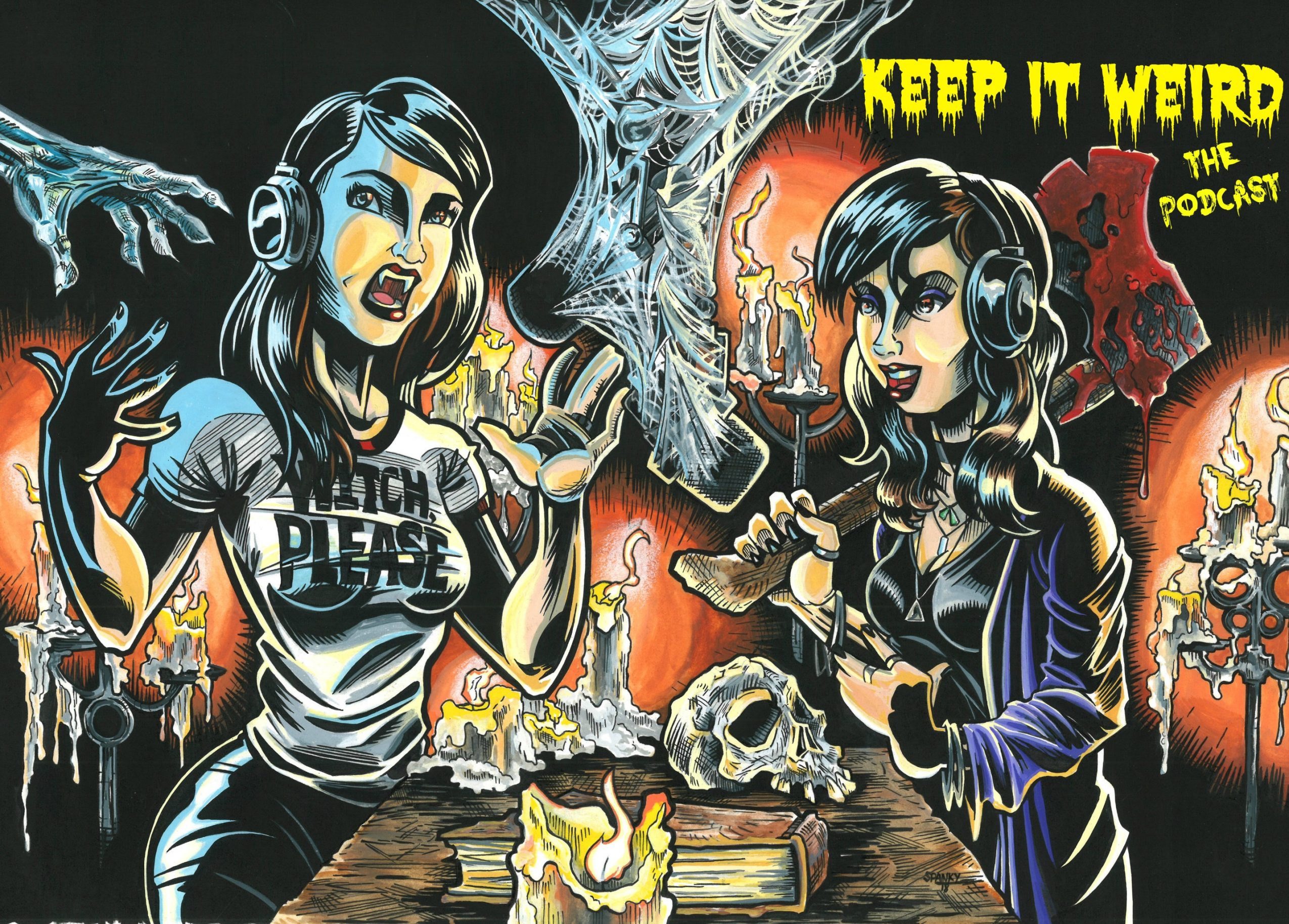 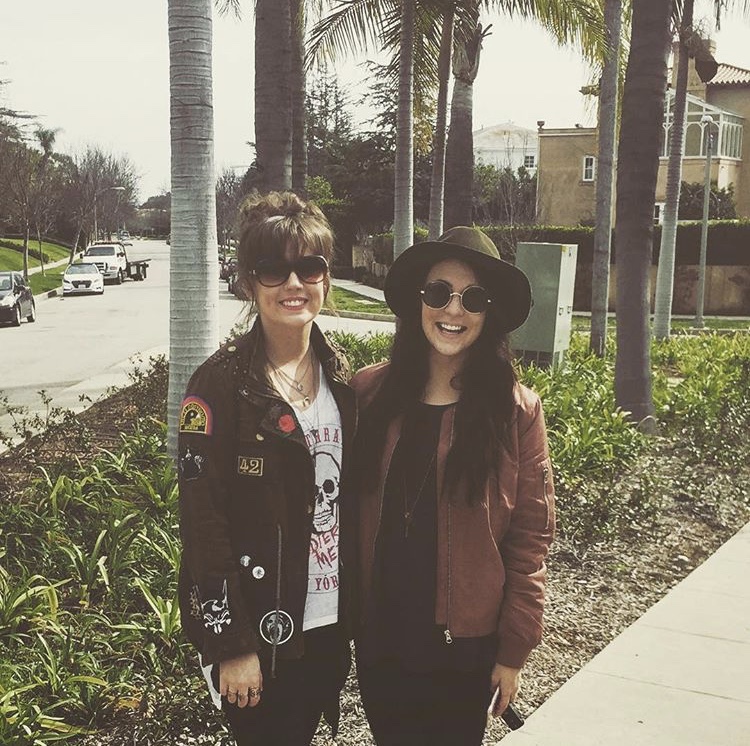 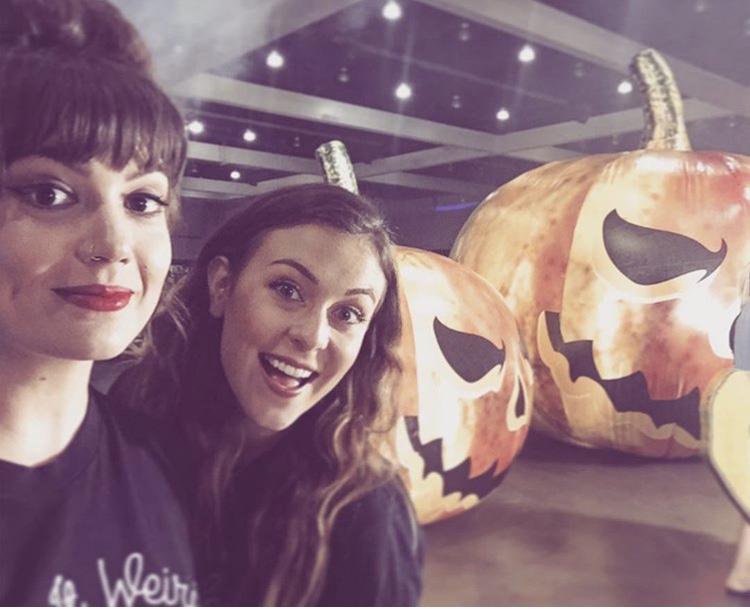 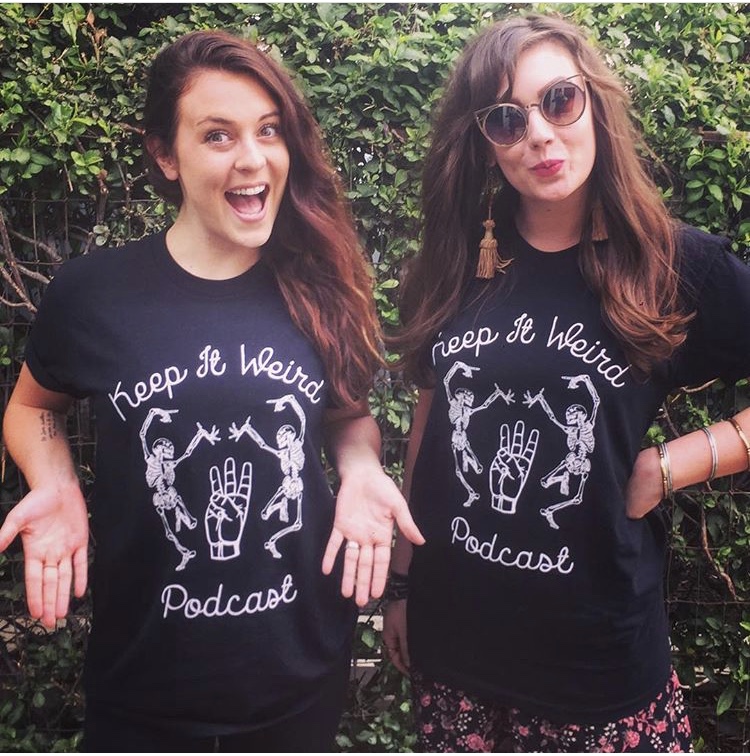 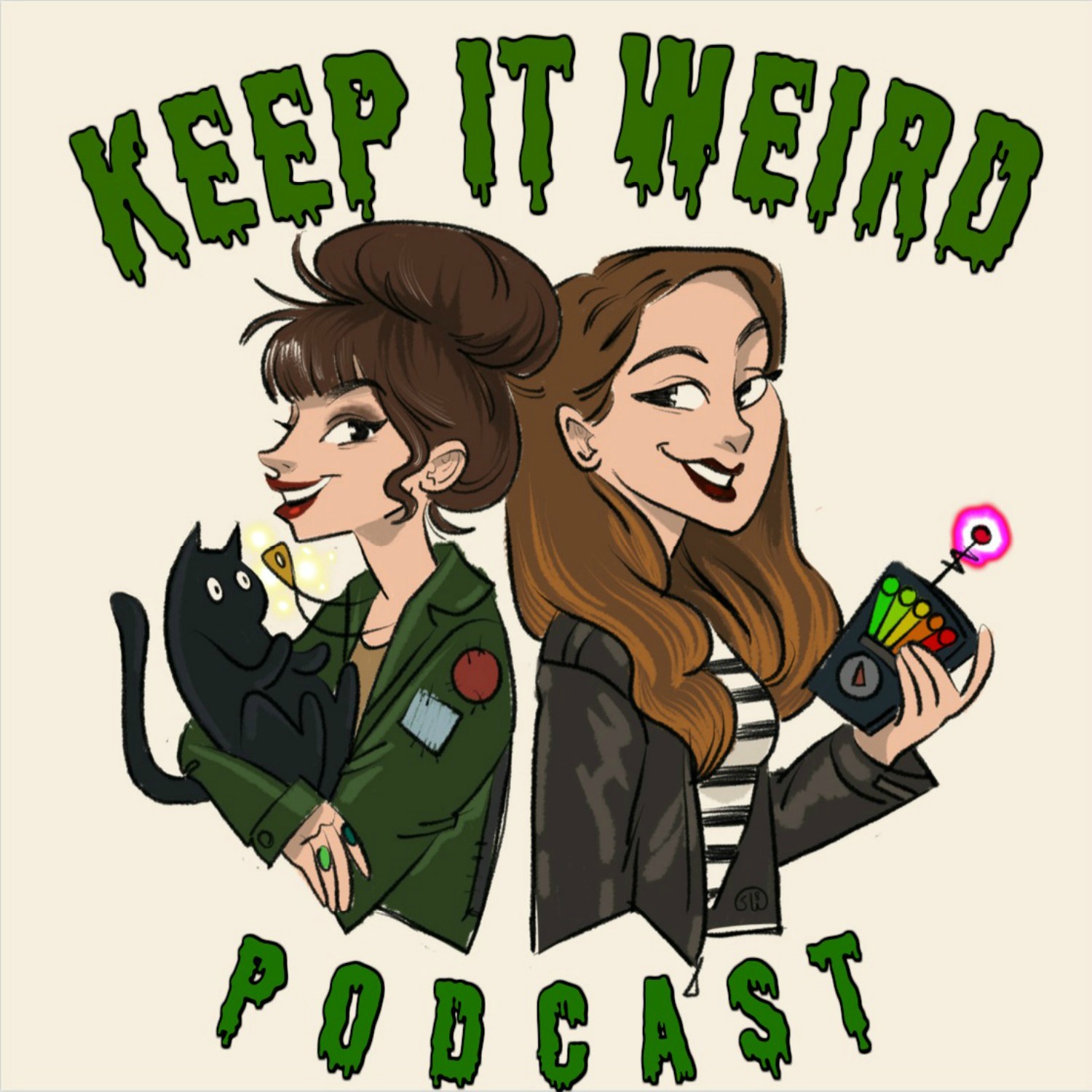 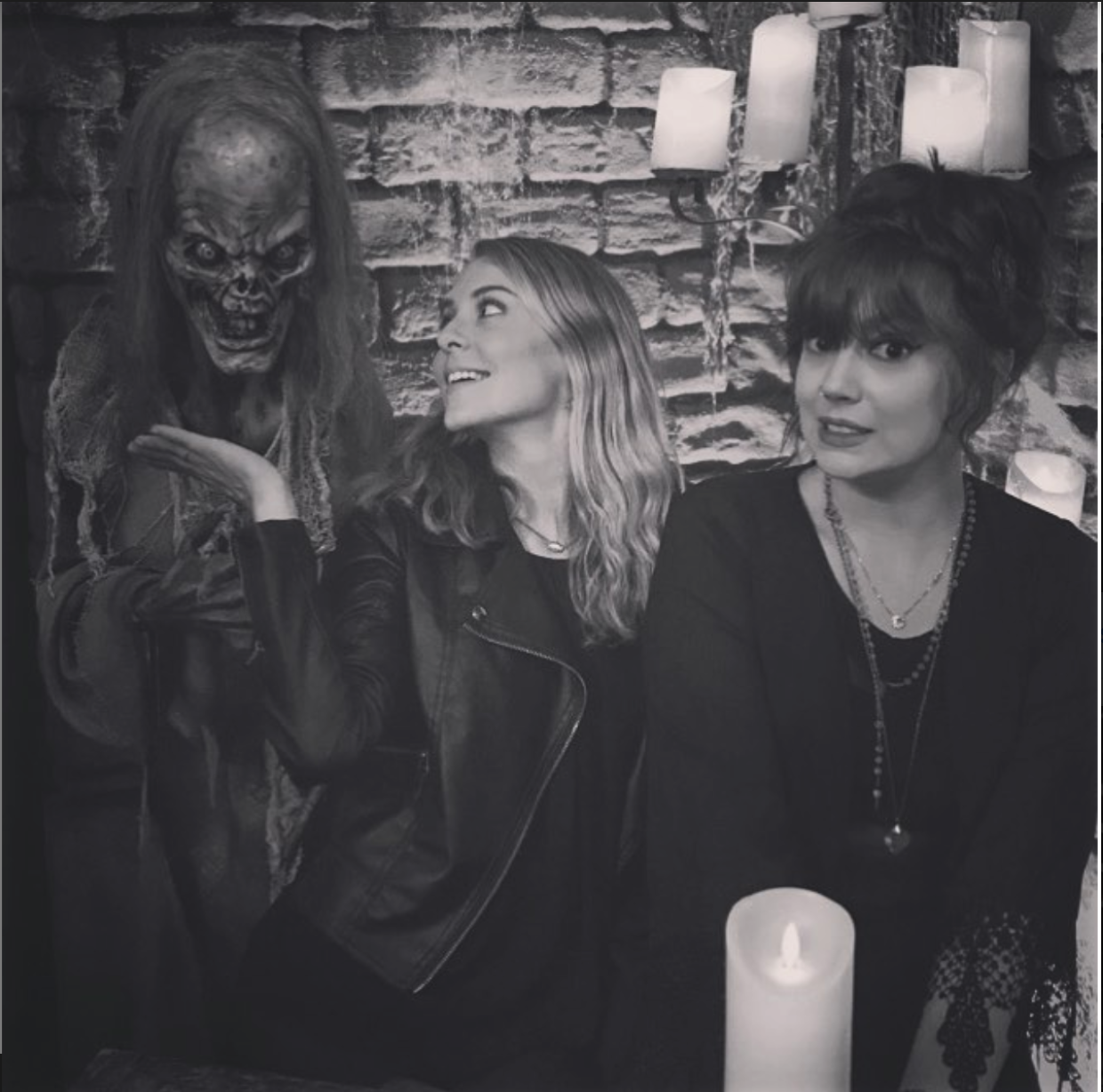 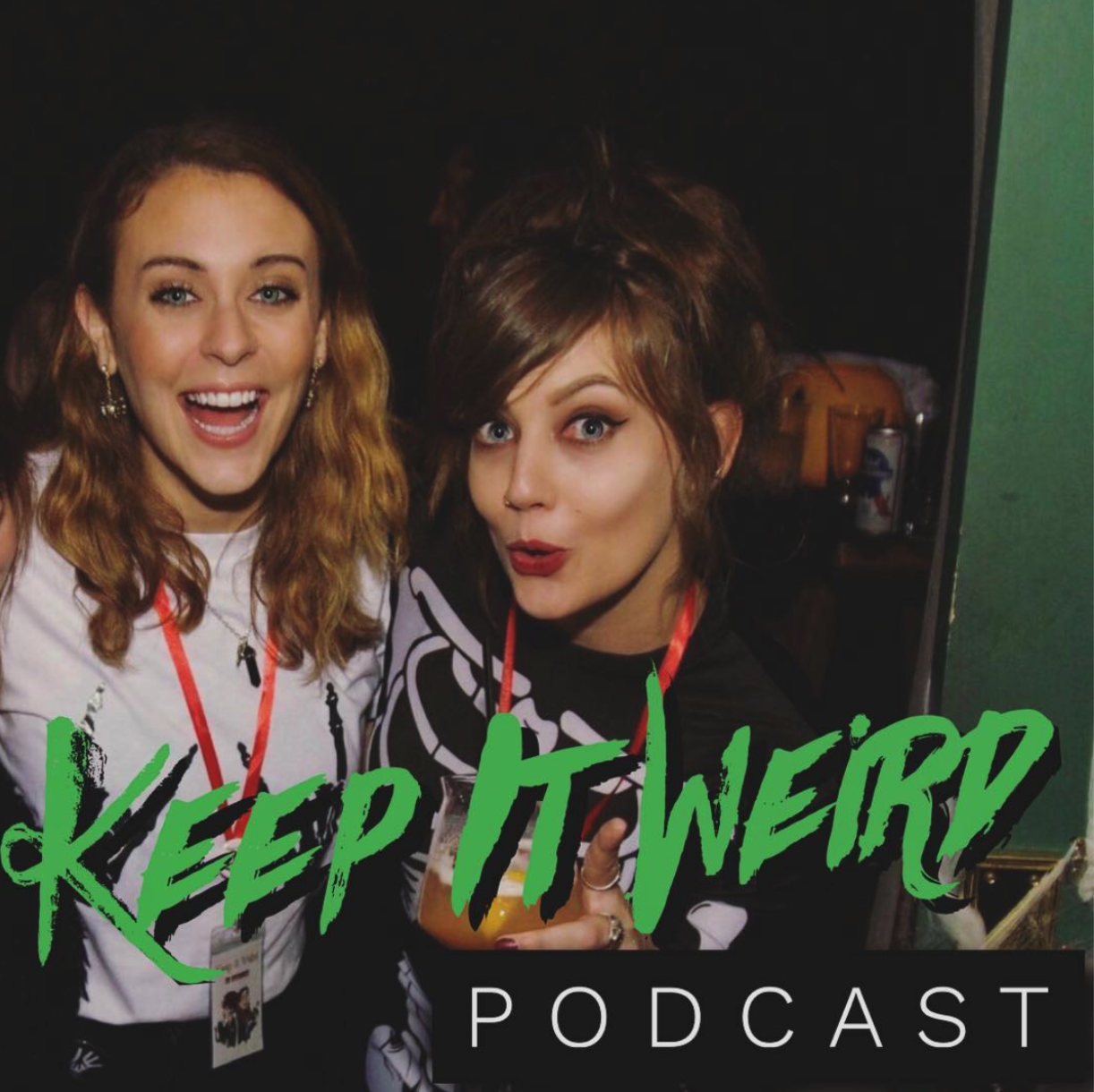 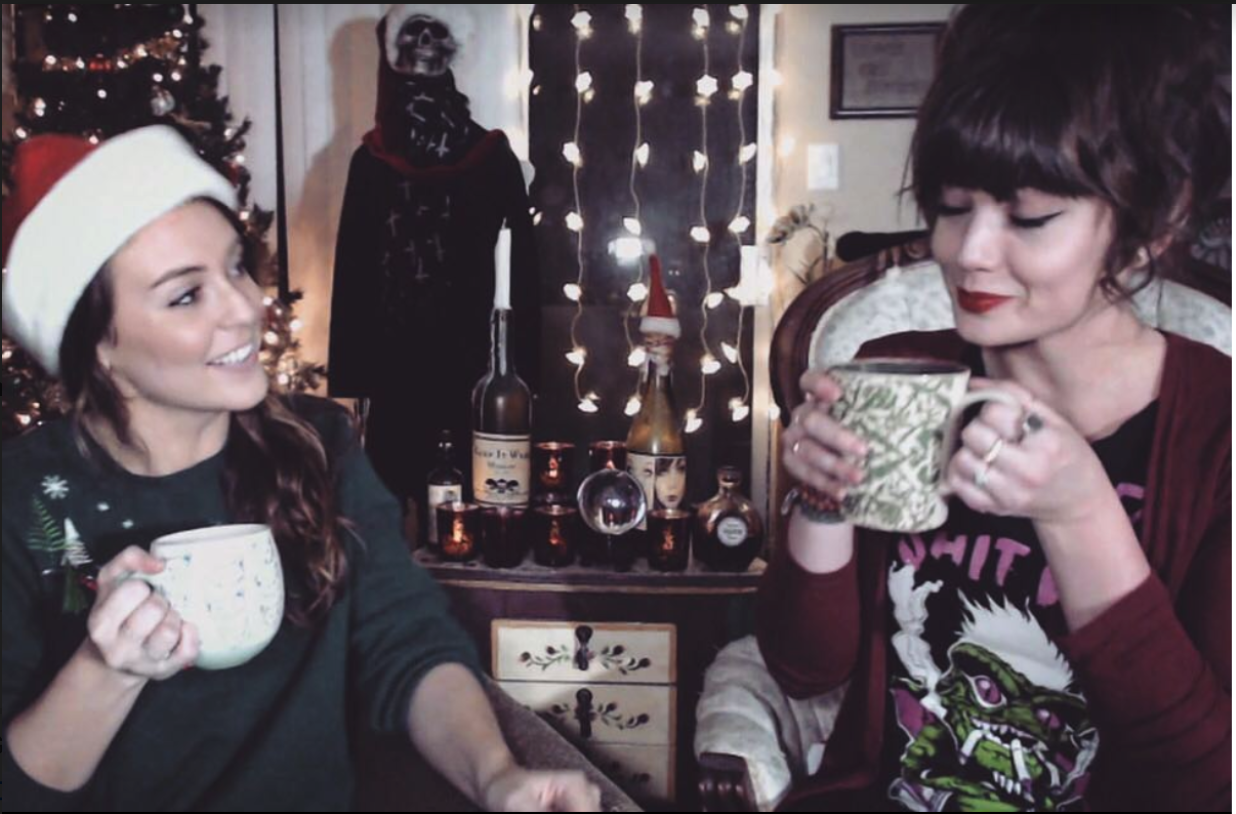