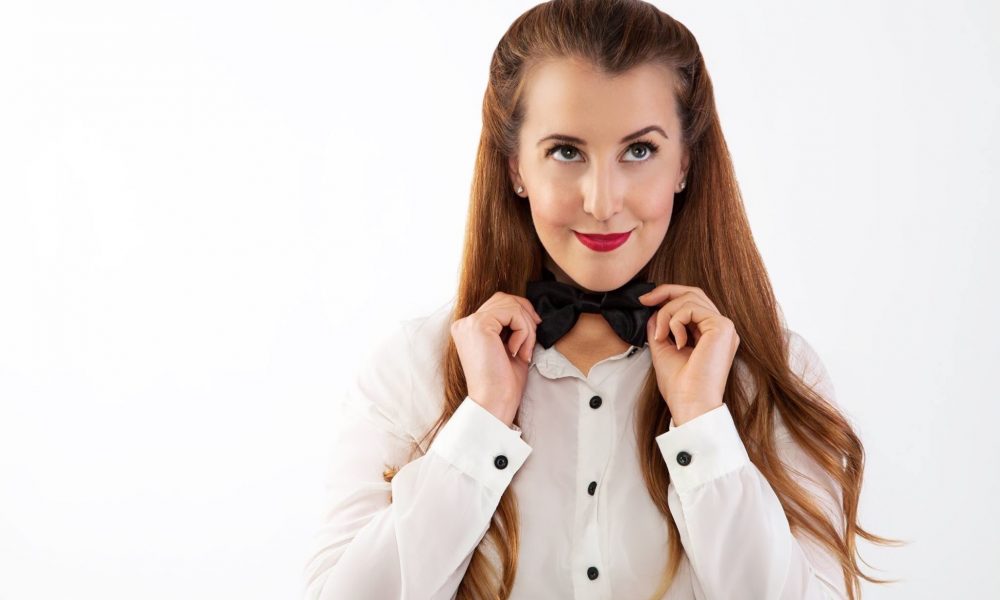 Today we’d like to introduce you to Katie Wilbert.

Katie, please share your story with us. How did you get to where you are today?
I’m originally from Sacramento (Sac Town!) and have been acting & singing for most of my life. The thing I’ve done the longest, however, is songwriting. I’ve been writing songs since I was nine years old. (I know, what does a nine-year-old even write about??) At that time I was mortified of anyone ever hearing me sing or reading my songs, so I’d hide in my closet and write these really earnest love songs. (Some of my favorite titles? “Don’t Ignore Me No’ More,” and “How Shallow are You?”) For a silly, goofy kid, I took myself very seriously.

My parents knew I was a ham, despite any of my best efforts to hide my lil’ talents away. So when I was nine, my mom took me to one of those mega acting/modeling schools, John Robert Powers, and that was when I first started taking acting classes.

In high school, I became a member of the Sacramento Theatre Company, where I performed in multiple main stage shows and participated in conservatory classes on the weekends (everything from Shakespeare to Chekov, to Kabuki). I was all in from that point on. I did a lot of musical theatre at that time, and it was the first time I really put to-and-two together that you could sing and act, and not have to choose between the two.

With the Sacramento Theatre Co, I got to travel and perform internationally and it was one of the best educations I could have received. We performed a musical about Greek gods in Greece. It was pretty incredible.

When it came time for college, I passed up attending musical theatre school to move closer to LA and pursue the TV/Film route instead.

I went to Long Beach State and strangely did not major in theatre (laughs). I tried it freshman year and found the program too… naked. And by that I mean, a good number of the plays involved actors being literally the most amount of naked you could be, and I couldn’t fathom inviting my father to a show where he could potentially risk seeing my who-ha (which is ironic now, considering how R rated so much of my comedy is haha), so I switched my major to Human Development.

Despite my curveball liberal arts major, I was still chasing after my acting and singing dreams (outside of university). During that time, I started working as a session singer at The OC Recording studio and recording some of my own original songs. And I simultaneously went through this big breakup and I really needed to laugh, so I looked up where Kristin Wig and Will Ferrell studied comedy and found myself in my first improv class at the Groundlings Theatre in Los Angeles. GAME CHANGER.

Taking that first class was like… coming home. I played and laughed really hard with a group of weirdos just like me and it was truly like “Woah. Where has this been all my life!?” I had this lightbulb moment of knowing I wanted to do comedy till I died. Basically. (Not dramatic at all).

I was super serious about pursuing comedy. I drove up to LA from Long Beach 4-5x a week for classes/shows. For anyone who has ever driven from LA to Orange County in 5pm traffic, you understand what a commitment that was (laughs).

As soon as I finished college, I moved my butt up to LA, and have been here (in Los Angeles) now since 2014.

In that time, I graduated from The Second City’s improv/sketch conservatory, as well as their comedy directing program. I also completed the entire Groundlings Theatre program and studied and performed at UCB and iO West (R.I.P). At iO West, I developed my first solo show, which was called “This Life Chose Me: A One Woman Ninja Musical.” I took that show to Edinburgh fringe in 2013 and it was one of the best experiences of my life. It was truly the culmination of all the different mediums of entertainment I’ve fallen in love with over the years (songwriting, singing, acting, and comedy.)

In 2014, I really leaned into comedy writing as well as performing. I co-wrote a web series with my writing partner, Amy Maestri, called ‘Terrible HR’ (about two despicable Human Resource managers.) Still to this day, one of my favorite things I’ve ever done. It was so wackadoo and it allowed us to work and play on set with our very talented friends. And it really helped us find our collaborative voice together, which is so silly and dark!

At that same time, I started developing a show with another girlfriend of mine, and we suddenly found ourselves in a packaging deal with WME. We were pitching to really incredible production companies (like Elizabeth Banks’ Brownstone and Steve Carrell’s Carousel), and our show found a temporary home at Universal Cable Productions before it eventually fell through. But it was an invaluable learning experience and solidified my passion for writing and developing.

In 2016, I worked for Kicked to the Curb Productions (13 Reasons Why) as a development associate and really sunk my teeth into learning how to develop new content, for both film and television, from scratch and from adaptation (books, articles, etc.) It really set me up with the skills I need to be confident not just in a writing room, but in rooms with big executives.

Eventually, though, I needed to switch gears back to performing. In 2017 I starred in my first Indie film called ‘Get You Back.’. It was such a cool experience because I had a lot of opportunity to improvise and really make the character of Sophie my own. There’s not many sets where you get that much freedom, it was a real gift.

In early 2018 finished up my last level at The Groundlings Theatre, which felt so satisfying! In late 2018 I also appeared in a number of sketches for Comedy Central’s mini-series “Brief and Futile Love Stories,” and released a new comedic music video as part of my musical comedy duo, JK Comedy, called “Lady Business.”

It can feel a bit like juggling 1000 hats, but I honestly wouldn’t have it any other way.

Getting so close to selling our first TV show (in 2014) and losing it, was a pretty big blow. Granted I was only 24 at the time, and having our project backed by WME when I really didn’t have any legs to stand on yet was pretty wild. I was pretty lucky. And to be honest, I wouldn’t have been ready to have my own show back then, I still had so much more to learn. So while the let downs can feel huge in the moment, in retrospect, I’m so glad it worked out how it did. My writing, sense of self, and level of confidence is so much stronger now, due to going through these highs and low-lows.

What else should our readers know?
While I spread myself between acting, writing, and singing/songwriting, I definitely feel my overall niche is comedy. And it’s important to me that I find a way to nurture all of these endeavors versus having to pick between them because I feel equally passionate about all of them. But at the end of the day, it all comes down to me just wanting to create something that makes people laugh and feel good. I think it’s kind of why  I’m alive, honestly.

Is our city a good place to do what you do?
Los Angeles is such a crazy, strange, amazing city. When I first moved here, I didn’t have the patience for it…the traffic, the constant rat-race feeling, Hollywood Blvd at night (laughs). But now, having lived here for the last five years, I’m pretty in love with it. I love how much there is to do and how hungry people are to be creative and make their very difficult dreams come true. I thrive off that energy now. It can still be exhausting, which is why I find it very healthy to leave LA, to gain some perspective. But I’m not sure I’d thrive anywhere else, because that insatiable buzz in the air has fueled me for so long I’m not sure what I’d do without it. For someone looking to be a performer or do anything creative, LA is 100% the place to be. 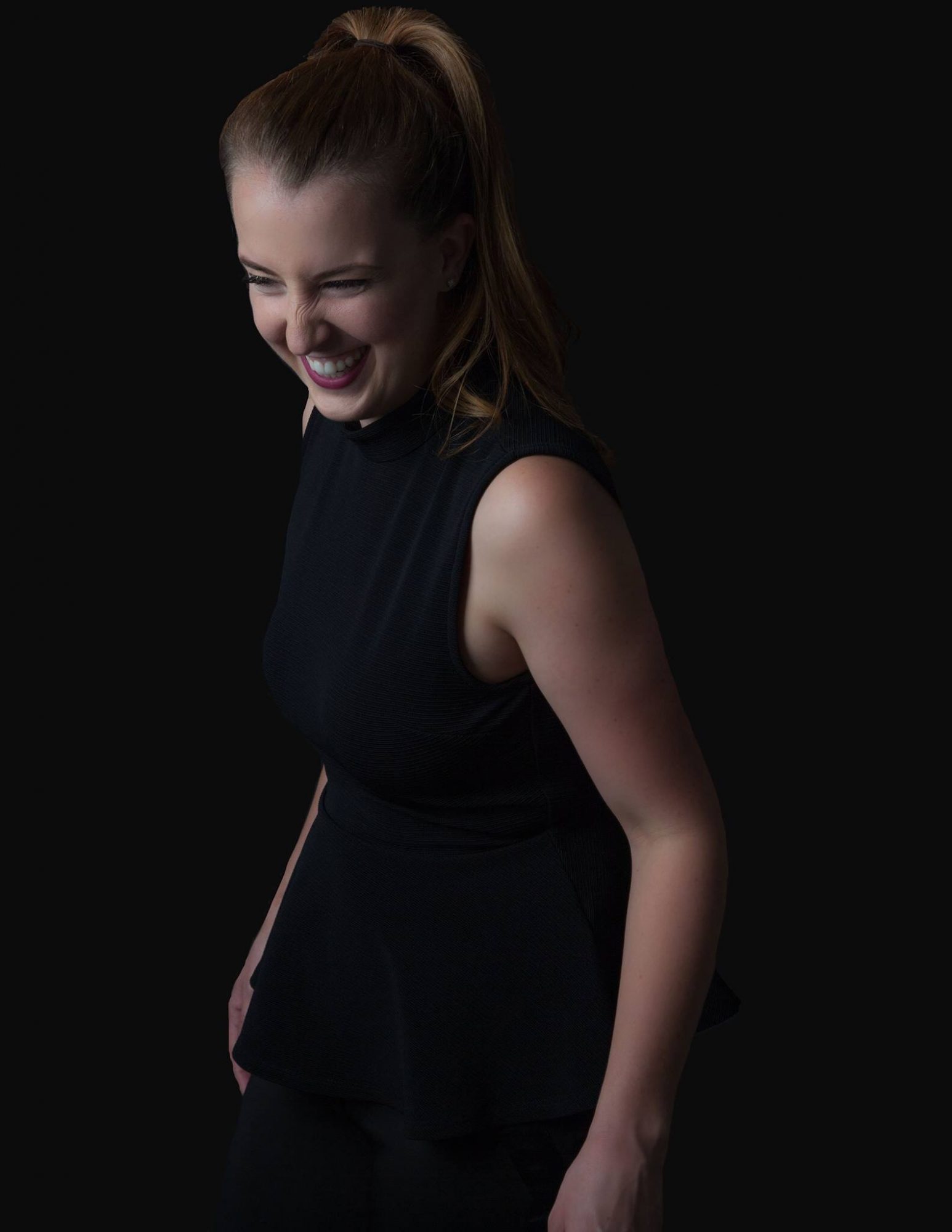 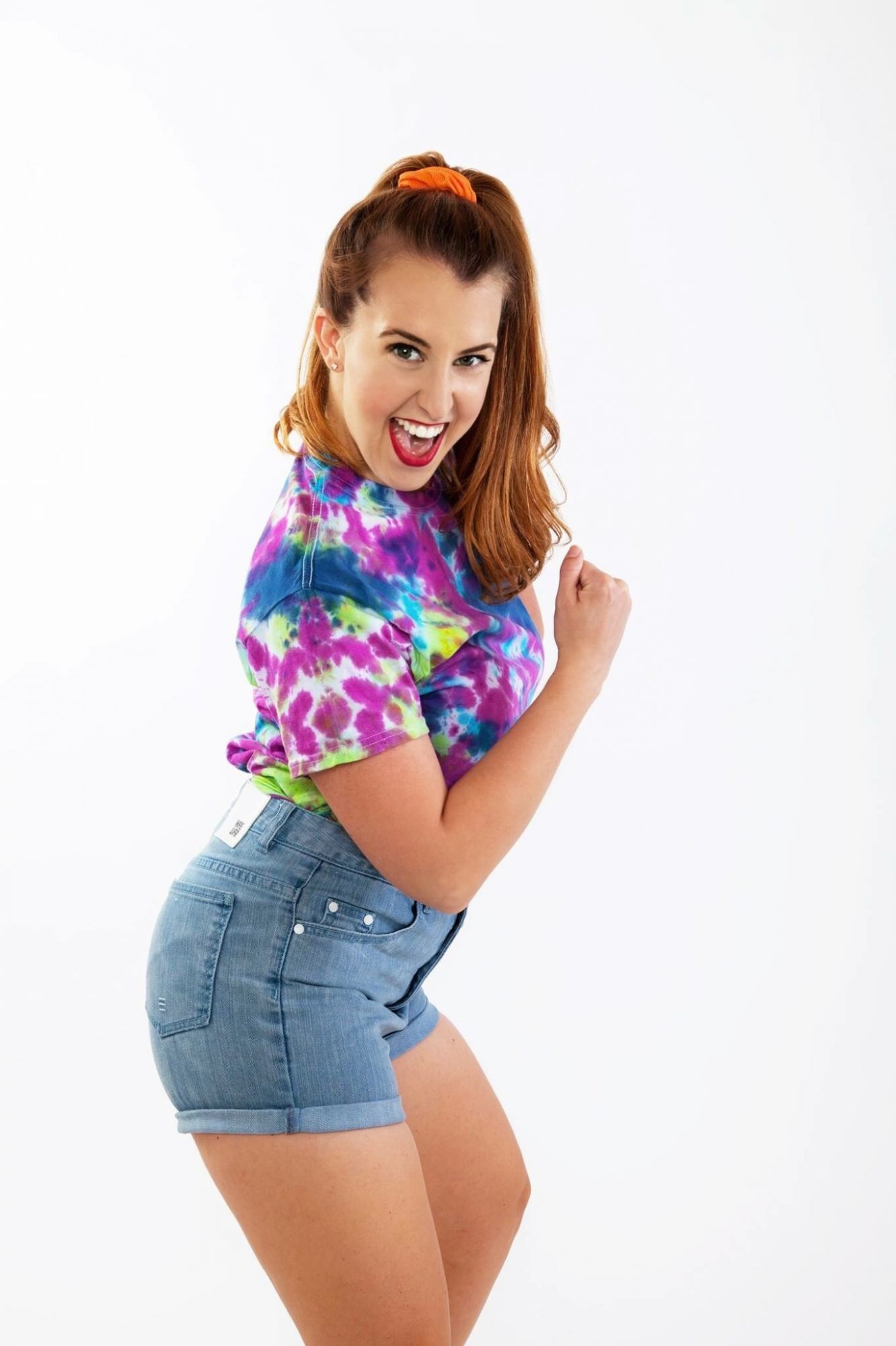 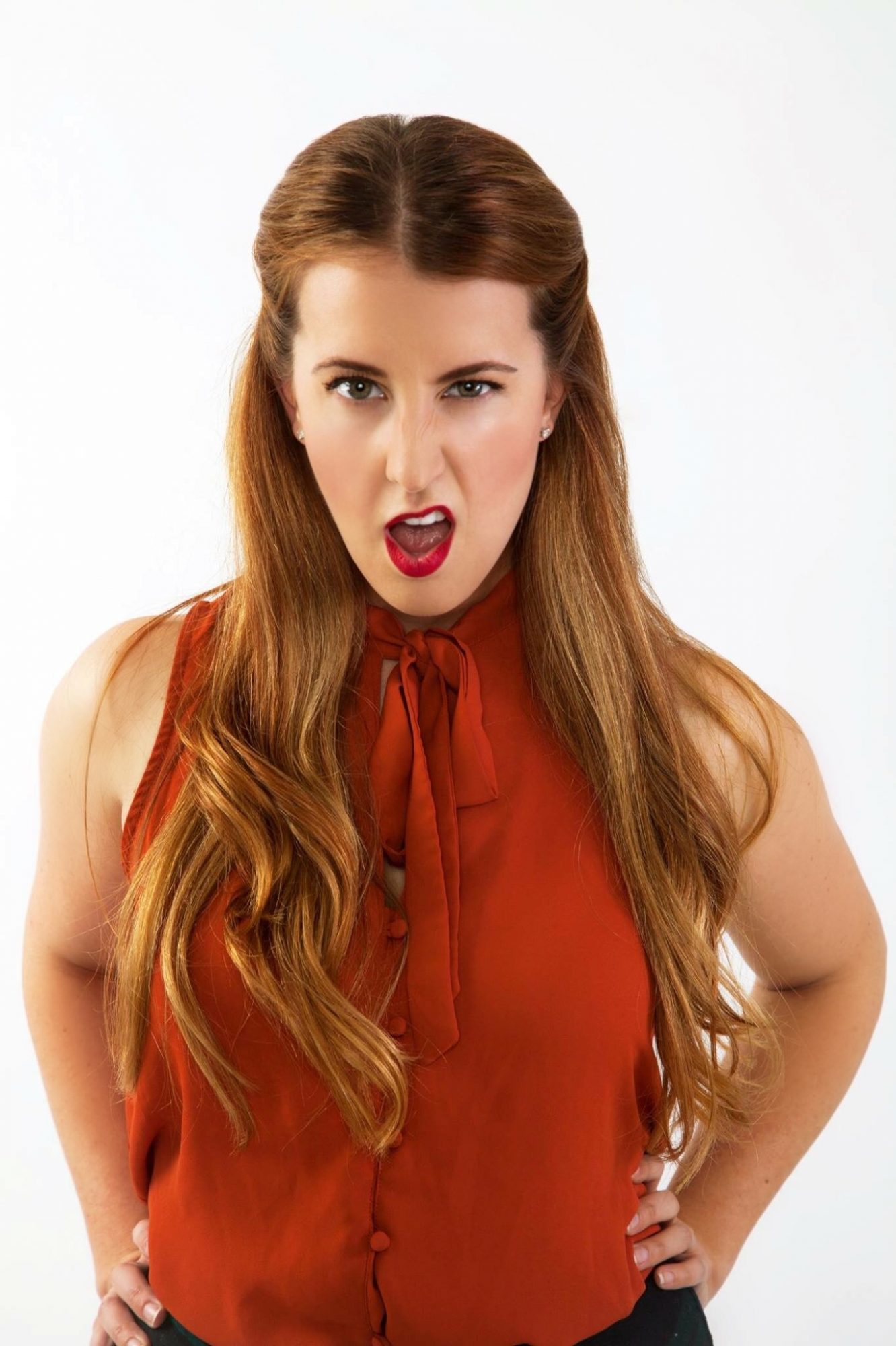 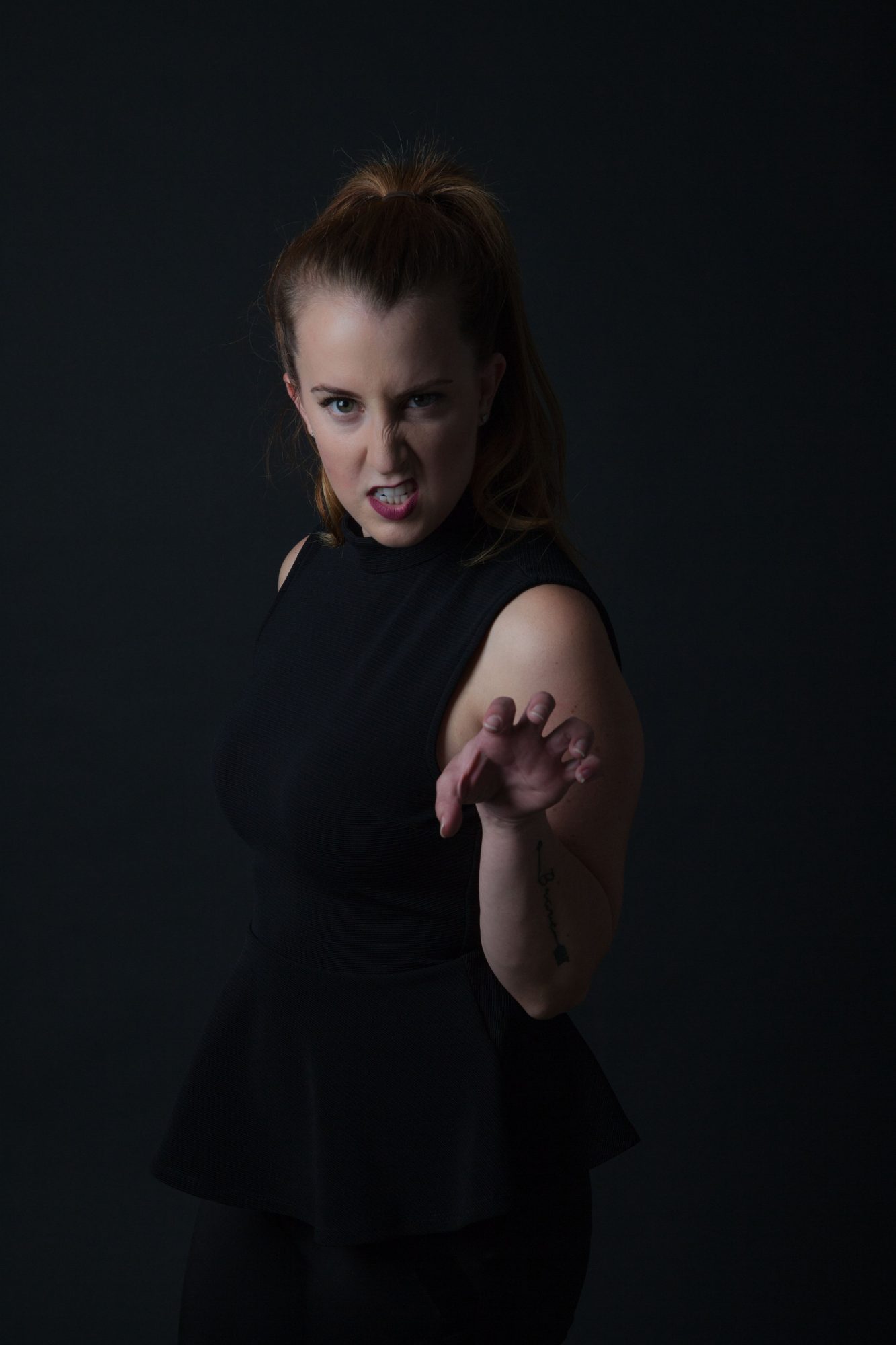