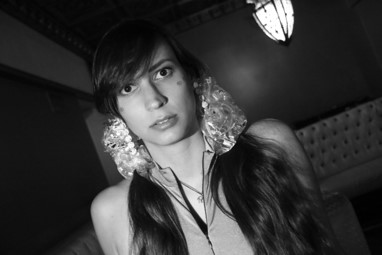 Today we’d like to introduce you to Karlie Blair.

Thanks for sharing your story with us Karlie. So, let’s start at the beginning and we can move on from there.
Today, I identify as an immersive theatre performer, producer, and creator, but that has been quite a recent development in my story – just eight years ago, I had never even heard of immersive.

I was born and raised in Los Angeles. When I was little, I asked my mother what she thought I’d be when I grow up. She pondered about it for a while and answered, “Something new that there isn’t a name for yet.” I figured that must have meant something to do with computers or technology, but I kept the idea in the back of my mind as I grew up and pursued my interests.

I went to college at UC Berkeley and decided to major in Theater & Performance Studies, a program I loved because it emphasizes critical analysis, research, and diversity in addition to the creative and practical aspects of performance. During my college years, I spent a summer studying at NYU, where someone told me about this wild new show called Sleep No More that I absolutely had to experience. That’s when I first learned the word “immersive,” and I was totally fascinated by this innovative form of storytelling. I ended up seeing Sleep No More three times that summer (as of now I’ve been 13 times!), and I became enamored with the idea of one day working on something similar.

I didn’t find out that immersive theatre was happening in Los Angeles until 2017, though. I began to audition and perform, working with notable immersive companies, and eventually started creating my own work. One day, while I was crafting some customized mementos to give to audience members of my show, Snow Fridge, I came to a realization. I had found my mysterious purpose that did not yet exist, the one my mother had predicted when I was a child. It was to be an immersive artist.

We’re always bombarded by how great it is to pursue your passion, etc – but we’ve spoken with enough people to know that it’s not always easy. Overall, would you say things have been easy for you?
I find it hard to believe any artist who says their journey has been a completely smooth road. One big obstacle I struggled with was moving past the pain of rejection to find my niche as a performer. Several years ago, my biggest dream was to attend graduate school to earn an MFA in acting. I focused huge amounts of time and energy on auditioning for the top MFA programs in the country, only to get rejected by all of them, two years in a row. I was devastated and initially thought these rejections meant I may not be cut out for an acting career after all. I felt like I didn’t have any qualities that made me special. But I had an instinct that told me not to give up, and about a month after I received my last rejection letter, I got my first immersive theatre audition. That summer, I was cast in two major immersive shows, and once I started to work on them, everything just clicked. People started recognizing me for my work and I kept getting involved with more projects, and I finally felt like I belonged somewhere. If I had gotten into grad school, I would never have become a part of the immersive community. Doing immersive work has helped me get to know myself so much better than I used to, so if I ever decide I want to apply to grad school again, I know it will be the right time.

Another challenge I continue to face on a daily basis is my own difficulty with stress and time management. I was diagnosed with ADHD as a teenager and my symptoms have carried on into adulthood, so constantly balancing multiple creative projects is especially hard for me. Over the years, I’ve figured out little tricks to work with my ADHD; I often need to give myself more time to complete tasks that would be quick for other people. But I wouldn’t change the way my brain functions even if I could; being neuro-atypical has given me an unusual perspective on the world that has inspired a lot of my work.

We’d love to hear more about your work and what you are currently focused on. What else should we know?
I specialize in immersive entertainment as a performer, producer, and creator.

I have acted in productions with a variety of immersive theatre companies, including The Experiences, Drunken Devil, Spy Brunch, Shine On Collective, Pseudonym Productions, and Screenshot Productions. I’ve also been part of experiential marketing activations for Alita: Battle Angel, Ready Player One, Hulu’s Castle Rock (San Diego Comic-Con 2018), and The Handmaid’s Tale. Immersive acting is such an exciting challenge for me because it is all about creating engaging and memorable moments for a living, breathing human who is right there with you, not separated by a stage or a screen. I enjoy performing in all genres of immersive theatre, from horror to comedy and everything in between.

My immersive acting career led me to become interested in how this work comes to life behind the scenes, so I also started working with several immersive companies as a producer: #metaforyou, Whisperlodge, and Drycræft LA. I’m also co-producing an upcoming show for the 2019 Hollywood Fringe Festival called Best Night Ever: A Bachelor(ette) Night, in which audience members get to become bridesmaids or groomsmen in a wild limousine ride adventure and decide the fate of a soon-to-be-wed couple.

Although most of my performing and producing has been freelance, I actually do have a company of my own! My producing partner, fellow immersive actor/creator Keight Leighn, and I came together to found DR3AMLOGiKK in 2018. We both have backgrounds in improv comedy in addition to immersive theatre, and we had a vision of creating an improvised immersive show totally customized for one audience member at a time. This vision became Snow Fridge, a playful, dreamlike, philosophical 16-minute experience in which an audience member steps inside their own mind and discovers positivity in a problem they have been worried about. Or if that doesn’t make sense, in the words of a reviewer, “It’s one of those shows that you cannot really describe in a way that fully captures what it is.” Snow Fridge sold out, received unanimously positive reviews, and was even nominated for an award, so it is probably the project I am most known for. But more important to me than all of that was seeing the reactions on audience members’ faces when they discovered something new about themselves or found themselves fully engaged in moments of unabashed playfulness and joy. I am excited to keep creating uplifting and personalized shows with DR3AMLOGiKK in the future!

Has luck played a meaningful role in your life and business?
I have been extraordinarily lucky over the past two years, encountering so many opportunities at the right place and the right time. The luckiest coincidence yet was meeting my partner, Terence Leclere. He was a fellow actor in the first immersive show I was cast in, and we both felt an instant connection the moment I walked into my first rehearsal. Being in a relationship with someone whose professional goals and dreams are very similar to mine has been incredible. Terence owns an immersive event company, #metaforyou, and I always enjoy working with him to build experiences for brands like New Balance, Nickelodeon, the Santa Monica Pier, and Hotel Indigo. I also feel lucky that we share a passion for traveling for work – immersive performance has taken us to places I never would have imagined, from creating a puppet dance party at San Francisco Sketchfest to performing with the Poetry Brothel at Electric Forest Festival in Michigan to participating in an immersive design challenge in Paris. In addition to Terence, I have met countless other people through the immersive community who are gifts of good luck to me. It is such a blessing to be surrounded by others who are full of inspiration, positive energy, and cool ideas. 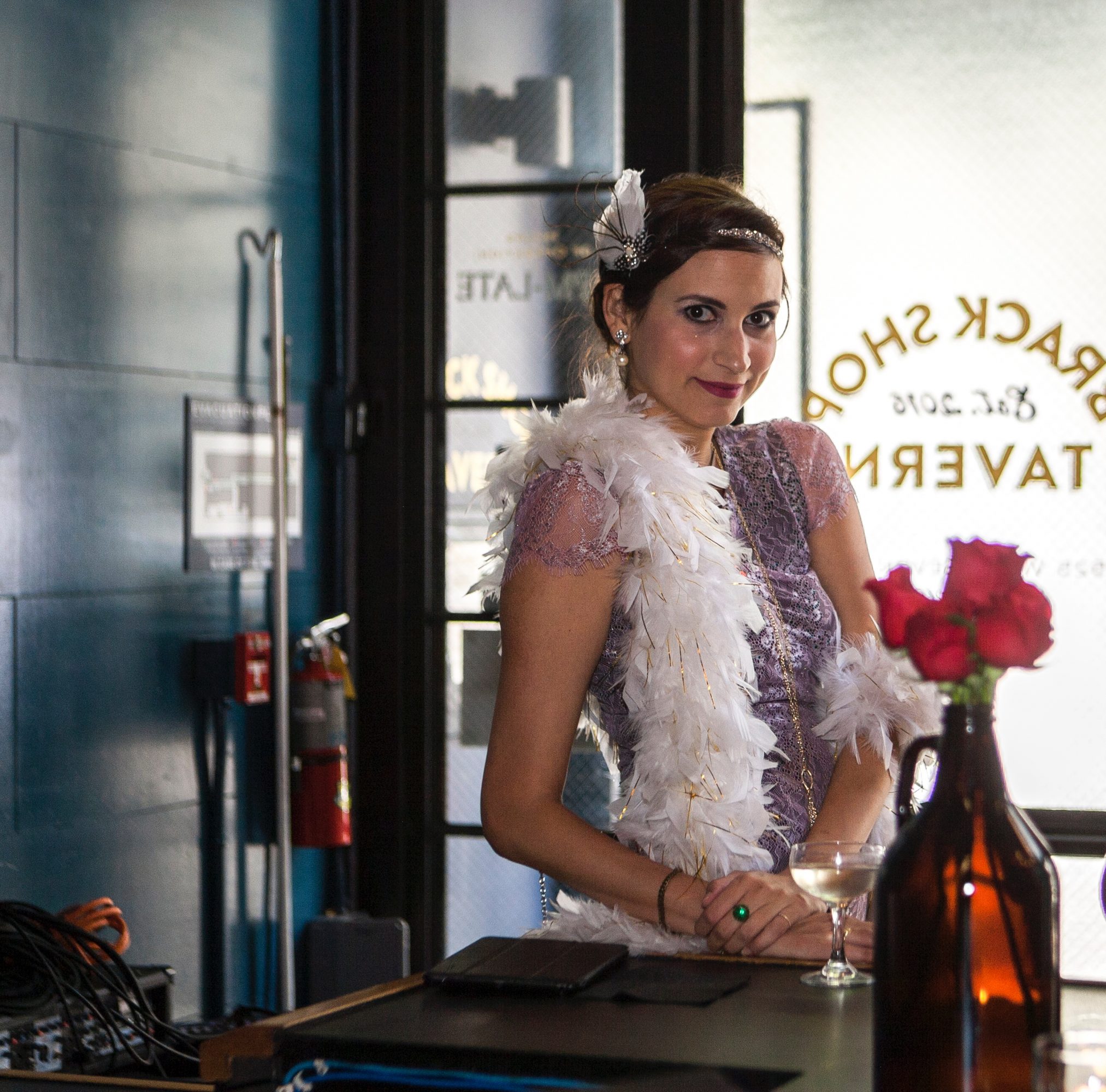 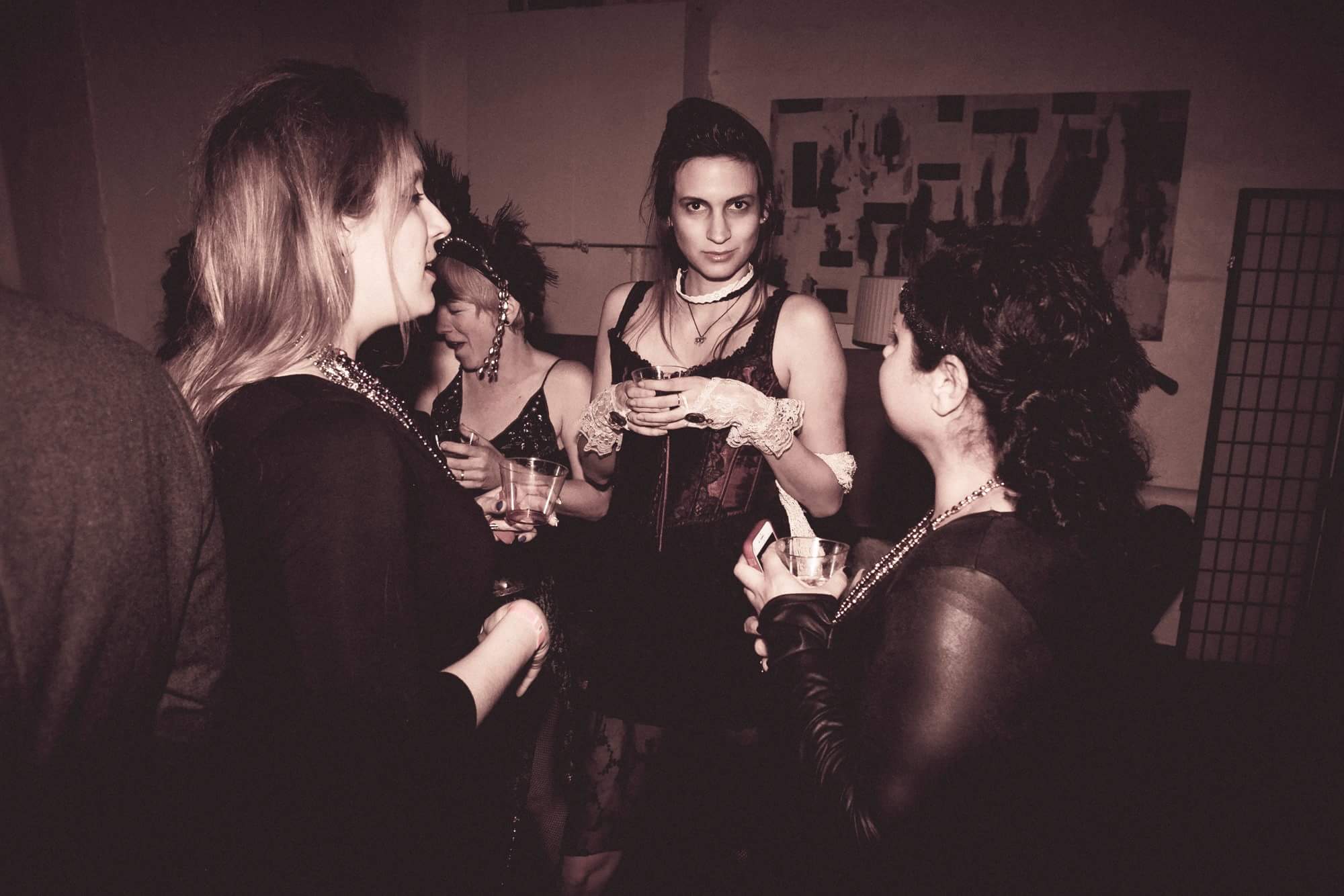 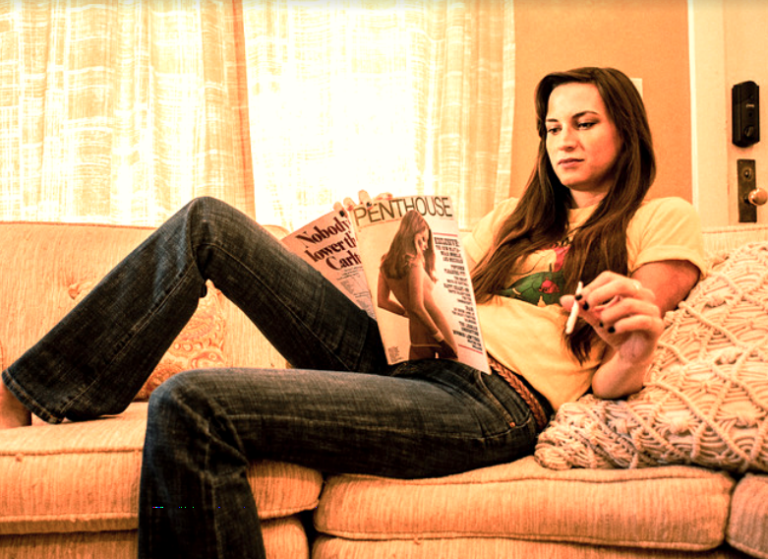 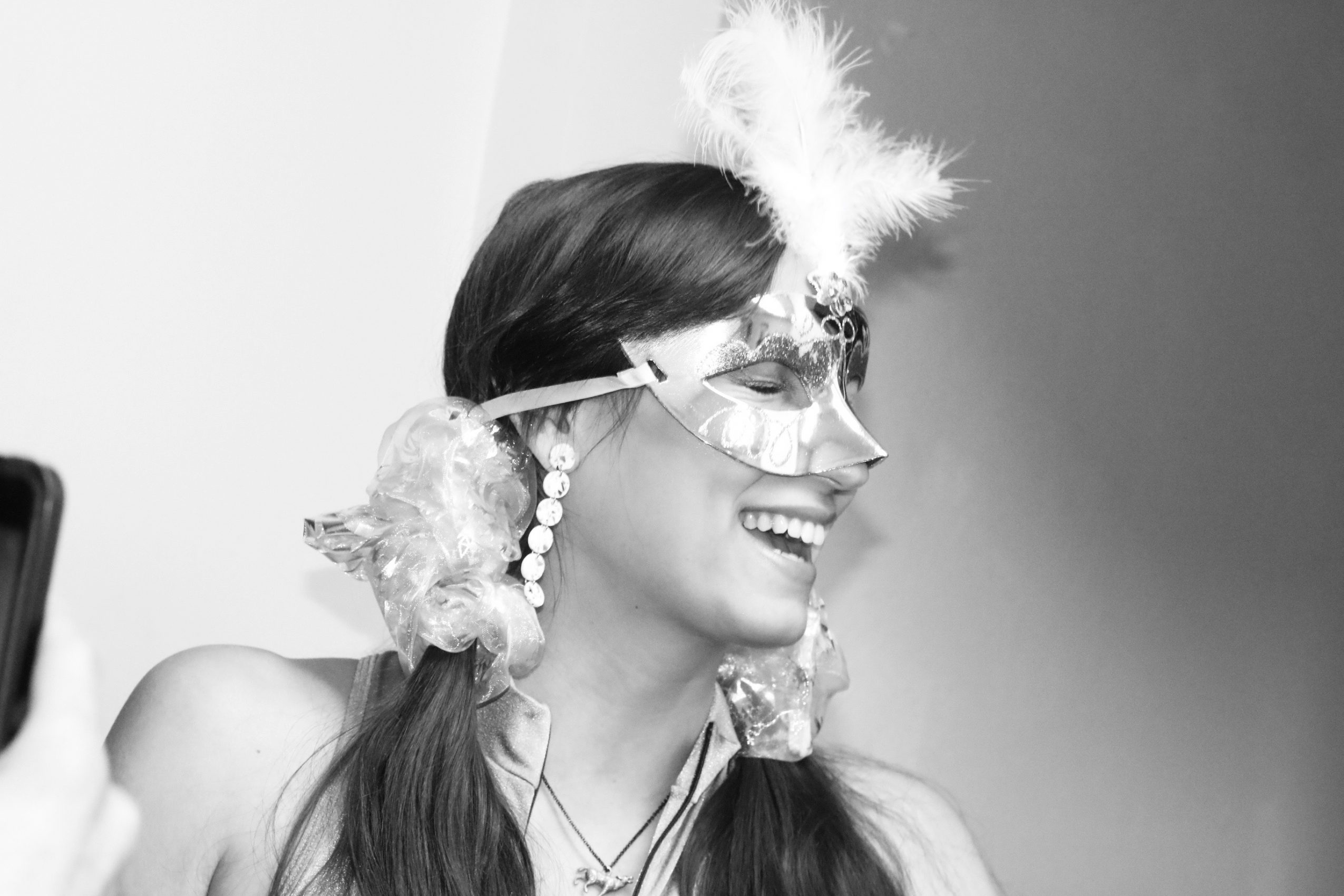 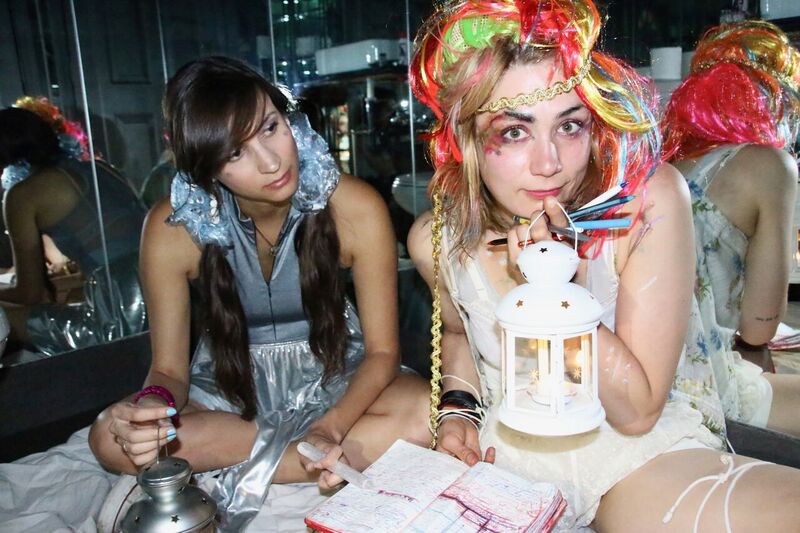 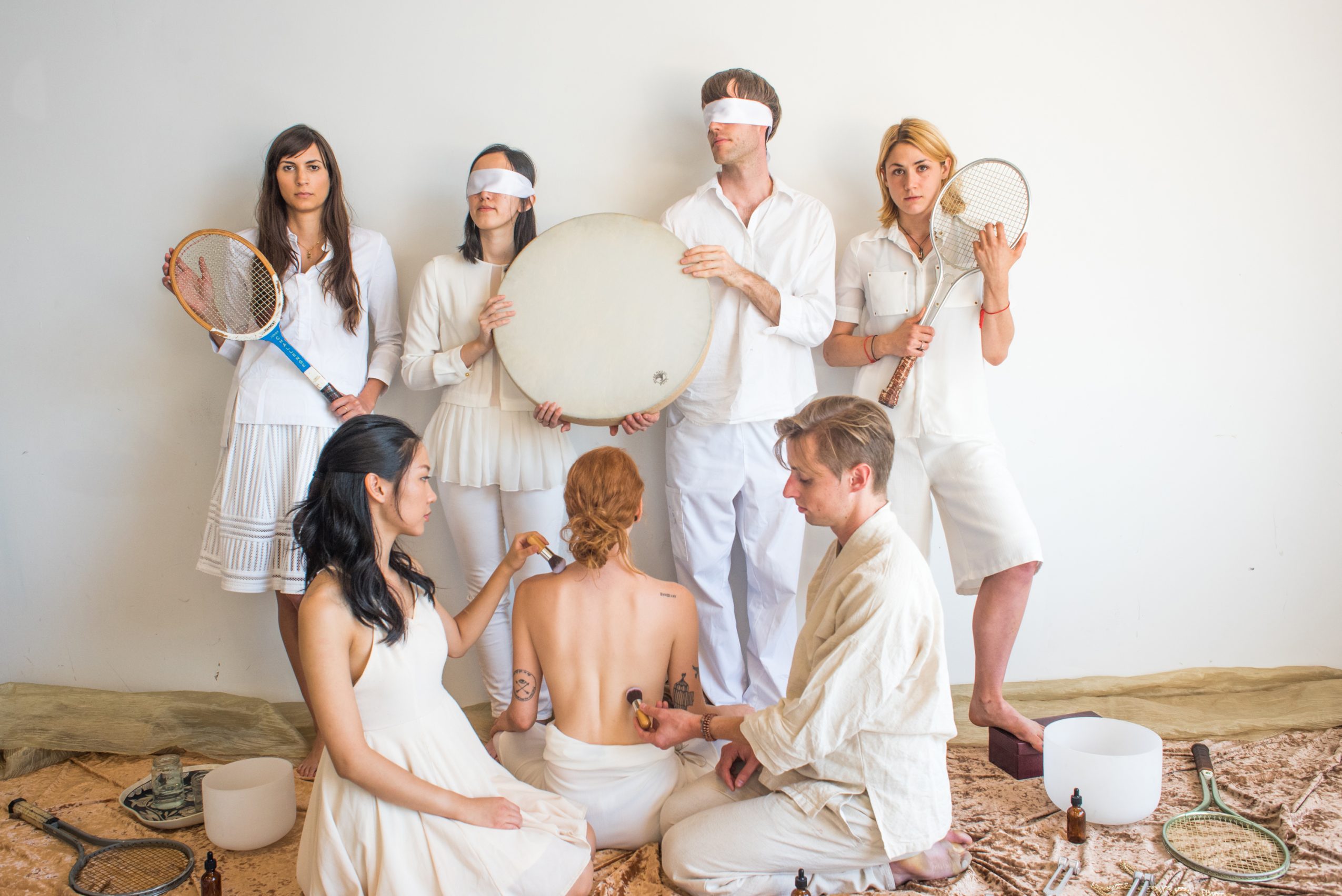 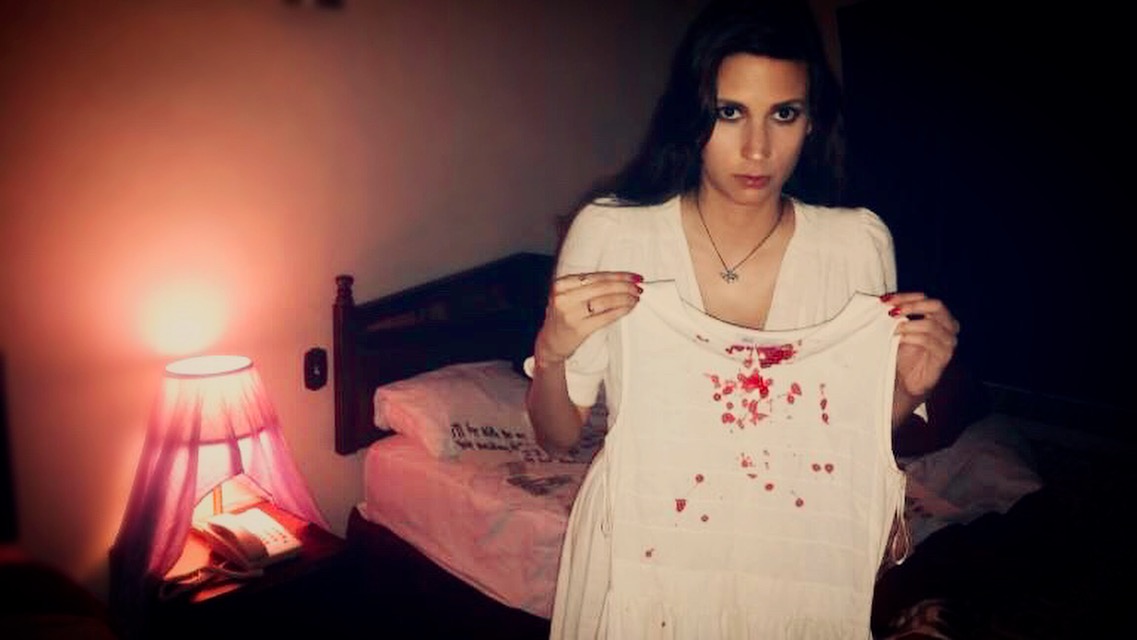