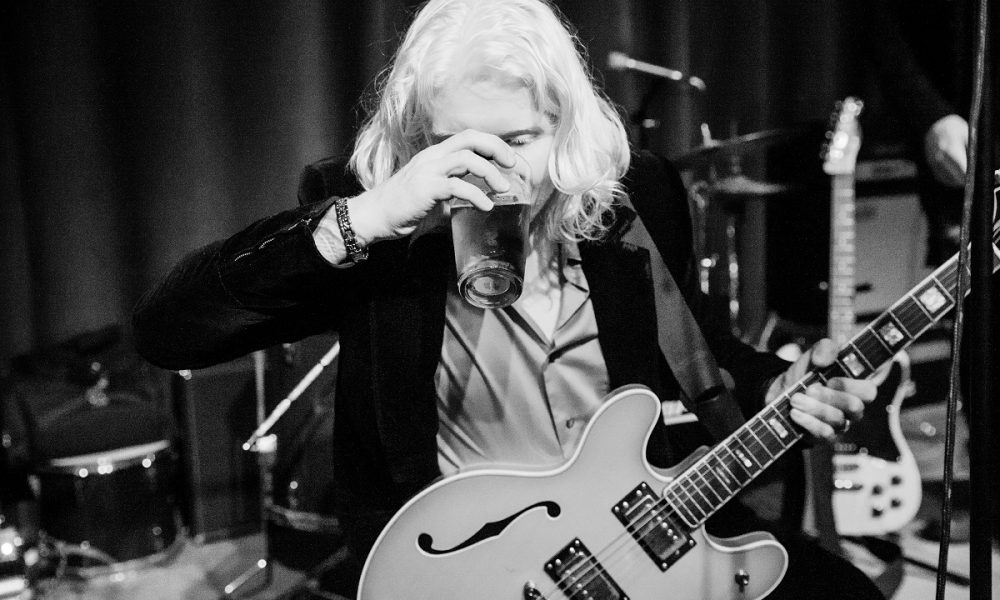 Today we’d like to introduce you to Kalen Chase.

Kalen, please share your story with us. How did you get to where you are today?
I started music as a child because I was awkward (and pudgy). I loved singing and making up songs and that love propelled me into opera training and church music, which logically thrust me into playing metal.

After attending Musicians Institute in Hollywood, I joined Korn on tour in 2006, primarily on backing vocals, and can be heard and seen in the MTV Unplugged: Korn released in 2007. I remained with Korn – often seen as The White Rabbit – until 2008.

In 2007, Joey Jordison of Slipknot joined Korn as their touring drummer. We sparked a friendship that eventually became the band Vimic in 2014.

Now, I’ve embarked on a new path, building on my singer-songwriter roots and production experience to create a sound of my own. I am currently working on new material, set to be released later this year, at El Dorado Recording Studios in Burbank.

Has it been a smooth road?
Frankly, the road was fraught with peril.

Firstly, I was born with albinism. The downside of this is severe visual impairment and looking like one of the children from Village of the Damned. The upside is that everyone I’ve ever been with has been a ten (just ask me, I’ll tell you. My brother and sister also have albinism and growing up had its share of staring, teasing and ignorant questions. While difficult at times, it was a huge part of making me who I am today, so I wouldn’t change a thing.

As far as the musical road, I started out in a Christian gothic metal band. We were horrible, but we were big fish in a small pond and we legitimately wanted to represent Christian fundamentals and help the youth in our community stay away from harmful decisions. This effort was met with an entire town boycotting the band and the church turning its back on my entire family. This created some bitterness, but it also gave me an opportunity to spend my 20s living in fantastic sin.

Shortly after all of this, I moved to California to attend music school and start a band to take over the world. It didn’t go well at first. The usual creative differences, infighting and early 20s drama made progress slow, but we steadily gained attention and a solid fanbase.

In 2008, we were offered a record deal with my dream label. Before everything was signed, the recession hit and not only was our contract terminated, many bands were dropped; so, that was a bummer. Things slowed down for me after that, but I got a boost of good fortune when Joey Jordison, my long-term friend from Korn, asked me to sing in his band Scar the Martyr (which became Vimic).

This was a dream come true and it led me to meet one of my best friends, Kato Khandwala, who produced the unreleased Vimic album. While Vimic is on indefinite hiatus, the real tragedy came a couple of years ago when Kato was killed in a motorcycle accident. This nearly made me give up. We had spent the last couple of years working together almost nonstop and I became a vastly improved musician and a minorly improved person, because of him.

The last day I saw him, he was listening to some of my original material, giving me firm but fair notes and telling me that I should pursue it. While I would have loved to have him be the one producing it with me, he is still the inspiration for all the music I’m creating now.

We’d love to hear more about your work and what you are currently focused on. What else should we know?
The focus has been on a handful of new songs coming out later this year, but I wound up writing and releasing an impromptu single called “When the Sun Comes Up” a few weeks ago to inspire a little hope in all the madness of this pandemic. We put out a call on social media to submit some uplifting footage and created a feel-good lyric video to get us thru these strange times.

If we have the ability to bring some kind of reprieve to this hellish nightmare, whether it’s music, art, charity, exotic dancing, we need to get off our asses and do it.

Earlier this year, my brother and I along with some incredibly talented artists and friends collaborated on an album called Hifi Americana, which was just released in early March. I have 3 new solo songs on the record, but we all played such a vital role in each other’s work that it really came together beautifully. The album features new originals by Paul Bellantoni and FitzMo (Michelle Fitzgerald and Nick Morris).

Ironically enough, our album release show became the last hurrah before LA effectively shut down into quarantine. Our lives and plans all shifted; toilet paper and hand sanitizer became currency. And I am one step closer to becoming a post-apocalyptic overlord.

On a positive note, it seems as if everyone is listening to and creating music now more than ever. Music has this ability to heal us in times like these.

So, this seems as good a time as any to announce that my newest single, Good Things, is set to be released in May 2020.

While recording and performing my own music is my main passion, I am also an experienced studio musician with a knack for layering harmonies with any singer swiftly and efficiently and bringing out the best in the vocalist I produce in the studio.

I have also been a private vocal coach and teacher at Musicians Institute for the past decade and still offer private vocal lessons (in person and virtually) whenever I’m not on tour.

How do you think the industry will change over the next decade?
I believe the music industry has already experienced its sea change with the rise of the internet.

However, all the changes of recent years are hopefully leading us into a more integrated, song-oriented, and artist-controlled musical future.

With the unprecedented pandemic we are facing at the time of this conversation, I also think live stream concerts will be a new normal.

I recently played my first show on StageIt, an online venue that allowed me to stream a live concert from my house. The comradery in the chat room of family, friends, and fans all coming together for music to help them get through the madness makes me think this will not go away when the virus does. And it turns out, I needed the outlet too.

We’re seeing almost every performance artist go live on Instagram, Facebook, YouTube. Some of them almost daily. Quarantine and self-isolation has introduced the masses to streaming platforms they may not have otherwise used yet. 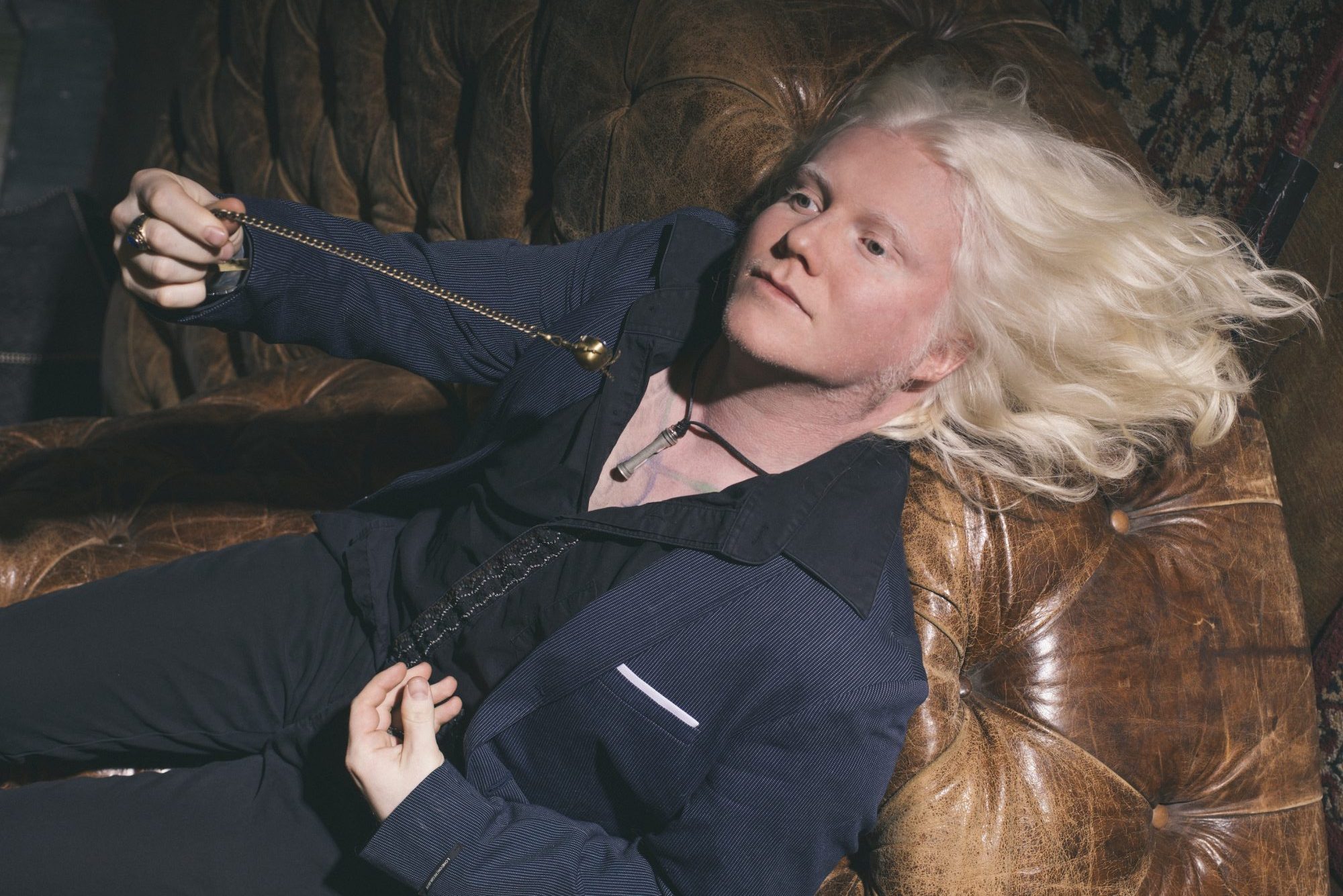 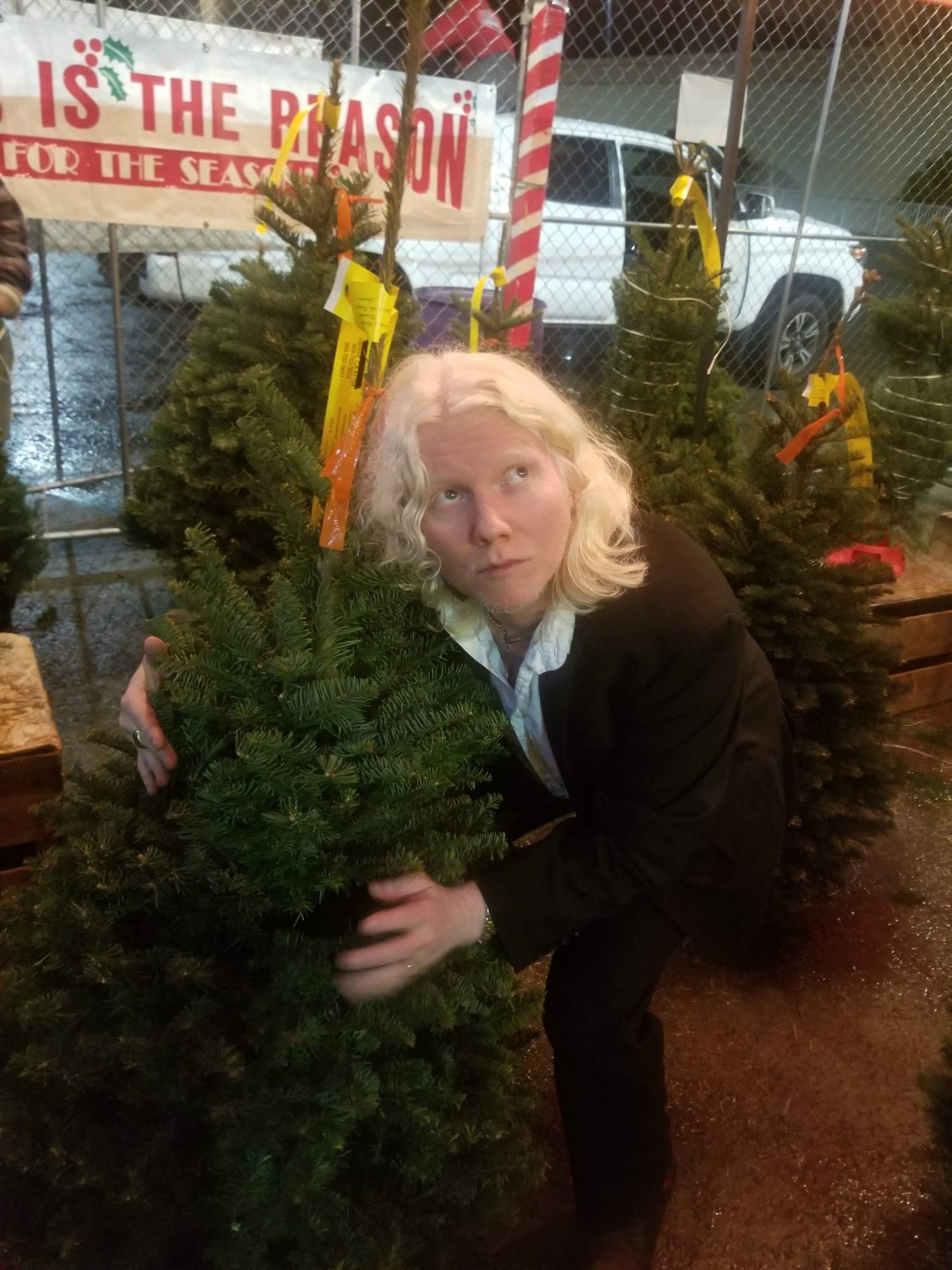 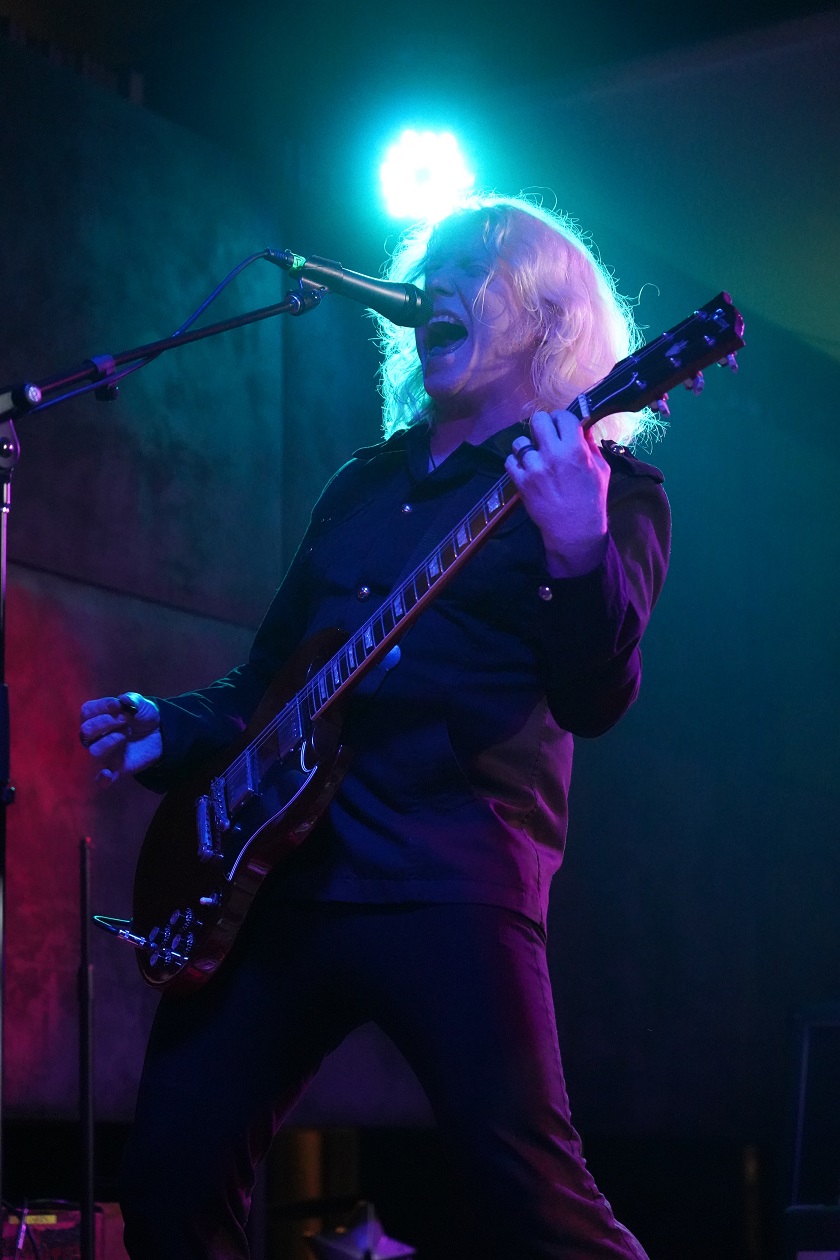 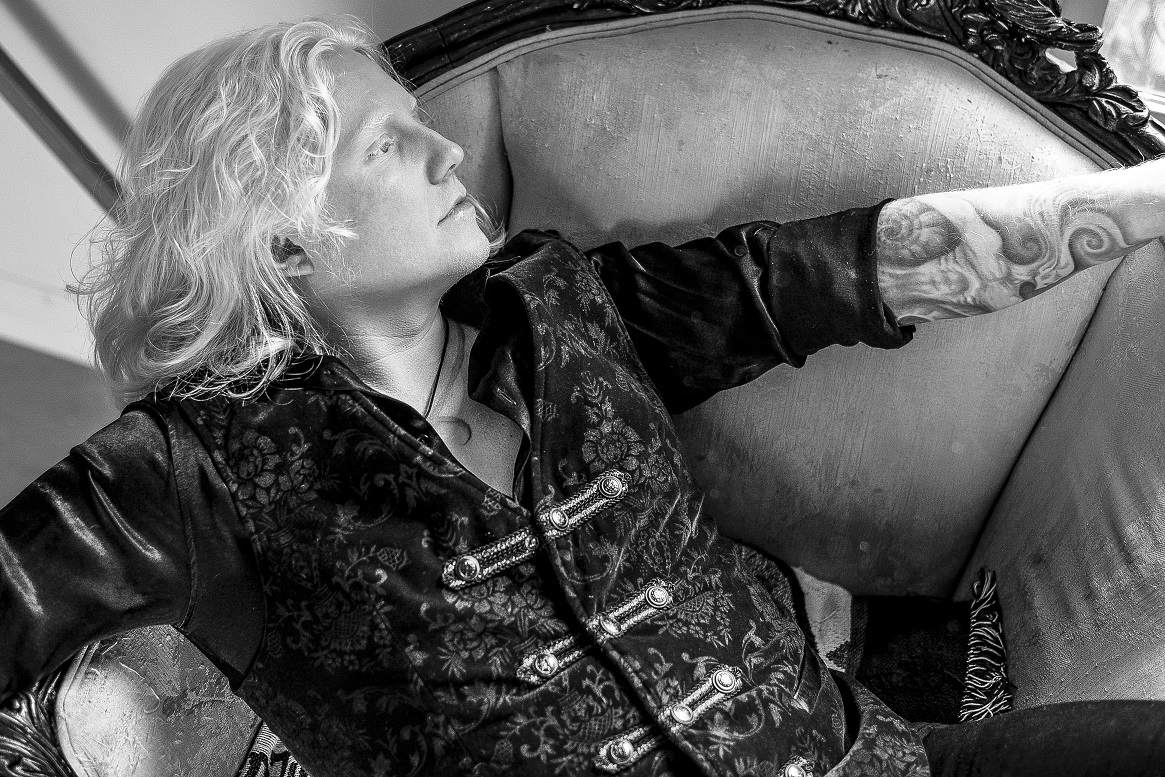