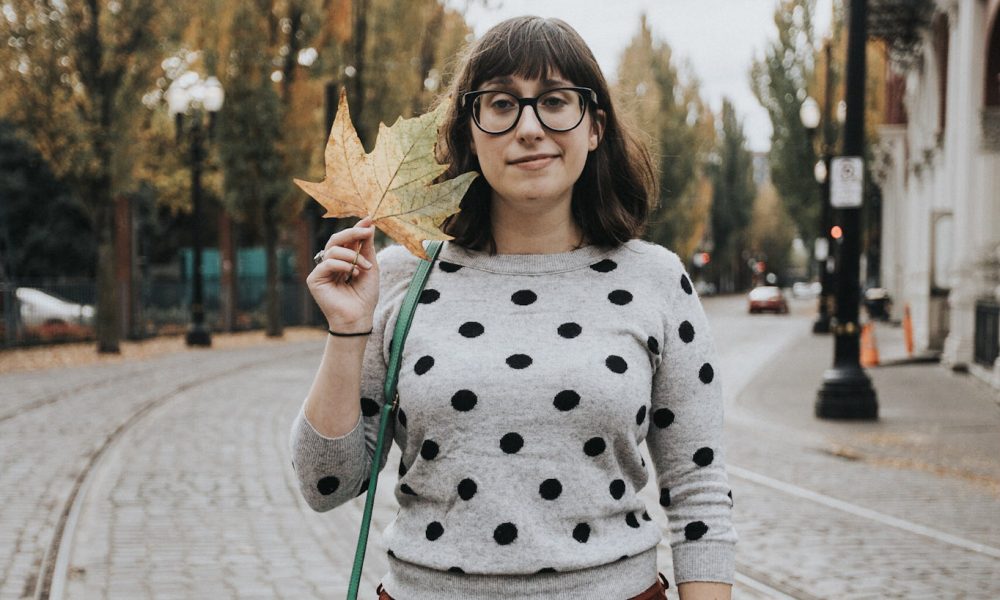 Today we’d like to introduce you to Julie Pearson.

Thanks for sharing your story with us Julie. So, let’s start at the beginning and we can move on from there.
I grew up in Minnesota, which is a nice place that can also be kind of allergic to self-expression. I buried myself in books and watched a lot of sitcoms and old movies – I think I liked the big, exaggerated emotions. I didn’t talk much, but was always sort of a tentative performer – doing school plays and active on the speech team, but always waiting for permission to put myself out there.

When I went to college as a theater major, I had an opportunity to join an improv team without auditioning, and I took it. I was terrified the entire first year, curling up anxiously under my lofted dorm bed for the entire day before every Sunday night rehearsal. But I stuck with it, for years, until it took me to Chicago after graduation. In Chicago, I performed improv and co-founded a devised theater company that used improv to create fully-realized scripted plays. In that collaborative environment, I had a safe space to try my hand at writing and putting my work out there. As I gained experience directing and writing these plays, I discovered that I preferred writing to acting, and moved to LA to pursue TV and filmmaking.

In writing my own stories and performing my own material, I’ve been able to feel a sense of ownership over myself and my voice. So far, this has taken a lot of forms: stand up comedy and sketch, a slew of articles for Reductress, a parody lifestyle blog, a web series that I wrote and directed, several original plays and two recent gallery shows where my poems and videos were featured alongside local artists. It’s hugely rewarding and fun (and challenging and exhausting and…).

Has it been a smooth road?
Nope! How honest should I be here?

I went to college expecting to be a dramatic theater actor and was oblivious to the fact that I only got cast in comic relief roles – the wacky landlady, the housewife who’s secretly a swinger, the over-eager sidekick that they intended to cast as male, etc. I’d always wanted to do comedy but I thought of myself as a very serious person, and for the first five years of doing improv, I had a hard time trying to be funny. So, um, that probably held me back.

There are probably infinite layers of vulnerability involved in comedy, and writing, and pursuing a career in the arts in general. Getting comfortable with each layer (and with the endless barrage of layers) is the real struggle, I guess, and one I continue to battle.

I wish someone had told me that when I was 18. I went into this whole thing thinking that at some point, someone else decides if you’re “talented,” if you “have it” and get to do this for a career. It turns out, you have more power than that! Power to make your own work and to give yourself the time and life experience that lets you define your voice. And to keep uncovering newer, more miserable layers of vulnerability that are required of you. What a joy!

On a more practical level: as someone who does a lot of different things that fall under the comedy umbrella, it’s hard to balance them all and to know what to focus on at any given moment: should I work on writing a script or go out and do stand up? Find a new directing project or take a nap? Maintaining any kind of balance is hard, especially while also working a day job in entertainment. Recently, I decided I wanted to try having a personal life, and I flew into a panic because I didn’t know what that meant. (Now, I’m learning French on Duolingo, so I guess you really CAN have it all.)

What do you do, what do you specialize in, what are you known for, etc. What are you most proud of? What sets you apart from others?
The thing I hear most often about my work is that it’s relatable. I love telling women-driven stories with a dose of existential whimsy, that usually channel some of my anxious tendencies. This has taken a lot of different forms over the years, but here are a few recent favorites:

This year, I wrote and directed a web series called The Boxcar Adults that parodies the beloved Boxcar Children book series I read as a kid. In this version, they’re adults in their late 20’s who don’t want to return to their real lives after Burning Man and take up residence in an abandoned boxcar. All they’re missing is every survival skill! It was released this year on Stareable and Vimeo and recently screened at the California Independent Film Festival.

I also just wrapped up a group art show called Banana Phone. We played the party game “telephone,” but instead of whispered phrases, we passed along art pieces in different media. I wrote and performed 8 character monologue videos that were displayed at the Hive Gallery in September, and immensely enjoyed working with visual artists and musicians to create something unique and cool. Writing can be lonely and I find it important to look for ways to collaborate and put my work into the world.

In that vein, I also host a monthly pilot reading to help foster community among LA comedy writers. Co-produced by the Mystery Society, we gather a group of actors and read two scripts every month in a supportive, informal performance. My goal (besides sneakily creating a place to workshop my own scripts) is to give creative people a space to gather and meet each other. We just had our sixth reading and I love seeing the depth of talent that exists in this city.

How do you think the industry will change over the next decade?
I don’t know if I have enough of a bird’s eye view to talk about “where the industry is headed” in a broader sense – or if it’s a good idea to think too hard about it, since it ultimately becomes too tempting to try and anticipate what the people with the money will want instead of being true to what you want to put into the world. There’s a brutality and powerlessness that feels ambient in America lately (for obvious reasons) and it makes me want to direct my work toward sincerity and kindness and shared common experiences. I don’t know if that’s marketable but I think it’s worth doing.

As far as what that will look like: I’m in pre-production to direct a short film called Manbaby with my theater/film collective, Cursed Champagne Productions – a riff on modern adulthood through the eyes of an adult babysitter and an adult baby. A continuation of my theater company from Chicago, we use improv to inspire all our scripts, and this one is no exception. I’ve known everyone in this company for a long time, and it’s endlessly inspiring to collaborate with some of my favorite people. I hope to keep doing more of that.

In the near future, I’d like to focus more on long-form storytelling and move toward my eventual goal of writing for television. What does that look like? I’m not sure! Maybe making a feature film or writing a play or doing another weird art project. As with everything else up until this point, I’ll have to wait and see what goofy idea sounds fun. 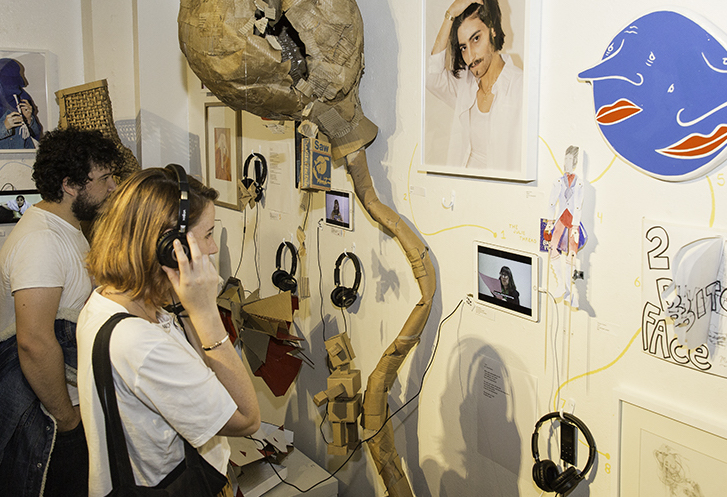 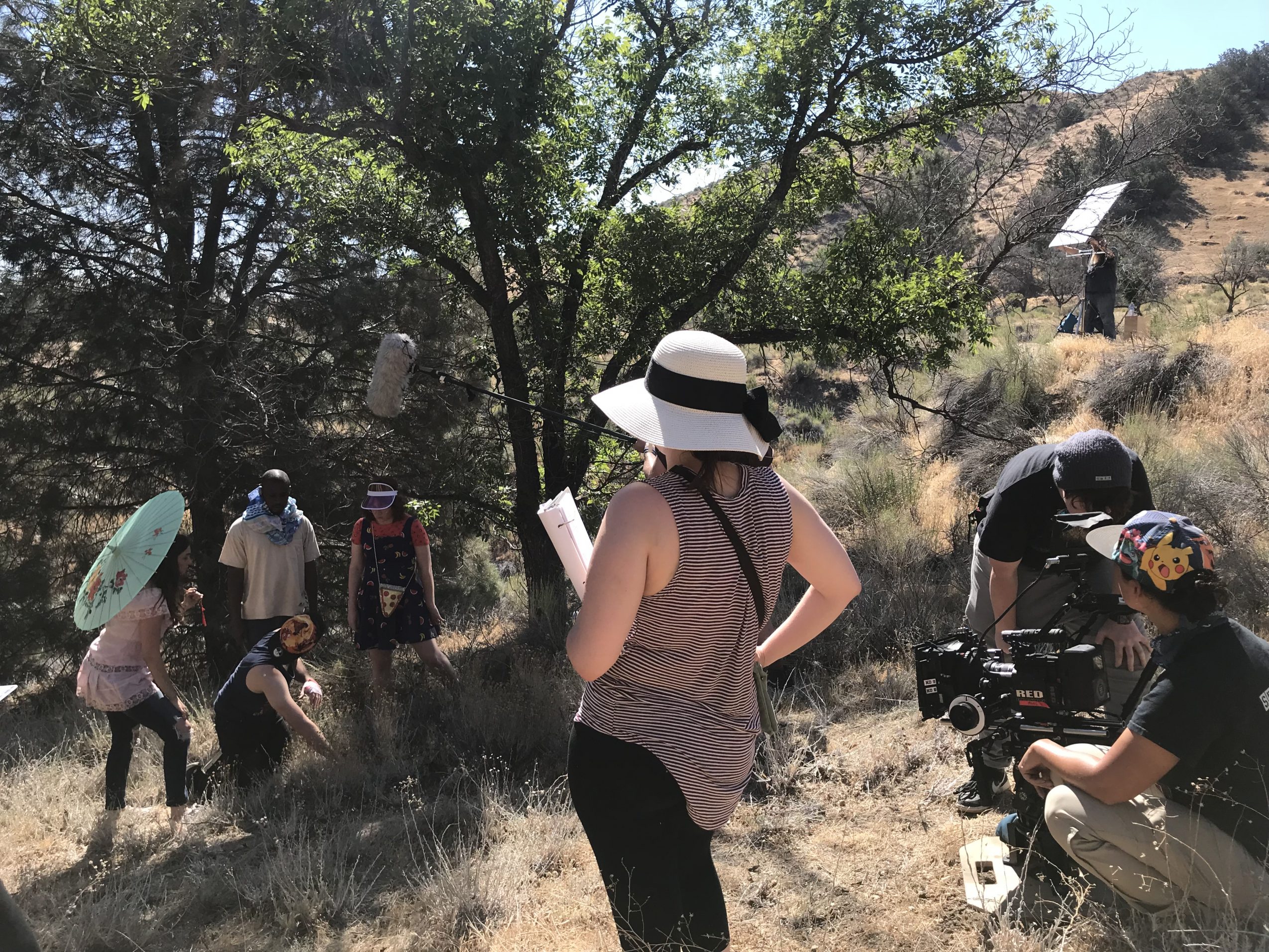 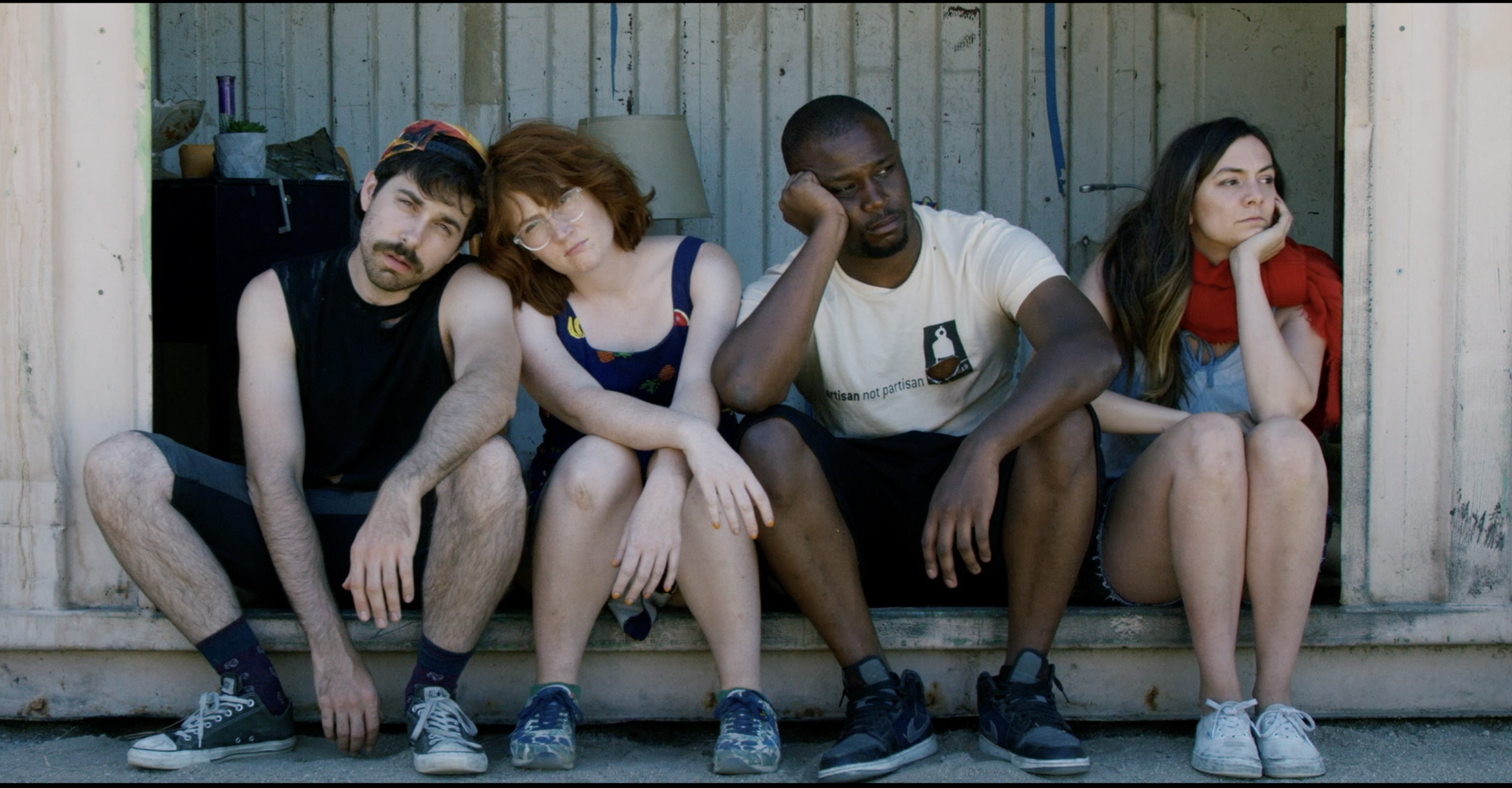 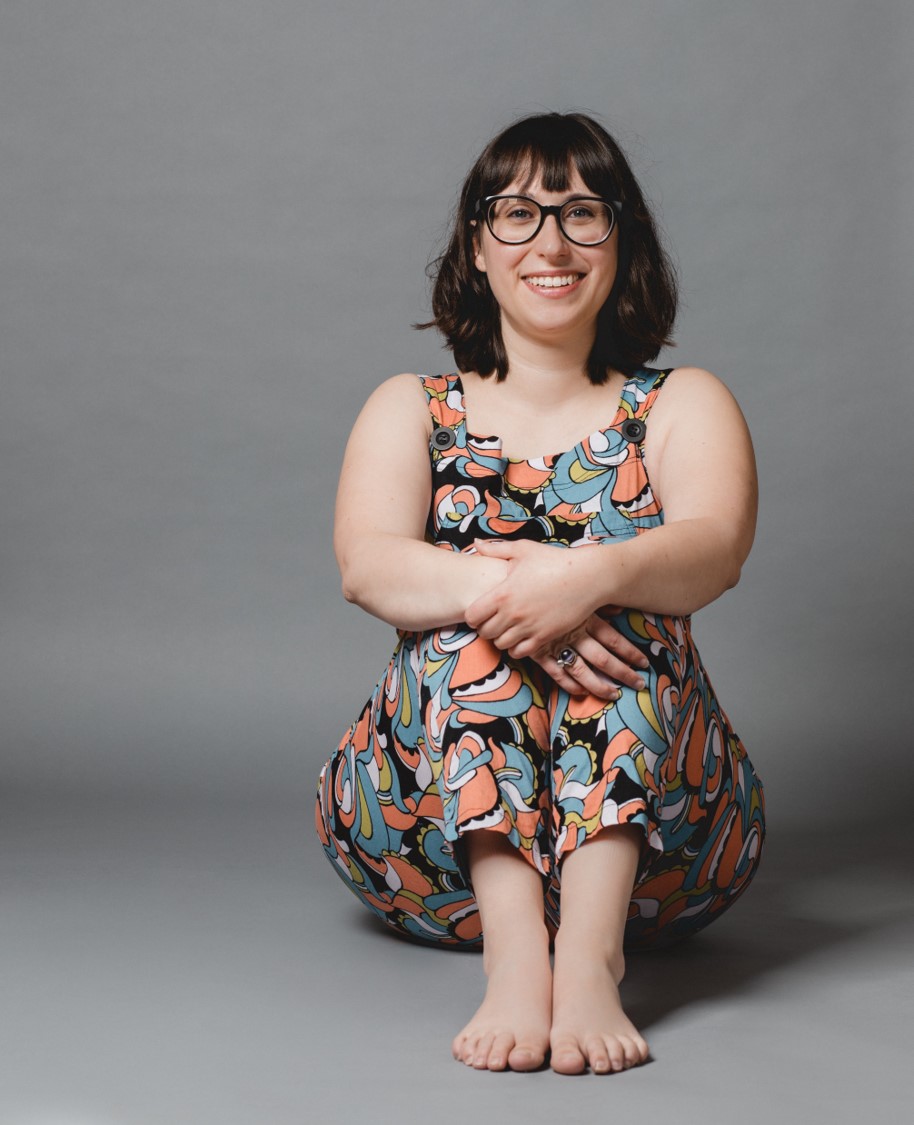 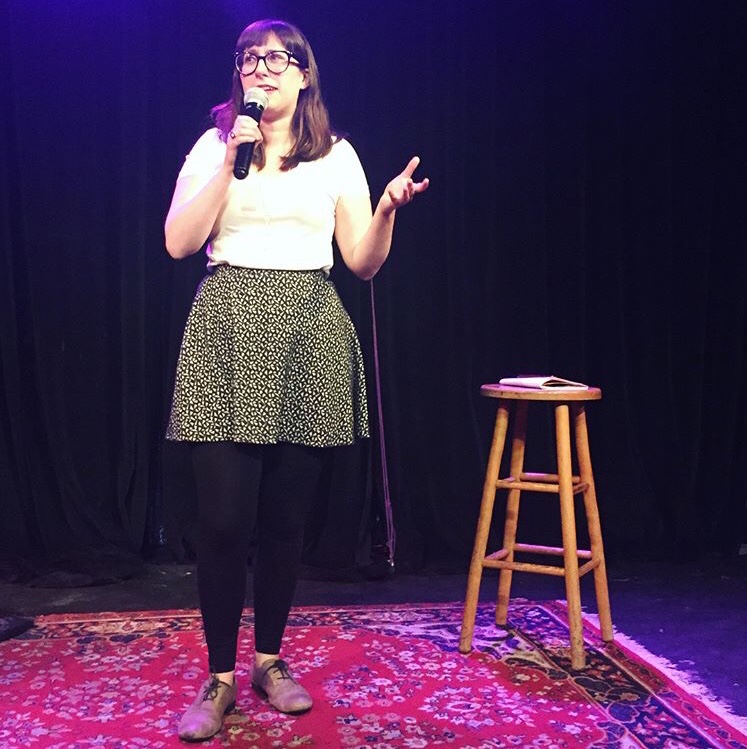