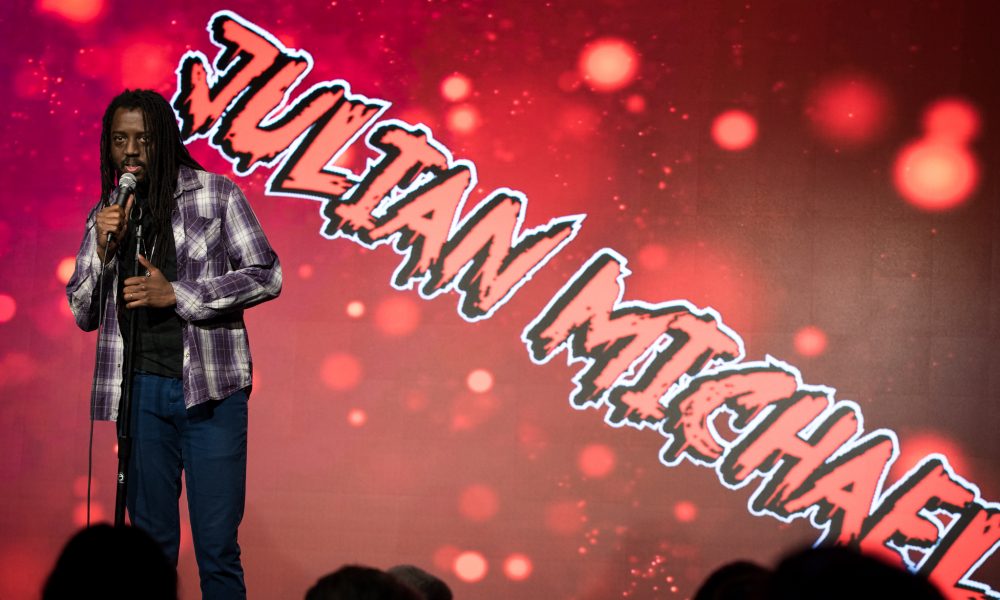 Today we’d like to introduce you to Julian Michael.

So, before we jump into specific questions, why don’t you give us some details about you and your story.
In the summer of 2008, my cousin Kelly dragged me to an open mic and signed me up. I had just moved to New York from Virginia and was on my way to becoming a Baptist minister. I was also deeply in the closet and resigned to being one of those tragic “upstanding moral community leaders” who gets caught with his secret boyfriend while supposedly on a family vacation with his wife and kids.

That first open mic experience was magical for me, even though I was the last to perform and only my cousin Kelly and the janitor were left in the room. (Even the host decided he’d rather smoke a cigarette than listen to my rookie set). As I continued to perform at open mics and little shows around NYC, I realized that I greatly preferred the stage to the pulpit though both gave me the opportunity to share my truth. I also met my now husband (he’s more than that really), Jonathon,  and got laid off from my day job, which prompted a move back to Los Angeles, my hometown.

Returning to LA was one of the best decisions of my life, though it wasn’t easy. It first meant coming out to my mother. Spoiler alert: she was completely cool about everything and continues to be my biggest support system; but I was so afraid to be honest with her that I never wanted to return to LA, let alone bring some Midwestern white boy back to the hood with me. Realizing that I was loved for who I am not what I do (something I should have known all along) freed me to be authentically myself in life and on stage. Coming out of the closet and owning my sexuality and everything that makes me unique has made me a better comedian and human being.

Early on upon returning to LA, I met TV legend Garrett Morris and his business partner Kevin Garnier who were running a weekly blues and comedy show in downtown LA at the time. They took me under their wing and gave me stage time many young comedians could only dream about. I got to perform with some of the biggest names — Katt Williams, Wayne Brady, Andy Dick — and see that I could hold my own. I have since performed all across the country, continuing to push the envelope and sharing a perspective that has often gone underrepresented in our culture.

In 2017, I recorded my debut album, Insert Token, to a standing ovation at the Comedy Underground in Seattle, WA. And last year I was featured in Out on Stage: the Movie, a first-of-its-kind queer comedy ensemble that appeared in theaters nationwide and was subsequently released as a TV series of the same name. Hearing my jokes on Sirius XM radio alongside comedy legends and seeing myself on the big and small screens has made me realize what is possible and where I am headed. I’m hungry to use my gift to reach the world and speak my truth.

We’re always bombarded by how great it is to pursue your passion, etc – but we’ve spoken with enough people to know that it’s not always easy. Overall, would you say things have been easy for you?
It has not! Pursuing comedy, or really any passion is about not being stopped by failure and turning losses into lessons. I get told “no” quite a bit. I’ve sent emails to bookers and decision makers that never got opened. I’ve lost contests I felt I deserved to win and I’ve been passed over for opportunities that I know I would have nailed. I even optioned a TV pilot about my life that has gone exactly nowhere. I’ve told jokes that went horribly south and been heckled near the point of tears. I’ve dealt with debilitating health issues that made me think about quitting comedy altogether. But I have fought my way through all of it. And I continue to fight. Setbacks make me work harder to be undeniable.

My biggest struggle, though, has been to accept myself. Being different is never easy. However, I’m old enough now to realize that the things that make me different are the things that make me special. I used to want to change who I was and now I understand that all things that bullies picked on me for are the things that fans applaud for. For me, being honest on stage requires me to come out to strangers every single time I perform. I have done plenty of shows where I looked out at the audience and saw no one who looked like me or shared my identity. I recently did an open mic and was told midway through my act that gay jokes weren’t allowed there by some drunk (probably closeted) dufus. After getting over the shock of being heckled at an open mic, I proceeded to do even more explicitly gay and graphic material I usually save for late night crowds. I’m past the point of allowing anyone to silence me. And I embrace every struggle as a way to grow and get better for the next situation. As scary as it might be in the moment, by owning my uniqueness I invite each audience to have a new and unexpectedly awesome experience.

We’d love to hear more about your work and what you are currently focused on. What else should we know?
In some sense, I’m a textbook standup comedian. I plant my feet in front of the microphone and tell jokes. But there is nothing textbook about me (OK, maybe Abnormal Psychology).

I don’t fit into any box. My personality and perspective as well as my pace and delivery are very singular. That’s why I embraced the moniker “Token.” I’m an outlier in any group — even when I’m hanging out with people who look like me or share the same identity, I still march to my own drummer.

There aren’t that many prominent queer comedians of color in general. There are even fewer queer POC male performers who share my mix of hetero-passing dude-ness and drag-queen level snarkiness. Chances are high that I’m the only one of my kind on any given show that I do. I strive to give each audience an experience they couldn’t get otherwise. I see the world from different angles than most people who pursue this art and it’s my responsibility to tell my truth and to make it funny enough so others can digest it and reflect on it.

So, what’s next? Any big plans?
I plan to keep growing as a comedian, writer, and entertainer. My immediate goals are to tell jokes on network television (my mother refuses to buy cable and it’d be nice for her to see me do my thing without her fingers crossed for what I might say) and to travel the world making people laugh and think. There are no big changes coming. I’m content to make a conscious effort to get a little bit better everyday and confident that will take me exactly where I want to go. 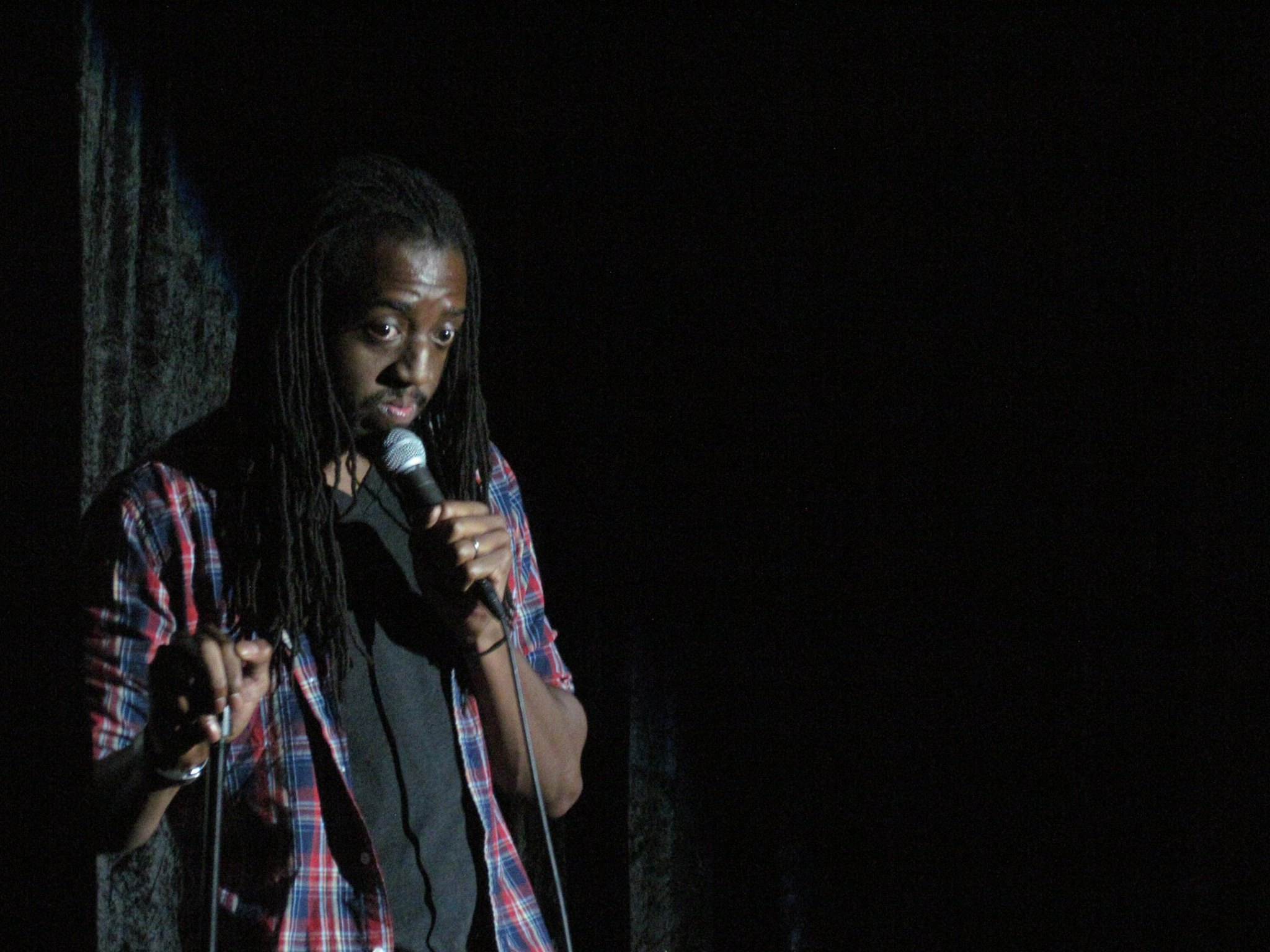 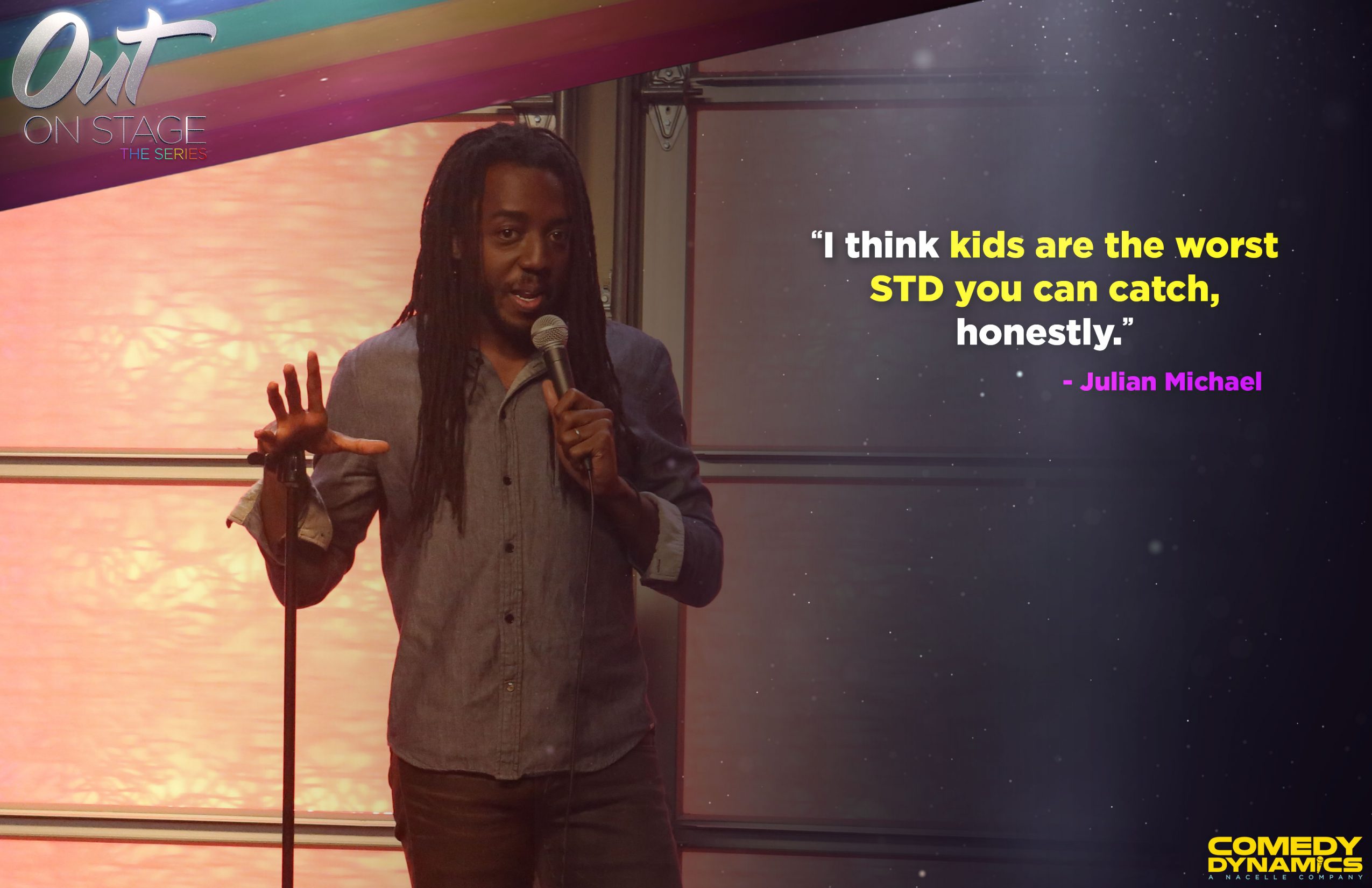 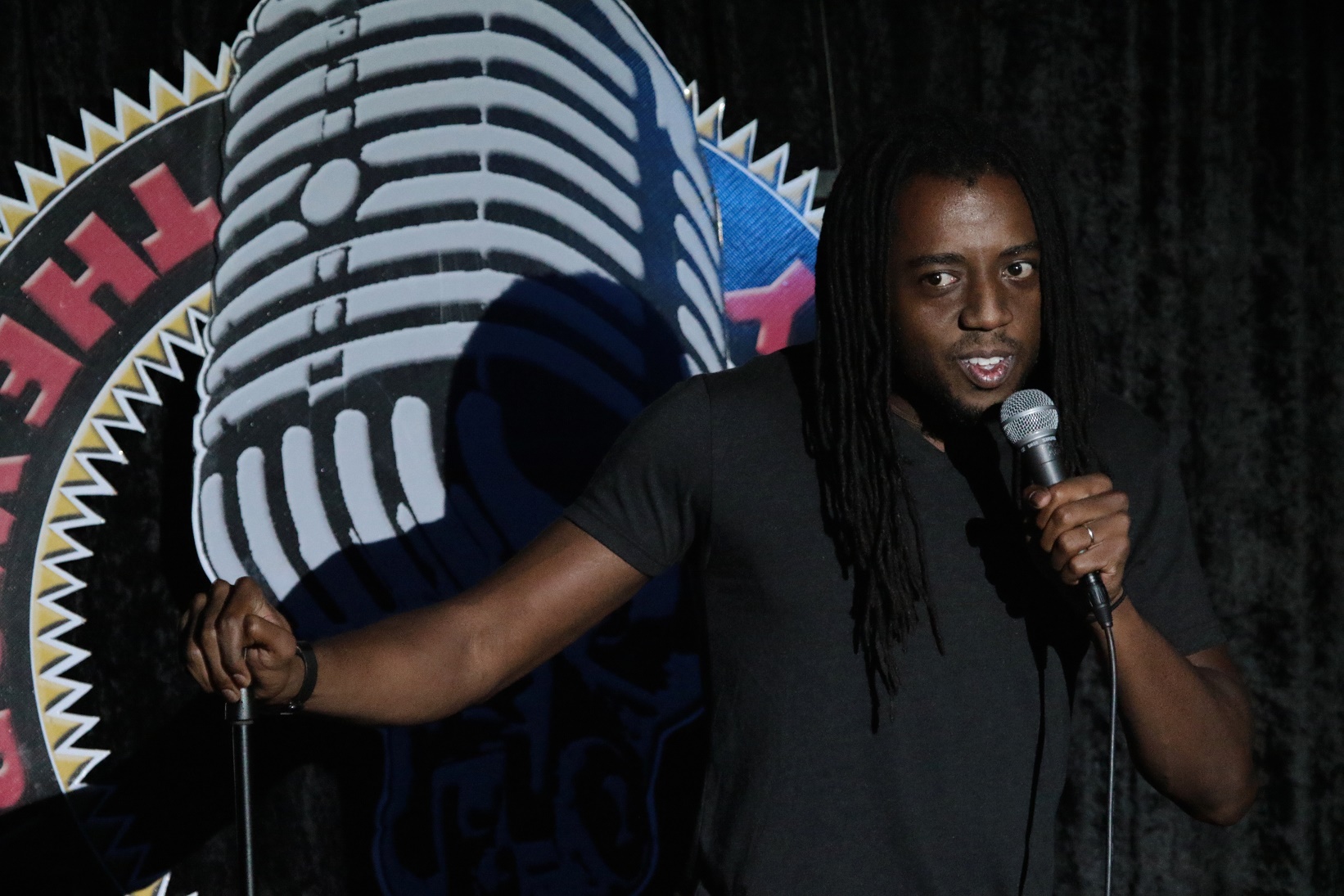 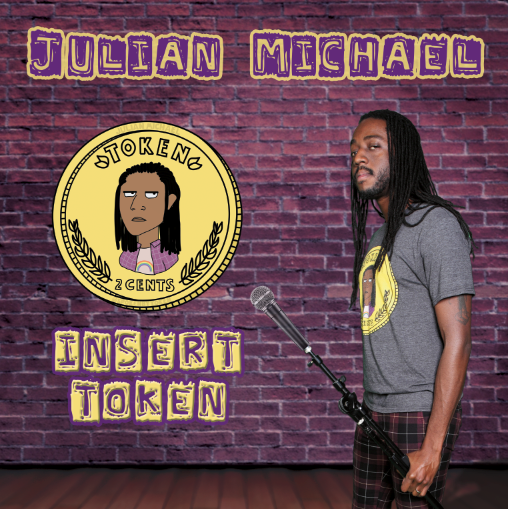 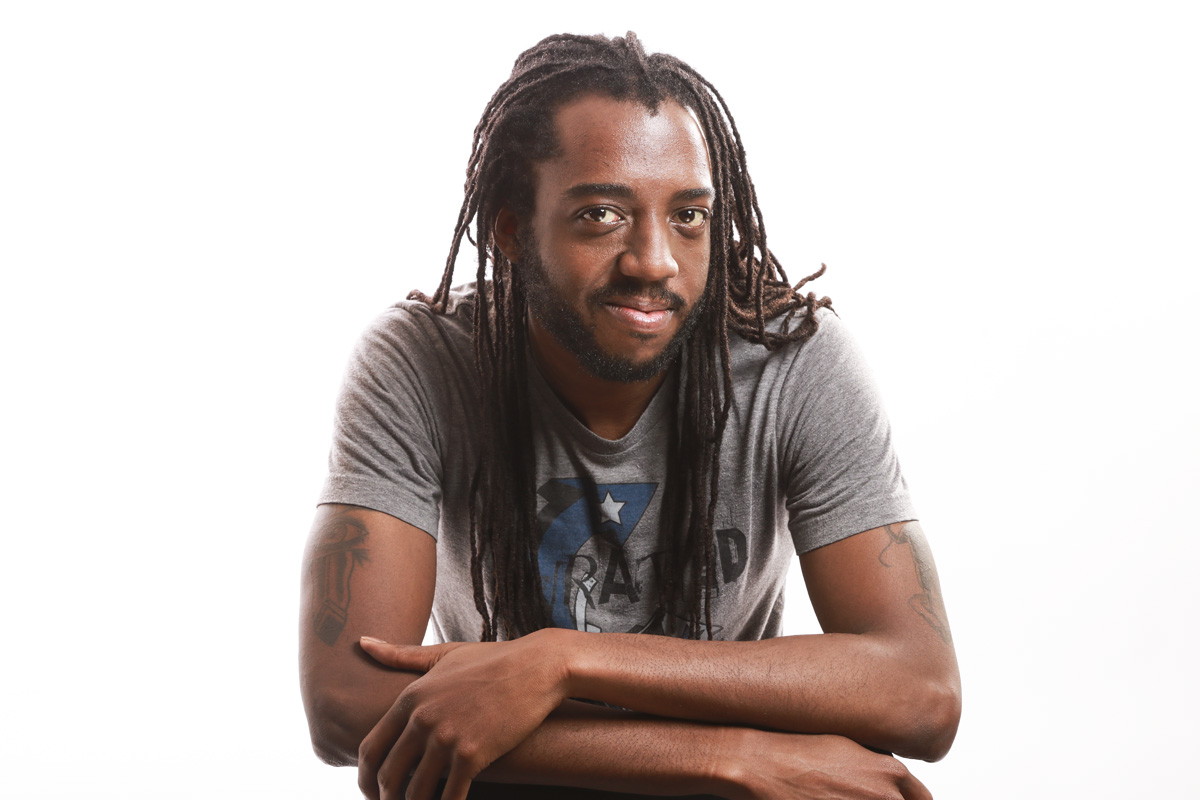