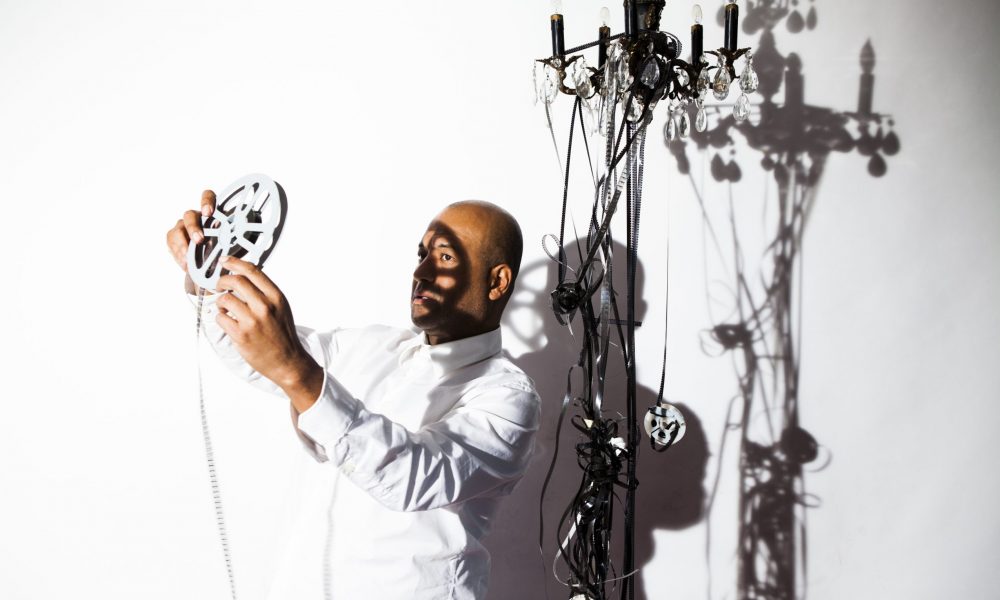 Today we’d like to introduce you to Juan Escobedo.

Thanks for sharing your story with us Juan. So, let’s start at the beginning, and we can move on from there.
I am an animal lover, filmmaker, and photographer.

My most recent passion project titled Marisol, a short film about domestic violence and child abuse has been qualified for the Oscars. The Marisol script was also inducted into the Academy of Motion Picture Arts and Sciences Margaret Herrick Library. It’s an honor to see my work in an institution that I’ve admired and wanted to be a part of since I watched my first Oscars.

How did I get here??? I’ll try to give you the Cliff Notes version.

My mother always wanted her kids to finish school and wanted a college degree on her wall from all her kids. So, I set myself out to be a white-collar professional. Business classes were the first attempt at it. It was also what all my friends in high school were going into. But I always felt I needed that “thing” that I couldn’t explain. It was that “thing” that was inexplicable, but you knew there was something missing, and you weren’t doing it. Art was that “thing”!

But it just wasn’t on my horizon, all my friends were going into business. So, I felt I needed to do that. Business classes were extremely hard for me. Certain parts of the business major I liked, but others just killed me. My soul was just withering away, and it was very depressing. The statistic class was the major one. I don’t know how I survived that one. Math has never been my strongest but I had a friend who was really good at it, and he often tutored me but would get frustrated because I just didn’t get it.

My brain wasn’t wired that way. It was wired for something else. I knew it but just couldn’t explain it. After being in a community college for two years, it was time to move on to a four-year college and decided to try Los Angeles. At that time in my life, San Diego was very conservative and didn’t see myself there. It was a little slow, but now it’s very different.

I enrolled in Cal State LA as a business major and saw a school counselor who took a look at my grades and asked if I really wanted to major in business. My response was yes and why? He said your grades don’t reflect that. Then he proceeded to ask me about art and for whatever reason he said Theater. Acting was also something I wanted to try. He said you can get a degree in Theater Arts with an emphasis on Directing. That to me was a revelation!!!!

Enrolling in Theater Arts was definitely the catalyst in my life. It prepared me for almost every aspect of my life. With my Theater Arts degree, all I thought about was that my MOM had my degree on her wall and I had done my part in making her proud. I gave her a lot of grief growing up so this somewhat made up for it.

Overall, has it been relatively smooth? If not, what were some of the struggles along the way?
With a Theatre Arts degree, I couldn’t get into many job fields. I tried acting professionally and still do from time to time when friends need help with their short films or readings. Teachers from Cal State LA would call me to ask about being in their productions way after I graduated. My first acting gig after college was Sister Act with Whoopie Goldberg. I was an extra for a day, and I thought I had it made with the nice paycheck for a days work — then the Bold and the Beautiful soap opera. But the reality of the outwork actor set in and didn’t book anything else for a long time. It was your typical Hollywood story cliché.

I had a degree and needed to pay rent. So, I started looking for a job in the newspapers, this is before the internet. I came across a teen theater pregnancy and HIV prevention job at a nonprofit in the San Gabriel Valley. Working for a nonprofit in prevention was amazing. It’s something that hadn’t crossed my mind. There was a niche that hadn’t been filled, or if anything it was in its infancy of using arts, film, and photography as a medium for prevention. I did that for a few years until digital cameras became accessible then I was able to incorporate filmmaking and photography in prevention with youth in the East LA area.

For almost two years, I worked at a non-profit by day and attended film school by night at LACC. It was interesting because the same teachers teaching at USC and UCLA by day also taught at LACC by night. They would often say that we were getting a USC and UCLA education for a fraction of the price. I had found that “thing” I needed again. The same “thing” I had experienced in the theater but now in film – in moving pictures. After I finished at LACC, I bought a camera and set out to make films. A friend who had just published a poetry book had asked me to read a poem at his book signing. I asked if we could shoot it as a short film instead. He didn’t really understand, but then I sort of pitched it.

The name of the poem is titled “I am a Soldier of Iraq/Soy Soldado, de Irak.” The book was in Spanish. For some reason acting and poetry in Spanish it’s more dramatic. “Soy Soldado, de Irak,” the short little film I directed and shot in one day with one my first cameras went on to win the Conscious Art Award at the Wine Country Film Festival in Napa, California. It was completely unexpected. Then soon after we won the Silver Palm Award at the Intl. Mexican Film Festival and the Swiss Govt. Cultural Arts Dept. recognized it as the Best Short under four minutes at the Cannes Film Festival, 2008. It was fascinating to win these accolades.

We’d love to hear more about what you do.
After “Soy Soldado, de Irak” more jobs started to come my way. I do my regular job working with youth in prevention then moonlight as a director producing PSAs, documentaries and animation projects in the non-profit world. Because I’ve been in the nonprofit world for so many years and a filmmaker, I am able to consult and develop innovative strategies using new media, photography, and film for nonprofits and institutions. My most recent clients have been AHF, AltaMed, The East LA Women’s Center, Bienvenidos Children’s Center and the University of Michigan.

With the additional income from these jobs, I am able to pursue photography and also pay for my personal indie projects. My most recent passion project titled Marisol, a short film about domestic violence and child abuse was qualified for the Oscars and was inducted into the Academy of Motion Picture Arts and Sciences Margaret Herrick Library. When I got the email from the ACADEMY I had to look at it a few times, then set my phone down and went back to it to make sure it was addressed to me. It was a weird feeling.

I looked at it again a few more times and asked someone in my office to read it again because I just couldn’t imagine they’d be reaching out. Then I proceeded to respond by asking if they had made a mistake. They quickly replied no Mr. Escobedo and said they would be honored to have the Marisol script as part of their permanent collection for future filmmakers who are interested in research.

My photography has been a smoother field to get into. Photography sometimes is just the photographer and its camera. It’s not like directing a film where it needs to be a cohesive team for the sake of the production. You have that in photography, but often times it’s just you and your camera. I shoot mostly digital, but I truly enjoy shooting film. The 4×5 format is by far my favorite because it’s the hardest for me. I do shoot 35mm and 120 formats, and I find that I am much better at the 120 format then the other film formats.

My work is influenced by the communities I work with and by my travels. My latest project is Trash and Tears, a series of photographs with actors, artists, and friends that aims explore the issues of consumption, homelessness, mental health, substance use and human carelessness for the environment. The approach to my subjects and photos is very much the same as the films I direct with characters, storylines and elements of surprise.
You can see my photographs at the Infinite Light exhibit at Self Help Graphics from December 15, 2018, through January 26, 2019.

If you had to go back in time and start over, would you have done anything differently?
I wouldn’t change anything in my life. We all have a path to take, and if we don’t know what it is, it’s ok. It’s already in your DNA, and it’s just a matter of time before coming across it. Some people are lucky that they know right away. Others know but can’t put a name to it. So be patient and explore until you find what you are meant to do. 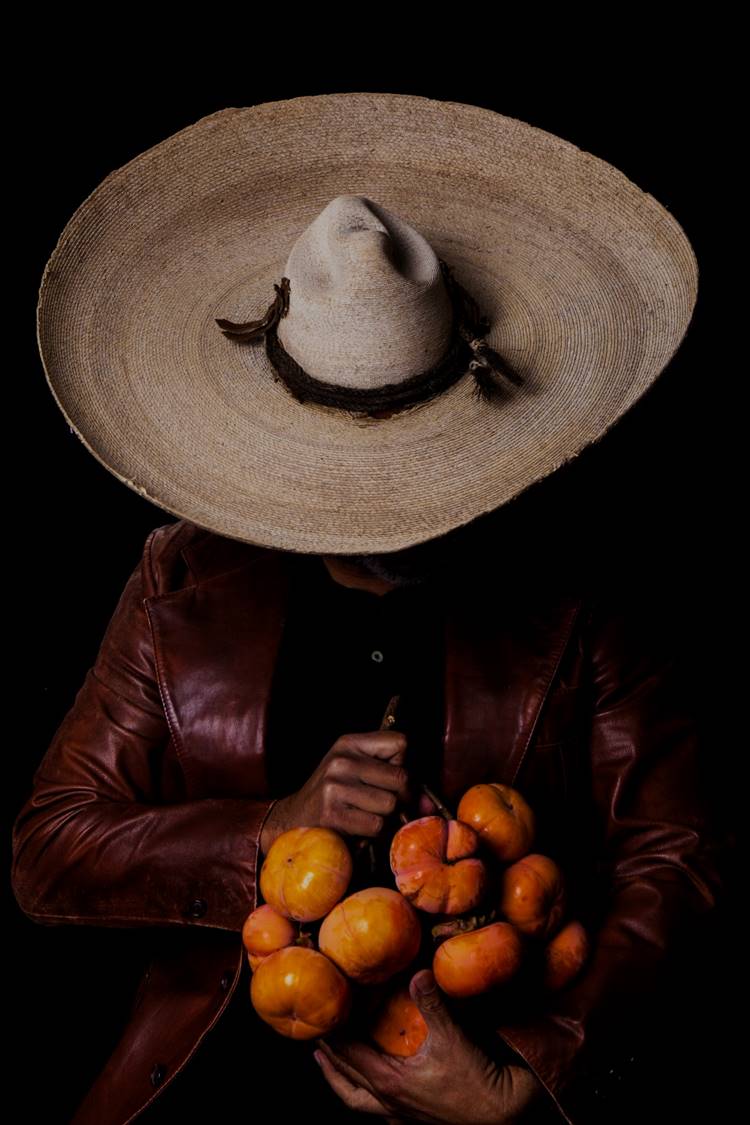 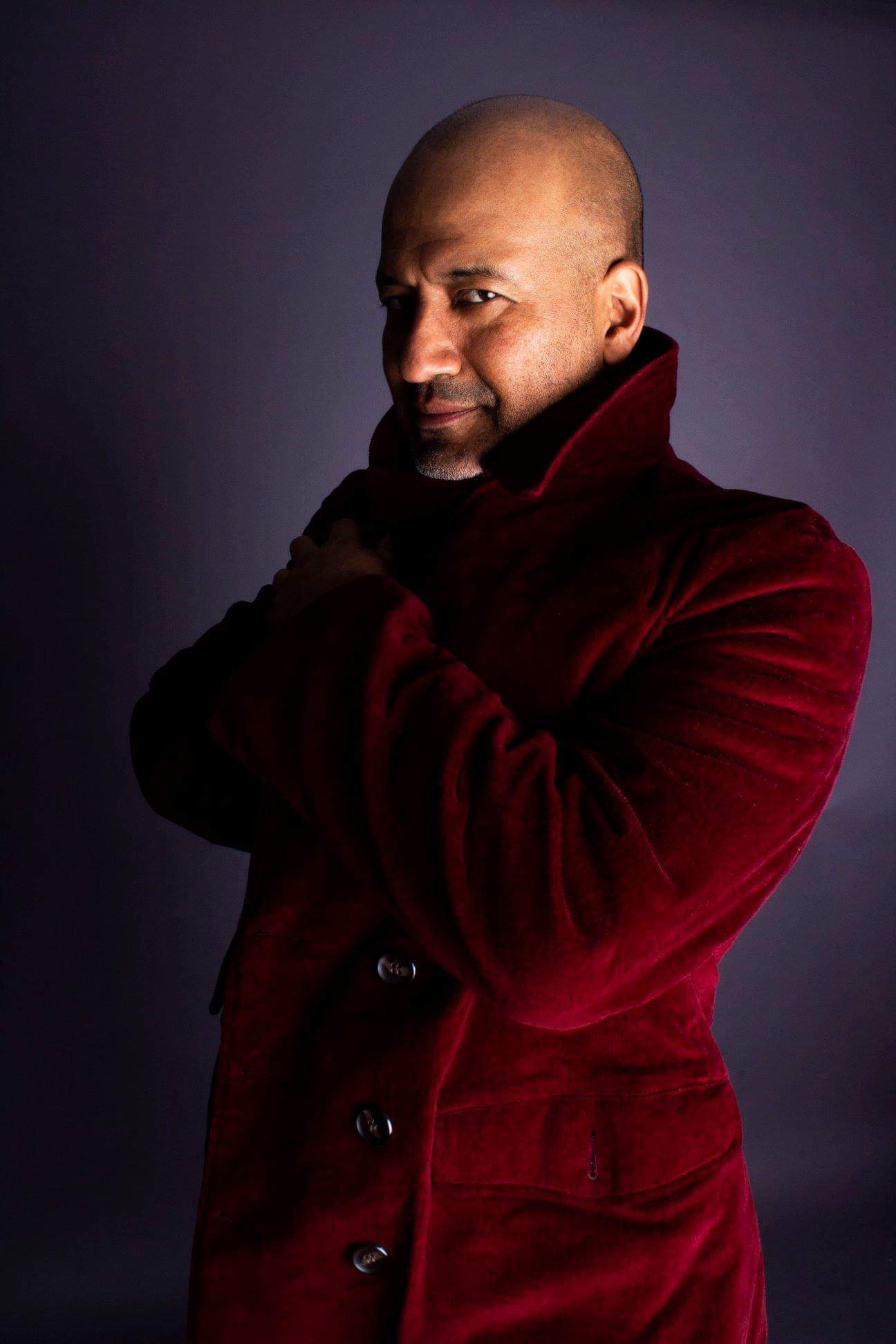 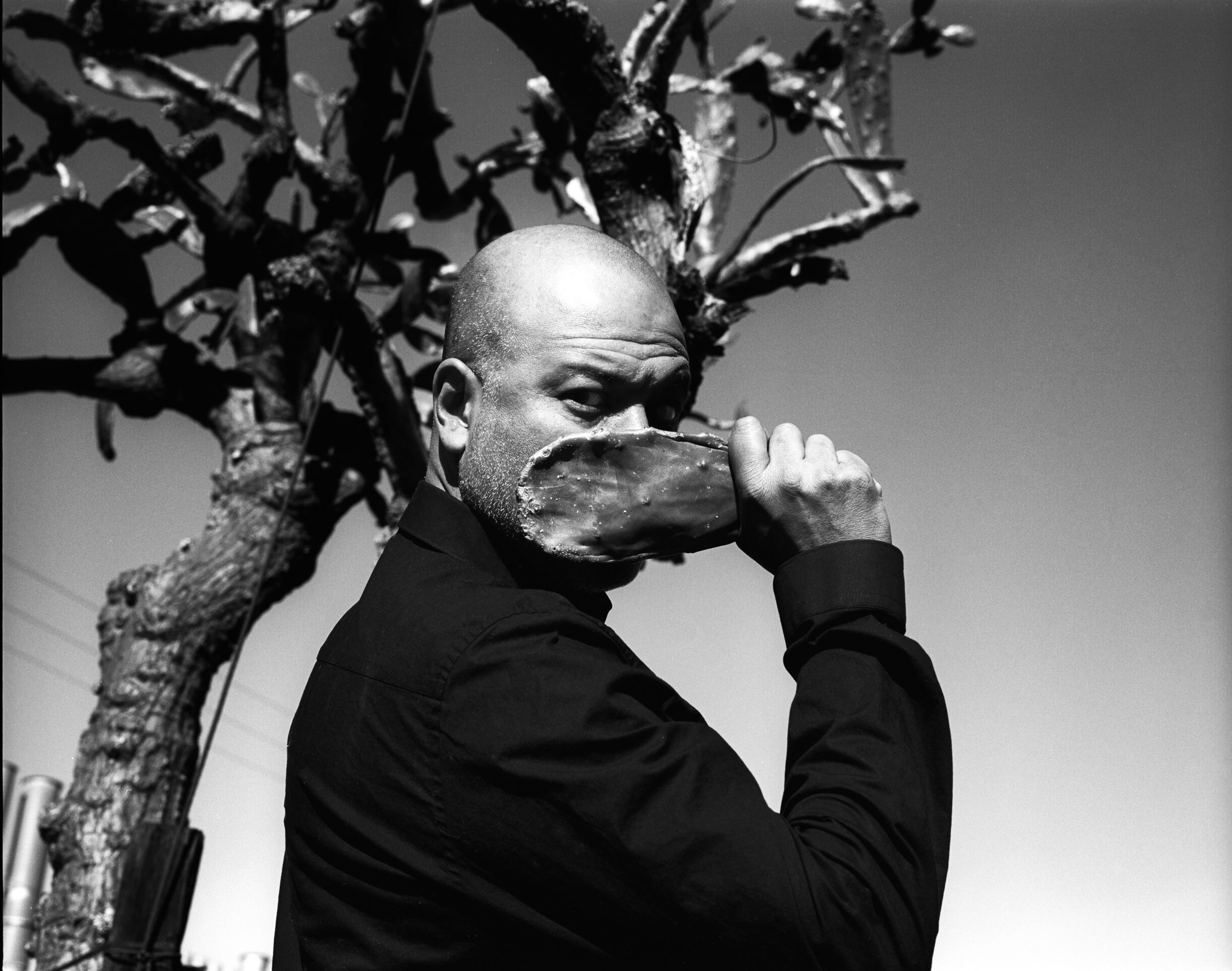 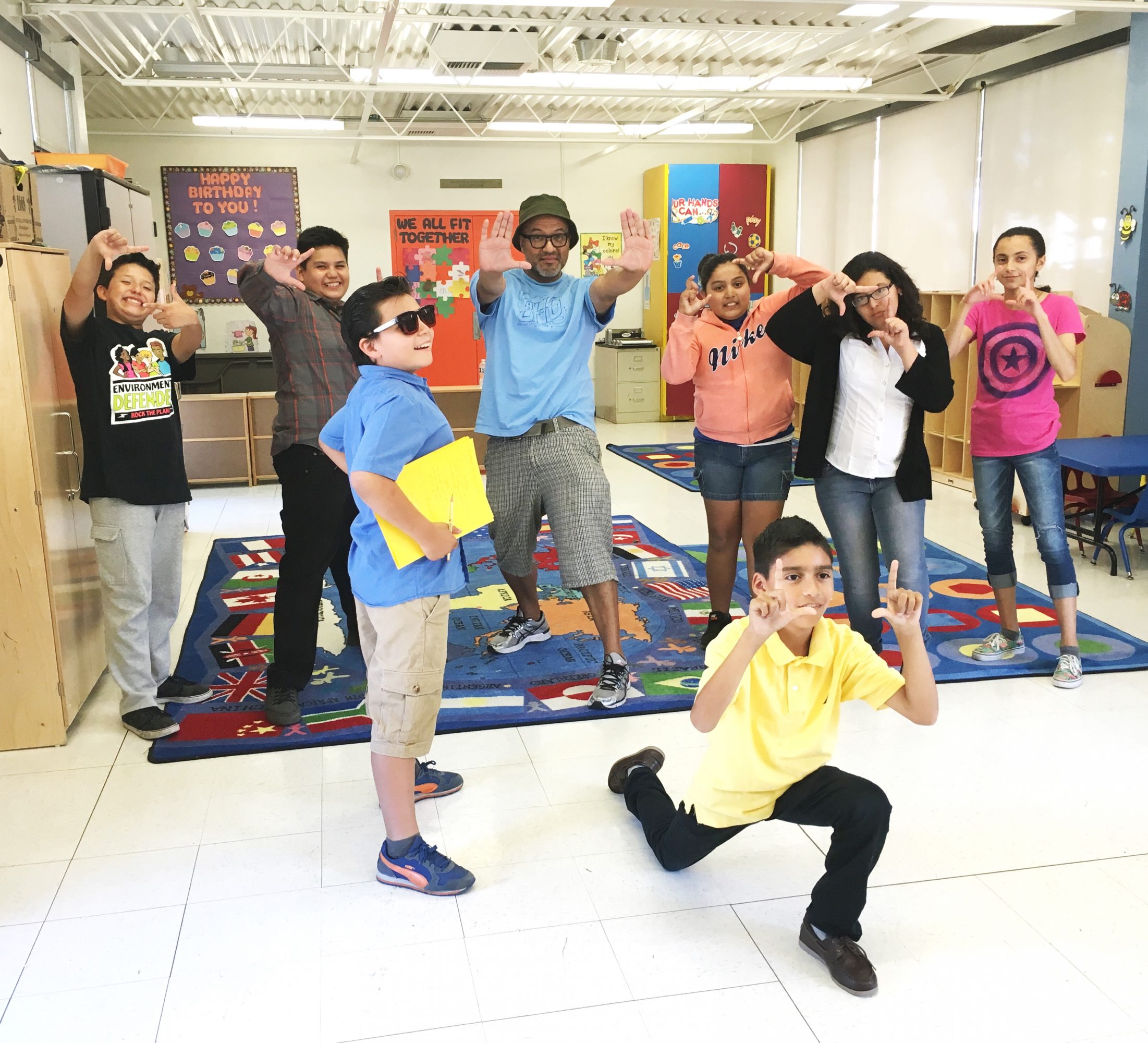 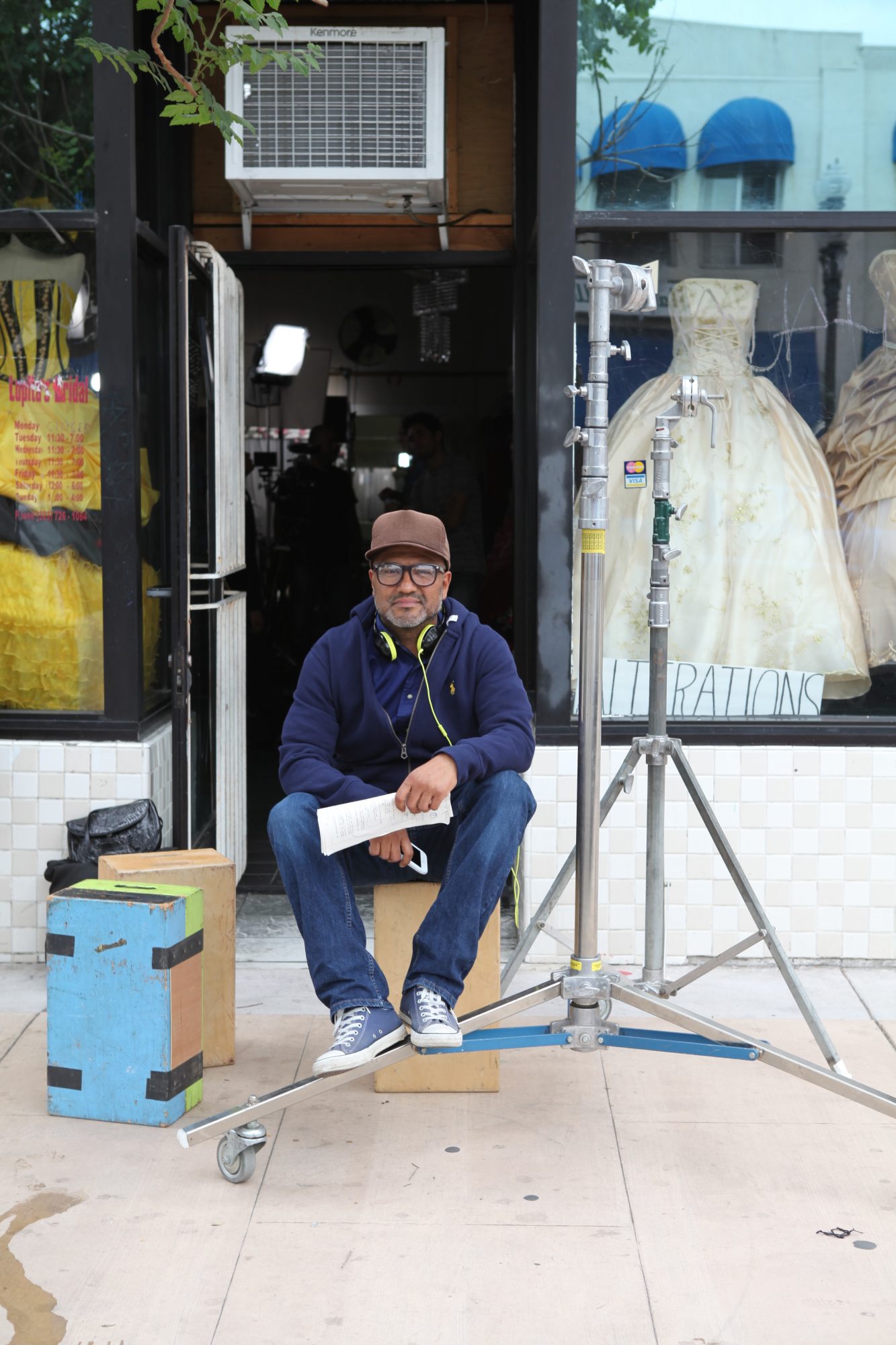 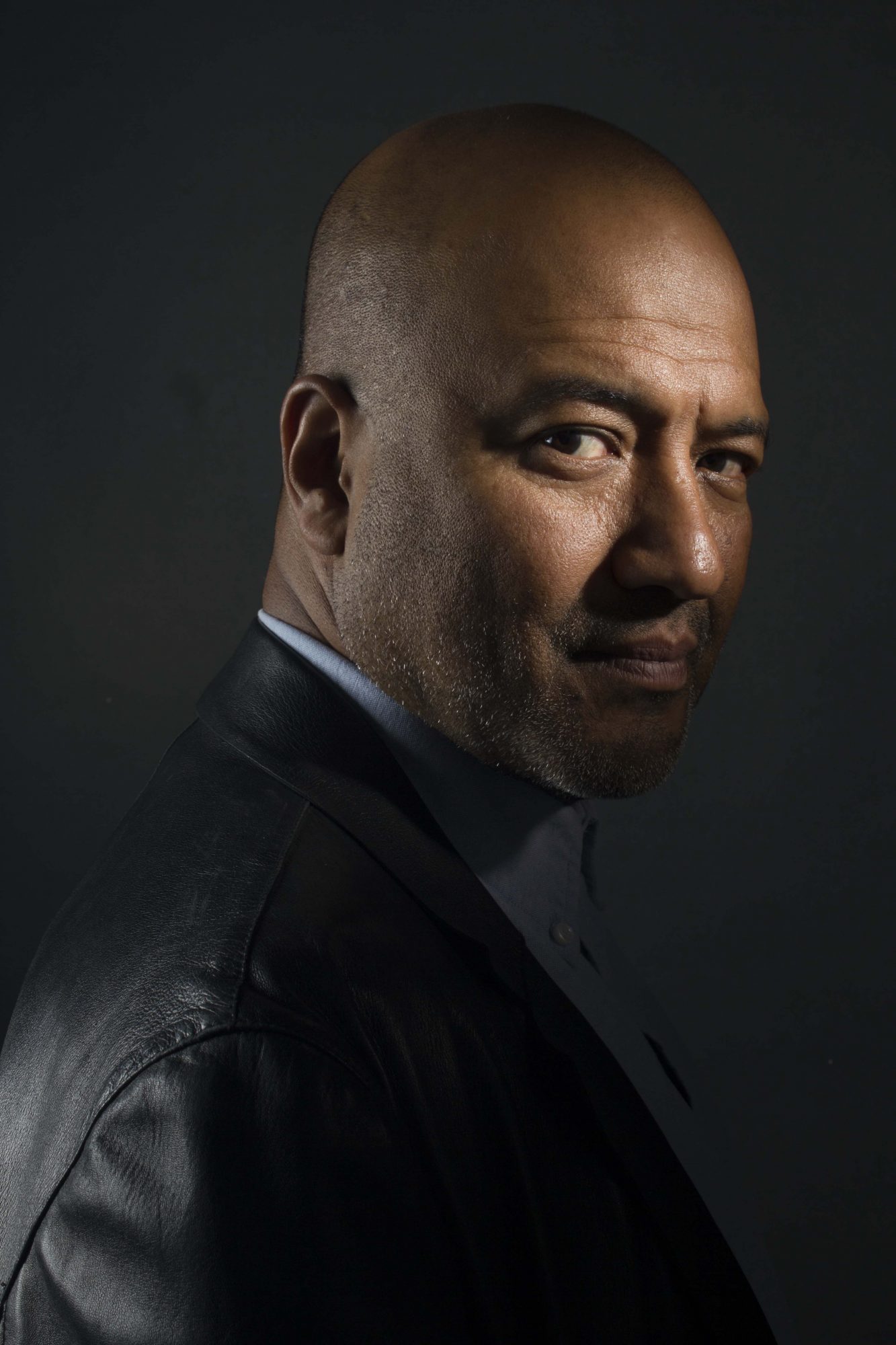 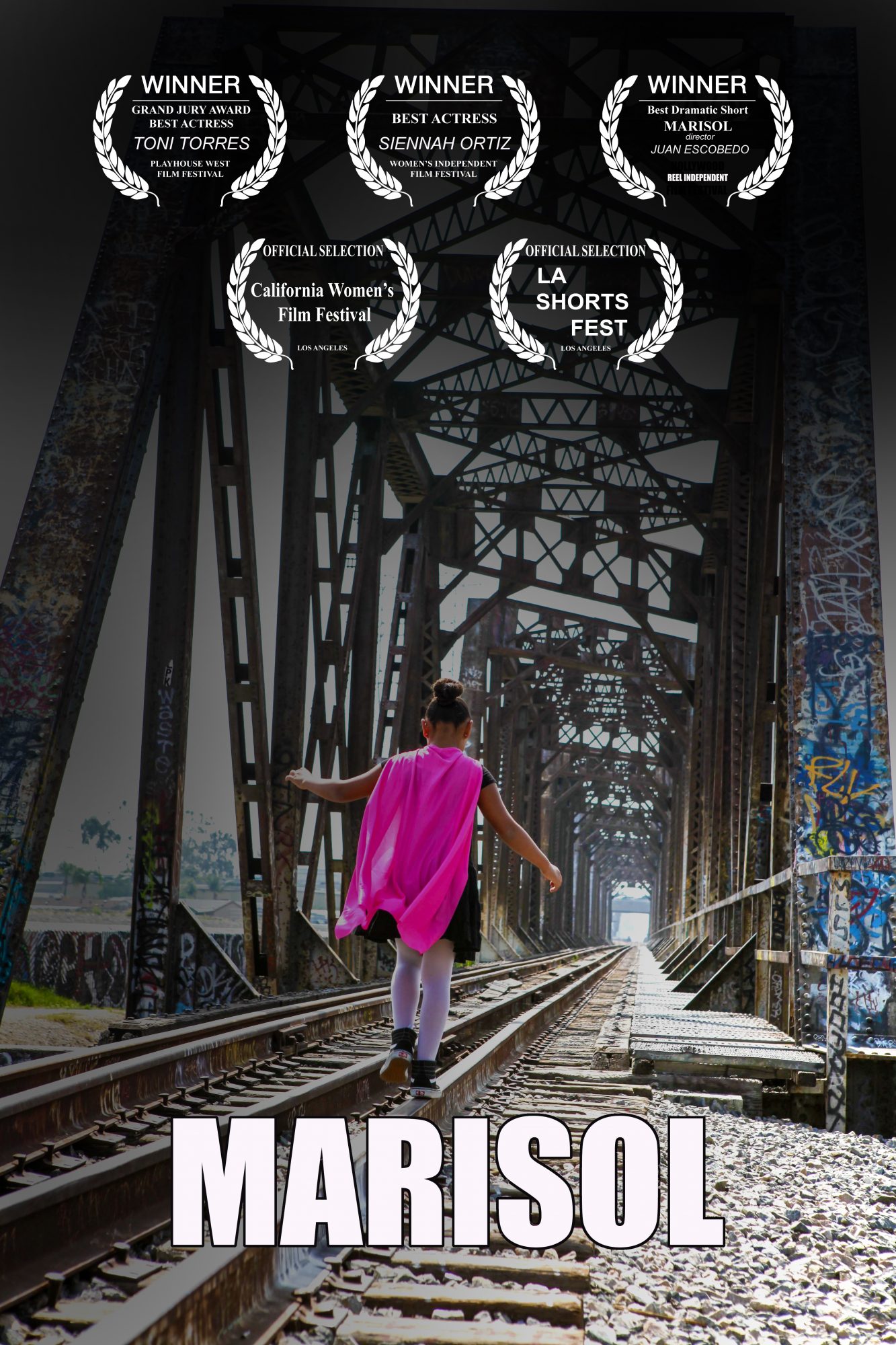