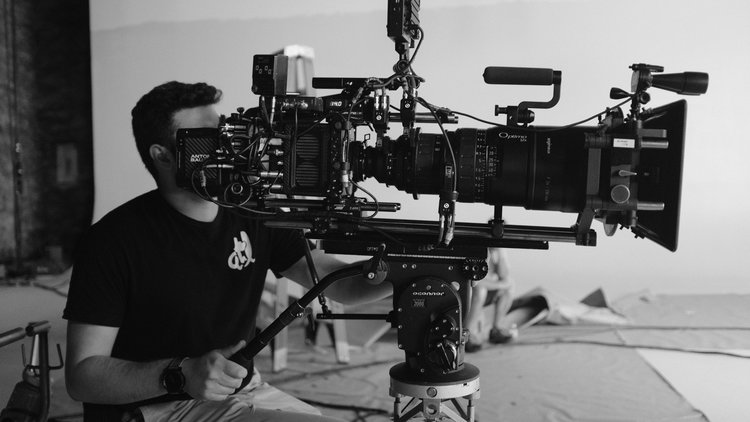 Today we’d like to introduce you to Josh Saideman.

Josh, please share your story with us. How did you get to where you are today?
I’m originally from England and moved to New York two weeks after 9/11. All of our friends in the UK thought we were crazy to still be moving to New York at that time, but my parents saw an opportunity for our family. I was raised just outside of NYC; a couple exits north of the Bronx in Westchester county. As with any big city, it was a massive melting pot of cultures. I was pretty immersed in the skateboarding scene. My entire group of friends skated and were all creative in some capacity. As long as I can remember, I had been drawing and painting, but skateboarding specifically led me to my interest in filming and editing. Every skate crew needs a ‘filmer,’ so I took on that role through high school.

From there, I started experimenting in shooting other forms of content outside of skate videos and decided to apply to film school. In 2010, I attended Ringling College of Art and Design in Sarasota, FL. Ringling is one of the top schools in the world for Computer Animation, but the film program was only five years old at that point. I loved it because it was a perfect mix of in class lessons about storytelling, film language, film history, etc. and hands on experience working on set. They had a soundstage, 5-ton grip truck and multiple camera/lens packages. I learned a ton in school but unfortunately couldn’t go back after two years because of financial issues.

Around the same time, the film industry was picking up in Atlanta, GA. Since I couldn’t go back to school, I decided to move to Atlanta in hopes of working in the film industry. I didn’t have any money and I sold my car in order to move. I started out by working in the local Kroger making minimum wage ($7.30/hour) while sending over 40 emails a night in hopes of getting on set. I didn’t have a phone or a car, but I was hopeful and determined to “break in” to an industry where there’s no clear-cut way in. Although times were tough, I figured as long as I could make more than what I made at Kroger in a week on set, then it was worth quitting and going freelance full time. After about nine months of networking and working on small craigslist jobs after my supermarket shifts, I was at a point where I could start my career as a freelancer.

The first couple of years were spent doing a bit of everything (directing, shooting, editing, gaffing and gripping.) I had met a couple of union grips working on a low budget indie horror film and they helped me get into the union – IATSE Local 479 as a grip/rigging grip. This is where I learned a ton. I was lucky to work as a 1st Unit Grip on ‘The Divergent Series: Insurgent’ and a few other shows where I was witnessing some of the biggest lighting setups possible. I knew I eventually wanted to be a Cinematographer, but I just kept my head down and learned a ton by paying attention to what was happening around me. Around 2015, I decided to stop taking work in any position other than Cinematography. It was a slow transition, but I knew it was necessary to solely focus on doing the job of a DOP and sharpen my skills by making mistakes.

Has it been a smooth road?
Those first few years in Atlanta were definitely a challenge but I felt like it was something I was prepared for. Immigrating to NY, my family definitely went through our fair share of financial struggles. My parents both worked very hard but moving to a new country isn’t easy. Throughout my childhood/teenage years, we experienced eviction, living without electricity for an entire year and much more. I remember those times being scary but the memory that has lasted longer for me was how hopeful and positive my parents always were. There was always an opportunity right over the horizon that was going to save us. I’ve kept that mindset throughout my entire life and I definitely have my parents to thank for that (as well as many other things they’ve taught me.)

Moving to Atlanta without any money, a car or phone was definitely a struggle, but I saw it more as an obstacle that I’d overcome. I knew I had to make this work because I didn’t have any other options – no college degree and no family money to fall back on if it didn’t work out. One of my first friends in Atlanta was a guy who was also trying to break into the industry around the same time. We would recommend each other for jobs, and he was extremely nice by offering me a ride. Although I didn’t have much at the time, I was hopeful and excited because I was in a new place and was chasing something that was so important to me.

My responsibility is to support the director by setting the visual language and mood for the film through the use of lighting, lensing, filtration, camera movement and color theory. I love it because it’s a perfect mix of art and science. You have to understand the technical aspects in order to best tell the story from an artistic standpoint. It’s also not so much about making something ‘look good’ but more so about creating a feeling.

Although I’m lucky enough to work on all types of projects, my passion is definitely with narrative storytelling. No matter what content we’re shooting, I try to approach it with that in mind. Whose perspective is this scene from? Is it a subjective or objective scene? Who’s got the power and at what point does it shift? Where’s the light motivated from and what does it’s quality and color tone say about our characters emotion? Obviously, some of this is inapplicable to specific projects such as music video performance scenes but I feel like it’s important to keep in mind no matter what. I try my best to only accept projects that excite me, whether it’s a story that resonates or just a theme. It won’t do me or the production any favors if my heart isn’t 100% in it.

A couple of projects that I’m proud of are: J. Cole and Dreamville’s ‘Down Bad’ music video which was included in Vibe Magazine’s ‘Top 25 Music Videos of 2019’ at #8 and nominated for ‘Best Rap Performance’ at the 2020 Grammy Awards. Also, that year, a short film that I shot, ‘Give Us Free,’ won Best Drama Short and the Audience Choice Award at Atlanta Shortsfest and played as an Official Selection at Hollyshorts Film Festival at the TCL Chinese Theatre as well as many other festivals across the U.S. That project was really special because of its message. It was funded and EP’d by NFL star Julius Peppers and it takes an omniscient look at the theme of race perception in today’s America, challenging the audience to think instead of telling them what to think. Very pertinent to what’s going on today.

How do you think the industry will change over the next decade?
I definitely see more of a shift into virtual production. It’s technology that’s been around for years in the gaming industry but is only now shifting into film and TV production. By using LED walls with pre-shot plates as your background, it allows you to shoot at your desired time of day for 12 hours straight, have realistic ambient reflections on surfaces, company move within minutes and most importantly give the actors something to look at instead of just green or blue screen. They used this technology on ‘The Mandalorian’ and it’s very impressive. I think once the tech is more accessible at all budget levels, producers will see the money saving benefits and there’ll be a major shift.

Is our city a good place to do what you do?
I’m still pretty new to LA but I love it so far. Although projects are shooting all over the world now, LA is still the hub for development. So many projects emerge here whether they end up shooting in another city for the tax incentives or other reasons. Tons of people are attached to the entertainment business in LA and it’s a great place to connect with others in our field. I started out in Atlanta and moved here after having a portfolio as well as some connections, but I know tons of very talented creatives, craftsman and technicians that got their start here.

Outside of work, it’s a beautiful place to be. Just like where I grew up – New York and London, it’s a cultural melting pot plus you can’t beat the weather! I have a long way to go but I’m excited for my new chapter in LA and hopefully, it’s a stepping-stone toward my personal progression and fulfilling projects. 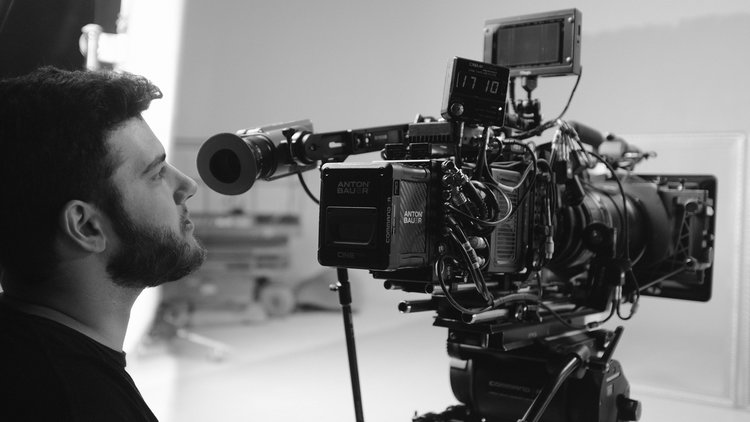 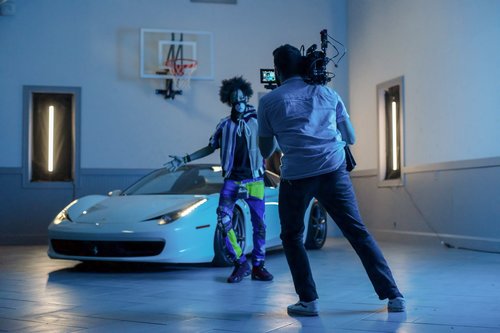 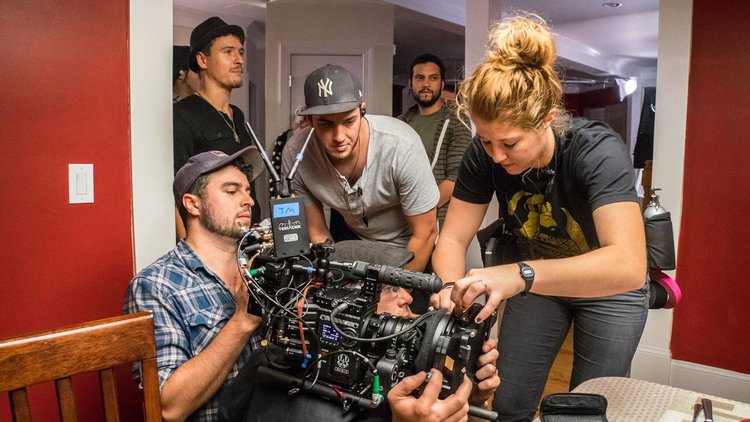 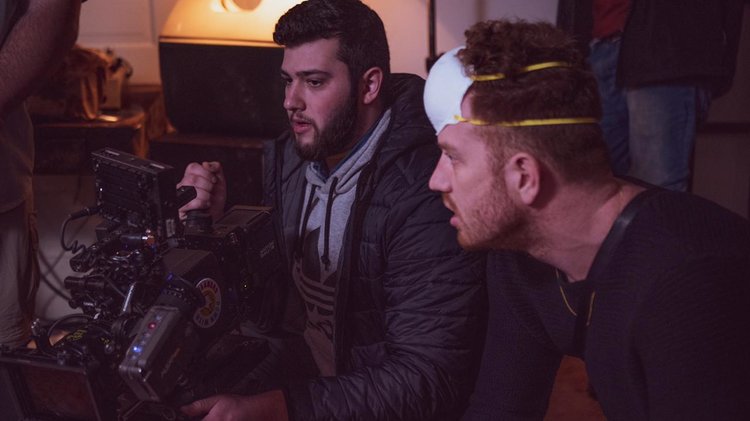 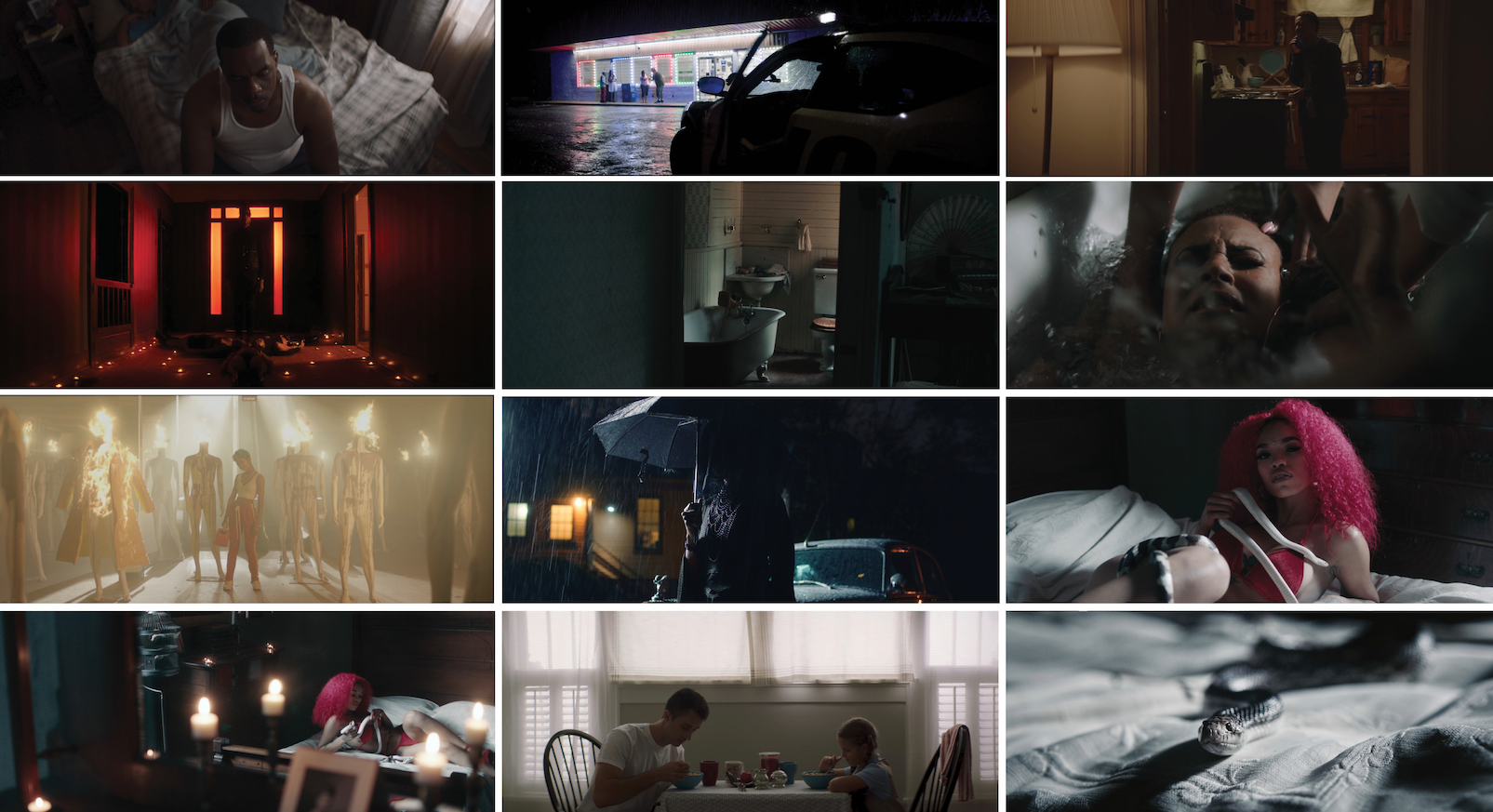 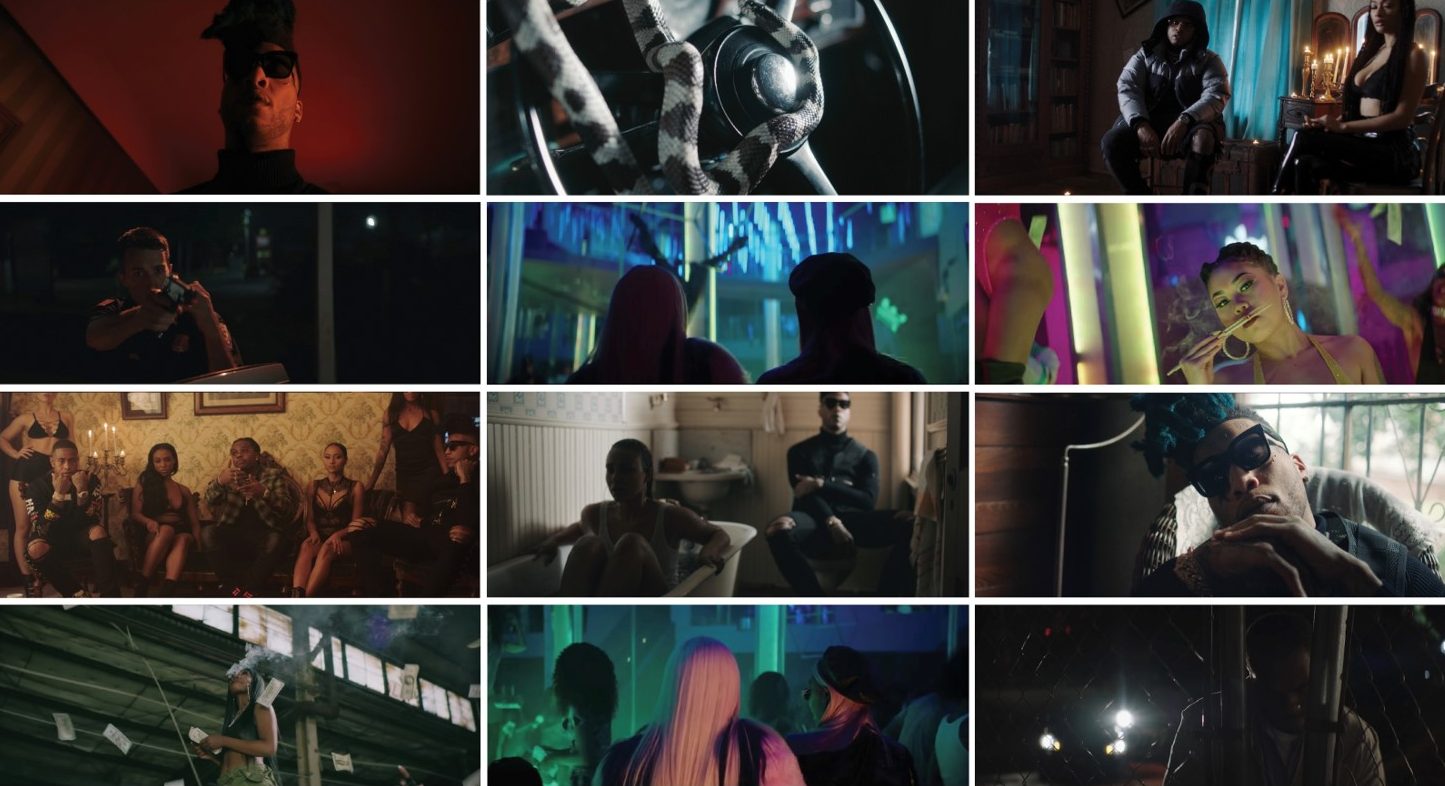 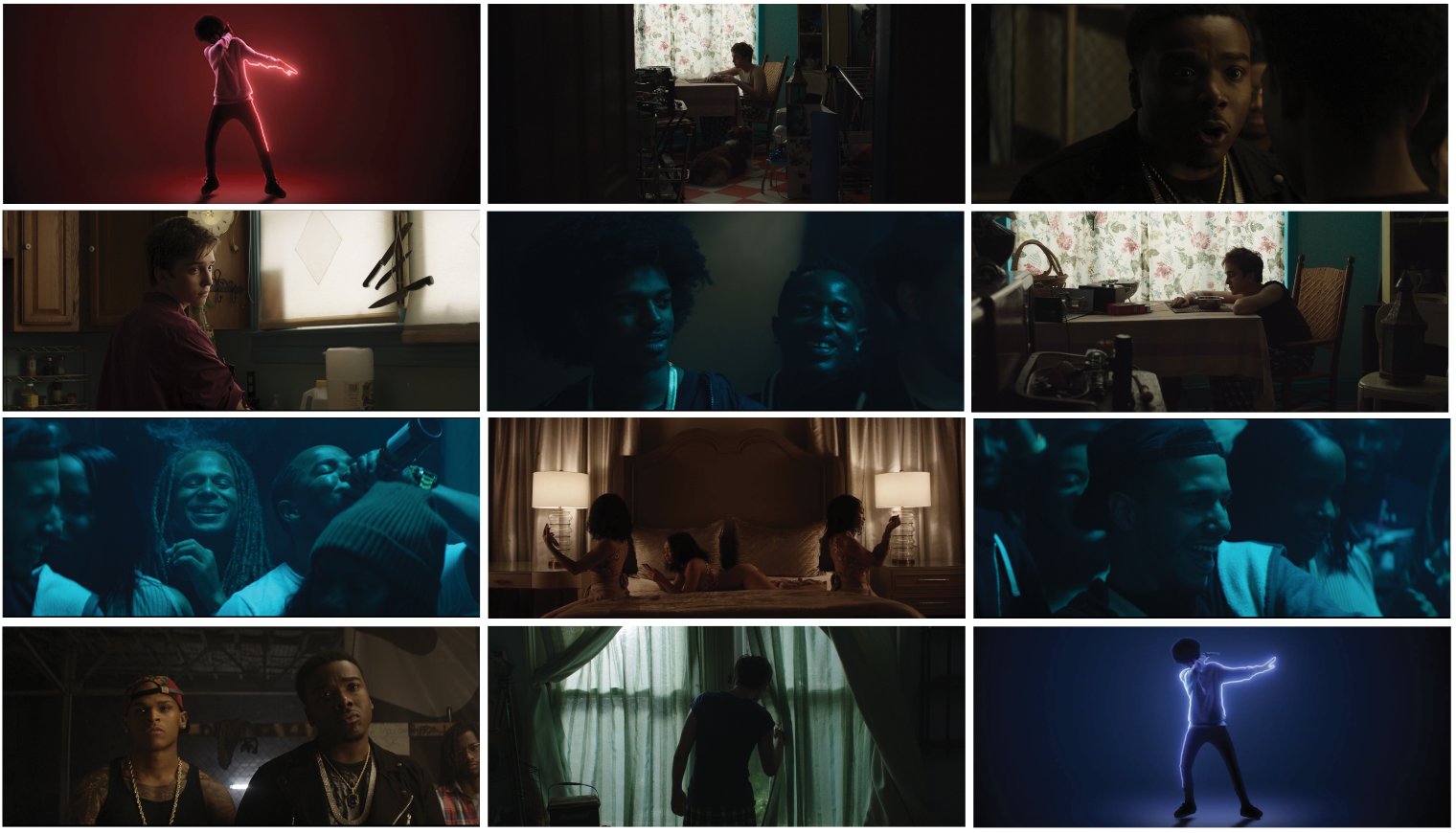 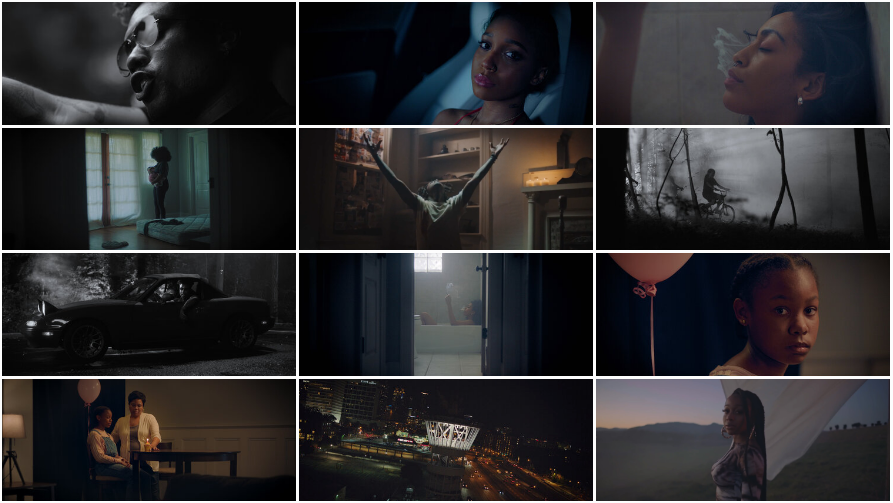