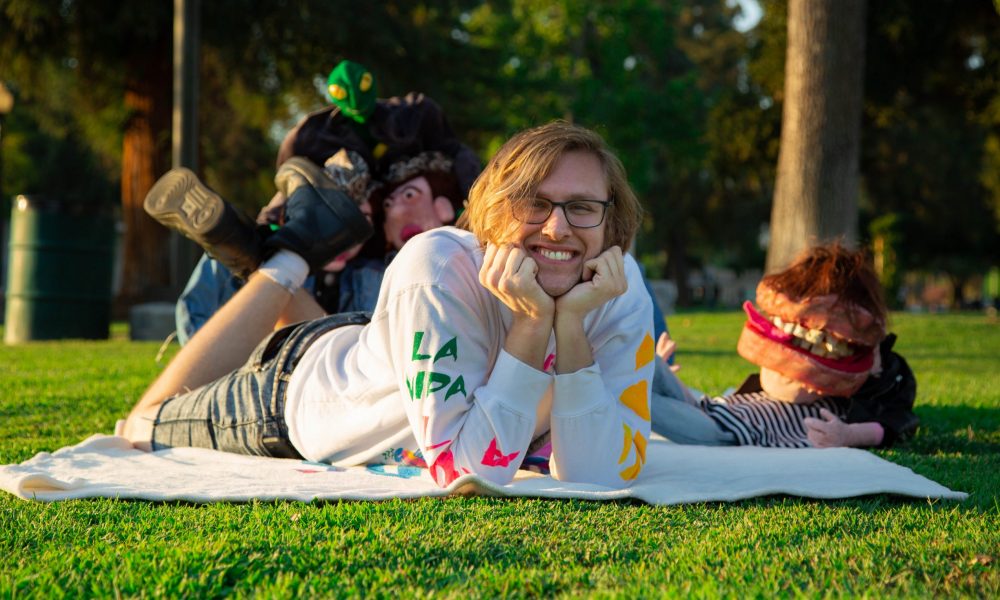 Today we’d like to introduce you to Joe Sams.

Joe, can you briefly walk us through your story – how you started and how you got to where you are today.
Uncle Dad Productions isn’t just a brand, it’s a lifestyle. It’s a religious cult, an outlet for wrecking civilization. Founded in 2009, Uncle Dad Productions’ distinct visual crud has infiltrated major cities all over the world, including Tokyo, Sydney, London, Berlin, and now Los Angeles.

We’re always bombarded by how great it is to pursue your passion, etc – but we’ve spoken with enough people to know that it’s not always easy. Overall, would you say things have been easy for you?
Anything that would be considered to be a struggle for Uncle Dad Productions is more of a blessing because it’s for the greater good of the UDP universe. I’m a master of creative problem solving, and the dynamic that UDP embodies is one in which anything is possible.

For example, while making the UDP short film Summertime Memories, an actor dropped out moments before the shoot. I stepped in and took her place, putting on her dress and playing the part. Because the setting was supposed to be in the dream world, the last-minute change complemented the entire style of the film. To this day, it’s my favorite Hitchcock type of cameo in any of my projects.

With me being the founder and primary creative source of Uncle Dad Productions, there’s no way I could have possibly accomplished such a vast body of work without a tight-knit group of highly skilled collaborators who’ve helped me bring these projects to life: Michael Pawluk, Juvenal Cisneros, Ben Dennis, Thomas McGovern, Tyler Hafer, and Russell Coker to name a few. They’ve been a priceless resource in terms of both creative work and applying their skills behind the camera–gaffing, editing, puppeteering, audio, and too many other skills to mention.

We’d love to hear more about your business.
Uncle Dad Productions started out being primarily focused on animation and filmmaking. Different media included claymation, 2D animation, puppetry, and mixed media animation. In the process of exploring a wide variety of different styles, UDP includes all of the above, while maintaining concise and an ever-evolving branding style. The animated short Cute Midwestern Family Moments II was featured in six different animation festivals, playing in Australia, London, Canada and even at the San Diego Comic-Con. Australia responded to it so well, it was invited to be a part of the 2015 Sydney Film Festival.

The Uncle Dad Productions music video for Part Time’s No Boys Til Midnight was given the Audience Choice Award at the 2015 Out of Focus Video Festival in Oakland. In addition to that, A crowning achievement was making a music video for the legendary Philadelphia Punk Band The Dead Milkmen, whose music has had a long-lasting influence on the style of Uncle Dad.

Uncle Dad Productions took the fashion world by storm in 2013, winning the Threadless grand prize for a Jan Svankmajer inspired tee shirt for Aqua Teen Hunger Force, which has since been available to purchase at Hot Topic among other outlets. In 2019, UDP did a three-month stint of 90 different, completely one-of-a-kind adjective tee shirts, as well as a shirt collaboration with Roadhouse Shop Press in Tokyo, Japan.

What sets Uncle Dad Productions apart from the rest is its ability to adapt to–and transcend– different media. A distinct characteristic of the UDP style is utilizing handcrafted art with a digital sensibility, allowing an ultimate freedom and flexibility for both creator and consumer.

What were you like growing up?
My favorite movie in preschool was Beetlejuice, because it both scared and thrilled me simultaneously. I had a taste for satire early on before I was old enough to spell properly, I drew a superhero named “Mr. Hippie” whose superpower was “not baithing”. In ninth grade, I began creating cartoons in the style of Mike Judge, making fun of my friends, peers, and teachers. I’d show them around to all my classmates. At ten years old, my idol was Andy Kaufman, who inspired me to trust my own vision. All of these influences have culminated into what UDP is today.

My entire immediate family is made up of creative types. My mom and dad founded Yellow Tulip Press (www.curiouschapbooks.com) back in the early 1990s, making chapbooks on people like Lizzie Borden, H.P. Lovecraft, Sarah Winchester, Houdini, and Oscar Wilde to name a few. Since I was in kindergarten, my parents would take me and my brother to the Alternative Press Expo, where they would sell their chapbooks. At the age of 12, I published my own Shel Silverstein inspired book of art and poetry called My Dog is a Monster! My brother, who’s one of my biggest influences, made an iconic comic book called Plunger Head. We both made and sold our own art at a very young age. 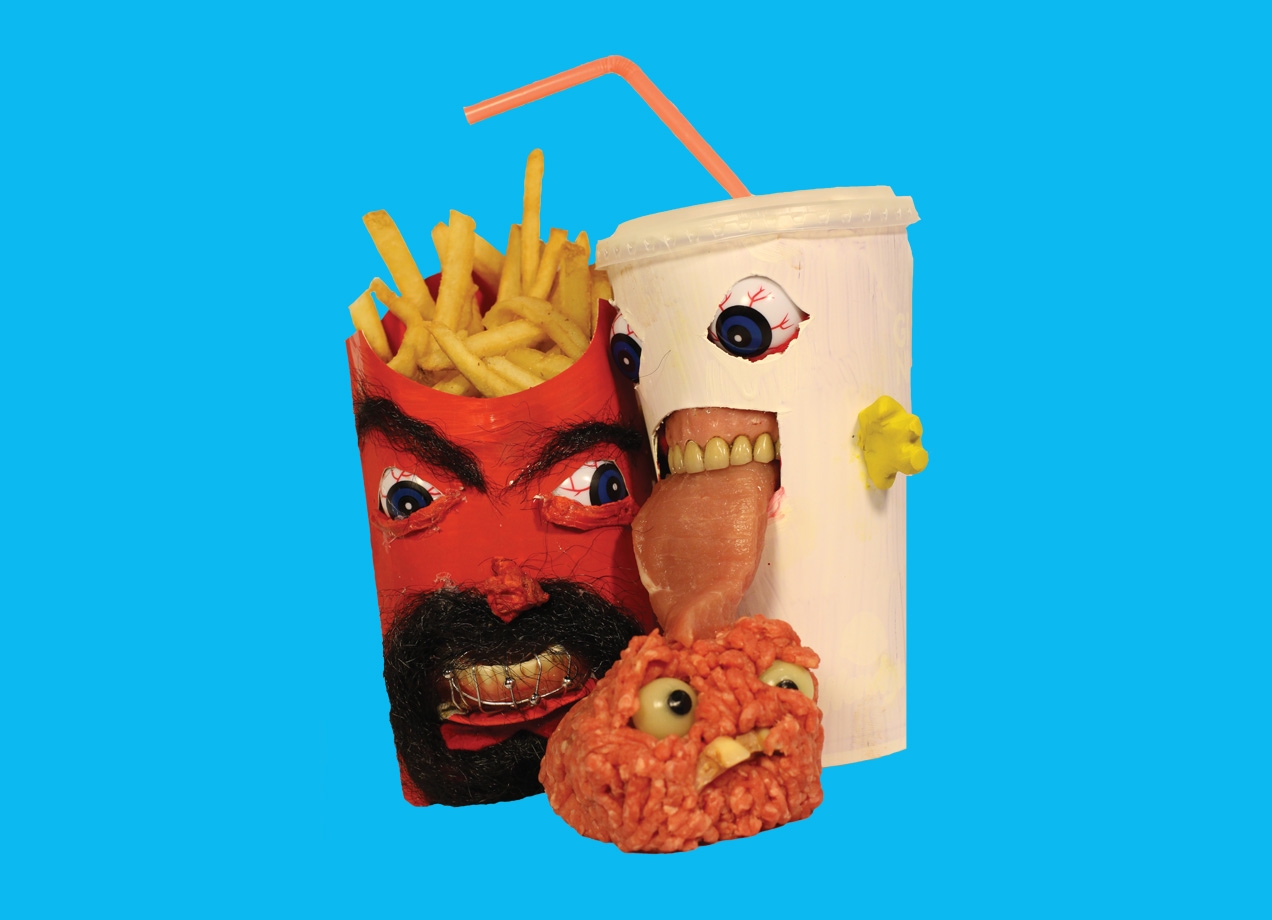 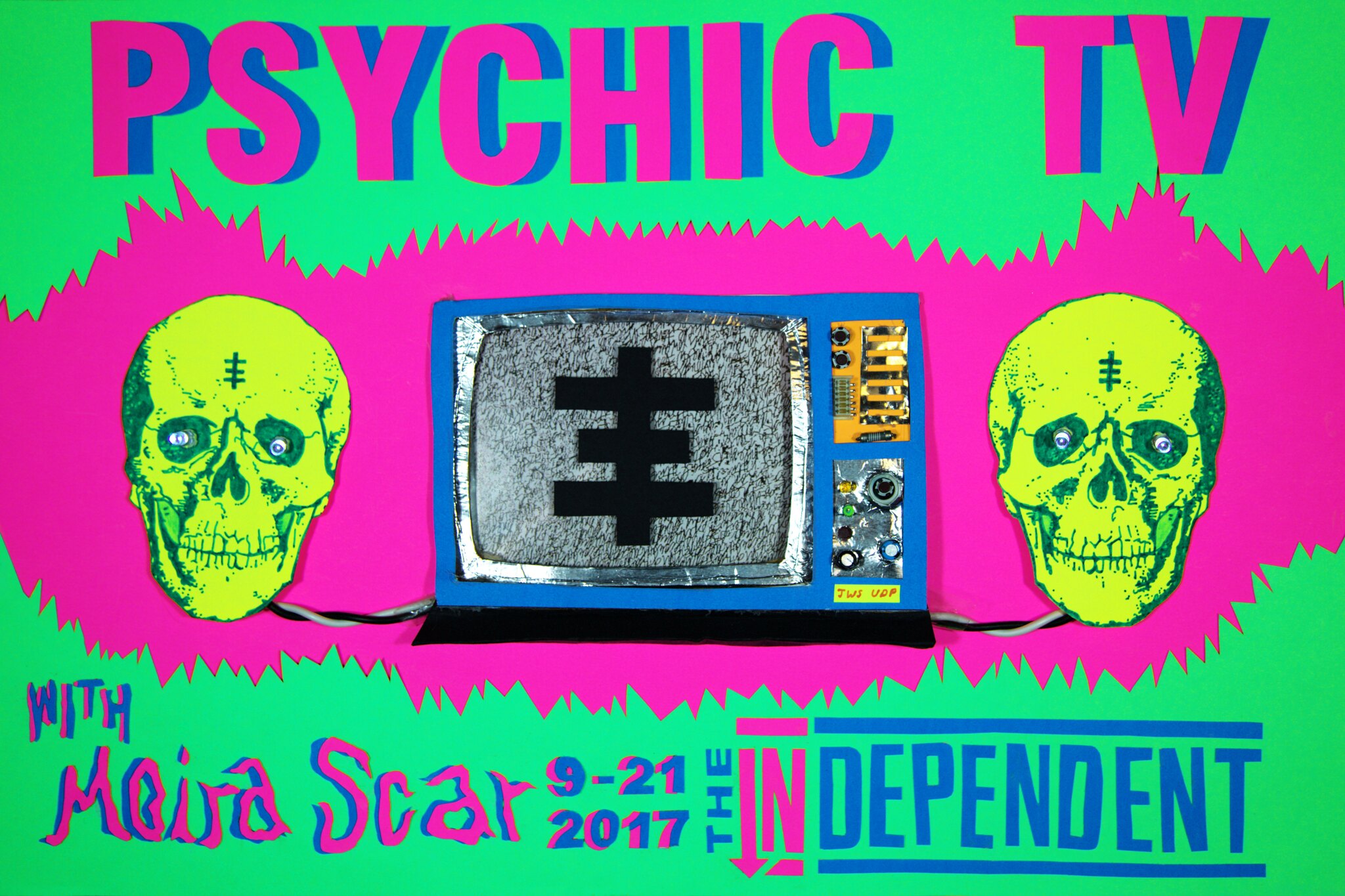 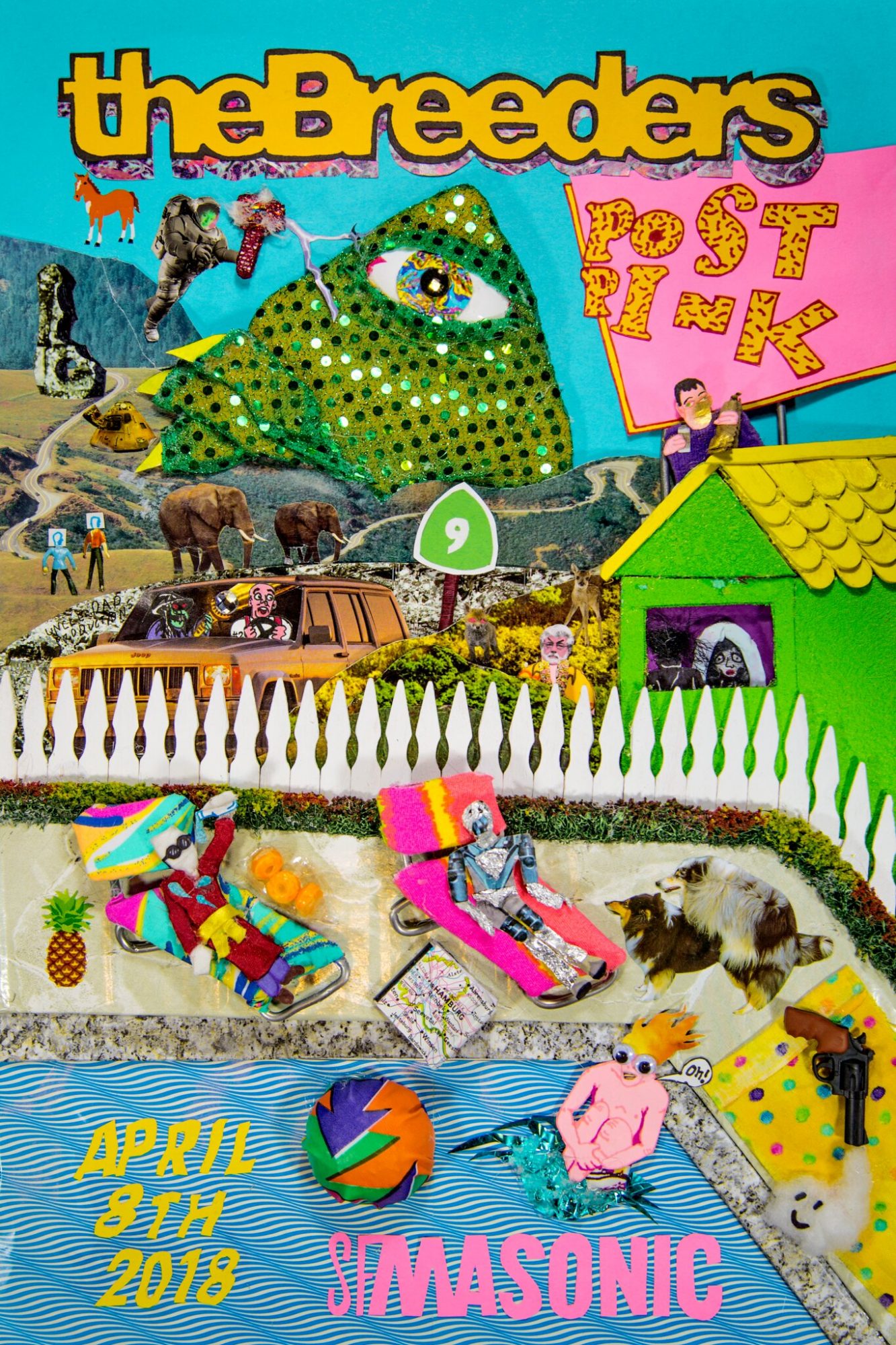 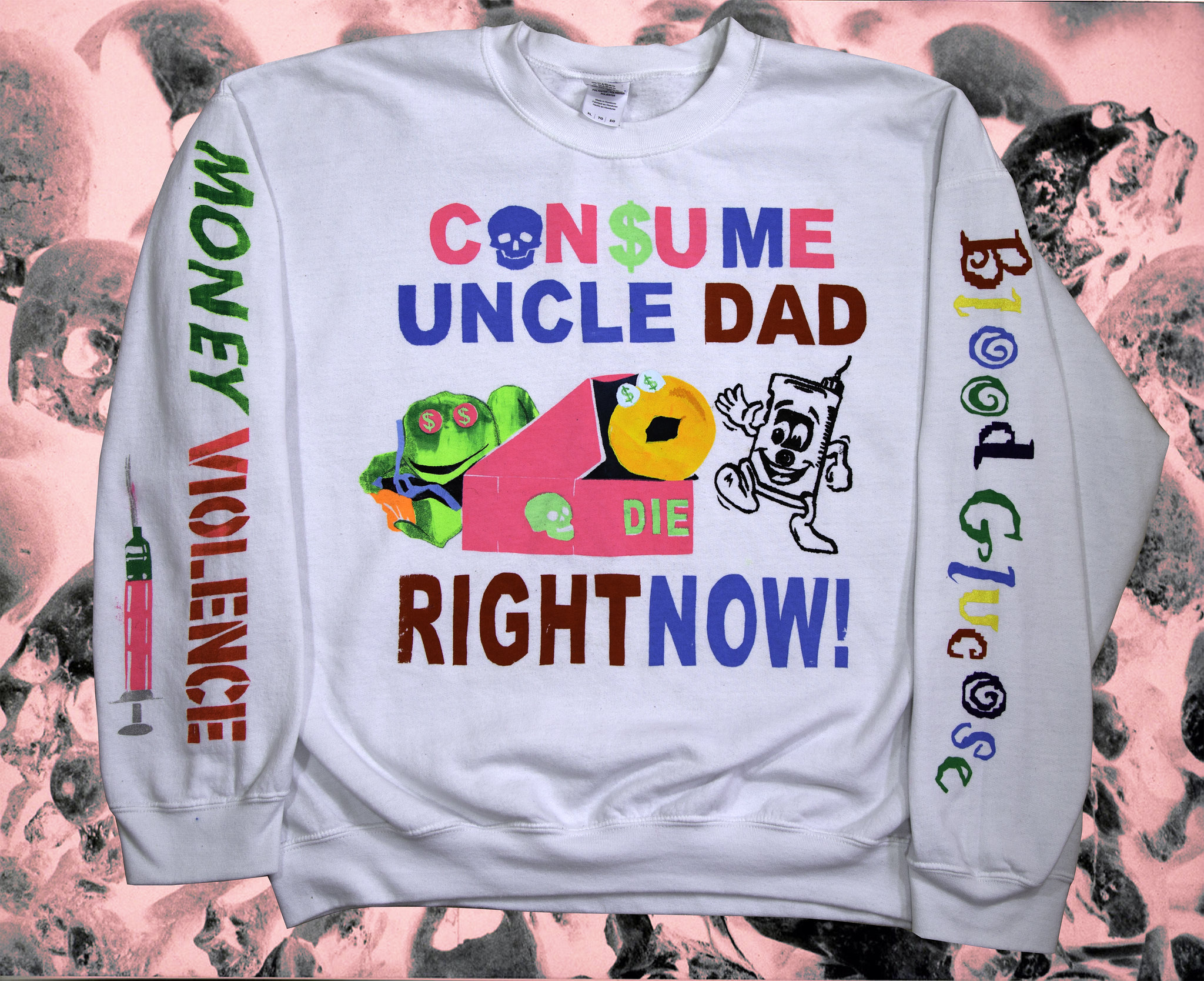 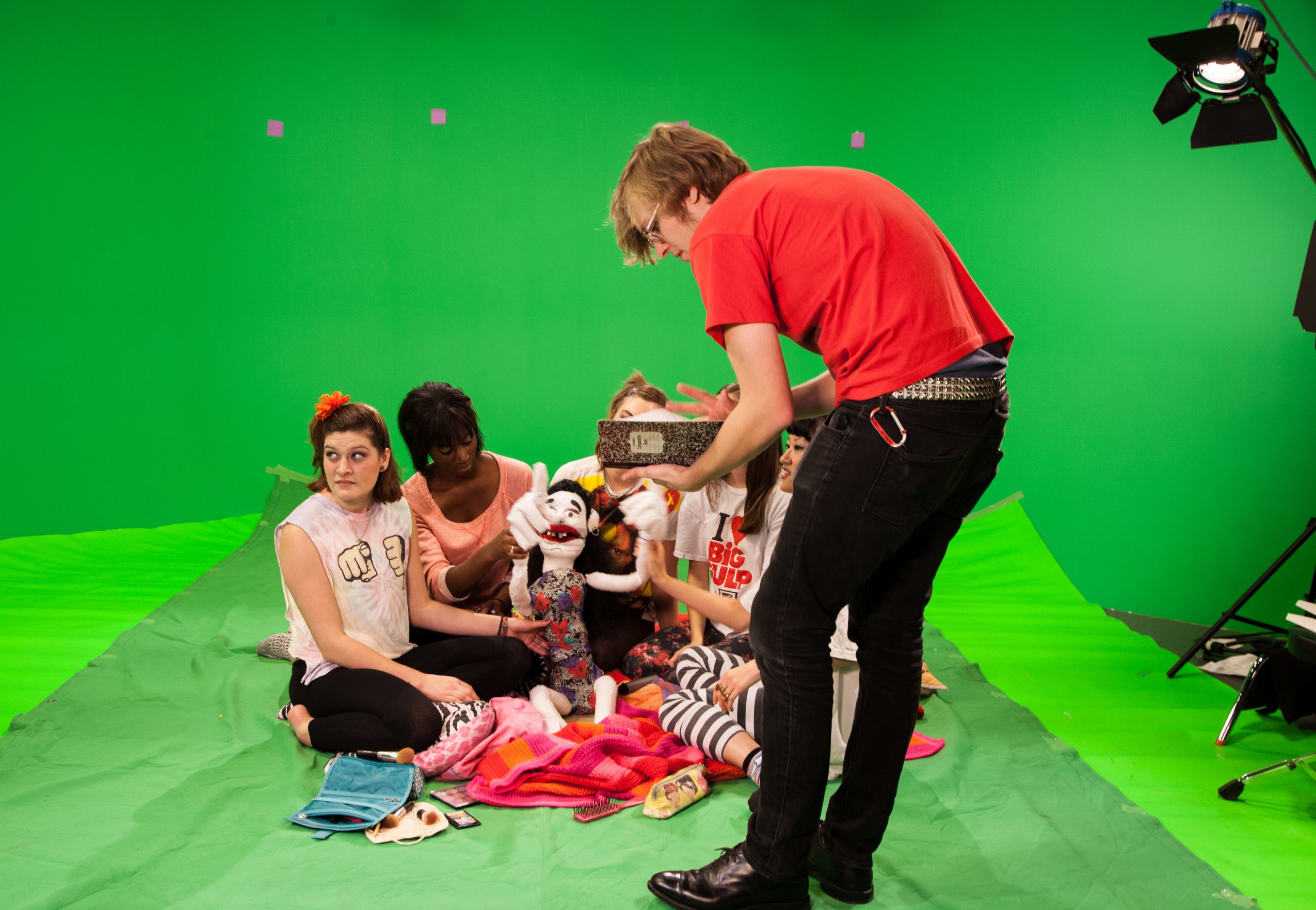 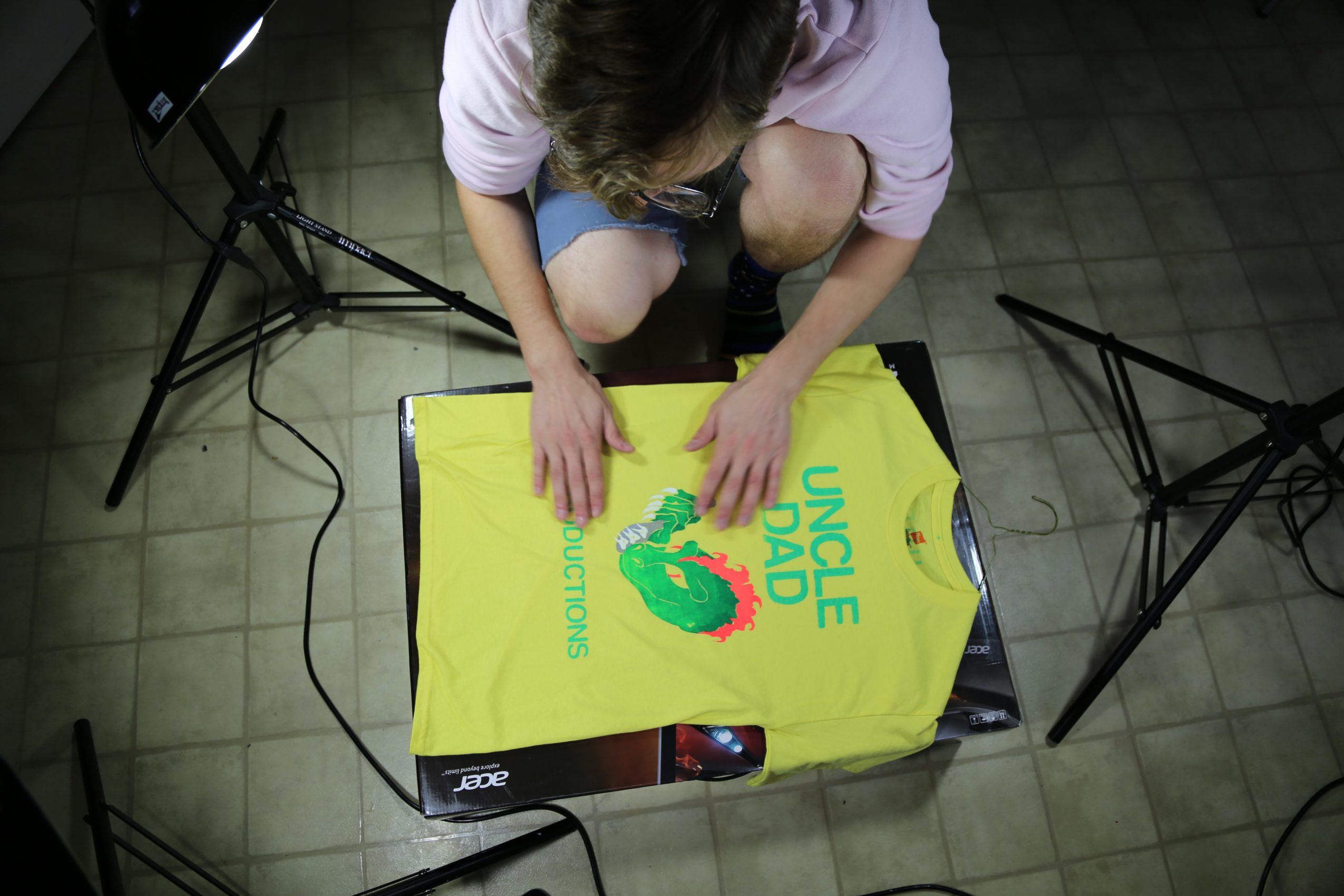 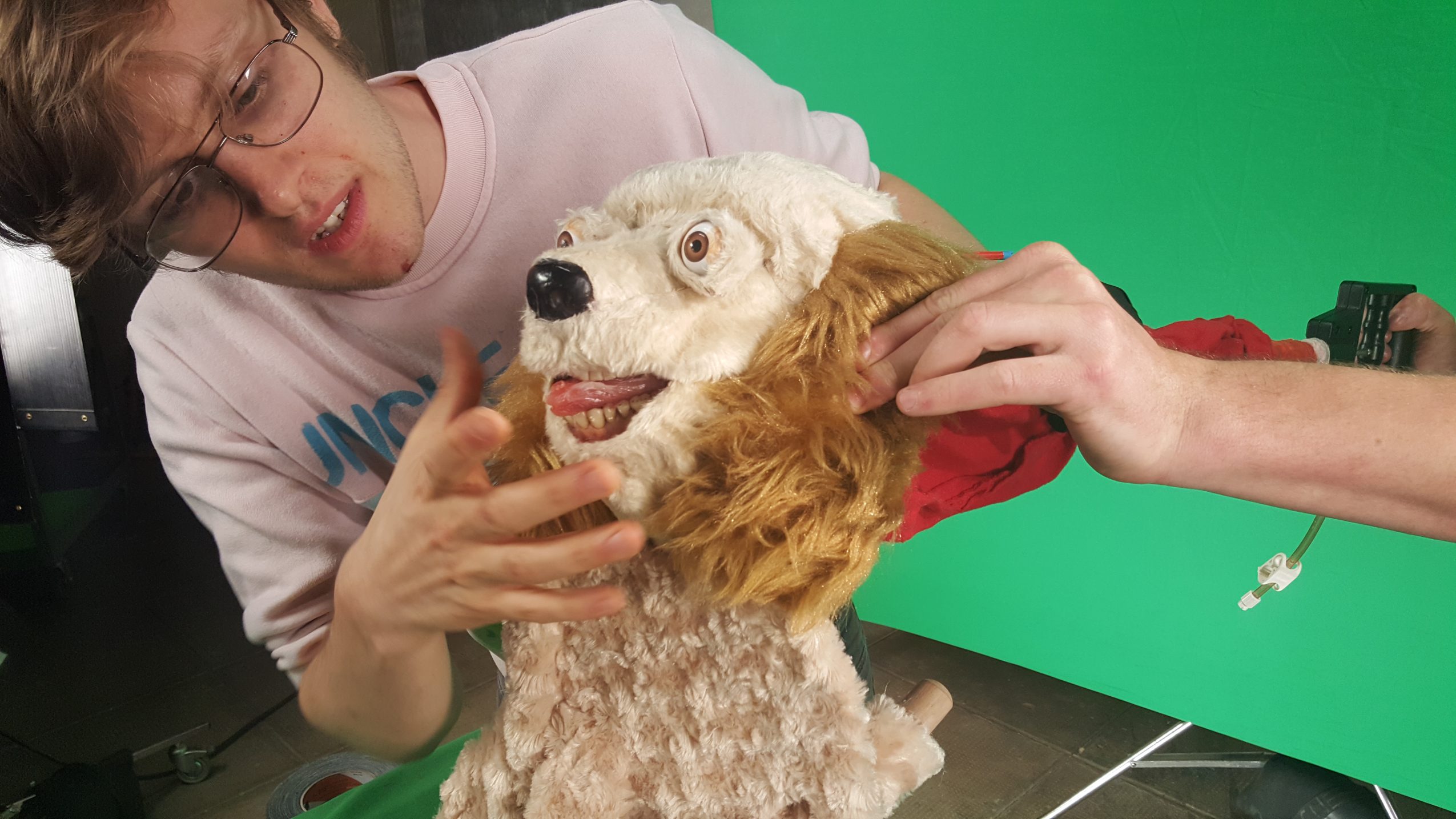 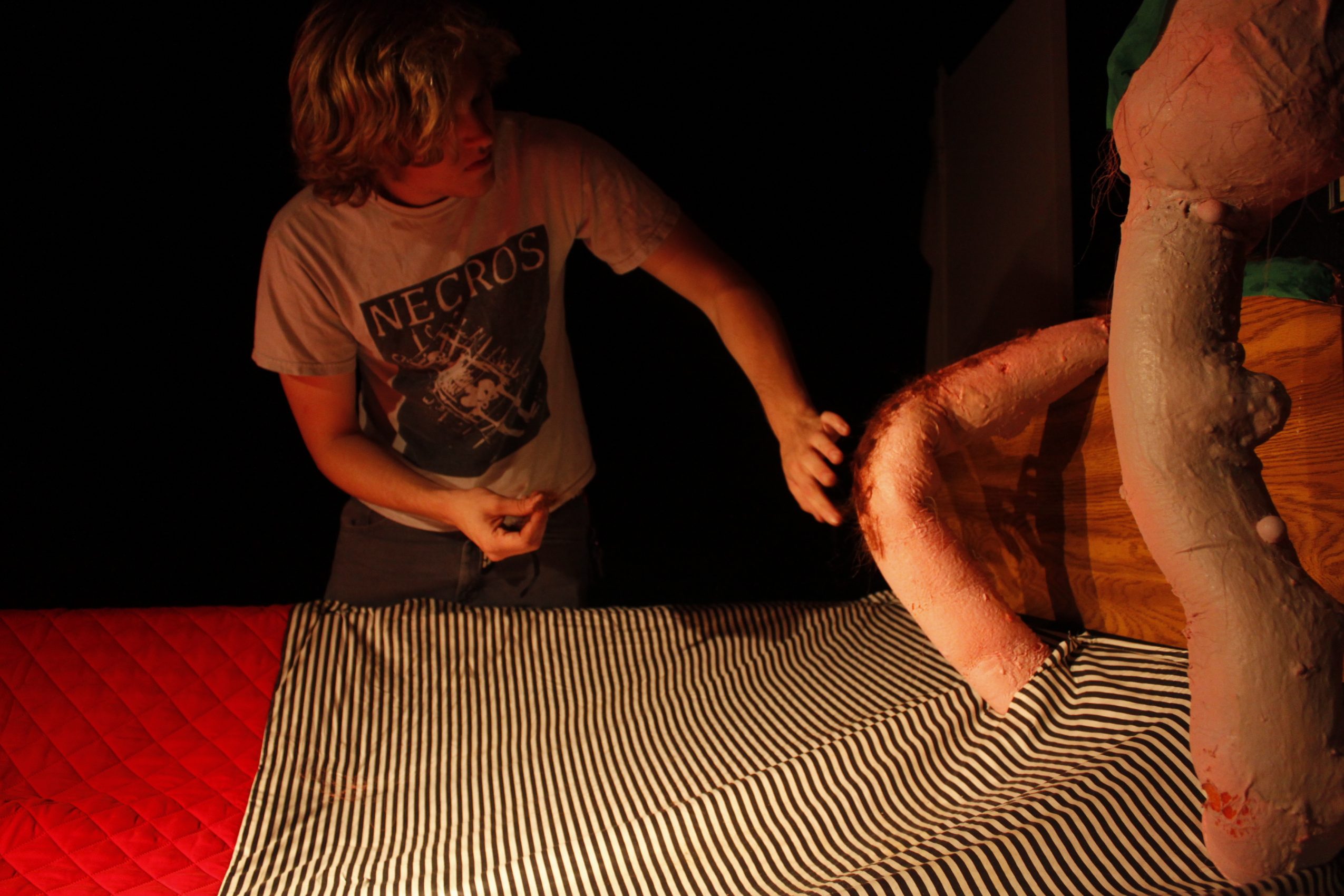