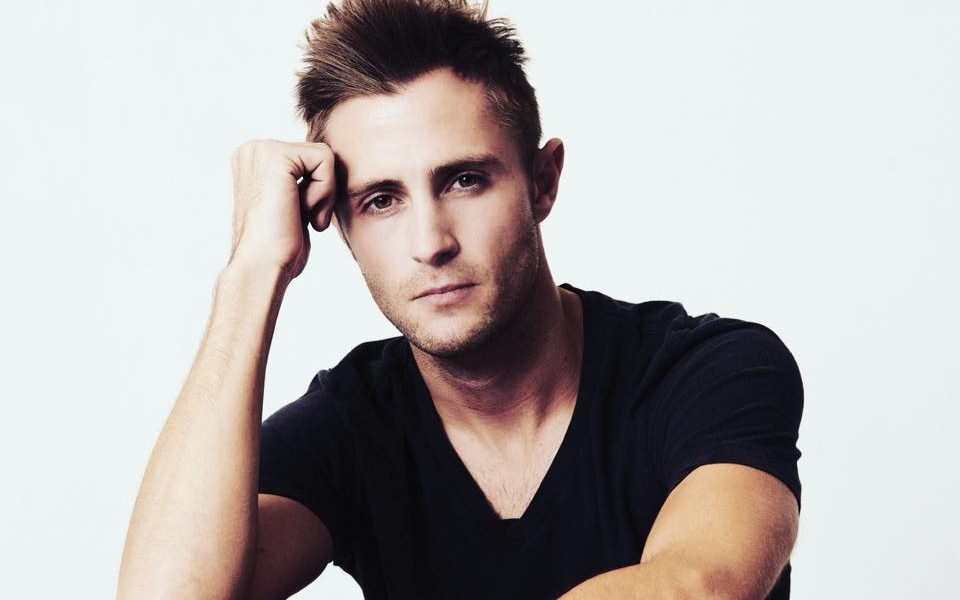 Today we’d like to introduce you to Joe Bryant.

Thanks for sharing your story with us Joe. So, let’s start at the beginning and we can move on from there.
I was six when I discovered photography.

My great grandmother was dying on a medical bed in her living room. We were all there because she was afraid it was close to the end and she wanted her family around her – and she wasn’t wrong.

One of her friends had a classic 35mm camera around his neck. Maybe I was searching for something to focus on other than the impending death wafting through the room, but I was truly fascinated by the strange object and asked him silly-six-year-old questions which he patiently answered.

And when I looked through the lens for the first time, I was filled with a kind of unexpected and intangible joy. In hindsight, I think in part, that joy came from the notion of being able to freeze a solitary moment in time. Any moment in time – I wonder if watching my great grandmother’s time run out, if, perhaps, I was desperate to stop the clock and linger in her final moments. And for me, the *click-click of the camera shutter did just that. My mother still has photos from that day and she’s alive somehow frozen in that moment.

On my seventh birthday, my mother asked me what I wanted and of course I said a camera. But instant disappointment crossed her face and now, as an adult, I understand that we just didn’t have that kind of money. Instead she bought me my favorite movie, Batman (remember VCR’s?) and also told me I could use her old point-and-shoot camera whenever I wanted. And while that sounds like a significant let-down, I was beyond excited. A camera was a camera and more than that, I loved Batman because Bruce Wayne was a kid who grew up as an orphan and found his way into the world in an exciting and delicious way. We didn’t’ have much money growing up and I so wanted to be that kid in Batman and hoped beyond hope to find my own delicious way somehow “into the world.”

Don’t forget, I was seven!

I watched that movie about a hundred times and fell in love with all of the mythology and particularly delighted in the dark, quirky villains like the Joker and Cat Woman and mostly, the Penguin who was odd and quirky and dark and ugly and unique. I even started watching all of Danny DeVito’s movies trying to find the scowl of The Penguin in the face of an actor who played so many parts. So growing up, my love of photography was mostly exercised through my mother’s small, bruised, instamatic camera. But it wasn’t so much the expense or simplicity of her camera that mattered to me, it was the idea of the real possibility of stopping time and preserving beauty, and painting with light, and capturing an extraordinary moment that would have otherwise disappeared into the ether and lost for all time.

On another birthday, my grandmother asked me what I’d like that year. I demurred for a moment not wanting to sound greedy, but I finally told her it was kind of pricey but if it were at all possible, there’s this thing called a 35mm camera, and that dear woman went out and bought me the first 35mm camera I ever owned – and it really took off for me!

Shortly thereafter, I was cast in a movie and brought my camera with me. I took a deep breath and approached the director and asked if I could take photos behind-the-scenes. He was busy and wasn’t really paying attention but said as long as I gave him a copy of the images, it would be fine. A couple weeks later, that director phoned and told me he loved the shots and asked if I would be interested in shooting another movie. He said, “I like what you see when you look through a camera lens, kid!” He didn’t have to ask twice.

He referred me to other productions and suddenly I found myself flying around the country shooting promotional stills and movie stills on movie sets with movie stars. I was booked in first-class and chatting it up with CEO’s and famous people and when they asked what I did, I casually said with a shrug of my shoulders that I was, y’know, a photographer — and it was heaven to hear those words spill effortlessly out of my mouth.

In that whirlwind of job referrals, one project was with Paul Sorvino, Robert Prescott, and Bruce Davison on the movie God Don’t Make The Laws. The director allowed me to shoot video and even asked me to direct a behind-the- scenes piece. These were the first celebrities I had ever shot, but happily, they weren’t the last. I’ve since had the incredible honor of working with some genuine Hollywood Icons from the magical, Stefanie Powers, to the, uh, legend, John Legend, and more. Referral’s poured in and for the first time in my life, I found myself having to actually turn work down.

Those referrals came from celebrities and agencies, and I even found my work in the pages of the L.A. Times, The Daily Mail The Wall Street Journal and some magazines. I also started shooting architecture and found my true passion.

I recently photographed a remarkable eighty-five million dollar estate. Those photos were made into a coffee-table book. The owner told me it used to be the home of, wait for it, Danny DeVito: The Penguin!! My Penquin!! I was able to photograph the very home of one of my heroes. I suddenly walked around that home and felt like that kid who had truly found a way, “into his own delicious world.”

Great, so let’s dig a little deeper into the story – has it been an easy path overall and if not, what were the challenges you’ve had to overcome?
No part of my journey has been easy… But I don’t think any journey is without struggle. The two words that come to mind are perseverance and simply, yes. If I’m asked to do an interesting project, no matter what the fees involved are, I try to say yes. Things lead to unexpected things which lead to more exciting things, so you never know which dots will connect to the best part of your life. And you must persevere. Without a weekly paycheck, without family money, being a photographer is a luxury and I’m aware of it. There are times where I envy the barista at Starbucks. At least he knows where his next meal is coming from, and he has a health plan, and has colleagues he sees every day. That all sounds comforting to me. Don’t knock it! Traveling a path that’s not well-worn and mostly ephemeral, takes a serious toll, but it also grants lovely, lovely experiences, and makes it possible to do what you love in life.

Joe Bryant Photography – what should we know? What do you guys do best? What sets you apart from the competition?
In the beginning, every photographer wants to be known for something. Some kind of signature. And I’m sure that at some point, I’ll look at my work and say, “Oh, I’m the guy who is known for…..” But I privately honor the notion that my eye is unique, my aesthetic, nuanced. I see the world in a way that searches for beauty residing in the ordinary, or I tease out the grit and imperfections that are hidden within something beautiful. I even love the unappealing – think “The Penguin.” No matter what form it takes, I love turning ordinary objects into photographic art. I can circle a room or a product or a person until something catches my eye; maybe even something catches my soul. I know that sounds intangible, but I try not to judge it or explain it, I just try to capture it. I don’t think I’ll ever be able to say, “Hey, I’m the new black-and-white guy.” Or, “I’m the photographer that plays with hard-light.” Or, “I’m the portrait guy.” For the moment, I have my own eye which is open and assessing a world that was formed four and a half billion years ago. It’s only been the last hundred and fifty years that we’ve been able to photograph any of it. I’m awed by that notion and excited about the possibility of capturing something unusual in this corner of our universe.

What moment in your career do you look back most fondly on?
There isn’t one defining moment for me, although I must say that sitting in a room with John Legend and capturing him at the piano was incredible… Mostly, the proudest moments are fleeting. It’s when I exceed the expectation of a client, or see something in the world and capture it and people are moved by it or awed by it or stopped in their tracks for a moment.

Photography is in-part painting, it’s certainly involves lighting and color and materials, but in the end, I think there is something that must approach magic. I’m thrilled when I capture something subtle or unexpected and for a moment, that moment, I find a way to freeze and preserve a solitary moment in time that would otherwise have been lost.

That six year old boy really hasn’t changed since that day toward the end of my grandmother’s life. Whatever sparked something within me then, froze, like a photograph and that same joy and delight and curious-impulse remains.

Oh, and I still love Batman! 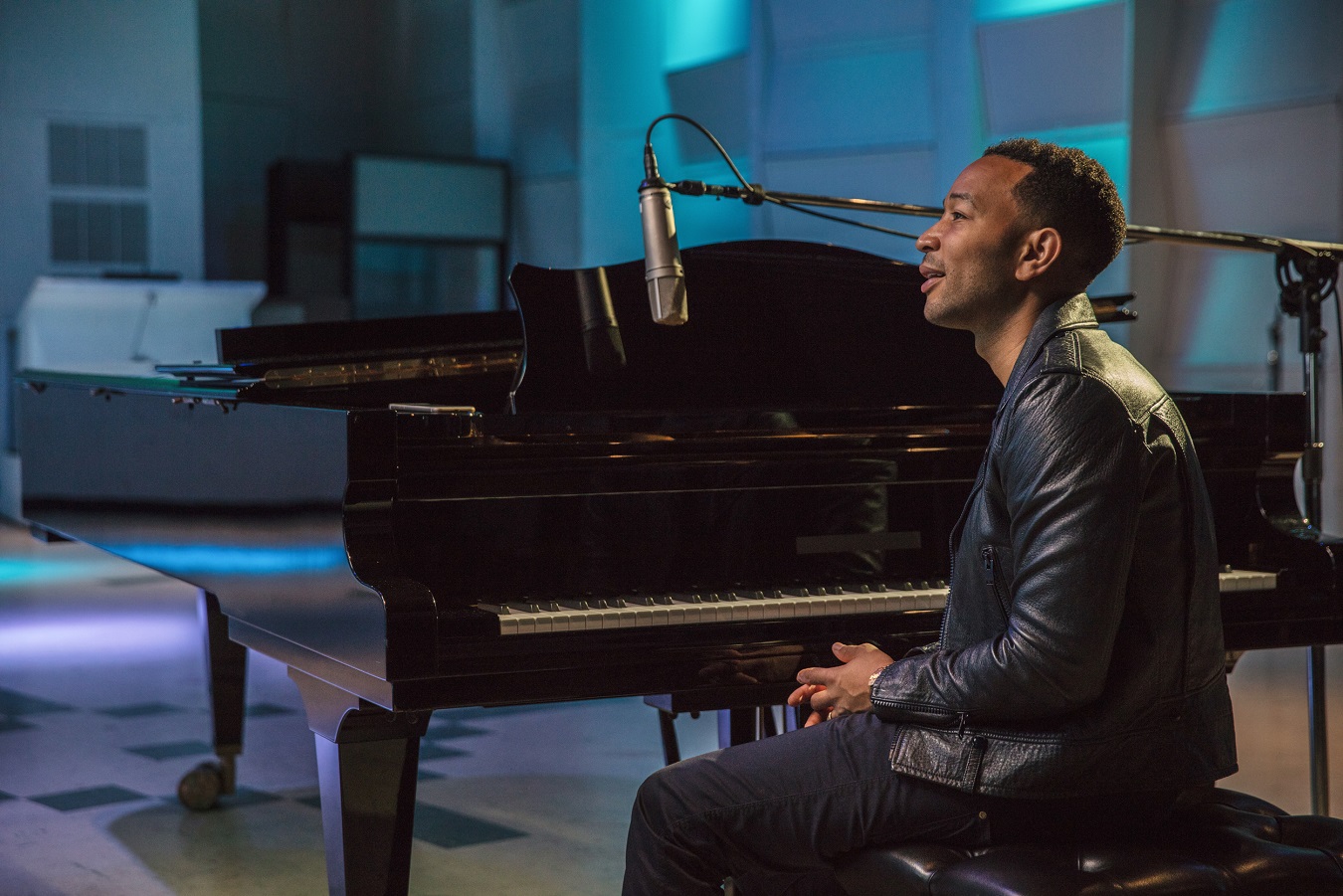 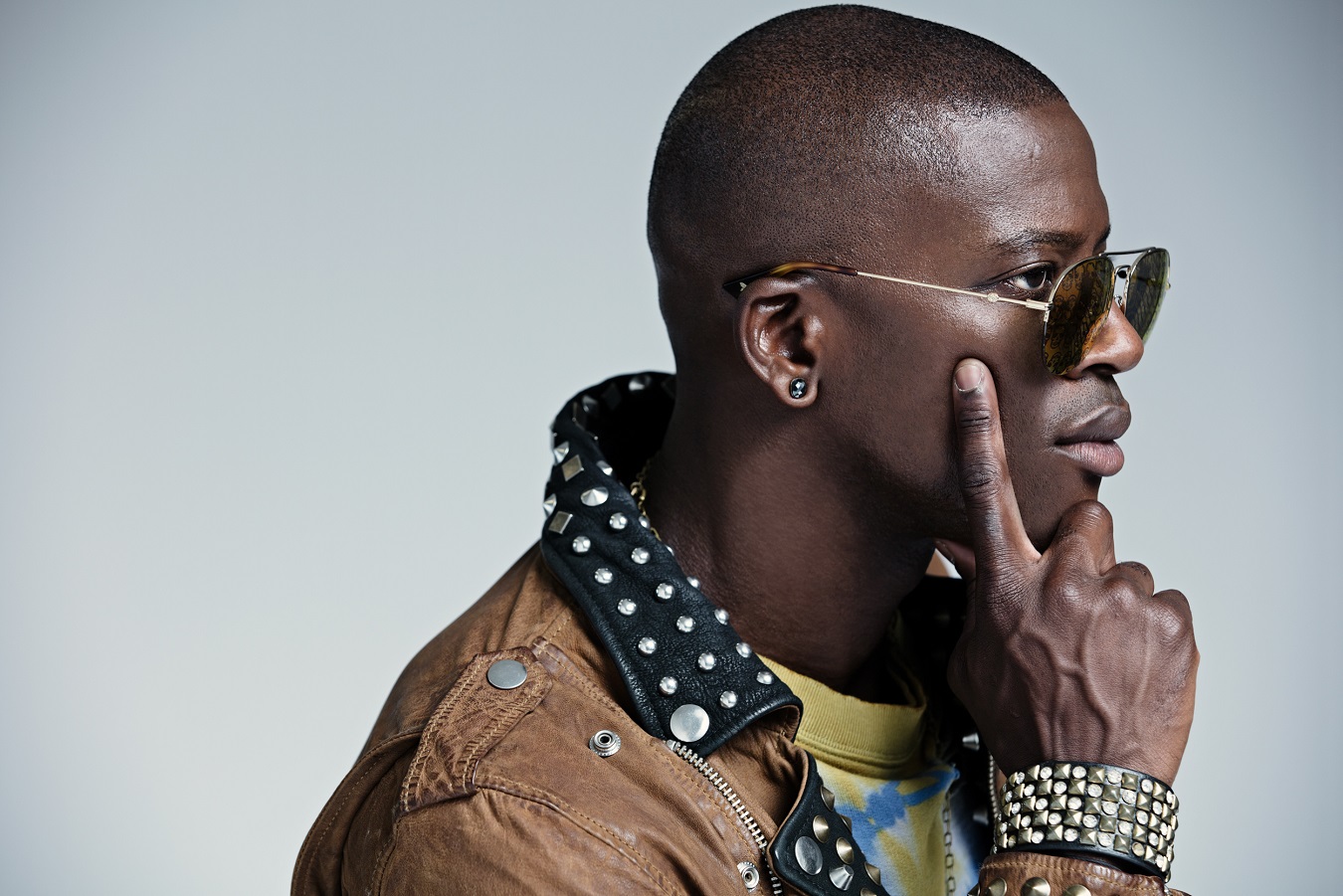 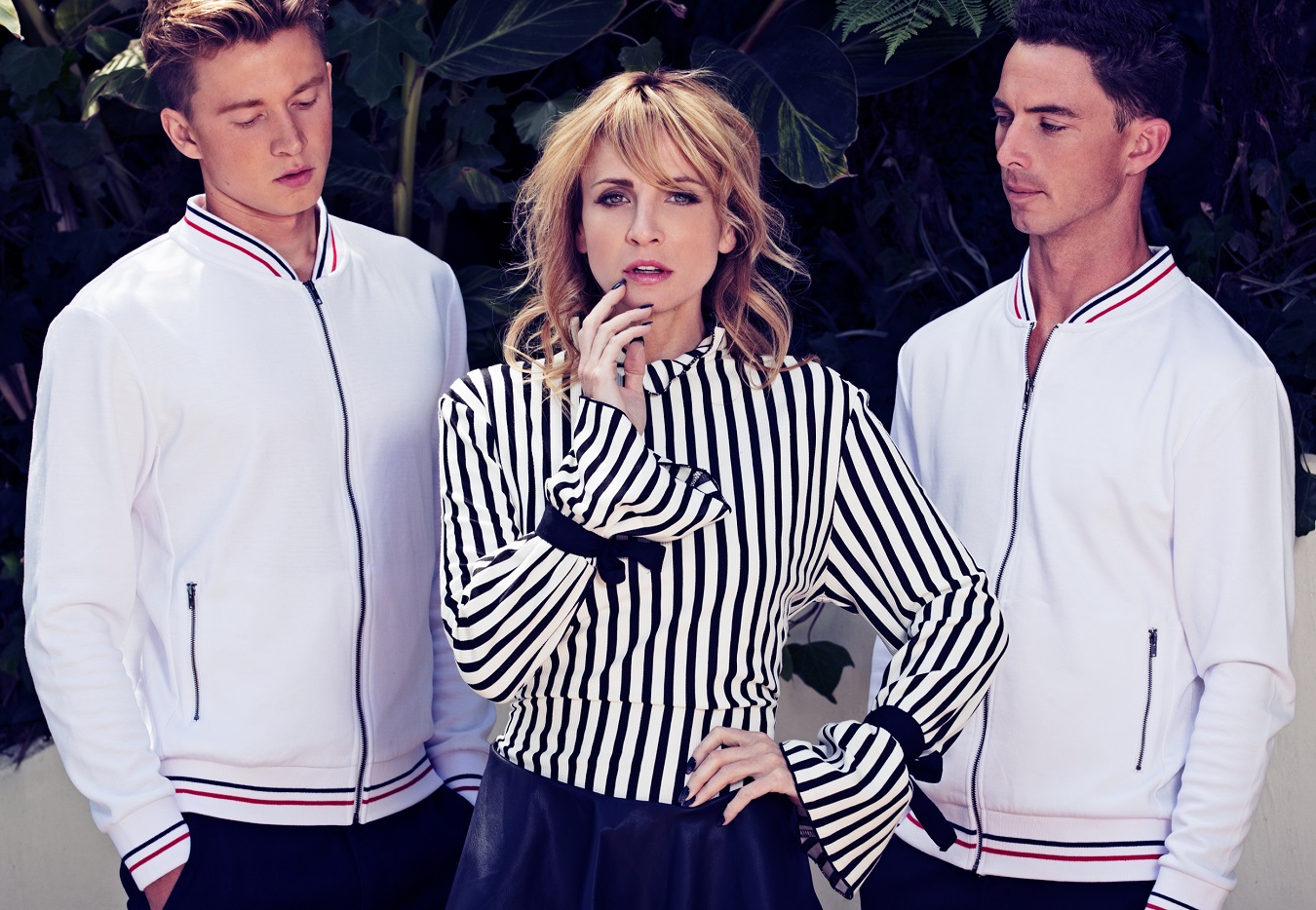 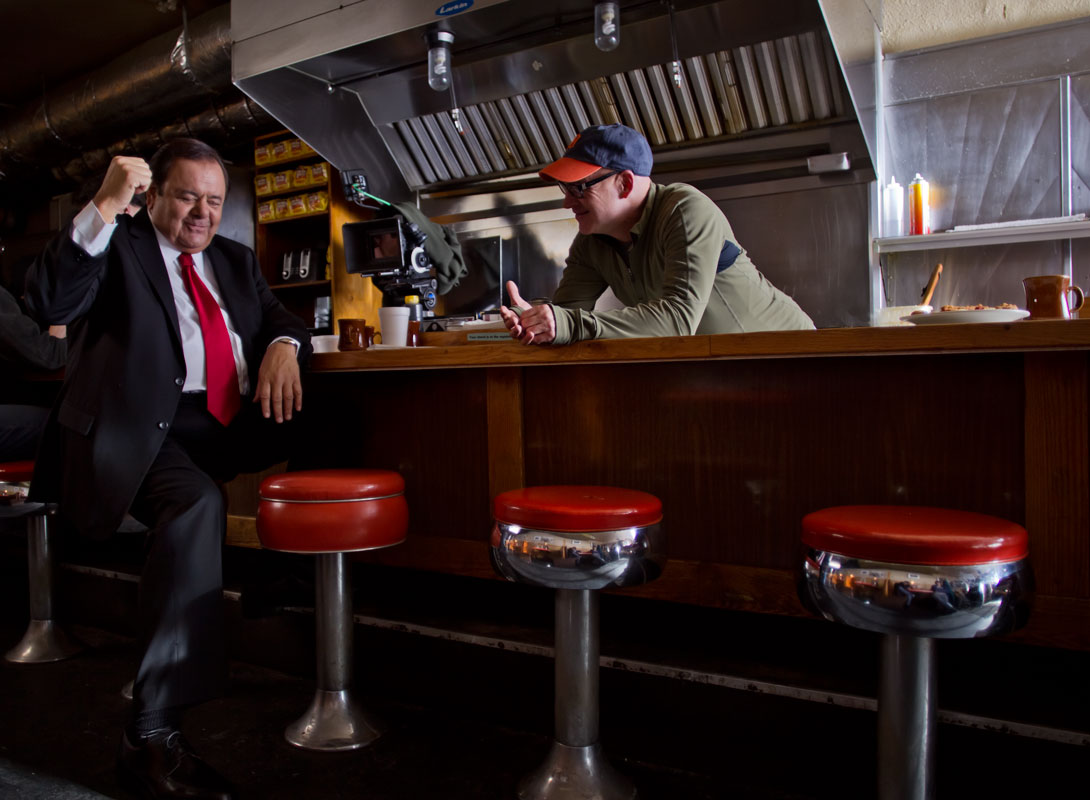 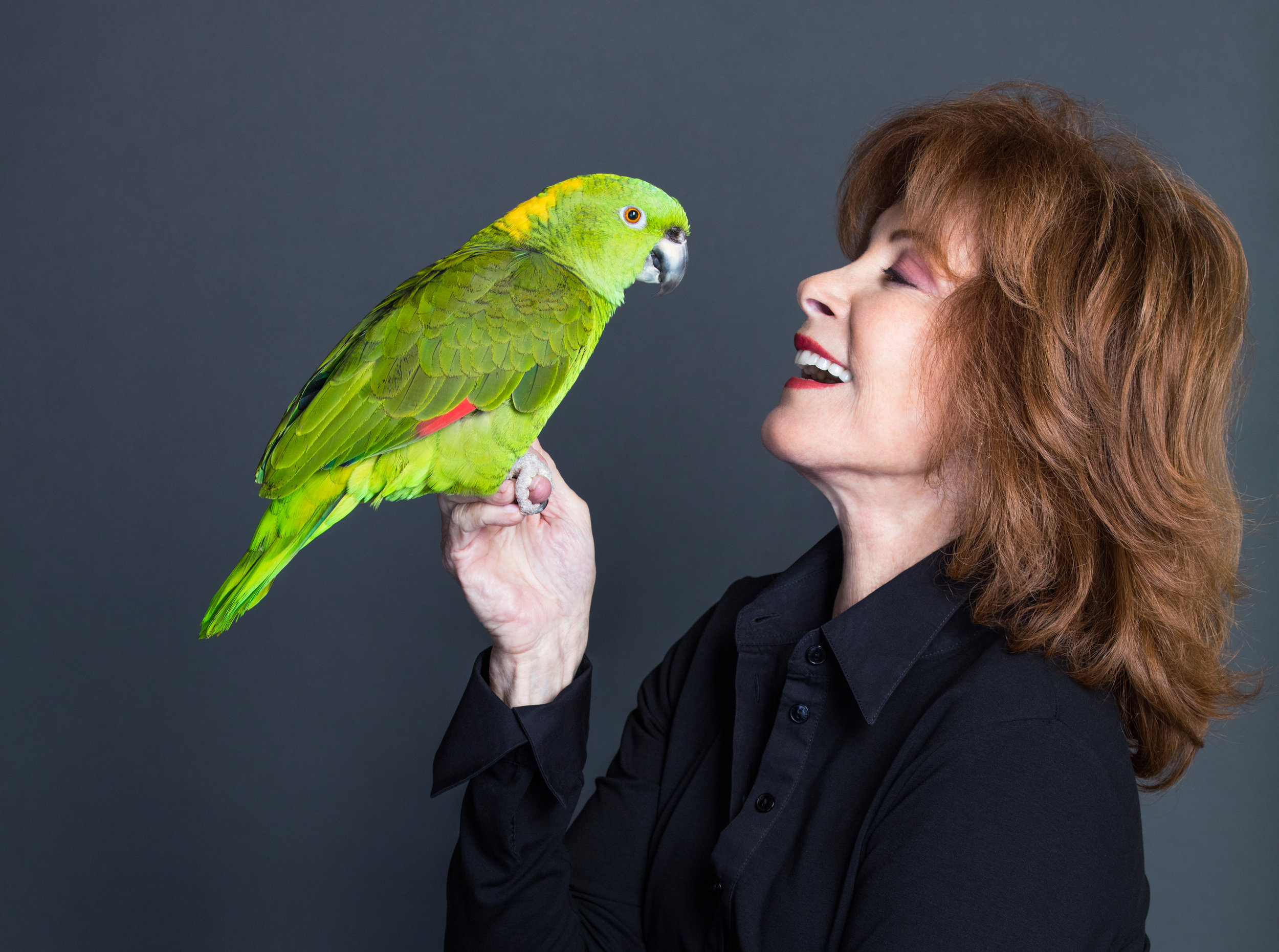 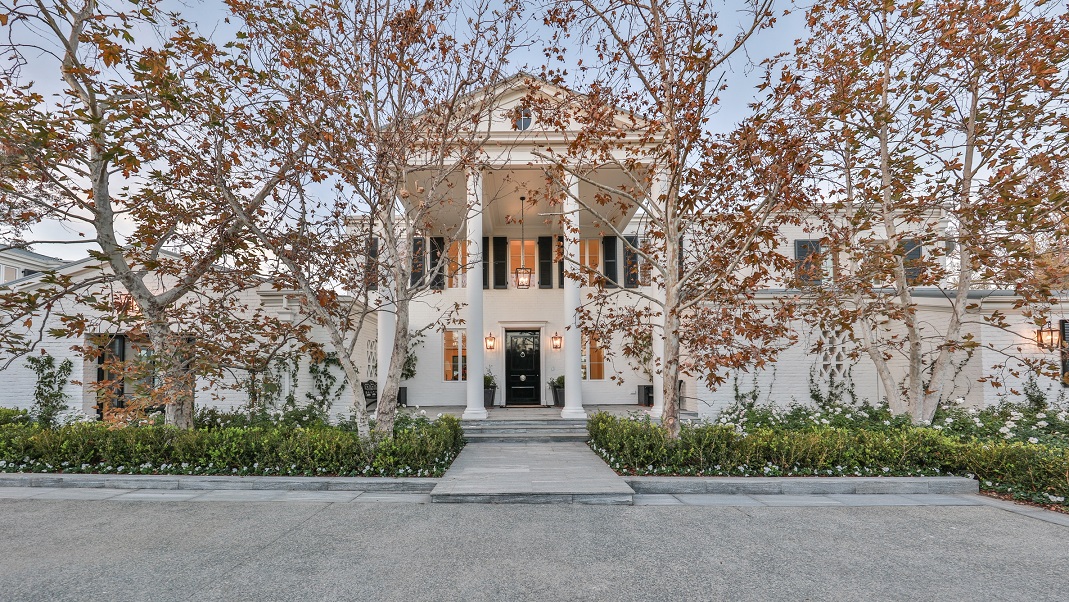 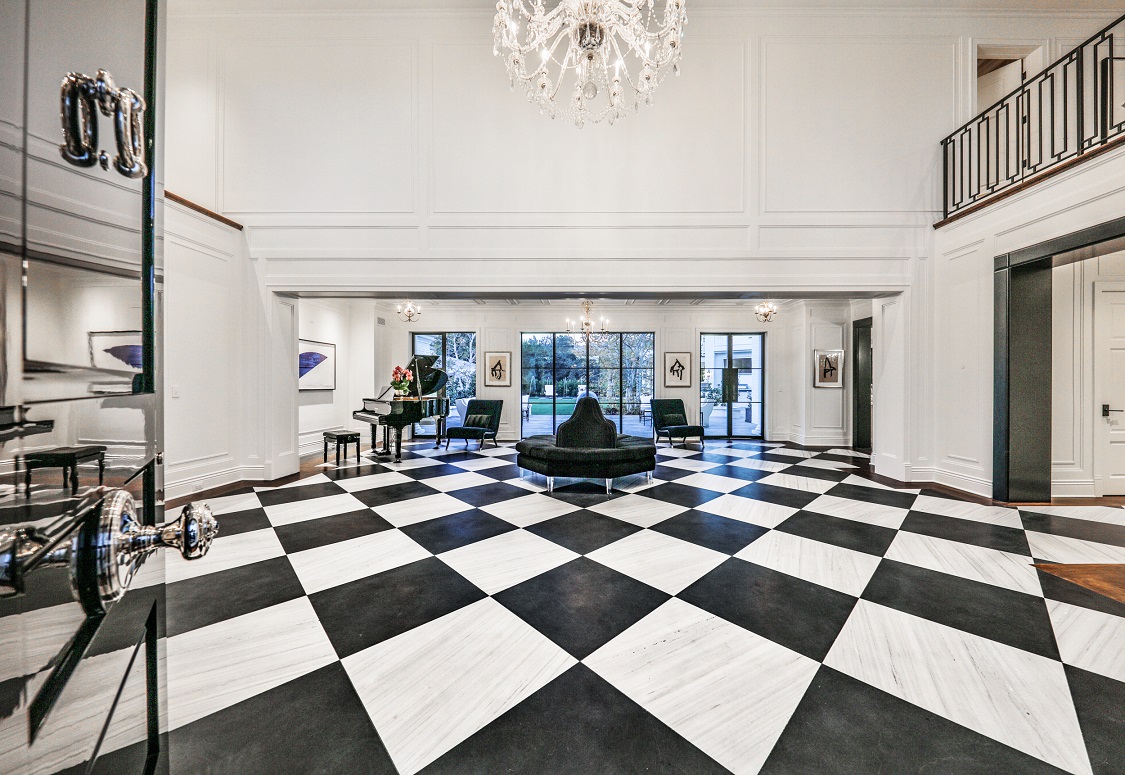