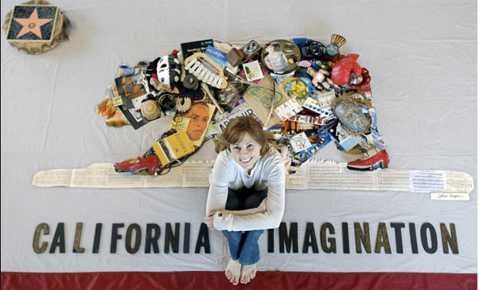 Today we’d like to introduce you to Jillian Kogan.

Jillian, can you briefly walk us through your story – how you started and how you got to where you are today.
I was raised in the “Old Line” state of Maryland and migrated west to the “Golden State” of California in my early twenties. My parents were both very involved in the fine arts and collecting, and as children, we visited museums in New York, Philadelphia, DC, and I even took art lessons at the Baltimore Museum of Art. Having found a passion for mixed media, specifically collage and assemblage, I have been a longtime fan of Jasper Johns. Particularly his work with flags.

I began producing my own “flag art” back in 2006. It was a fun hobby encouraged by a friend who had written a film about a Dorian Gray type gallerist who never ages. I was making a series of flags for the film when the Los Angeles Times became interested in doing a story on the historic, Four Gables apartment building, where I was living in West Hollywood.

After being featured in the article “It’s Still the Address of Glam” by David A. Keeps and photographed by Ricardo DeAratanha, covering the lifestyles of the artists in residence of a historic West Hollywood complex; my art career was launched. The story came out on a Thursday, and by Friday my voicemail was full with galleries wanting to see the work, collectors wanting to buy it, and vexillologists wanting to discuss it. I called it my ‘West Hollywood Cinderella Story.’

I began showing with a young gallerist and ironically, all of the pieces sold before the opening of Nations Pride. My work was shot for House Beautiful magazine by Roger Davies with interior design styling by Betsy Burnham, which exposed me to a wider net of interior designers. The American Music Awards borrowed a piece for their annual awards event party, which captured the attention of the music crowd.

From Hollywood glamour (Why Not Reinvent Yourself) to the conservation of a natural world (California Recycle), I began creating pieces showcasing the varying characteristics of our state, our culture, and most of all, ourselves.

In 2008-2009, my ‘California Imagination’ piece was the subject of the California Arts Council statewide promotional campaign, and I was honored by Governor Arnold Schwarzenegger. Also in 2008, to celebrate LA’s BEST 20th Anniversary, I conceived and art directed the 260-ft Do Time at LA’s Best mural, executed by renown street artist Marcus Suarez in downtown LA, which was unveiled on the construction wall at the new LAPD Metro Detention Center site in the Downtown Los Angeles Civic Center by Hon. Mayor Antonio Villaraigosa.

In 2010, the California Travel & Tourism Commission called on me to create a California flag assemblage as a tribute to then-Governor Arnold Schwarzenegger. Years on and many bear flag assemblages, civic art installations, and group and solo exhibitions later; my creative impulse continues to forge and reconfigure state and national flags with a collective of unique and unsuspecting found objects blended into a robust mix media menu and sociopolitical messages.

I strongly believe in spreading messages that create impact. This is what excited me about The Manifest Equality show in Hollywood in 2010. And it was there that my work was purchased for the new LA offices of Saatchi Online (later Saatchi Art). Working with Charles Saatchi at the gallery in London and the incredible team in Los Angeles gave me a new perspective on the power of the arts and artists.

Today, I spend a lot of time in the studio working on large scale flag art commissions for private collectors around the globe. I am no longer surprised when a client living in Missouri commissions a Maryland flag or a client with a home in California wants a California Flag art for their home in South Hampton. I understand that they want to bring a little piece of their heritage with them and share it within their new frontiers.

I also continue to share my work in exhibitions that move the needle on society and help support amazing causes including GET ART4 Fundraising event for Project Angel Food (2011), All in for the 99%, ACE Museum, Los Angeles (2012), AIDS Project Los Angeles, Bonhams Auction House, Into Action, Organized by Hank Willis Thomas and Michelle Woo (of For Freedoms), Glenn Kaino, Yosi Sergant, and Favianna Rodriguez (2018), We Rise, produced by Taskforce (2018).

Overall, has it been relatively smooth? If not, what were some of the struggles along the way?
Glue Guns are my main tool in the studio and my main nemesis. Ha. Ha. I do a lot of gluing, and I’ve probably gone through twenty guns since I started. I’ve also been burned dozens of times. I’m healing from a pretty nasty one now that took out my index finger. Ouch. Other than glue guns and their general threat, it has been a pretty smooth road.

We’d love to hear more about what you do.
I am an assemblage artist specializing in flags. I am known for my flag art – especially in California.

I am most proud when I see my work hanging on a client’s wall in either a home, business, or institution. I generate work averaging 64” x 44” x 2” framed in size which is quite large and can really impact the look and feel of a space.

And I work very closely with my clients to ensure that the outcome is as they imagined the work – if not better. Separate from working on flags, which is pretty specialized in itself – What sets me apart from other artists is my passion for working with clients. I actually welcome their input, visions, and aesthetic.

If you had to go back in time and start over, would you have done anything differently?
On the Business Side of things – I would have put my talents in the hands of an Honor Fraser or Larry Gagosian gallerist/artist rep to help me to navigate my art career. I have had to learn a lot along the way myself and knowing what I know now – it might have been an easier road if I had a Gagogian or Fraser road map to guide me.

On the creative side – I would have challenged myself to get more ugly and graphics in my work. I pushed the lines quite a bit, especially with my pieces on Rehab and Addiction, but one really has to take things to another level to break down the barriers like a Serrano with his Immersion (Piss Christ) photograph. 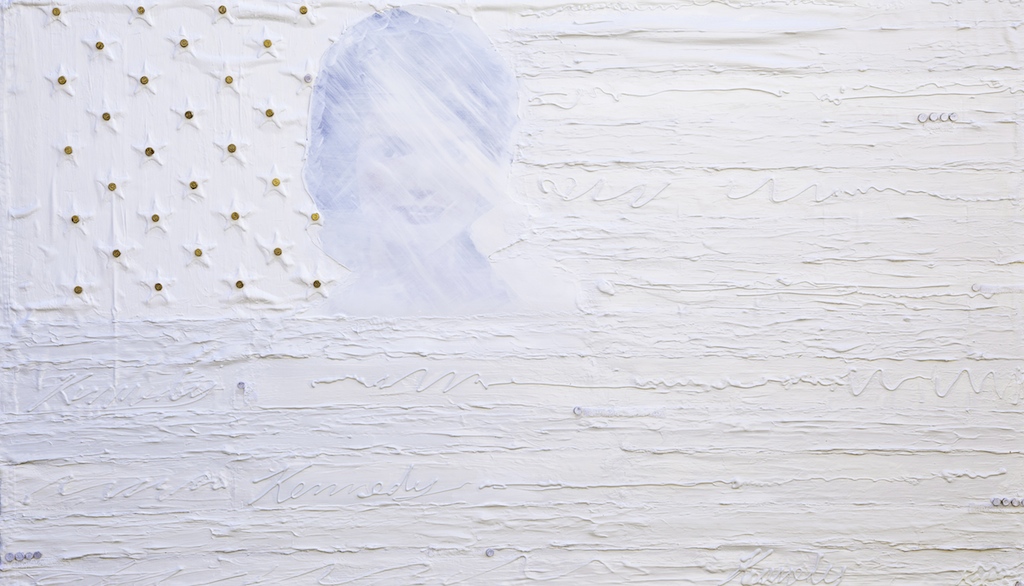 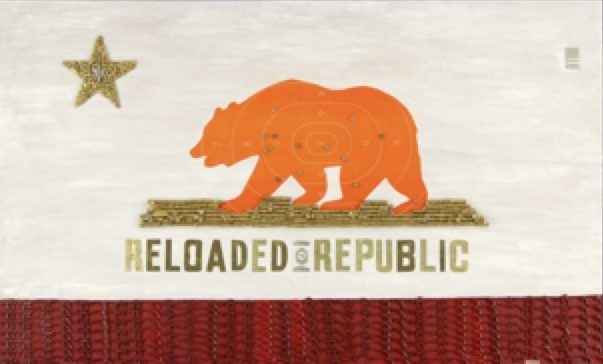 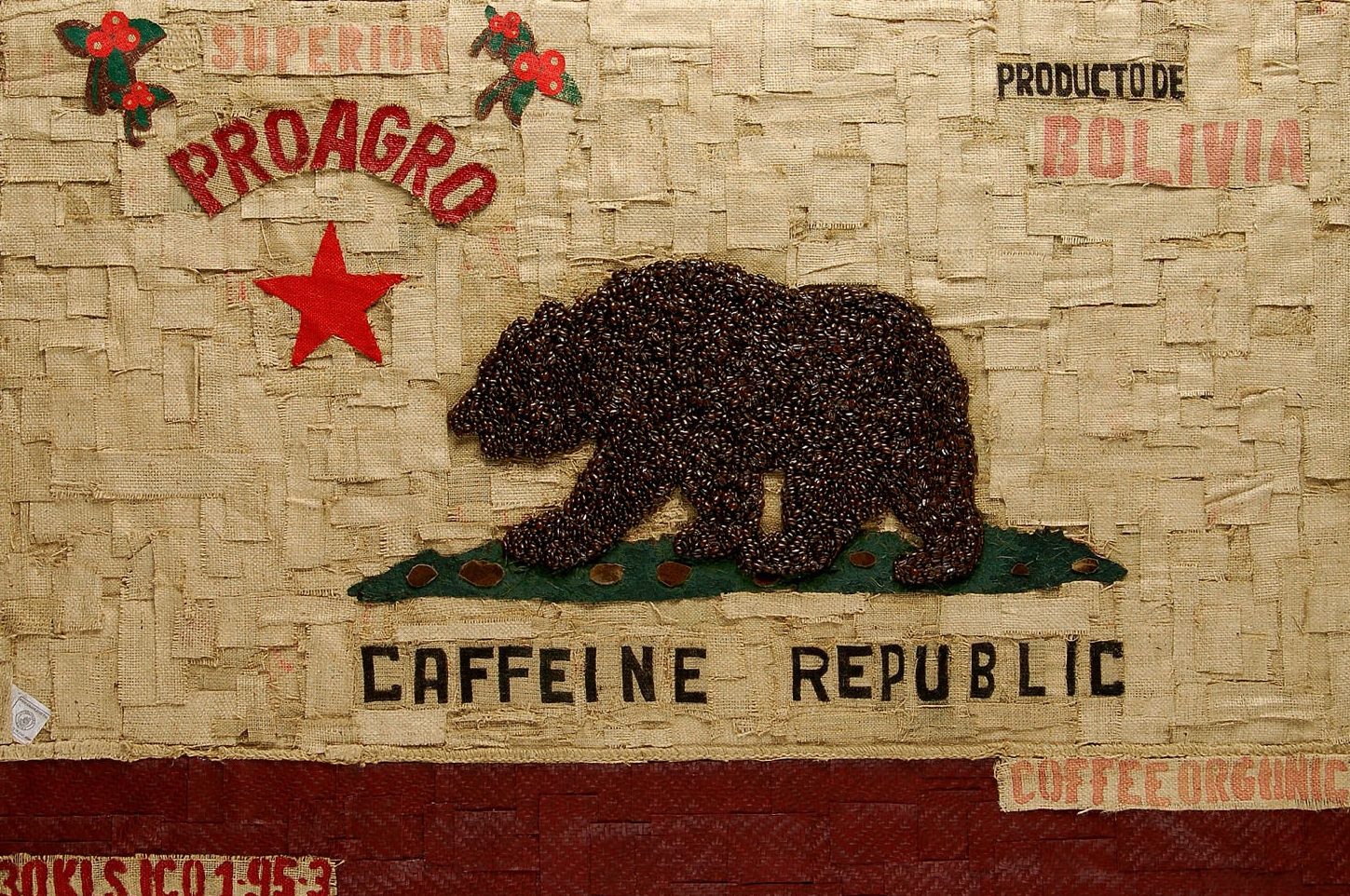 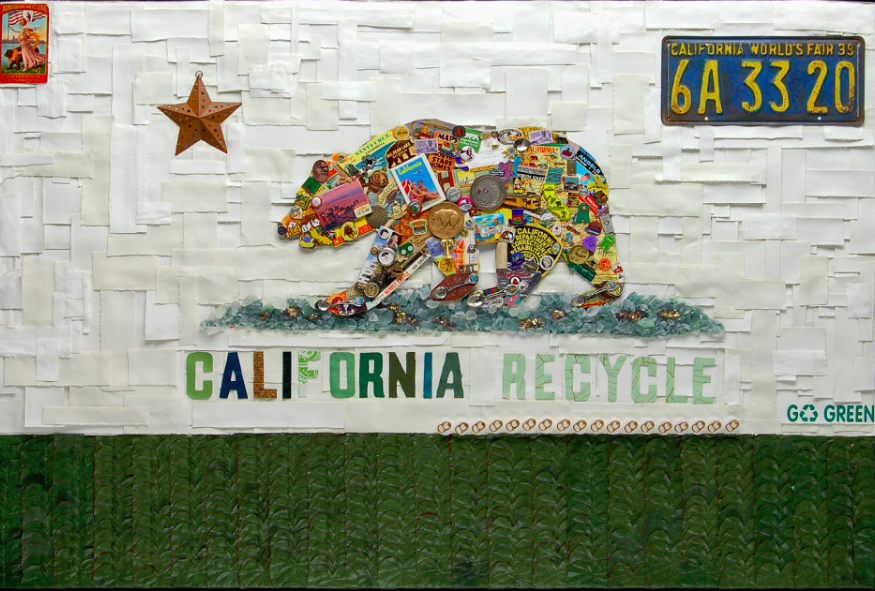 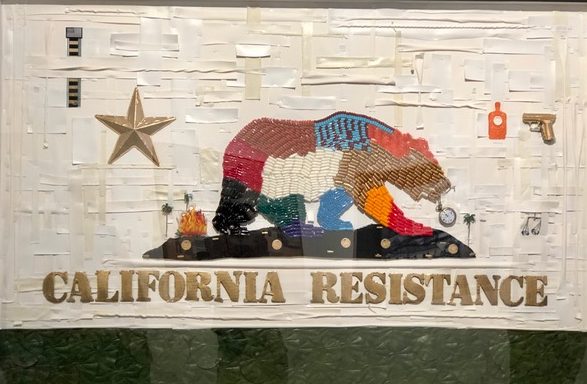 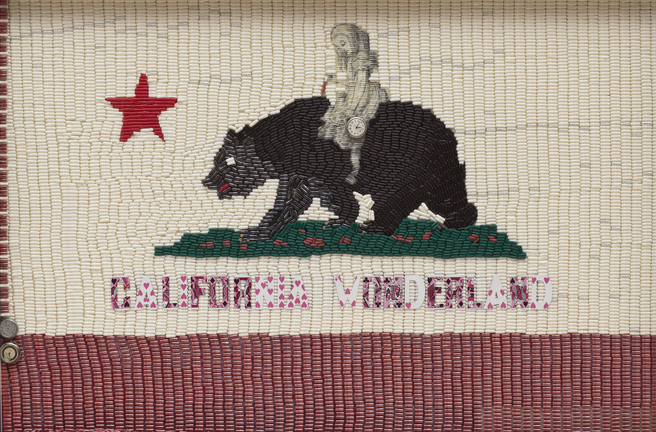 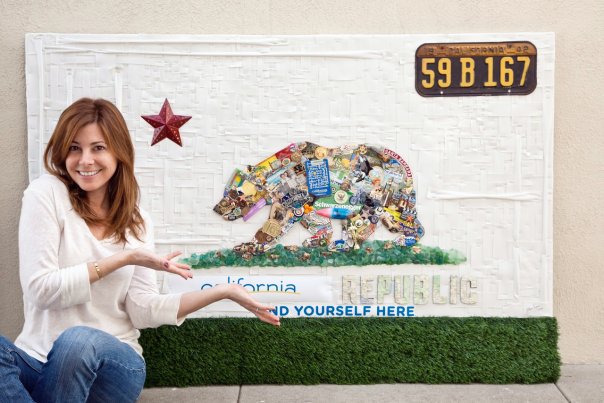 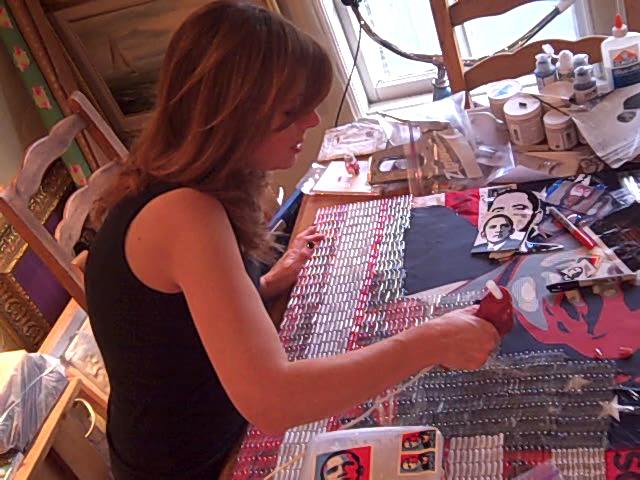 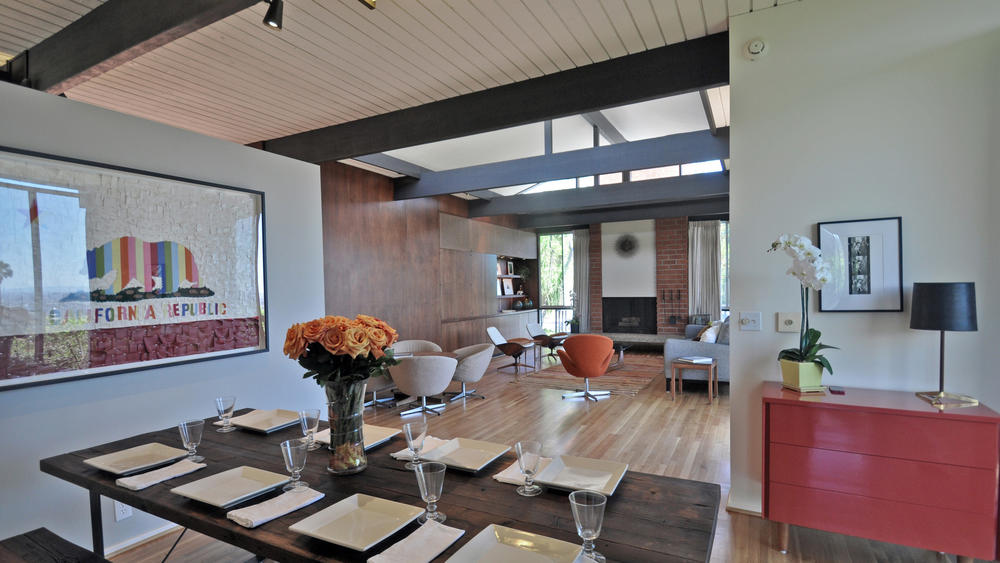 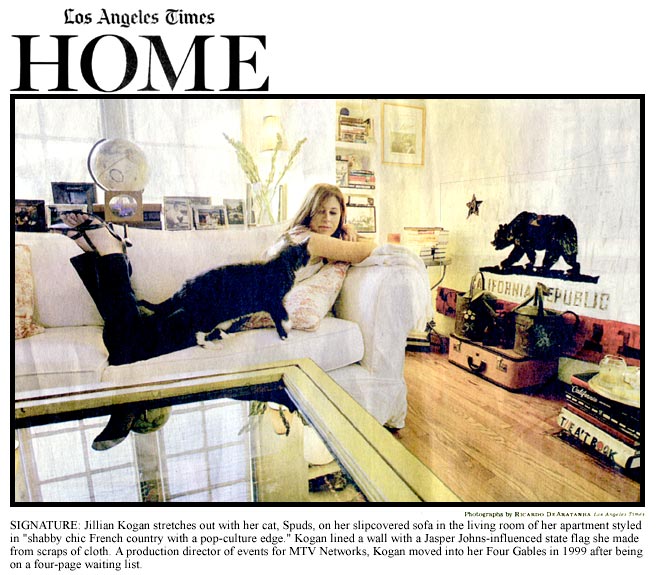 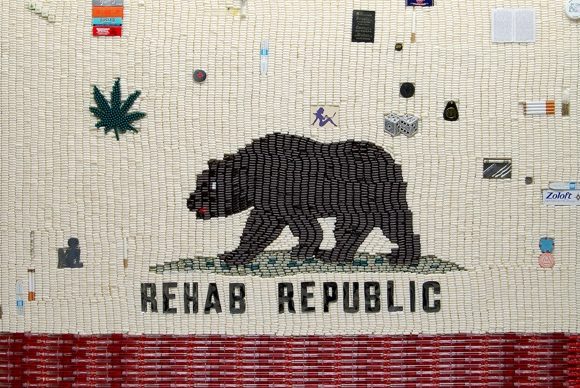 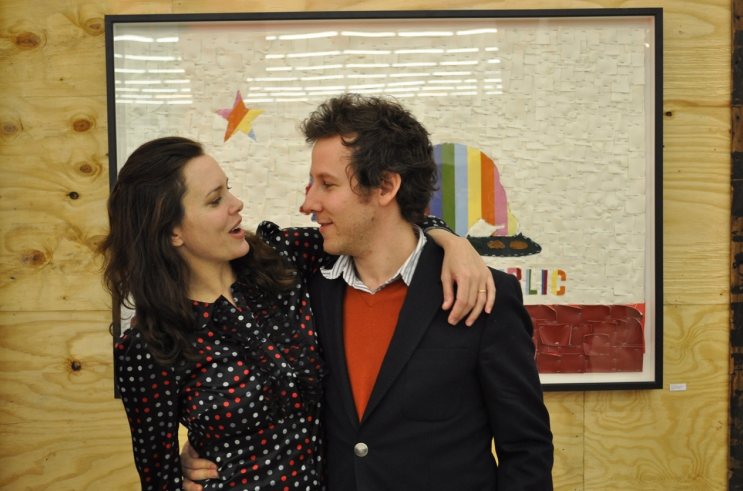