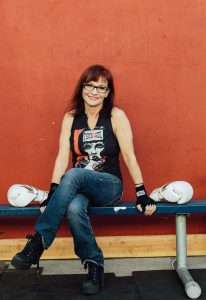 Today we’d like to introduce you to Jill Morley.

So, before we jump into specific questions about the business, why don’t you give us some details about you and your story.
I wanted to fight in a combat sport before I got too old so I took up Taekwondo in my 30’s. When it was time to spar, I would punch more than kick because I had heavy hands.

The instructor told me that I couldn’t punch when sparring other girls because I would hurt them. Then, I saw women boxing and thought, I’ll just do that! At 40, I started to learn how to box with the goal of fighting in the NY Golden Gloves. My friends encouraged me to make a documentary film about it. (I had made a feature doc and a short before and pursued unscripted stories on the regular). 7 years later, my film “Fight Like a Girl” was made, winning awards and is now available on Amazon, iTunes, etc.

I fought in the NY Golden gloves and lost my first fight, but did the best I could at the time. I continued to spar, learn and was fortunate to train with amazing people who taught me nuance. I fought a total of 11 more times. Basically, I fell in love with the women that I met when I was training. There are so many hurdles, especially back then, for women to be taken seriously in boxing and get proper training.

Knowing that as pros, the women make piddly purses compared to men, I wondered what drove them to it. What was the reward? They all had stories of overcoming monumental adversity. This was a way to process it and come out on the other side. I discovered that boxing can be a way of healing. It may be counter-intuitive, but I have seen it “save” a lot of people! I continue to get emails from people who have seen “Fight Like a Girl” about how it has inspired them through some tough times. One woman I train who suffered from PTSD stopped having nightmares once she learned how to box. It’s powerful stuff.

What I do know is that my experience learning boxing was harrowing once I started sparring. It brought back memories of physical abuse. I had panic attacks in the ring. But through the proper training and the support of the women and my husband, I was actually able to fight, winning the National Golden Gloves in 2015.

Seeing what it did for me, I wanted to train other women and make the sport accessible to them. I wanted to take down the intimidating hurdles that keep them from going into a boxing gym and encourage them to get stronger by developing a skill that used to be restricted to men. Because I received such great training, have a good eye and enjoy nurturing others, I made for a good coach. Whether the women (or men) want to fight or just spar and know what they are doing, I have watched them grow, get stronger, and become skilled boxers. FLAG Boxing or Fight Like a Girl Boxing is an accessible way for people to learn boxing.

Mostly, I’m about proper boxing technique. So many times women were not given the time or attention to learn the finer points. A lot of the early women boxers were brawlers. However, they paved the way for the younger ones. The pioneers are the ones who got trainers to take us seriously. Coaches saw the commitment, heart, athleticism and talent.

Today’s top women boxers are incredible but would not be at this level without the women that came before them! It’s only been in recent years that their fights are getting some television coverage. I can’t tell you how many times there have been male televised that did not display an iota of skill as the women they put on earlier. Hopefully, in this age, women will be getting their due. This is why I started FLAG Boxing.

Overall, has it been relatively smooth? If not, what were some of the struggles along the way?
So many obstacles! One major struggle was PTSD I had from physical abuse when I was learning to fight. Also, once I was done with my fighting career, I noticed that some men had a difficult time accepting me as a coach. Some didn’t like that I taught proper technique and wanted me to teach what I call “Booty boxing.” Cardio boxing is a great workout and fun to do, but seeing bad technique hurts my eyes.

As a documentary filmmaker and a female boxer, I am not the richest person, but I am doing what I love.

Please tell us about FLAG Boxing.
FLAG Boxing is woman-friendly where we teach proper boxing technique and focus on empowering women (and some men) through boxing training. In the meantime, we get a great workout and learn a skill that used to be restricted to men. We also create an inclusive community where we can call each other to train or just hang out! We have some great guys that work with us too. They know just how hard to go in sparring and enjoy being in the company of women who love to box.

If you had to go back in time and start over, would you have done anything differently?
Great question. I wish I started boxing when I was much younger but I think I wasn’t meant to learn it until later in life… But, I’m grateful to have what I have and after all the blood, sweat and tears, show that picking up a challenging combat sport at a late age can be life changing. 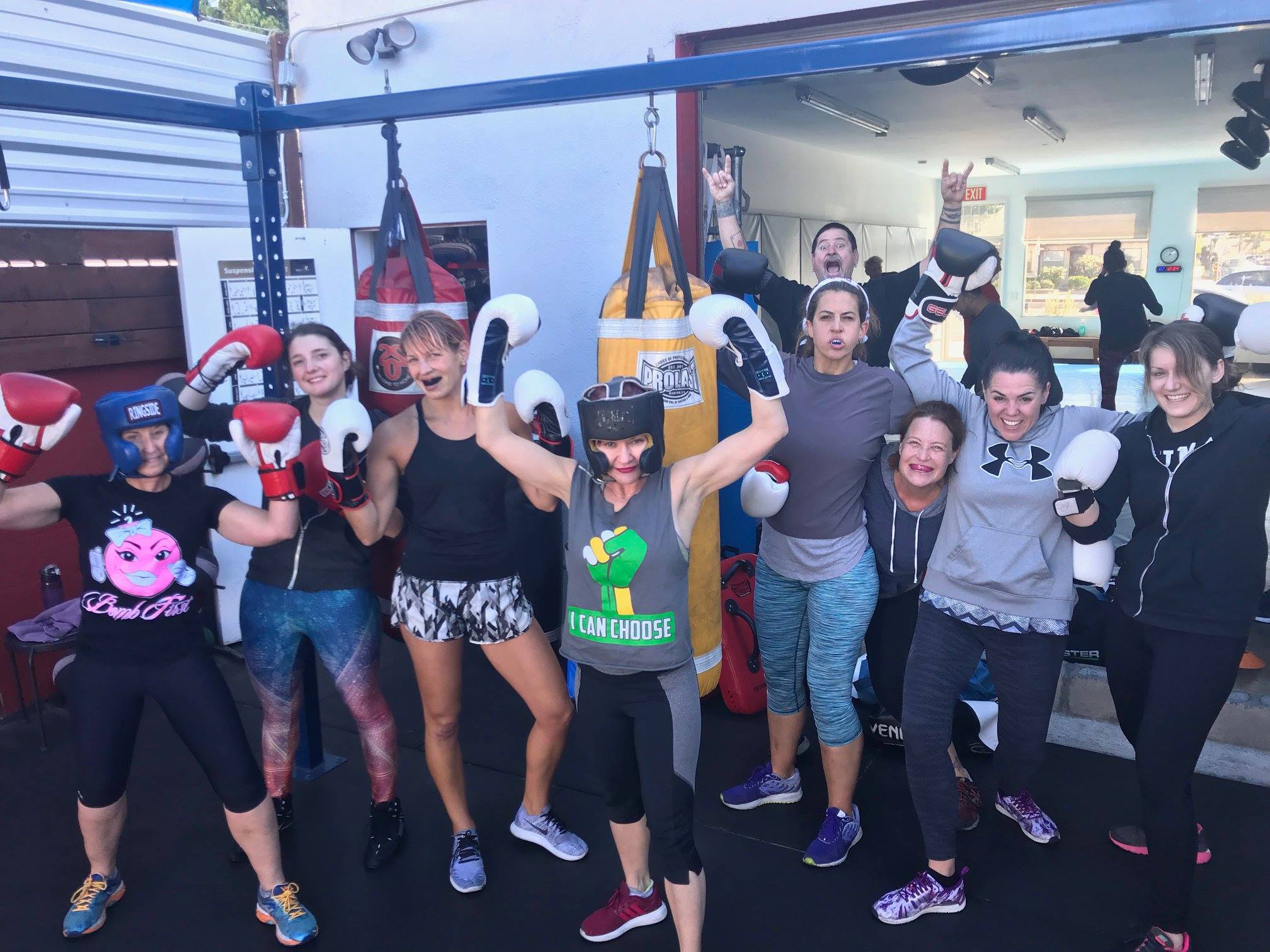 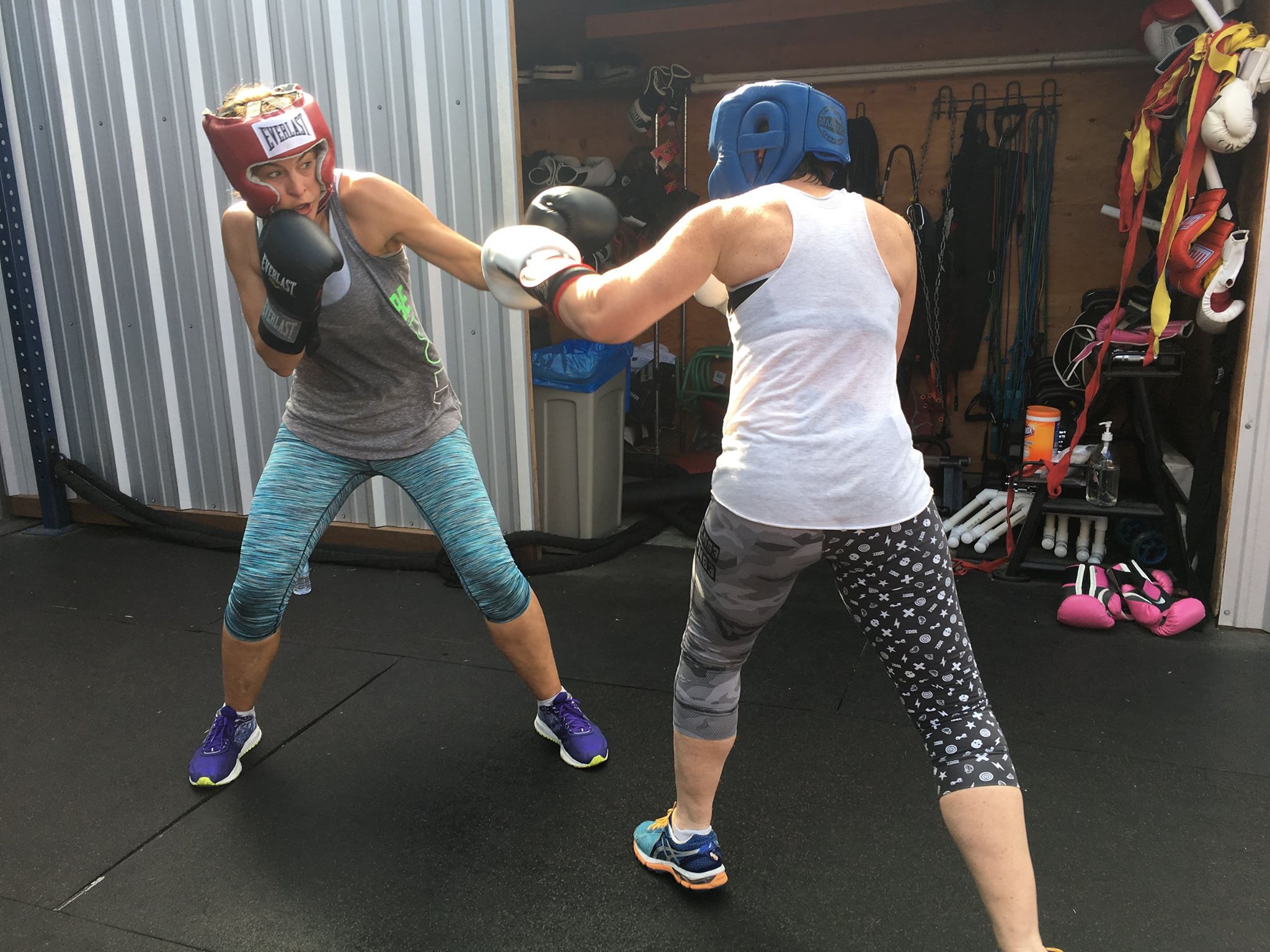 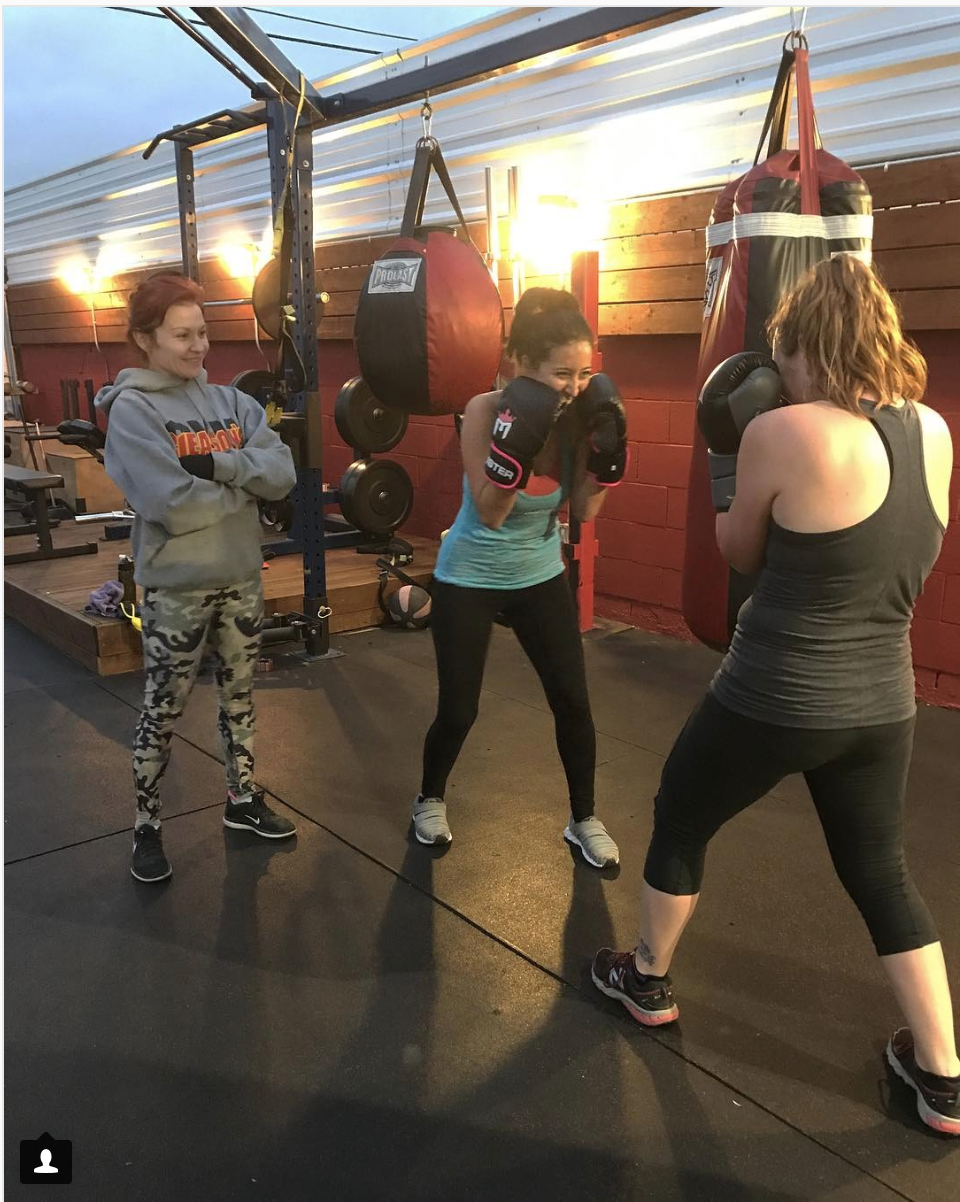 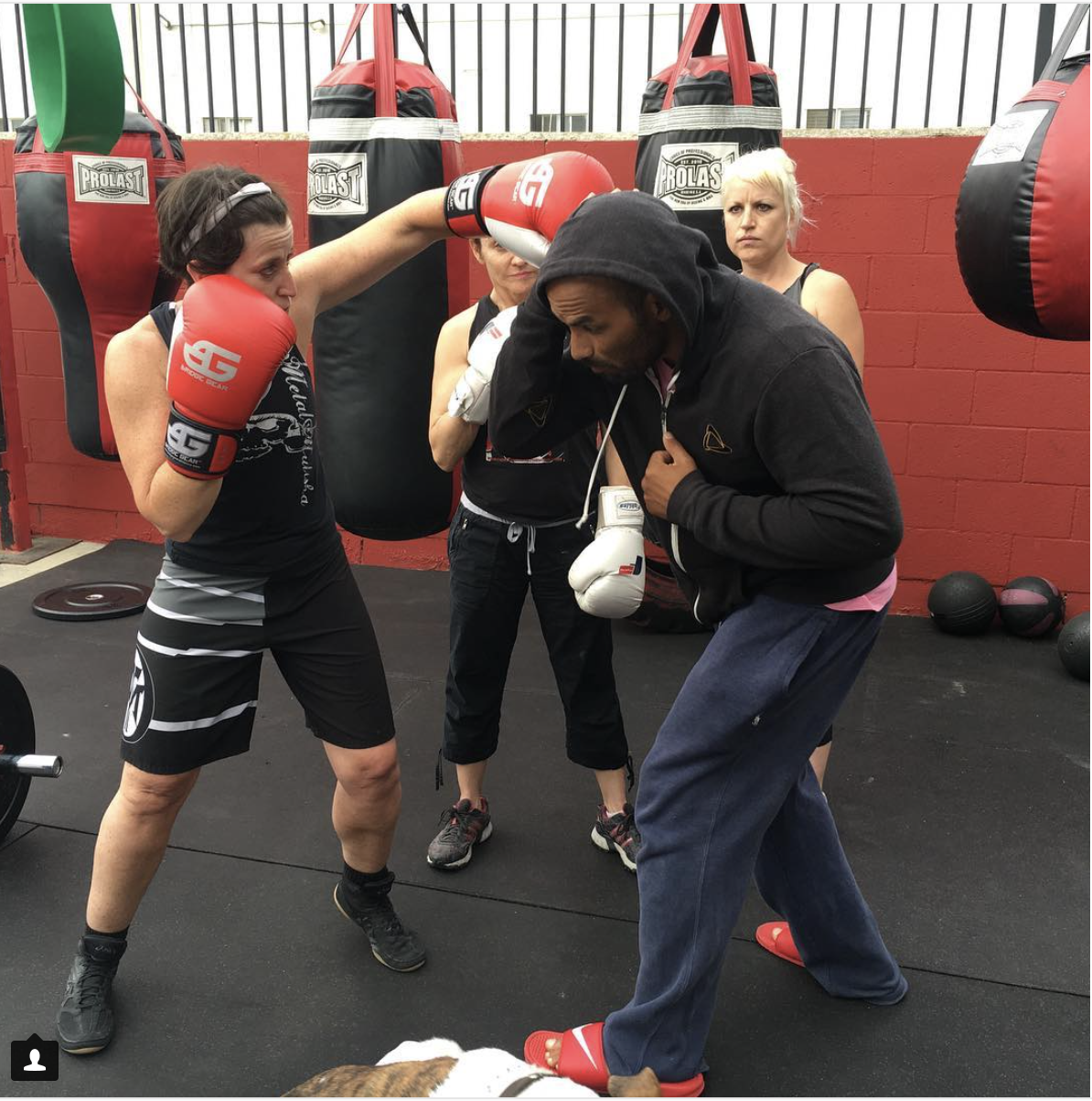 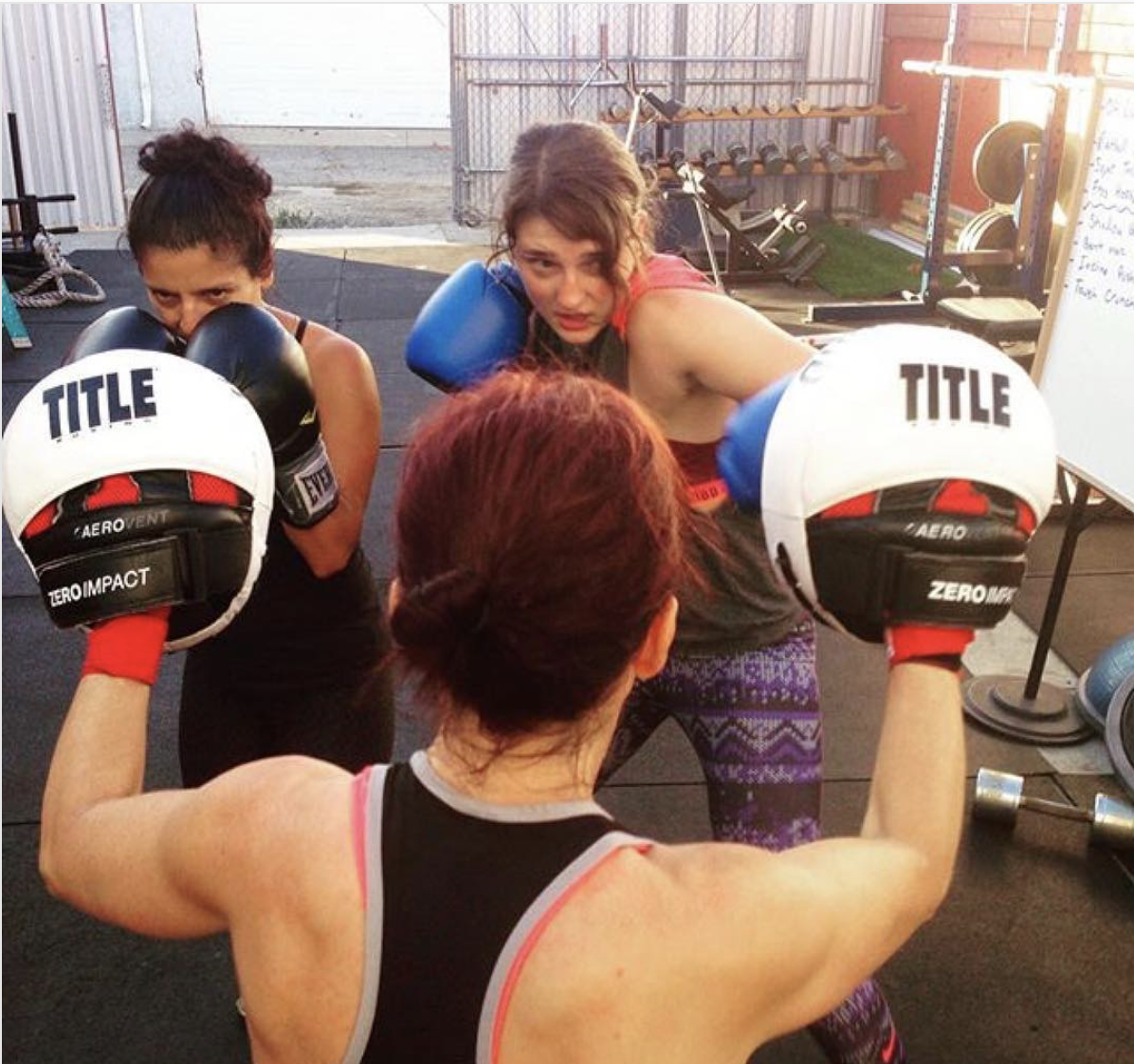