Meet Jett Galindo of The Bakery 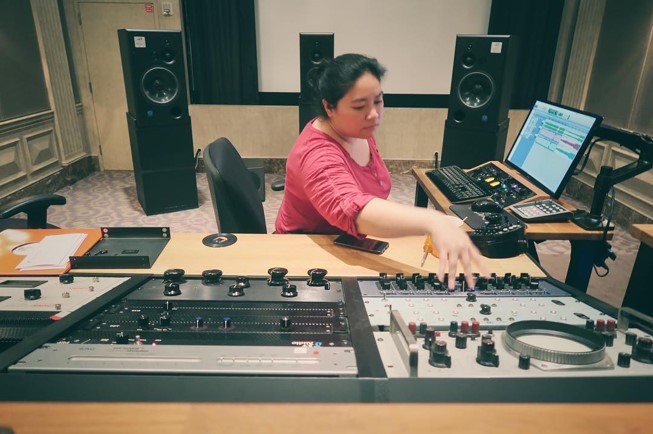 Today we’d like to introduce you to Jett Galindo.

So, before we jump into specific questions about the business, why don’t you give us some details about you and your story.
I’m a music mastering engineer at The Bakery, located on the Sony Pictures Lot. I also cut vinyl records.

Women audio engineers are a rarity, comprising only 3% of the overall demographic of audio engineers here in the US (http://recordingacademy.com/womeninthemix). So it was definitely a journey getting to this point for me.

I was born and raised in the Philippines by a family of musicians. My parents run a music management business, training and managing local cover bands. One of the bands ended up with a record deal, eventually turning into a national success in the Philippines.

Regardless of my parents’ success, they didn’t encourage the pursuit of a career in music because they knew the risks that were involved. Their only request is that I finish with a college degree that’s non-music related so I pursued a degree in AB Psychology at the Ateneo de Manila University in the Philippines.

That didn’t stop me however from being raised to be well-versed in technology. My dad encouraged me to tinker with computers, learn graphics design, web development, etc. As I was working on my Psychology degree, I joined the university choral group, the Ateneo College Glee Club.

I was able to go on a 2-month US tour with the choir back in 2004. This was a momentous turning point because it was then that I discovered a career that allowed me to combine my love for technology and music–audio engineering. From there, I became laser-focused towards pursuing that career path.

Since there was no audio engineering degree in the Philippines, my goal was to prepare enough to get into the Berklee College of Music’s Music Production and Engineering program in Boston, MA. Wanting to get immersed in as much tech as I could, I applied for a job teaching multimedia classes to priests, nuns, and others pastoral workers for a non-profit organization.

Coincidentally, the non-profit also ran a recording studio, and they were in need of interns. From then on, I became the recording studio intern, eventually becoming their in-house sound engineer. In 2009, I started my studies in Berklee College of Music, absorbing as much as I can, and volunteering for many audio engineering opportunities as I could.

My goal then as an international student was to keep building my portfolio and keep expanding my network. Being in Berklee College of Music opened my eyes (and ears) to so much diversity in music that I yearned to work with as much musicians as I could. I engineered for various ensembles ranging from musical theater and opera to contemporary Indian music, just to name a few.

I even took a class on Flamenco Recording Techniques. It was an awesome time. After graduating in 2012, I began an internship at Avatar Studios in New York (now known as the Power Station). From there, I met Jerry Barnes who eventually became my boss and, still to this day, mentor and friend. Jerry ran his own production studio in Avatar. He is also the renowned bassist of Chic and Nile Rodgers.

While working as his full-time engineer, I was fortunate enough to work with artists such as Nile Rodgers and Roberta Flack. I thought I was meant to stay in NY. But then word got out that the famed Doug Sax of the Mastering Lab in California was in search of the next mastering engineer to hire as his right-hand man for the studio. I was encouraged to apply by Berklee College of Music’s mastering professor Jonathan Wyner.

So I applied, got shortlisted for the position, and eventually got chosen for the job. I packed my bags to start my future with The Mastering Lab. That led me to my journey to becoming a full time mastering engineer and vinyl cutter. I was fortunate enough to have been trained by Doug Sax (the grandfather of modern-day mastering) in the art of mastering and vinyl cutting.

When he passed away in 2015, it was my mission to continue on his legacy. In that same year, I joined senior mastering engineer of the Mastering Lab Eric Boulanger when he decided to open a new mastering studio here on the Sony Pictures Lot. The rest, as they say, is history.

Overall, has it been relatively smooth? If not, what were some of the struggles along the way?
There was definitely a challenge in every step of my career. Being a woman had its unique set of challenges in the sound engineering world. For example, when I was chosen to intern at the non-profit recording studio in the Philippines, the senior sound engineer found out at the last minute that “Jett Galindo” was actually a woman (he didn’t want to train a woman). It was too late for him to decline the training so I had to push extra harder than my fellow intern to prove that I was worthy of being there.

The other challenge which was particularly harder for me and certainly for many of my peers is the road towards securing the privilege of working & staying here in the US. I was fortunate enough to have a lot of solid support through my journey (my school, my mentors Jerry Barnes and Doug Sax, my coworkers, friends and loved ones). This also encouraged me to push extra hard to excel in my field of expertise.

The Bakery – what should we know? What do you guys do best? What sets you apart from the competition?
I belong in a small team of four that runs The Bakery–a mastering studio located inside the Sony Pictures Lot. We are composed of three mastering engineers and one studio manager. Mastering engineers are in charge of the last step in the world of music production/engineering.

After music has been produced, recorded and mixed, the music gets sent to a mastering studio for final creative and technical adjustments. Our work entails nuanced, surgical sonic adjustments with the end goal of making a record sound the best that it could be in commercial playback systems. The sonic adjustments can include EQ (equalizing audio frequencies), compression, limiting, and other nuanced audio processing.

We are also known for our vinyl cutting. We are one of the few vinyl cutting facilities in the world that can cut at half-speed (which results in better-sounding records). And because of our boss’ electrical engineering background, a lot of technology has been put into our vinyl cutting process (our vinyl machine communicates with the computer and back!).

I take pride in our mastering studio’s ethos. Having been trained by Doug Sax, we abide by the philosophy that less is more. If it sounds good, don’t “fix” it. It unexpectedly takes a lot of discipline, humility, and maturity to abide by this mindset as a mastering engineer. And I’m fortunate enough to have been trained by Doug Sax himself to listen for these subtleties. The same discipline goes for cutting vinyl records.

What is “success” or “successful” for you?
One way of seeing success for me is reaching the point of daily joy and contentment as you live out your passions while being able to sustain yourself in the long-term. People have different definitions of success, but I find this to be an important marker, especially in an industry that’s defined by a lot of music charts, award-giving bodies, streaming counts, etc.

I’m at a point in my career where there is still a lot to look forward to. Like many people working in the music industry, I yearn for the moment my name gets called in a major award nomination/win, be one of the first names all artists, producers, and engineers think of as their go-to mastering engineer, perhaps run my own facility down the road, own a Tesla (can’t resist putting that in), etc. But I’m in no rush to get to any of those milestones.

I feel INCREDIBLY fortunate to be working with talented artists, producers, and engineers on a daily basis. I will never get tired of seeing my clients’ joy as they hear their music be brought to it’s final mastered potential. I’m humbled and grateful to be a part of this creative process. And last but not the least, to be able to do these while keeping myself financially stable and mature I think is a whole nother level of contentment. That is my success, and I’ll never lose sight of the gratitude. 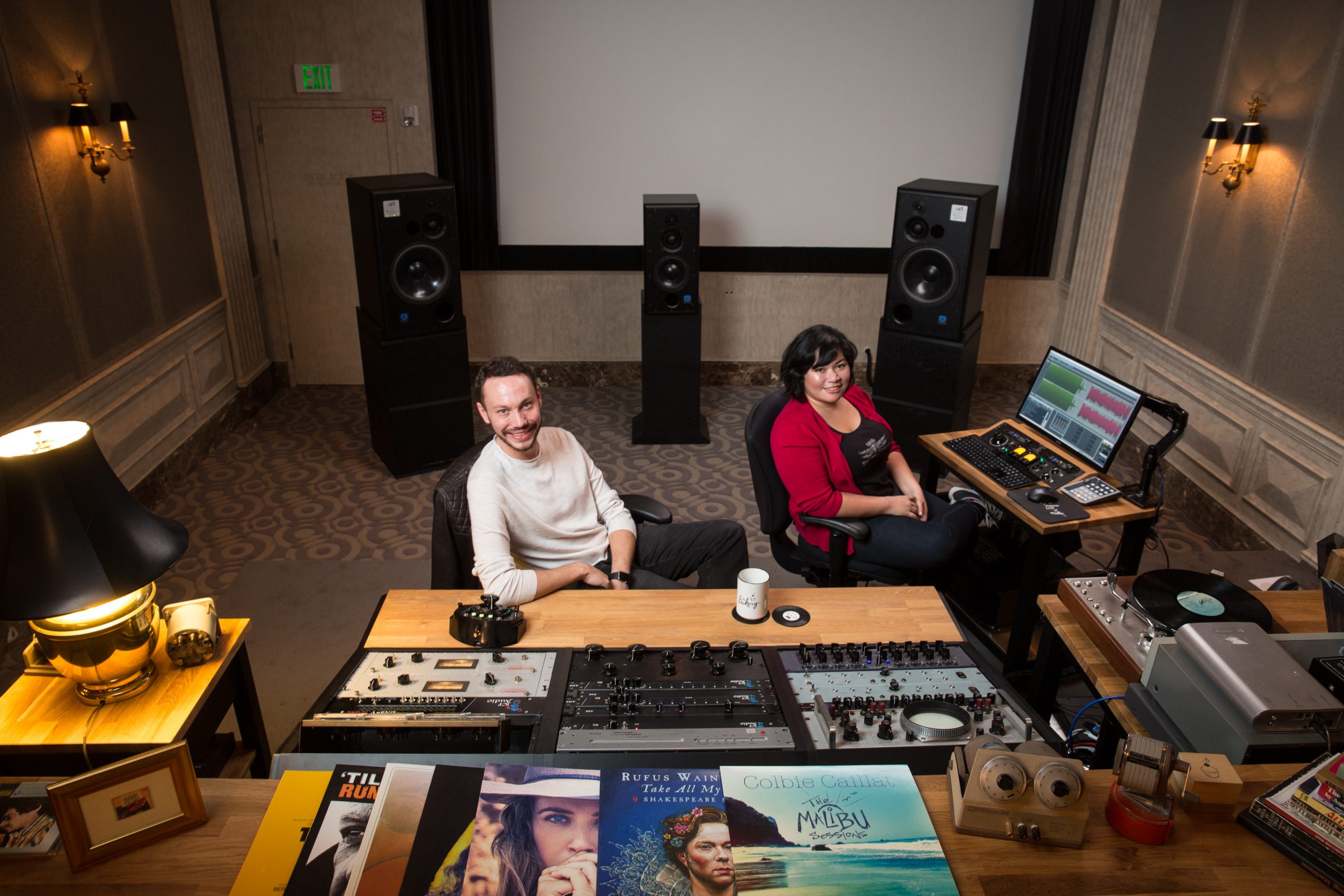 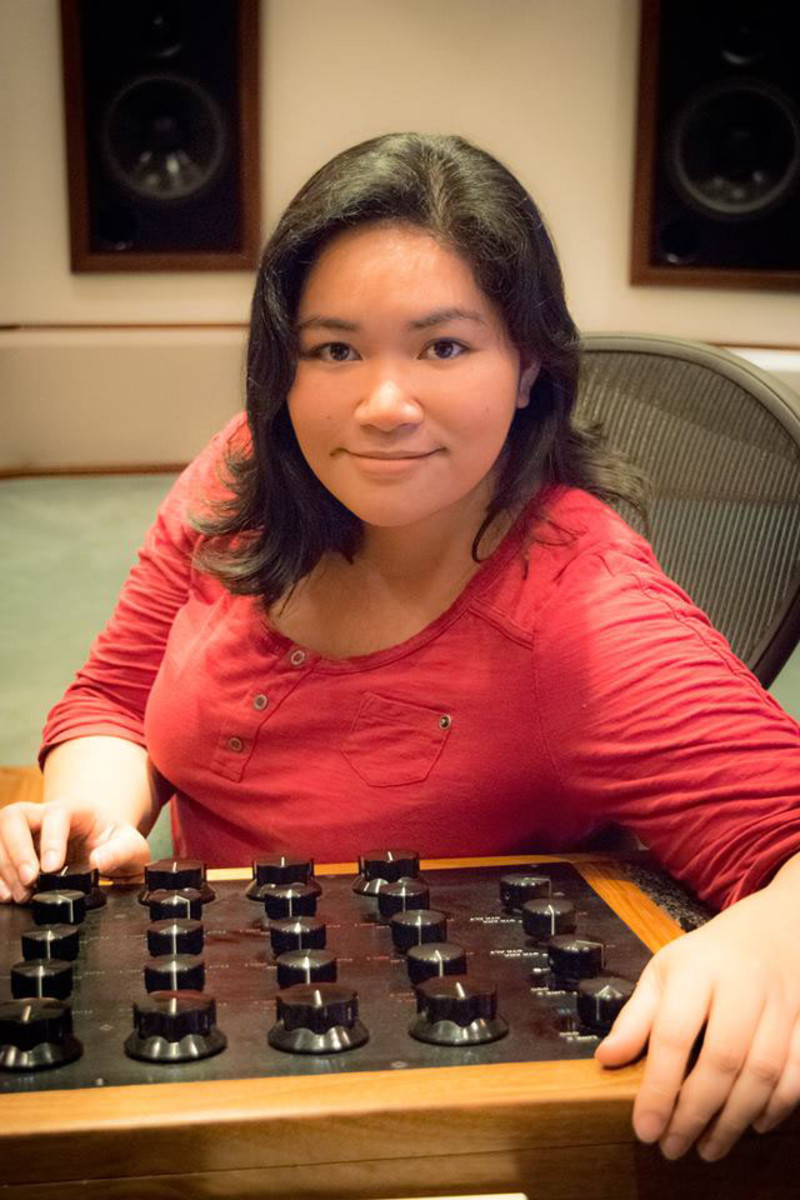 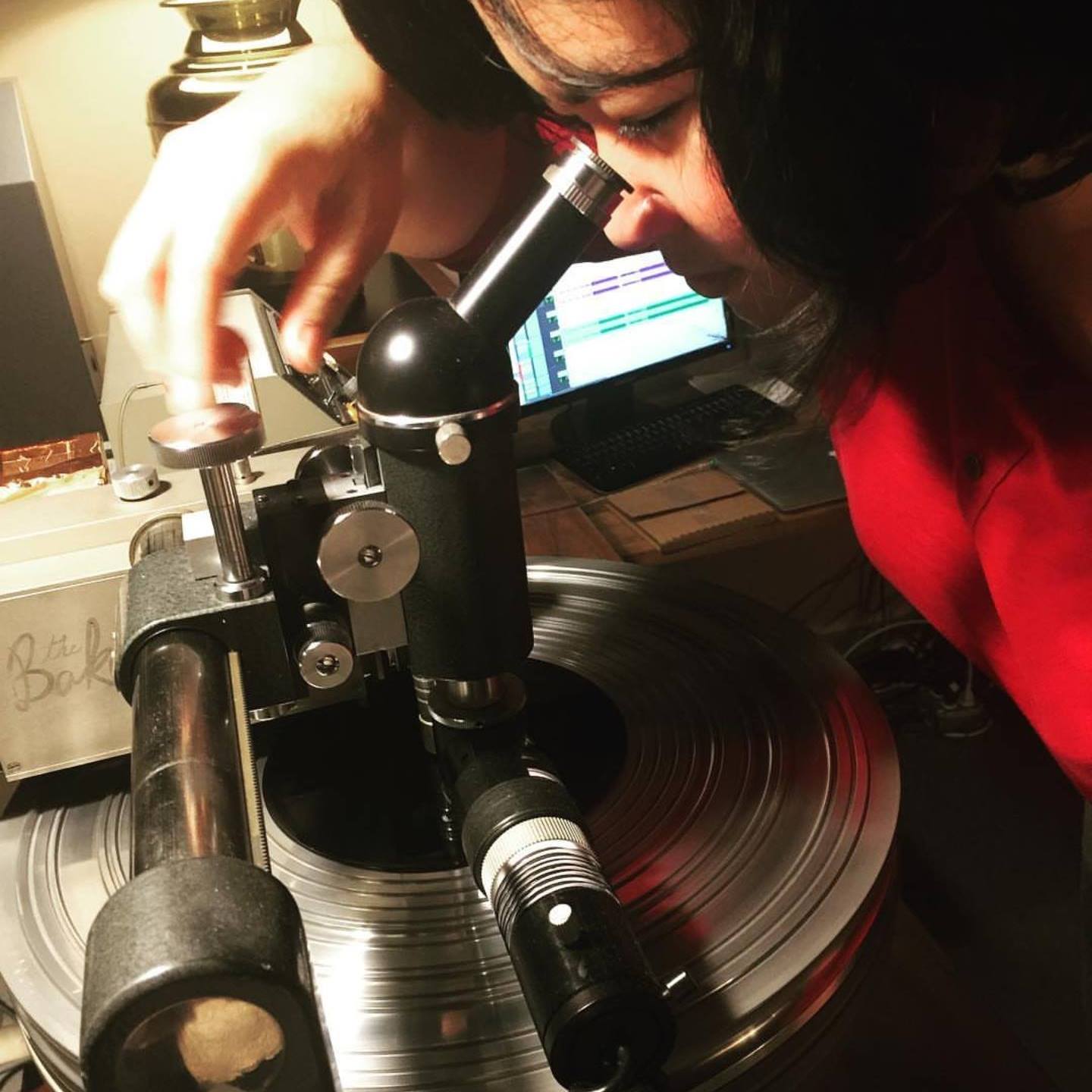 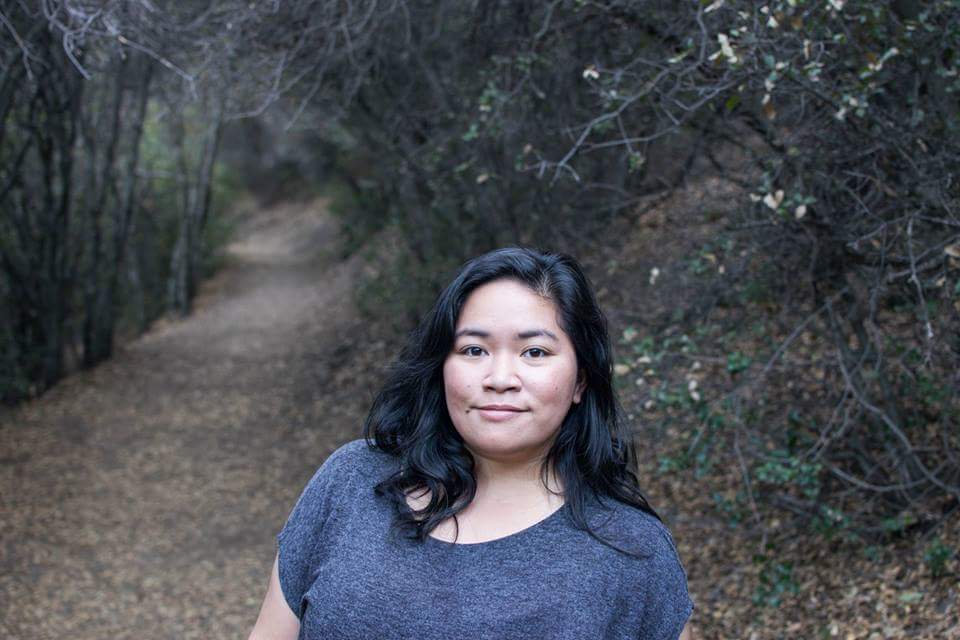 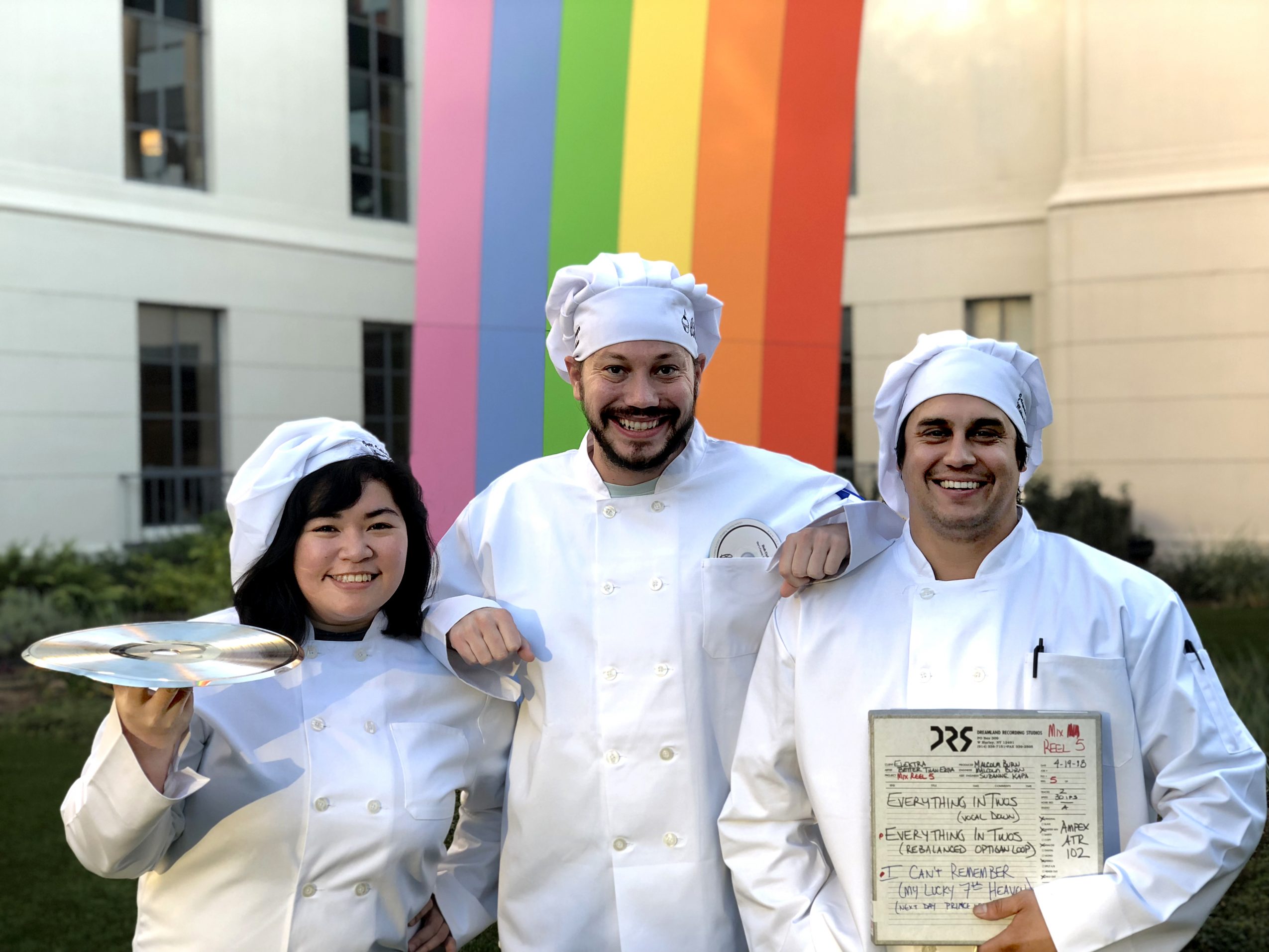