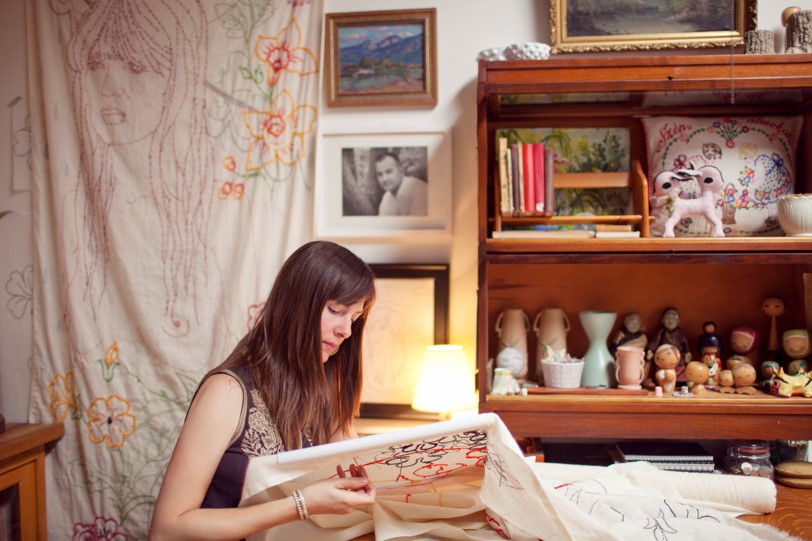 Today we’d like to introduce you to Jenny Hart.

Jenny, please share your story with us.
I began embroidering in the summer of 2000 as an experiment for my artwork. I didn’t know how to do it at all, and I didn’t know anyone who could show me, except my mother. At the time, only die-hard cross-stitchers still worked in embroidery as a hobby.

It was not at all a popular hand craft then and definitely not considered a medium for fine art. For years, hand embroidery was my “one day I’m going to learn how to do that because I have something I want to try with it”. I wanted to make large portraits as wall hangings. I thought it would be so amazing to take the same kind of embroidery I saw on my grandmother’s pillowcases and tea towels to make elaborate portraits in embroidery using the same techniques and materials but as works of art.

As soon as I started embroidering, I became obsessed with it and was embroidering for several hours every day, creating a large body of embroidered portraits and I was also quickly getting a lot of attention for the work and commercial and private commissions. Then, I started thinking about creating a design company for contemporary embroidery with alternative designs. The only iron on patterns you could get for embroidery were bunnies in pinafores, barnyard animals… the designs made you think that embroidery had to look like that, which made people like me not interested in it.

But I started thinking of it as a medium that I could apply to my own work, in any way I wanted and I wanted to provide that alternative inspiration to others through a design company. Really, the mission of Sublime Stitching for me was simple: to create the business I wish existed when I was curious about hand embroidery. One that had embroidery designs I found compelling and inspiring, and the tools and educational resources that made it accessible and entertaining.

I started off with one kit and four pattern themes and kept adding and adding more to my catalog of original embroidery designs and working with artists whose work I loved and thought would look amazing as embroidery. I started off in Austin, Texas where I was for eleven years and then moved to Los Angles in 2010. I still independently own and operate the company, and there are three of us running it. Sublime Stitching now has about 300 SKUs, and more than two-thirds are products I’ve exclusively developed and manufacture for contemporary hand embroidery.

Bio:
Jenny is a Los Angeles-based fine artist and embroidery designer. In 2001 she independently launched the contemporary embroidery design company Sublime Stitching, offering modern embroidery patterns, updated educational resources, innovative tools, threads and textiles. Since then, Jenny has become an internationally recognized fine artist and designer. She is an award-winning author of seven titles for Chronicle Books including Embroidered Effects and has undertaken commercial projects for clients including Penguin Books (UK), ESPN, MTV, Converse, The Washington Post and others.

Her works have been exhibited and published internationally and are included in public and private collections of note, including Maya Rudolph, Tracey Ullman, Richard Simmons, Debbie Reynolds, Carrie Fisher, the estate of Elizabeth Taylor and the permanent collection of the Smithsonian American Art Museum, Renwick Gallery. She has appeared on national and international television, interviewed on Martha Stewart Radio, and her work has appeared in countless magazines including Vogue, FLOW, Uppercase, Rolling Stone, Nylon, Spin, The Face, Juxtapoz, The New York Times Magazine and the cover of The Washington Post Magazine.

Her work has been noted in multiple art books of cultural surveys, including the cover of Indie Craft (Laurence King Publishing) and most recently in The Graphic Art of the Underground: A Countercultural History (Bloomsbury). Her work has been included in group gallery and museum shows alongside artists Alighiero Boetti, John Baldessari and Laura Owens, and she has undertaken collaborations with Mark Allen and developed experimental embroidery workshops in Los Angeles with Machine Project, the Craft and Folk Art Museum and the Fowler Museum at UCLA.

In addition to running Sublime Stitching and her studio work, she teaches in and around Los Angeles, after previously teaching embroidery across the country during a decade of near-constant travel to give talks, workshops, participate in discussion panels and retreats. In 2013 she conceived a series of workshops called Embroidering in Architecture to allow participants the opportunity to sit and embroider in an architecturally significant and inspiring setting. Locations have included Neutra’s VDL house in Silverlake, Greene and Greene’s Gamble House in Pasadena and the Boddy Mansion at Descanso Gardens.

In 2013, American Art Museum curator Nicholas Bell stated in the 40 Under 40 exhibition catalog: “Embroidery in the United States is unexpectedly in revival due in large part to the efforts of Jenny Hart.” In 2015 she was commissioned by The Metropolitan Museum of Art to design embroidery patterns based on works from the Met’s archives for the exhibition Fashion and Virtue.

In 2017 she was commissioned to design a capsule collection of embroidered jeans for AGOLDE (Citizens of Humanity brand) as an exclusive for Rose Bud, Tokyo. The collection was launched in August of 2017 along with a solo exhibition of Hart’s work at Rose Bud’s salon space in Shibuya, Tokyo. Jenny divides her time between her private art studio in Newhall, California and Sublime Stitching’s office in Los Angeles.

Overall, has it been relatively smooth? If not, what were some of the struggles along the way?
It’s been both. The smooth part was that I began doing this work right at a time when a lot of other people my age were starting businesses around alternative crafts and illustration and becoming makers. We were all discovering each other online. Once my work was out there, the response was overwhelming to me. That part all fell together and it really was a magical time of a very strong, very passionate and supportive nation-wide community that lasted for many years and continues today.

The struggles at the beginning had a lot to do with the fact that there was no model for what I wanted to do and no structure to work from. There was no Etsy, no Shopify, no Renegade Craft Fairs, no Instagram. I was hand-coding my own website, cold-calling manufacturers, doing print advertising in any zine I could afford, mailing product samples to magazine editors with and cobbling everything together myself to produce and assemble these products.

Also as a woman, a lot of the people I needed to deal with were older men with established manufacturing businesses who didn’t take me seriously at all. I still encounter that today, even though I tell them I’ve been in business since 2001.

Manufacturing is a huge struggle as it is, but to have that added to it makes it nearly impossible at times. I just wouldn’t give up until I’d find the right people to work with, and I have some vendors I’ve worked with for fifteen years as a result.

I also develop specialized tools for embroidery, like Fine Tip Transfer Pens (if you’re an embroiderer you know why this is a big deal), custom textiles, and updated educational resources for hand embroidery. I have a range of embroidery floss called “Sublime Floss” which is an extra long staple, 100% Egyptian cotton floss in my favorite color combinations (with goofy names and hidden messages on the paper bands).

What are you most proud of as a company?
Getting people who never touched a needle and thread excited about embroidery and providing them with the tools and information they need to make something they’re proud of.

What sets you apart from others?
Well, Sublime Stitching was a first in many ways, but also part of a long tradition of re-imagining and re-inventing embroidery. If you go back even to the beginning of the 20th century, you can find Victorian women’s activity books touting “modern designs in embroidery” with the latest themes and motifs. When I started, there hadn’t been a true re-imagining or embroidery renaissance for 30 or 40 years, and it was simply time for it to happen again.

What role has luck (good luck or bad luck) played in your life and business?
Well, I really believe we all make our own luck. But, there’s no denying that there was a cultural zeitgeist happening at the same time I became obsessed with hand embroidery. I feel very, very lucky to have been a part of that and to have made the friends I have through that shared experience. Honestly, that sense of excitement is still with me today. 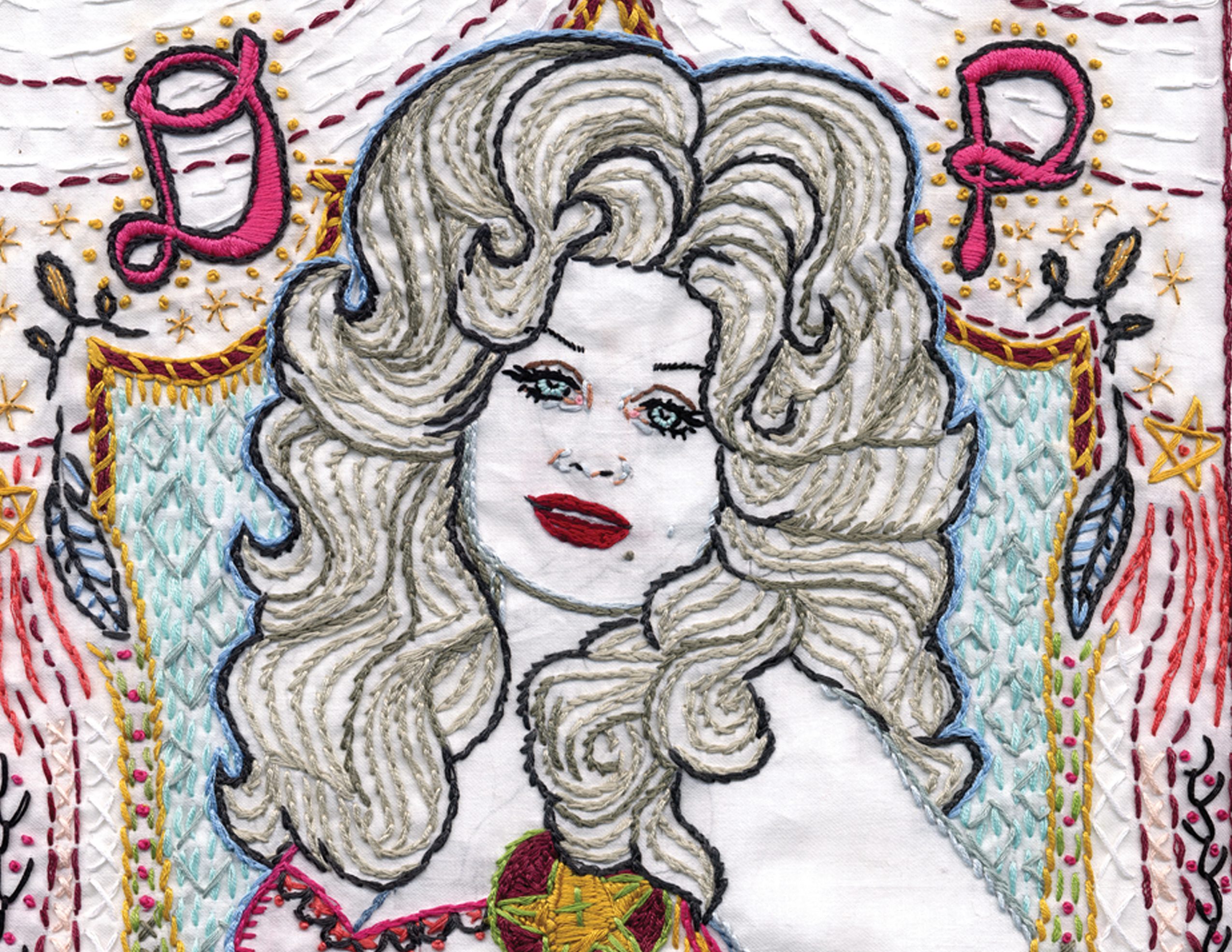 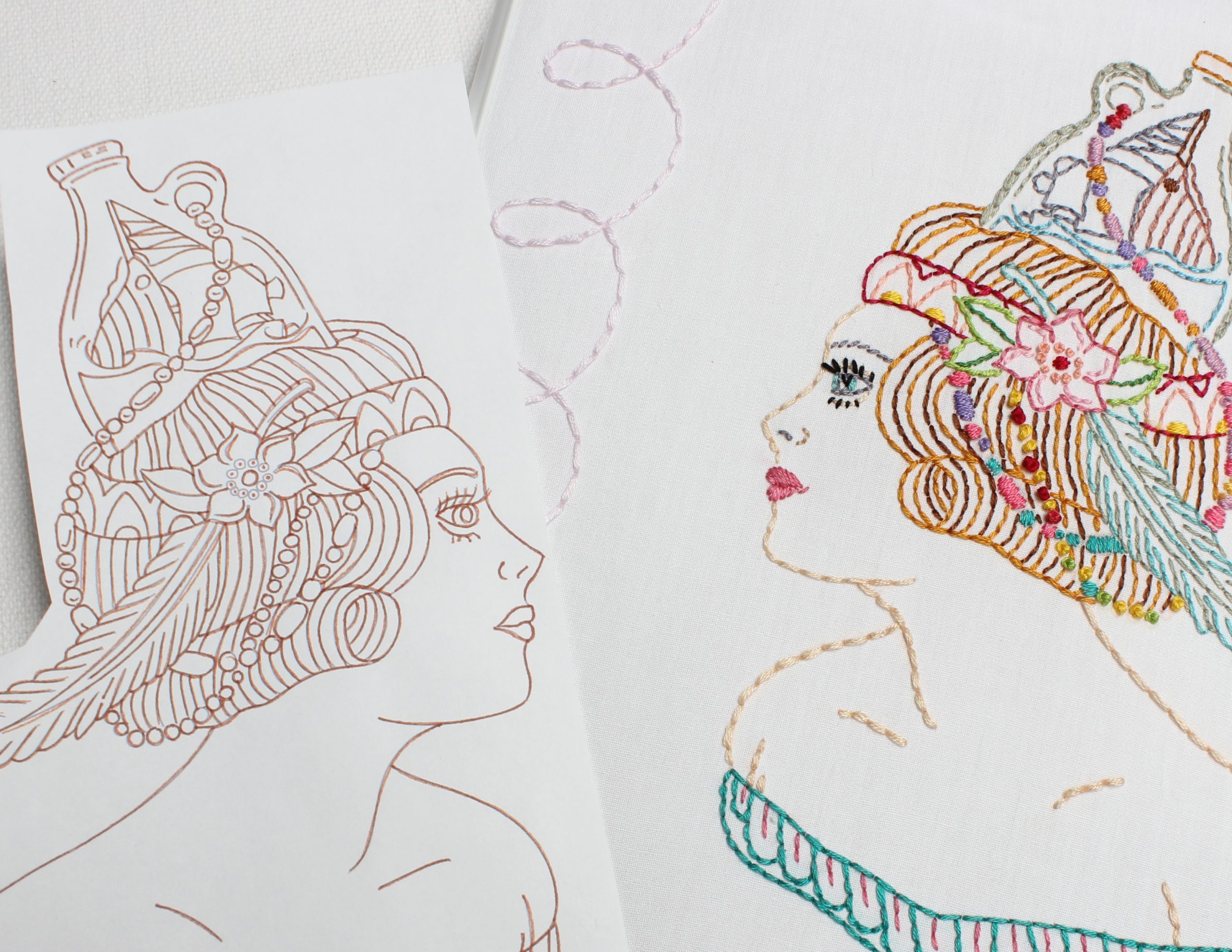 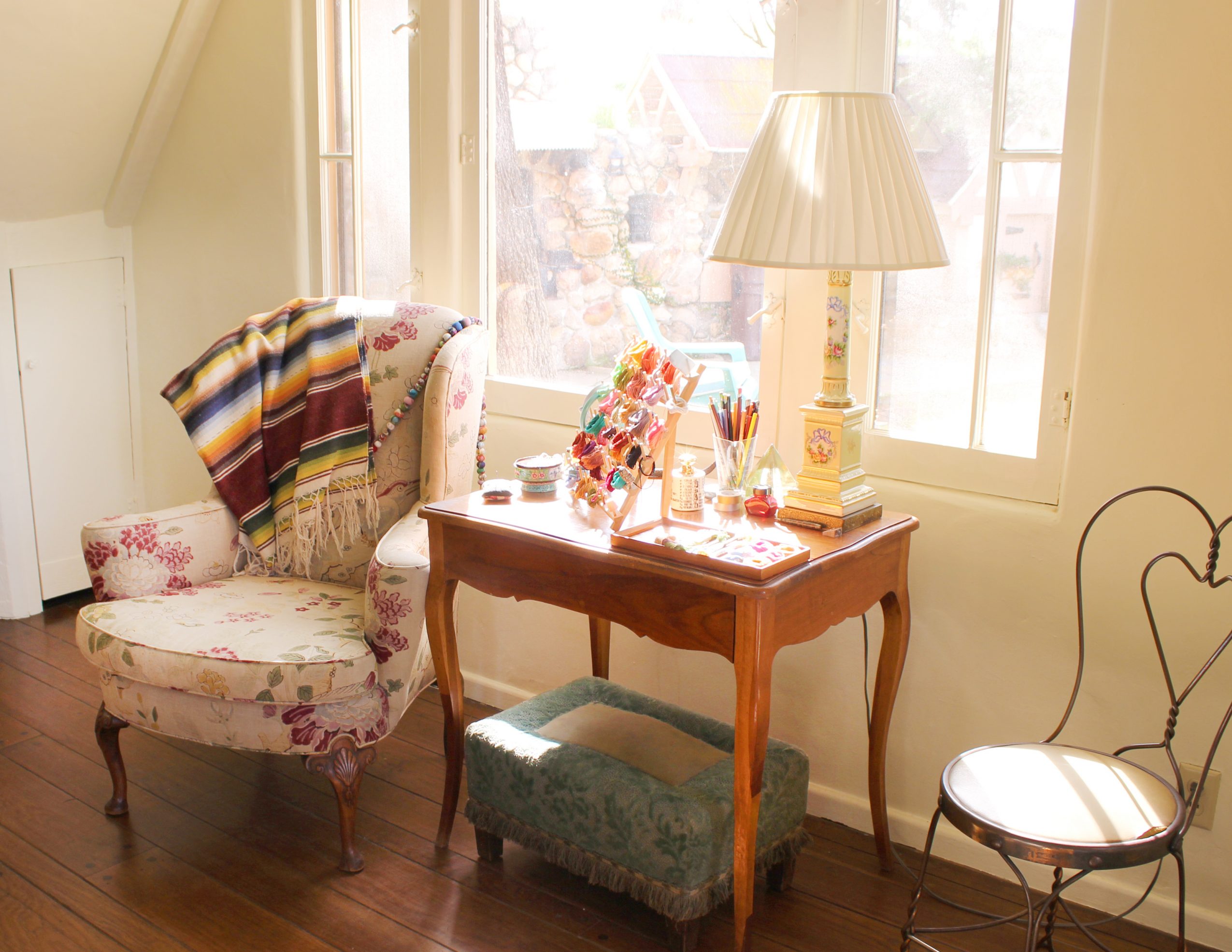 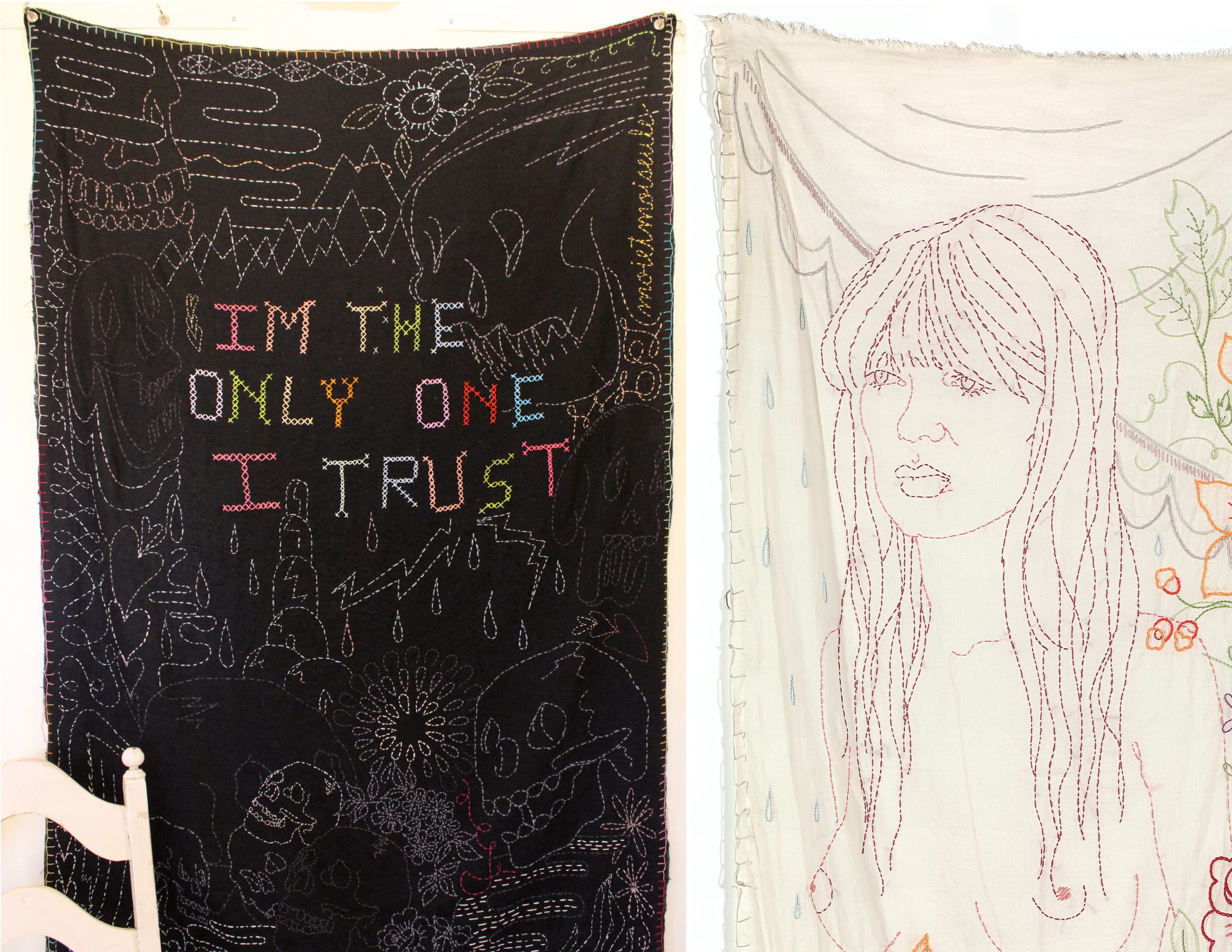 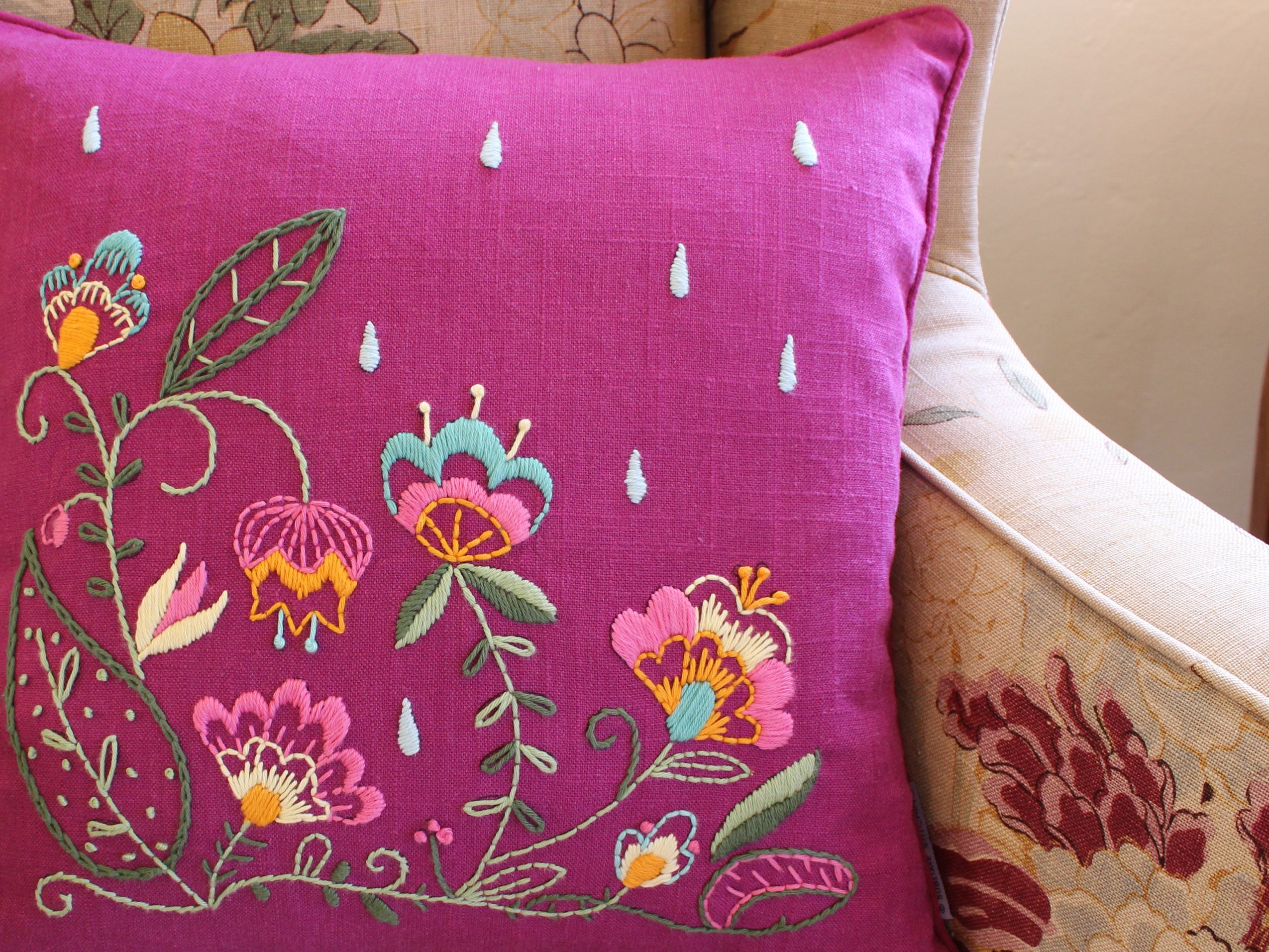 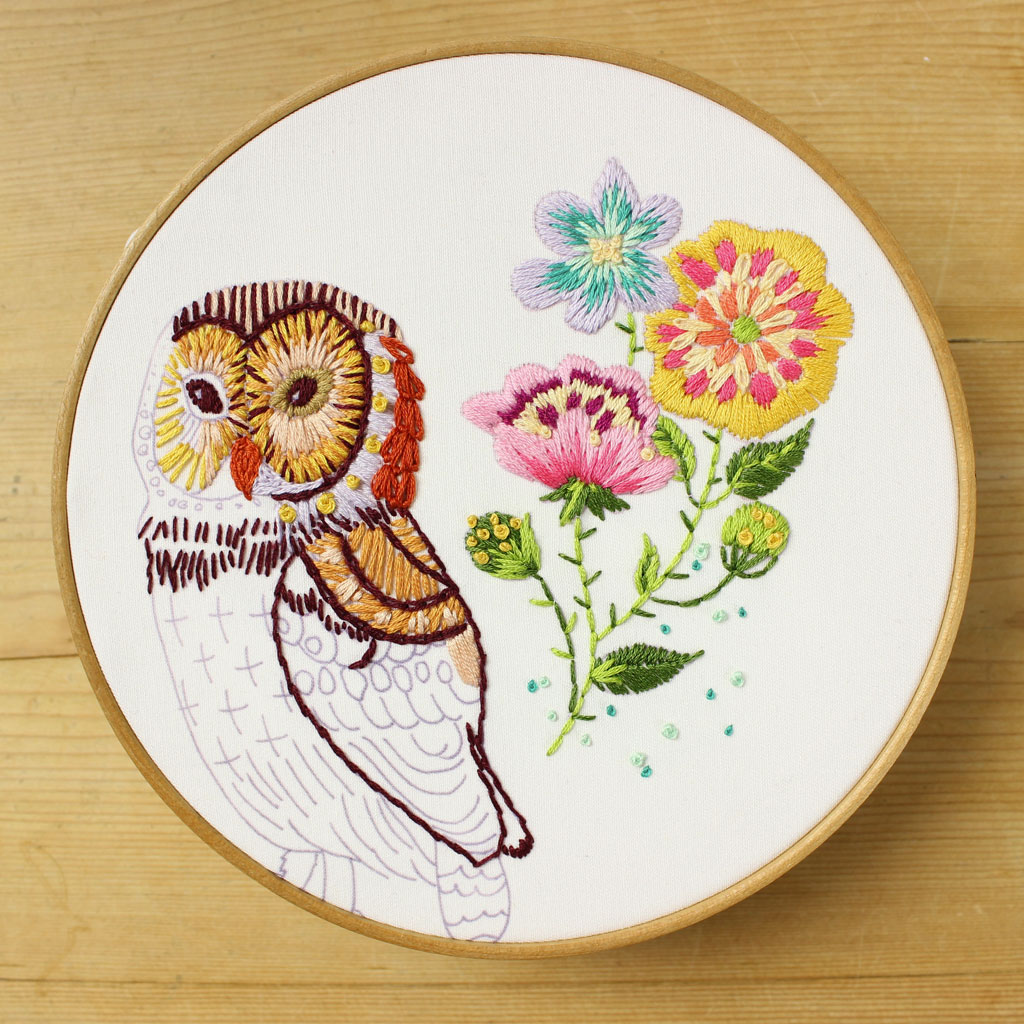 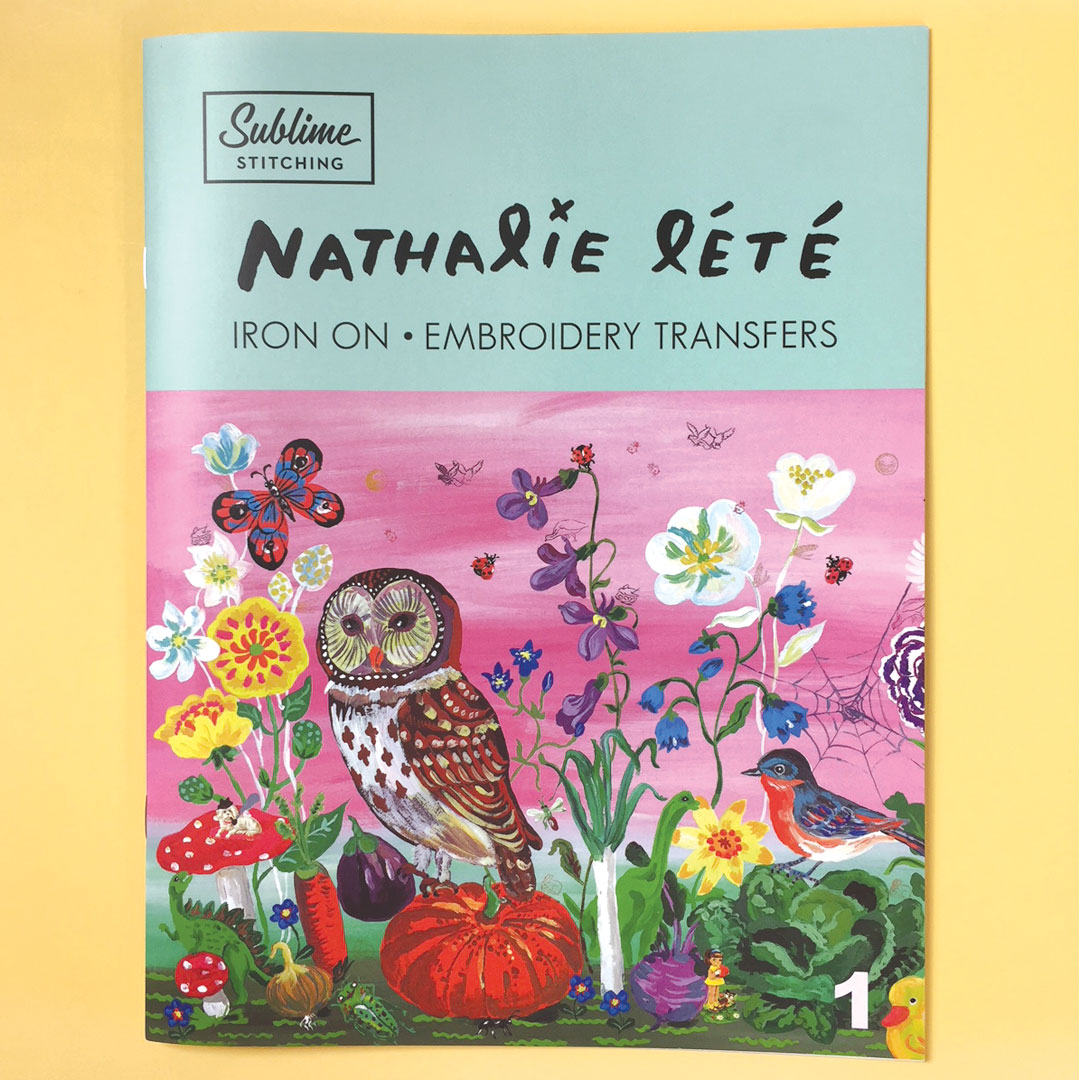