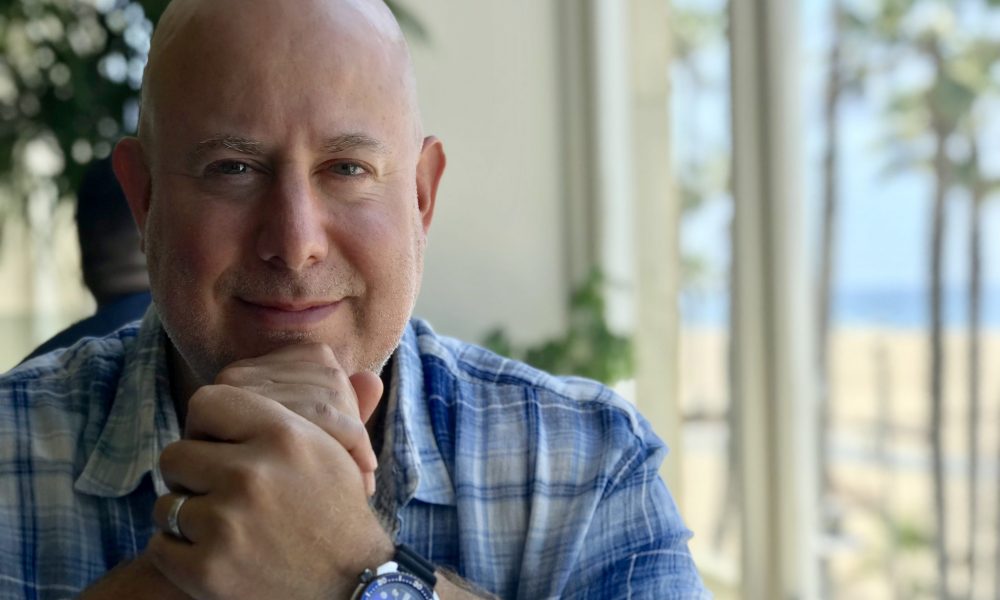 Today we’d like to introduce you to Jeffrey Shore.

Jeffrey, please share your story with us. How did you get to where you are today?
In 2004, my father, who was my best friend, passed away at age 64. He grew up poor in Philadelphia where his family lived above the tire shop his father owned. His entrepreneurial spirit led him to create a company that taught people how to drive tractor-trailers, and that company was eventually listed on the New York Stock Exchange.

In 2006, at the age of 36, I found myself working in Corporate Affairs at one of the world’s largest media companies. I was single, unhappy, and close to 300 pounds. Through a chance informal meeting with a guy in Chicago who owned a successful promotional products company, I met the developer who pioneered the creation of commercial strip centers throughout Los Angeles. That developer put me in touch with the Broker who ran their Valley office.

I can remember walking up the stairs for my interview in my size 56 sport jacket, drenched with sweat. Somehow, an hour later, I walked out as the new administrative assistant. The only reason I took the job was because I found out most of the agents left the office in the middle of the day to do yoga, run and box. I didn’t know anything about real estate…I never had a desire to be in real estate…but this was something I needed to be a part of.

Something must have clicked, because within three months I had earned my sales license and slowly began assisting the Broker on his deals while simultaneously running the office. I too began leaving the office in the middle of the day to do yoga, to box, and even surf.

Within a year I had lost almost 120 pounds and moved with the Broker over to his real estate startup, all during the downturn in the market. I helped build this new company from the ground up not only by running the office but by handling the marketing and advertising as well. We started with just five people. During the next eight years, we had grown to over 40 agents and I had closed over 200 deals.

My admin duties, however, were taking a toll, and I had become unhappy and unfulfilled. I was too comfortable with my salary and didn’t trust myself to excel further doing just commission work.

One of the senior agents at the company had been encouraging me for some time to leave the commercial leasing world behind and try my hand at residential sales. Selling a house seemed so foreign to me… I had spent almost a decade doing strip center leasing in the Valley, and now I was supposed to sell million-dollar homes? I resisted for quite a while.

During this time, my wife and I had a little girl. My wife is one of Los Angeles’ top behaviorists… she provides comprehensive parent training/coaching and shadow services for families with a child exhibiting challenging behaviors. She had always wanted to try starting her own company, and I encouraged her. The safety net of her regular paycheck would disappear, but I knew if she didn’t grab this opportunity she would regret it for the rest of her life. We struggled financially for a bit, as expected, but through hard work and perseverance, her business took off. My wife’s success became the impetus for me to also take the leap.

I met with the manager of Sotheby’s International Realty’s Pacific Palisades office in the summer of 2015, and I officially joined them on September 1, 2015. I found that I loved the interaction with people…I loved that no two days were alike…I loved that I was essentially my own boss, and I loved the time I could spend with my family. In short, I loved what I was doing, and it showed.

In my first year and a half at Sotheby’s International Realty, I sold, referred, and leased $13.3M in transactions, including setting a new price record in Pacific Palisades. Two years later, after earning my Broker’s license, I collectively closed over $35M in sales, referrals, and leases, and was honored with the distinction of becoming the #3 Sotheby’s agent in the Pacific Palisades, Santa Monica, and Venice brokerage offices, as well as the #18 Sotheby’s agent in all of Southern California. In addition, I was recognized by Philip White, President & CEO of Sotheby’s International Realty, as having the 2nd highest 2019 sale ($24M) in Southern California.

Great, so let’s dig a little deeper into the story – has it been an easy path overall and if not, what were the challenges you’ve had to overcome?
The road was anything but smooth. When I was doing commercial leasing, the listings were shared by the Broker, and there was never a shortage of work. The downside of that business model is that there was really no incentive for agents to go out and procure their own listings. When I arrived at Sotheby’s, it was just the opposite. I could either bring in my own listings, or not work. I tried everything. Door knocking over 500 homes every month for two years, email campaigns, postcards, running other agents’ open houses, anything and everything to get my name out there… it took some time, but I eventually developed a strategy to meet the right people, and over the past few years, that strategy has paid off.

Alright – so let’s talk business. What else should we know about your work?
I operate as a Broker Associate with Sotheby’s International Realty’s Pacific Palisades office. In a nutshell, I help people buy and sell real estate, be it residential or commercial. I am known as a powerful problem solver with extensive knowledge of real estate markets, and I’m as much at ease working with first-time homebuyers as I am with sophisticated and demanding owners of multi-million dollar properties. My innovative sales skills and creative marketing support my passion to bring people and deals together.

In January of 2018, I had dinner with an attorney friend of mine. As we were getting up to leave, he mentioned one of his clients was interested in purchasing a significant commercial property. Within a week I had sourced an off-market property, pitched it to the attorney, and soon found myself in Escrow on a $24 million property across the street from Sony Studios. I had assembled a team of sophisticated Brokers with extensive development experience, and over the next 15 months, we all worked hard at closing the deal, which became the 2nd highest Sotheby’s sale of 2019 in Southern California.

Do you look back particularly fondly on any memories from childhood?
In the late 1970’s my parents were separated, and my father lived at the Strand Motel on Boston Avenue in Atlantic City. I spent every weekend with my father at that motel, and the education I received was unlike anything I’ve ever experienced in my life. At nine years old I would wait for my father at the restaurant bar, and order cocktails for everyone. If you know about Atlantic City history, then you might recall the story about Steve Wynn walking into the Strand Motel one day, sitting down with the owner Manny Solomon, and 15 minutes later buying the motel for $8.5 million on a handshake. Steve later built the Golden Nugget at that site. I was there as a kid, I was around all of those characters in my childhood. It’s something that was so special…something I’ll never forget. 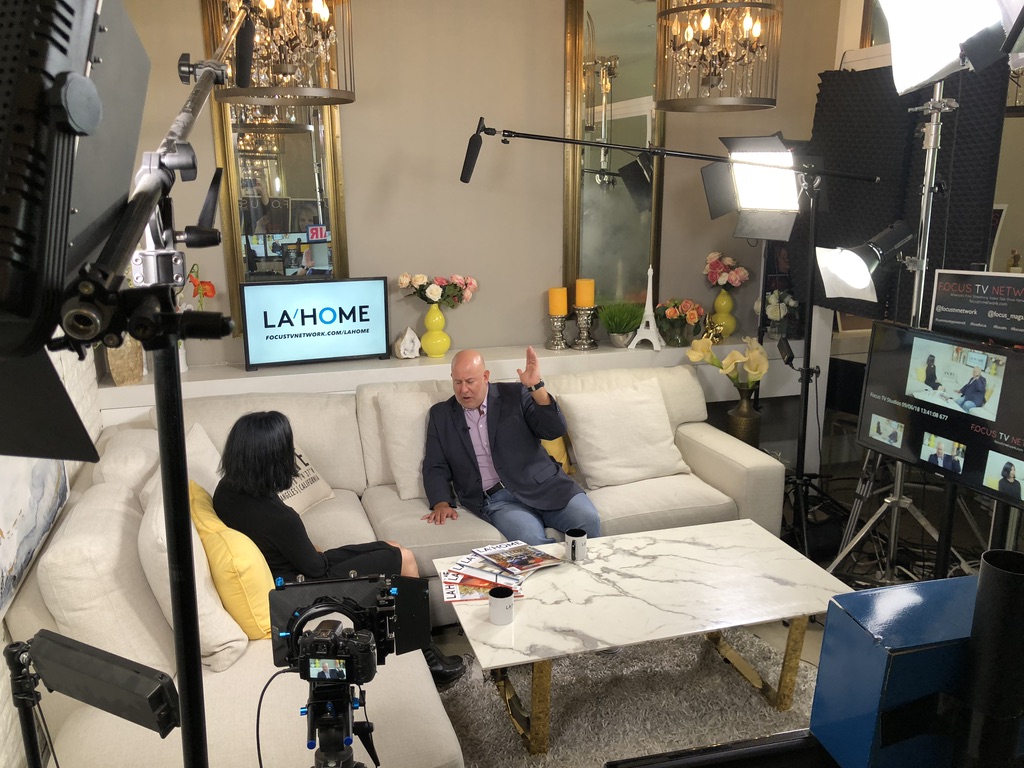 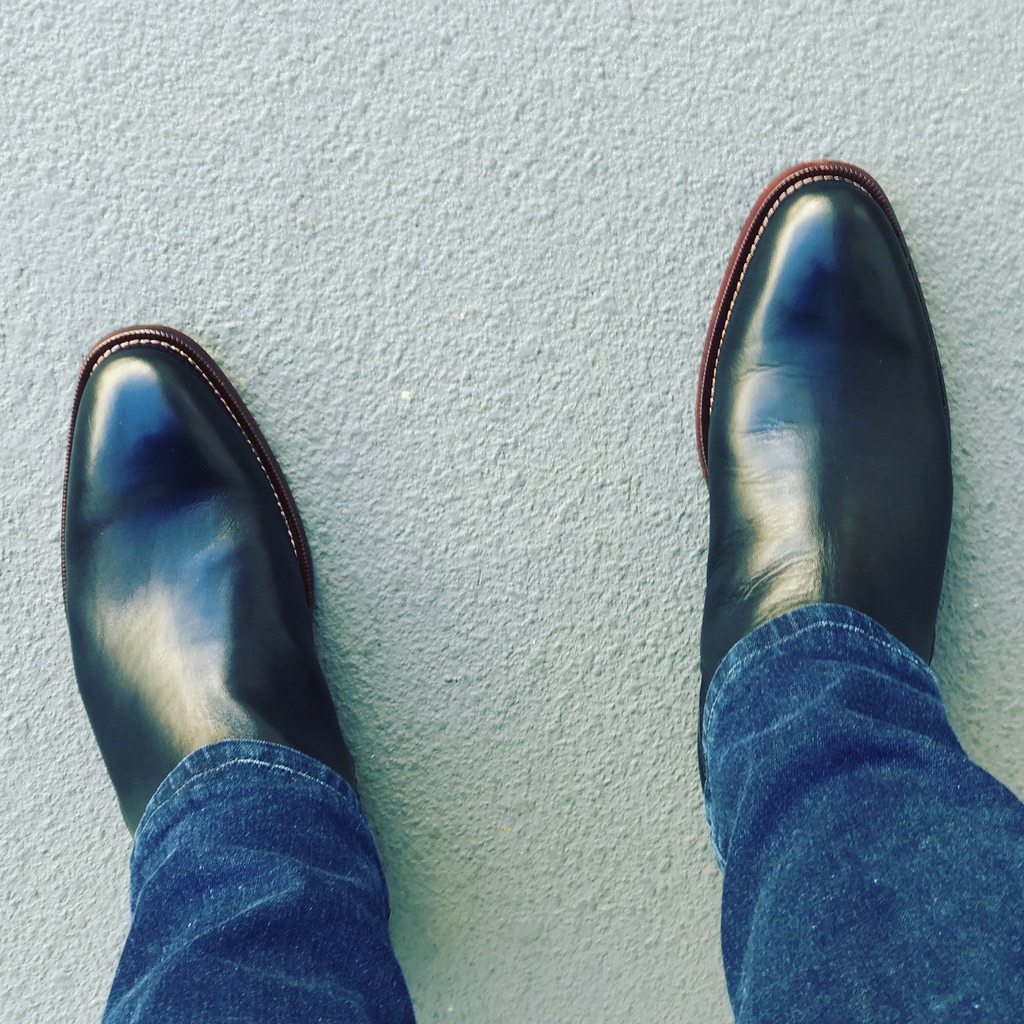 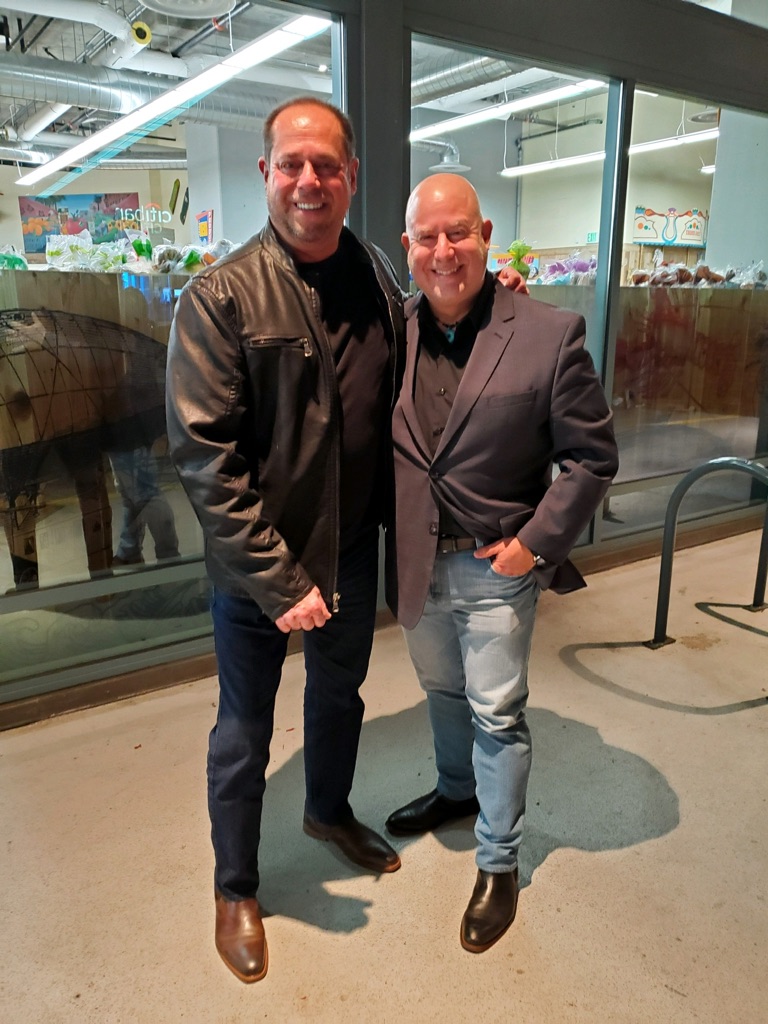 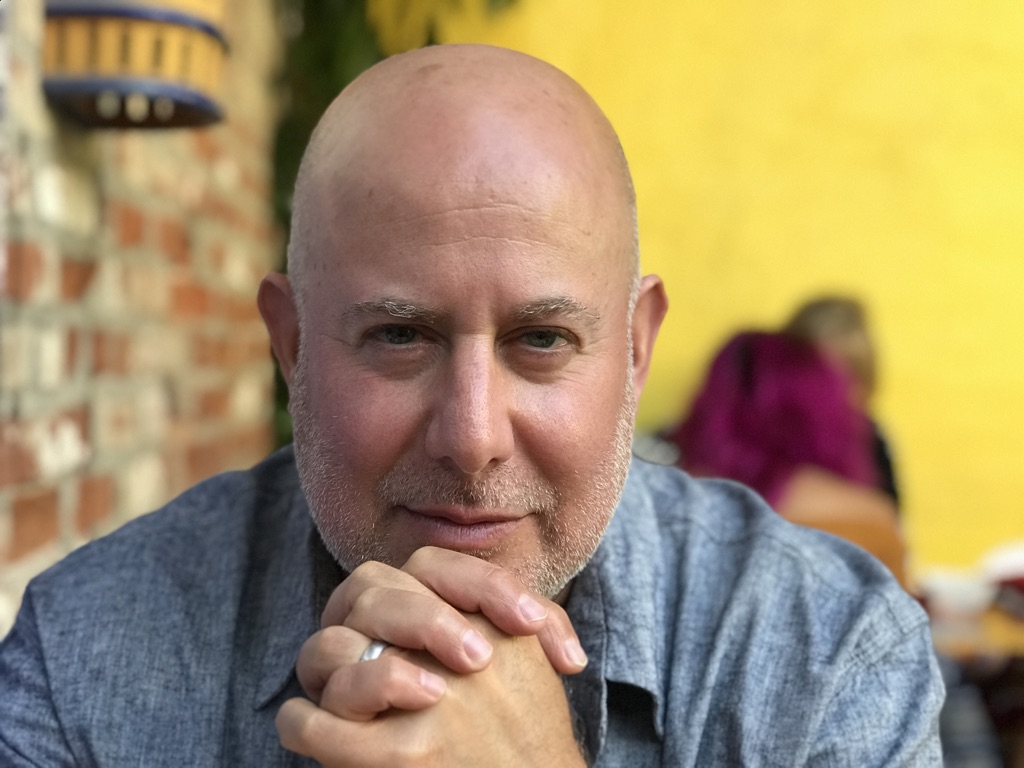 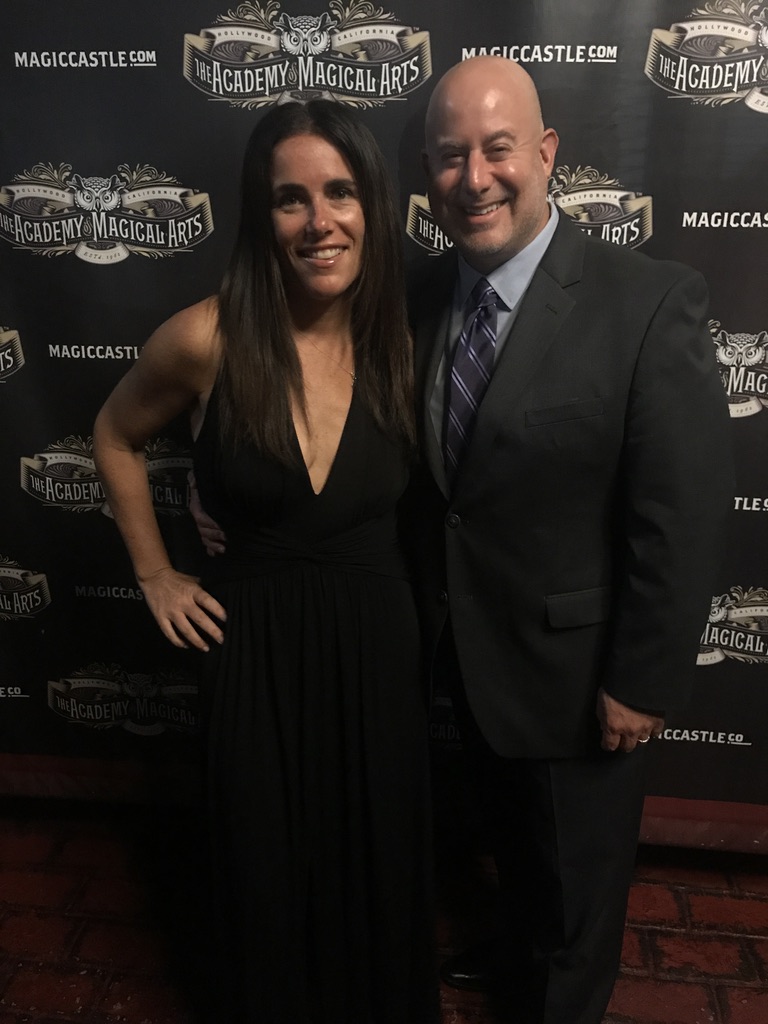 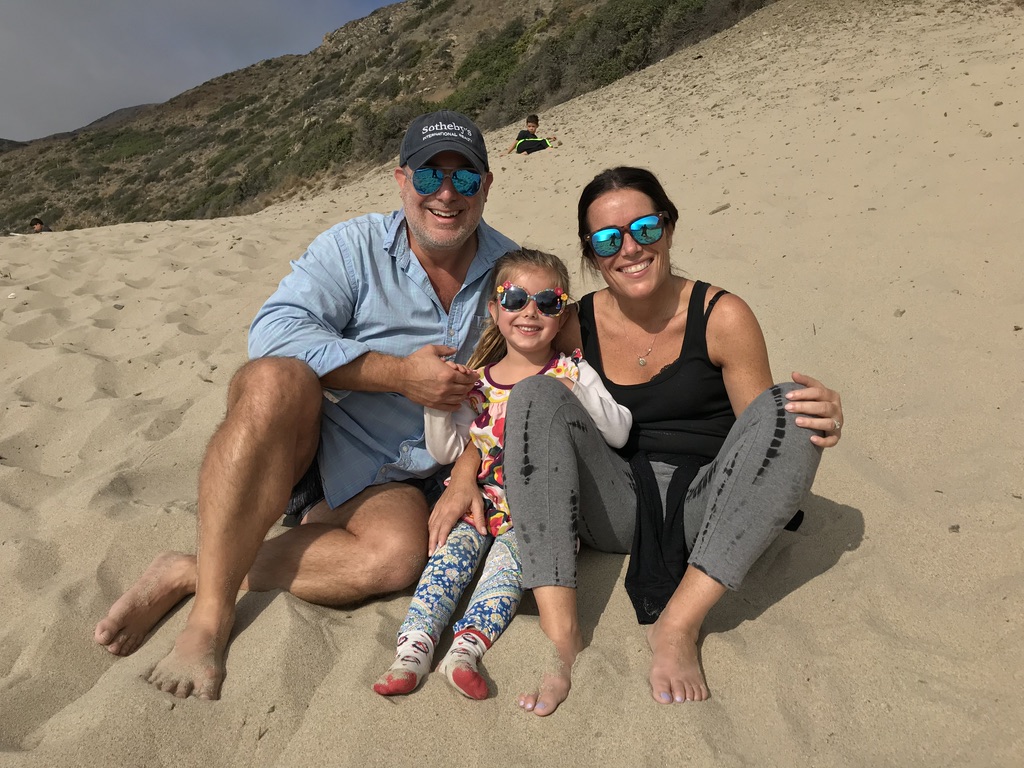