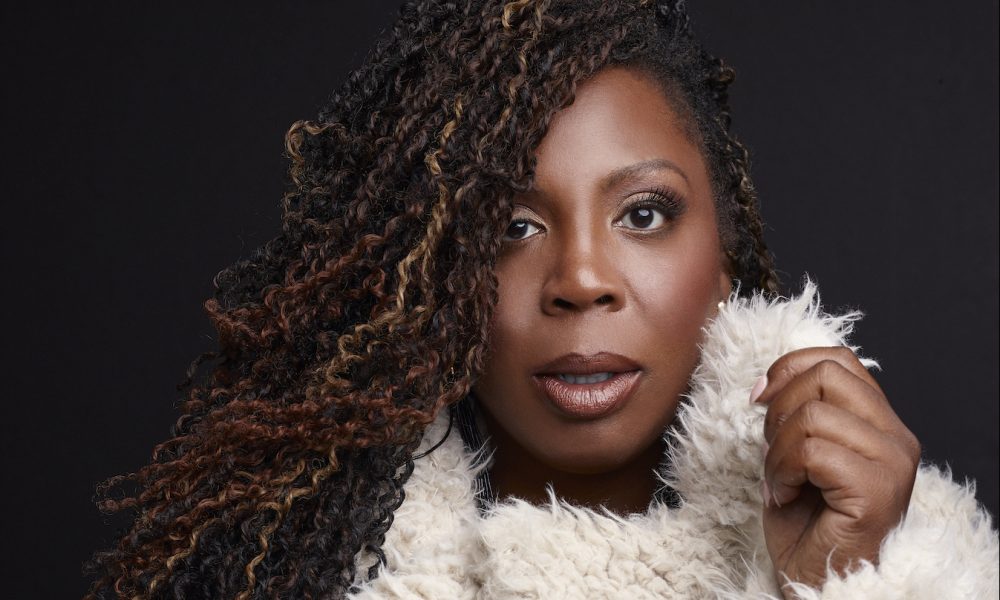 Today we’d like to introduce you to Jasmyne Cannick.

Jasmyne Cannick has been writing and speaking publicly since 2004 and she has no plans on stopping anytime soon.

She has developed a strong national following for her willingness to take on uncomfortable and hard to discuss issues around race, politics and society and tell it like it is. Jasmyne is known for bringing attention to stories that would have gone under-reported, overlooked, or just ignored.

She has won numerous awards for her op-eds and reporting and is a frequent on-air contributor. Her writings and commentary have been featured in newspapers from coast to coast and on websites including the award-winning Huff Post, L.A. Weekly, Advocate, Los Angeles Sentinel, Los Angeles Times, Los Angeles Daily News, and Ebony Magazine to name a few. Her television credits include CNN, Fox News, Dateline, Good Morning America, The Young Turks and more.

Among her many accolades, Jasmyne was named one of ESSENCE Magazine’s 25 Women Shaping the World, one of the Most Influential African-Americans in Los Angeles Under 40 and one of Los Angeles’ Most Fascinating Angelenos by the L.A. Weekly.

A forward thinker with the ability to tackle hard to address issues from an unapologetically Black point of view, Jasmyne continues to challenge and shape public opinion while encouraging civic engagement for positive social change and advocating for underrepresented and marginalized communities.

For nearly 15 years Jasmyne has worked at all levels of government including in the California State Assembly as a press secretary before reprising that role in the House of Representatives for a member of Congress. Locally, she’s worked for several city and county governments including five mayors.

Jasmyne continues to work on numerous local, state and federal candidate and ballot measure campaigns in California providing strategic communications including medial relations, public affairs and crisis communications. In 2018, Jasmyne led the effort as campaign director for Reform L.A. Jails, a criminal justice reform ballot measure that will appear on the 2020 ballot in Los Angeles County.

She currently works part-time as a Special Assistant to the President of the Los Angeles City Council and spends the rest of her time honing her passion of working with some of California’s top civil rights attorneys, criminal justice reform and social justice organizations providing communications counsel.

With one foot out of the Democratic Party due to its treatment of Black people and their issues, instead of leaving, Jasmyne chose to stay and get more involved. She is currently running for a delegate position to the Los Angeles County Central Committee.

She proudly credits Democratic major donor Ed Buck with giving her the push she needed to get more engaged in the Democratic Party locally and on a statewide level. This came after Buck was not prosecuted in the 2017 crystal meth overdose death of 26-year-old- Gemmel Moore at Buck’s West Hollywood apartment. Buck, who at the time was close friends with the chair of the California Democratic Party, which remained silent on the issue, escaped criminal charges in the death of Moore, a young Black gay man who documented in his journal how Buck had gotten him addicted to crystal meth.

No stranger to radio, she is a former co-anchor and reporter for the “Evening News” on Los Angeles Pacifica radio station 90.7FM KPFK. Prior to its recent cancellation, Ms. Cannick was a regular on TVOne’s NewsOne Now with Roland Martin and continues to appear on Martin’s new show “Roland Martin: Unfiltered.”

Jasmyne has been a regular commentator on NPR including the now-defunct “News and Notes” shows. She’s worked as a segment producer on KJLH-FM’s “Front Page” show and continues to be a regular contributor to Southern California’s premiere news and current affairs show focused on the African-American community. She is also a regular contributor to KABC 790 AM’s “Midday Live with Dr. Drew.”

Featured in Emmy Magazine as an up and coming producer, she’s produced several films and television projects among them the documentary 41st and Central: The Untold Story of the Los Angeles Black Panthers and Noah’s Arc, the first African-American LGBT television series.

She is the co-founder of My Hood Votes along with Compton rapper Eric “Eazy-E” Wright’s son Lil E, a voter registration initiative focused on Los Angeles County’s roughest neighborhoods. Jasmyne is a proud co-founder of the National Black Justice Coalition, the nation’s largest and oldest Black lesbian, gay, bisexual and transgender civil rights organization. She is a past co-chair of the National Stonewall Democrats Black Caucus.

Thanks to her good friend actor Isaiah Washington, the Pan African Film Festival, and African Ancestry, Jasmyne traced her African ancestry to the Bubi people in Bioko Island and the Tikar, Hausa, and Fulani peoples of Cameroon.

A SoCal native by way of Hermosa Beach and Compton, in her spare time Jasmyne enjoys hiking and tennis. She’s been very open and loves to speak about her life including her time in foster care, struggle with food dependency, body positivity and her recent hysterectomy due to fibroids. She is passionate about plus-sized fashion and supports a number of body positive brands.

She continues to be a popular speaker at colleges, universities, conferences, and events discussing the intersection of politics, race, social issues, LGBT civil rights for the 21st century.

Overall, has it been relatively smooth? If not, what were some of the struggles along the way?
Struggles include being in the foster care system, being a Black woman working in politics which is a male-dominated field, getting respect from my peers for my work and demanding the equal pay in a field dominated by white men. I remember there was a time, I was working so much but people were not paying me on time. I ended up losing my apartment and getting evicted. It was devastating and it took me about two years to get back on my feet but I did it and I learned some valuable lessons from the experience.

What is “success” or “successful” for you?
I define success by a few things —

1. How much I am making in comparison to my white female and male counterparts in the same field.
2. Having the respect and trust of my community.
3. Knowing inside that I am making a positive difference in my community and the world with the work I am doing.
4. I also define success by how many people around me are successful. I try to be a mentor and the friend that is helpful to others. A lot of people helped me get to where I am and I am always happy to pass it forward. 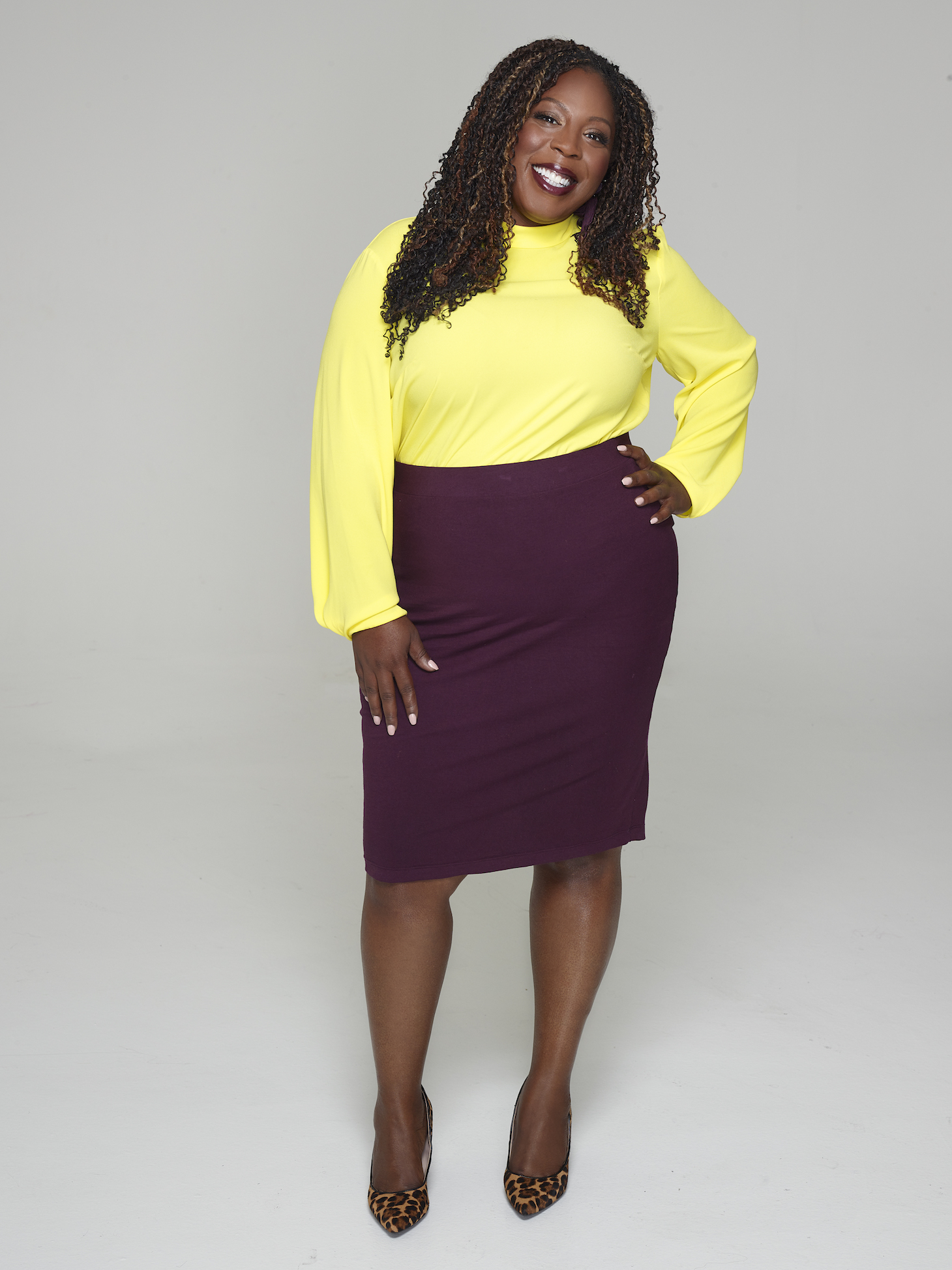 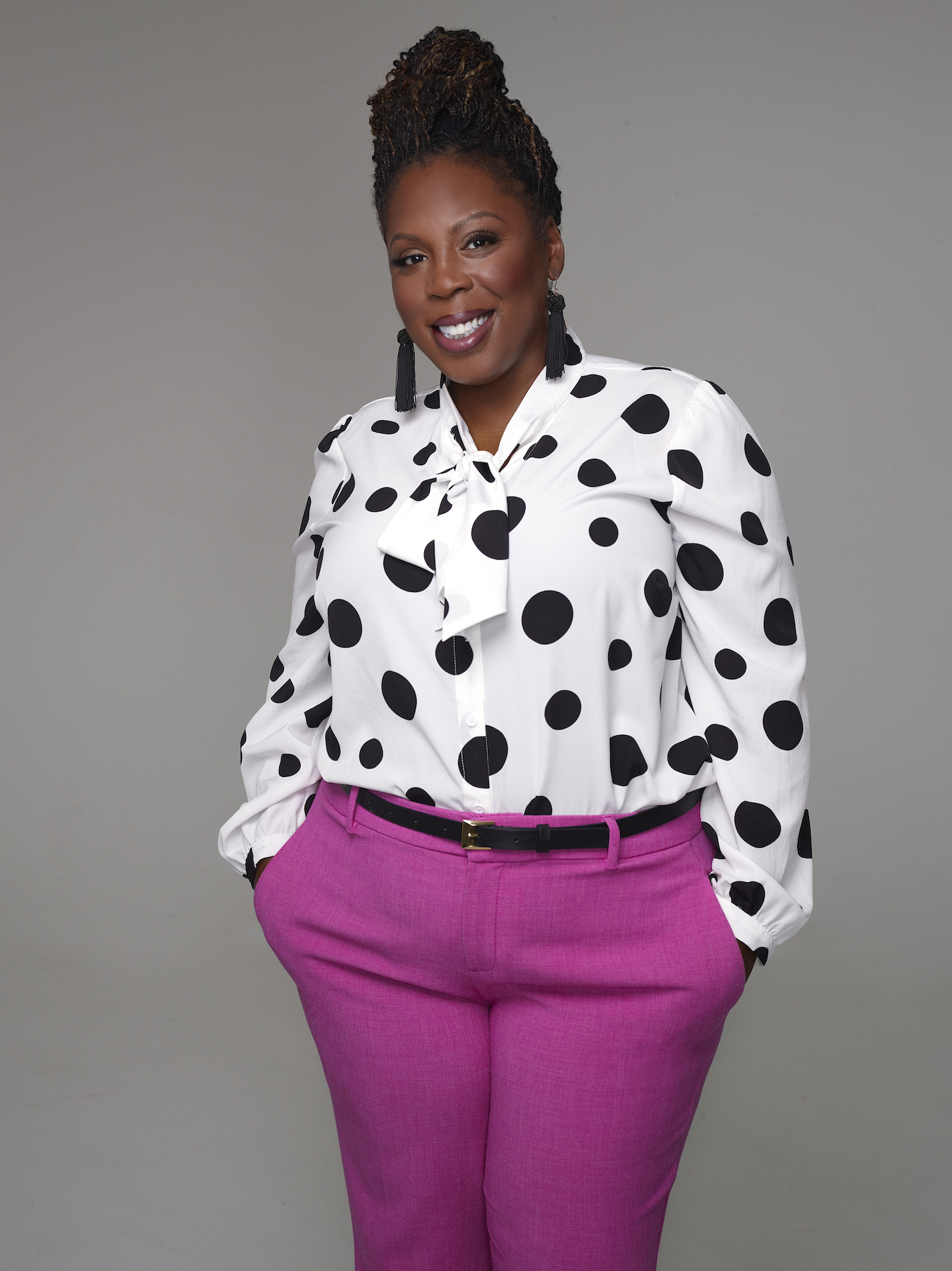 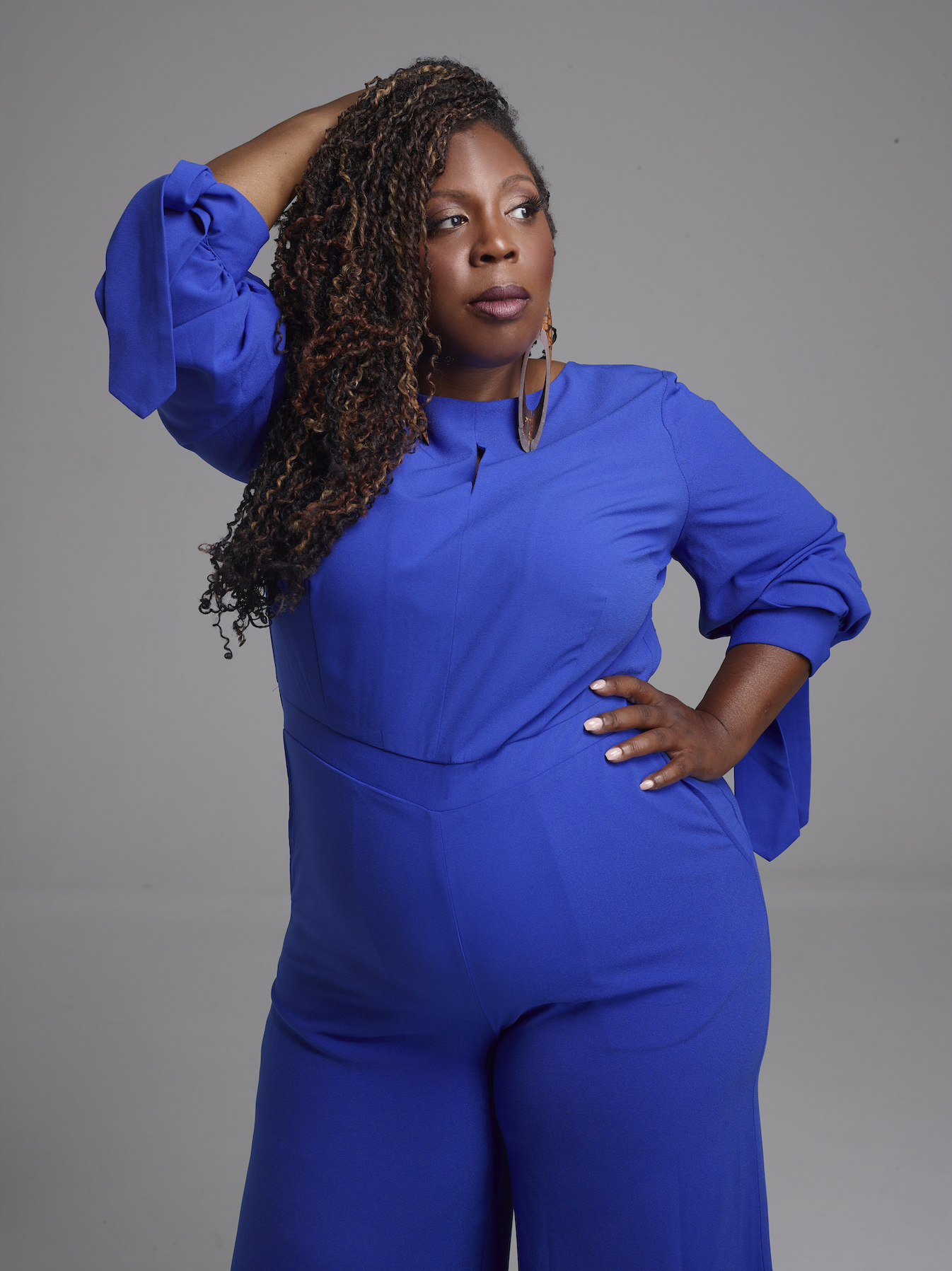 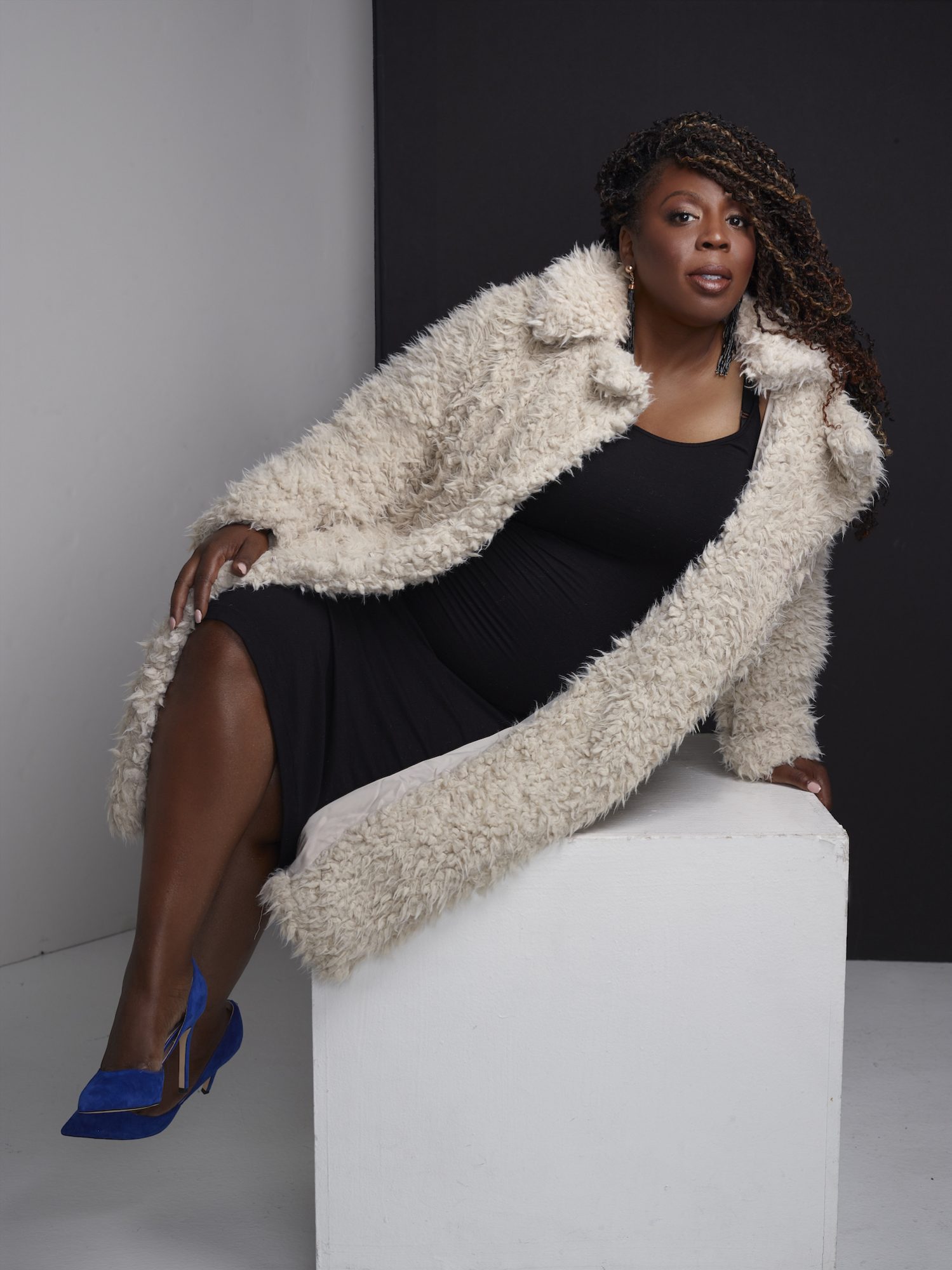