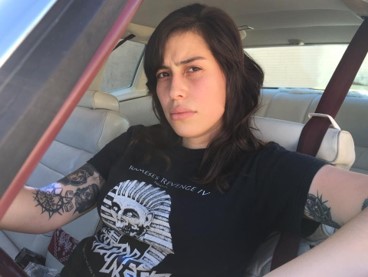 Today we’d like to introduce you to Jacqueline Valenzuela.

So, before we jump into specific questions about the business, why don’t you give us some details about you and your story.
As a young child, I always enjoyed drawing. It was my favorite thing to do, and assignments that were creativity driven were my favorite.

During those years, I enjoyed hanging out with my older brother, Alex, who had lots of art supplies and sketchbooks. To this day, I still have some of his old art supplies. I also constantly saw these funny cartoons my dad would draw off his coworkers and friends. To say the least, being around creative family members was really exciting for me because it drove me to want to draw.

In my early teenage years, I wasn’t very much involved with my creative side. Every once in a while I would draw but not nearly as often as when I was a child. I was heavily into the underground punk scene in East L.A., Montebello, Boyle Heights, and Whittier. As a young teenage girl with a Chelsea cut (a shaved head with bangs), I was constantly around people within these subcultures that were covered in tattoos. I dreamed of being a tattoo artist.

My English teacher at the time wasn’t too keen on this career choice of mine. He encouraged me to take my SATs and apply to various colleges. He insisted that my grades and test scores were so good that I would be wasting time by not going to college. So I did it, and when faced with choosing a major all I felt I could possibly be interested in was art. I started at CSULB in the fall of 2015.

By the end of my first semester, I felt I had made the right choice. I was learning about art both from a  creative point of view as well as a historical point of view. Ultimately I would apply to the Drawing and Painting BFA. I got accepted and I felt very much accomplished. I was a first-gen Mexican-American on her way to completing a college degree in something she truly loved.

As I progressed as an artist I was constantly pulled in two directions. Should I do abstract art? Filled with chroma, shapes, lines, and concepts. Or representational art?

Recognizable images that I always dreamed of executing as a child. Then came another obstacle. I mean what were the subjects that I was most interested in? I struggled a lot at first. I knew I wanted to mix abstraction and representation into hybridity.

But, I constantly felt that I was obligated to depict cultural aspects. I felt that as a Mexican-American I had to create work focused on my parent’s birthplace of Mexico. It never felt right; of course, I had traveled there and experienced Mexico. Yet, I didn’t have the deep connection that someone from Mexico would have with their country. I instead found that I constantly wanted to paint about lowriding.

Growing up in Whittier, right off of Whittier Blvd. (AKA one of the most important cruising streets in L.A.) I always encountered lowriders early every Sunday morning. They were mesmerizing to me. The candied and flaked surfaces glimmered in the sun, catching everyone’s eyes. My partner, Mark, is an auto body worker but he is also a kustom painter. He exposed me to the deeper roots of lowrider culture.

I fell in love with his 1984 El Camino. I would come to own a pink 1975 Cadillac ElDorado because of Mark. But, very quickly I became aware of the sexist stereotypes within this community I had fallen in love with. Every time we drove my car somewhere men were quick to comment about how they loved my boyfriend’s car. He made it clear it was mine. Even so, most men didn’t take me seriously.

This experience pushed me to focus on women who lowride as the main subject for my hybrid paintings. By emphasizing the roles that these women play within the community, I hoped to show the lowrider community and people outside of it the importance of these women. Through interviews, I am able to gather information about each individual woman and her car. I then create work that idolizes them.

I feel it’s important to make it know that women can and do lowride. Yes, we work on our cars, know how to detail them, wash them and most importantly cruise them. I think that by making work that speaks to this community and to the general public, I can bring light to the stories of these women. I’m creating art that is true to me and my experiences as a woman within the Chicano and lowrider community.

Great, so let’s dig a little deeper into the story – has it been an easy path overall and if not, what were the challenges you’ve had to overcome?
This journey has not been a smooth road at all. As a first-gen Mexican-American, my parents were happy that I was going to college to pursue a career. But like many immigrant parents, they were worried about the likeliness of actually making money out of this career choice. Although I did and still do have their support, I know this is something that they deeply worry about.

To top it off as a woman and a child of Mexican parents I didn’t have many WOC artists shown to me in art school. I was mostly shown white men or white women artists. This art is important obviously, but it wasn’t encouraging to have a professor ask, “How relevant is your culture if it’s not universal?” when critiquing my work. Yet, at the same time being shown work that I didn’t consider universal to my experiences.

Despite this, I’ve made it a priority to look into POC artists that focus on their cultural identity because it’s motivating to see people like yourself creating and succeeding in the art world. Although it’s been rough and sometimes I feel discouraged when pursuing new pieces or when I don’t feel there’s enough opportunities for people like me, I continue to push. I couldn’t imagine myself doing anything but drawing and painting.

We’d love to hear more about what you do.
I’m a painter. This medium is actually very versatile. I’ve painted on paper, canvas, and even airbrushed some pieces. I mostly specialize in oil paint, although I do use acrylic and gouache in some of my paintings due to the neon or iridescent pigmentations. I would say that I use various materials outside of just paint to build up layers on my paintings. Sometimes using oil pastels, crayons, ink, paint markers, and gold leaf on my paintings as well.

I am mostly known for my large unstretched canvas paintings that mimic the huge advertising tarps you often see in lower-income communities. They also reference the murals seen in these communities that comment on religious or social issues. In this case my art comments on the gender issue seen in the male-dominated lowrider community.

The murals and tarps are often defaced by graffiti, by using graffiti in my work I’m commenting on the well-hidden women lowriders. Since most lowriders are from lower-income areas and grow up in neighborhoods like these, I think it’s important that every aspect of my paintings can connect back to the streets these lowriders maneuver. The issue that my work highlights and battles is what I am most proud of.

My paintings comment on an issue that is unknown to the outside world because they often think that the only role women play within this community are as highly sexualized models that pose with these cars. I feel that by focusing on women and on a community that is often stereotyped by the outside world, I am able to bridge a connection.

Ultimately making it easier for the viewer to understand the issues women face in the lowrider community and the impact women lowriders have by choosing to cruise. This sets me apart because I don’t feel as if I have seen another woman artist who focuses on women within the lowriding community.

Do you look back particularly fondly on any memories from childhood?
My favorite memory from my childhood was one day in first grade when my teacher was having us write stories for an assignment. The best part was that I got to also decorate and draw all over the paper we were given.

I remember thinking my drawing was the best drawing ever. Activities like this were always my favorite because although I was good at math, English, and so on, drawing was still my favorite activity in class. I have many memories like this that are centered around creative projects. I still have many of my childhood drawings. It’s encouraging to know that I would make childhood me proud because I ended up pursuing my favorite thing. 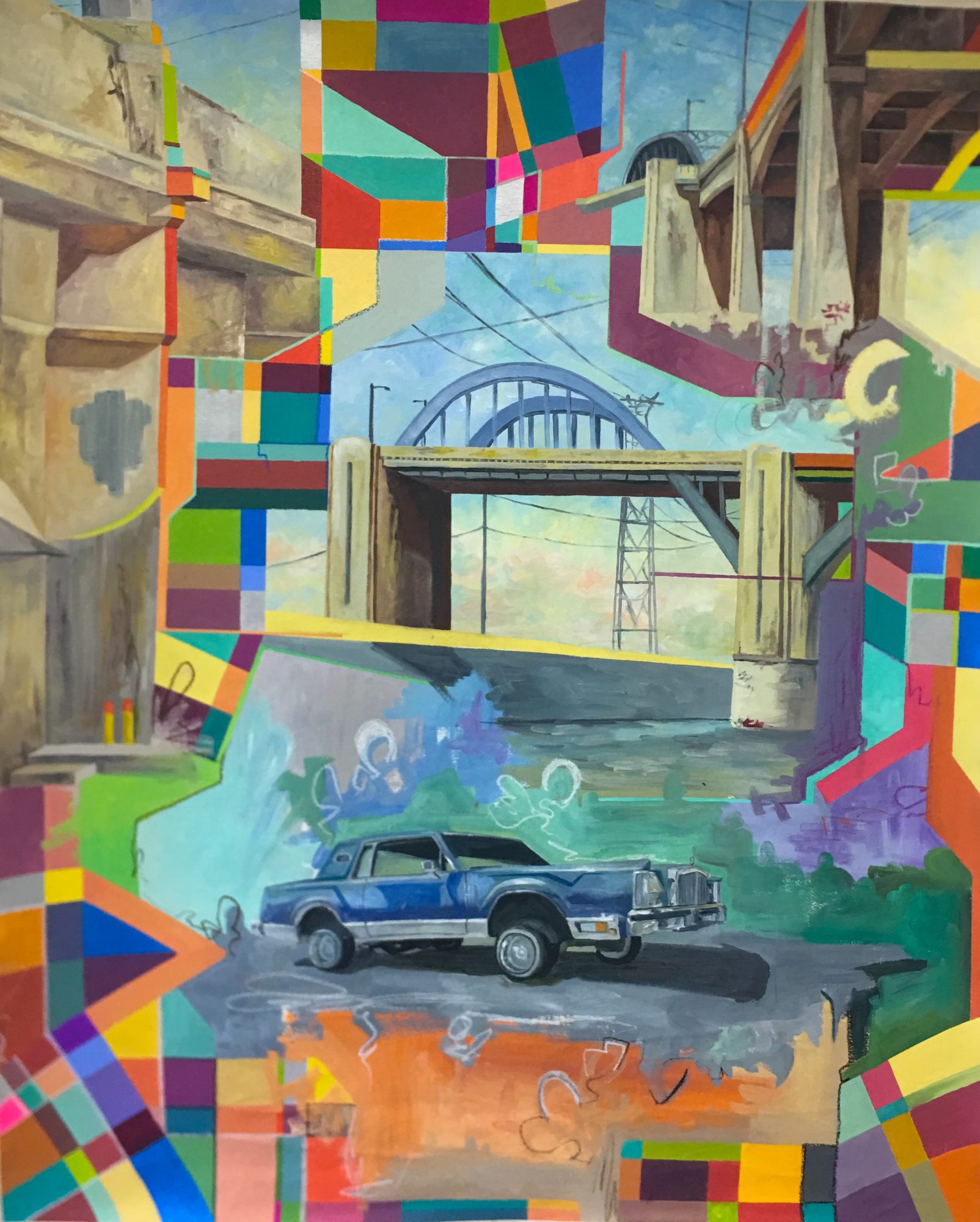 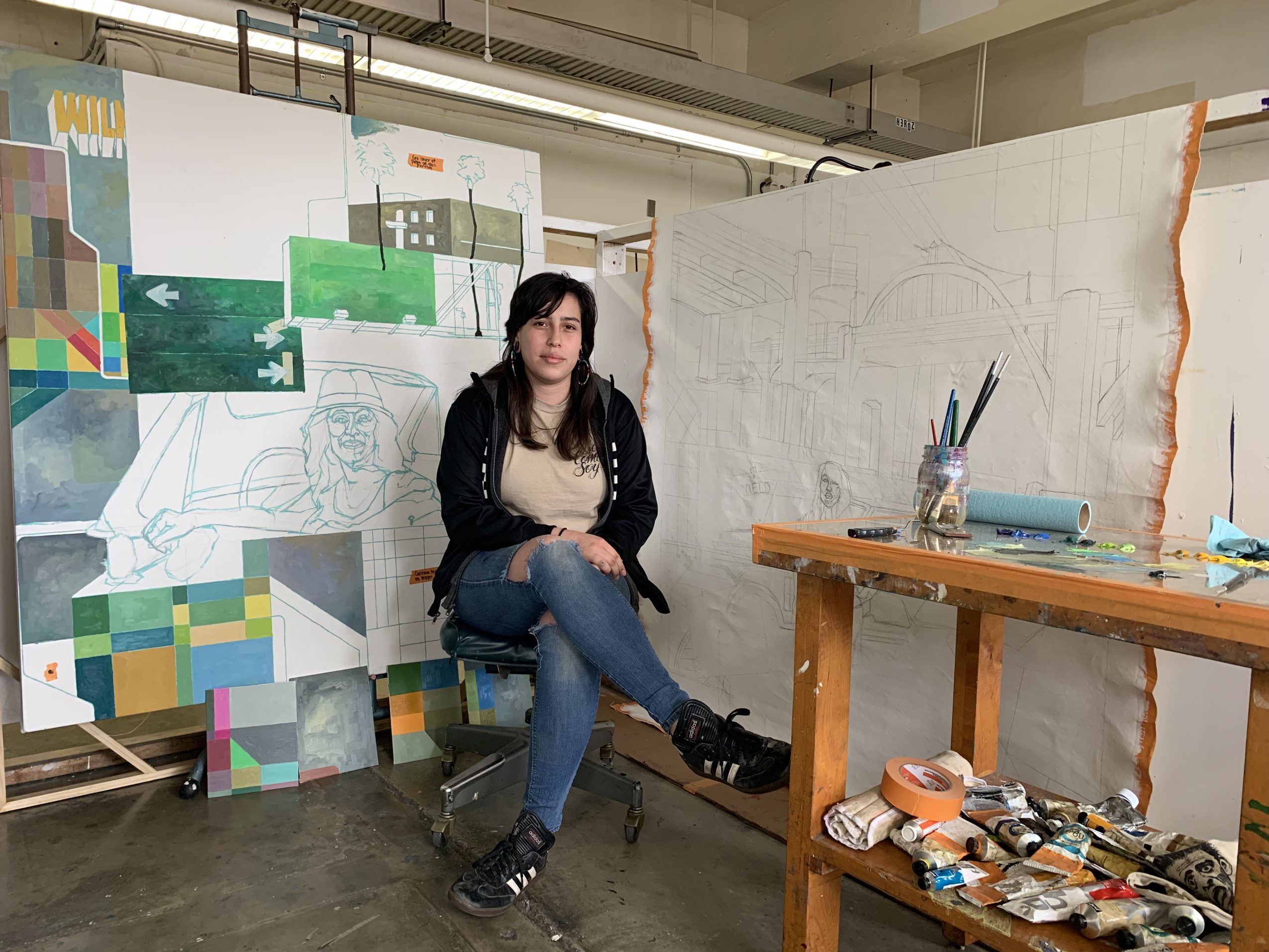 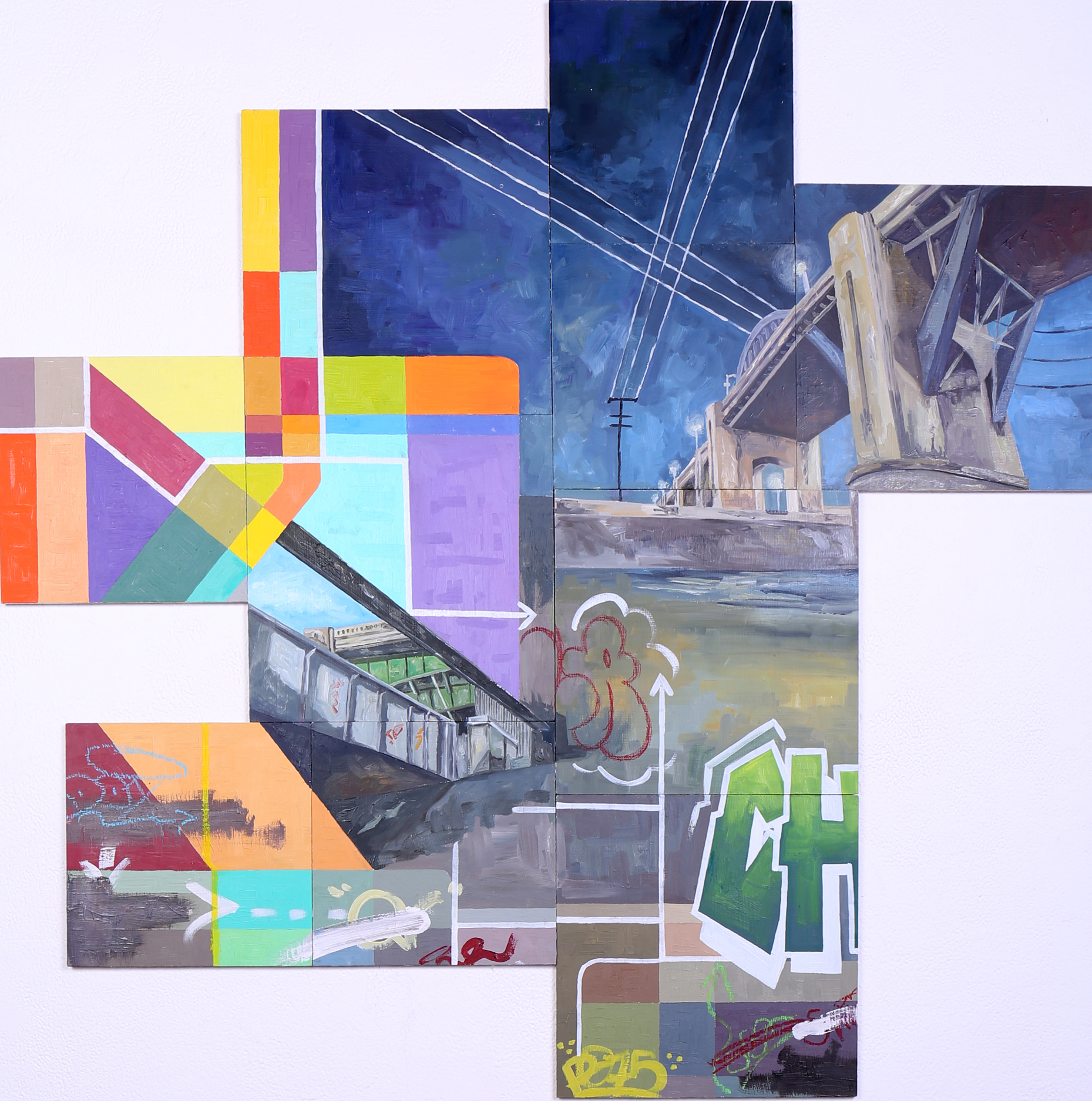 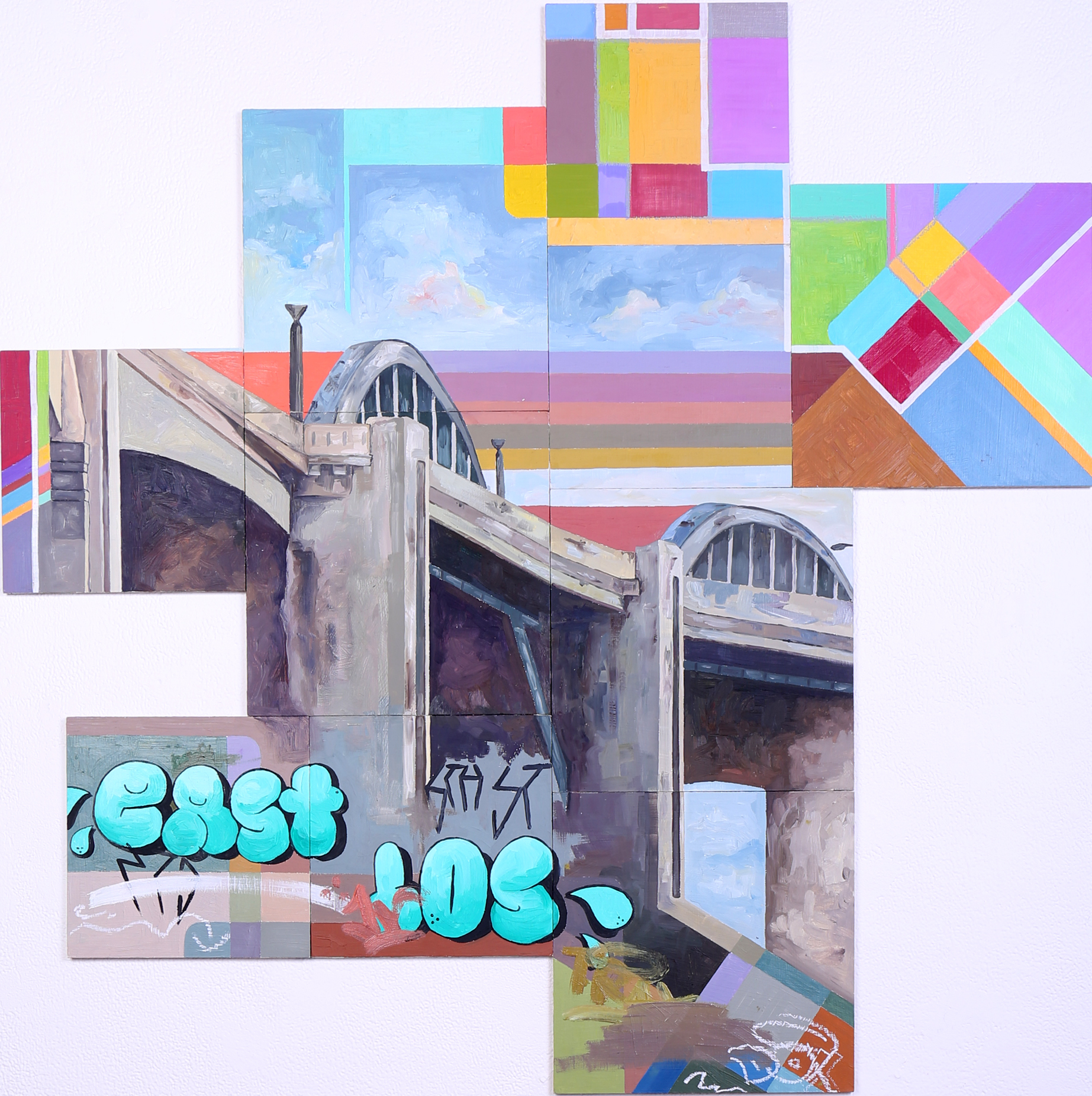 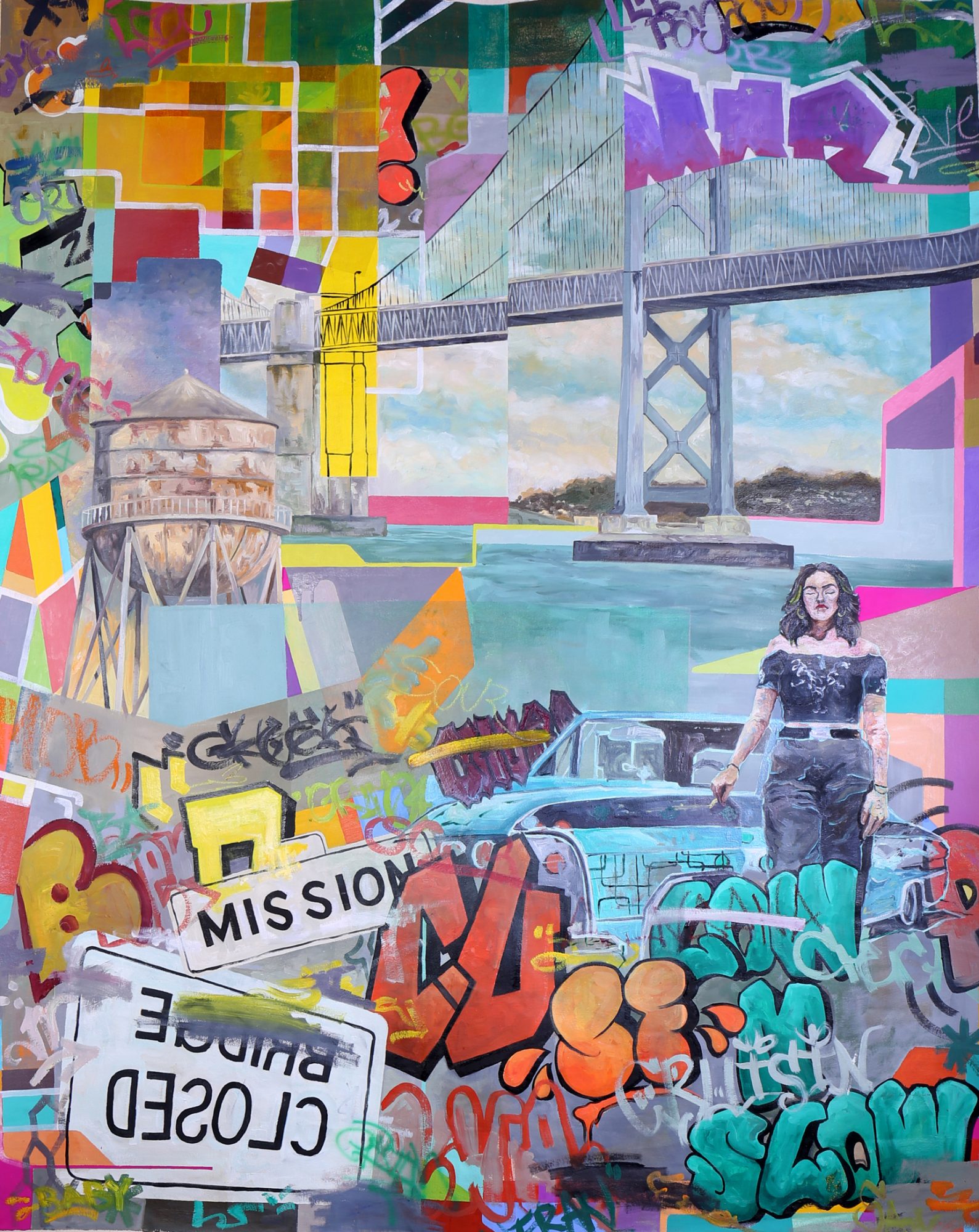