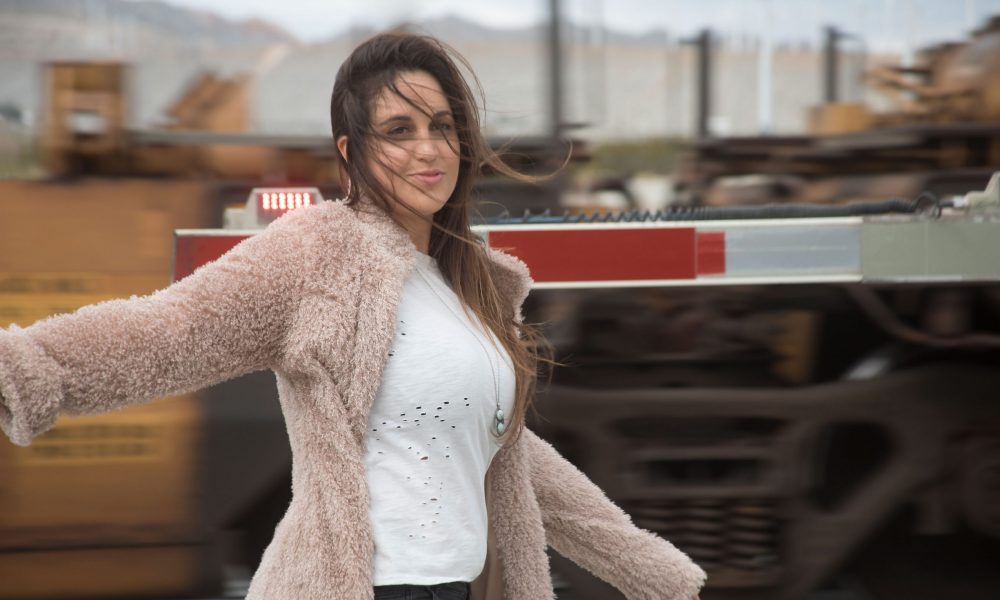 Today we’d like to introduce you to Inbar Starr.

Inbar, let’s start with your story. We’d love to hear how you got started and how the journey has been so far.
I was born in Israel on a kibbutz, a communal settlement that is traditionally agriculture-based. A very hippie place. And I was always singing, even before I could talk. My mom loves to tell the story of how when I was only a few months old she would sing a song to me and I would repeat the exact same notes back to her. Growing up in that environment, and with the Israeli culture in general, really helped to shape me, pushing me to think outside of the box and nourishing my craving for creativity.

I wrote my first original song when I was about seven years old. There was a talent competition in my school and I was the only first-grader to sign up. The song was about my goldfish, and I won third place. I remember that feeling, standing on the gym basketball court in front of hundreds of kids, holding a microphone and singing my little heart out. That feeling has never left me.

In school, I studied trumpet for four years, drums for two, as well as music theory and choir. I taught myself how to play guitar, piano and ukulele around age 14, and have not stopped writing songs ever since. Big musical influences for me at that time were Alanis Morissette, Avril Lavigne, Blink 182, Alicia Keys and Westlife.

I moved to LA in 2011 to meet cool musicians and to develop further as an artist. My first stop was a music school in Pasadena, which was a good cushion to land on since I didn’t know anybody here in this city. I met so many creative people at that school, and little did I know I would also meet my future husband there. He was a drum teacher at the school, though we met five years after I started going there.

With only $1,000 to my name — which paid for the first month’s rent for a room I’d found, and books for school — my first year in LA was spent learning everything I could about music. I was serving tables to earn a living, doing homework on the train back and forth to school, and sleeping on a friend’s couch when I’d worked late at the restaurant. And I kept writing songs, broadening my horizons into new musical styles and grooves.

In 2012, I joined a cruise ship as a solo guitarist/singer, my first full-time music job. The experience taught me so much more than school, and I would perform every night for four hours to an international crowd (and sometimes in rough seas). Plus I got to travel and see Alaska, Canada, the Caribbean and Mexico. While it was a blast, the cruise ship was also a bubble. So after completing a couple of multi-month contracts I returned to LA, motivated more than ever to keep pursuing my music career.

In 2013, I was endorsed by Daisy Rock Guitars and I won a YouTube competition held by Grammy-nominee Jamie Cullum. The prize was getting to meet him at his concert in Belgium, and this inspired me to do a small European tour. I played 10 shows around Switzerland, Germany, Holland and the UK. When I got back to LA, I got the opportunity to sing background vocals and play harmonica on a song by Taboo from the Black Eyed Peas. All these experiences taught me lots and gave me confidence and the reassurance that I was on the right path.

Nowadays I’m working on my first official album/EP, with help from my musician-producer husband and a talented group of musicians and friends. And you can catch me playing shows around LA four or five nights a week.

We’re always bombarded by how great it is to pursue your passion, etc – but we’ve spoken with enough people to know that it’s not always easy. Overall, would you say things have been easy for you?
I think life is always full of surprises and challenges, no matter what you choose to do.

There are some things that come easier. I’ve always found music to be comforting and it flows through me very easily. But my road so far has been packed with no shortage of challenges and I’ve had to navigate my way through a whole rainbow of different emotions. As an artist, ideally, you develop a thick skin so you can take rejection and criticism. But sometimes I break; I’m human after all. I always get up, though, and I get better and stronger at what I do.

Being a freelance musician, there are no guarantees or steadiness with anything I’m doing. But it’s also a life that can be full of magic and moments of pure happiness. Being able to take my feelings and put them into songs, that’s what moves me and makes me feel alive.

So let’s switch gears a bit and go into the Inbar Starr story. Tell us more about the business.
I write about my life through my music. I release a piece of my soul with each song I write and let people in a little bit more each time. It’s a very personal thing if you think about it, but that’s the best way to really connect to music and to other human beings. I found my true sound about three years ago, and it’s an ever-evolving, never-ending process.

But I’m so excited to soon release my first album/EP (by the end of 2018). It’s full of confessional songs that I’m super proud of. I’ve also been documenting the behind the scenes of making the record, which I’ll be releasing as a series on YouTube, so watch for that too.

As for what sets me apart?
It’s an interesting question. There’s one song on my new record that touches on this exact subject, funny enough. I can go on and on about how many hours we spent in the studio, creating new sounds and music that will sound unique and fresh. But I think it really comes down to who I am as a person. I carry with me so many stories and life experiences and, above all else, feelings that are my own.

And I use music as a platform to share it all and express it with my voice, figuratively speaking and literally. We are all unique human beings with a story to tell, no matter what we do. That’s why it’s so fun to read through your magazine and see all the different stories about creative people around LA.

Has luck played a meaningful role in your life and business?
Do you believe in manifestation and the law of attraction? I do. Everything around me and the things that have happened to me, a lot of times I’ve already imagined this happening. I think we can create our own luck and reality.

The part I’m not the best at is patience. Things take time to bud and grow and it’s only after they happen and I’ve experienced them that I can truly look back and call it luck, and appreciate the process I went through. But let’s talk again in a couple of years when I’m playing a stadium tour and my answer may be more defined. See what I did there? Bring it on. 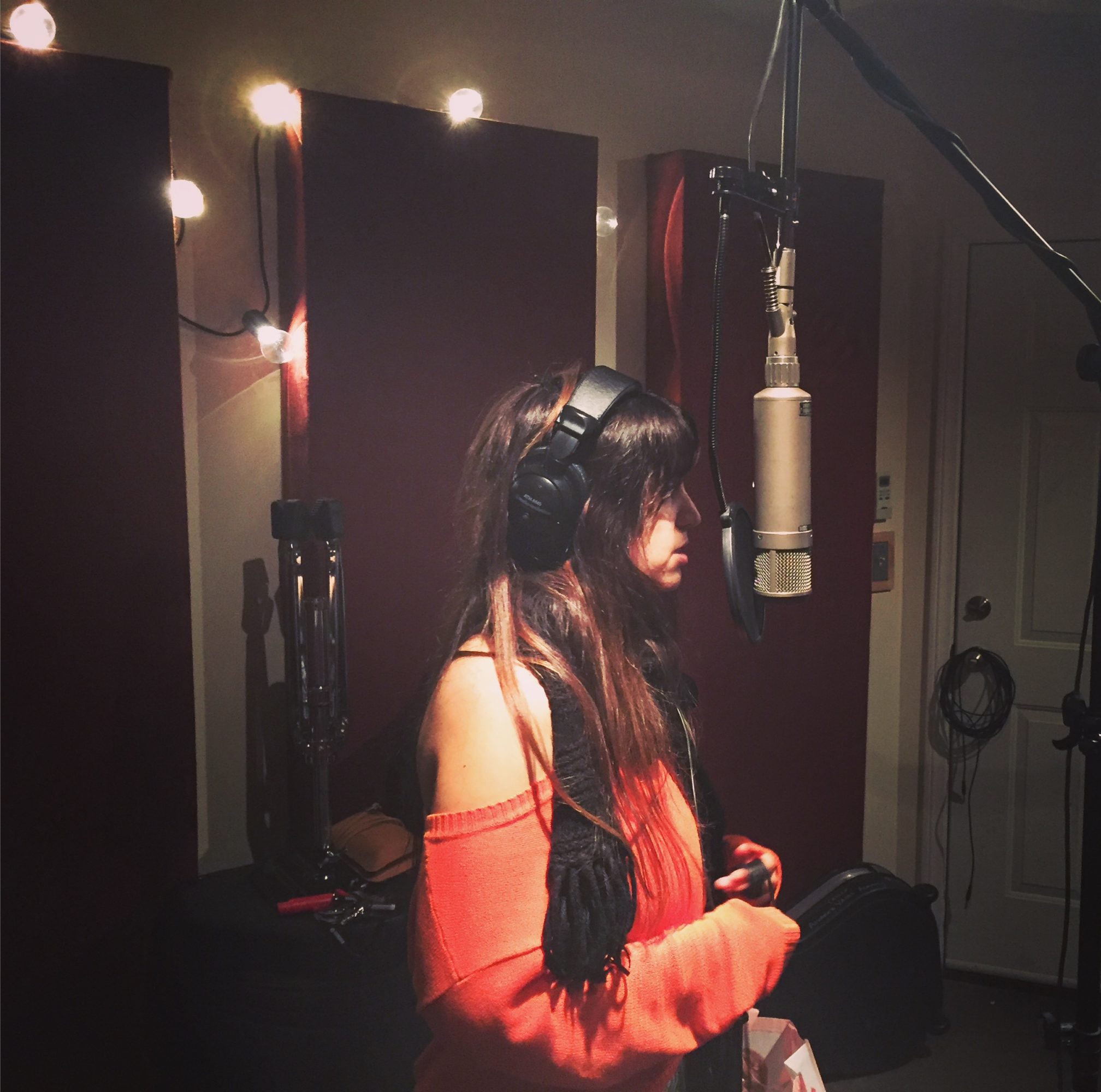 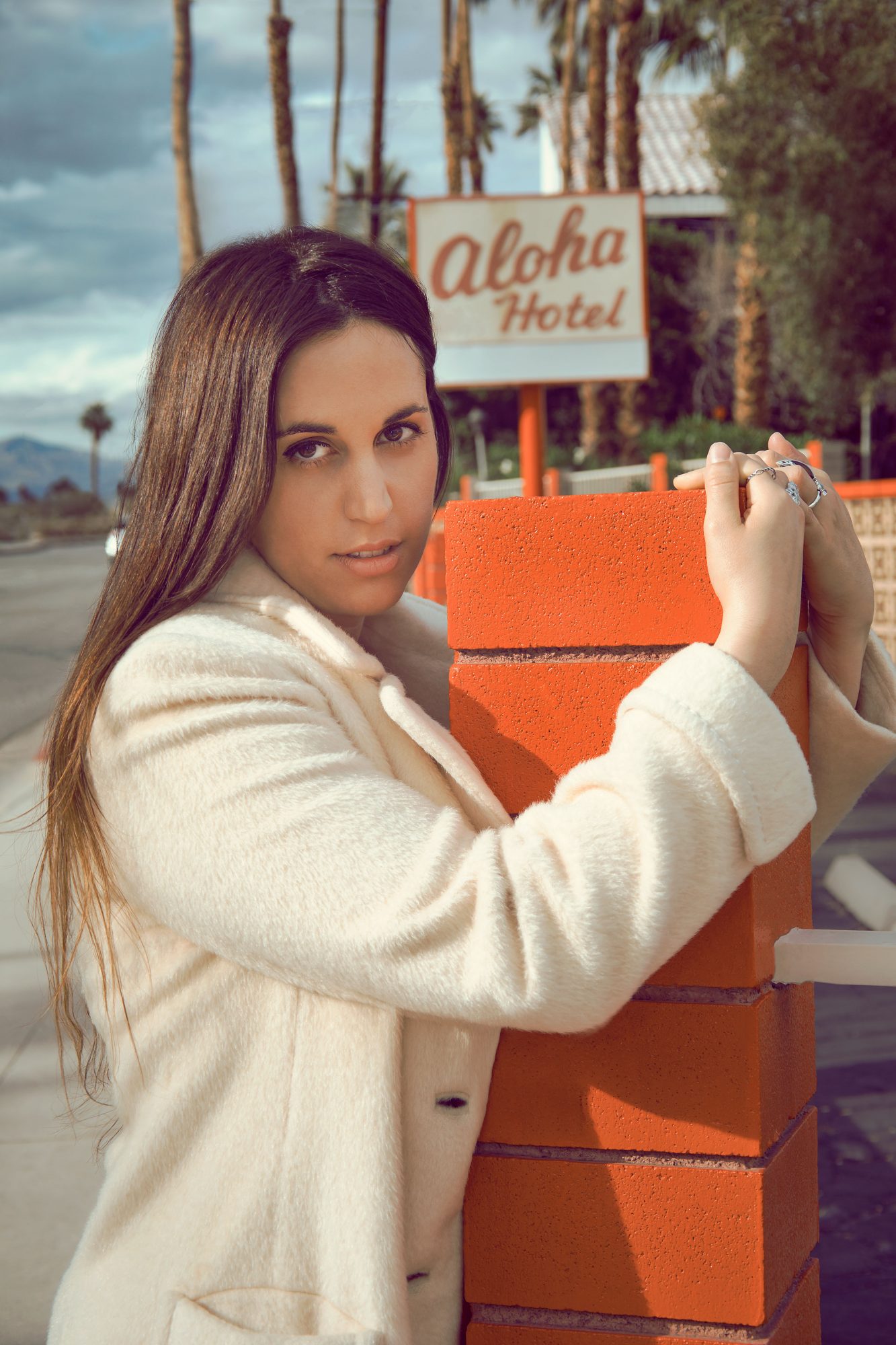 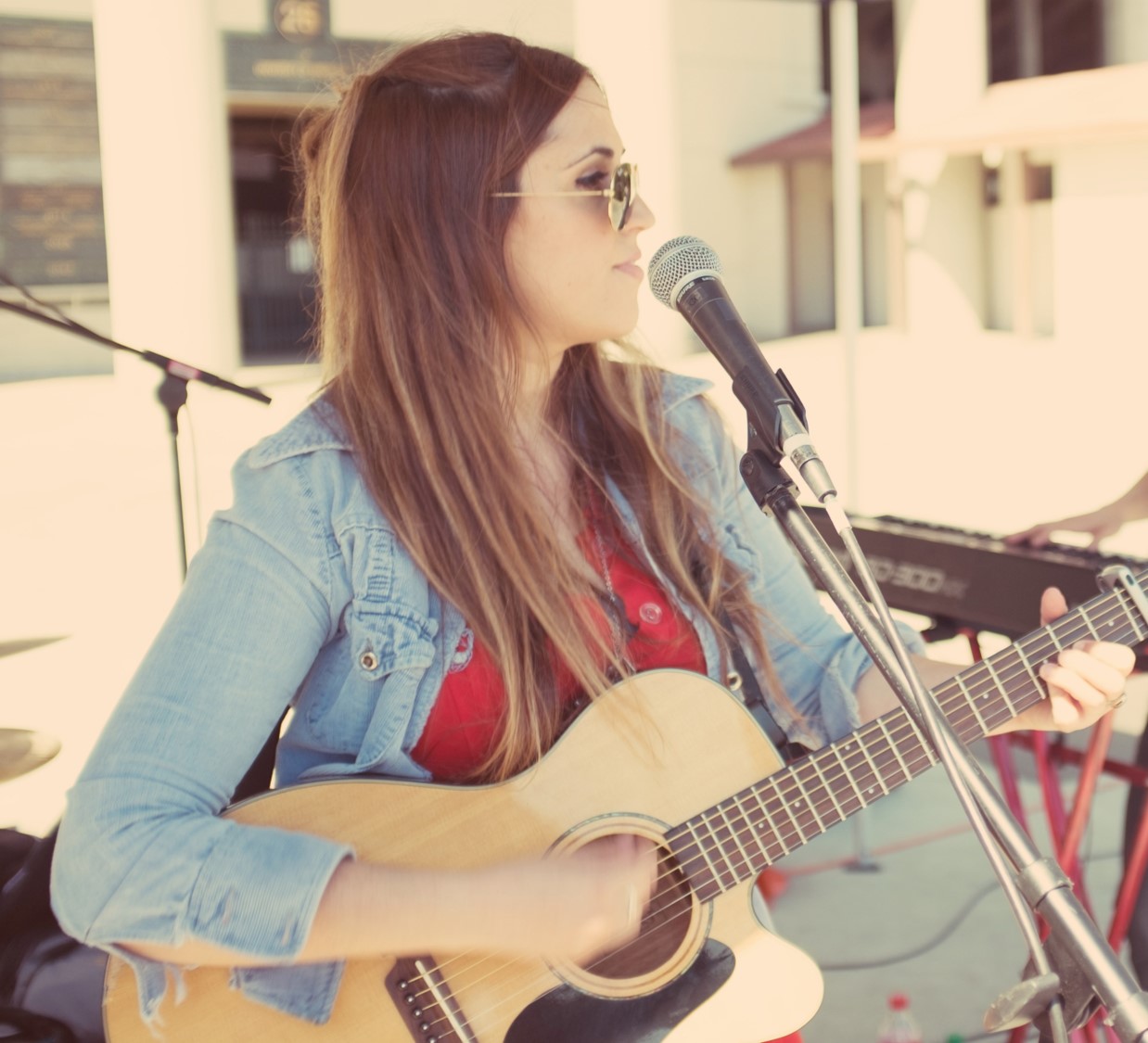 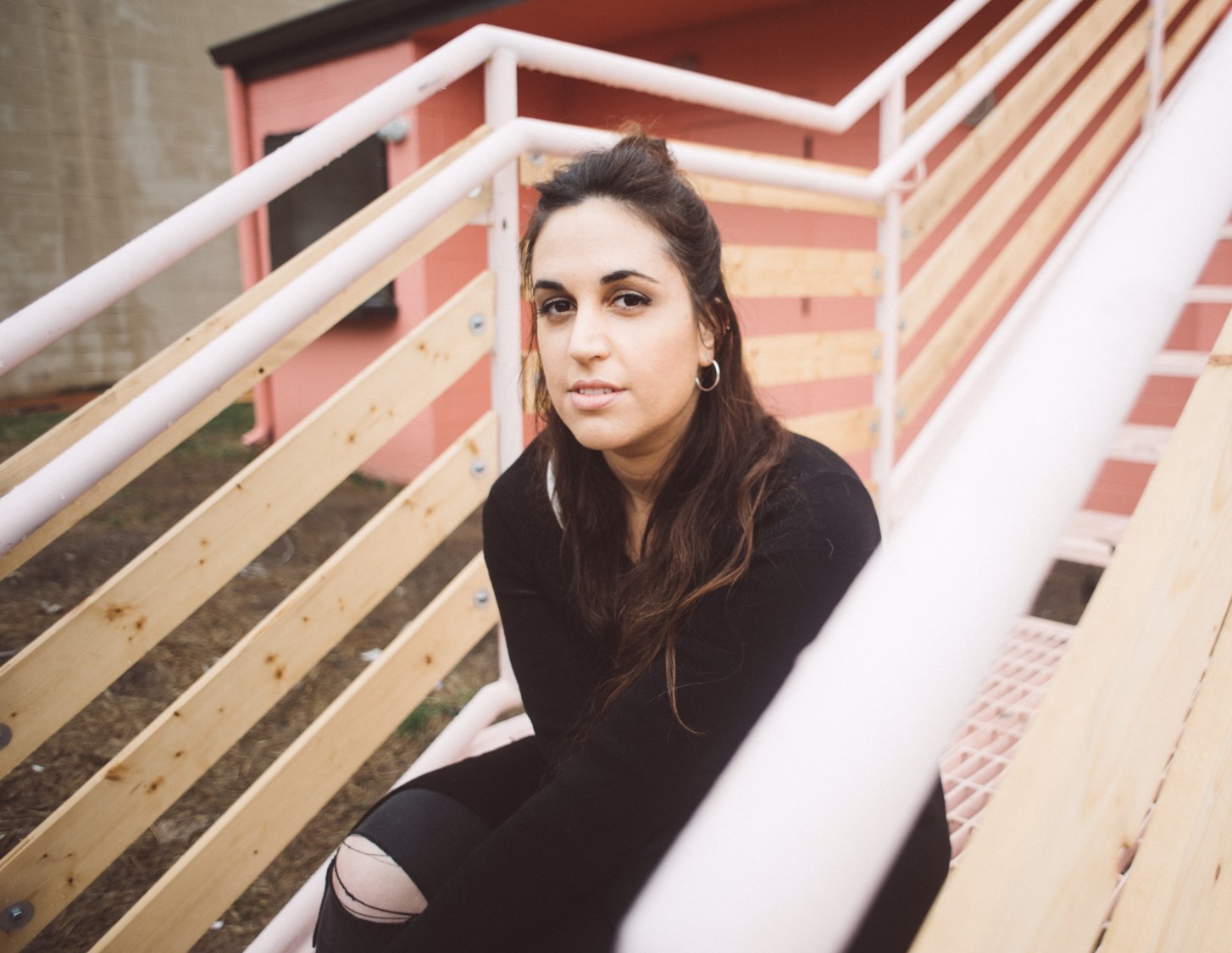 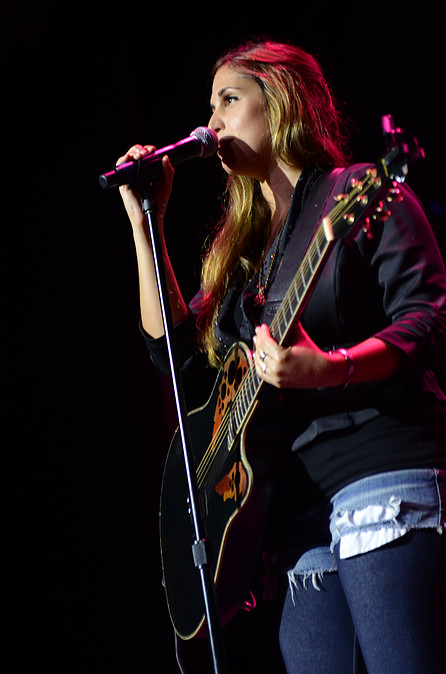